Cycle update
Man weird. Since I used salient test kit and the kit never got over 1.5ppm ammonia to kick start the cycle. It to all ruined my cycle. We kept swing ammonia adding ammonia adding ammonia still 1.5ppm I bought a pi test kit tested ammonia and omg ammonia off the charts lol. That was august 3rd. We let it sit week later ammonia was 0ppm nitrite was off the color chart .and nitrates were as well. 3 weeks go by and nitrite and nitrates still off charts. I read to dilute tests to see how high they really are so I did half tank water half fresh salt still nitrites off charts

I tested my fresh made salt water and it tests 0 nitrites and nitrates so I know we're diluting it but crazy how high it is since it hasn't dropped below the darkest color yet!.

We plan on doing 2 35g WC tomorrow then 2 more 35g WC Sunday on my next day off. Hoping with bacteria in tank already and WC it hopefully will be done Monday since qt fish suppose to go in Monday and pick up 4 wrasse for qt Tuesday. But this might not be happening now lol

After 5 35 gallon water changes. I think I got nitrite to 2ppm (api test) I diluted it 50% and tested and go 1ppm. Easier to read. So I dosed a little ammonia. It's at about .50ppm. I'm gonna wait it out. I hope I have nitrite eating bacteria. But finally got it at 2ppm. God knows what the heck my nitrite was. Like 20? It atleast felt like it.

Question do I continue to dose like 1ppm ammonia or just leave ammonia 0 and hopefully nitrite goes away the rest of the way on its own?

I'm sorry to hear about all the trouble you have had with Waterbox. I got mine (230.6) a few months ago and have had nothing but good experiences with them. I LOVE my Waterbox and am thrilled with Every aspect of it.

You have done an amazing job with the plumbing on this tank. I wish I had some of those skills!
OP 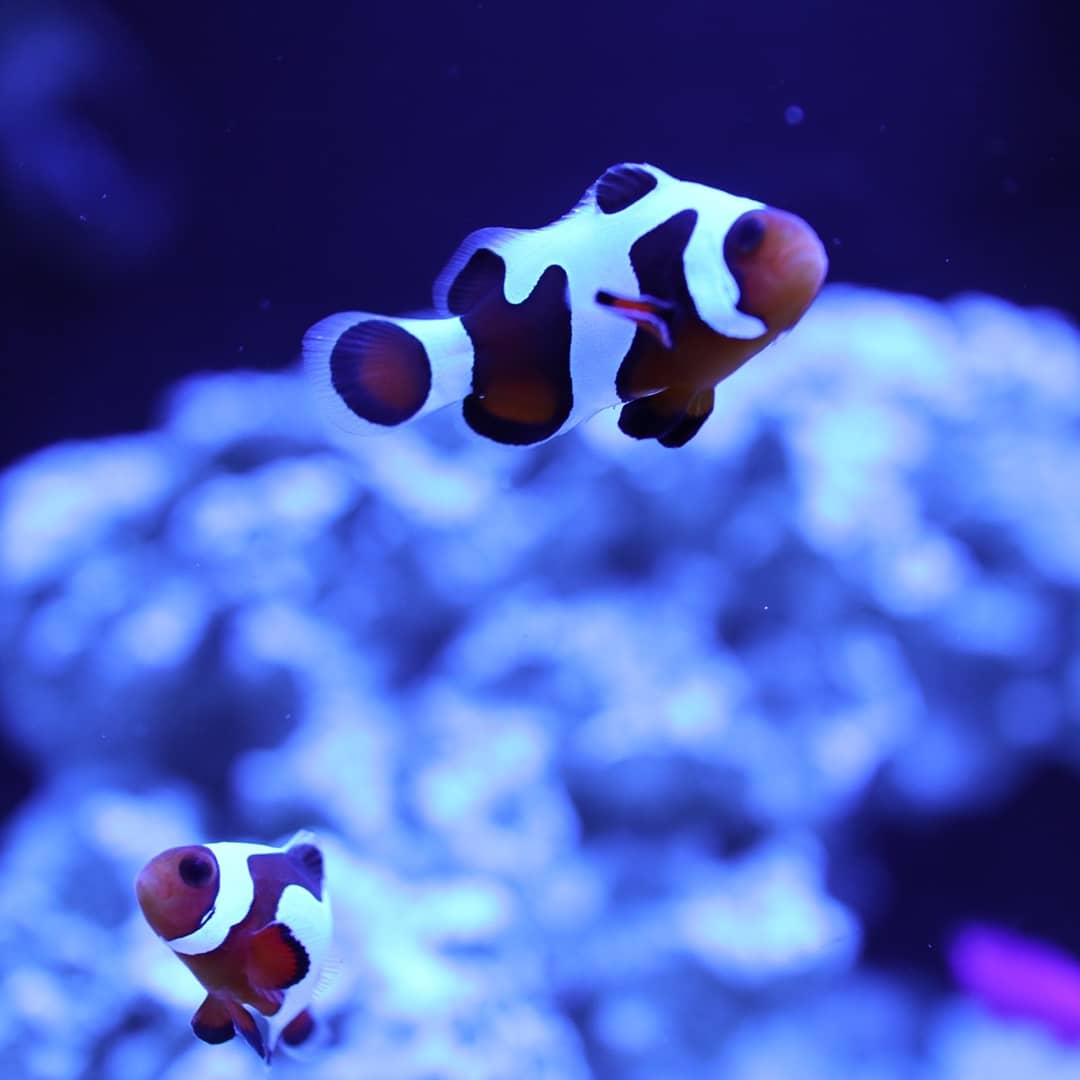 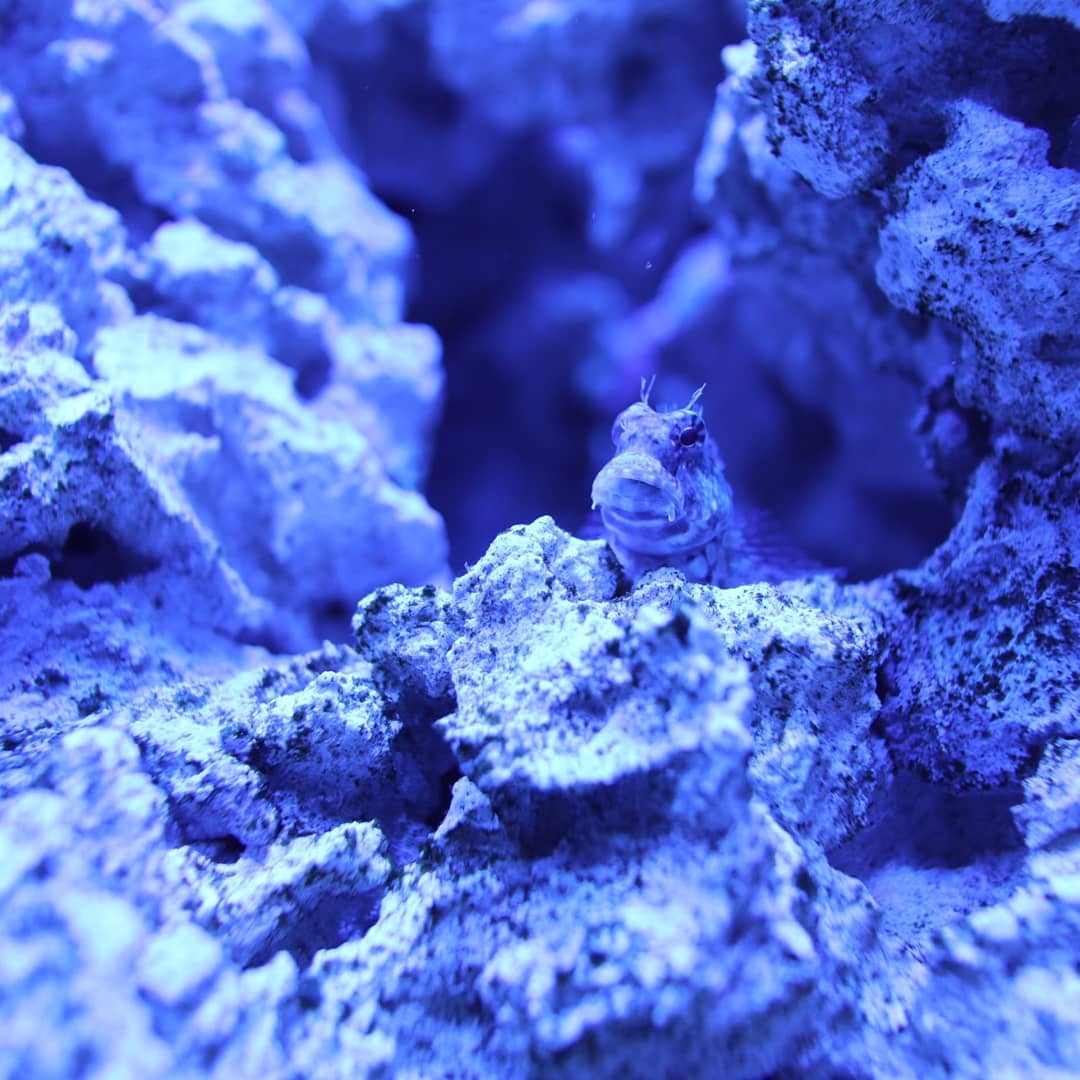 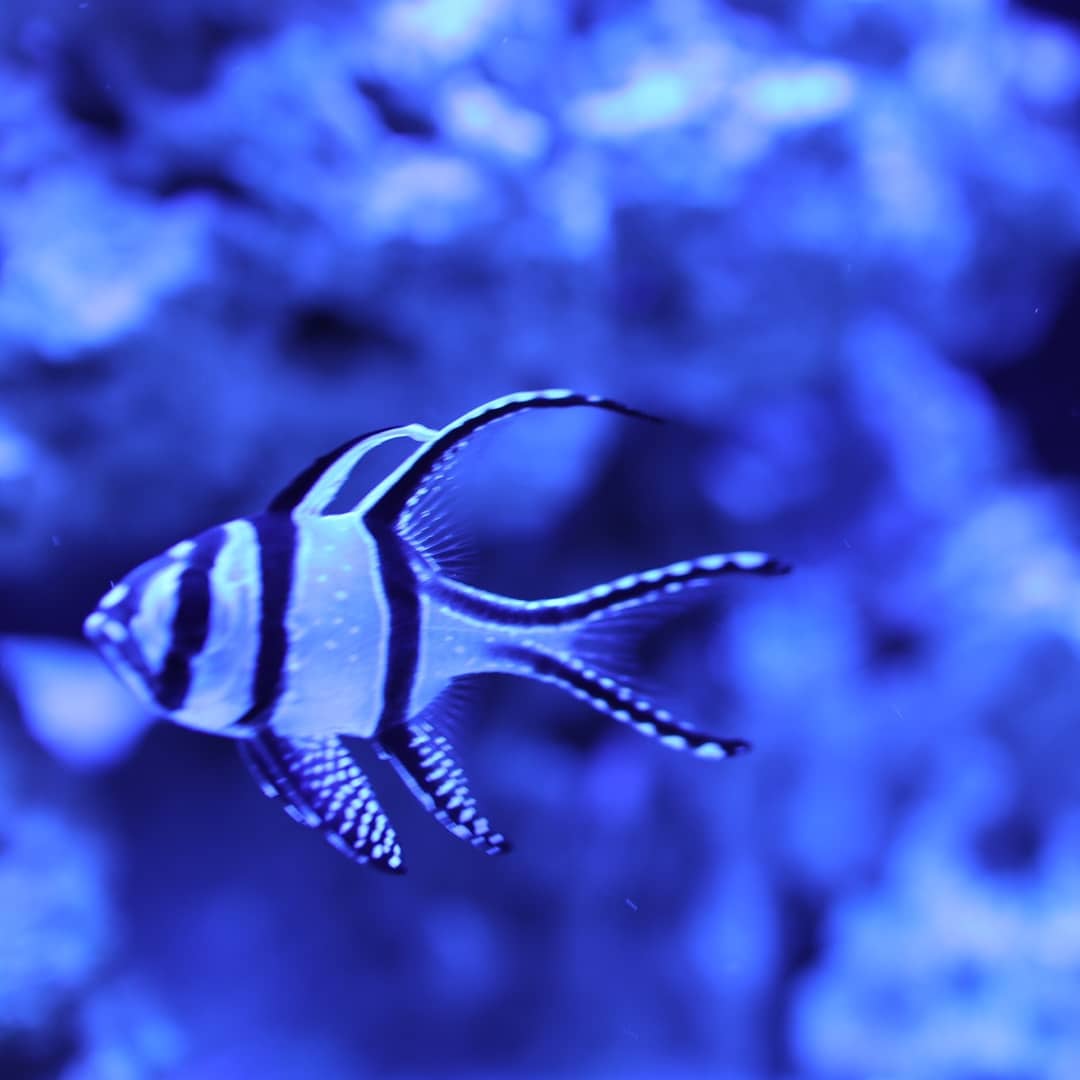 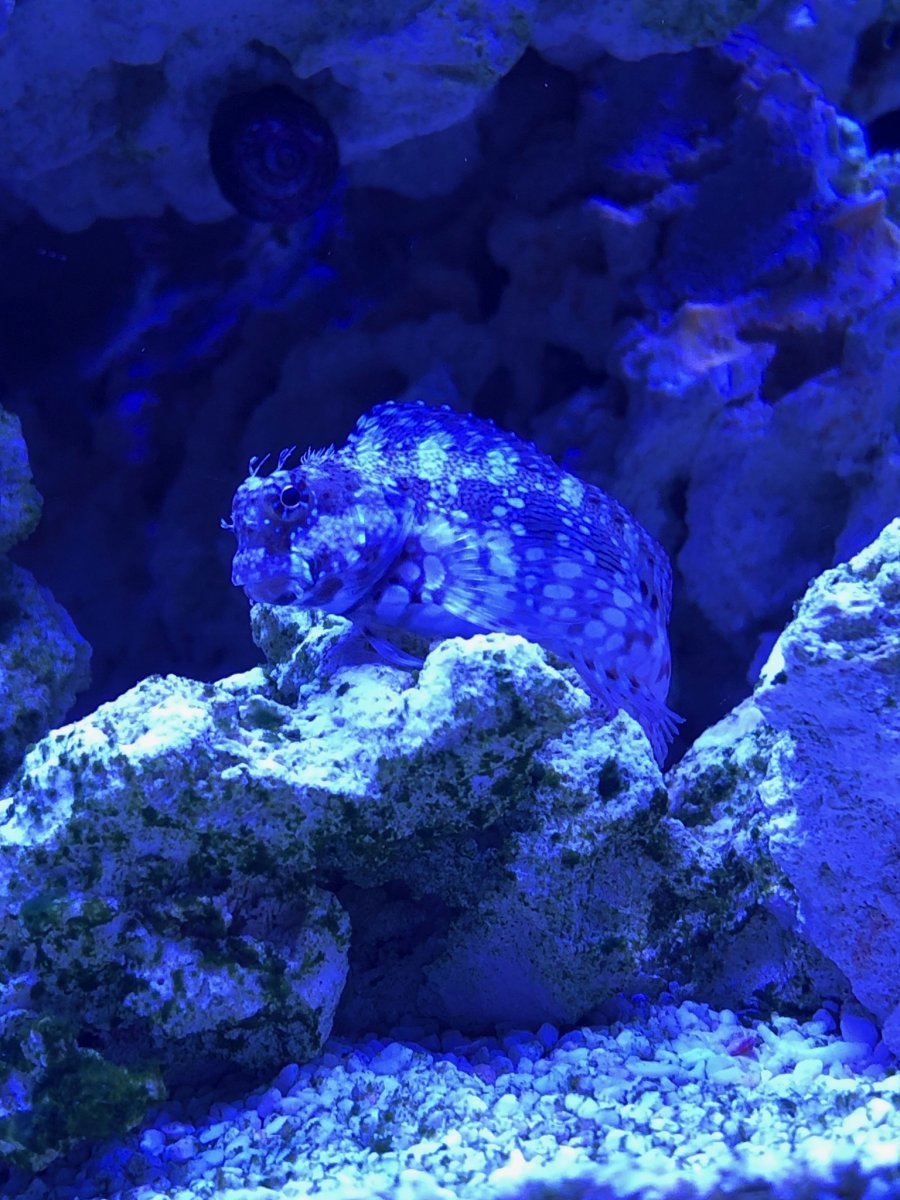 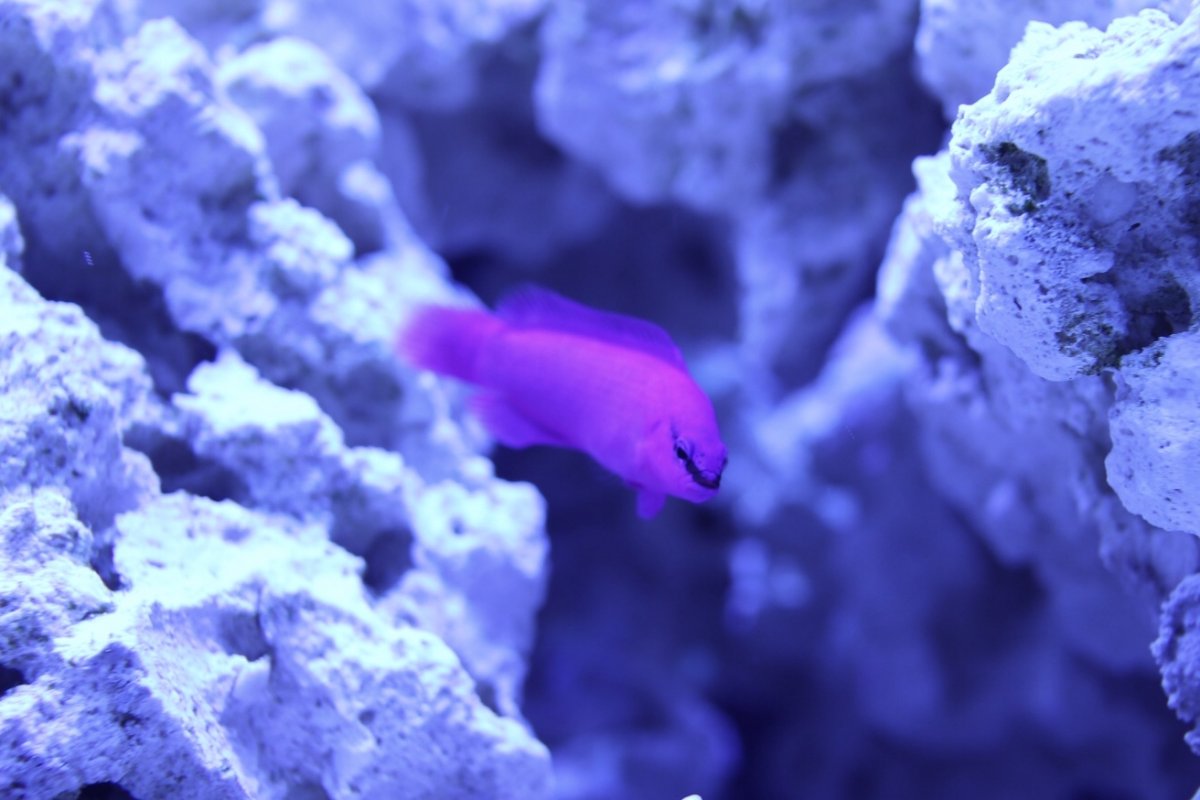 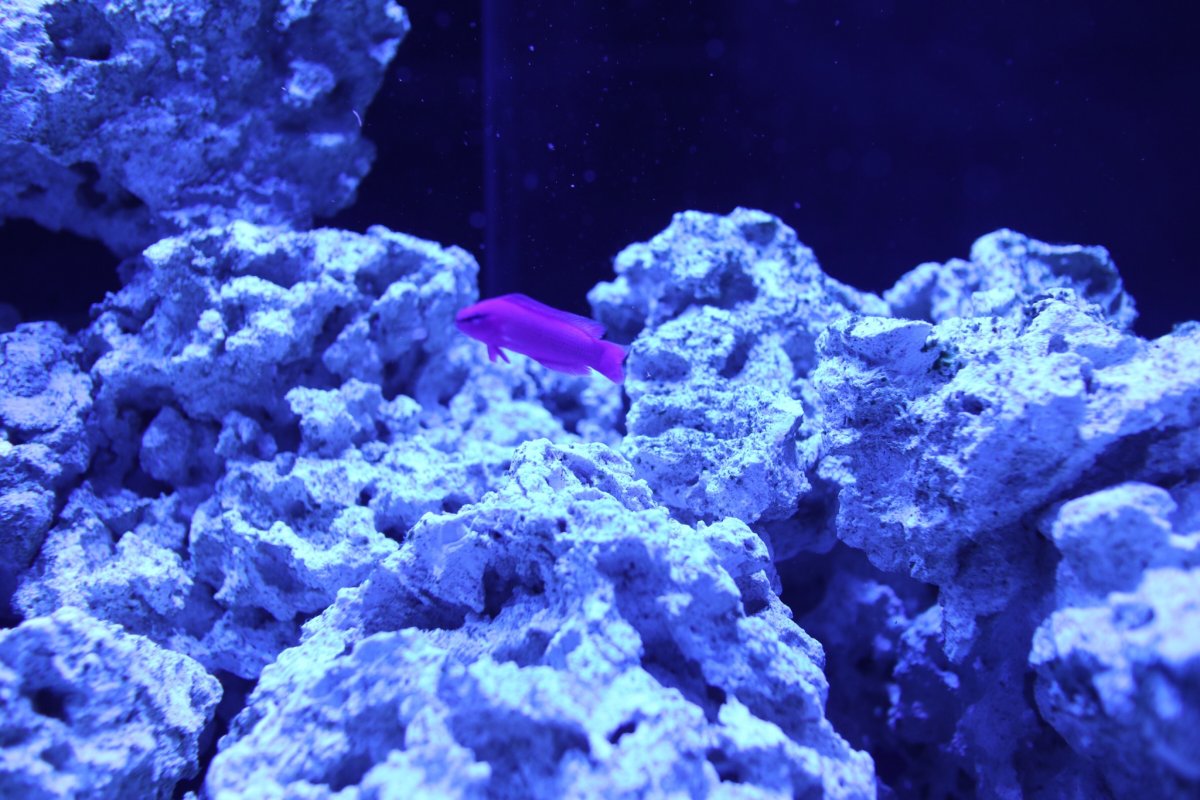 my lawnmower as basically made my 120lbs rock and everything spotless. I mean spotless. Lol

Meanwhile I have 3 wrasses currently in QT. Hooded fairy female, Male carpenter flasher, and what appears to be a female pink margin fairy. I have a exquisite who was a bully but didnt make it at a copper level above 1. He died within hours. I was bummed but have a pintail fairy to replace him that is being qt for me 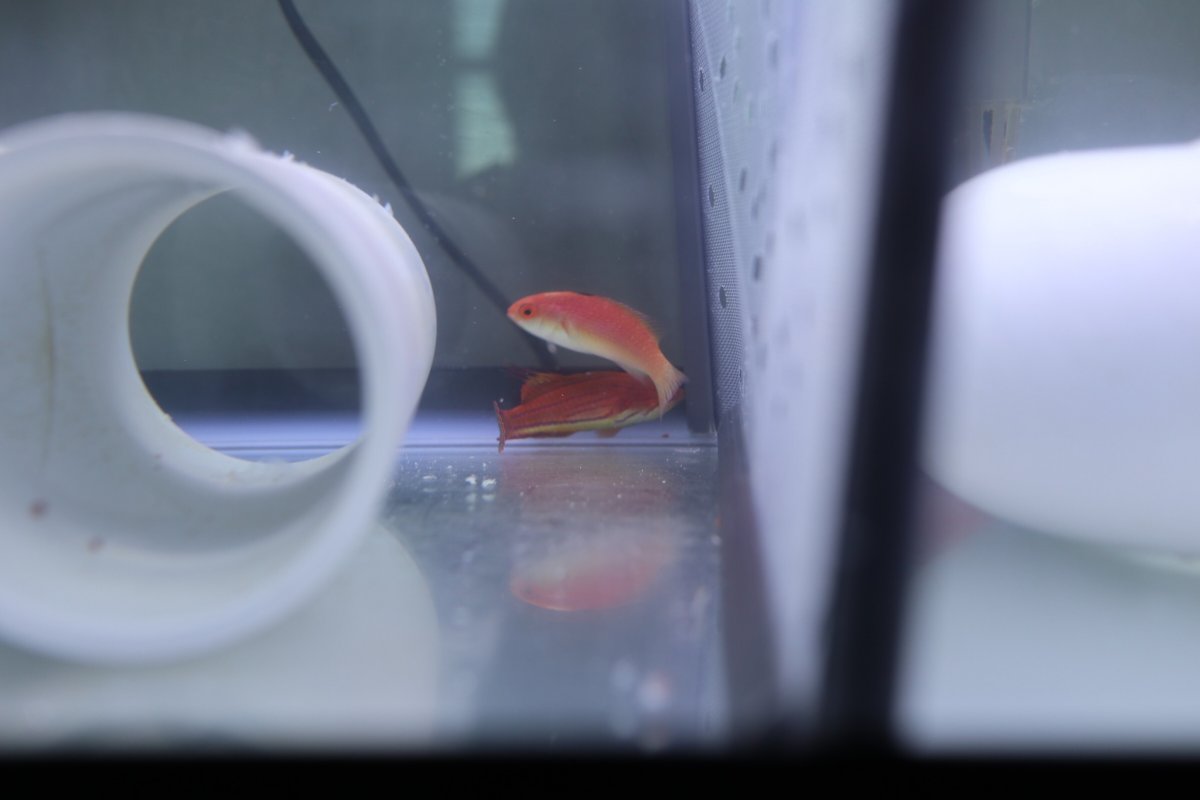 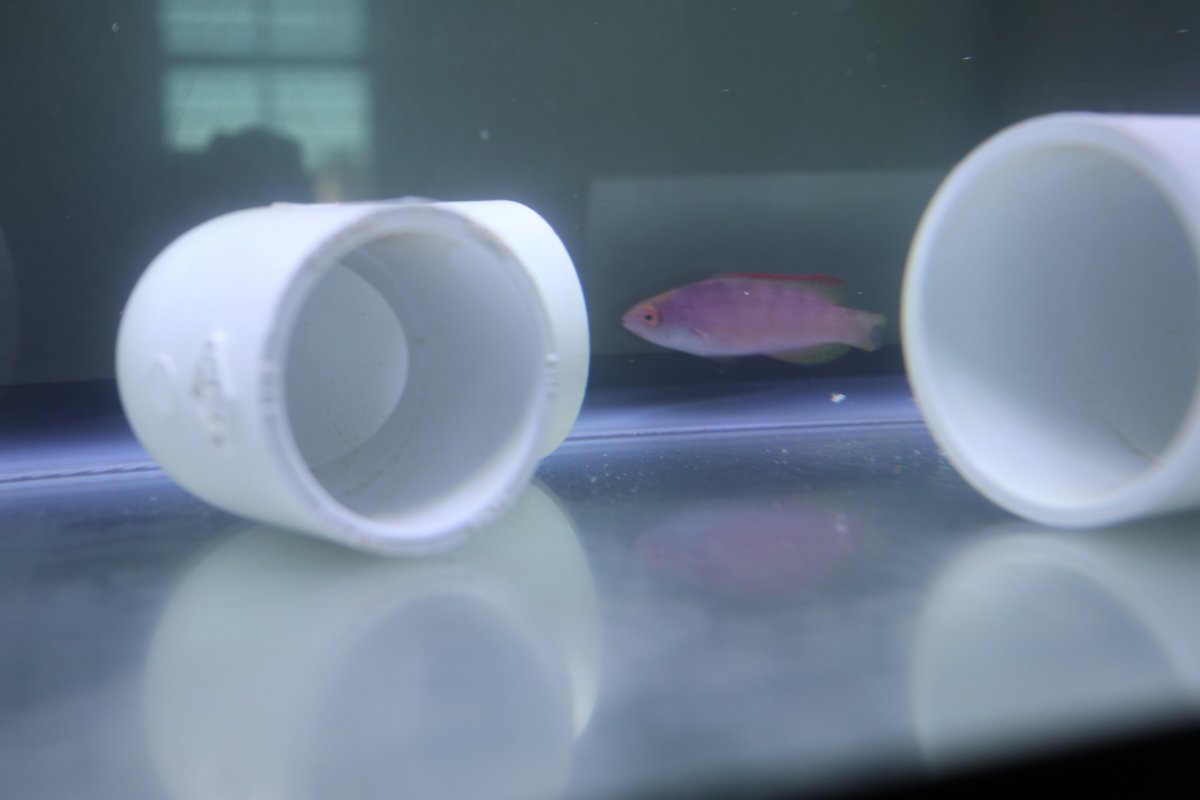 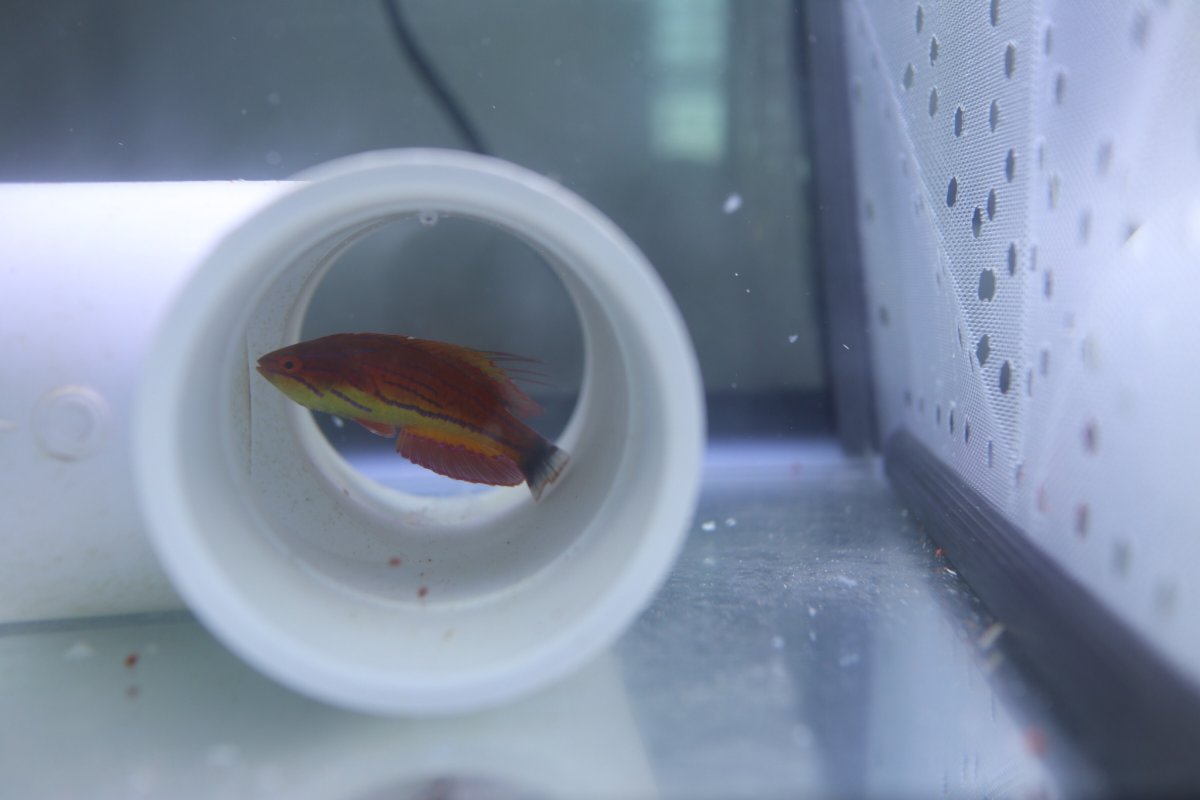 Oh know. Finally. I was wondering why my tank stayed so clean during and after the cycle. Yesterday I did a large 35g water change because I felt I needed to reset the ca and alk and I was throwing in a bunch of food while catching my dotty. Well next day. Starting to see a faint brown. I think ita brown. Hard to tell since its light shade now. Brown or red. On sand only. I never got the uglies yet. Actually blenny cleaned off all green. Tank was spotless. Now some ugly on sand starting. Bummer but I knew it was going to happen one day.
I tested my no3 and po4

I know I need po4. But not sure how to raise it without the nitrate going up. I dont want nitrate above 10 as I have lps now and plan on acros so I gotta find a nice middle.

Been awhile. Been dealing with turf and gha. It's frustrating. I wanna punch my tank. Just did another WC. hoping my snails step up their game soon. I just did a 30g WC. Siphoned the fuzz off the sand. I have kole and blue tang arriving tomorrow hopefully eager to work for me lol. Another step for me was getting an apogee mq 510 and getting an idea on my par. Thia build was for eventually having acros. So the rocks is staying clear for when my algae is gone and I can take the step to acro life.

Here's my par at. I'll prob leave it here for now. I dont want lps to fry. But I have alot of room to raise intensity as my lights are running at I think 56.5% average intensity. 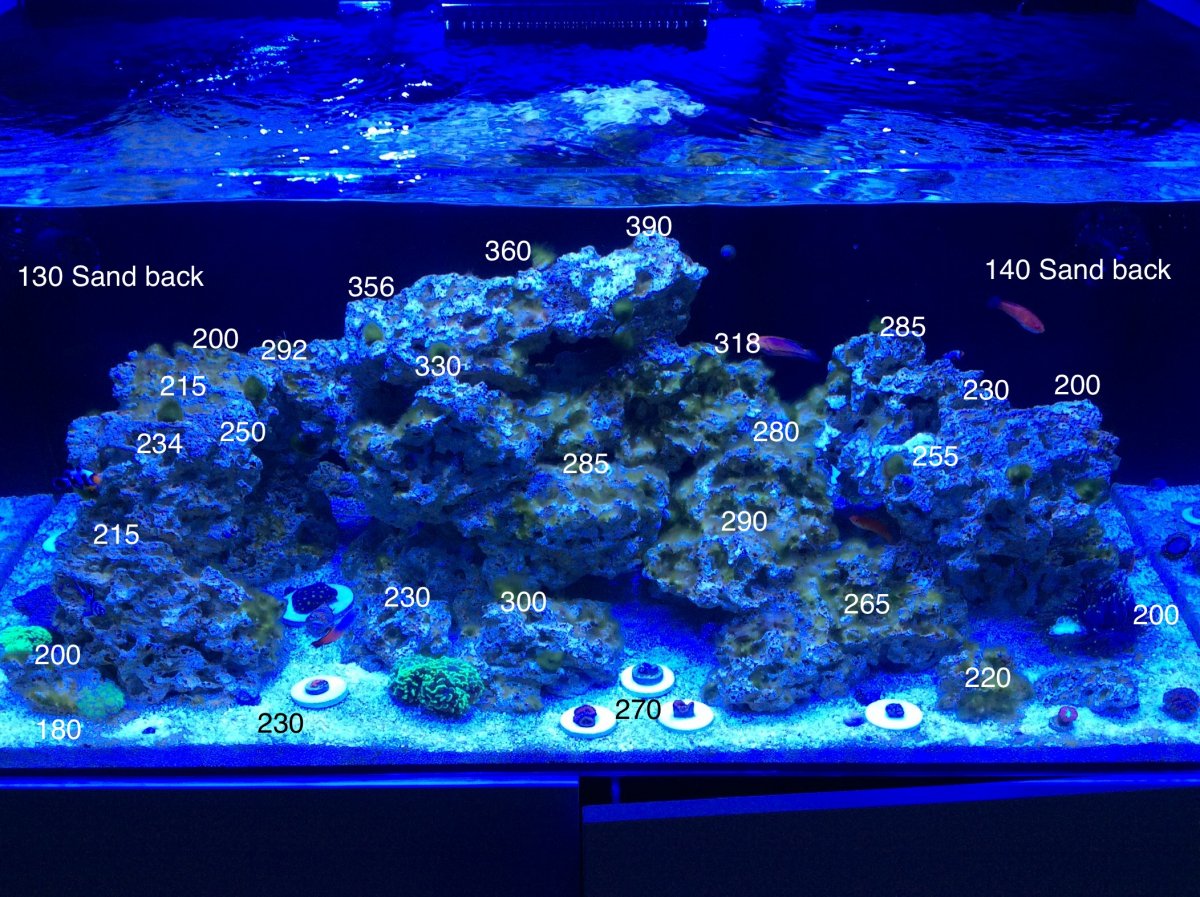 In my opinion that's plenty of PAR - for anything. I wouldn't raise it if anything I would say the 390 is high - but that's me. I use to run higher par then what you show but after going through a lot of reading and listening it seems most SPS need the 250-300 range. I'm not an LPS guy so I can't speak to that. The other thing I noticed was looking at all of the high end Coral Shops like WWC and TSA - their lights are an easy 30 inches of the water - so probably a good 36in from actual coral. So I would think their PAR is in the 250 range.
OP

blstravler said:
In my opinion that's plenty of PAR - for anything. I wouldn't raise it if anything I would say the 390 is high - but that's me. I use to run higher par then what you show but after going through a lot of reading and listening it seems most SPS need the 250-300 range. I'm not an LPS guy so I can't speak to that. The other thing I noticed was looking at all of the high end Coral Shops like WWC and TSA - their lights are an easy 30 inches of the water - so probably a good 36in from actual coral. So I would think their PAR is in the 250 range.
Click to expand...

Thanks. I can lower it I have to send par meter out wednesday so i have a day or so. Or leave it. And specifically hunt down frags that are used to 350 plus. For specifically the top rock.

Curious about what waterbox did about your doors?
OP

infinite0180 said:
Curious about what waterbox did about your doors?
Click to expand...

Took forever so I said forget it. I dont even want doors anymore. Just wont recommend them or buy another waterbox tank. I used the door and put a stickers over the second attempt where it was chipped and stuff.
They made it clear new purchases are most important and if they happen to have a 130.4 left over they'd pull doors. Reality is the tank is always sold out before they even get them. If I was able to return it I would. My opinion. They got way to big for good service.

They sent a t shirt and 2 felt socks to me for free. I also mentioned I wont be using the felt socks. I use the mesh. Still got only felt. Lol 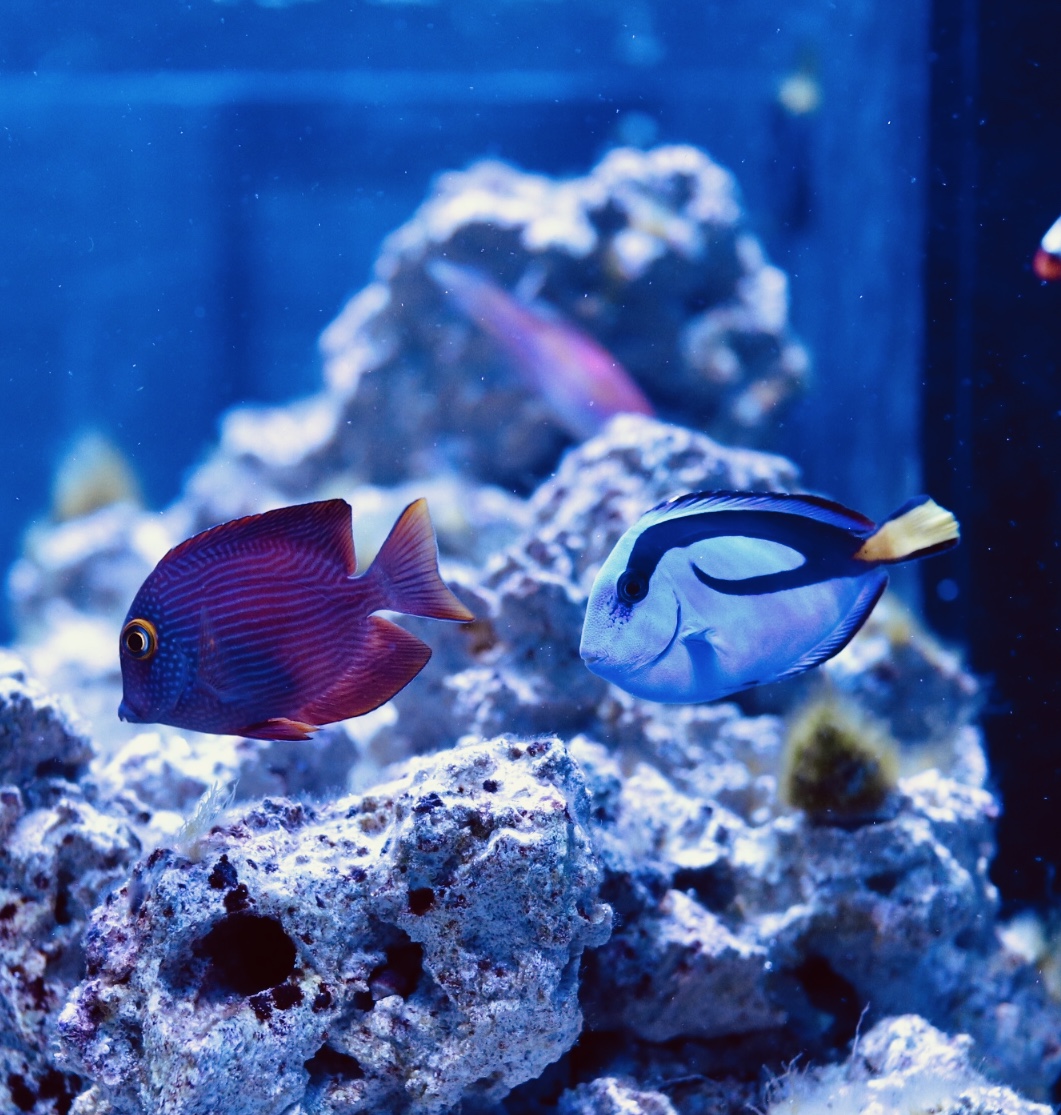 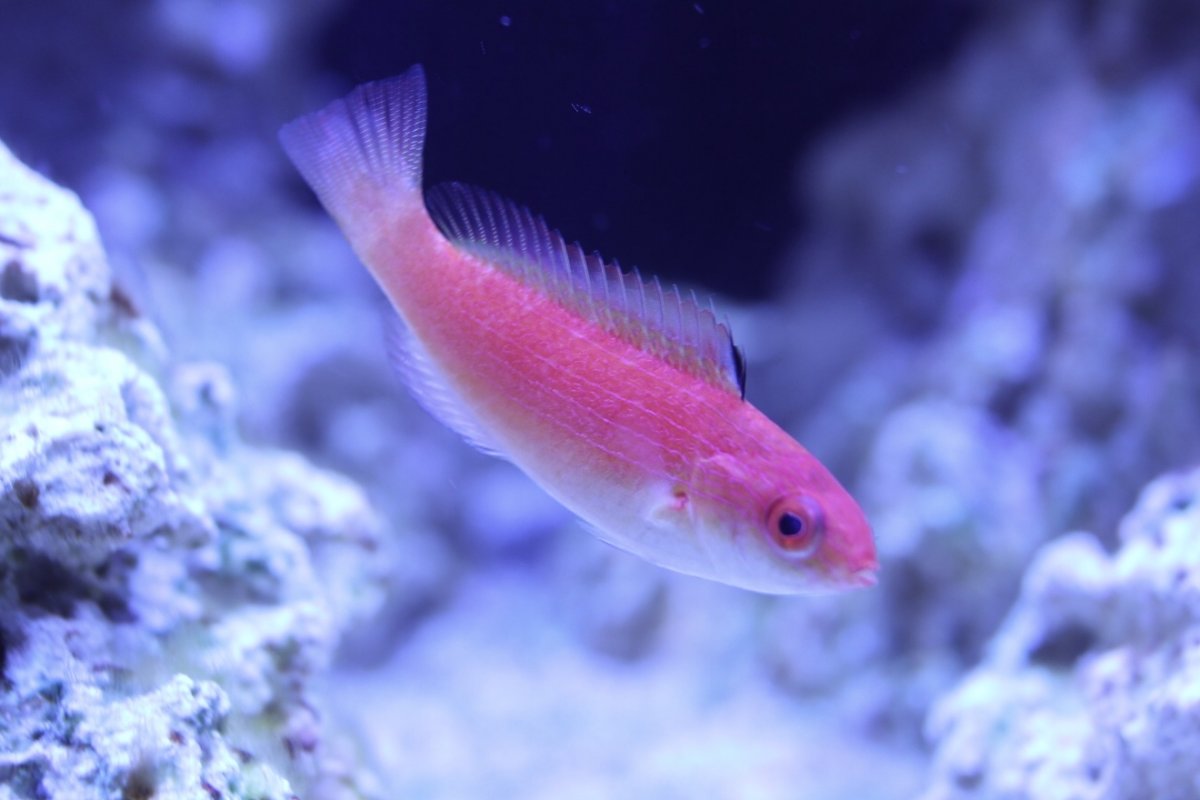 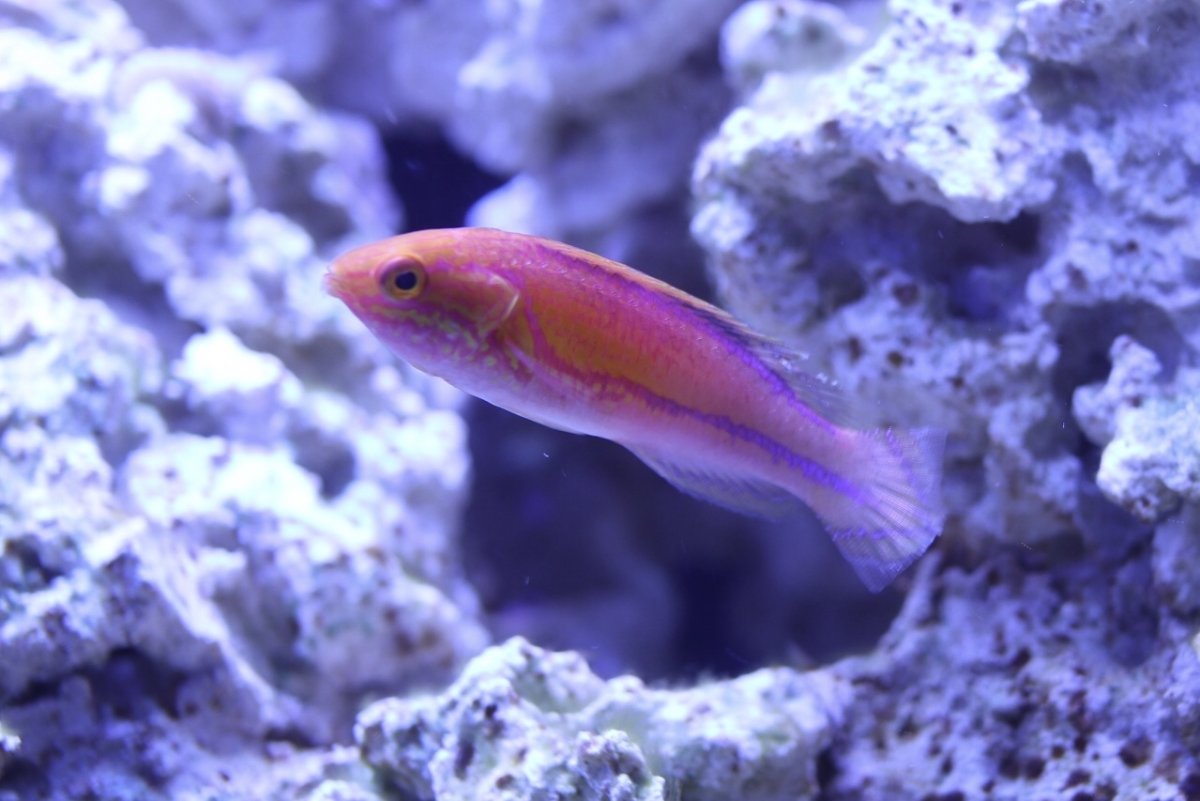 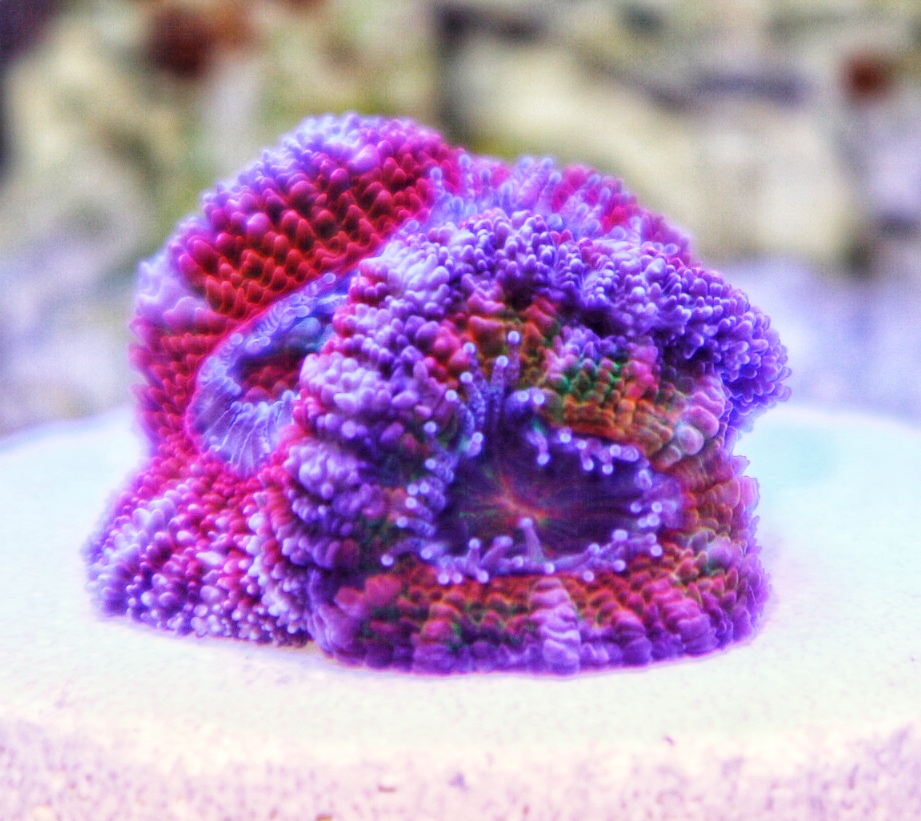 Looks great. I had the exact same issue with the waterbox doors and will probably just toss them...

on doors or tank in general?
L

Following. Looking to get this tank and I like how you did the plumbing.