Well finally posting my present tank and first thread. Its a Marineland 27g cube and stand that I purchased in June of 2018 for my 15 year old clownfish and her semi new mate. I purchased her (was a him at the time) in 2003 after the male from the pair I bought in 1998 passed away. The female then passed away in 2015 at the age of 17. After she died the male keep on living so I figured it was time for a tank upgrade and a new mate. I purchased a B&W clownfish and they paired immediately. The female passed away in 2019 at the age of 16. So I did pretty good having kept 2 clownfish for 16 and 17 years. Now I have a pair of B&W Clowns and a Coral Beauty.

I got into saltwater in 1998 starting with a 75g FO tank and with that I found the fish forum Aqualink as my home. From there I got really addicted having the 75g FO, 54g Reef, 29 reef and a 2.5g nano reef. Got married, moved and had to get rid of all my tanks except the pair of clowns as the new landlord didn't allow fish tanks and a small tank was all I could hide. Haha! So that leaves me now to owning my own home and divorced so no one to tell me no. My dream tank is a 5'x3'x2' reef tank or will take a IM INT 150g. Hopefully one of these will become a reality soon. 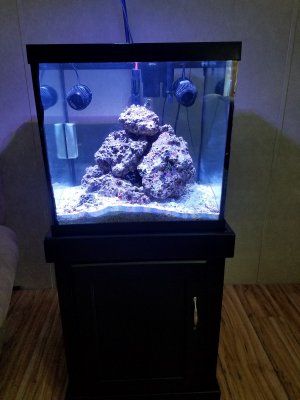 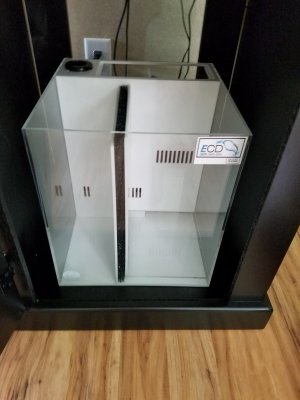 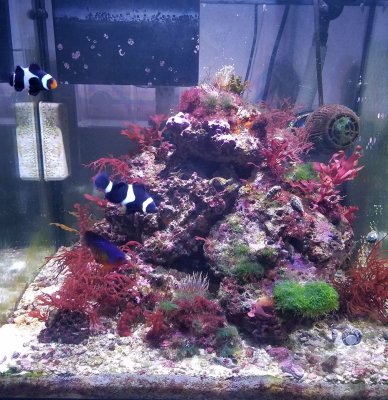 Thanks for the introduction. Hope you share your experience and success with clownfish. They can have long lives with proper care. Love the Macroalgae in the tank too.

Nice tank! Congrats on your new chapter in life and hope you acquire that dream tank soon!
OP

Bottom seam leaked last week so everything moved into the temporary home so this tank is done. 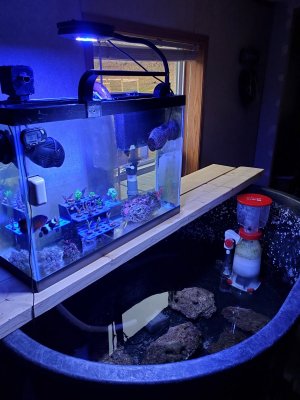 C
What is the Best Cube Saltwater tank for 2 clownfish pair under $190?

S
Clowns: in pairs or solo?