I lost my entire reef tank about 7 years ago to a heating accident. Not the regular heater malfunction though. I went on vacation and we had a week of over 100 degree weather and my tank cooked without a chiller. Broke my heart.
Now I am getting my 55 gallon going again. Just finished cycling. My nitrates are still a bit high than I'd like but I have three fish so far.
Eventually this tank will become my quarantine tank as I fix up a 160 gallon I have stored in my garage.
A few pics of my 55. There is a ton of live rock so I will have a good amount ready to go into the 160. 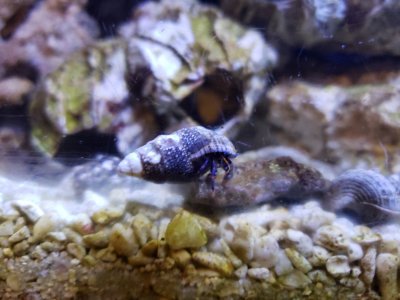 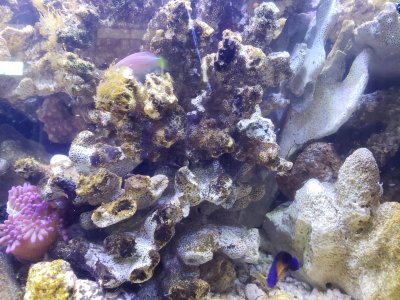 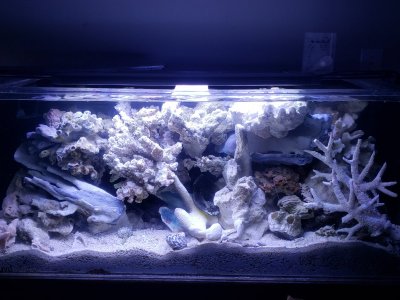 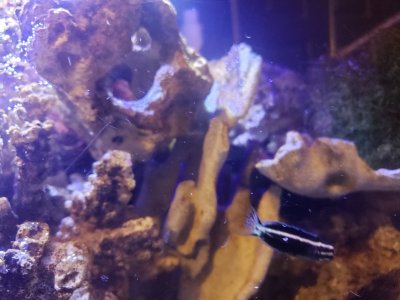 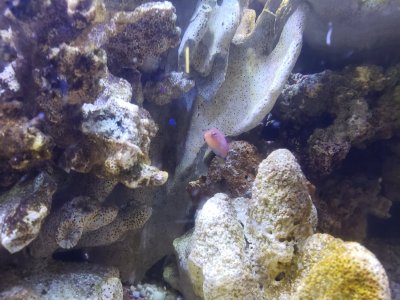 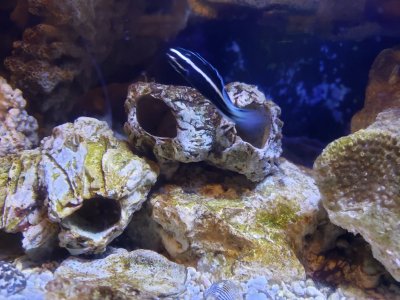 Hey thanks for looking! It really is a lot of rock. When I get my 160 gallon going, I hope that the rock with be full of good things to seed the big tank. I am always open to suggestions on things to add or change!
OP

Tank build update:
55 gallon is pretty stable and will be 13 weeks old tomorrow. My 3 fish are doing great, fat and happily leaving each other alone.
I have a Six Lined Wrasse, Coral Beauty and Komohausen Blenny. I'm really excited because my new Eheim heater and Inkbird arrived. I will be checking all my water parameters and get the new toys fired up this weekend. My next investment will be a new more efficient skimmer. I have an old school one that seems to be working ok, but definitely needs to be brought into the 21st century! I'll post some current pics soon.
I'm also looking for some recommendations on how to buff out interior scratches on my 160G acrylic tank that I'm starting to rehab in my garage. Once I get the cabinet refinished, then the real fun begins.
OP

My latest update on the 55 gallon build:
I had a Komohara Blenny. Note the word HAD. He decided to walk the plank. I suspect he jumped and my cat was the eager recipient of a fishy snack. He had so much personality. RIP little guy.

On to the good news. I have a 10 gallon quarantine tank that has cycled and is beautifully doing it's job as my prescreen for new additions. Has some Chaeto, small abalones, tiny Brittle Stars and Caulerpa Racemosa, copepods and amphipods.

Current fish:
Coral Beauty
Six Lined Wrasse
Purple Firefish
Male Green Mandarin Goby (I have been eyeballing a Red female at a LFS but am still indecided on it- need to do some more research about pairing the up)

Coral I ordered from Aquarium Depot
(thank you AD):
A variety of Zoas I have now and more fun stuff coming in tomorrow. I'll post pictures.

I also got a nice little Mushroom Leather from a LFS.

I have a Hi Fin Red Banded Goby in QT along with his little Pistol Shrimp. And I have a bonded pair of clowns on hold at another LFS, still deciding if I'm going to pull the trigger on those. Male is a common Percula Clown, female is a pretty stunning Domino Percula Clown.

The biggest issue I'm having right now is keeping my nitrates lower. They are currently about 20ppm. My QT is at 5ppm. And I would like my dKH a bit higher, but still learning about what I need to do there: DT: dKH is 6 and in QT it is 5.
Other issue is my zoas all arent ioening up completely. One didn't make it from shipping. It had fallen off it's plug. I glued it back on but it decided it was not going to live. It was a single polyp so I don't think I'll order sing

I'd love any thoughts anyone has to share or ideas on improving my set up.
The DT is an AIO and has a nice little skimmer. Going to get some better lighting this week from a fellow R2Reefer.

Here are some pictures. Some of my fish were camera shy. I'll try to catch them another time. 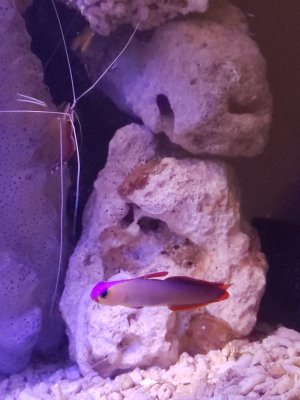 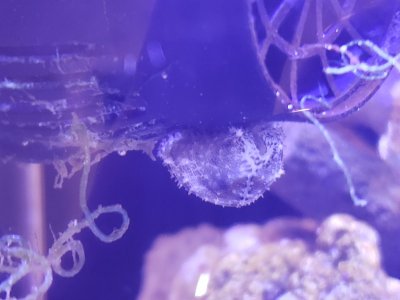 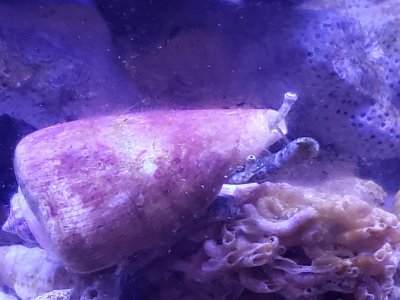 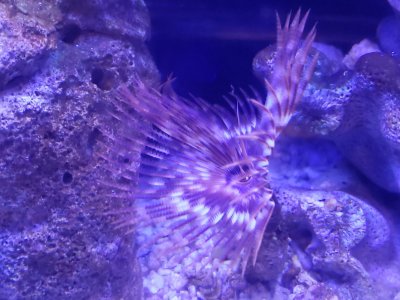 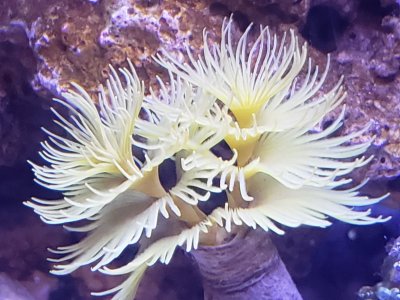 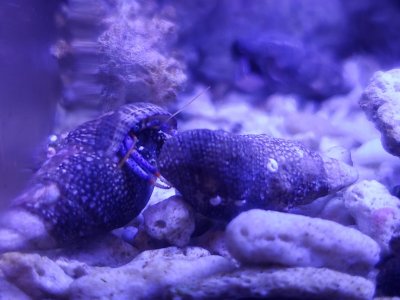 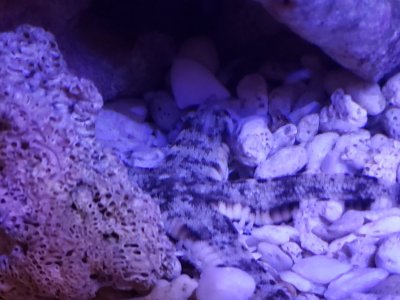 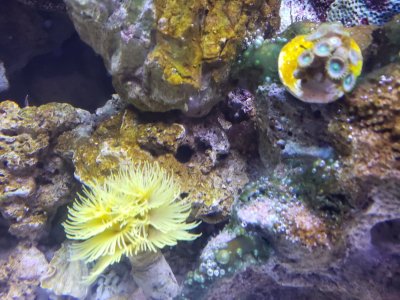 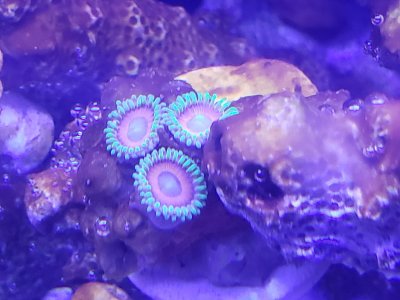 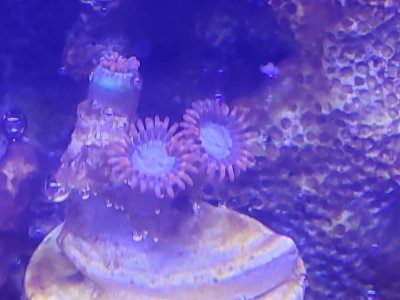 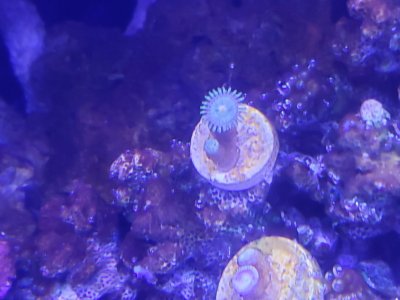 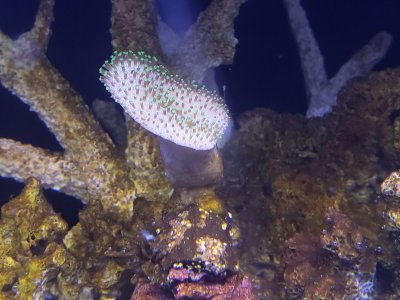 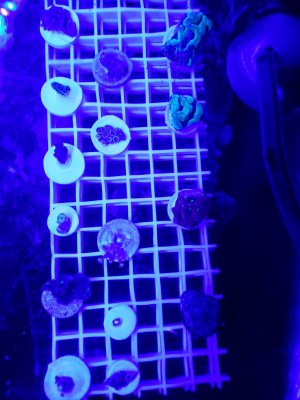 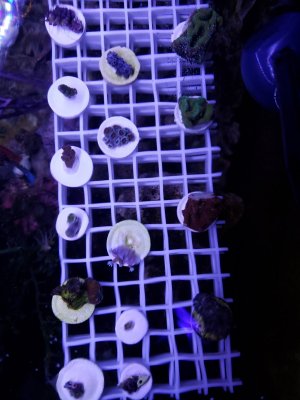 I love your aquascape. Following.
OP

Thank you boacvh! I just brought home my pair of clowns and another cleaner shrimp last night.
The male clown is a Domino Ocellaris, female normal ocellaris. The extra shrimp is for the Coral Beauty that drives the other shrimp crazy trying to get it to clean him. I just need a Tang and an nice anemone and my reef family is complete. Until I get the big tank started.
Last edited: Mar 6, 2020
OP

Sad day on Saturday. I lost my Coral Beauty. Not sure why. Everything else is doing great.
My Clowns are amazing. Getting ready to update lighting. I post new pics of that when I get them. 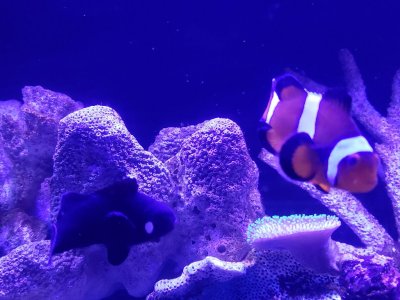 I think I'm going to go to the thread about getting better pictures now! Signing off.
OP

Today's full aquarium pic since I have gotten the nasty dino's under control and everything seems happy. It's almost like you can take a sigh of relief. 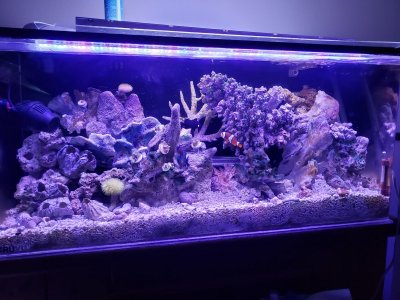 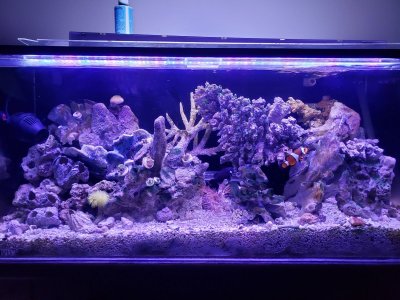 These two make me so happy! 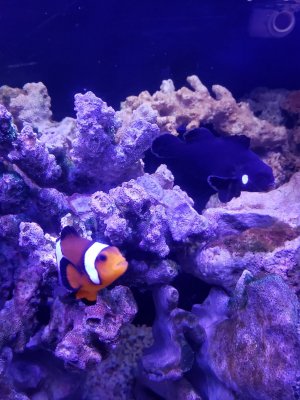 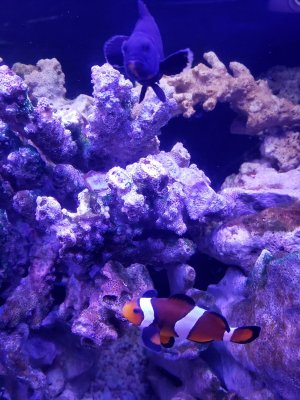 And this little acrobat climbing all over to get in every nook and cranny! He's the best little chubby sand shifting star (that decided he's an adventurer)! 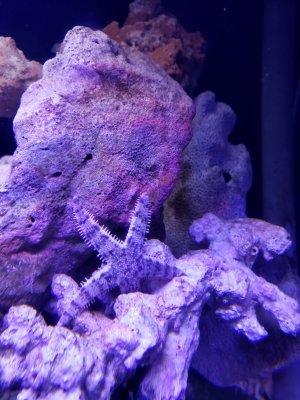 What's the footprint of this tank?
OP

jheidenthal said:
What's the footprint of this tank?
Click to expand...

I also just set up my new Kessil 360X last night! All my zoas loving it already. 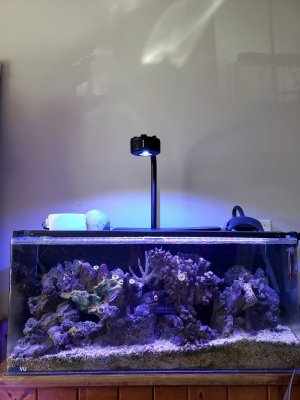 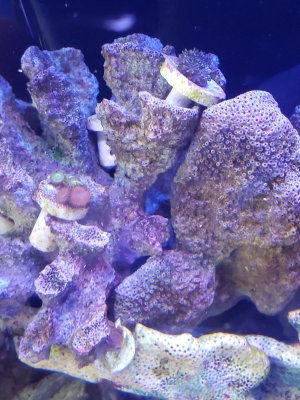 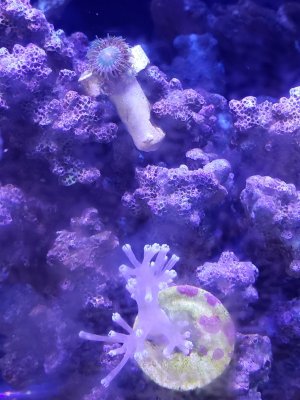 Looks great, live the progression. Like you I love the clowns I have as well.
OP

I have a few cool things in quarantine that will be dipped a final time and moved out to the DT today. This is to make room for my corals coming Thursday from the live auction. I'm so excited!

I has no idea how long the sweepers on a Pavona were until adding the T5. It's going to need a little more space than anticipated!