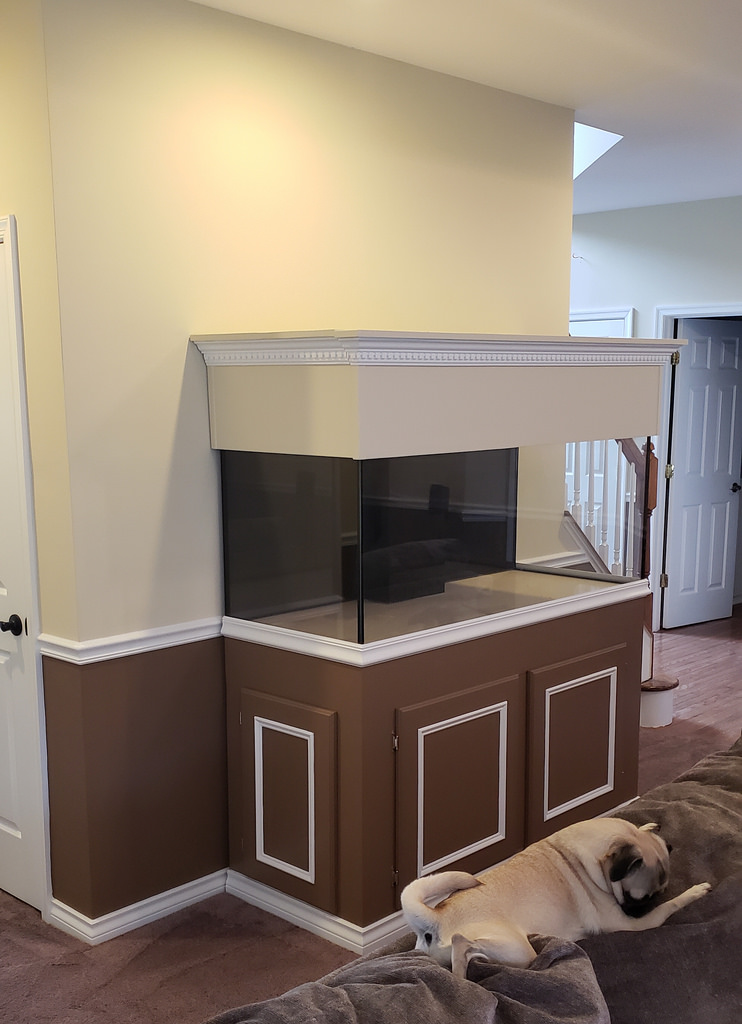 Tell me you've got water in it by now...

I wish! Life and work have gotten in the way lately. I bought some tools to start framing in the basement a few weeks back but have been on the road since (and as I type this). I'll pick up some more stuff this weekend when I get home but I'd be surprised if it is up and running before Christmas.
P

Get it up and running yet?
OP

So after much procrastination, the build is finally resuming. Ended up ordering a sump from Elite Aquatics that measures 48x20x16 (LxWxH) along with all of the plumbing. I forgot how fast plumbing adds up, it was almost as much as the dang sump! Build time looks to be 5-6 weeks on the sump but that gives me some time to get some things done in the basement. 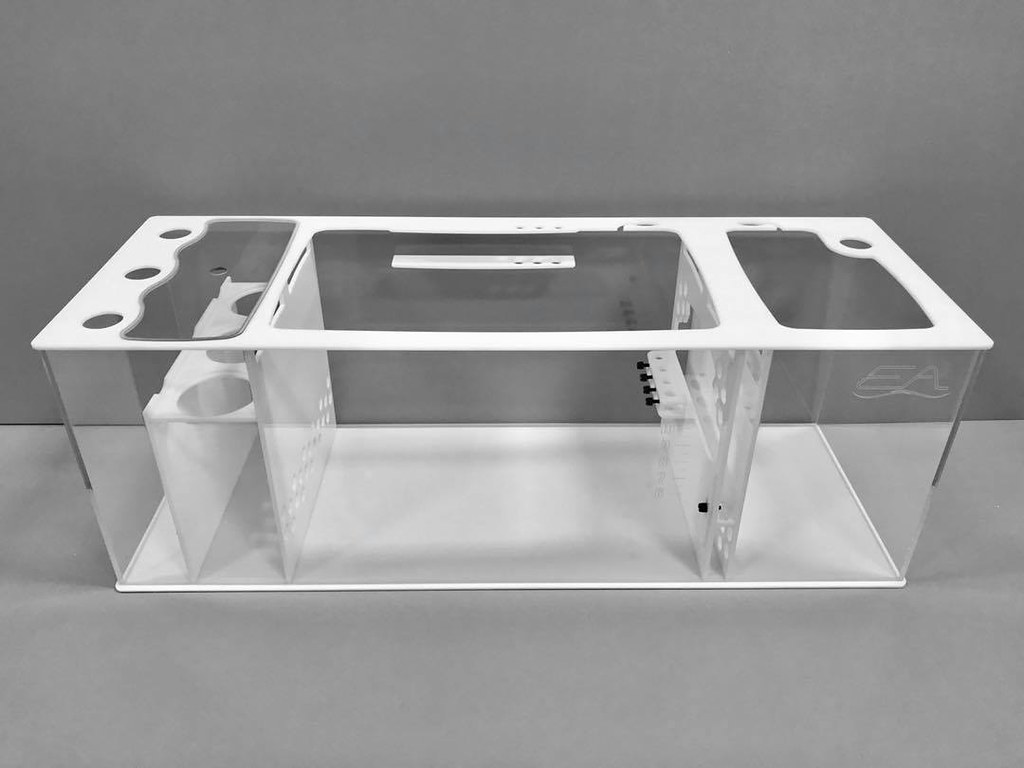 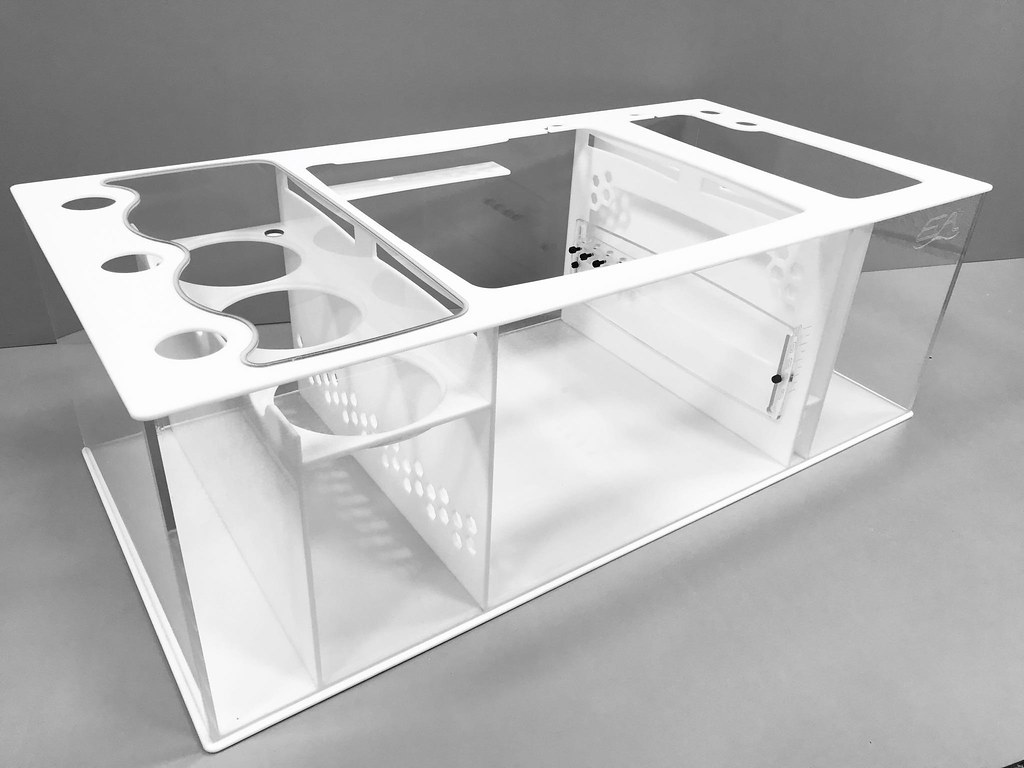 I've decided to keep the sump under the aquarium (for now) and I'm going to see about running a drain down to the basement along with a return line from the mixing station up to the sump with a switch wired in to turn it on and off to make water changes a breeze. Not the way I wanted to do it but the corals in the 75g are rapidly outgrowing the tank and I just cant push it off any longer. This will give me some much needed time to frame in the basement and get the fish room rolling how I want it.

This weekend I'll cook the dry rock I have on hand and maybe even start to work on the aquascape; this will take some though because I need to integrate the rock from the 75g for the beneficial life on it. The thought of losing the corals worries me but they'll just have to suck it up!

Also ordered 160lbs of sand (mix of Fiji pink and special grade) along with six new T5s (3 Blue+, 2 AquaBlue Specials, and a Purple+). The current plan is to supplement with three Kessils but I might have to use a couple A360WEs until I can afford to grab two more A360X.

Expensive day but it had to be done!
OP 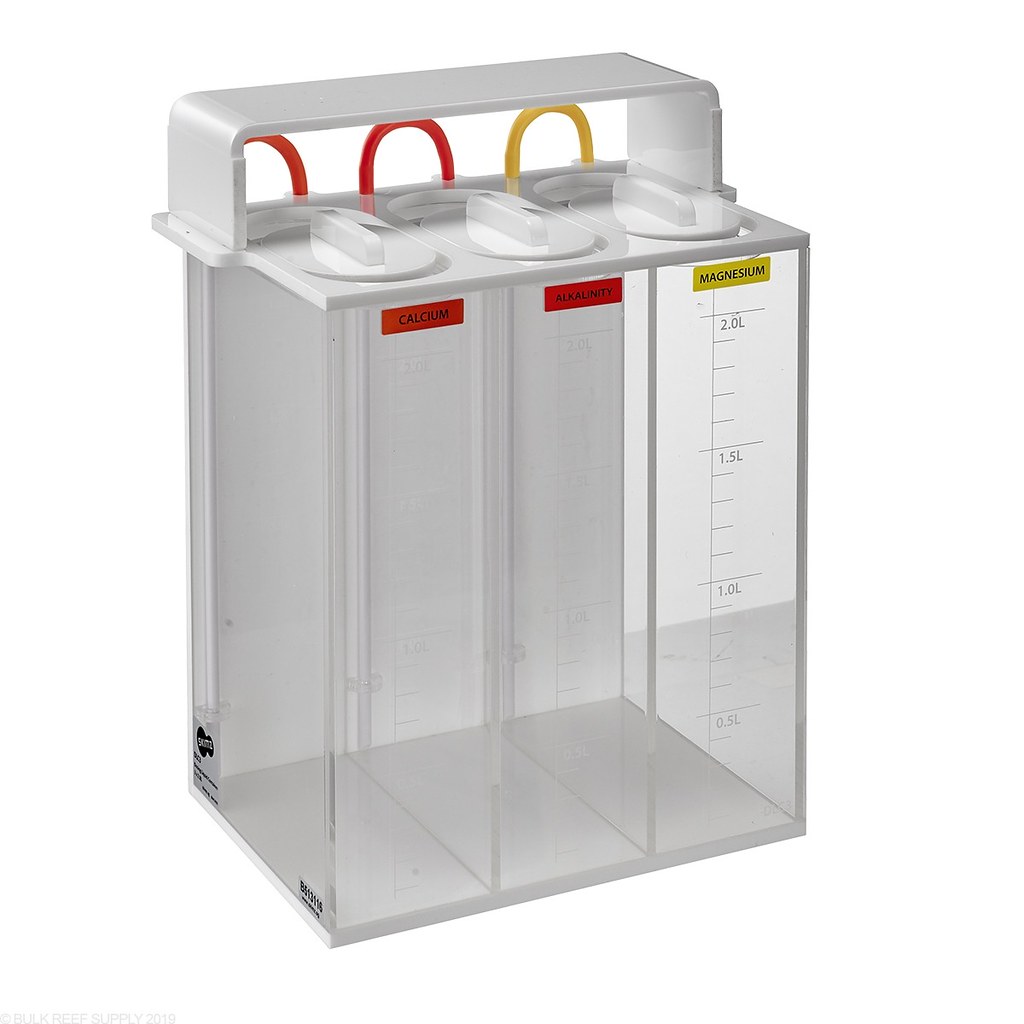 How do boxes this boring, cost so much money? BOOOO! 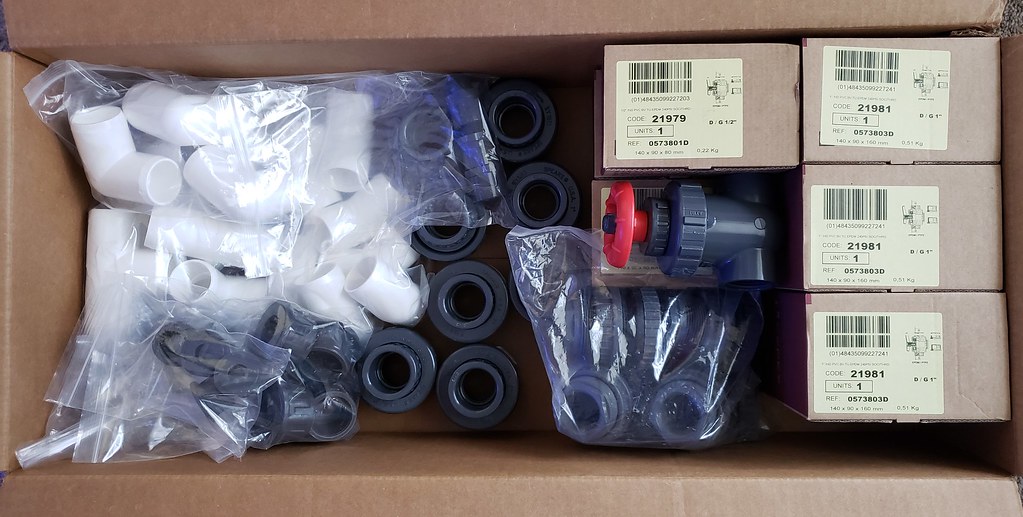 More of the exciting stuff... 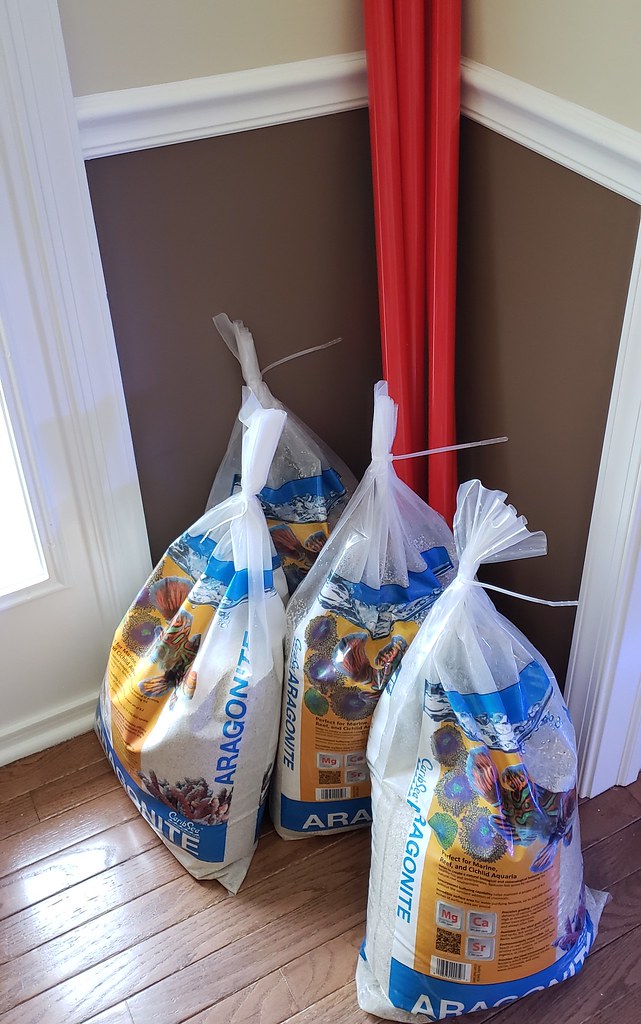 OK, it has been quite a while but I made a little progress the last couple of days

Bought the lumber to start bracing the floor for the tank; I dont think it would have been an issue but I didnt want a spongy floor regardless.

A few hours later and I was basically done with that project.

Everything from the front of the couch, back, is the "fish room." More than enough space for anything I want to do (most of it will likely go unused).

With the floor supported, it was time to test fill the aquarium (I've had it over a year and a half and never tested it...). 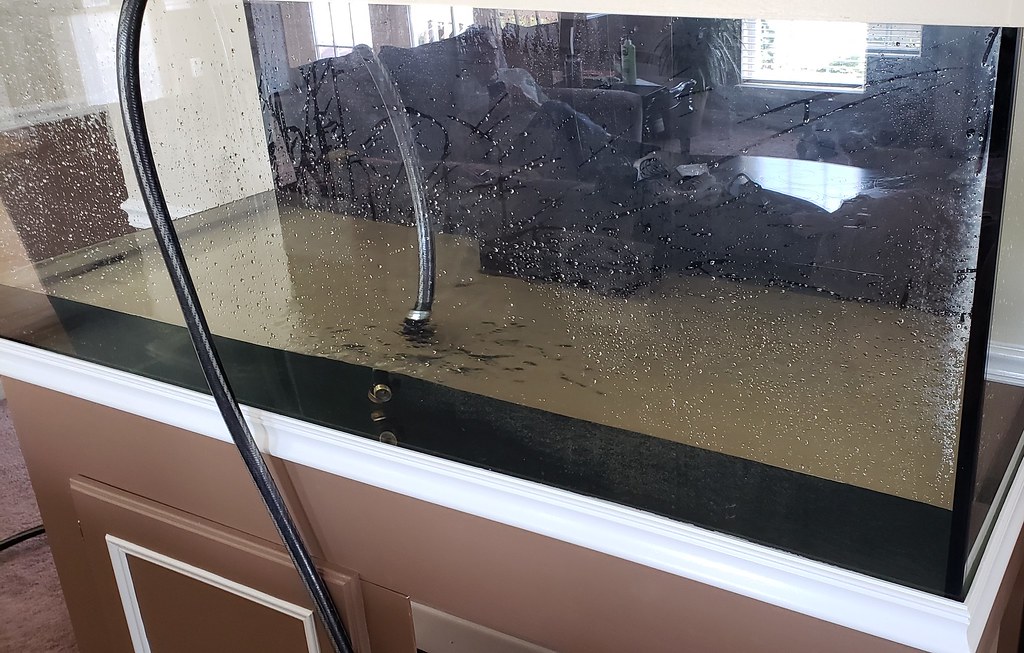 A few people mentioned concerns over the stand not having a center brace so I snapped a picture of the gap between the door and the top of the stand. 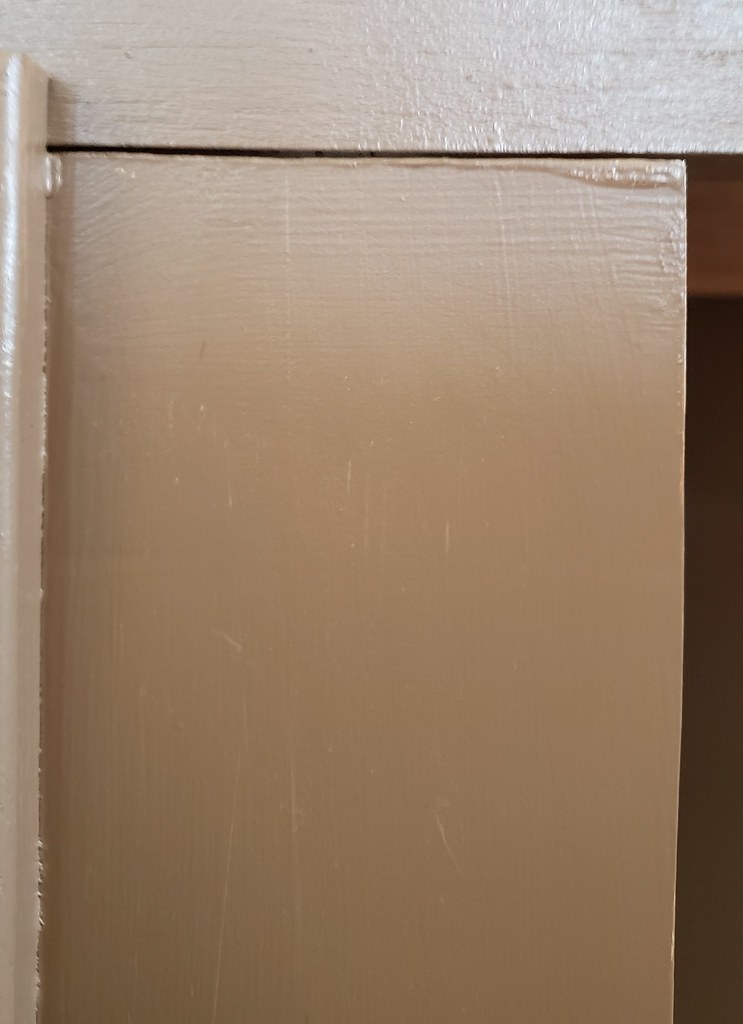 A hundred and some gallons later, it's doing just fine... now I just need to clean up that big ol paint booger. 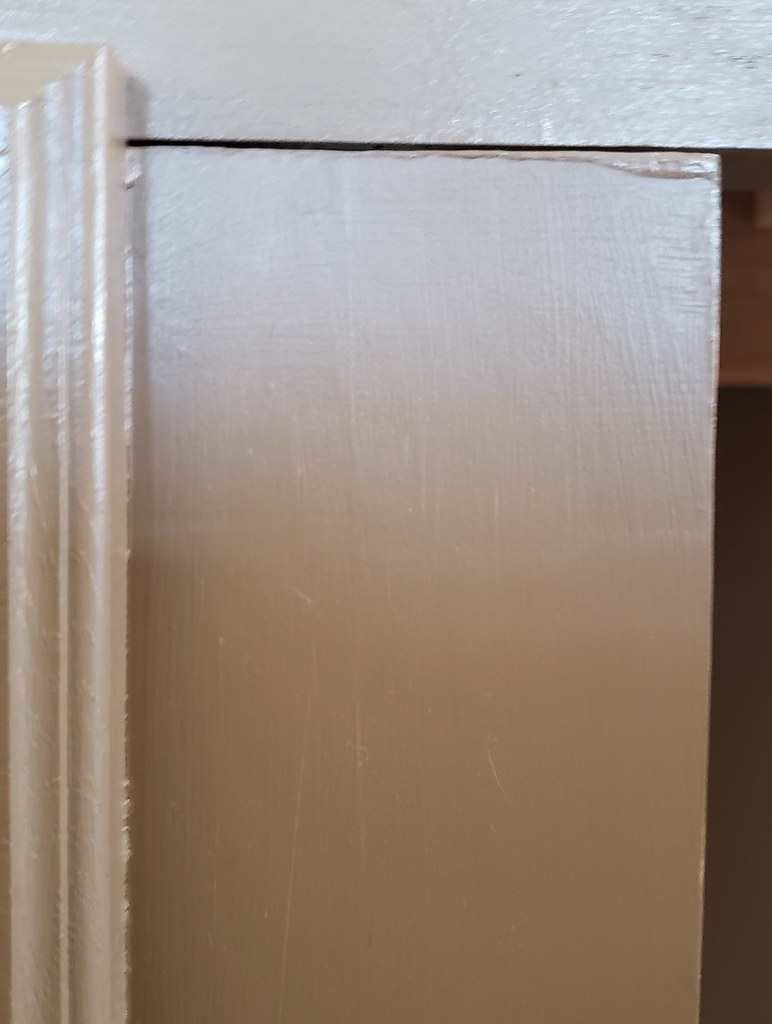 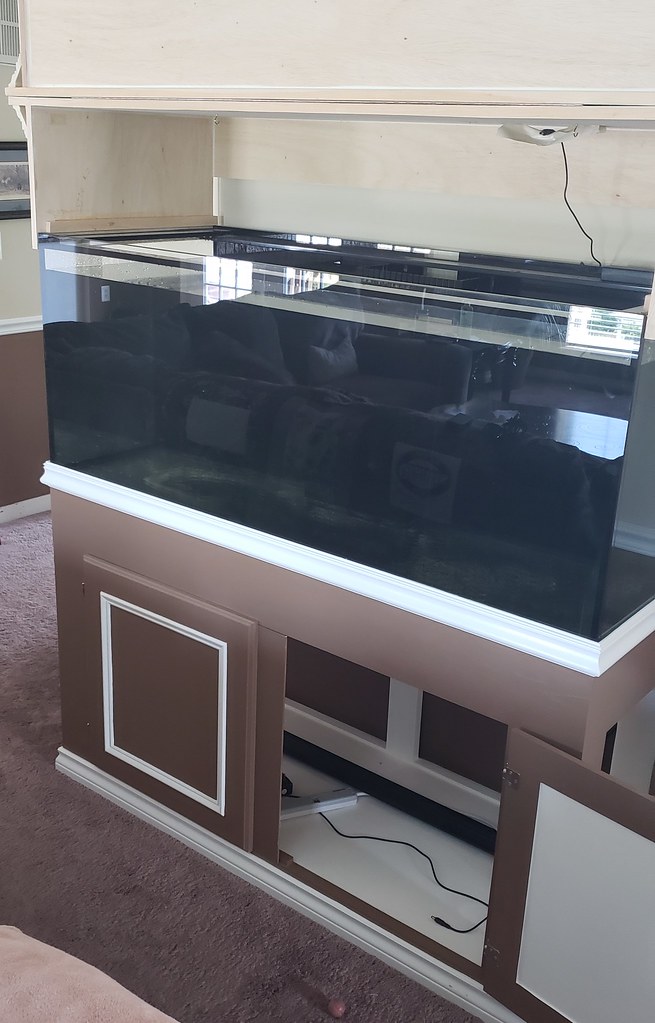 Tomorrow I'll try to knock out some more plumbing and get started on the mixing station and sump stand while I wait for said sump (about three more weeks out if there aren't any delays from Elite).
OP

The least permanent option to run the plumbing into the basement was to run it down the stairwell to the basement (easily patched should we sell the house down the road). Couple of measurements and a leap of faith later, everything was in the right spot 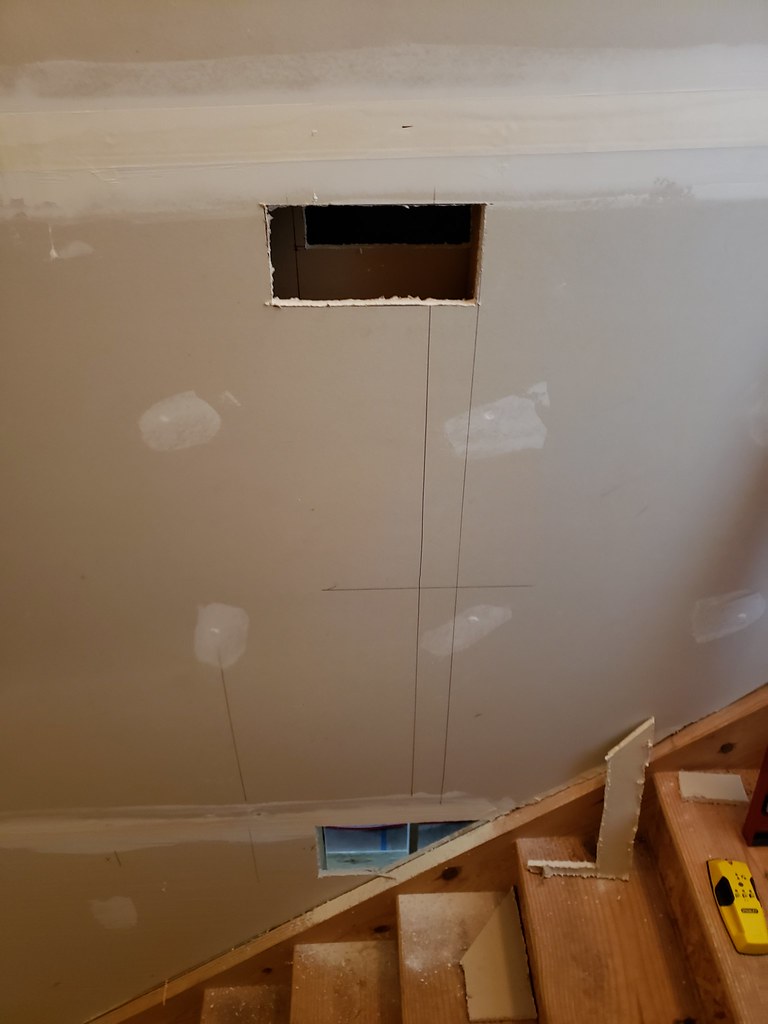 I wanted to make everything as user friendly as possible so I went with threaded bulkheads; in the event of failure, I can simple un-couple the main PVC and unscrew the rest from the bulkhead for removal/replacement. I need to find some trim rings to tidy up the drywall or box it in after I'm done; not sure which way I'm going yet. 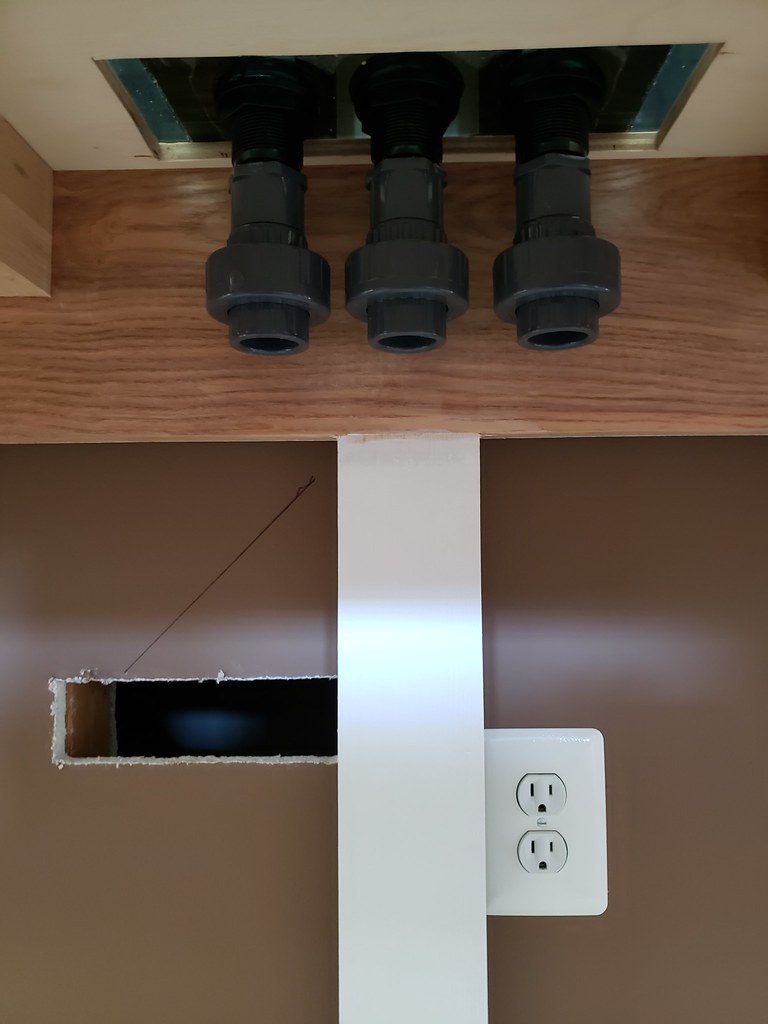 Framed the first wall of the fish room; the stand and mixing station will sit along this wall. Hopefully I can knock out the stand today. 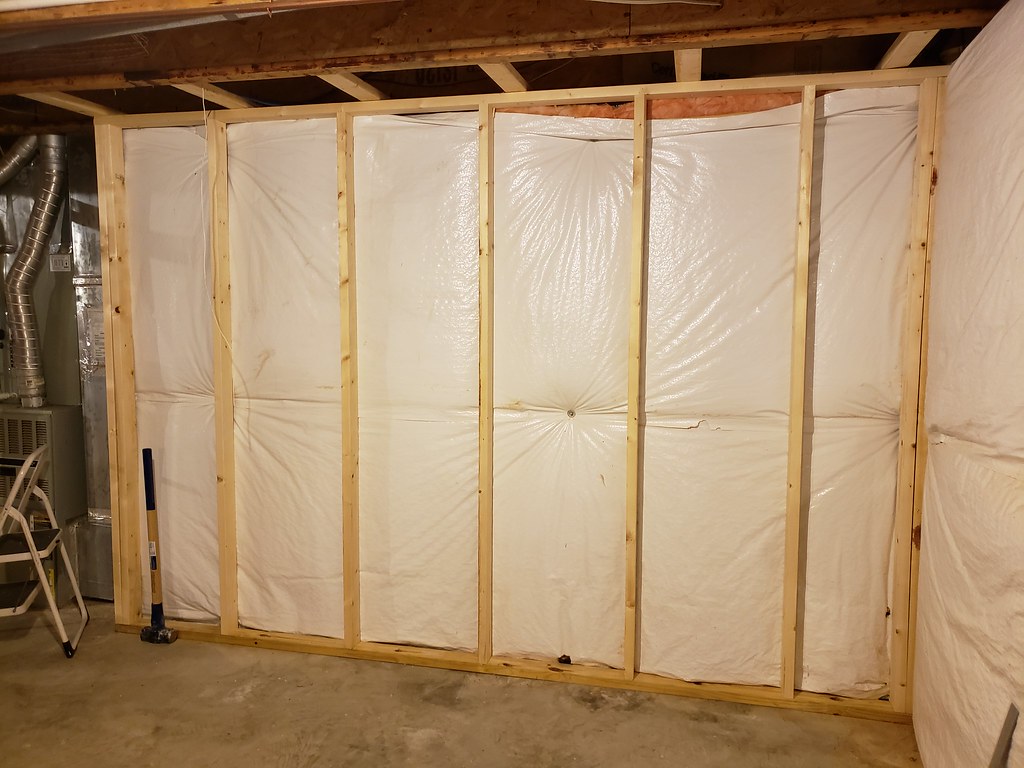 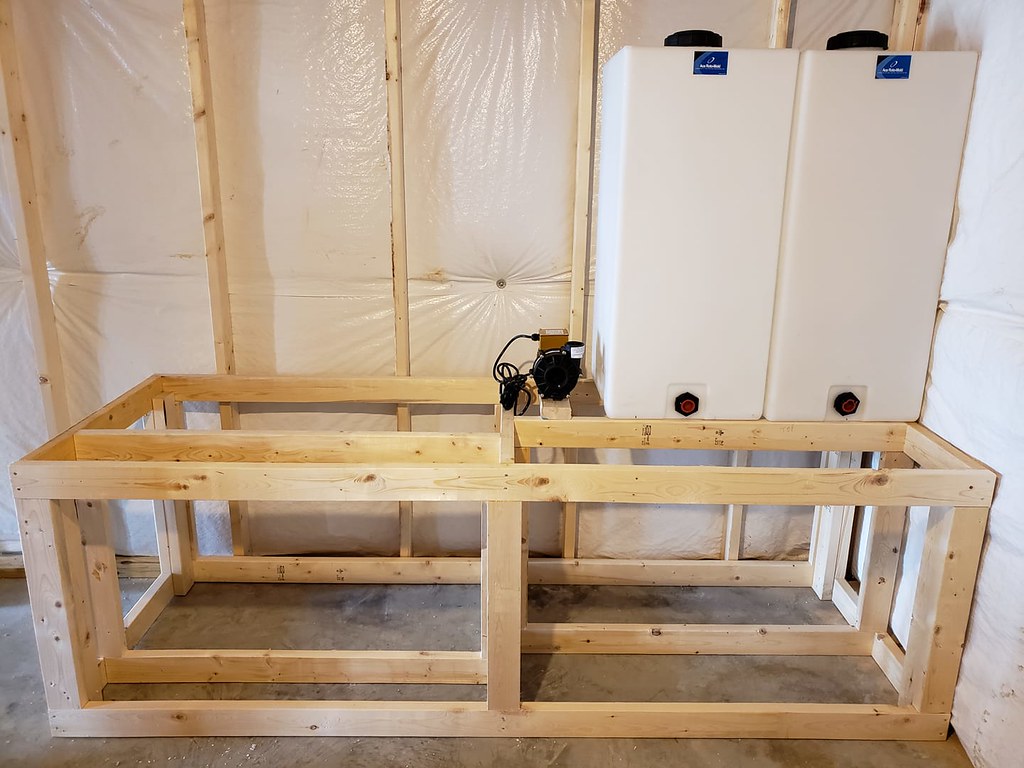 Made a little more progress on the stand today. 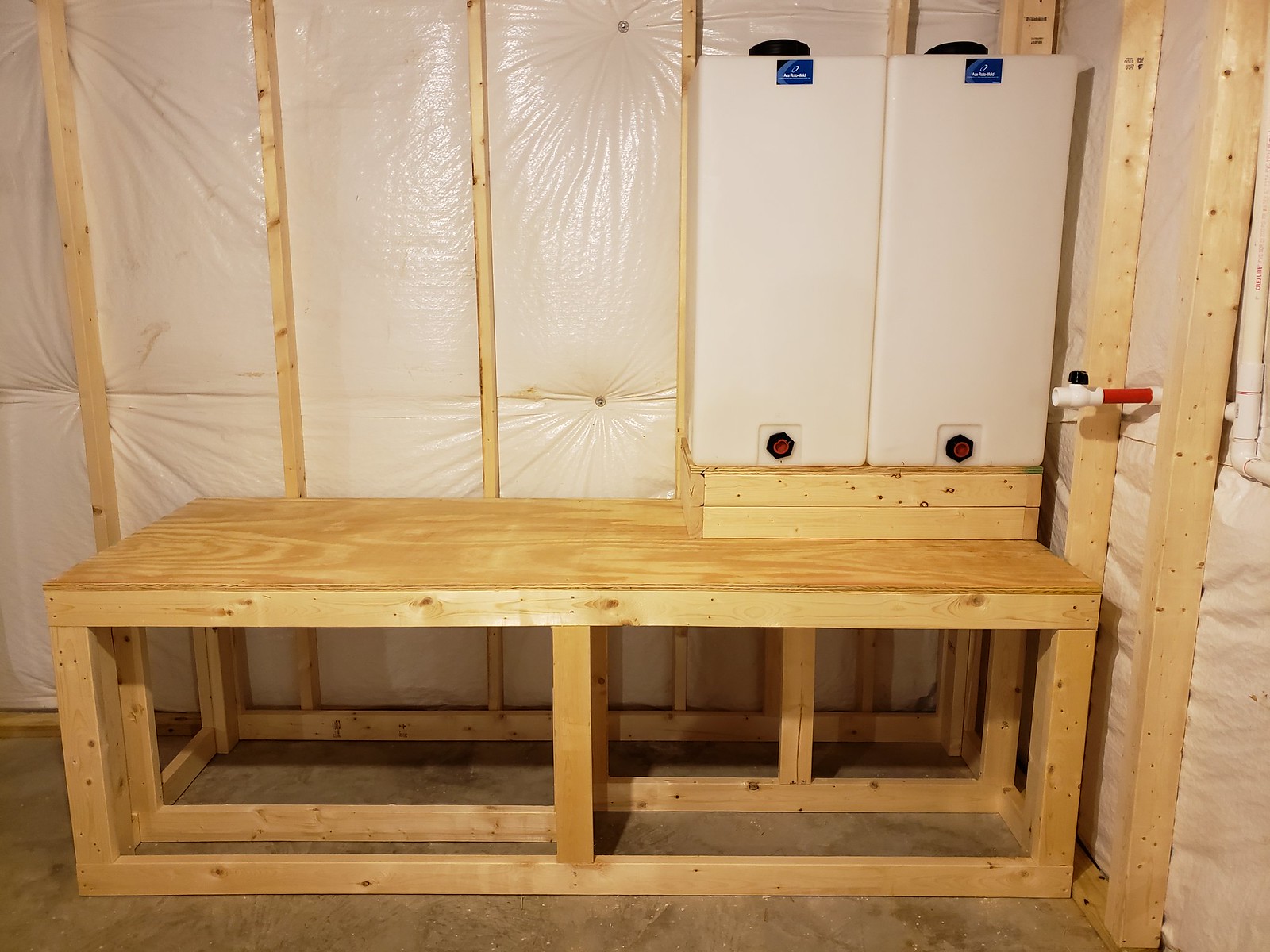 Started cooking some rock too; 15 minute acid bath and now its in bleach for the next week. 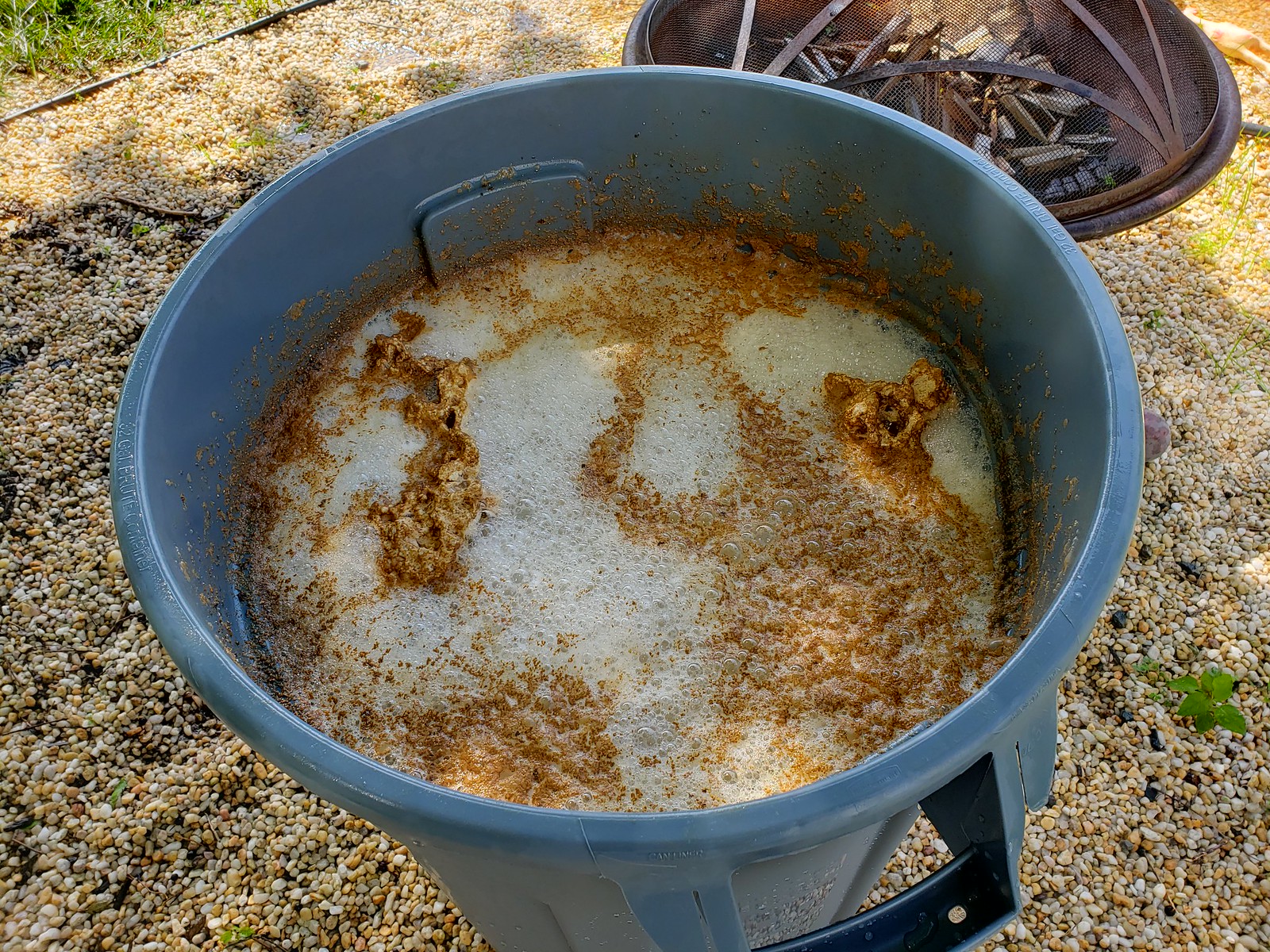 Not much progress today but I got a little plumbing work started. 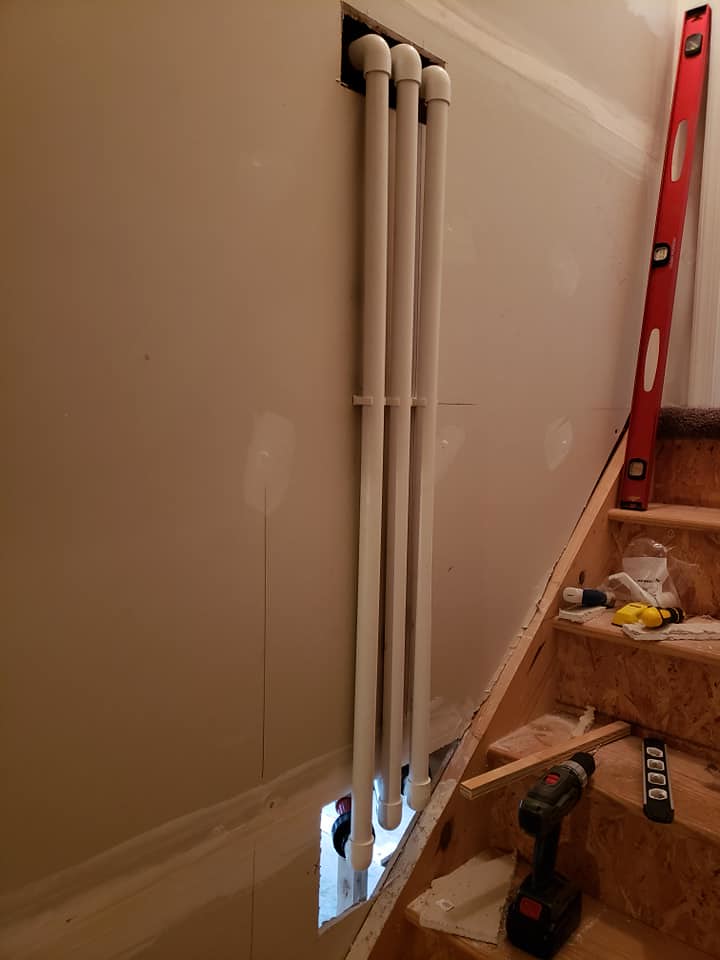 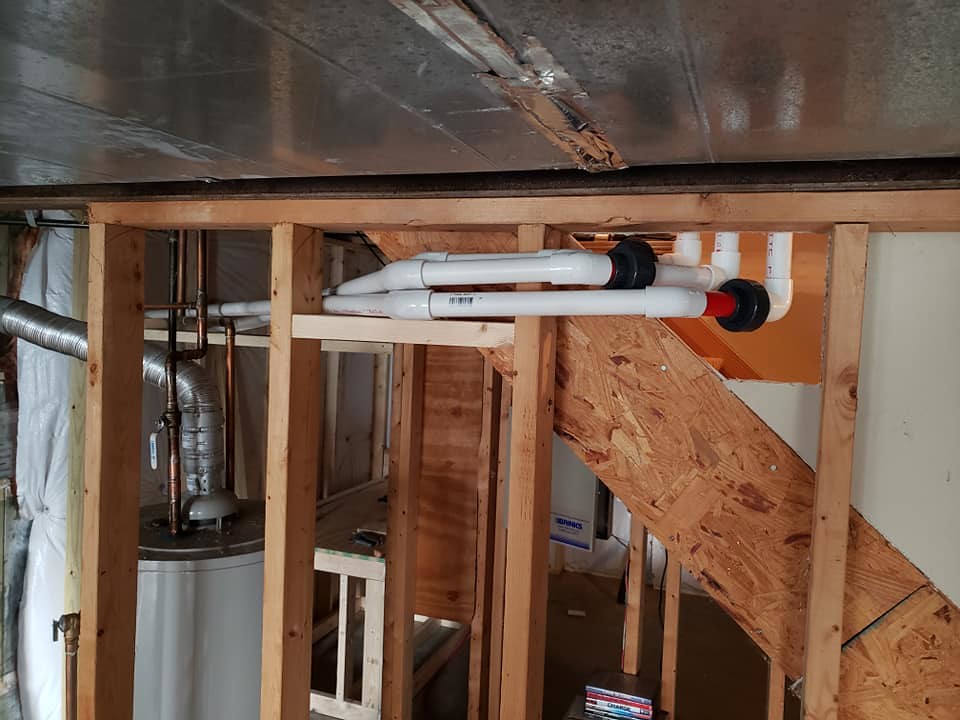 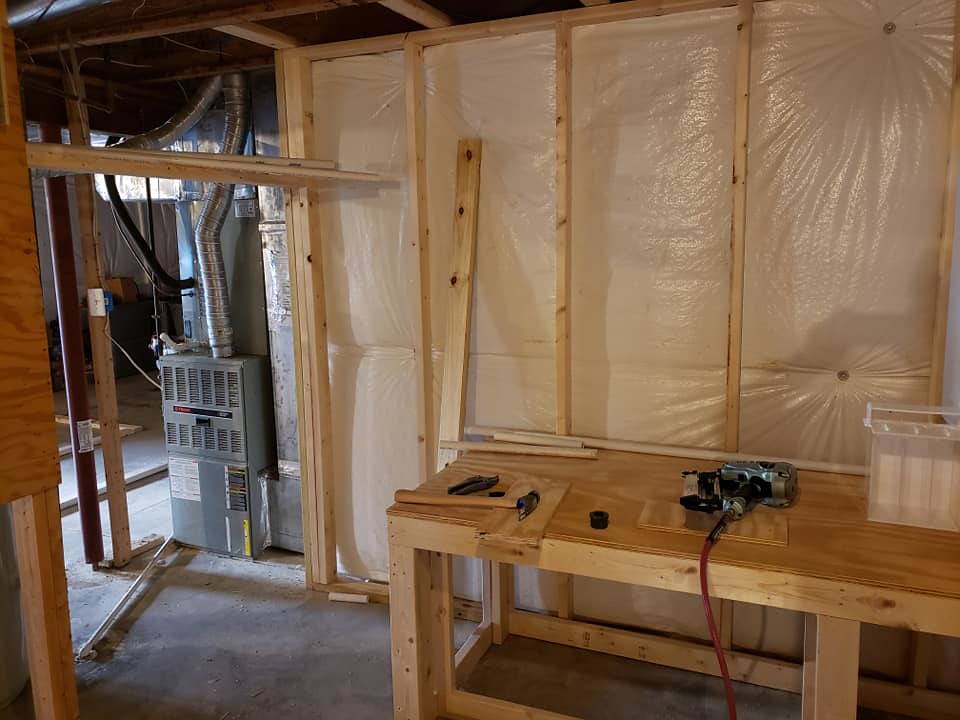 Rough outline of the aquascape; the idea is to make it look like the right section fell from a ledge above. It will be raised off the sand about 5" and I'll cut the rocks under it to sit flat on the glass and poke up through the sand about an inch (sand should be about 2" deep). Two or three rocks will be littered about in the sand to look like the broke off. 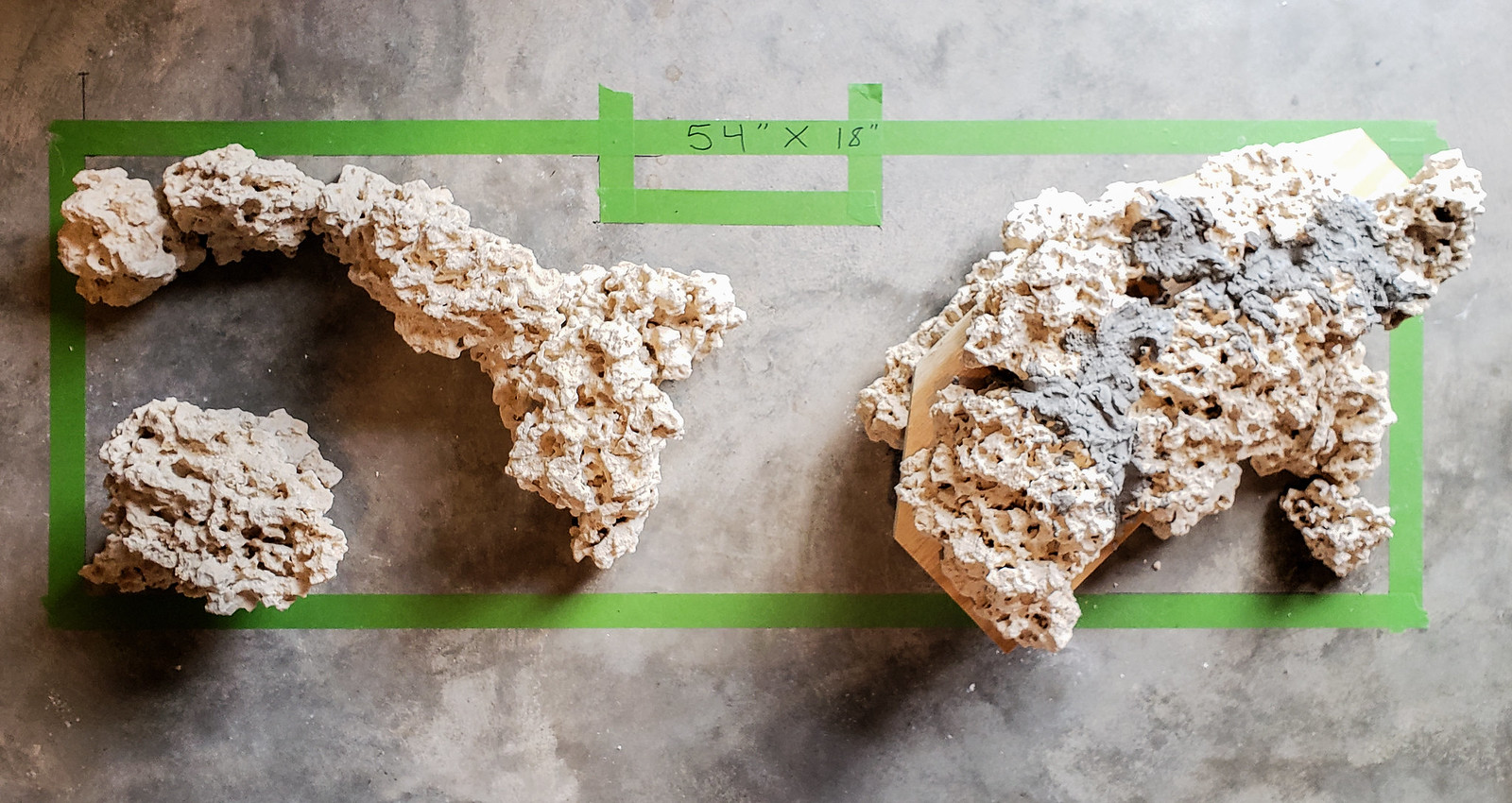 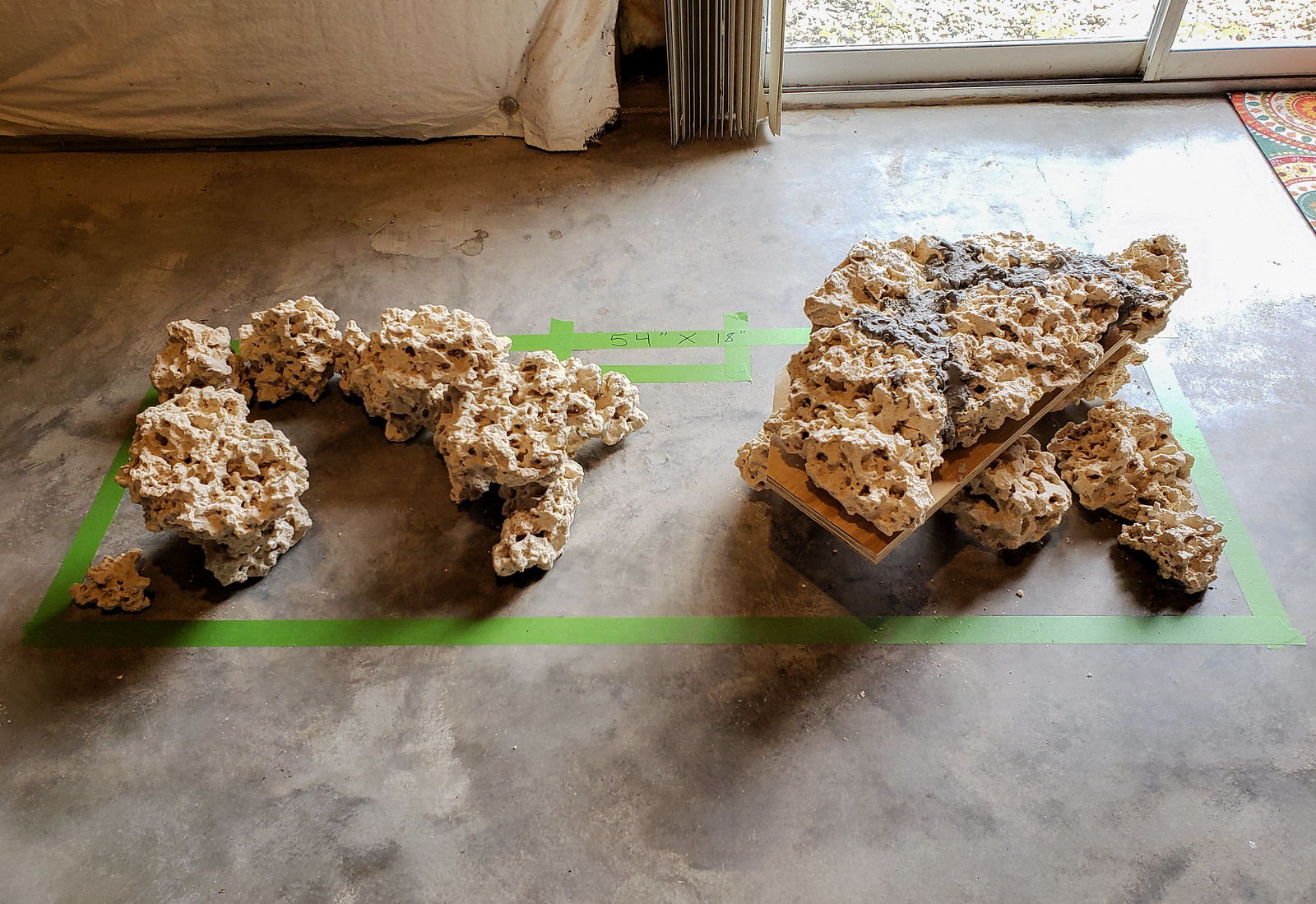 Highest point will be right around 12", the rest will fill in from the corals.

Cool build! Long build lol I feel for ya. At least its wet now!

Xam said:
Cool build! Long build lol I feel for ya. At least its wet now!
Click to expand...

Oh it's dry again LOL. Hopefully I'll have the sump in the next couple of weeks but they still haven't started on it yet. I may fill the tank and start cycling some things in the display next week some time.
OP

OK, the 95% solution now that the mortar has just about completely cured. This leaves a minimum of 2.5" inches between the rock and the glass on all sides (inside of the tape). 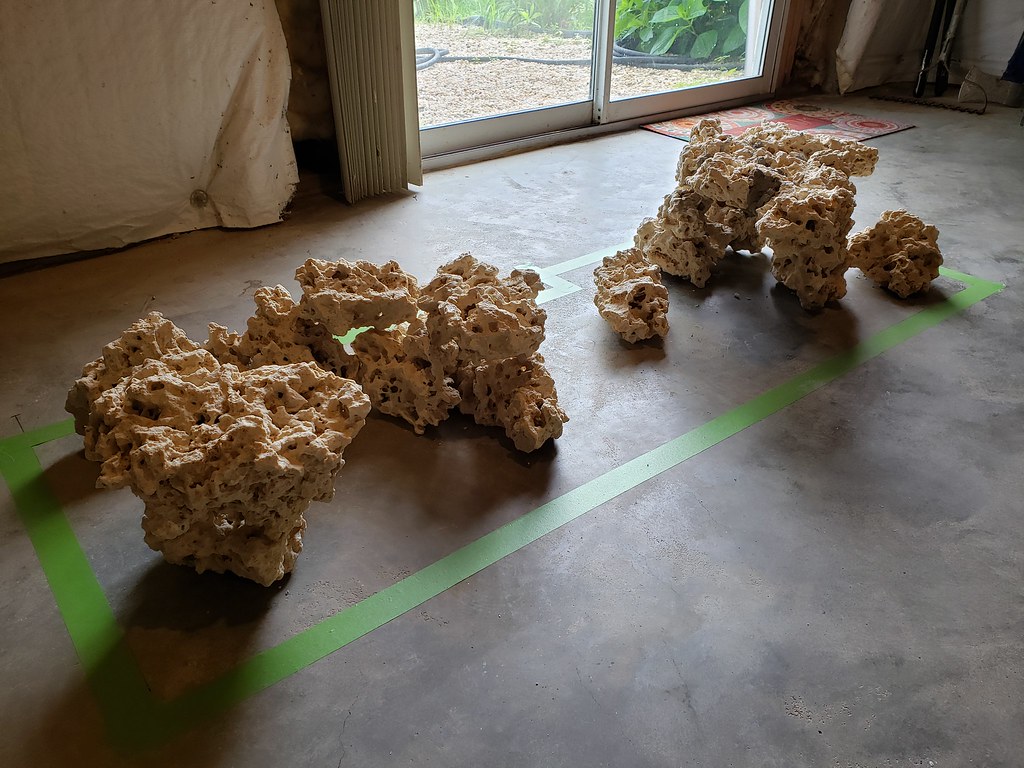 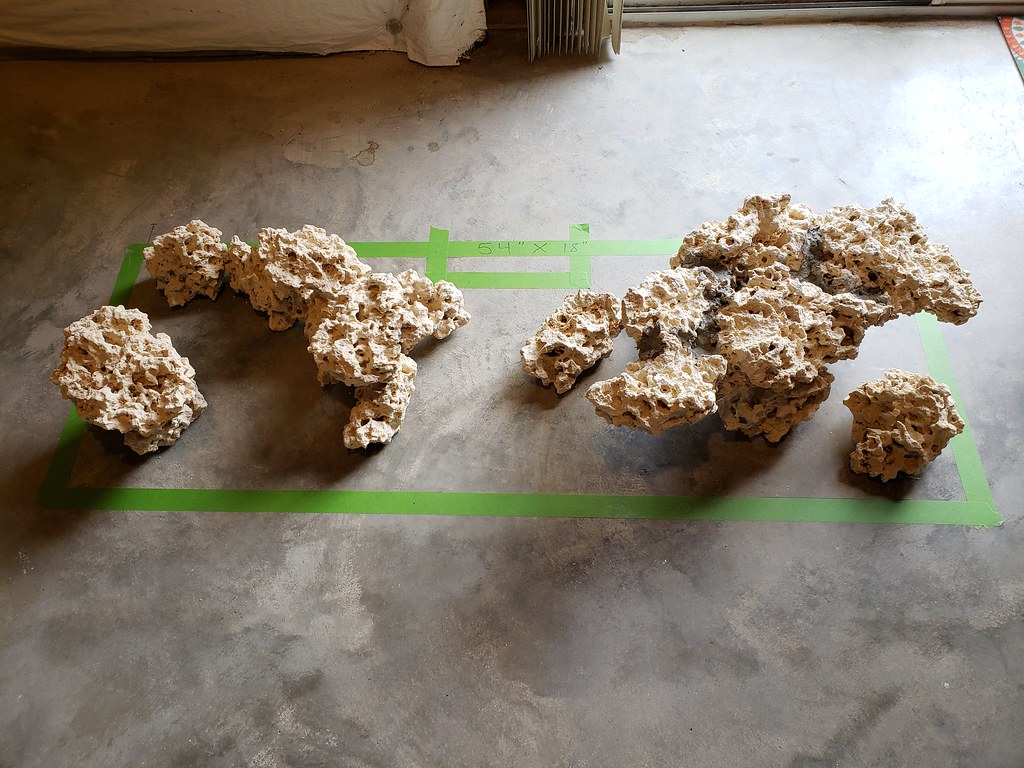 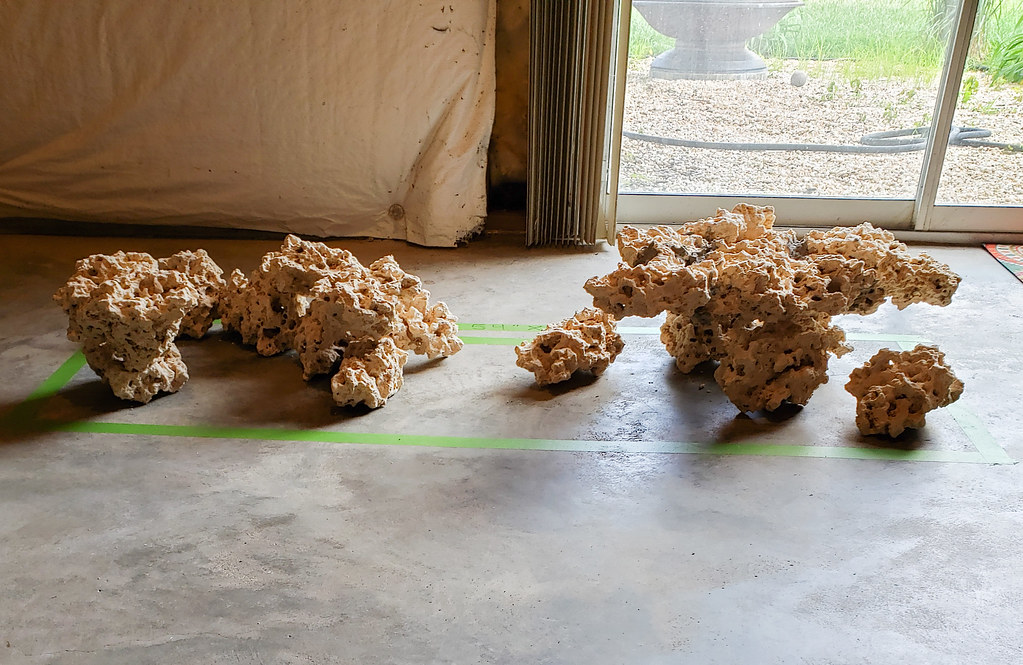 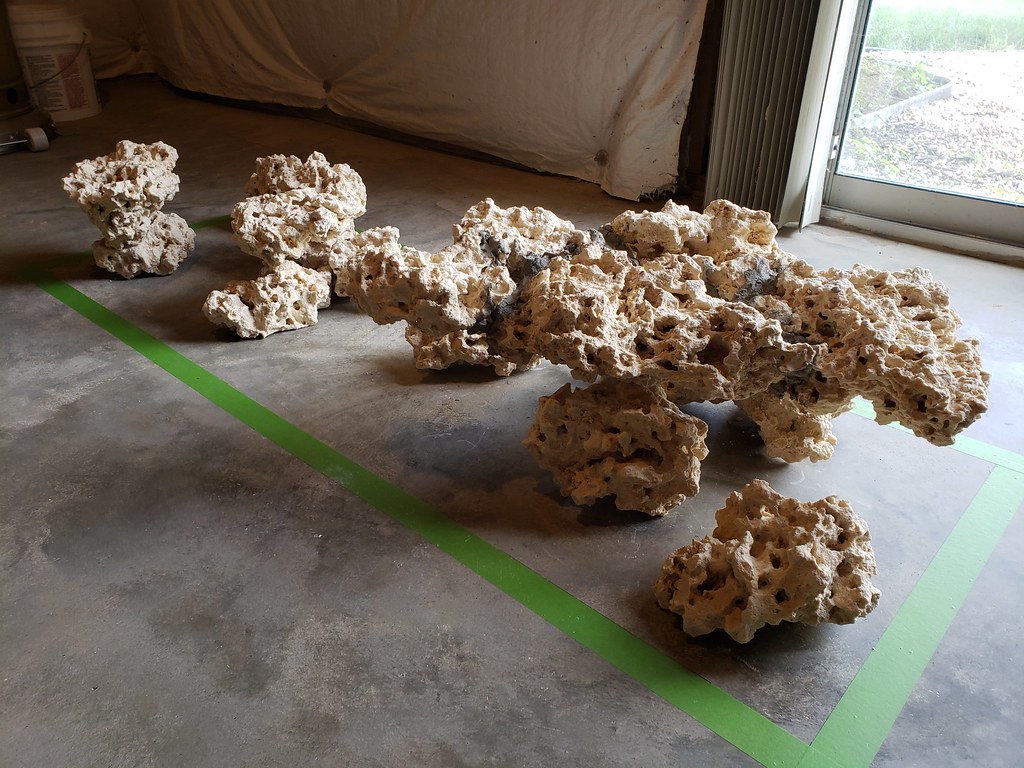 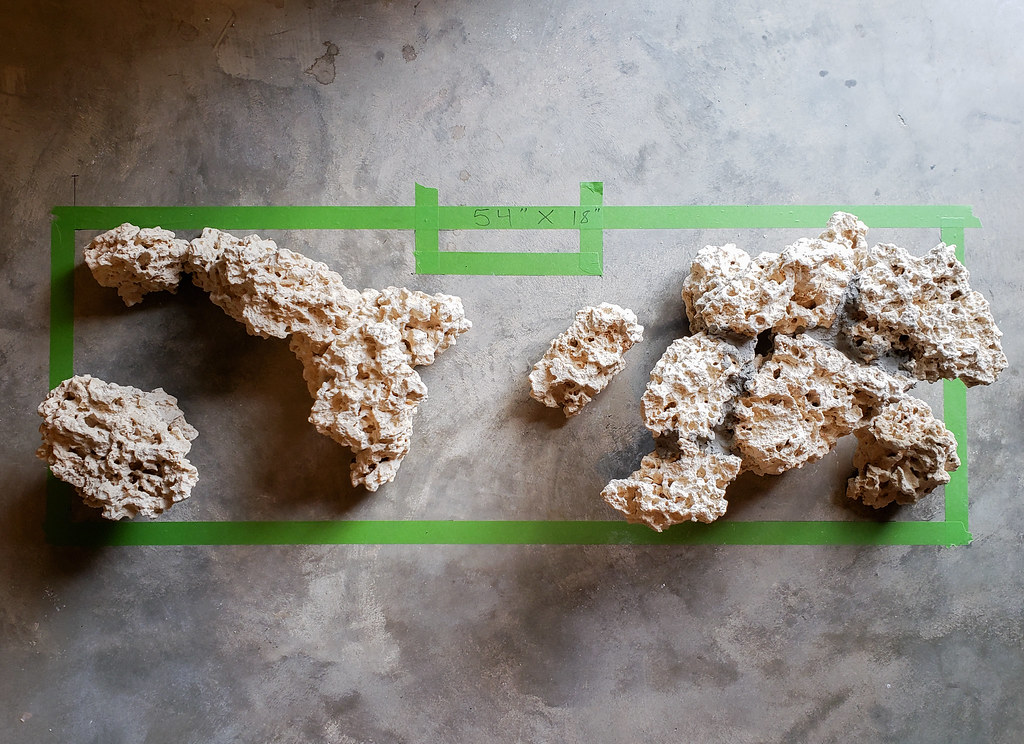 I'll use the live rock from the 75g to create the structures on the left side along with the pieces that are laying on the sand.
Last edited: Jun 8, 2019

madweazl said:
OK, the 95% solution now that the mortar has just about completely cured. This leaves a minimum of 2.5" inches between the rock and the glass on all sides (inside of the tape).

I'll use the live rock from the 75g to create the structures on the left side along with the pieces that are laying on the sand.
Click to expand...

I like the rockwork. Lookin forward to seeing it completed!
OP

Day 1! Phosphates read 200+ on the ULR; it will be interesting to see how much GFO or lanthanum chloride it takes to get the levels back down. Once I get that in line, I'll start moving some live rock over; I may skip using rock from the 75g and order some new stuff from Tampa Bay. Whichever direction I go, it will be placed on top of the section that wraps around the pillar on the left and wont require much as want it lower than the pillar up front. Oh, I only used three of the four bags of sand so it currently has 120lbs in it (80lbs of special grade and 40lbs of Fiji pink). 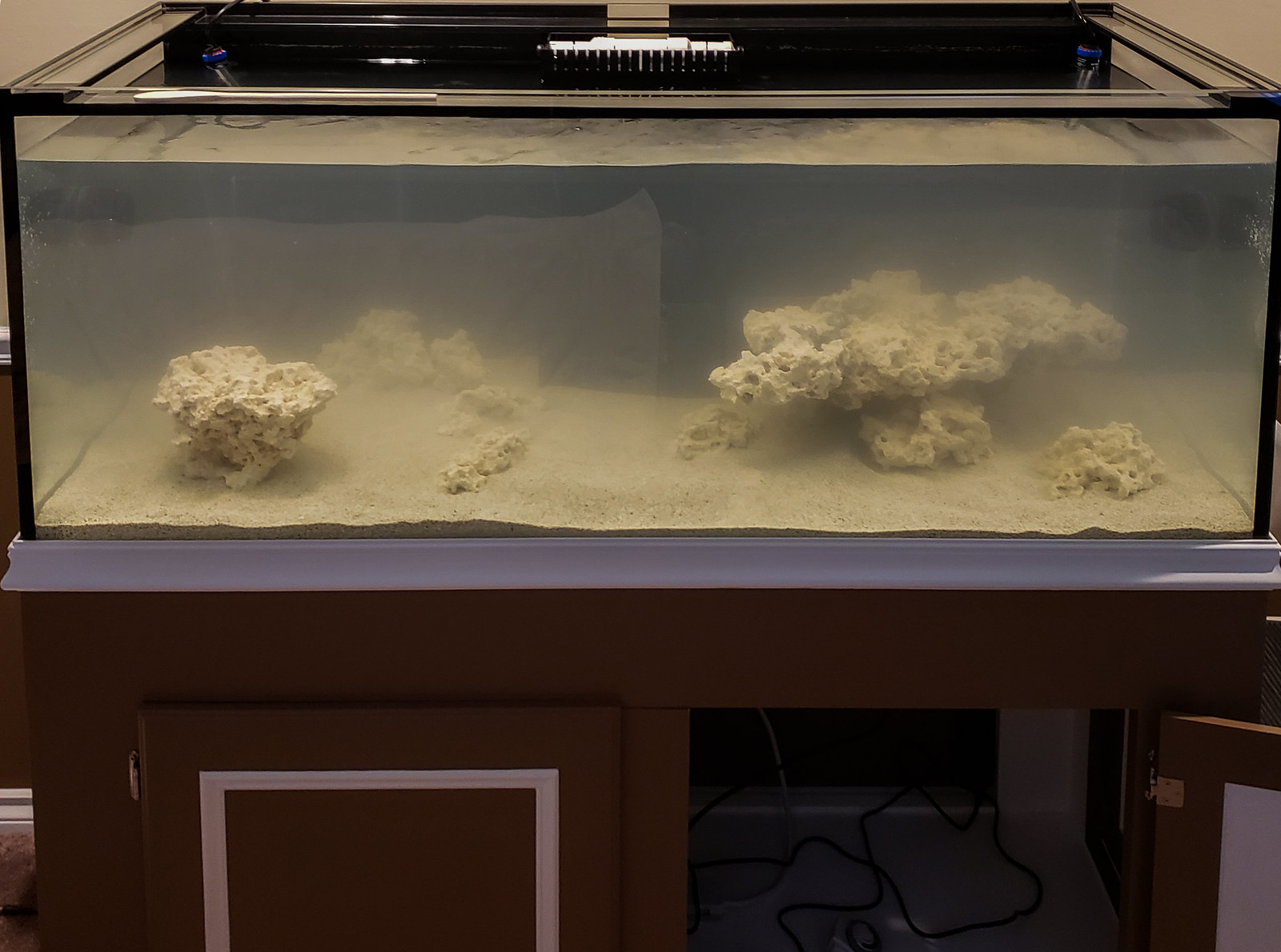