Hello! So I've been wandering around R2R for a bit now but have yet to introduce myself.

I used to have a saltwater tank several years ago, but when my wife and I moved, we had to set it up at my parents house before we bought it from them. My sister was living there at the time and it was very neglected. It crashed shortly afterwards. Recently, my friend gave me a little tank and my wife said I could make it saltwater if I got rid of Wilbur the bearded dragon. So....

My tanks include a 5 gallon AIO reef tank with a single clown, a peppermint shrimp, several Zoas, and a couple of SPS; a 10 gallon cherry shrimp and angelfish fry tank with java moss and lucky bamboo; a 20 gallon guppy tank (my daughter's), a 75 gallon male African Cichlid tank (hoping to convert BACK to a saltwater tank again soon), and a 110 angelfish/community tank. (I also technically have a 15 gallon tank for angelfish egg hatching but it's currently not occupied)

My chickens include a 2 Mille Fleur D'Uccles, 2 Old English Game Bantams, a barnyard mix Americauna, and a Black Copper Sexlink - all hens.

My cat is a standard shorthaired domestic cat.

My wife and I have been married for 20.5 years and dated for 7 years prior to that.

I run Livestream sound for my church, am a part of the Men's Leadership, and a member of the Financial council.

I'm kind of a computer geek.

I work in utilities for a local water department.

Nice to meet you!

Sounds like you've got your hands full! Welcome, we are glad to have you!!!

Welcome to you and your house full of creatures.

Welcome to the Dark Side... 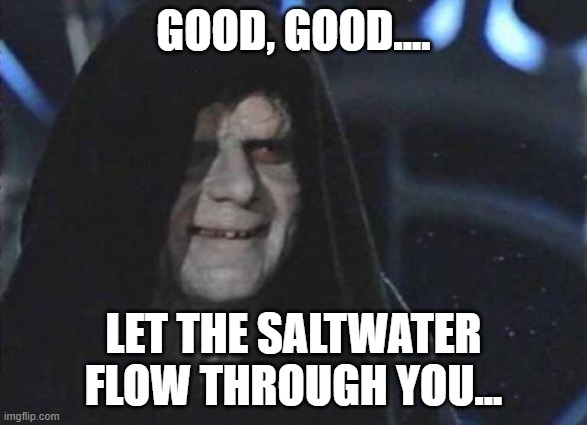 After a through review of the details in your application we at Reef2Reef have decided we may need additional information on your chicken coop before we can admit you into the free range club. Everything else in your introduction seems superior so Welcome to Reef2Reef!

welcome to the show.

Welcome to REEF2REEF Tim!!! Nice list of animals. You must be busy. And you have 2 kids!!!