Hello, a while back i purchased a pair of blue throats. The male had a severe eye infection and died in quarantine after trying all kinds for about 3-4 months. The female was fine and was put into my display tank. Since then we have had two further males die in quarantine even though other fish were making it through. About five weeks ago,we got another male and he made it through quarantine and into the display. We sat watching to see what would happen and all looked well apart from our female clown nipping at him to keep him away which didnt seem to bother him at all. We went into the kitchen to eat and when i came back through to feed them,the female was attacking him. It wasnt just a case of chasing him off or pecking order stuff,this was a sustained attack to try to kill him. I had to literally fend her off with the tongs while i netted him back out and put him back in his quarantine tank. It is an 8ft tank so plenty of room etc. We had bought a longnose hawkfish the week after the trigger that was in a seperate quarantine tank so the week after,we put him in and observed again. Although she looked a bit aggressive toward him for a few hours,there was no attacking and by the day after she seems fine with him. So,i dont think she had turned into an **** that was going to attack any new additions,just another trigger! My question to everyone is,is she likely to do the same again if we tried him in again? Does anybody try this multiple times or is it a case of if she has done it once she will do it all the time with him? Is there any other things i can try or should i just get used to having a female on her own? Gutted,its taken nearly a year and couldnt have went worse,thanks for any advise or suggestions

Yes, the female will do it again. Put the male in an acclimation box that is big enough for it and observe the female’s reaction. You can then make a decision based on what you observe.

What size is the female, if she is less than 4.5" it's not a guarantee it's a female. Some male bluejaws don't display their male coloring until around that size. If it is a female bluejaw, the aggression should subside, it it is a male, the male colring will display very shortly and you'll know. In an 8 ft tank a male and female should co-exist, it doesn't necessarily mean they will bond, but they should not try and kill each other. I did see some slight quibbling when I added my female's 2nd husband, but in no way would I call it vicious.
OP

Hello,thanks for the replies. @lion king its definitely a female. I thought the same,that the big tank would give them plenty of room to avoid each other if they wanted to but she was actively hunting him down and viciously attacking him,swimming into him as fast as she could and biting him. I honestly think if i hadnt removed him straight away,she wouldve killed him. I would love to have them both in the tank if she would allow it but i dont want to put him through it again and get the same result as it must have been pretty traumatising for him. She is quite a bit bigger than him but i actually thought that might have been better but obviously not. It is a shame because we are on lockdown here and he has had to go from a 1500 litre system back into a 60 litre quarantine tank in about an hour,bit of a come down! Obviously,i cant take him to my lfs as it is shut so he will just have to sit it out until i decide what to do and all this virus mess hopefully sorts itself out,thanks again

Hi @vetteguy53081 ,its 100% a female and a male so i guess she is just territorial but only with another trigger as she seems ok with all the other fish

Blue jaws are also really not what I would call vicious, so maybe because of such a size difference. What is her exact size, as I mentioned before, less than 4.5" all bets are off. Where atr you at, lfs are considered essential business where I am.
OP

Hello @lion king , i would say she is probably 4.5-5 inches and he is probably about 3 inches. I am in the uk. Oh and i know that these are not deemed vicious but the attack was savage and sustained

Sounds like she is a female maybe the size difference may make her morr aggressive. I' m not there to see because she obviously could kill him. But most of the time these female to male aggressions do work themselves out. An acclimation box to help her get used to him may help. You could even build yourself one with eggcrate and zip ties if you cant get one, or online.
OP

Hi @lion king ,i think i can get an acclimation box here in the uk but it is only 12x6x6. Is this going to be big enough,are they meant to be that small? That was the biggest one i have seen while searching the internet,what do you think? Thanks for your time

I'm not the expert with the acclimation box, maybe some others will chime in. I do know that the female to male aggression in the bluejaws is usually short lived and rarely deadly. Have you seen her vehemently attack him, or is it her chasing him away with gusto as it were. The likelihood is him trying to buddy up, and her just having nothing of it. If she is going out of her to attack him, then that's usually not in their demeanor. I just thought the acclimation box might be a good trick to get her used to him.

If you can catch the female put her in QT for awhile & let the male loose in the DT then add the female & see if that stops the aggression.
OP

Hi @lion king yes she was properly attacking him. I am going to get an acclimation box next week and try it. Anything is worth a try because obviously i already have him and he cant be returned at the moment anyhow due to this virus. @Dragon52 i did think of trying to catch her but she has a cave where she sleeps and she just shoots in there and locks herself in with her trigger so it would be tough to say the least. Having said that,if the acclimation box doesnt work then i will probably give it a go,thanks for your suggestions

Just thought of the fact some people put a mirror on the side of the tank for aggressive fish & it seems to help.

I have kept several blue jaws over the years, singles and pairs, for the most part they are very peaceful fish but you can for sure run into your issue, i would say your best bet is to do as someone above stated, isolate the female and let the male get comfortable. If that does not work you might just need to get a bigger male down the road and try that. I had one instance of a supposed female(around 4") that turned out to be male, i found out when it killed the other male and gained male colors a few months after. I also knew someone who had a crosshatch pair that were model citizens in an 8 foot cube for a couple years until one day the female went nuts, killed every fish in that tank including her partner.

She is 4.5-5 inches and 100% a female,i will try next week with the box,if thats no good i will try something else,i have a little time as we are on lockdown for the foreseeable future so the male cant be returned even if i wanted to which until ive tried a few of these suggestions,i dont. Shes ok with the other fish so i hold a little hope but not much! 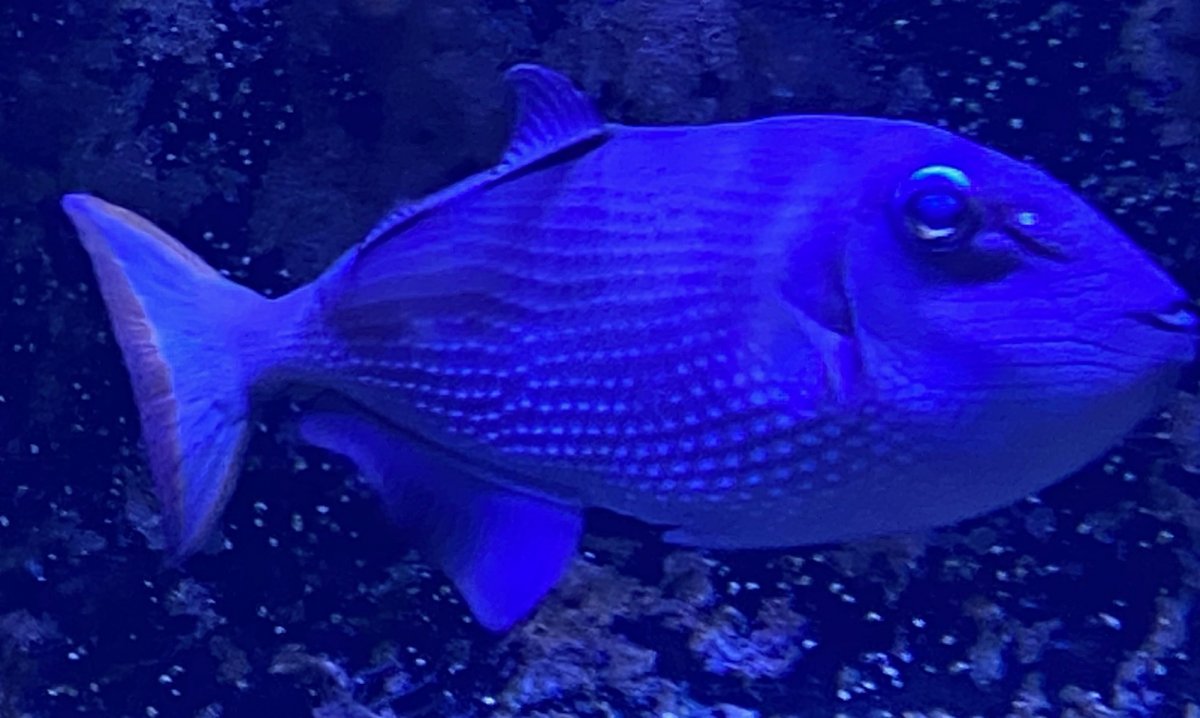 Just a quick update. I put the male in the big tank in an acclimation box yesterday. The female is swimming around constantly checking him out but as far as ive seen,she hasnt attacked the box. I am going to leave things a few days to see what happens,perhaps moving the box around the tank a bit. Fingers crossed she accepts him,not exactly confident but hopeful,we will see!
You must log in or register to reply here.
Share:
Facebook Twitter Reddit Pinterest Tumblr WhatsApp Email Link