I’ve had fish tanks all throughout my life ranging from sizes (up to 120G) and bouncing back and forth between fresh and salt FOWLRs. However, I have never pulled the trigger and keep corals for the reason of the time, dedication, and stability they require. With moving around for school, new jobs, and starting a family the time was never right. But it is…NOW.

We relocated to the Austin area around this past Christmas time to assist with my husband’s sister being diagnosed with pancreatic cancer and I accepted a new robotic engineering position here. The Austin real estate market is absolutely ridiculously right now and we ended up purchasing a lot to build as this has been a bucket list item for us. As you could probably guess, my dream tank will be included in this future build which I am over the moon about. Not going to give any details away about it just yet, but it’s going to be big, spectacular, and will have a separate thread once we start breaking ground on it.

It has been about 4 years since I’ve had a tank going and felt pretty rusty as far as water chemistry and day to day tank stuff goes. We’re expecting our house to be built anywhere from about a year and a half to two years from this point, so I decided that it was probably a good idea to get my feet wet in the shallow end before jumping into the deep.

Around mid February, Austin and surrounding areas were hit hard with a snowstorm causing damage to power grids that left a ton of people without power and water for over a week. We were extremely lucky and our home is close to a hospital, so our power and water was never affected. However, an opportunity arose from someone on Craigslist that wanted to get rid of his 29G that he had running for over 7 years that unfortunately lost his livestock due to the storm. The 29G number gave me a little bit of PTSD as this was the size of my first saltwater tank at the age of 14 and learned some hard newbie lessons on that tank: cycling fails, ich, poor water quality, messing up salinity with a float hydrometer, live rock pests, overstocking, etc.

From the one photo of the tank on Craigslist, I was able to recognize that it was a Coralife 29 Biocube and decided to roll the dice and get the feet wet. So we set a time and date for me to pick it up.

Attached photos are of the grocery store during the snowstorm and the text conversation regarding the tank. More to come… 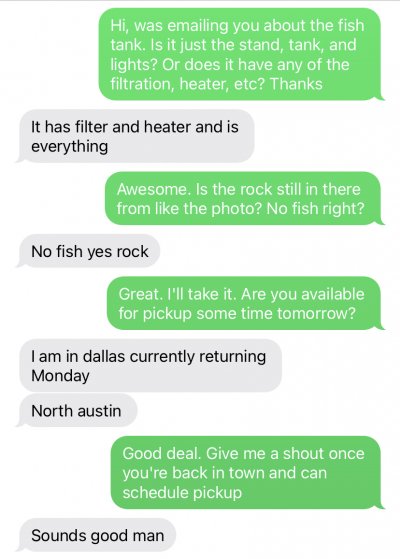 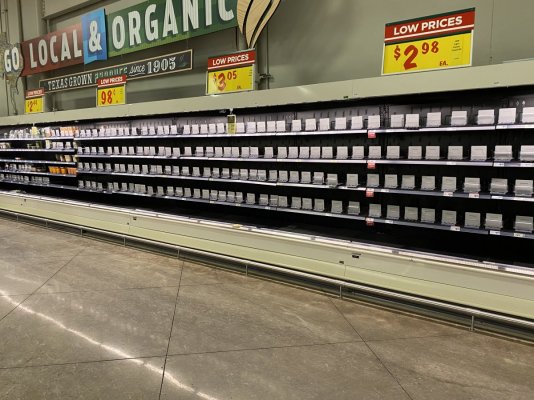 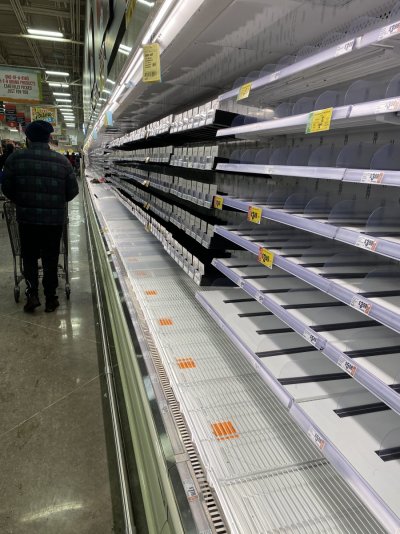