Fish That You Think Are Not Worth The Price Tag

Braves Fan said:
kinda off topic ,, but ,, I would like to see more vendors sell QT fish ,, at least some of the higher end fish ,, has to be a market for them ,, its the reason Divers Den is in business ,, jmo
Click to expand...

I think one fish that sticks out to me as not worth it, IMO of course, would be the conspic. It looks kind of cool, but not that great for the price it fetches.
R

There are quite a few fish that I cant say I understand the hype around them, or the price tag they come with.

1-Clarion angels, as juveniles they look awesome. as adults theyre just boring to look at.
2-Gem tangs/Black tangs, boring to look at. I'd much rather a purple tang or a yellow tang. They aren't rare either, I saw a load of them when I went diving.
3-Earlei wrasse and some other flasher wrasses. As much as I love flasher and fairy wrasses I can't say I understand the price. So much for something so small.
4-Candy swiss guard basslet. Similar reason to the small wrasses, its tiny and in the kind of systems I like to keep it would disappear. It would look awesome in a nano but it's a lot of money for a tiny fish.
5-Interuptus angel, Beautiful fish but not beautiful enough for the price tag to make sense.
6-Peppermint dwarf angel, similar reason to the interuptus angel.

Having said all of that, it's all relative. One mans $5k on a fish is another mans $20 on a fish. For me $350 is my limit for a fish, and that limit once used to be $150. If my disposable income was larger than it currently is, I guess my limit would be higher.

GoldeneyeRet said:
Some fish that are not worth the price forme are: mismarked/mutated clownfish, borbonius anthias, any cardinalfish, any bristle tooth tang, genicanthus angels, flasher wrasse (because of lifespan, not that I dont like them). I'll think of more I'm sure...
Click to expand...

Oh, now I do feel the need to defend my luteus cardinal, which is gorgeous. 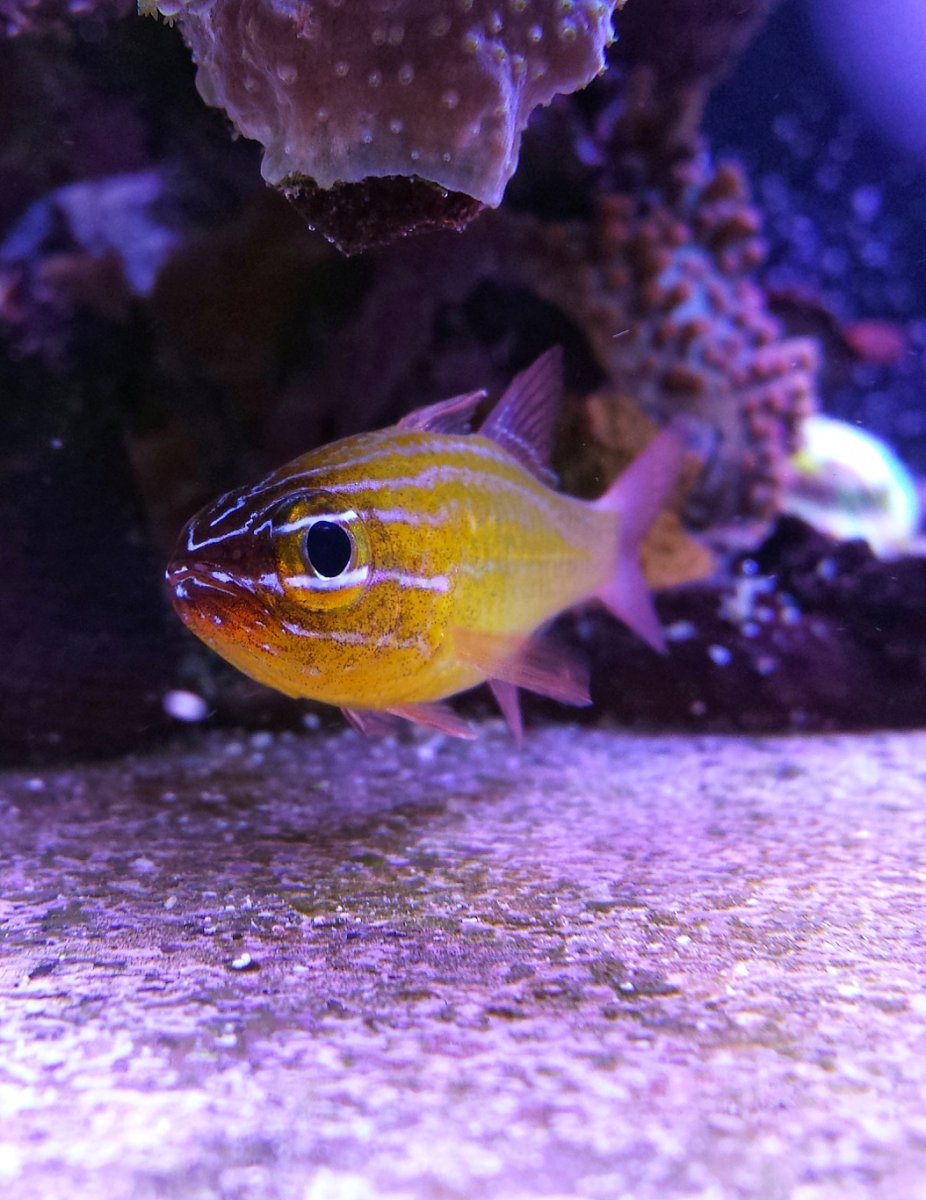 Chevron tang, beautiful as juvenile but drab as an adult

Green Chromis...... Yeah, I know, this is NOT an expensive fish...buutt.... they seem to turn all sorts of evil as they get older. I run a 'calm' reef tank, and had initially stocked with a couple of clowns and three Chromis fish. 8 months in and they started to fin nip all of the other fish, and one of them started chasing the other two around....nasty creatures! So at any price they are too expensive1
A

NC122606 said:
So I have seen a lot of expensive fish and notice some of the (Less Pretty) ones have a hefty price tag that I know I would never pay for.
So I was wondering what fish you think are way too overpriced based on looks and etc.

Mine is going to be Golden Rhomboidalis Wrasse, I just do not see why people would pay $200 for them. (Sorry if offending but)

I'm going to irritate people with this but honestly when fish are well into the thousands of dollars range, I simply do not see how one can get that much value of a given fish even if it lives for years. And with everything that can go wrong that is just an insane amount of money to flush down the drain. I would say that gem tangs or blemish tangs top my list of fish that people pay stupid amounts of money for and see very little in return IMHO.
A

Your point is well taken, but thousands of dollars for fish are for guys who can afford them ... same as exotic cars over $100k the difference with fish of course that they will eventually die, hopefully it will live a long time and the owner will enjoy the fish.

attilak said:
Your point is well taken, but thousands of dollars for fish are for guys who can afford them ... same as exotic cars over $100k the difference with fish of course that they will eventually die, hopefully it will live a long time and the owner will enjoy the fish.
Click to expand...

Agreed, "expensive" is a term that is generally relative to income/budget.

Martyd said:
The Borbonius is fantastic! 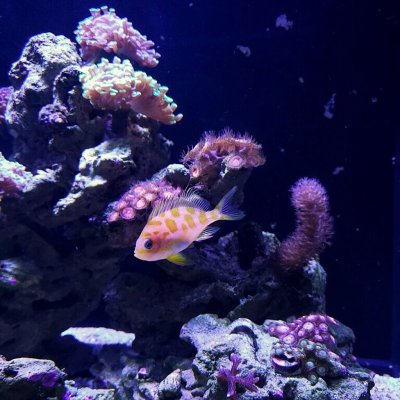 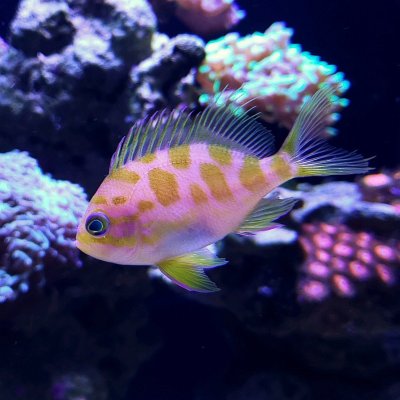 R
What drives the price of reef related products?

Finally found a food the chromis will eat that's not frozen