Rating - 0%
0   0   0
Hey all! Been meaning to start a thread on here but got busy with life. Anyway, I had an IM10 SPS tank in highschool and sold everything (idiot move) when I moved to Colorado for college, thinking that I wouldn't set up another tank until I had my own House. That lasted for about 3 years and here I am rebuying everything that I once had, at much higher prices, in order to set this reef up. It has been cycled and has its first first and a mushroom coral (mainly for the coralline on the frag disc, not a big softie guy), but I have not taken updated photos yet. I will take more photos when I get home from school and work tonight if I feel up to it. My plans for this tank are everchanging, and I am unsure if I want to commit to another SPS dominated nano yet, but I'm sure it will happen eventually. For now I am planning on picking up a birdsnest at a local swap this weekend to use as a canary SPS so to speak, as well as nice encrusting coral for my lower rocks and a few zoanthids for the edges of the tank.

Equipment:
- Tank: IM 25 Lagoon
- Stand: custom built stand
- Lighting: noopsyche k7 pro (the bigger one lol, unsure on name at them moment)
- ATO: unsure yet, leaning duetto or amazon knockoff since most nano atos are pretty bad
- Skimmer: Leaning icecap. Despite their low build quality I hear that they are little skimmate monsters
-Heaters: 2 75w heaters (take one out for water changes when needed), planning on getting an Inkbird shortly
- RODI: ROBuddy 50GPD
- FIltration: Running a filter sock on one side and a media caddy on the other. Have another media caddy in my closet that I may modify to run floss on top with chaeto in the bottom 2 chambers
- Media: Running carbon and GFO when needed
-Test Kits: using ATI (i know i know not great) for Nitrate and RedSea for everything else
- 2 Bio bricks
-Return Pump: standard IM return pump
- Powerhead: Sicce model

Coral Plans
Current:
- Mushroom coral (got it for 5$ at LFS and mainly wanted the disc cause it has pink and purple coralline all over it)
Future:
- Red Dragon acro (have always loved the growth pattern)
- 2 plating acros with complimentary colors
-1 fuzzy milli (love fluffy sticks)
- Acan garden along one side of my tank where there is less light (2-3 decent colonies for my size tank)
- Zoa garden on base of rock
- 1 large encrusting coral (leaning favites)
-1 coral or anemone that provides decent movement in the water column on the peak of the smaller bommie 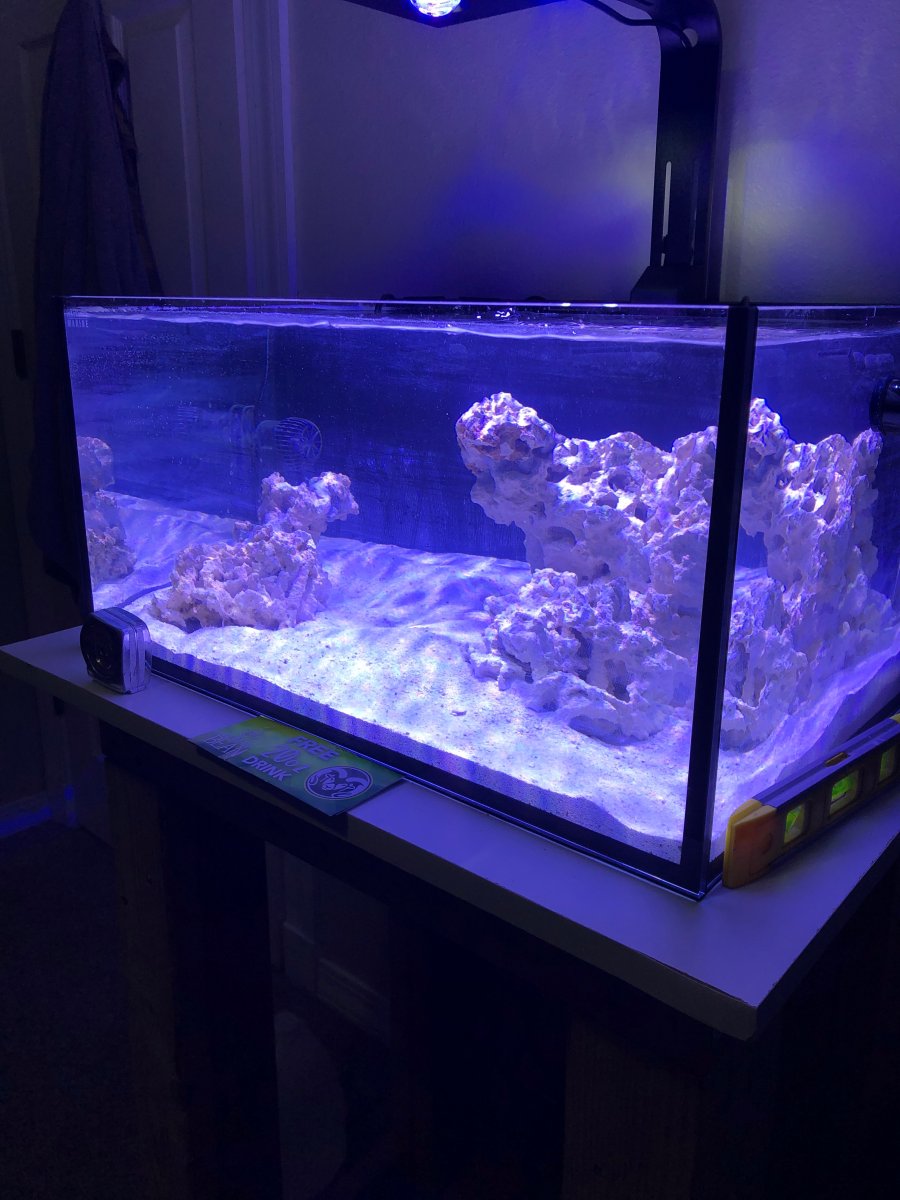 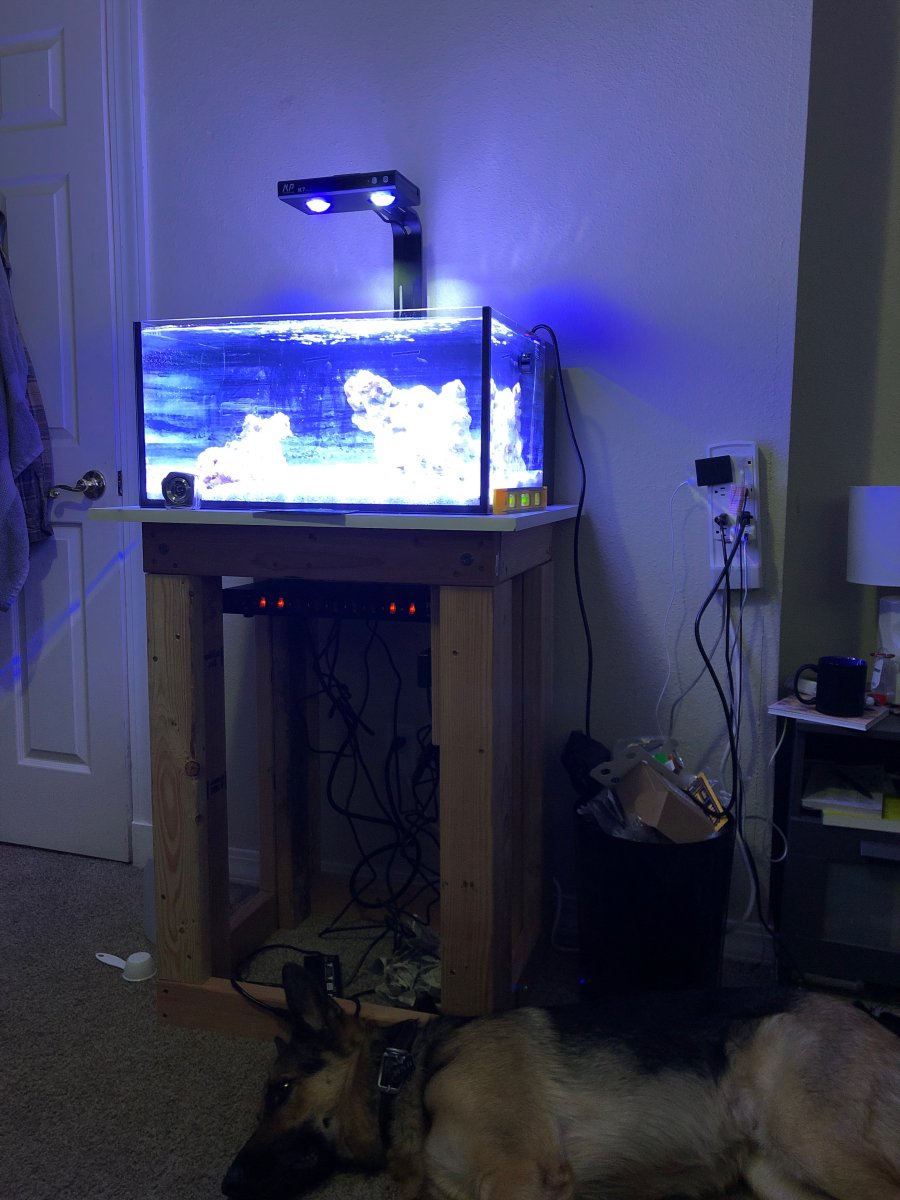 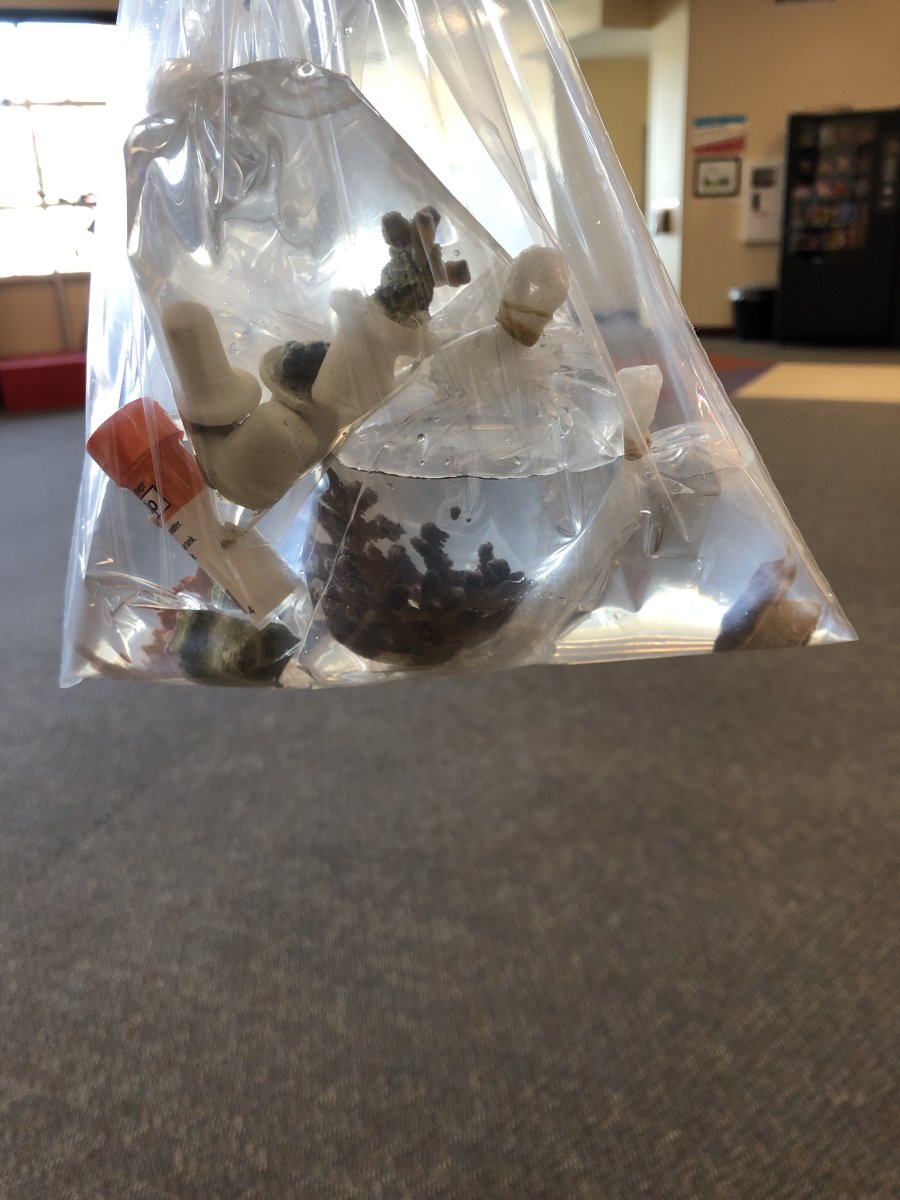 Just bought way too many frags at a local swap. Can’t wait to see them in the tank !