Getting a Copperband Butterfly Fish to Eat

I've been really enjoying getting back into this hobby. I do like a challenge. Probably why my wife isn't on board, lol.

Anyway, copperbands are definitely my favorite fish of all time! I had one about 20 years ago for about ten years. That one took to eating frozen mysis and after a year so would literally beg at the front of the tank and eat from my hand. They have a TON of personality and remind me of a dog.

When i started a couple of new tanks this past summer, i definitely wanted another copperband or two! And i have had success, but it takes a little effort.

To help anyone thinking about getting a copperband and searching reef2reef, here's what i did, and some do's and don't do's, and it's worked well:

1. Choose a copperband at least 2 1/2 inches across total--better 3 inches--in size or more. I have read that smaller ones are harder to get to eat. I think that is true. My friend and I picked up a couple copperbands at the local fish store that were smaller. I would consider getting the smaller copperband a mistake. They did appear to eat at the store, some brine shrimp. We should have at least made sure they ate veraciously; don't buy one at the store if it does not. Although successful fish can nip at food gently and sparingly when first put in the aquarium, when copperbands have decided to eat well--they are aggressive eaters if they haven't eaten for a few hours!

We made two mistakes after that. The first mistake after purchase was putting the fish in a large system with tangs and established fish. The copperbands were not picked on at all. But were shy and just kind of hid. I have had much better success putting the copperband in smaller tanks, either display or quarantine. Although the fish may like a bigger tank as it grows, it will be just fine, and easier to get to eat, in a smaller or quarantine tank. Make sure to provide PVC or liverock for hiding spots. Right now i have one in 20 gallon and he's doing so well that i am not clear that i will transfer him to the larger 200 gallon (with tangs and the like, until he starts show he wants more room, if ever). Although they can swim fast and utilize a large tank, they are not like a tang that swim fast for fun. They typically only get moving when startled or scared. They prefer to just causally peck their noses into crevice's for food all day. Provide those crevices and they'll be happy even in smaller tanks. I had a larger copperband in 45 gallon bow front for ten years. Never was he stressed. In fact, when i gave him to a larger tank at an antique store--i am not sure he enjoyed the change. In other words, these fish are like an only child. They like special attention and don't necessarily like others and sometimes just prefer staying in their own room. Second mistake was that we did not offer various foods other than the frozen foods that the other fish at well. These fish just never ate and did not make it. This leads into point number 2.

2. Offer various frozen and/or live foods to get to eat and continue until they take other offerings. Know that buying these fish is a commitment and challenge but is not all that expensive nor time consuming. I have purchased two more since the loss of the smaller one. Each i have successfully gotten to eat! One was 3 inches and one was 2 1/2 inches. One eat of the fish, I went to the grocery store and bought five manila clams. It's just couple dollars, literally. Each day, open a manila clam and place in the tank. You can rubber band it to a small rock. Both of these fish started eating the clam and ate it well after a couple of days . I replace the clam with a new one each day to prevent fouling the tank.

Longer term becuase i did not want the copperbands to develop a taste for other clams(!), i began offering mysis shrimp and live blackworms too. After a couple weeks, i stopped offering clams and that worked fine on both copperbands. You can get live blackworms here, dependably: Live Black Worms - Welcome to Eastern Aquatics! Both copperbands took to live blackworms very well. One took took to mysis even. Utilize feed mode or turn off flow when feeding. Turn flow back on for moment to stimulate feeding--they tend to get hungry at seeing moving food--but eat better once its' not moving too much.

After the copperband is eating live blackworms, to prevent the hassle of keeping live blacksworms (you just change the water on the container every day or so and keep them in a fridge), you can freeze the live blackworms and feed those just like any other frozen food. Amazon has silicone ice trays that have tiny cubes and those work well.

Eating frozen food of any sort that you can obtain relatively cheaply--i consider a success!

Here's a video--and this was a second feeding--about twenty minutes after i had just feed the tank. Note copperbands are suspicious of everything and it took him a moment to not fear the camera.

For whatever reason, i cannot find blackworms frozen online. I can find freeze dried, but only one copperband marginally ate those. Longer term, they might switch if continued to be offered though, so it's worth trying. I am mixing in freeze dried into the frozen offers here and there and what the copperband won't eat--other fish do...

curious, I've a copperband for about 7 or so years and he is very friendly. I have never had a problem with him eating. I know it is late in the game , but has anyone ever had any luck adding a second copperband? The tank is 300 gallons, with plenty of live rock. a powder brown, powder blue, and yellow tang, 1 clown, 1 wrasse, and 3 assorted dwarf angels. knock on wood, everyone plays nicely.
OP

Johne said:
curious, I've a copperband for about 7 or so years and he is very friendly. I have never had a problem with him eating. I know it is late in the game , but has anyone ever had any luck adding a second copperband? The tank is 300 gallons, with plenty of live rock. a powder brown, powder blue, and yellow tang, 1 clown, 1 wrasse, and 3 assorted dwarf angels. knock on wood, everyone plays nicely.
Click to expand...

I'd keep him in a quarantine for a couple--three months anyway. Good practice anyway, but mostly to get him eating without others around. Fatten him up. Lot's of pvc. some plastic plants, and/or rock. Plus you'll have a back up tank in case he's forced up into a corner of the tank by a pack of rude tangs... Once you put him in the tank, have some mirrors handy and maybe a small tank divider--all those tricks, etc.

Curious who's dominant between the powder blue and powder brown in your system?

Are they particularly susceptible to disease?

lol they take turns. I introduced them together about 2 years ago. First in my quarantine tank that I had them separated with the plastic lens cover of a neon light that you can buy at home depot that come in 2'X4' sheets. they chase each other then go around in circles real fast for a few seconds then off they go again. They have never fought ( tail duels) that I am aware of. I guess I have been lucky. I had 6 tangs all going great until I brought in the 7th and he managed to kill them all. Learned my lesson, no more Blue Atlantic Tangs for me! take care
OP

Zionas said:
Are they particularly susceptible to disease?
Click to expand...

Not that i am aware of.

I googled and saw these resources: 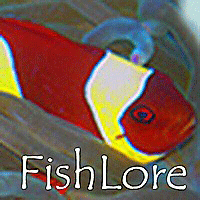 
Johne said:
I had 6 tangs all going great until I brought in the 7th and he managed to kill them all. Learned my lesson, no more Blue Atlantic Tangs for me!
Click to expand...

What a psycho tang! lol.