Welcome to R2R and the salty world Leslie. Nice tank. Lots of knowledgeable and helpful people here who will support and advise you when needed.

reefinatl said:
South Georgia? I spent more years than I care to discuss in Camden.
Click to expand...

Yep! Lollll. Camden? I love Jekyll island though! We moved a lot, from down in the Keys when I was young to up in northwest Georgia, and finally back down here. Most of my family is located here or in Jacksonville and Orlando now.
OP

Salty Rambler said:
Welcome to R2R! Congrats on successfully moving that tank -- it's looking great. Do you have any pics of your now-zoa tank?
Click to expand...

Thank you! It’s coming along. I’m still learning a lot too. Build thread should be up today or tomorrow- really wish I’d started when I got it so I wasn’t making one realllllly long post to begin with. I definitely don’t want to move it again anytime soon. May just sell it with the house lol...

Anywho, Zoa tank consists of all the zoa colonies the guy had originally inside the RSR and a few of mine now. I moved them in there because tbh I’m not ready for zoas to start taking up real estate in the big tank yet. I’ve also got two frag racks full of zoas I haven’t put anywhere yet... 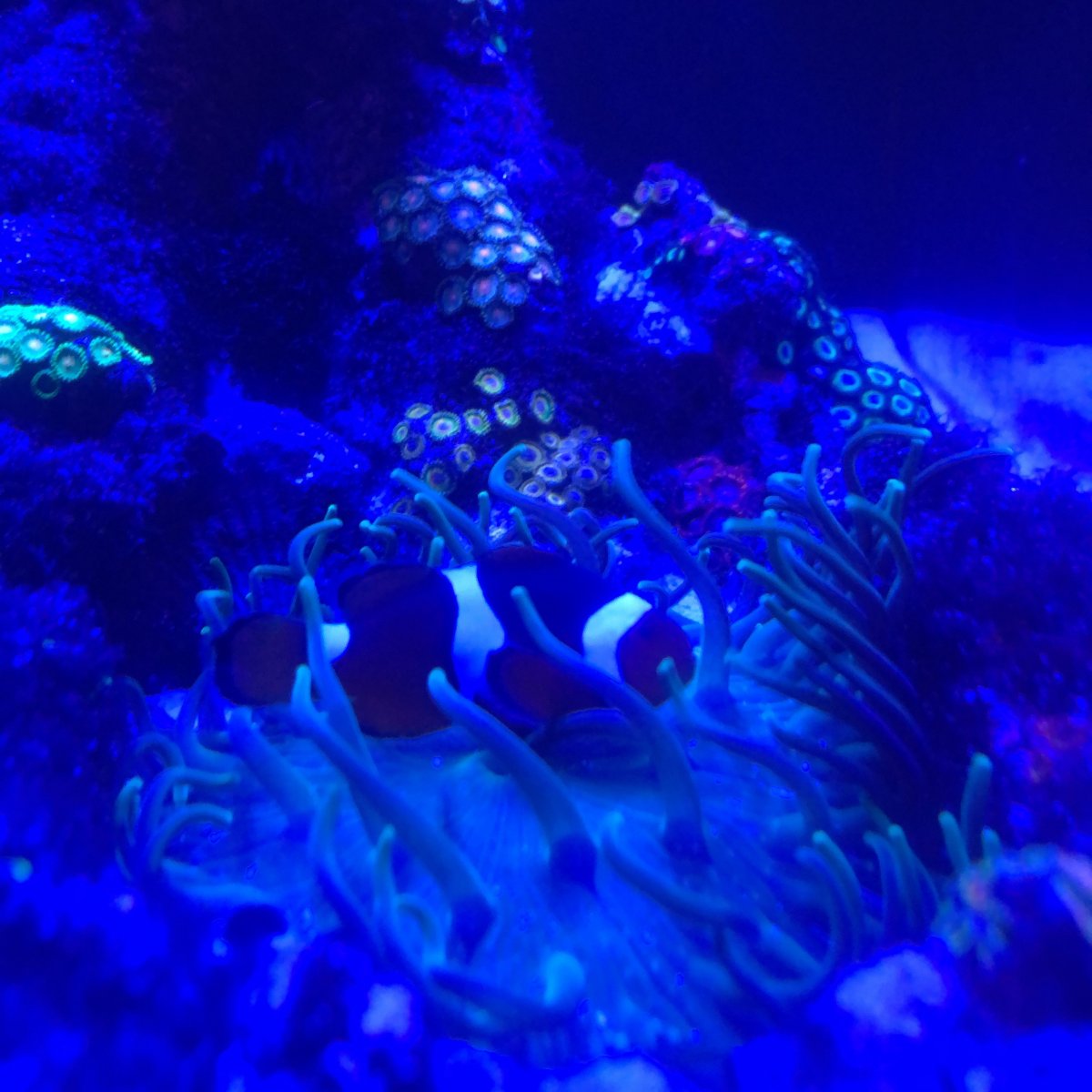 I have a LTA, Percula Clown and a Snowflake “Buckshot” Occellaris in there, as well as a turbo snail, chestnut turbo, nassarius (there were two until....), red leg hermit (who just got a new shell!), peppermint shrimp and now a nudibranch (Tritoniopsis elegans) that I removed from the big tank as a hitchhiker. 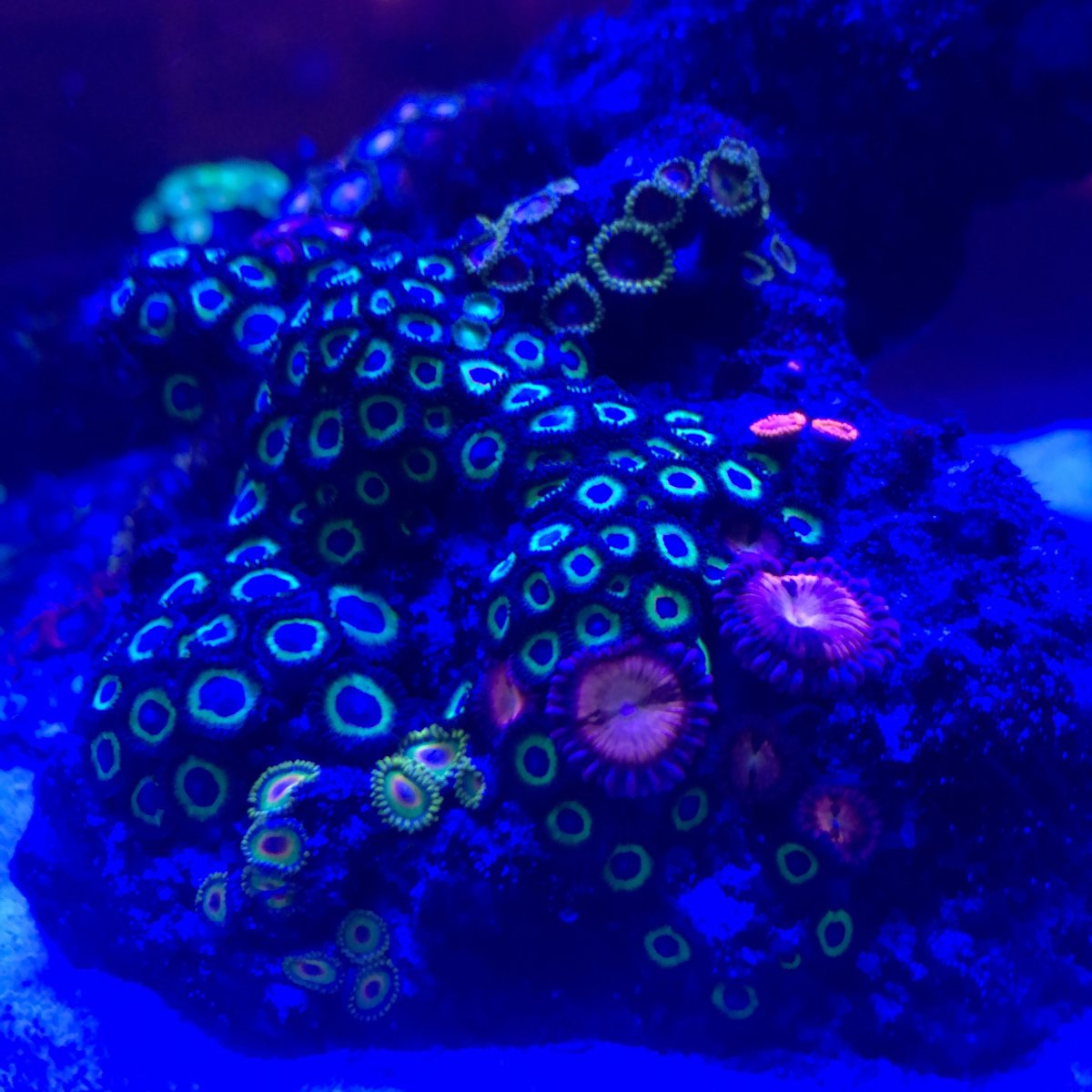 Anemone was first addition to the tank after cycle- this wasn’t by choice. Boyfriend came home with a tiny anemone and I had no option but to put it into the tank or send him back to Petco with it. (He has since learned his lesson, both about anemone and petco LOL!)

I added the Percula in a few days later because I was worried about the anemone and hoped it would help it acclimate. I honestly can’t say if it did, but the clown sure loved it, and the anemone has grown quite a bit since day one. Buckshot was added much later to keep the Percula company.

I’ve been battling a tonnnnn of algae that came in on the rocks the zoa colonies are on (more about this in RSR build thread) and there were apstasia in the Reefer that I found were coming from the rocks the zoa are on. I’m still removing them in the zoa tank, but the peppermint shrimp in the Reefer took care of the few I couldn’t reach. Phew...should probably make a build thread for the Evo too.

Here is a shot from about a month ago with white on- I’ll have to take one today so you guys can see what it looks like now. Clowns spent a lot of time digging around the anemone initially. 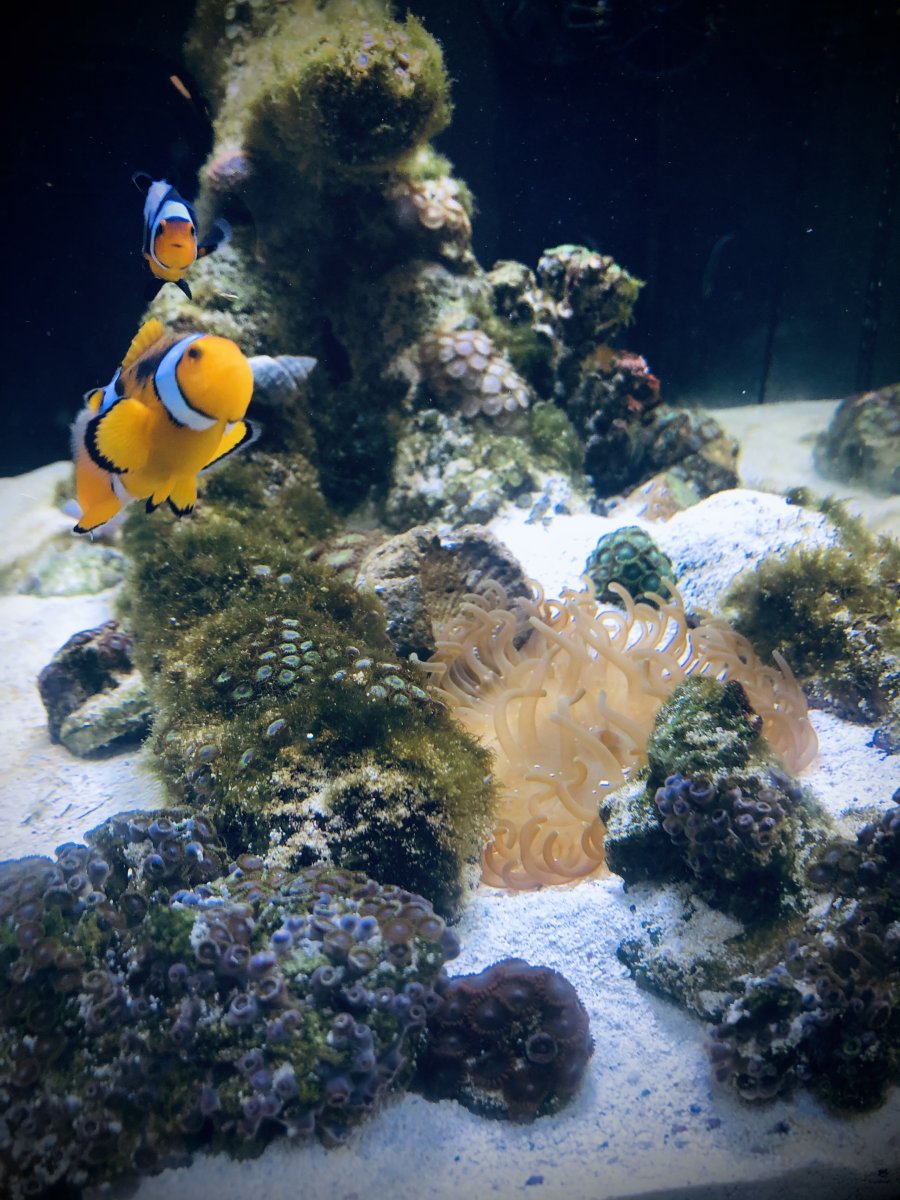 PS: If anyone feels like identifying approximately 30+ zoa species, I could sure use some help! I have been able to ID the majority of the corals that came with the Reefer (that took some time) except three sps and I still don’t know the majority of the zoa names.
Last edited: Apr 29, 2021

Welcome to the R2R family.
OP

As promised, white shots of the zoa tank today. I added the Xenia in from the bigger tank a little while back because I have removed more than I’d like to admit from it spreading. The three “pieces” in here now are attached to shells. 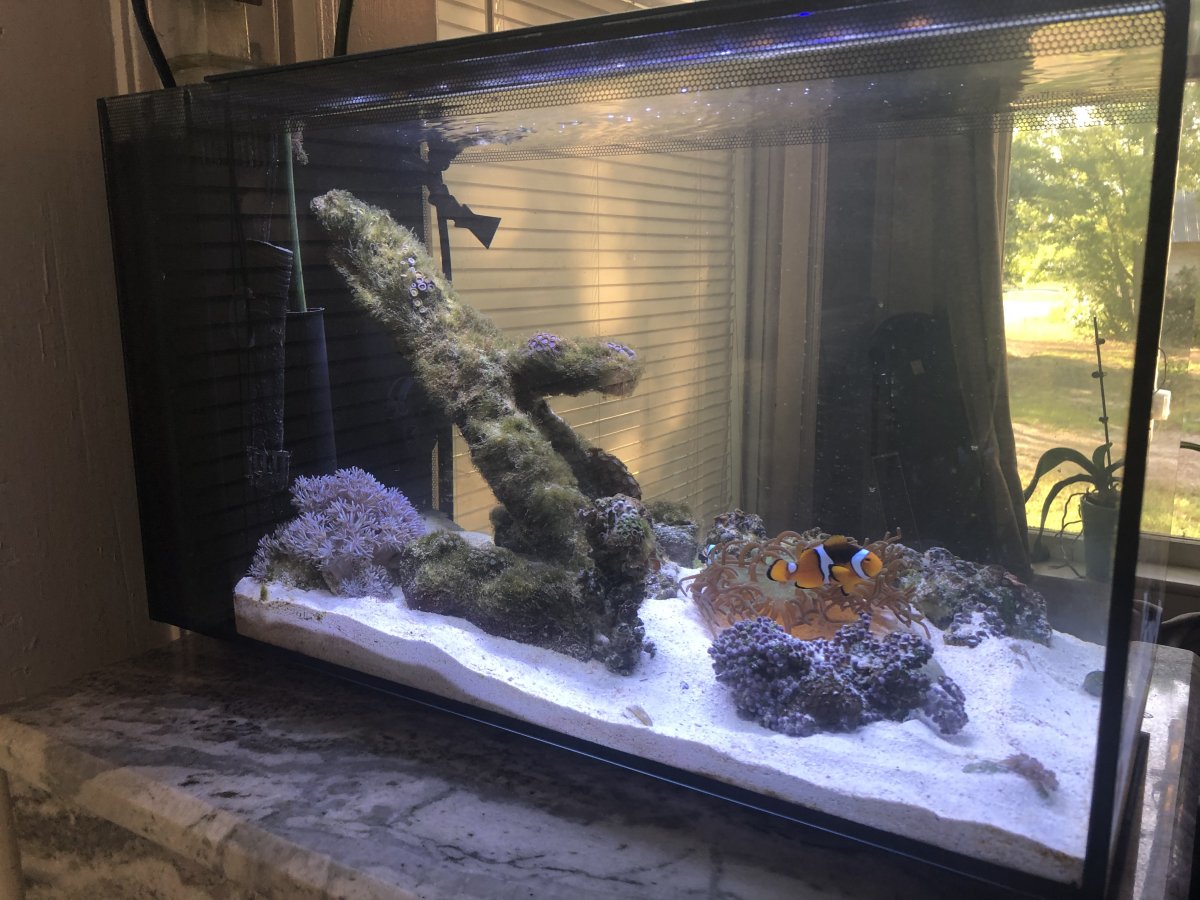 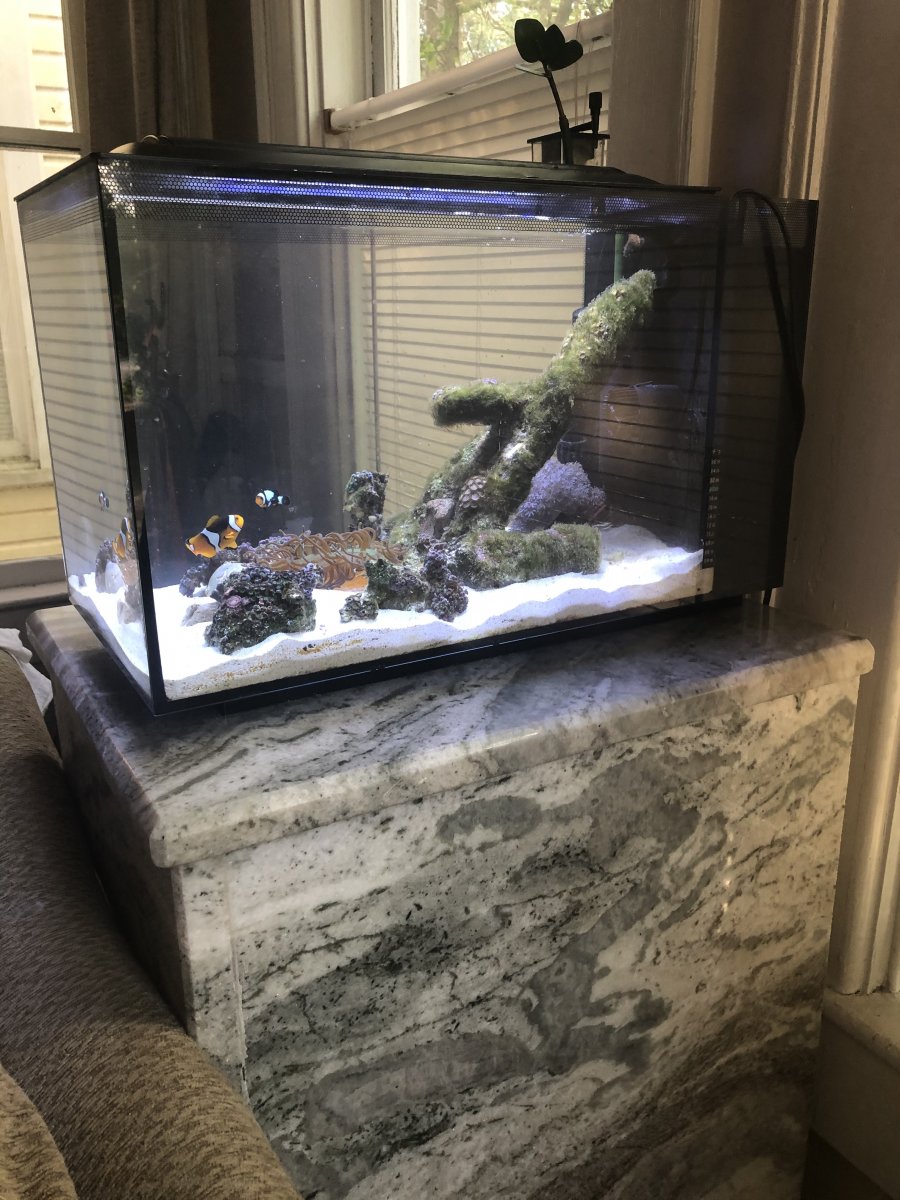 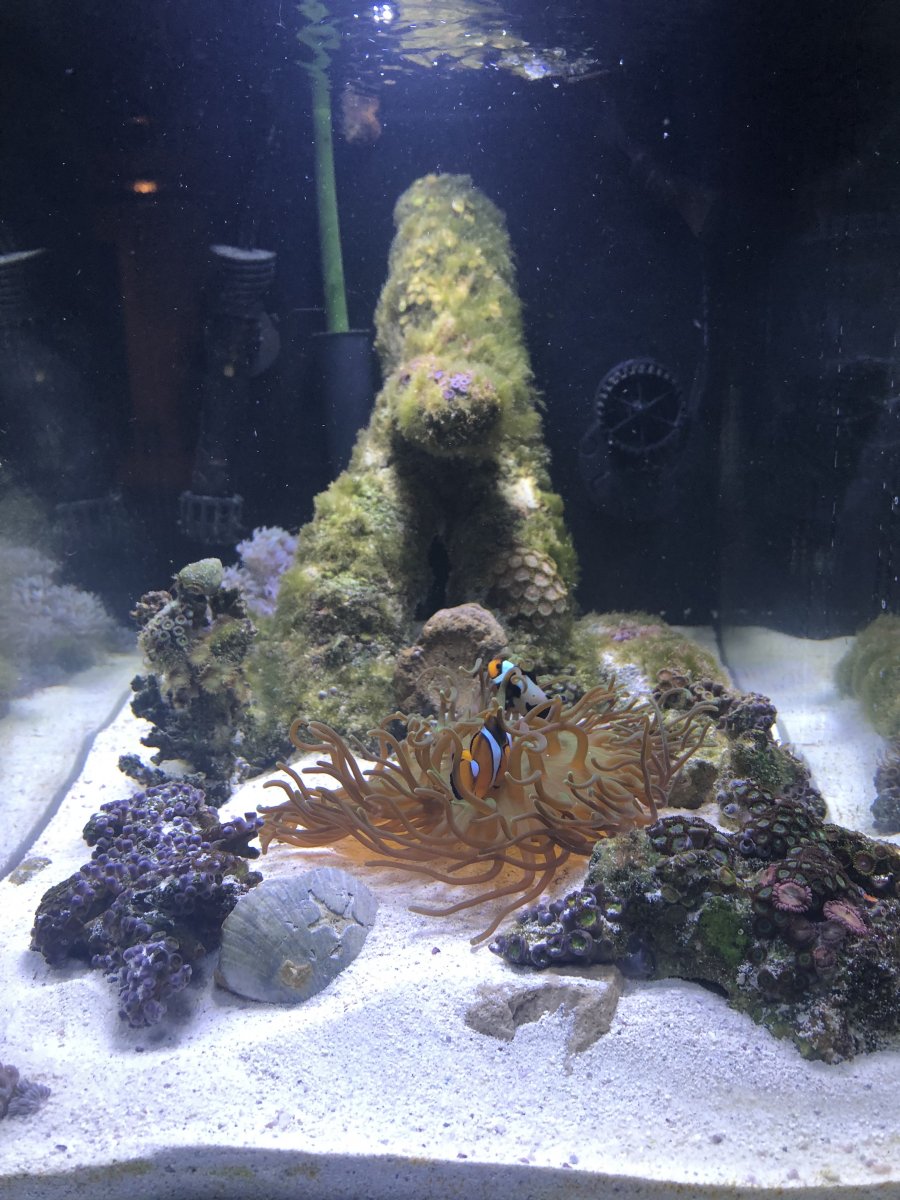 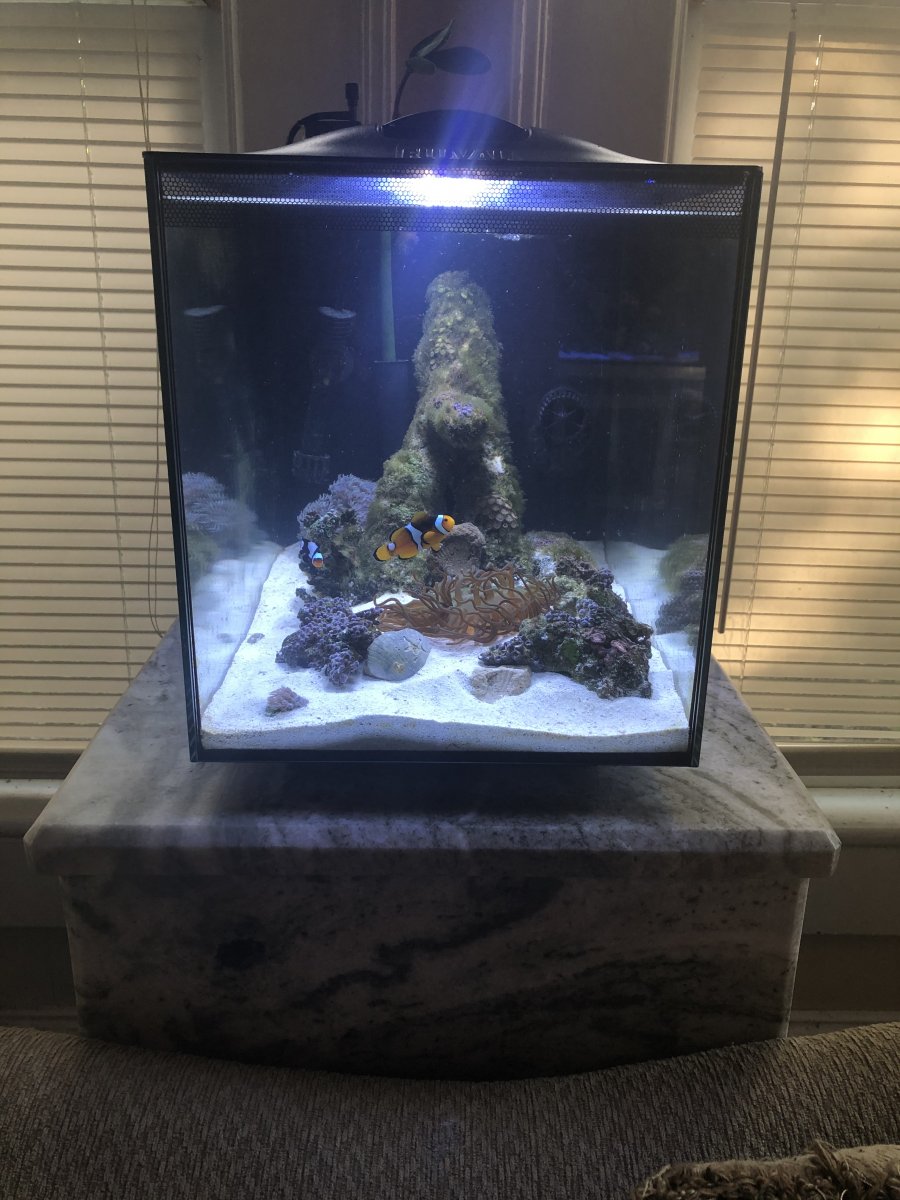 As you can see, the Percula has darkened up quite a bit and the anemone has grown as well. Still haven’t put a huge dent in the algae, so recently added a red mangrove to see if I can out compete it. Seeing some growth from the zoas now, but slowly.

Welcome! looking forward to seeing more of your reef!

Hi leslie and welcome.and loving your aquascapes
Looks nice.
I just hope when i start adding corals to my tank i can get my tank looking half as good as some tanks i see on this forum as just absolutely amazing tbh
OP

ying yang said:
Hi leslie and welcome.and loving your aquascapes
Looks nice.
I just hope when i start adding corals to my tank i can get my tank looking half as good as some tanks i see on this forum as just absolutely amazing tbh
Click to expand...

Thank you, so much. That means a lot to hear from another reefer. Scaping is actually one of the things I enjoy the most about aquariums. Trying to find a balance between what is aesthetically pleasing and what’s best for the inhabitants is always fun.

The big tank was definitely the most difficult rock structure I’ve put together- it took a few hours standing on top of a piano bench before I finally had everything positioned securely. I was ready to give up, lol. Glad I didn’t.

And- totally agree. Every time I look through a build thread it seems like I discover something new I like, or an idea I probably would never have had. It’s incredibly inspiring. I love seeing how far tanks have come, and it’s nice to meet others who are at about the same place I am with mine. I’ll have to check yours out!