My name is Trevor, and I live in NH.
I’ve been in the freshwater hobby for around 1 1/2 years now. Only have a 20 long, dirted heavily planted aquarium. Was saving up for a 90 gallon for an upgrade next year.
However I am hooked in saltwater!
I was given a free 55 gallon established saltwater aquarium about 1 week ago.
very neglected and not cared about for some time. Entire tank was covered in hair algae, sump was too.
With the set up I was given a sump(diy), current USA light, 2 power heads, 2 heaters, a ton of live rock, protein skimmer which I have not even attempted to figure it out yet, and a fully custom built enclosed stand.
For fish
1 - male gold flake clownfish
1- male misbar black ocellaris clownfish
1 - female misbar black ocellaris clownfish
1 - orchid dottyback
And snails and hermit crabs which I love watching scavenging the tank.

I broke down the entire tank at their house, saved roughly 1/2 the salt water.
transported everything to my house to give a good cleaning.
I do need to buy a RO/DI system, I’m on a well. So that won’t be cheap, but also want a good quality 5 stage model.
thank you for having me, I have so much to learn. It’s like starting over, but I’m very excited to go to a few fish aquarium stores locally that mainly do aquariums and I hear great things about their saltwater fish and knowledge.
I attached the local add that the person who owned had on FB marketplace as a local in town giveaway. A few photos once I got home, out all the live rock in with a bare bottom tank and new water with the fish until I could drain and clean.
final photos is what the tank looks like now.
I have more work to do, the glass has a dusty film on the inside from the sand I have no cleaned yet.
i did dismantle the sump last night,it was nasty. 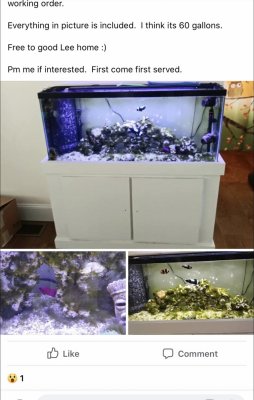 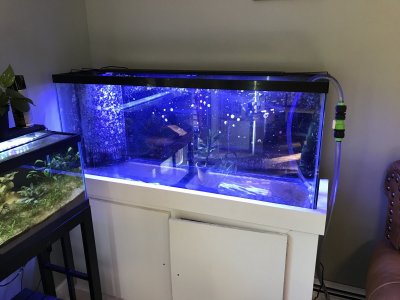 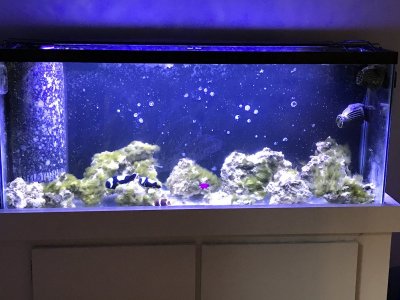 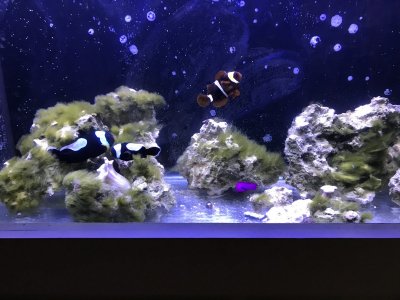 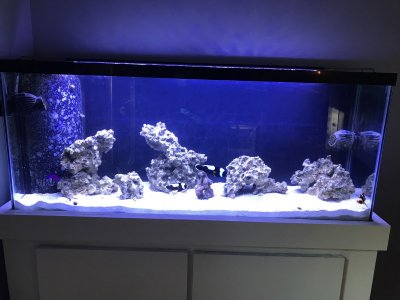 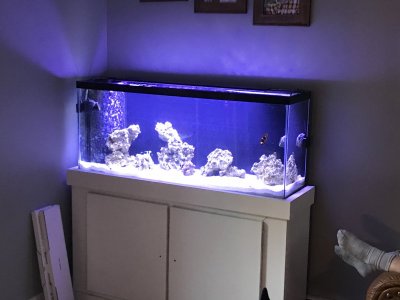 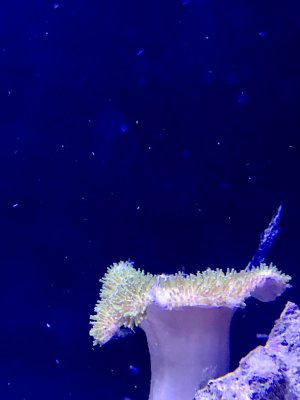 Howdy and welcome to R2R. Thanks for the pics. 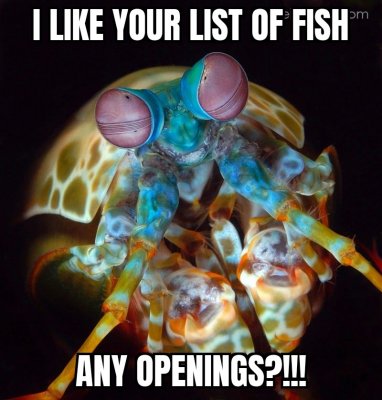 Welcome to r2r! Good luck with the new setup!

Welcome! You should start a build thread !

Welcome to the R2R community. Tank is looking good !

Welcome to R2R!!! That's was a good deal you snagged up, can't pass up a free offer like that.