Help with board change

Bud,
I have finally gotten around to changing my board attached are 2 photos. The first one is what I took apart and the second one is the new board.
I worry the new board has a typo as the top block has the polarity reversed and different than all the other blocks on the left side.
@Floyd R Turbo 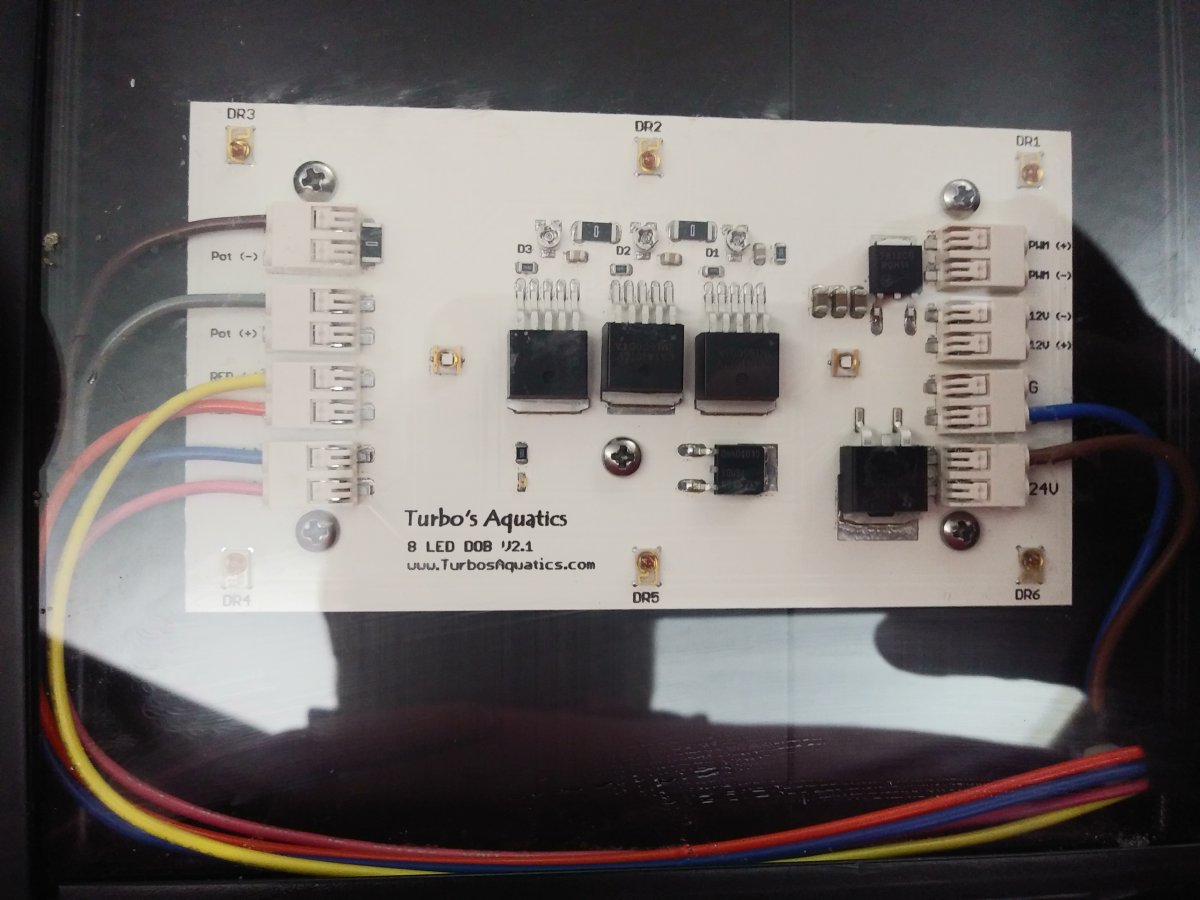 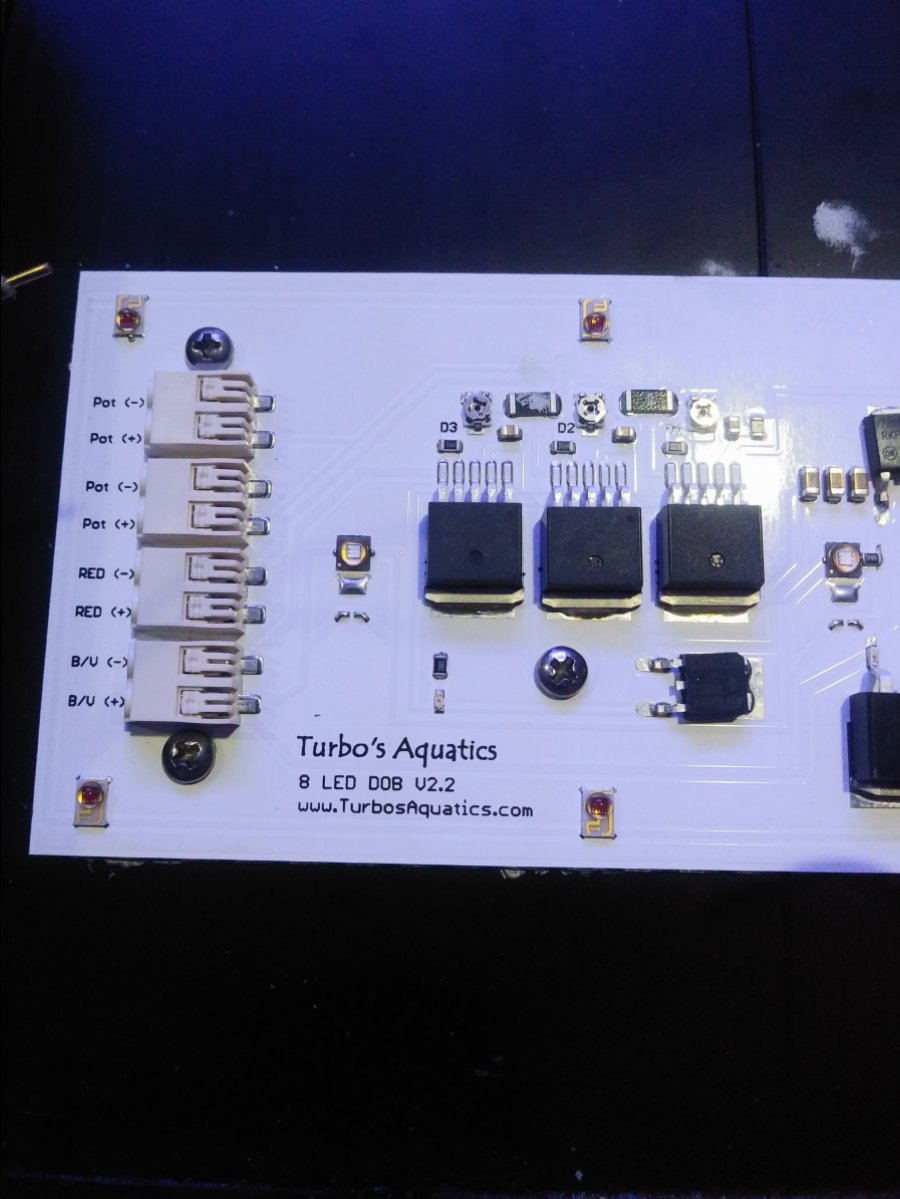 The second (newer) board is correct - the trace error was resolved and the ports are correctly labelled, but you are correct - the polarity of 2 ports did change
Last edited: Mar 5, 2019
OP

So if I am understanding properly, the brown wire should go into port #2 of the new board.

The potentiometer wires are only for a reference resistance. No current goes through them

Floyd R Turbo said:
The potentiometer wires are only for a reference resistance. No current goes through them

Quick question, I seem to have a color difference between the new and boards on the other side with the original one being brighter and more red than the one I just installed. The new side is visibly more purple. What adjustments should I make? 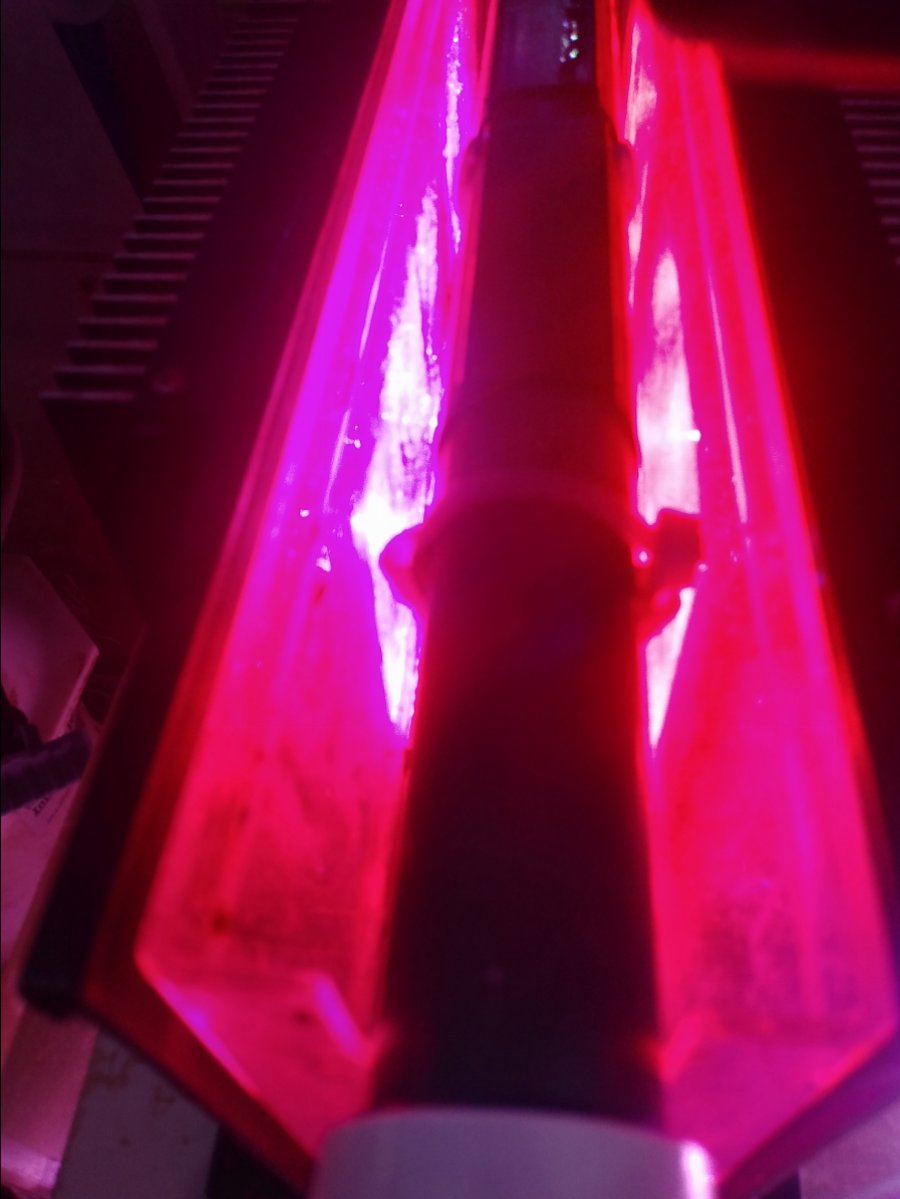 That's could be due to a couple of factors, but nothing to worry about and no need to change anything.

I forgot that you had the SemiLED violets. I switched to the VioSys violets at some point (better chip), so from an electrical properties perspective, there is a slight difference in voltage drop between the two. So I guess if you have the original fixture (on the right) which has 2x SemiLED boards and the fixture on the left with one board having VioSys and the other SemiLED, that might result in a slightly different output (i.e. the violet channel is putting out a bit more on the same potentiometer setting)

If you really want to mess around with it, you can adjust the D3 potentiometer on the new board until the output looks more similar to the original fixture. All you would need to do is take a mini-screwdriver - a flat blade (not phillips) - and turn that potentiometer about 5-10 degrees counter-clockwise (which will turn down the Violet channel).