How many "MOTHERS" do you have and how big is a mother?

The answers are going to vary on this one and be subjective but I thought, what the hey let's see what the reefing world has to say on the subject of MOTHER COLONIES! I'm not here today to judge those who like to frag frags because I've done it before and heck if you're good at it and are producing a ton of coral then go for it! But today isn't about tiny frags, rather it's about MOTHER COLONIES! Not brother colonies but mother colonies! Please keep it constructive and let's see what everyone thinks about it! Deal?

1. In your opinion how big does a coral need to be for it to be considered a mother colony? Answer the following and anything else you wish!
2. How many coral "colonies" do you currently have based on your answer from the previous question? 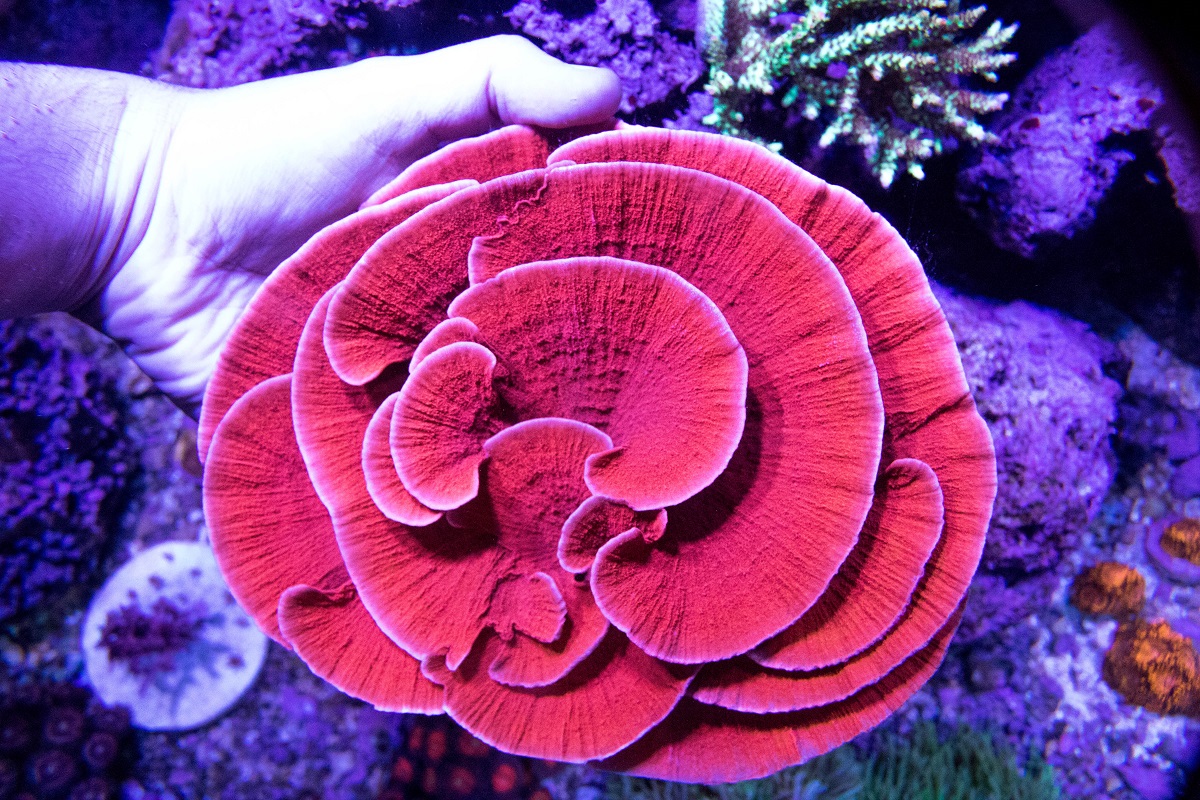 I used to have mother colonies. I had to move. Now I am trying to grow out some mothers.

Softies: usually a plague to begin with
LPS: I guess anything you can frag can be classified as a mother colony.
Sps a mother colony that can show the coloration to be expected. probably 4 inches+. >.< 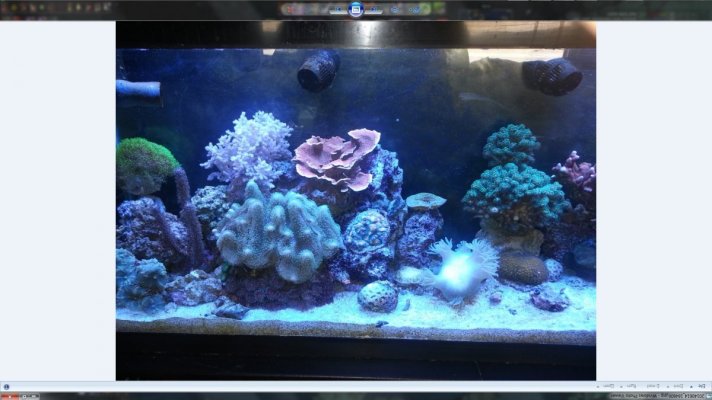 Its no mother but gosh its shaggy!

1. In your opinion how big does a coral need to be for it to be considered a mother colony? Answer the following and anything else you wish!

Based on my criteria I only have around 5-8 colonies.
OP

Cool tangs said:
Its no mother but gosh its shaggy!

revhtree said:
1. In your opinion how big does a coral need to be for it to be considered a mother colony? Answer the following and anything else you wish!

Based on my criteria I only have around 5-8 colonies.
Click to expand...

I think the true test is when you have another Reefer looking at your tank, squats down a lil and gets their nose an inch from the glass and says, "Oh wow, how long have you had that?"

I have a few corals that have grown pretty large but in my opinion it shouldn't be considered a mother colony unless you are regularly getting frags from it. 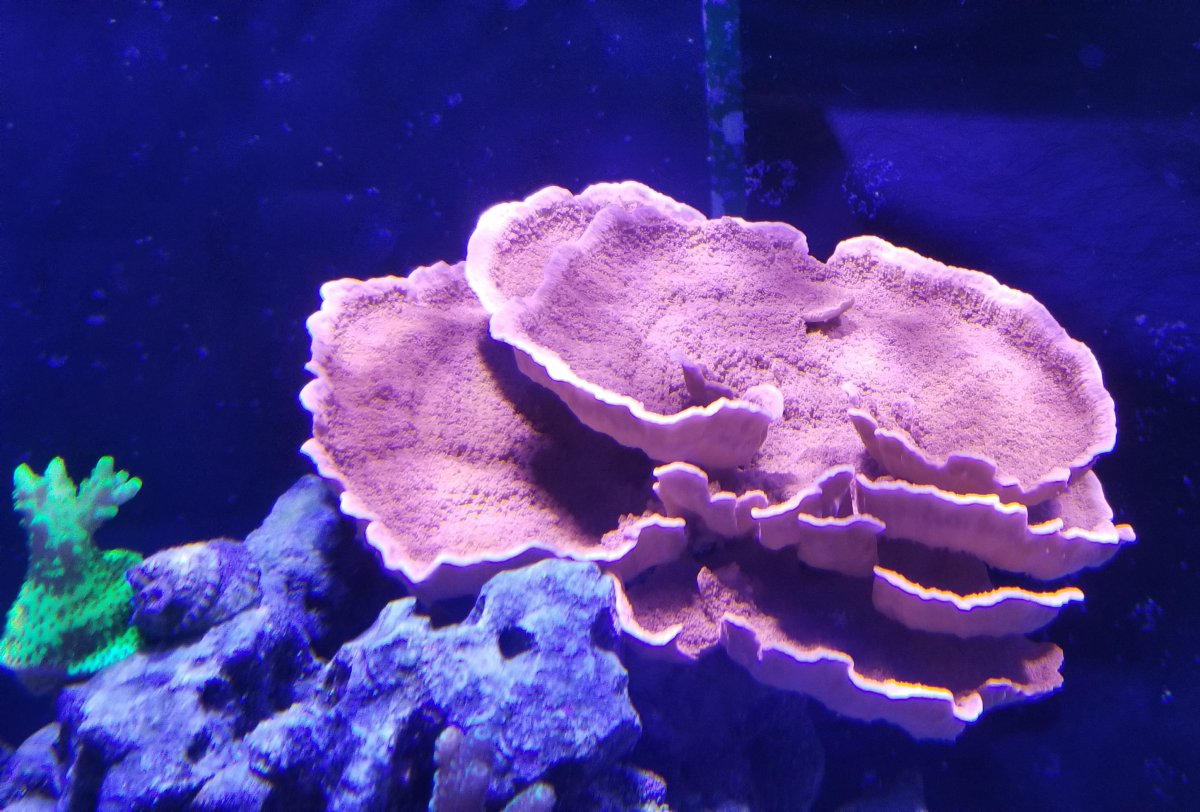 I have many many mothers in my systems. I am primarily a stick head so that's the only corals I will speak to. First off, THERE IS NO SUCH THING AS A MINI COLONY!!! (I know the OP didn't use this term, but it drives me nuts to see people calling large frags "mini colonies" They are either frags or colonies. To me an Acro colony has to be baseball sized or larger. Monti colonies should be 6" in diameter or larger. Anything smaller than this is a frag to me. Examples: 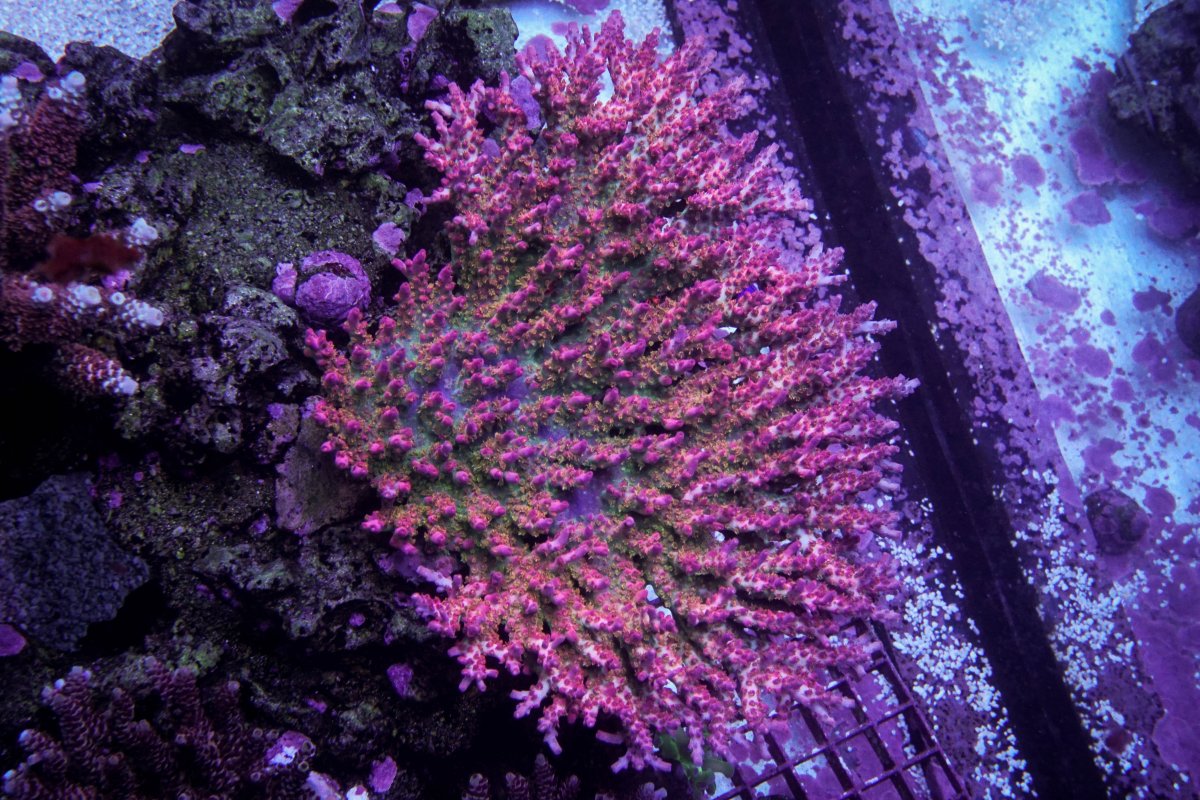 Acro Frag (NOT A MINI COLONY!) 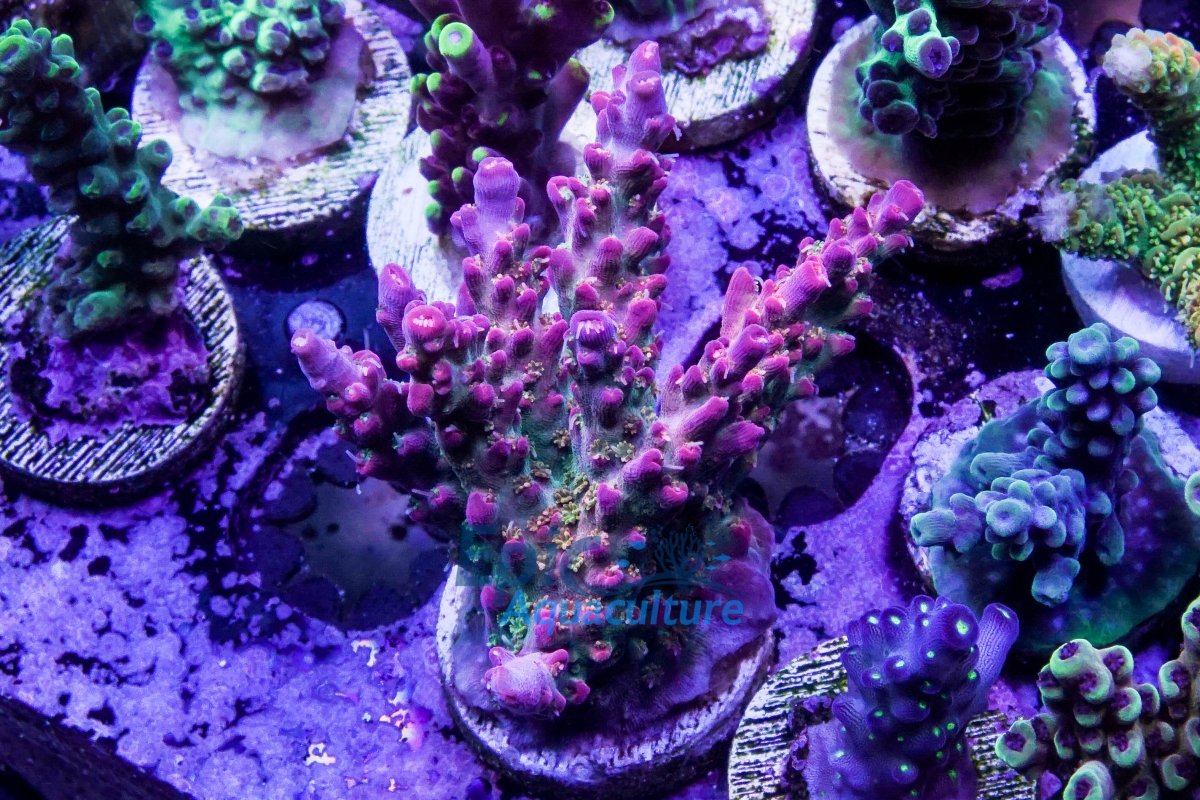 Shouldn't I get some sort of special banner for that. Lol

I don't have any mothers yet unless I can count my little toadstool as a future mother.

I have frags, small colonies, and big colonies. I don’t know the definition of “mother,” but I guess if you can frag it....it’s a mother. So I have only a handful of pieces that aren’t (or couldn’t be) mothers.

I reckon for my corals, once it grew off the frag and on to the rock it's a colony. I have some that have not budged off the frag. One of my zoas went from 10 polyps, to 50 the frag plug was removed with the original zoas. Now the colony remains behind. Another zoa frag had 4 polyps, now theres 5 in the same time frame.

So 1 zoa mother, which has been removed and gifted to start another colony in another tank. Also one of the sps frags had the same zoa as a hitch hiker, I removed the 1 polyp that was huge and shading the sps, but didn't get the root. So now there are 3 small heads where there used to be one. It's a weed at this point.
OP

Is this QOTD a fail or what?

revhtree said:
Is this QOTD a fail or what?
Click to expand...

I think it could be the hour, or people don't know how to answer any of the questions. Nano guys keep their colonies small compared to those of 200g+ tanks. Some just frag away as they can. It's probably a very complicated QOTD. >.>

ASD rainbow Mille
I have been cutting off this lovely lady for a while now. I would definitely consider it a mother. It grows back so fast now. Everyone loves my 50.00 2-4 inch frags. Especially since ASD is still selling 3/4 inch frags for 100-150

I think greater than 4 inches is good

I think this tough. If I had a 10 gallon nano a 4 inch acro might appear to be huge given the volume and size of the tank. In my 350 gallon display my 8" wide Acro still looks like a frag. . . . My 14" toadstool looks large enough to be a "mother" but its a toad stool...

I would say the hardest part for me is to get 1/2" frags to grow in a 350 gallon display. It seems like the smaller the frag in the larger the volume of water the harder it is to get them started. Once they get started growing they do great for me, but it's getting past the 1" mark that's really tough.

I've fragged my 6" acro once now and my 8 inch Acro a couple times now.

Are we talking about colonies that have been fragged or need to be fragged? Making them "mothers" to new colonies? If that's the case, size only matters to the eye of the reefer. What looks best in the tank or can be sold/traded. In that case, a large frag could be (and probably often is) a mother.

Or are we talking about "Look at the size of that MOTHER!!"? I've got a few colonies that are way too big, and I've probably removed nearly as much SPS and soft coral as I currently have in the tank. The only frags I've got right now are what has been broken off of colonies accidentally.

Then again, I haven't bought any coral in well over a year. Still trying to make room for purchases I intend to make at RAP Chicago in October.

QUESTION OF THE DAY Your reef uses how much Calcium & Alkalnity daily and it's stocked how much?
2 3 4 5

C
How do you know, if you have enough rocks?

QUESTION OF THE DAY Fragging Corals for "BOOSTED" Growth: Do you believe in it?
2 3 4