Hello everyone! This thread will document the ongoing evolution of my new Cade 1800 S2 aquarium. I am a bit tardy in making this post as the aquarium has been setup since June 2021.

A little background on my journey in the aquarium hobby. I started my first reef tank (RedSea Reefer 250) in February of 2020. This was my first ever saltwater/reef tank after twenty plus years of keeping freshwater fish – mainly discus and Tanganyikan cichlids. I had my ups and downs with the Reefer 250 but I learned a great deal and that tank is in a very good spot (I will post some pics of it in this thread later). Of course, the Reefer 250 only served to whet my appetite for reef aquariums so I planned on getting a larger tank for some time. My wife and I just purchased a new home at the beginning of 2021 so after getting settled in I decided it was time to pull the trigger…

I looked at tons of different tank options but I decided on the Cade 1800 S2 (6 feet long, 171 gallon display,35 gallon sump); I really liked all of the features it provides and a nice deal with Algae Barn’s summer kickoff sale. The tank was delivered but I had to wait about a week before the moving company could come help me get the stand and tank into place. I placed it in my basement/man cave since my wife said I could only have one display tank in the house (a compromise since I do have a separate fish room – it is only freshwater tanks for now so I won’t go into much detail about it). 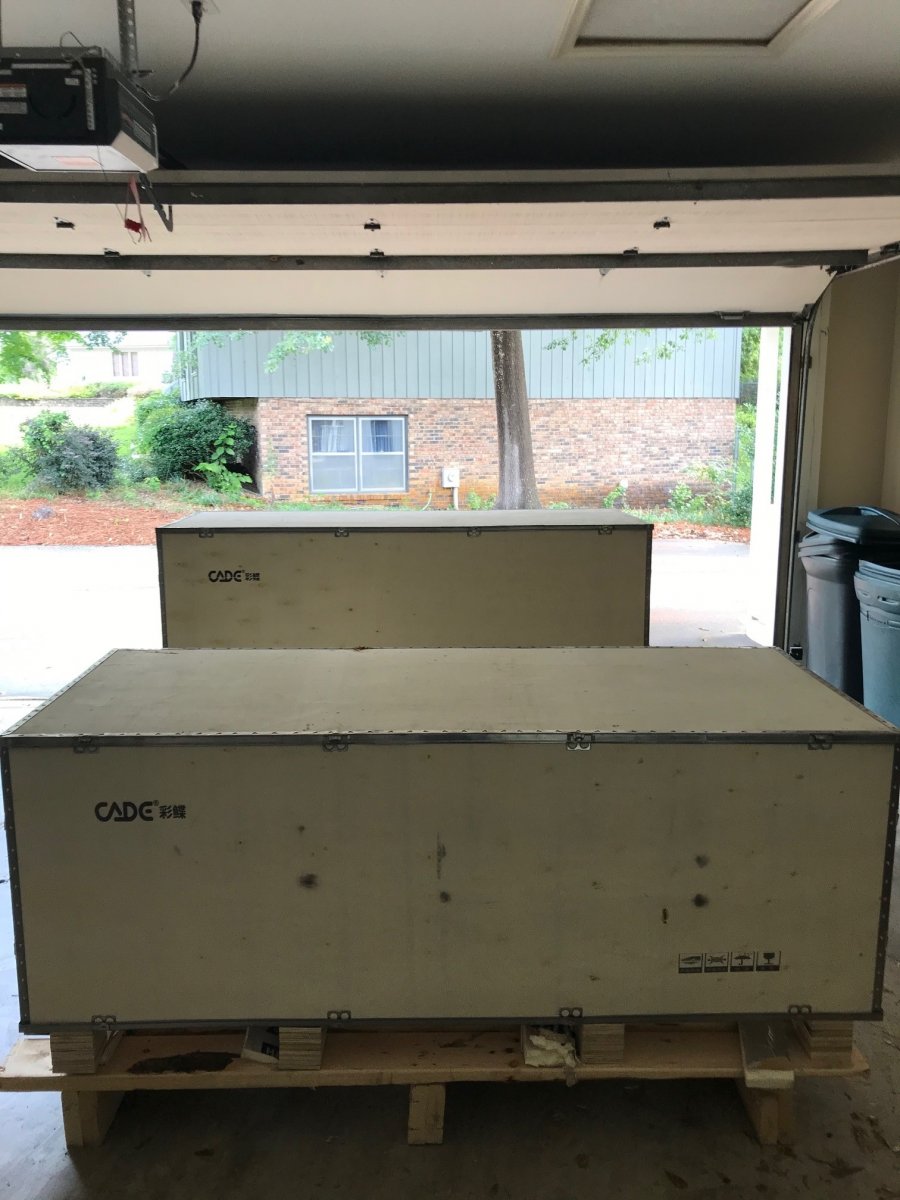 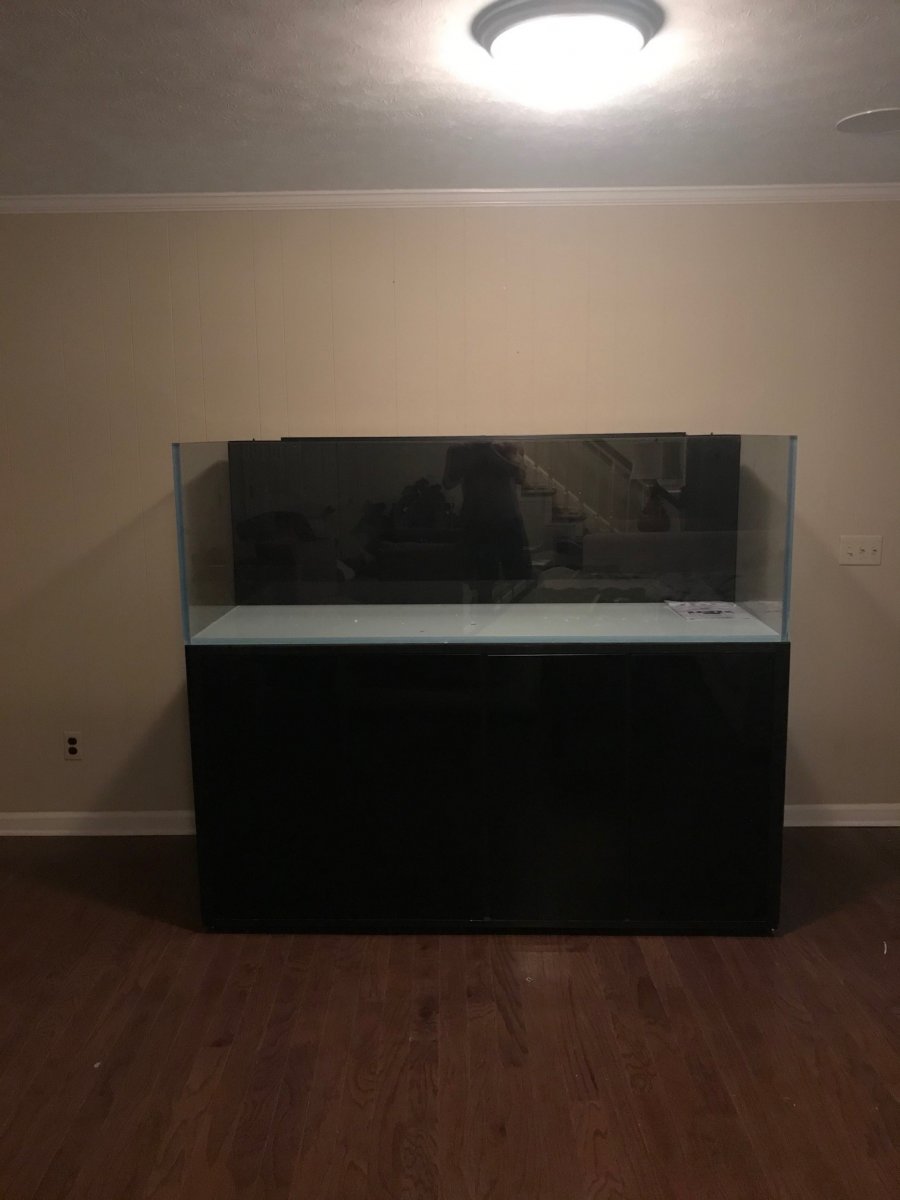 Future equipment to be added:

The next step was to create rock structures and I had a GREAT time doing this! I think everyone should craft their own unique aquascape at least once. I had tons of Marco rocks, some of which I chiseled into smaller pieces. My goal was to make irregular sized, 3D type structures with multiple areas for coral placement and hiding spots for fish. The hardest part about the whole process was making myself stop – I would build a structure and then tear it down because I thought it looked terrible! I finally settled on 4 main structures and then some surrounding smaller structures and single rock pieces. 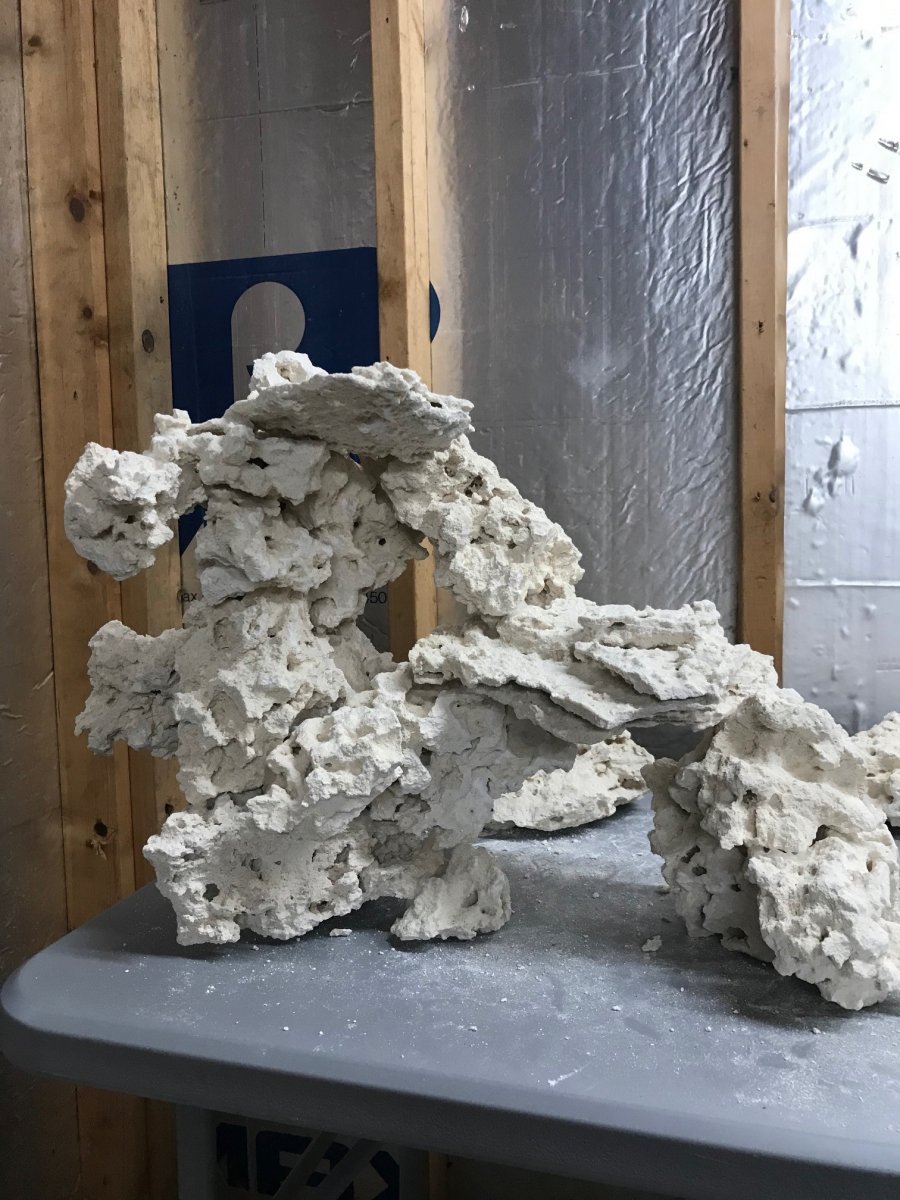 Next I filled the aquarium with saltwater – no leaks – and added the rocks. 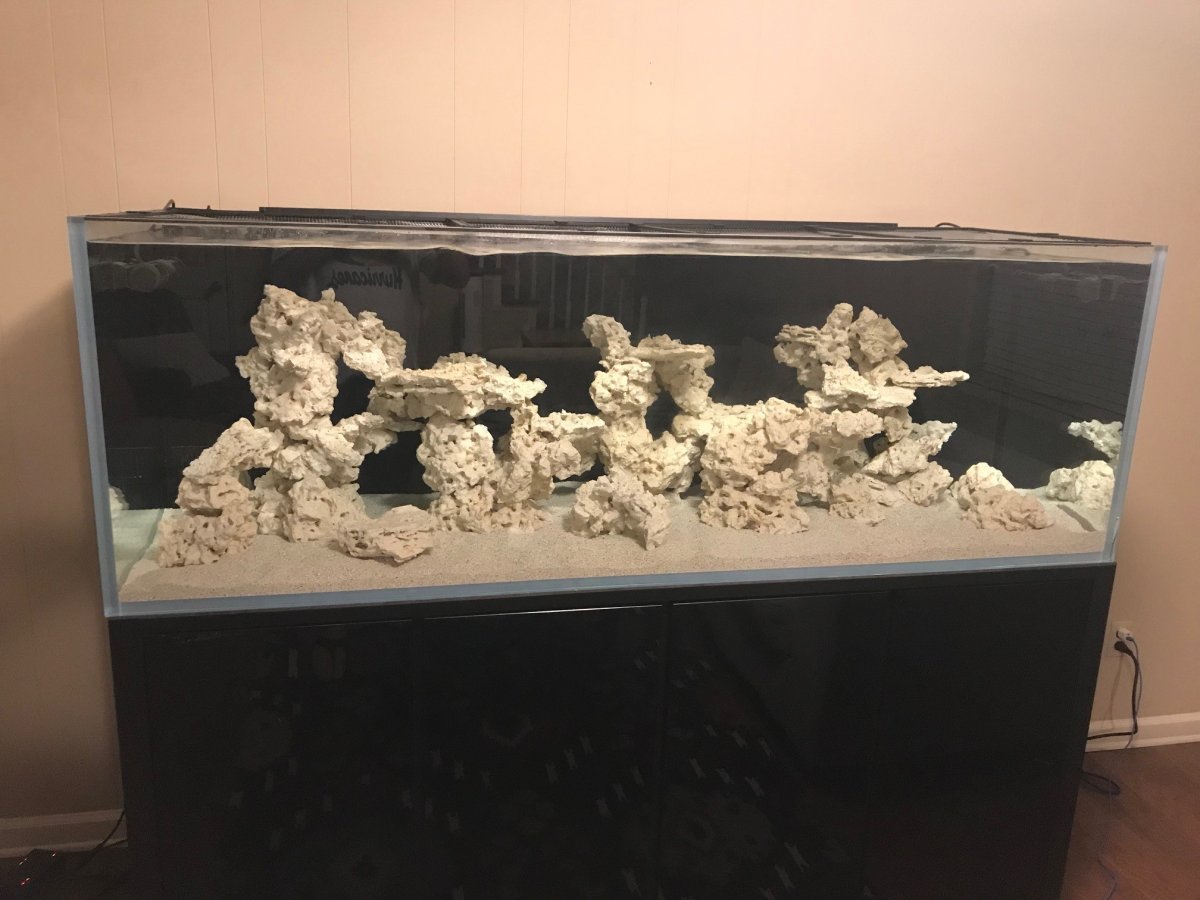 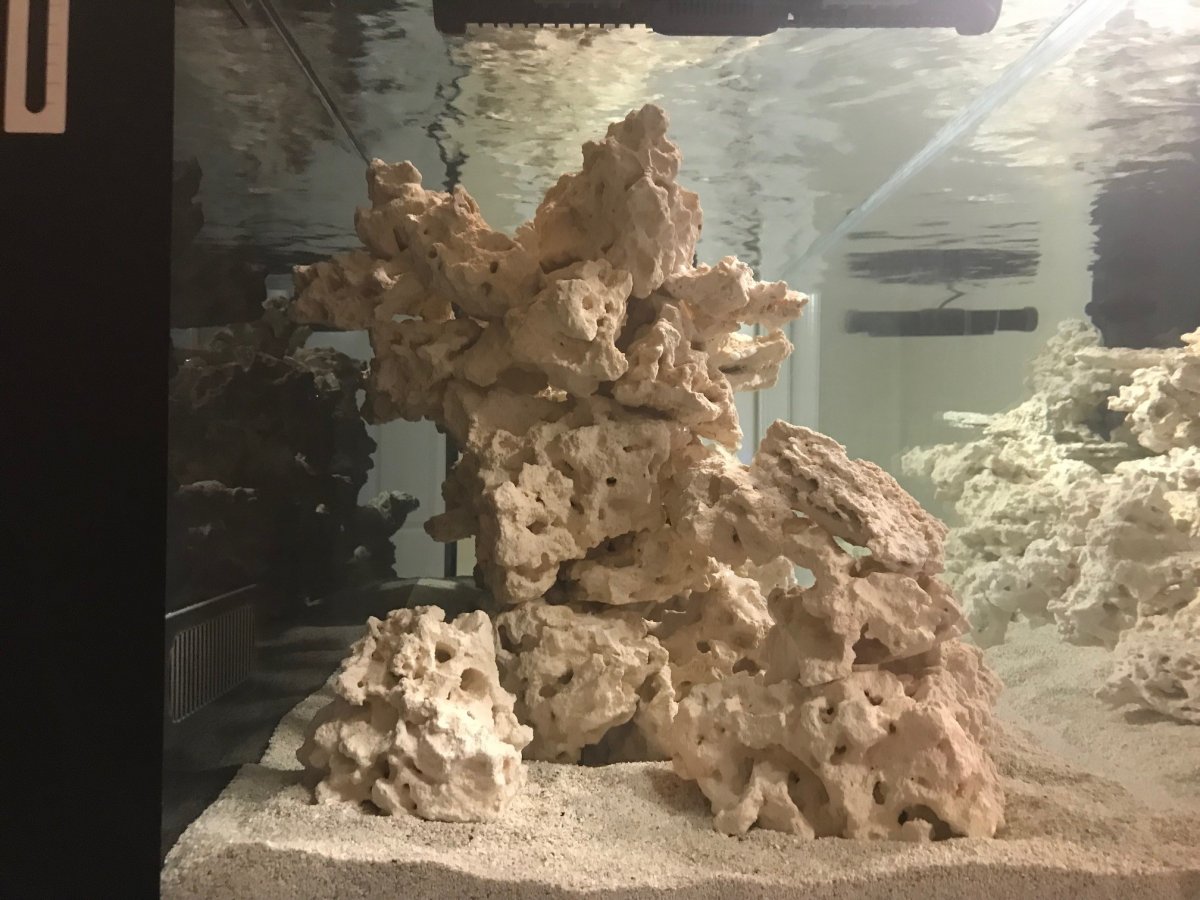 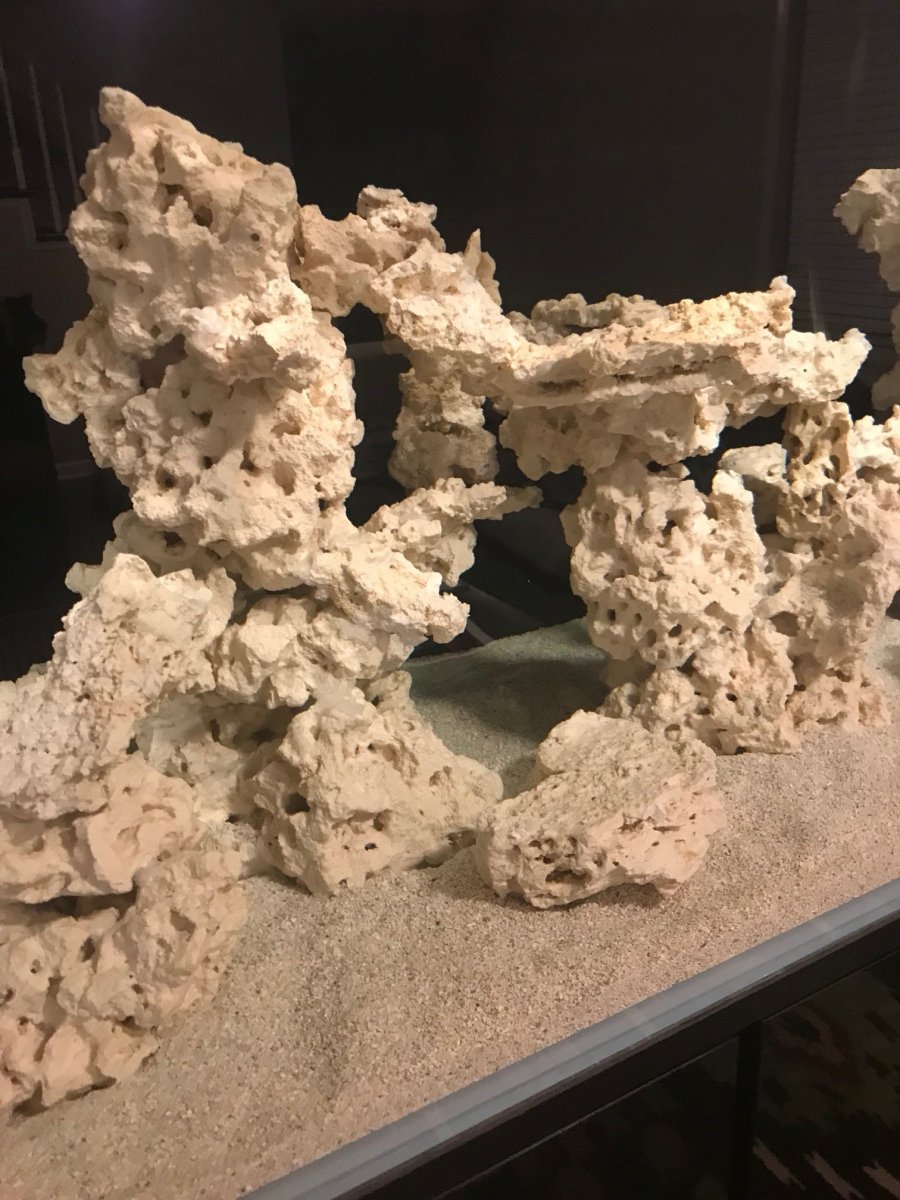 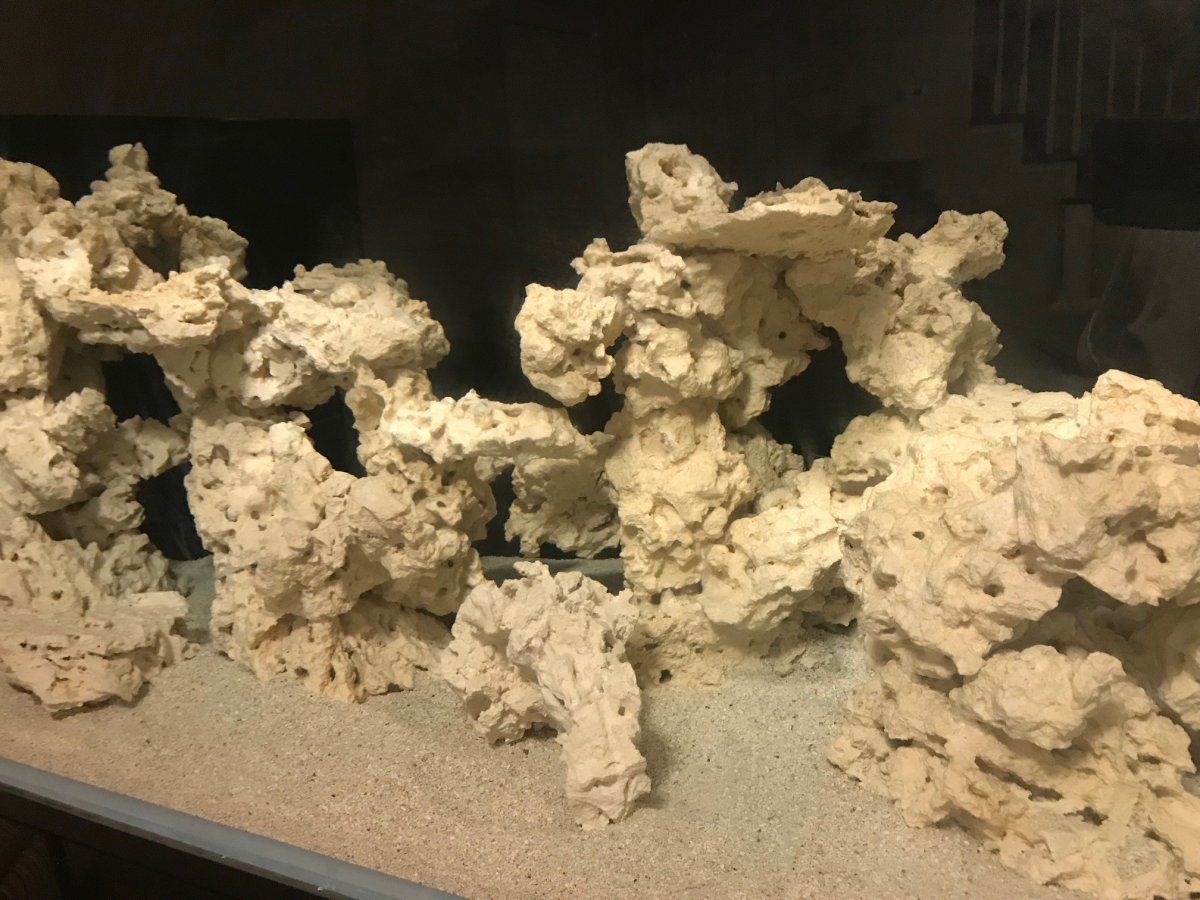 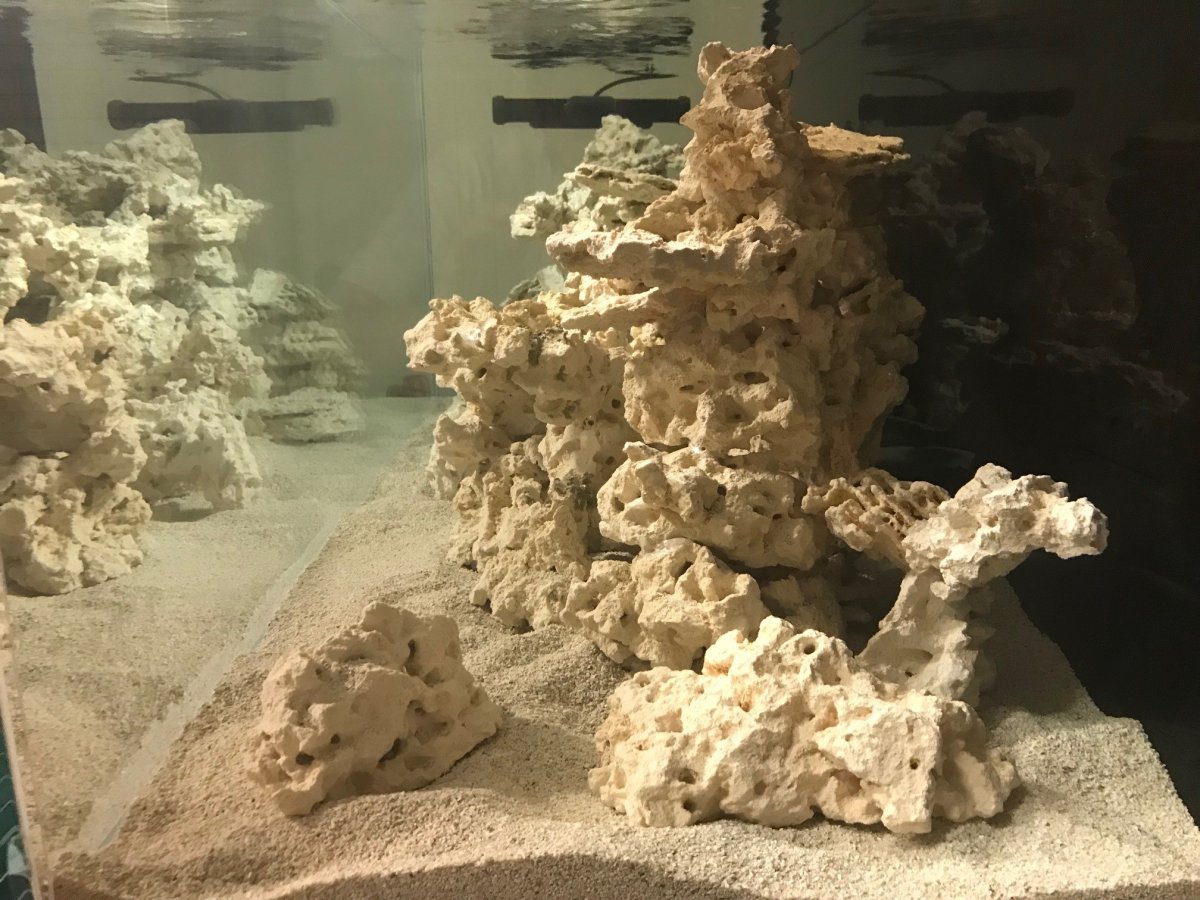 With water added, it was now time to cycle the tank. I used the 4 month cycle method that I learned about from BRS videos so the first 2 months were dull – added Dr. Tim’s bacteria, gave the bacteria some fuel and looked at an empty tank with nothing but ambient light.

My first fish into the tank was a pair of da Vinci clownfish that I added just after the 3 month mark. After that, I added a few fish every couple of weeks until I reached my current stock list:

Here is a short video of the fish in the tank:


I would still like to add one more tang, either an achilles or gem, a flasher wrasse and a yellow coris wrasse but I am still debating if and when to add these.

I’ll post updates as I receive more livestock and equipment. Thanks for reading and happy reefing!

I posted this in its own separate thread but I thought it would be appropriate to also post here to get some comments:

I would like to add a gem tang, a yellow coris wrasse and possibly a flasher wrasse but I do not want to overstock my tank. Thoughts?

FYI - the yellow tang already in my tank is about 1.75 to 2 inches currently.
OP

Snapped a couple of photos at lunch.

First, my pair of pyramid butterfly fish with a photobomb by a dispar anthias and my crescent tail fairy wrasse peeking out from the rocks: 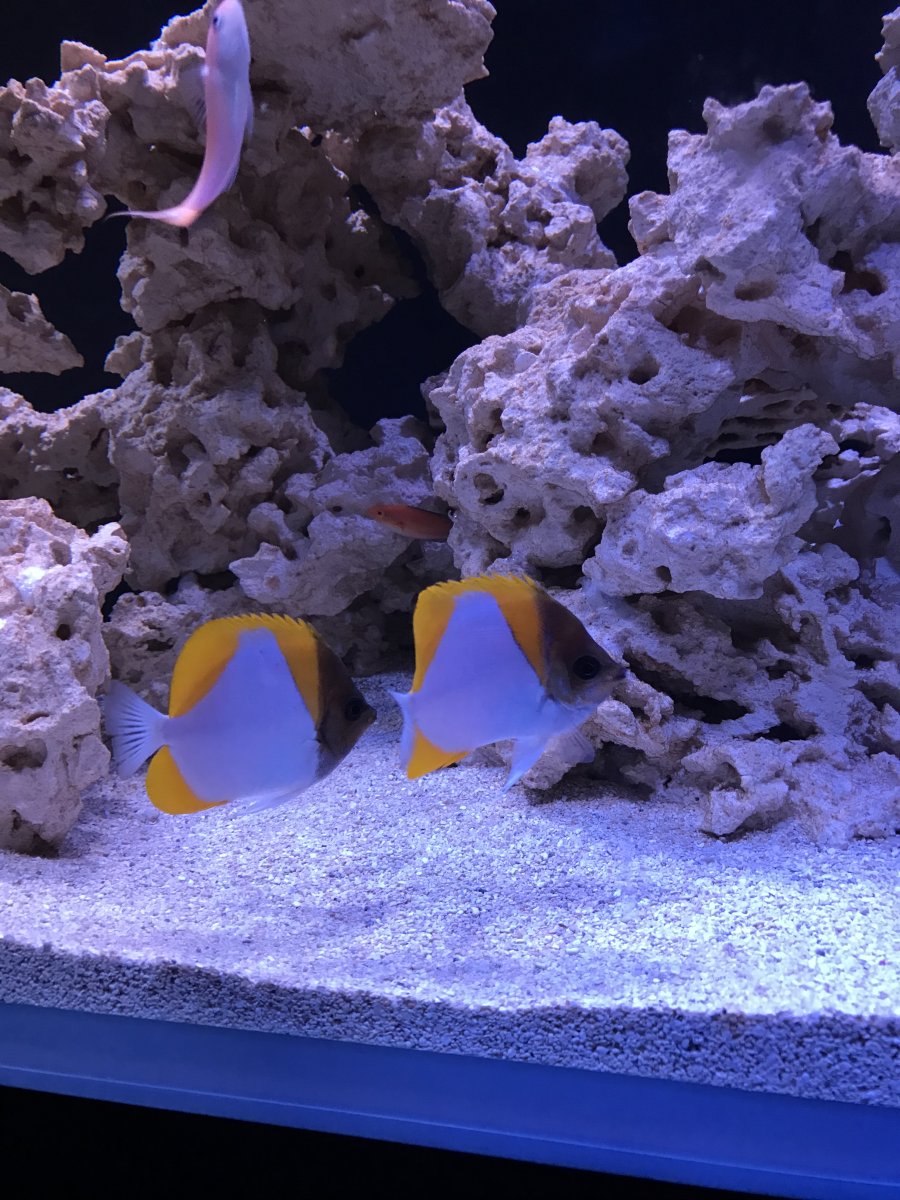 M/F pair of watanabei angelfish with a couple of dispar anthias: 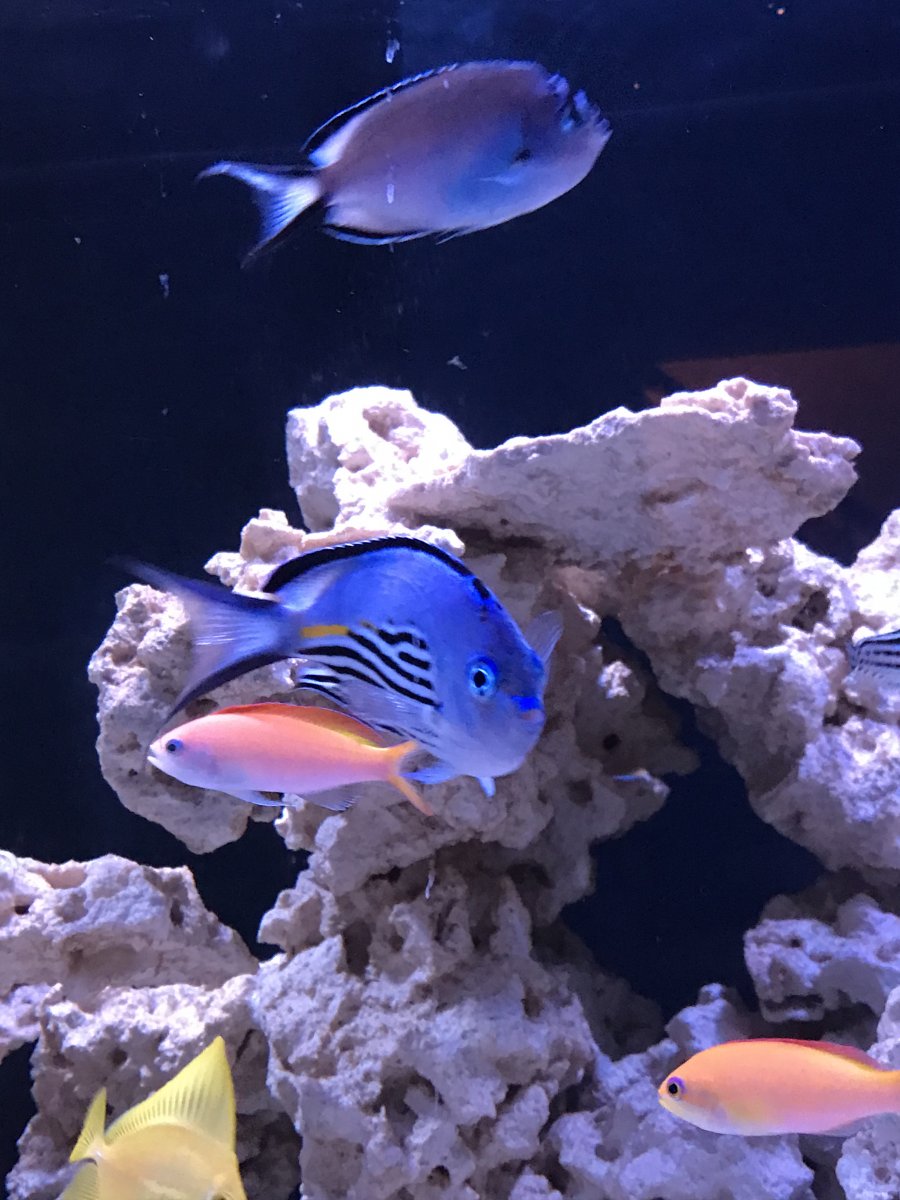 Large Build Will my room hold the weight? Cade 1500 S2