With this quarantine going on I have had a lot of time to just look and appreciate my tank. This tank has gone through some ROUGH patches. Just last summer it was coming out of what I thought was a minor crash which turned out to be a major crash...I lost lots of colonies/frags that I have been growing since I started reefing. I lost my Green monti, purple, and red montis, RRC Pretty in Pink acro, 95% a walt disney colony ,BC Rainbowland. Man the list can go on and on and the worst part is it happened as I was getting ready to go back to school. It was extremely rough to know that your tank was failing and you had no control over it and no idea why(still to this day I don't know why). The tank worked itself out by November and in Late December I added a new coral just to see if the tank was ready. Thankfully it passed the test with flying colors and have slowly began building my stock up once again slowly. Now lets get on with some of my fav corals!

Apr 2, 2020
Pandora Paly: This is a pretty underappreciated Paly, The golds in this coral is unreal and has truly become one of my fav palys in my tank 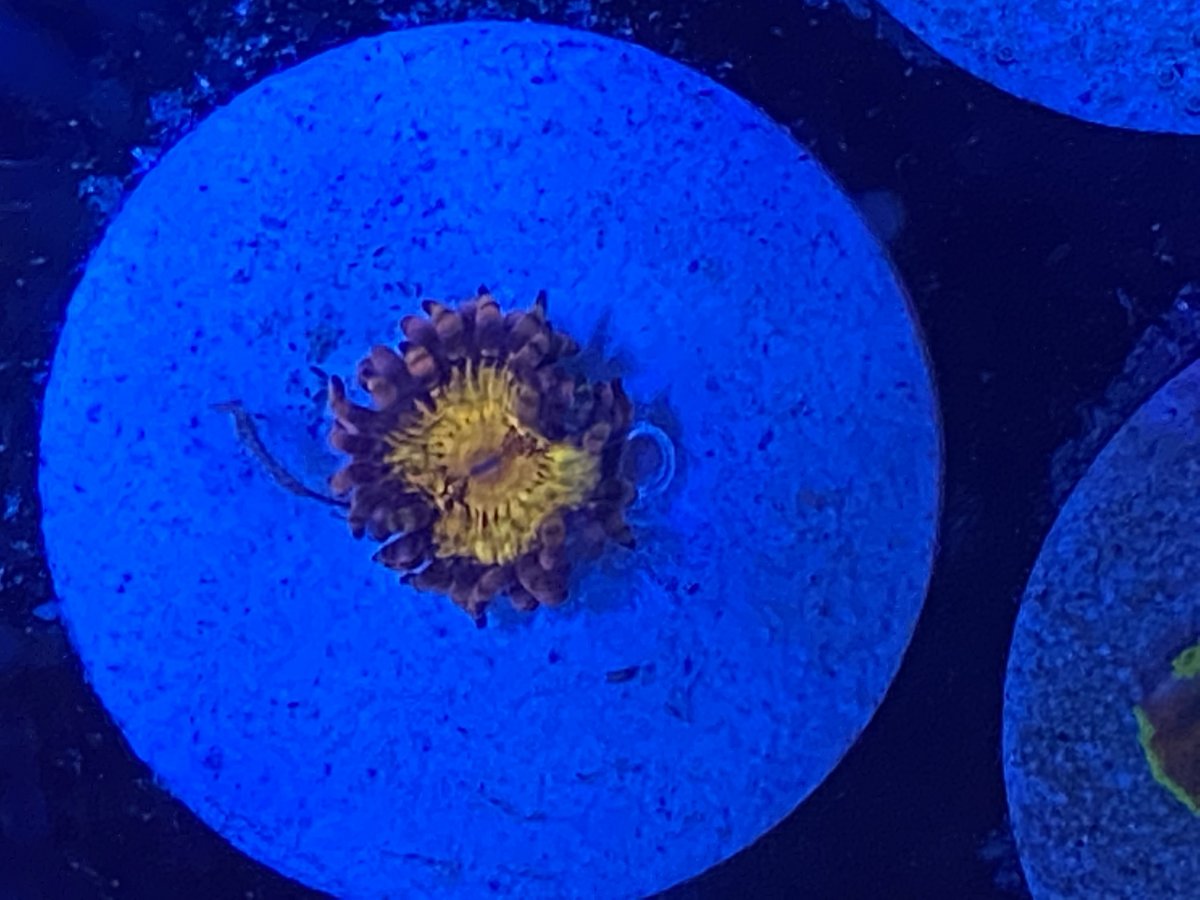 Blue Lagoon Zoa: One of my newer purchases, doesn't look great under blues as the coral is blue but those accent colors are amazing, 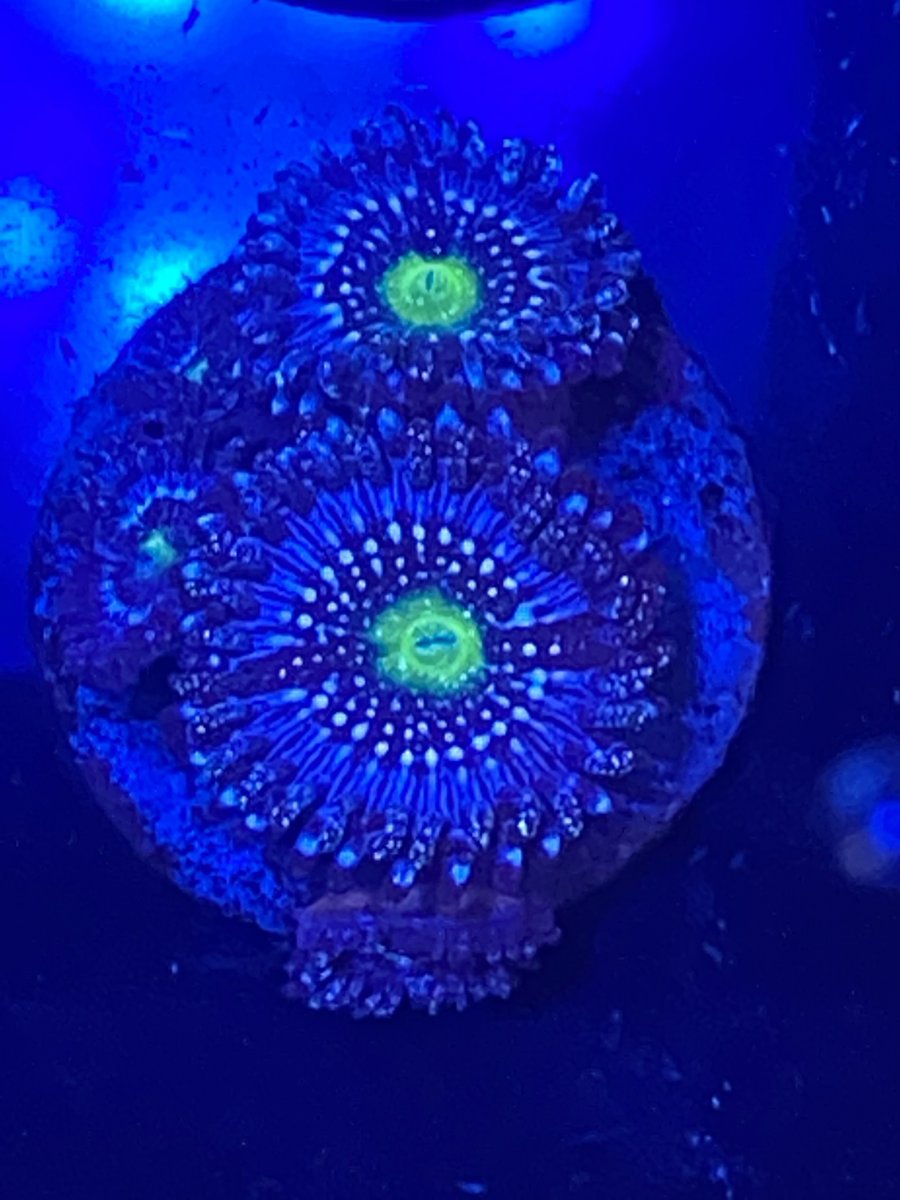 WWC Illuminati, Newer addition, been a dreamcoral of mine since I got into my zoa phase...definitely does not disappoint 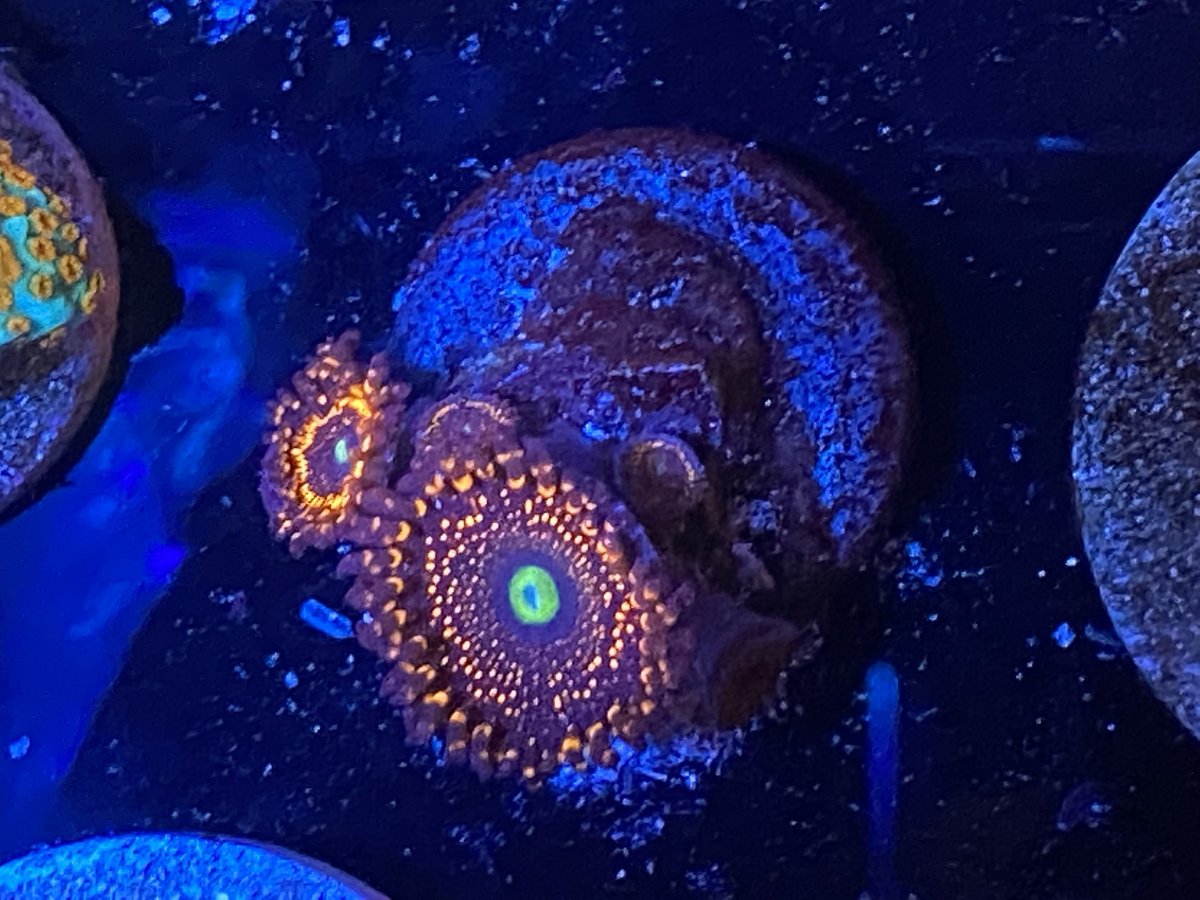 Pink Diamonds: Another great looking piece under blues and whites can't wait for this to become a colony 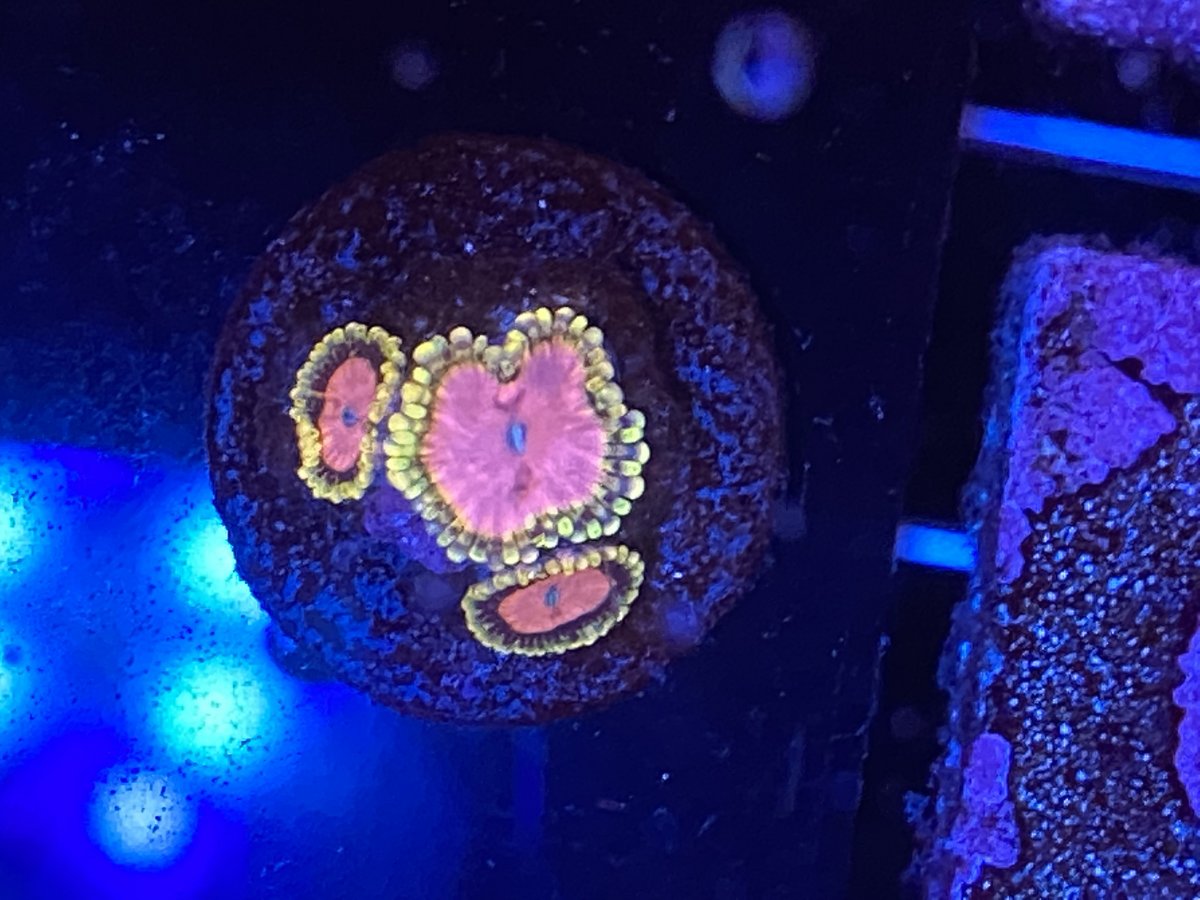 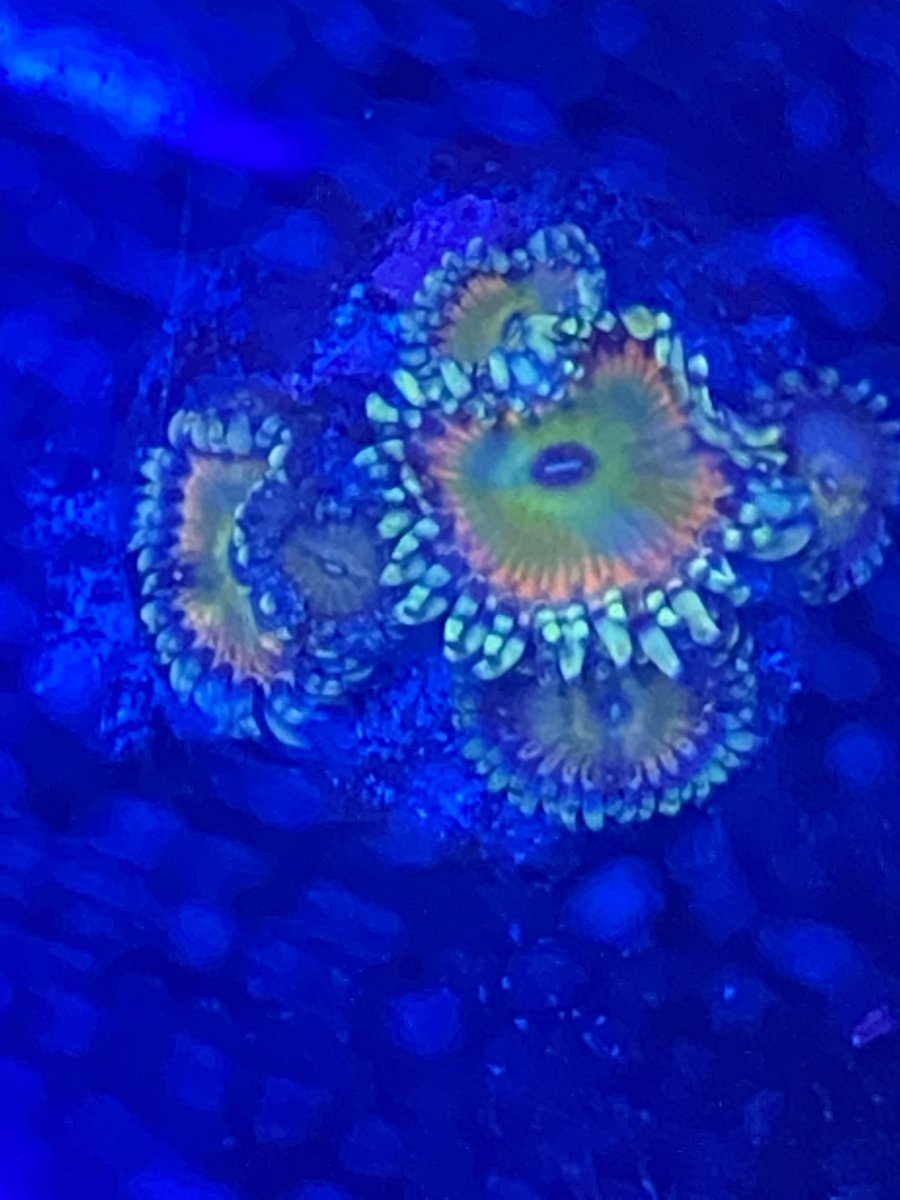 DP's Rainbow Sprite monti: One of the OG's, thankfully this monti made it through the crash without a scratch and honestly it looks even better. i found out that it turns a baby blue skin in high lighting 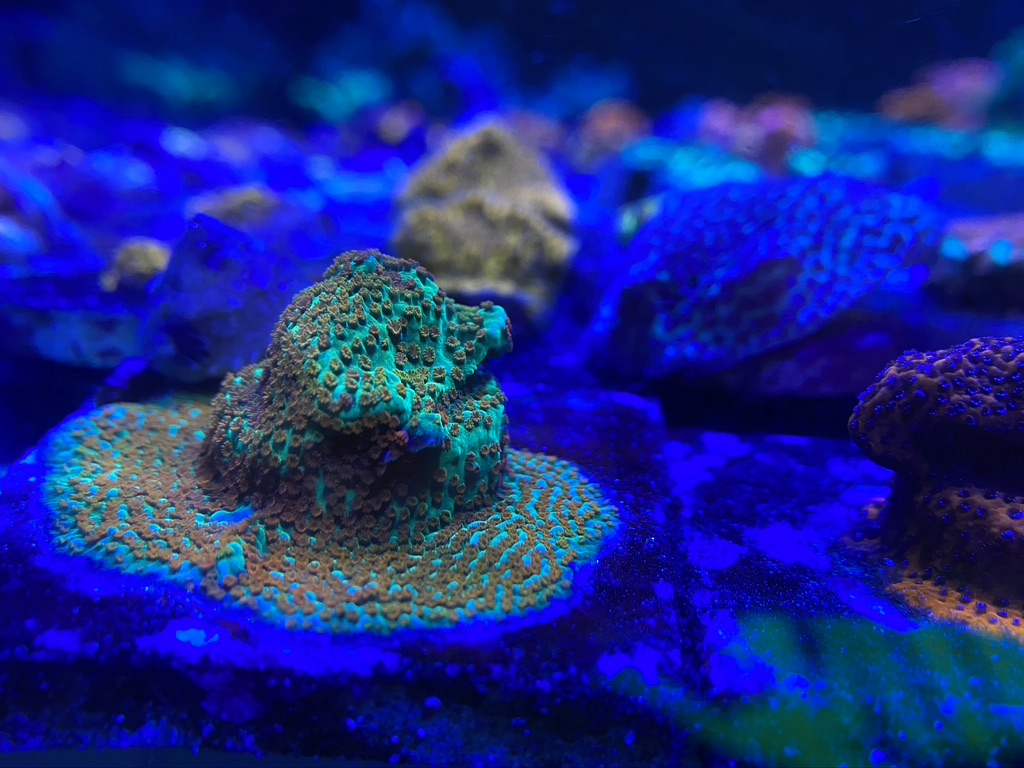 Neon Birdsnest: First coral added since the crash, Simple coral but it just looks so good in any lighting. 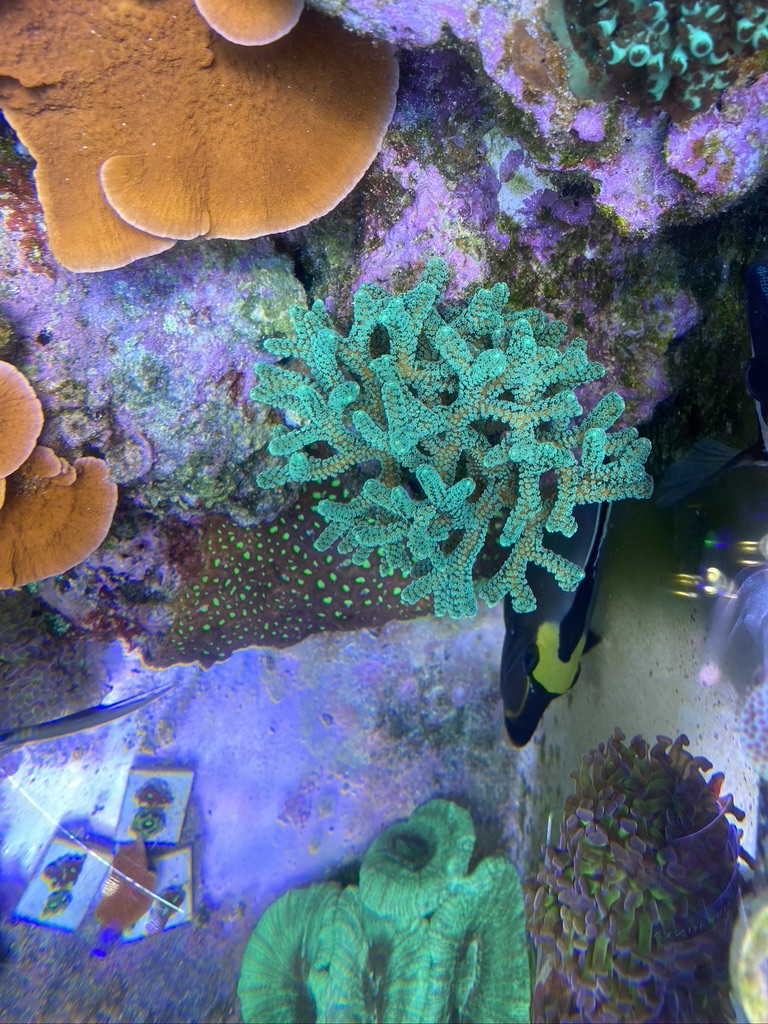 Nice stuff! Sorry you had those issues with your tank. Glad it's up and looking great!
OP

One of my favorite zoas/paly in the tank as of now! The coral looks good under any type of lighting. can't wait to put it in my zoa garden this weekend!
Hooligan Paly 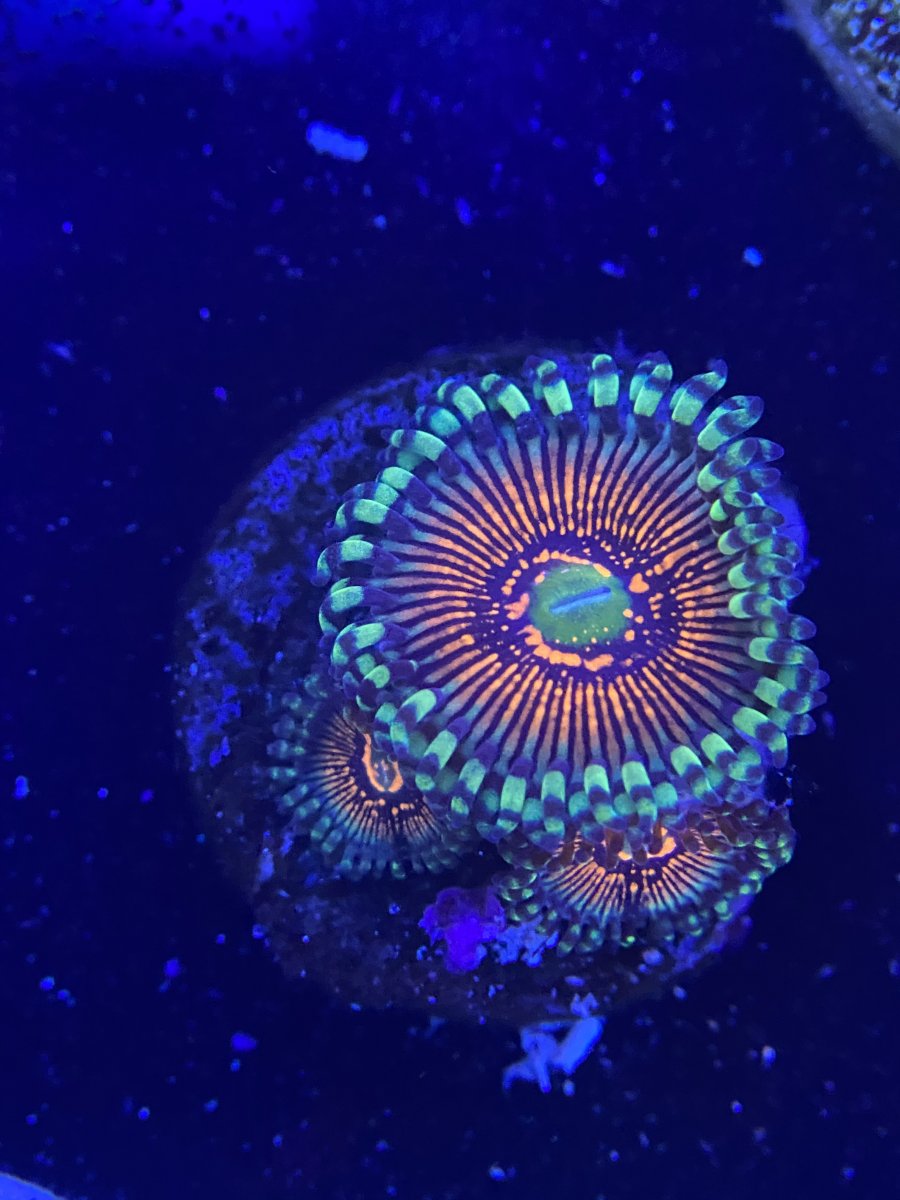 Very nice stock!!! What lighting are you using if you don’t mind me asking
OP

So my main display uses sbreeflights and 2 t-5's while my new frag tank(which these are currently in) run 2 radion xr15 g4's. This zoa was growing out in my main display but when I set up the frag tank a couple weeks ago all of my stuff went there to growout

Couple more shots before my new shipment of coral arrive . Sorry for all the zoa pics lol they are just the easiest to take accurate photos of but I promise ill get some lps and some sps pics soon. 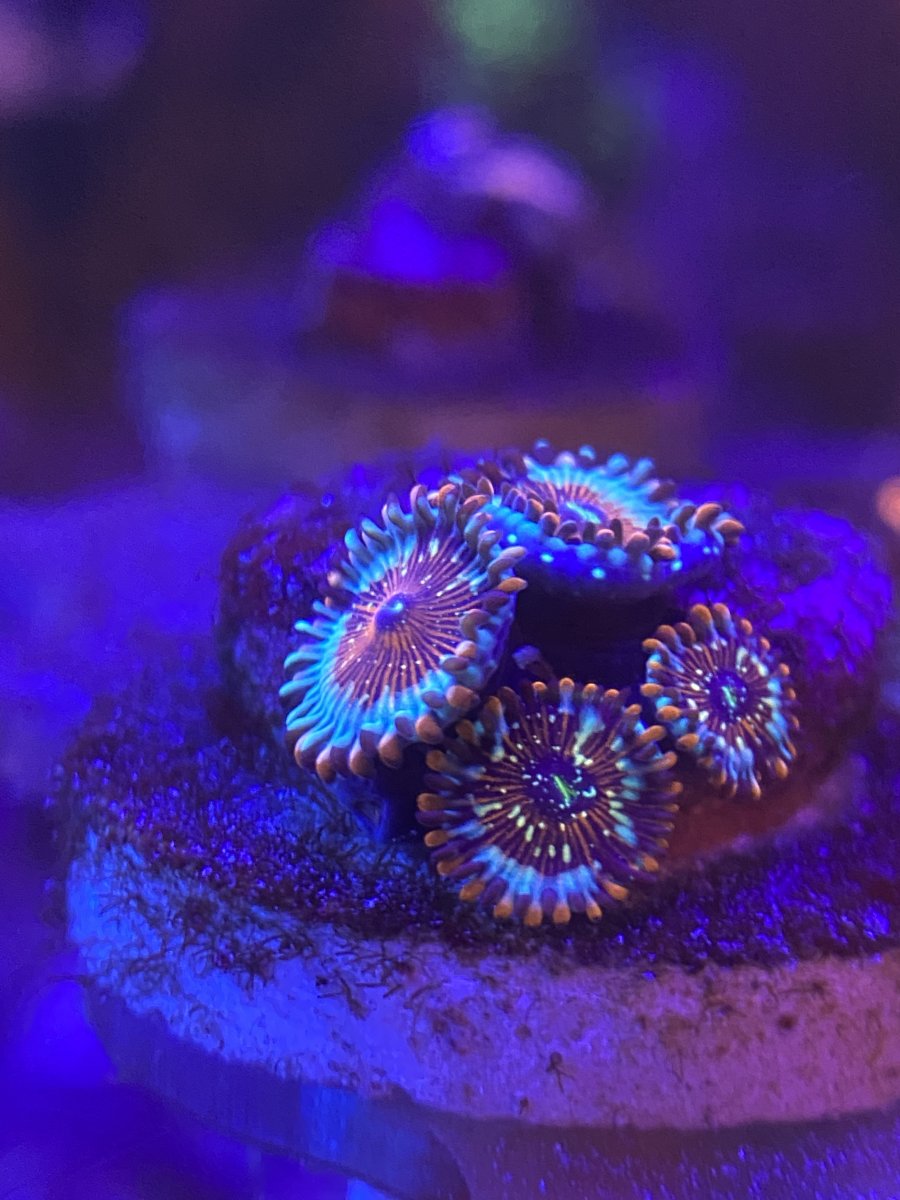 Forest Fire Digi. Lost this whole colony in the crash and saved a small piece and it has done extremely well 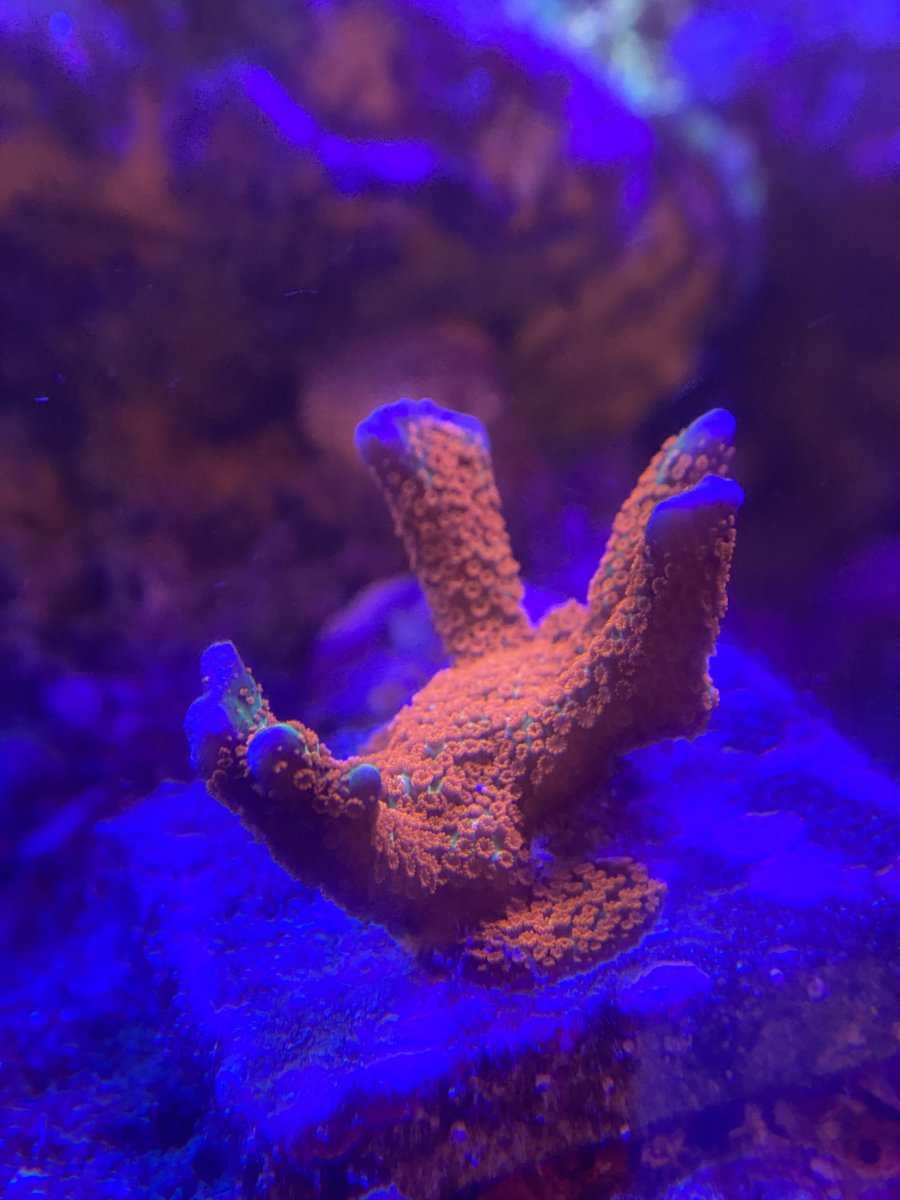 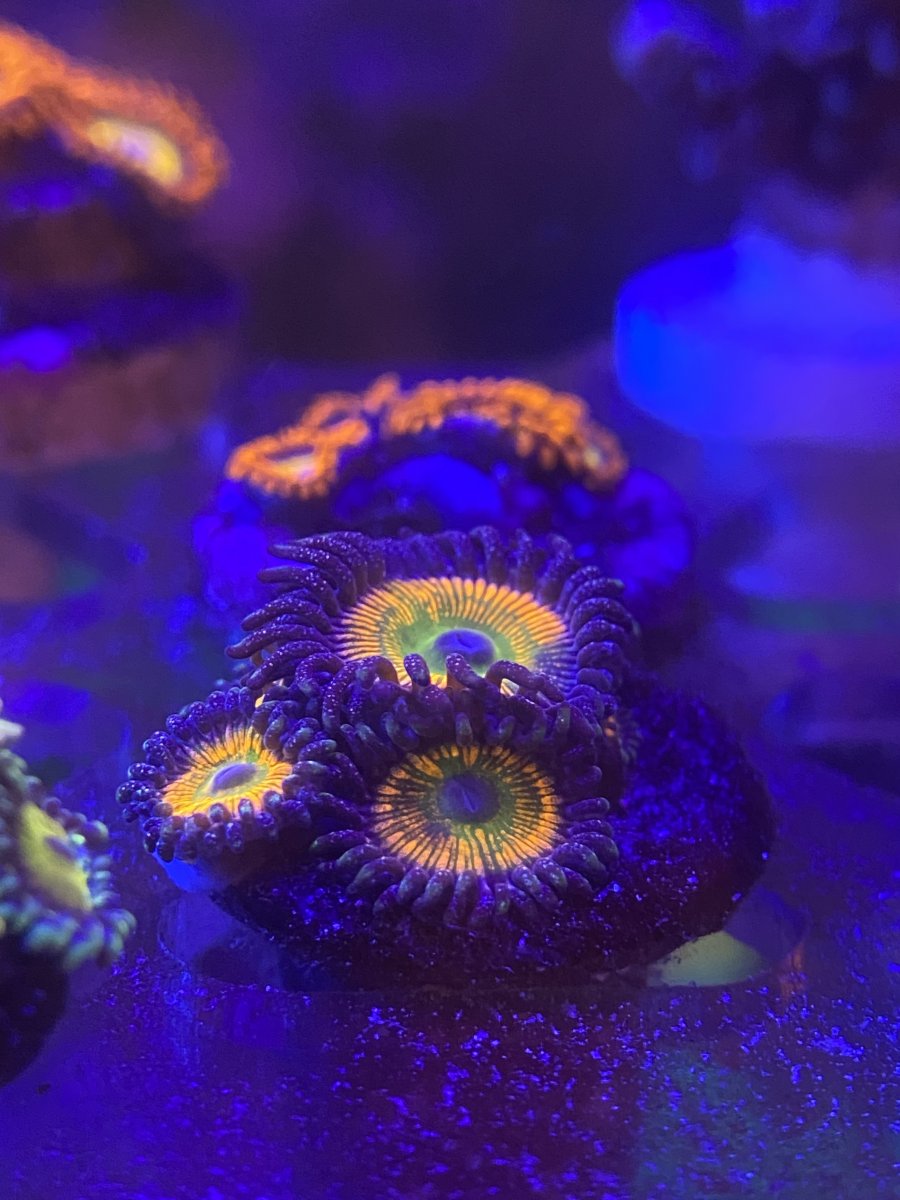 One of my many "Dream Chalices" . I had been eying this coral in their main display for a couple years at my LFS. I waited until it was grown out and asked for a piece. The Manager knows me pretty well and broke me off a piece. Not gunna lie I was super excited

Some type of Watermelon Chalice(maybe a hyper) 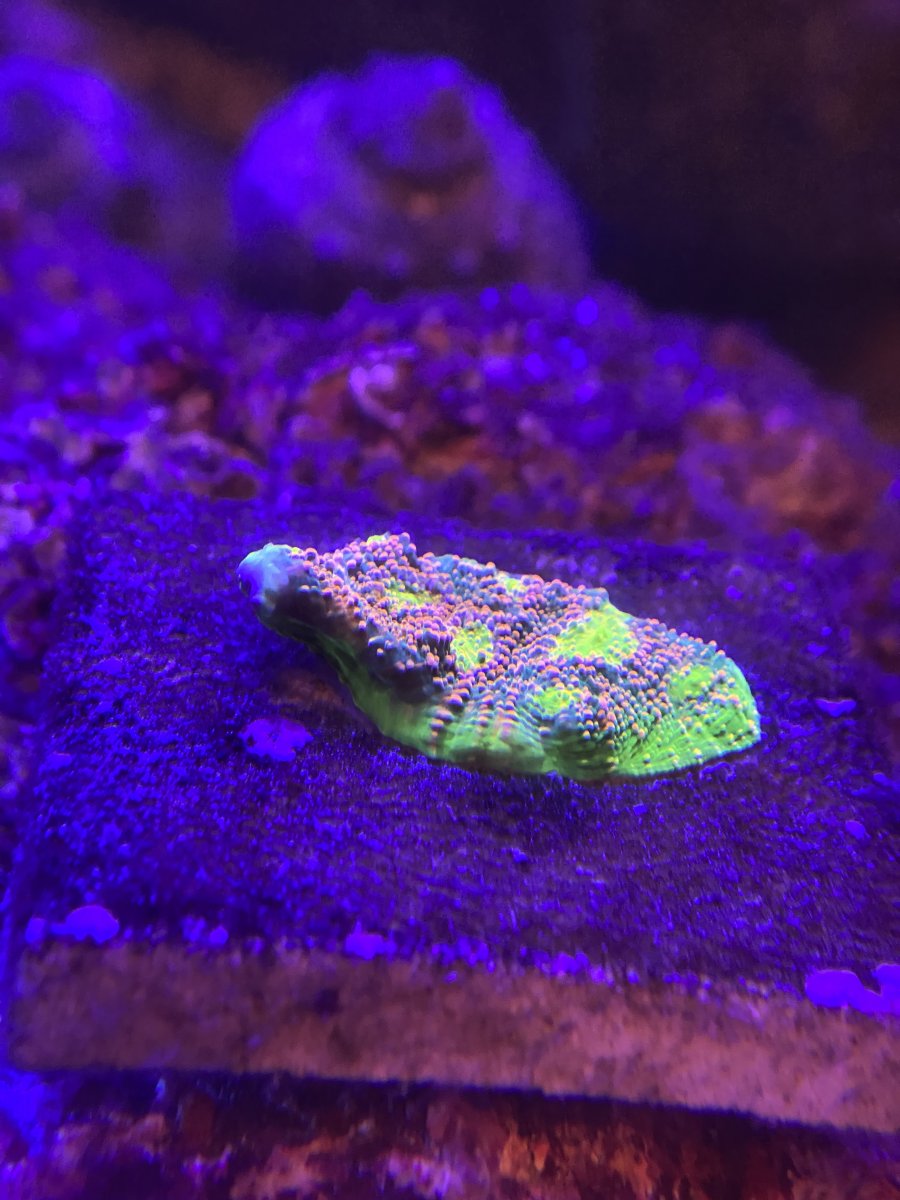 Here are a couple new additions of zoa (not all of the order) that I got shipped about a week ago. 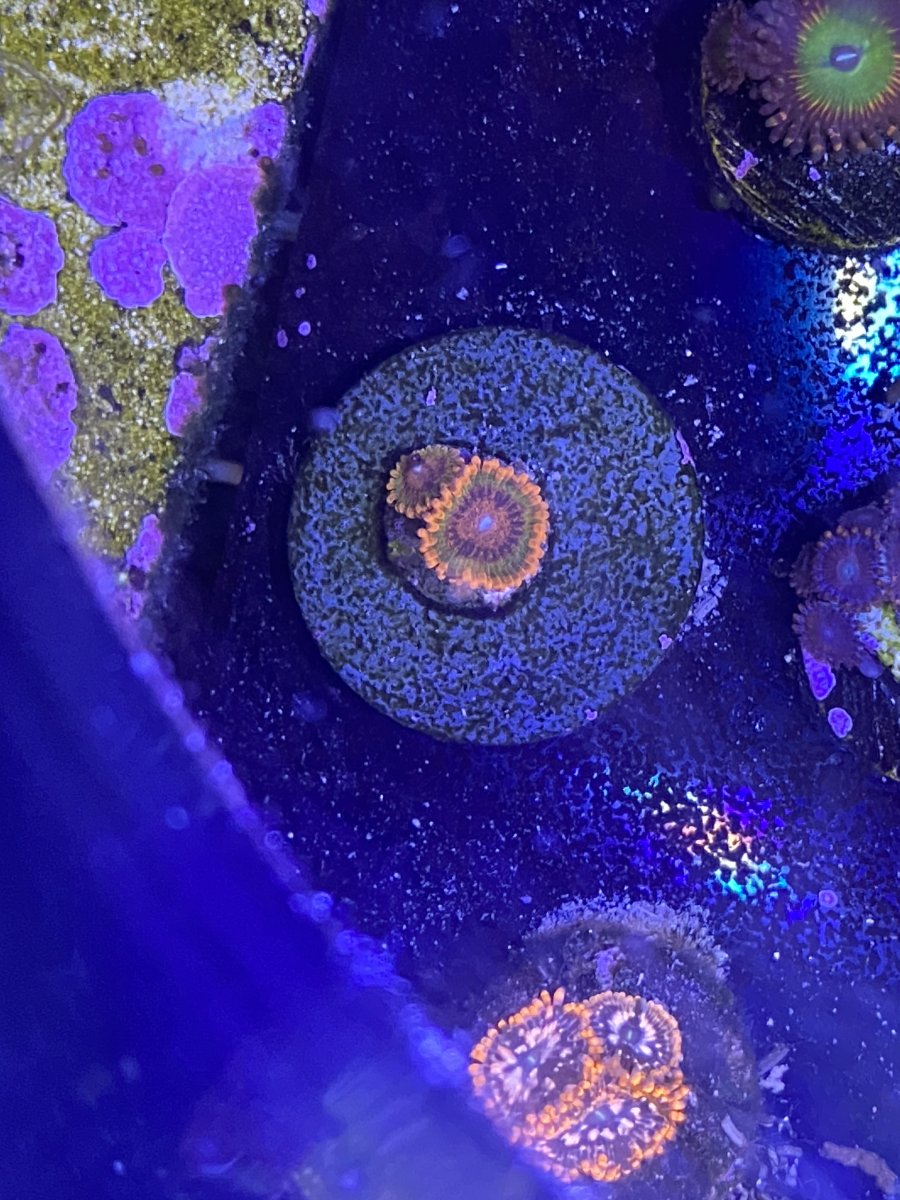 WWC AOI Mini Colony- Super cool coral I fragged me a piece to put into one of my zoa gardens. I like tto start my gardens from single- 2 polyp frags even if I have plugs full of zoas. 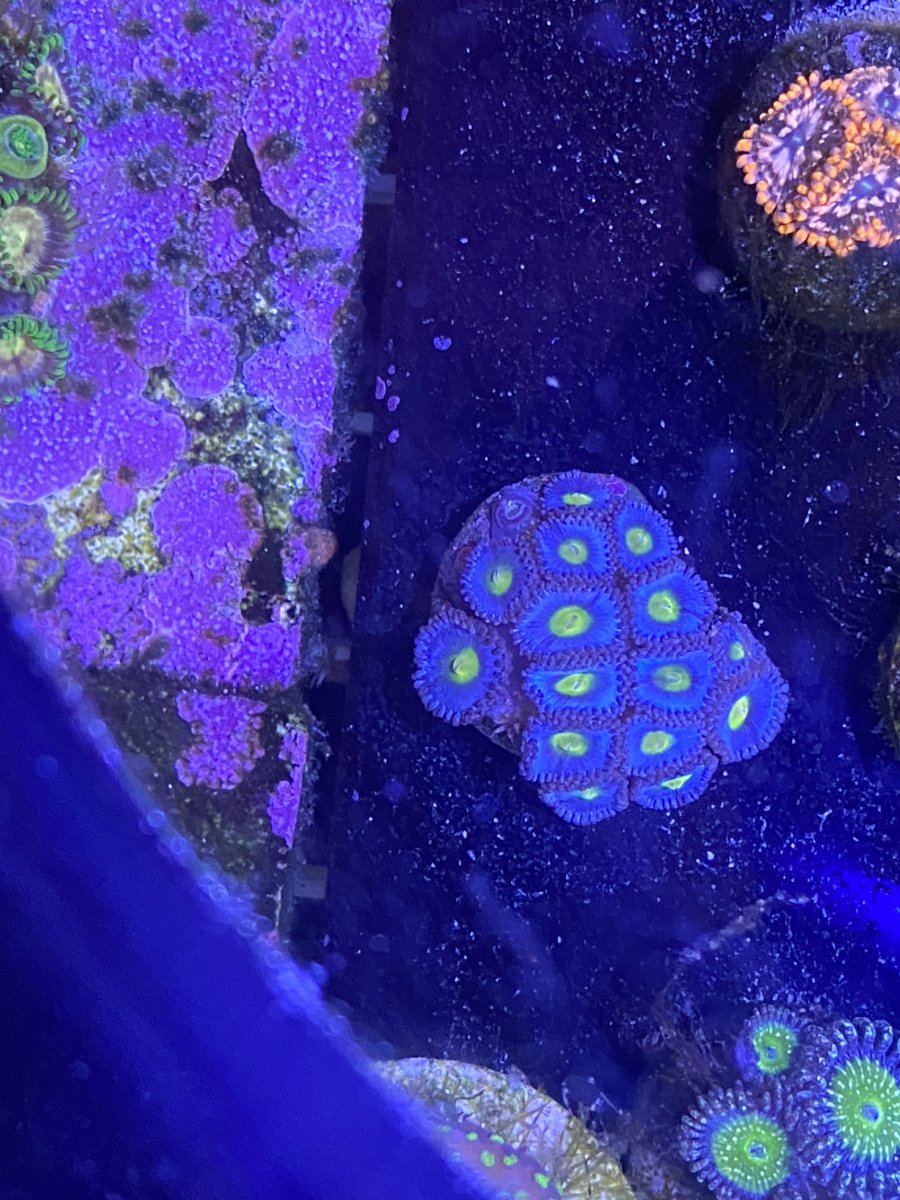 "Tyree Pink Lemonade"-Got this from a buddy of mine and it has colored up so well. We think its a tyree pink lemonade but It really is a super bright yellow! This would be in my main display but it keep getting knocked off so it is sitting in the Frag tank to encrust a bit. 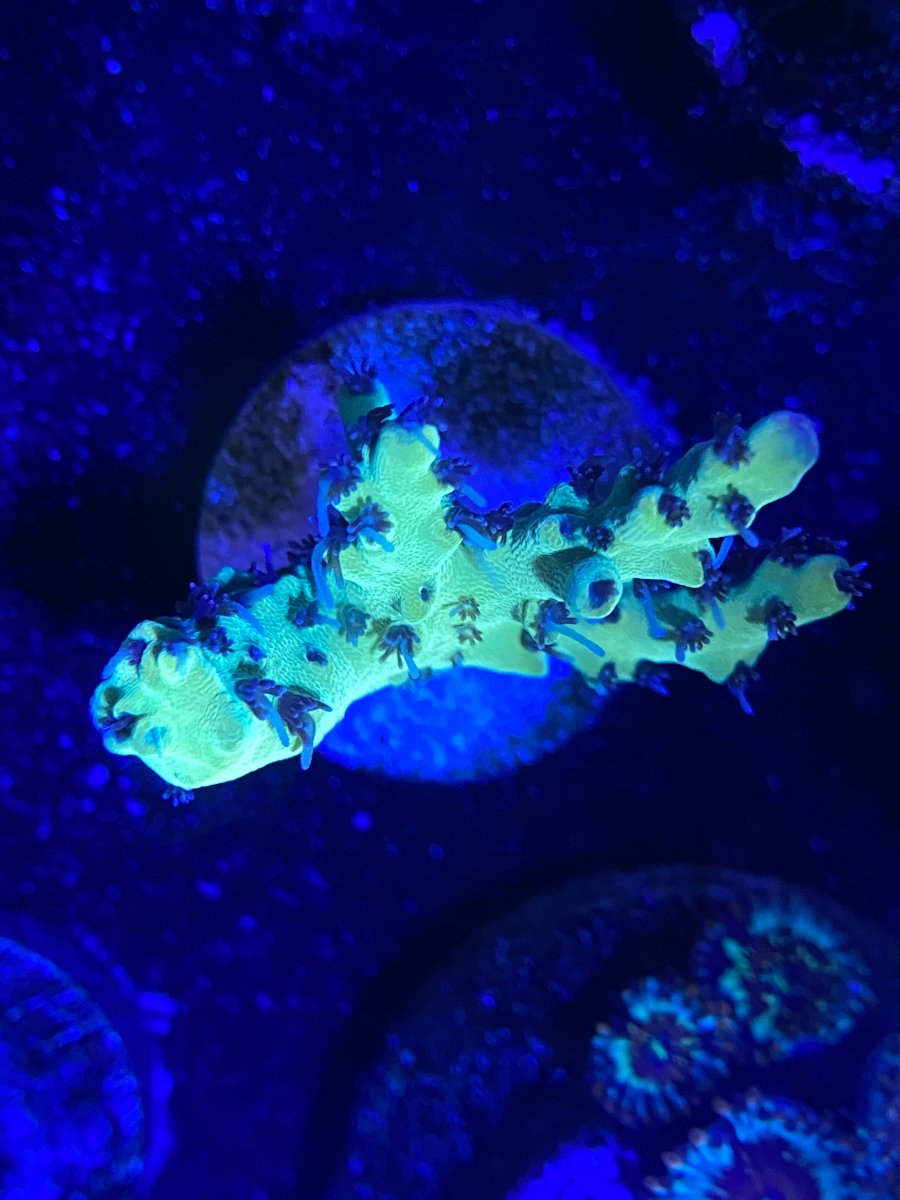 Strawberry shortcake: Got a colony and fragged a few pieces for the frag tank as back up. These frags have better color than the mother as of now. (picture shows no color apparently). 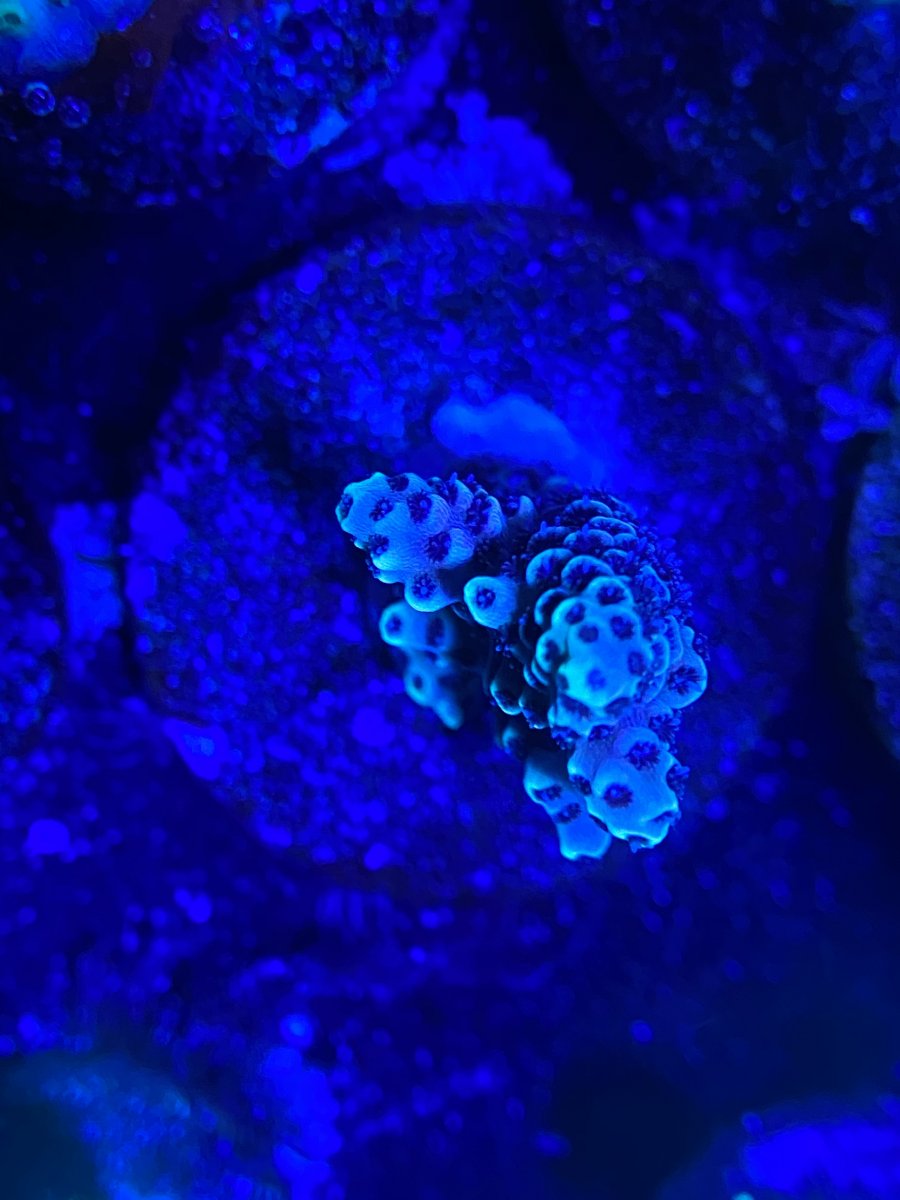 Was looking from the top of the tank and this area caught my attention. To me this looked extra good for some reason today. Im just thinking the starburst cap instead of two red plates would make this look so much better. 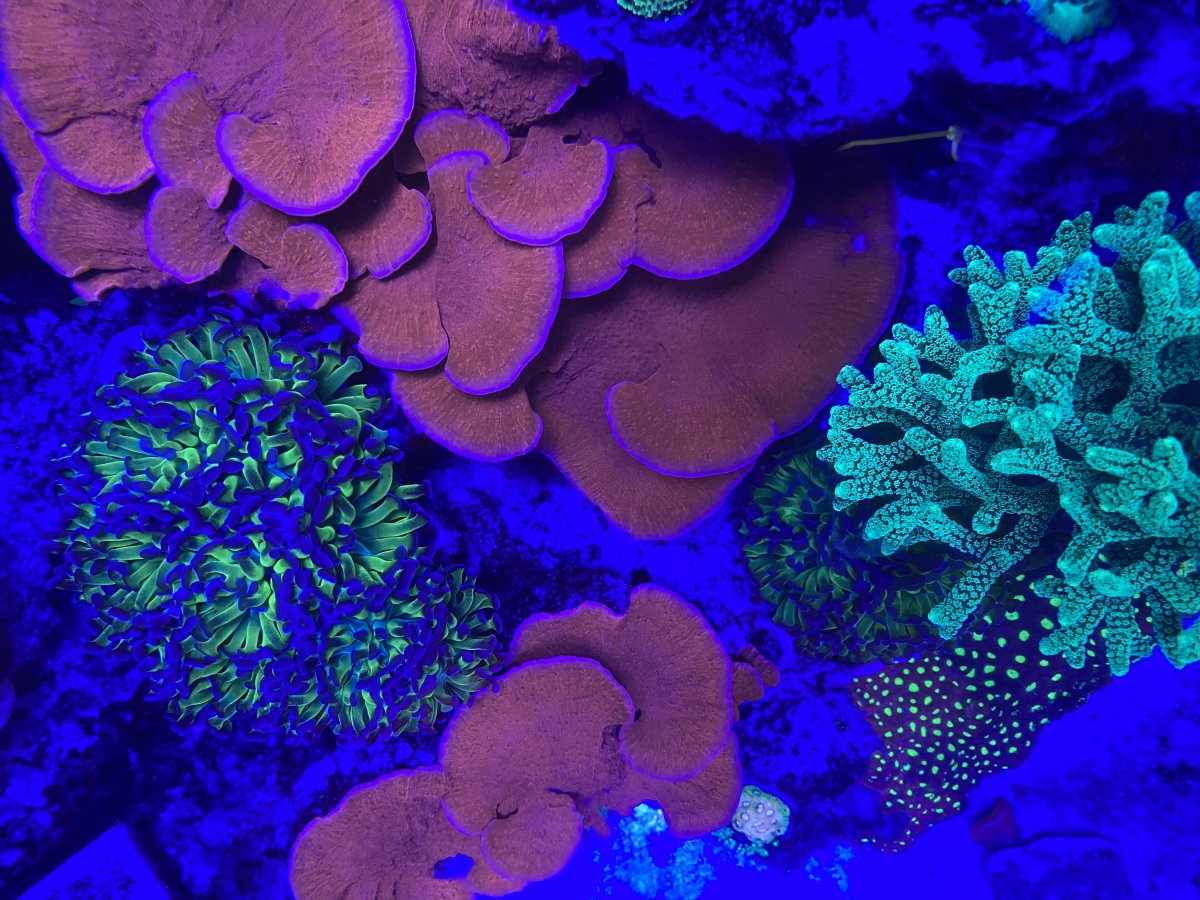 First pic of my Dragon soul that actually looks true to life! Under whites thing look like a brown torch with green tips but under blues is when this thing really pops! 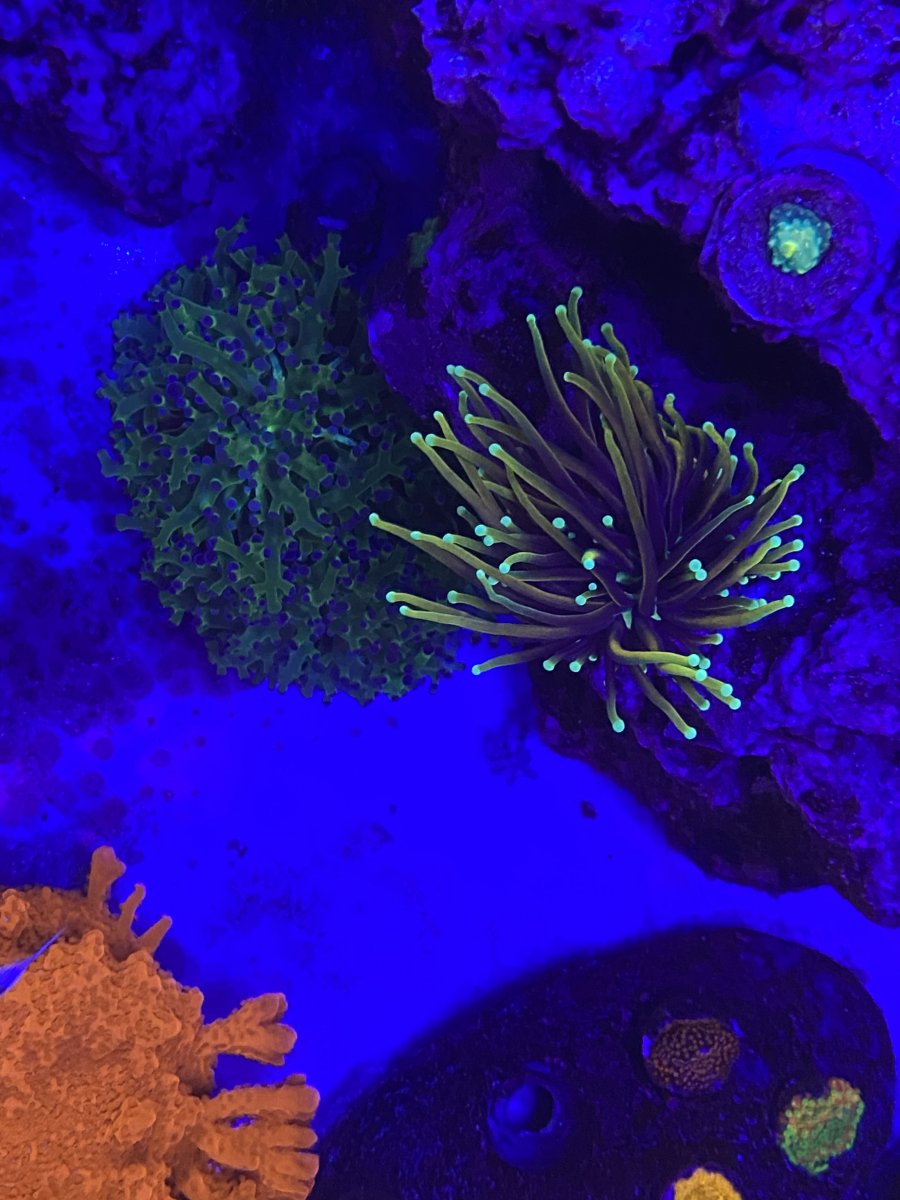 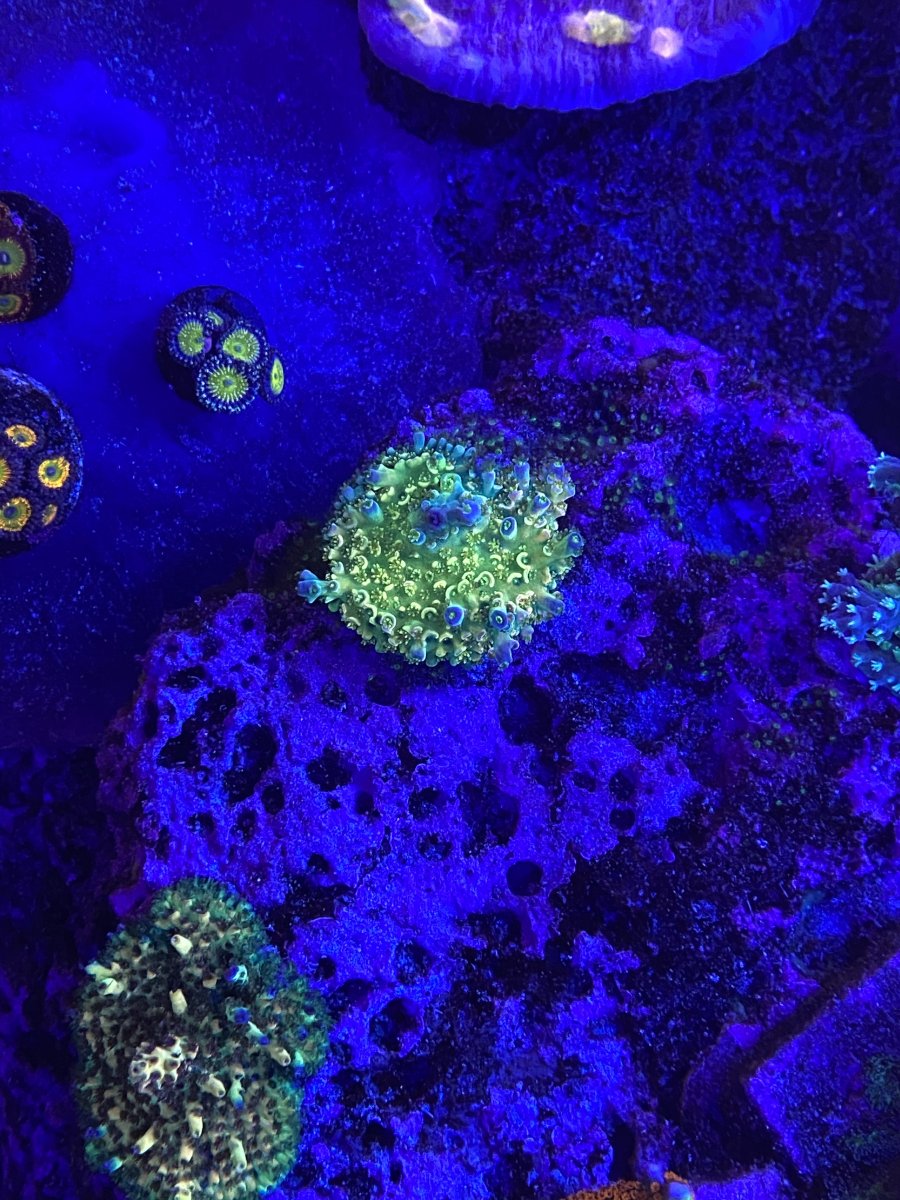 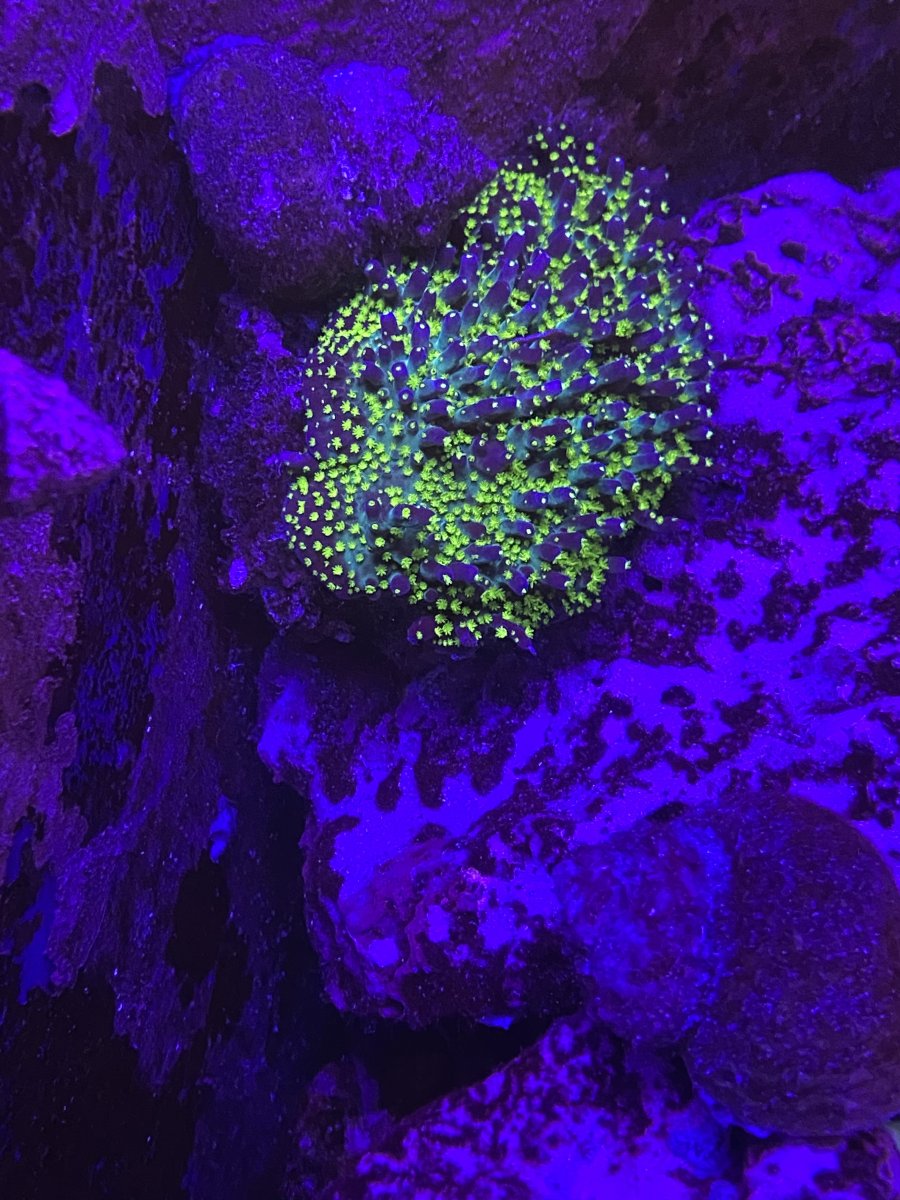 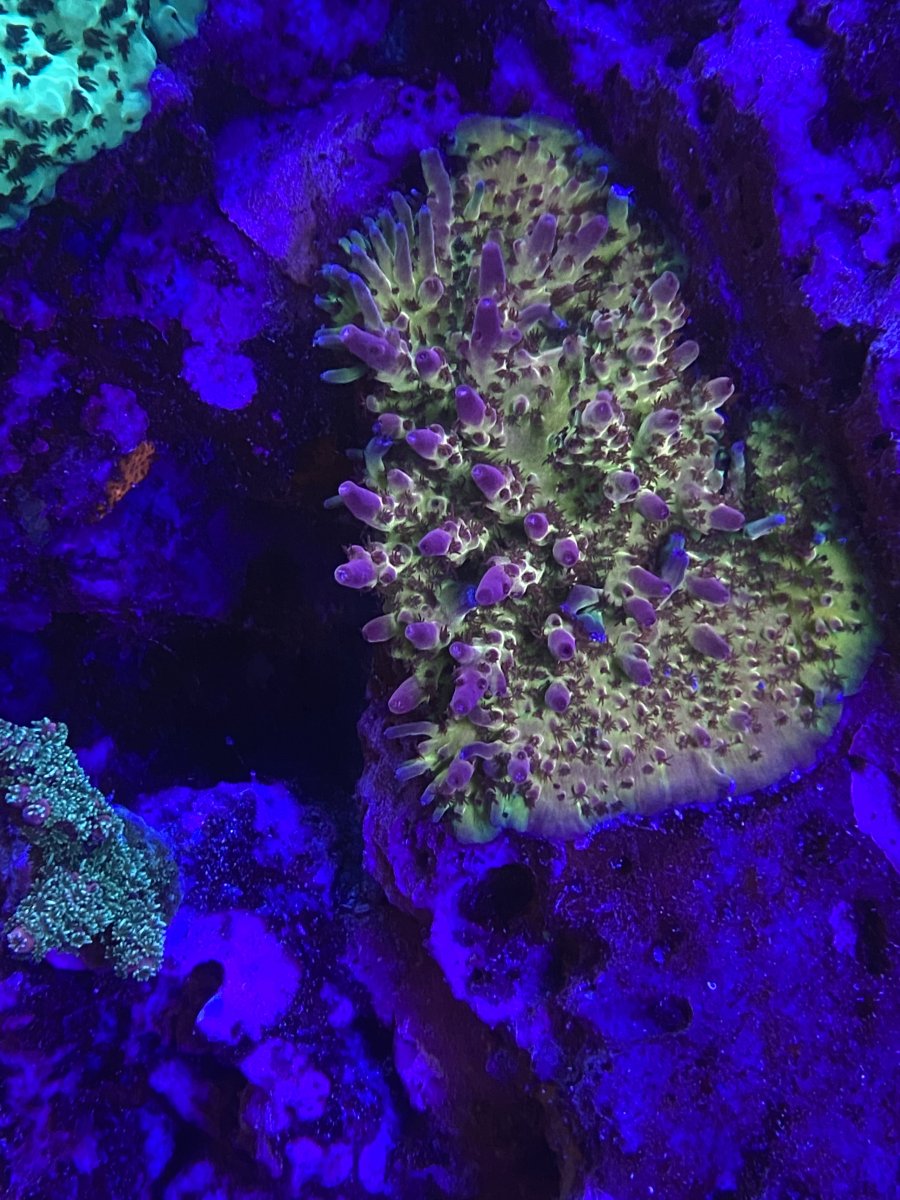