Need help removing the vertical beam in my stand. 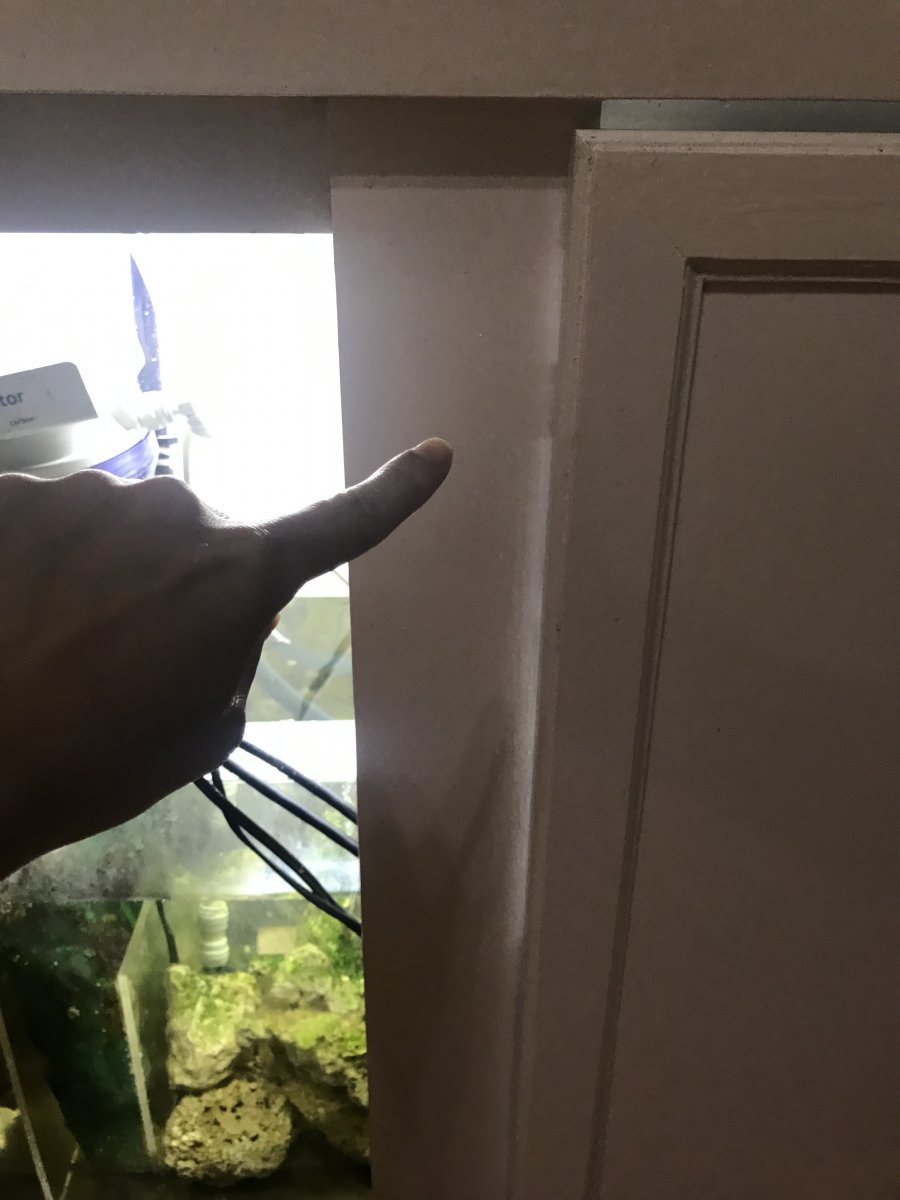 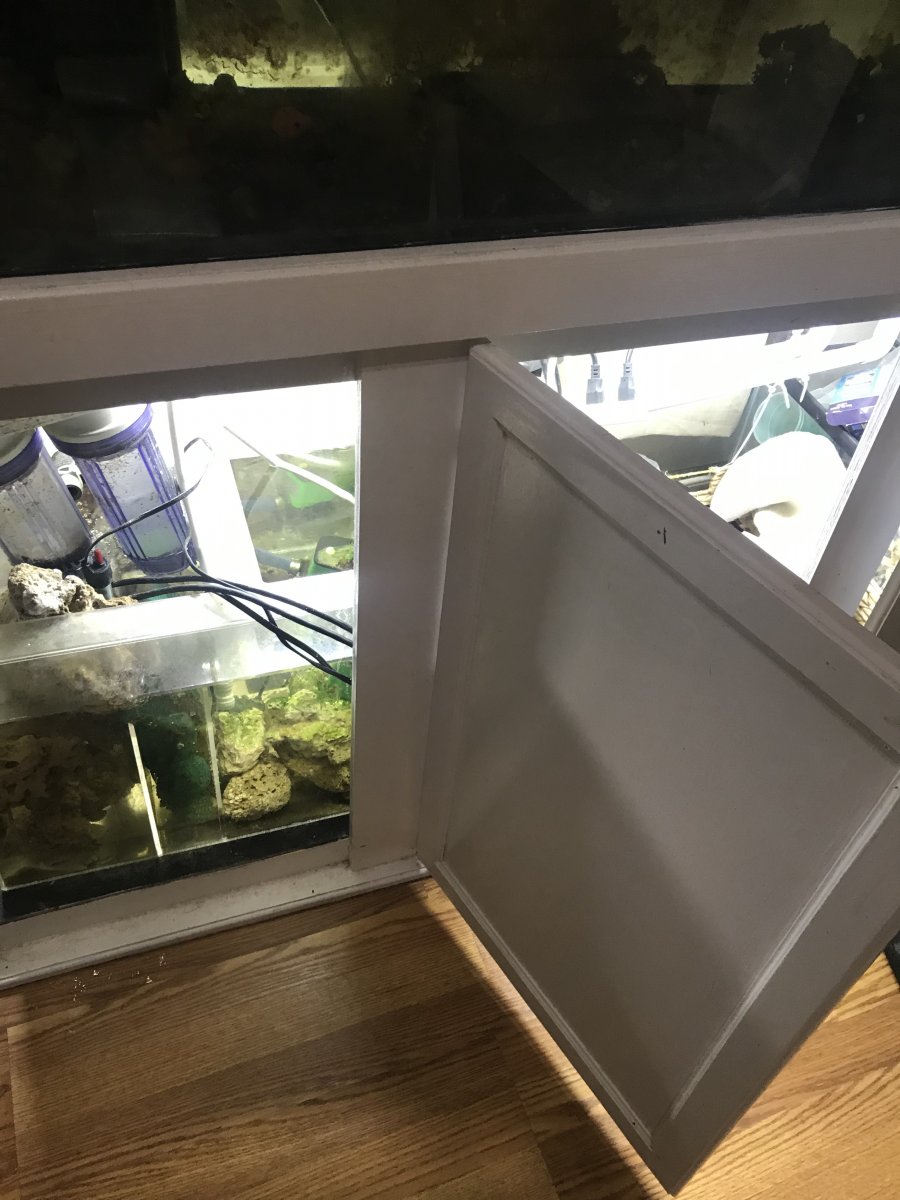 i’m replacing the old sump but the new one wont fit under the stand unless i drain my tank and move it away fromthe wall so I can have room to work with. Thats too labor intensive and im lazy as a pig Does anyone have any idea how to remove the verticle beam ( where my finger is pointing) ?

I can't tell if that's structural support from picture, suspect it is. If so, drain as much as you can to reduce weight. Put in temporary vertical support. Remove the support causing issue, replace sump and put previous or similar support back in place .... refill. If you're asking which tool, jigsaw should do ok. Just saw a YouTube vid on this from Gallery Aquatica I think.

I would be reluctant to risk a sudden shift cracking the tank...but then I am pretty risk averse.

Oh and just to be clear, I appreciate good time management as much as anyone. But there's no way to do this without quite a bit of work.
Last edited: Dec 2, 2019

We had to do this when we were working with George from CoralFish12g. It's risky, and we don't assume liability here.

We did very similar to what @Quietman suggested, but we added a couple steps

There are 2 center brace in the front one on each side. Is it ok to remove one w/o adding 2x4s?

Yeah assuming it's supported as stated above. But do you really need to? I'd see if you can wedge it in first, but be prepared with everything if you can't. As stated plan for the worst, have every eventuality you can think of covered with tools standing by. Also you might want to think of some back out plans. Meaning if the sump doesn't fit or the plumbing isn't workabke...when do you decide "I need to do this another day after..." And then make sure you have the equipment to do that. I'm sure you've done things like i have where you're in a death march and have to finish no matter what....I hate those 9 pm trips to Lowe's.
OP
D

The lazier side of me wants to skip the steps but i will be adding 2x4s to be safe. Now as for the brace itself how do i remove it w/o a jigsaw? Can i poind it out with a rubber mallet or hammer? I bought the stand from a LFS therefore i dont know how it was put together. Nails maybe?

Ugh...did they paint over screw heads? Could be recessed nails. Could've put hidden screws, under the top piece. If you can't find might have to make sure you have a blade that can cut through that. And extras. Maybe your lucky and it's just paint holding it together.

I did something like this on 60gal marineland tank. I used a car floor jack & 2x4s. Raised tank slightly w/jack & a 2x4, inserted another 2x4 offset from center, removed center brace, swapped sumps. It was nerve racking but it worked. Had to repeat a year later when moving tank. My newest tank/stand has a side door...Amen

Brotha cant afford a floor jack
I cant seem to locate the screw as its prolly painted over. Really dont want to use a saw to cut it. What to do guys?

To be honest if you dont want to cut it then it looks like your draining the tank moving it and replace the sump from behind unfortunately!

whats on the wall behind the tank? Any way to just plum through the wall, disassemble the sump from the bottom and use it for storage?

I went thru one of the ends with mine. Cut a hole & used the cut out with trim added to look like a pro did it. 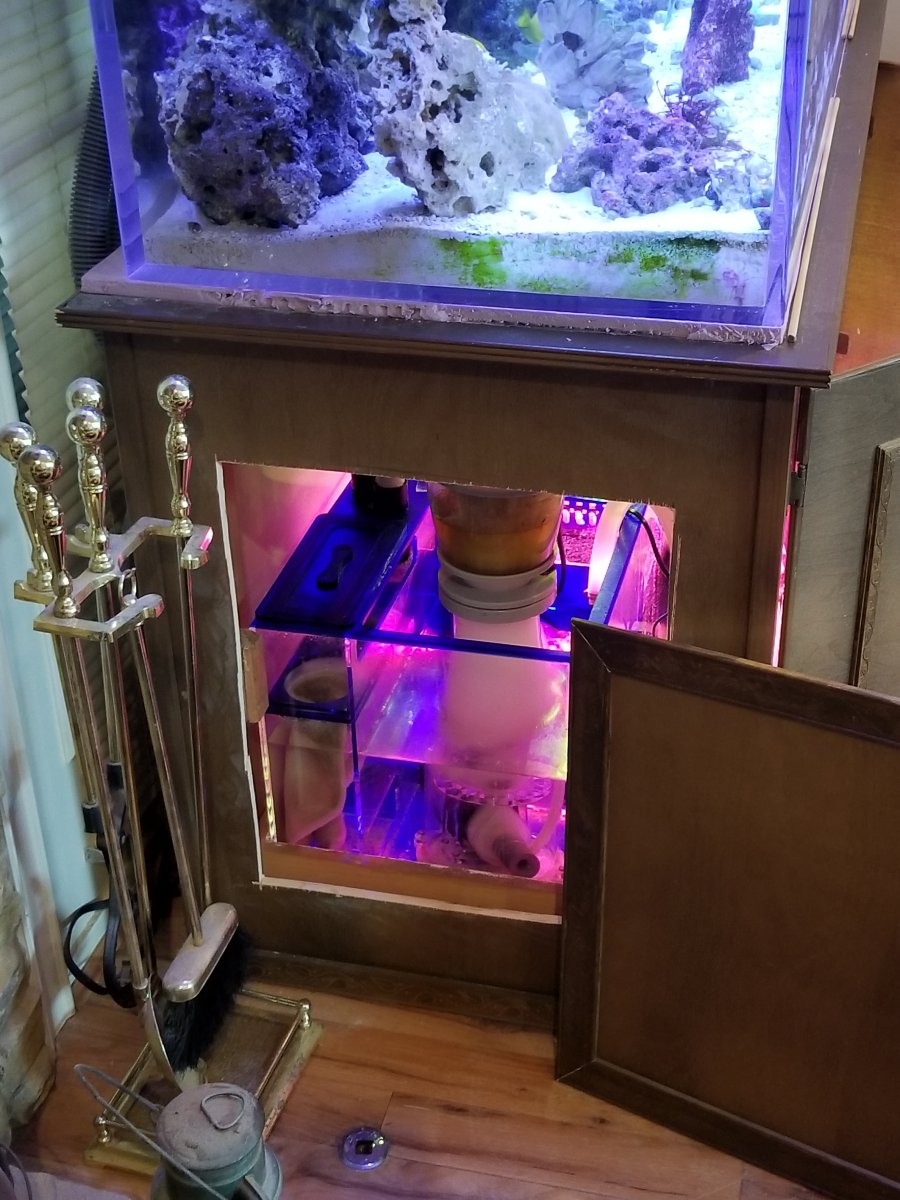 DrewBrees713 said:
Brotha cant afford a floor jack
I cant seem to locate the screw as its prolly painted over. Really dont want to use a saw to cut it. What to do guys?
Click to expand...

There probably isn't screws. Alot of cabinet builders use dowels to hold brace in place.

Stand looks like it's made out of Pine. Most mass-produced ones are built with staples.
If so you may see them installed from the inside.

As already suggested, get the new and old sumps ready for the swap, then drain the tank as low as will allow your fish to still swim. That top rail is probably not strong enough to support the full weight of your filled tank.
Although I've seen people place tanks on just a couple stacks of bricks with no center support, why risk it ??

I like the idea of taking it out through an end without cutting any of the top/bottom rails over removing the center brace.

No offence but, if you're not certain how to remove it to begin with, maybe you could find someone close by who is very handy, has the proper tools and will re-install it properly.
OP
D

Ok finally had the courage to take off the brace last night. It was fastened by nails so i used a chisel and a mallet to pry it out.