Hello everyone! I am finally starting my new build with much excitement. I am building this thread/build with inspirations from several other threads such as @Elder1945 and his reef build. This new tank build has been in planning progress for quite some time with many changes.

Equipment has changed a bit due to better price options or adjusting budget for more corals purchases down the road. Biggest change would be tank manufacturer. As I was leaning towards SCA Aquariums for a custom build which changed due to a LFS being able to build the same size tank rimmed and euro-braced for almost 80% less than SCA. I do not mind rimmed tanks and it made the choice a no brainer for me. Next change would be the wave makers, which I changed from MP40s to Jebao SOW due to my previous Jebao SOW being reliable for me and the price point is great.

As for lighting, I will be sticking with my Reefbreeders Photon v2 with ATI T5 hybrid which has worked great for me!

The sump of my choice is the Red Flex 300 sump which provides everything I need from a sump.

I went with Deltec for my skimmer this build as it a great simple design that is a workhorse. With great reviews from several reefers and Adam from Battlecorals I chose to spend a bit more for a skimmer for it's performance. After speaking with Adam, we decided that the Deltec 1000ix would be plenty for me. Unfortunately, he was out of stock and was able to shoot me the Deltec 1000i with a neck cleaner as an inconvenience.

For the return pump, I stuck once again with the Jebao as my previous Jebao return pumps have been reliable since I started the hobby

Moving onwards, I followed the true and tried design of RocketEngineer as it sound proof. I used 1/2" plywood to skin and 3/4" plywood for top and bottom base. I have several design ideas for the right side for my equipment that is still in progress.

As the title states, this will be a garage tank. I am renting a house for 2-4 years and decided to place the tank in the garage to avoid any water damage to the floor. The tank will take one wall space to allow for the display and a frag/work station. I reside in Southern California and it get's pretty warm in the summer which brings it's own challenges. I will be using a JBJ chiller to help with that during the summer months. Not really worried as it only get crazy hot like several days out of the summer.

I will be documenting my journey into this build and will be updating this thread periodically with my ups and downs. Any comments or inputs are appreciated!

Leaving it at that, hope you guys enjoy the journey and learn a thing or two with my as I progress this build.

To start things off, I have finished my stand essentials. Had some fun with it throughout the process and wished I owned a miter saw for this part. I used my circular saw which did the job easily, just had to take a bit more time aligning my cuts. I used premium kiln-dried wood for the framing and regular plywood for the base and skin. 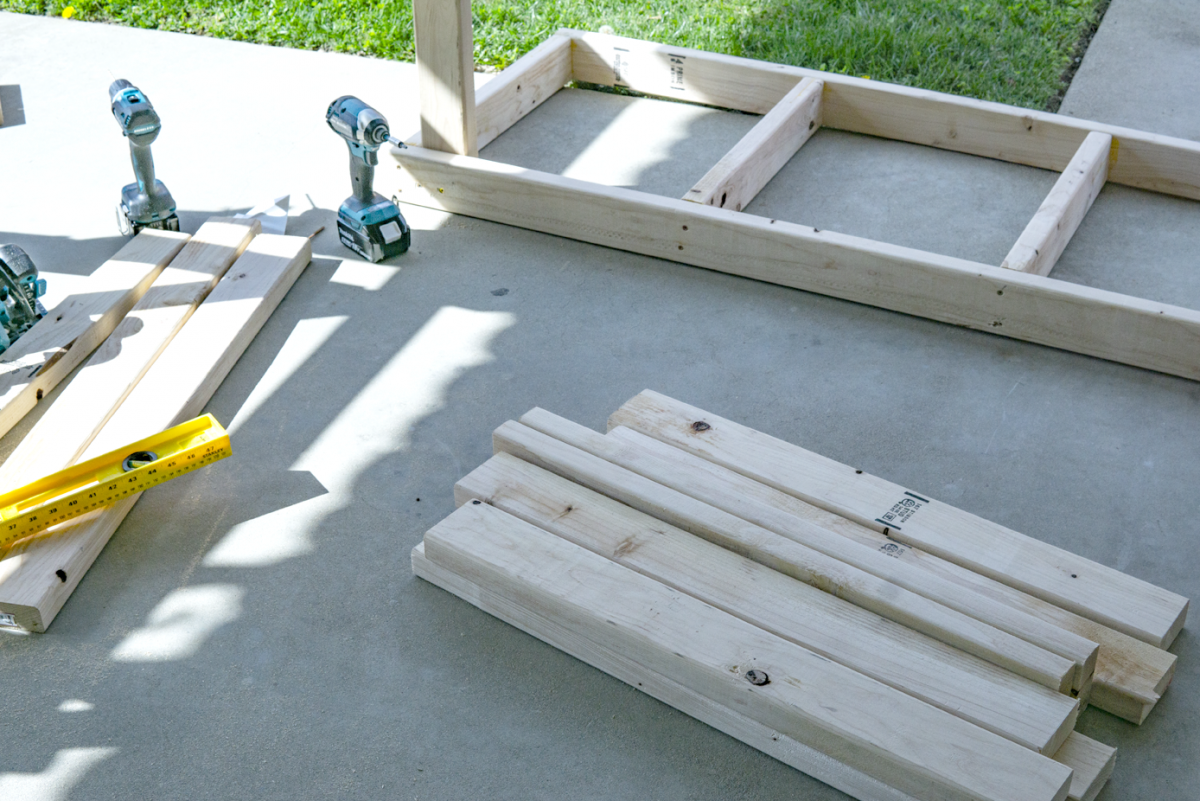 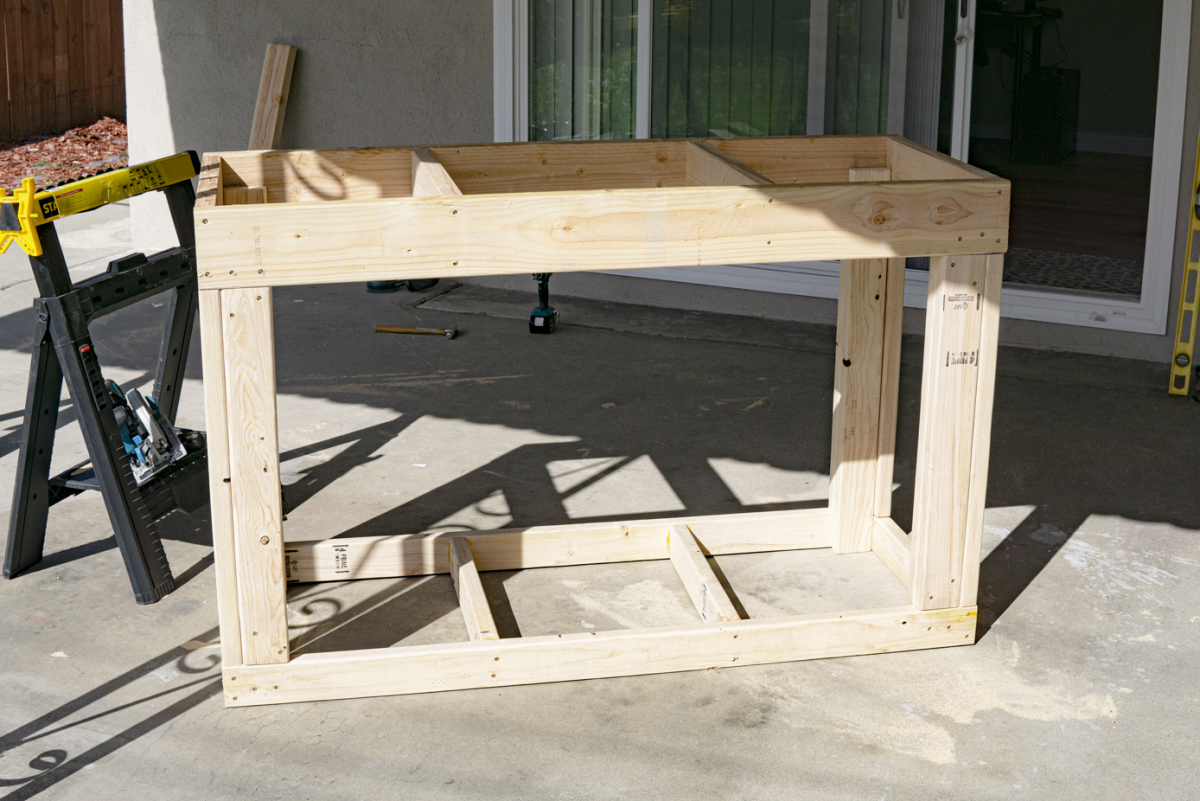 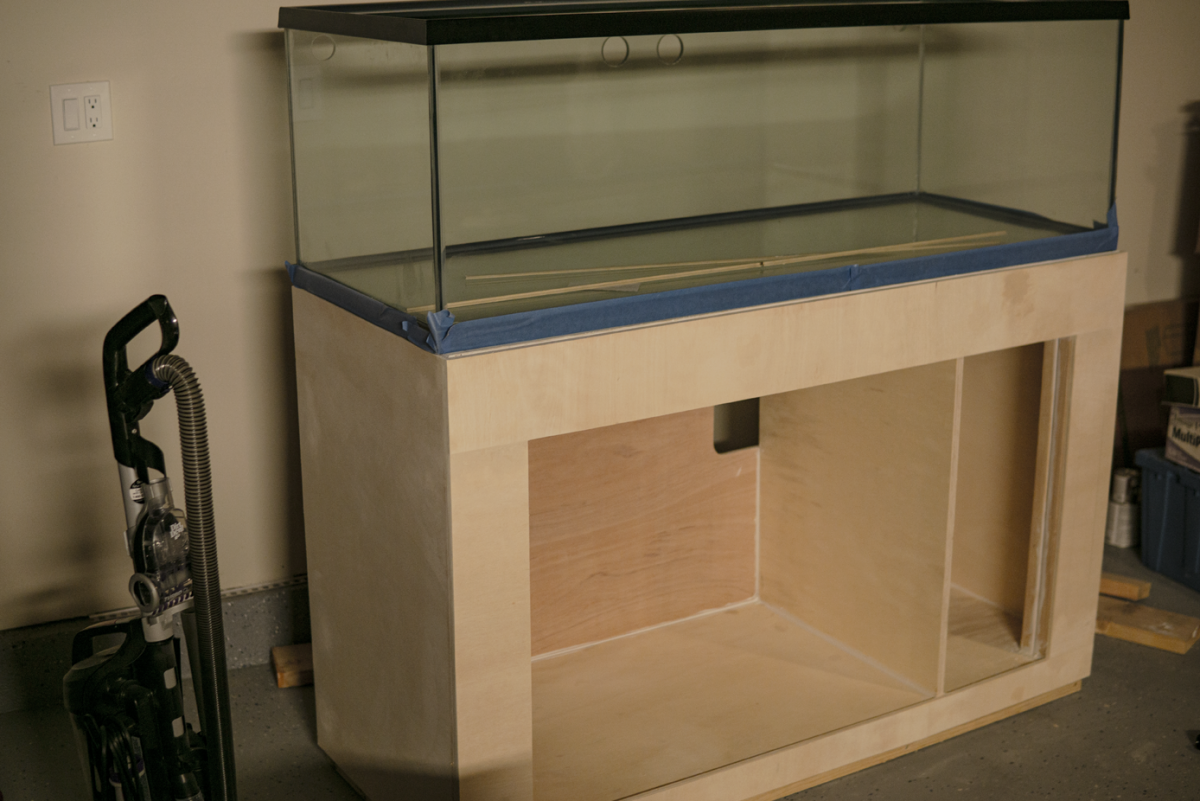 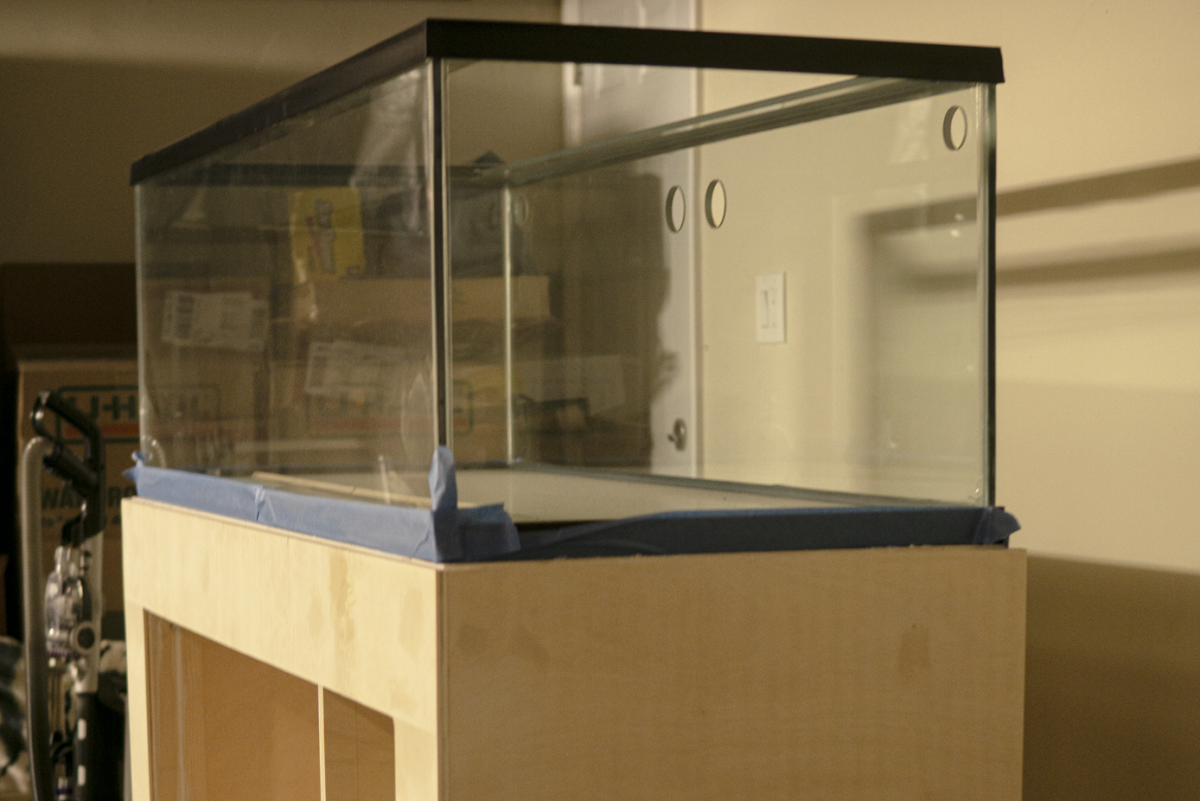 This is all the equipment at the moment, sump is arriving tomorrow afternoon. 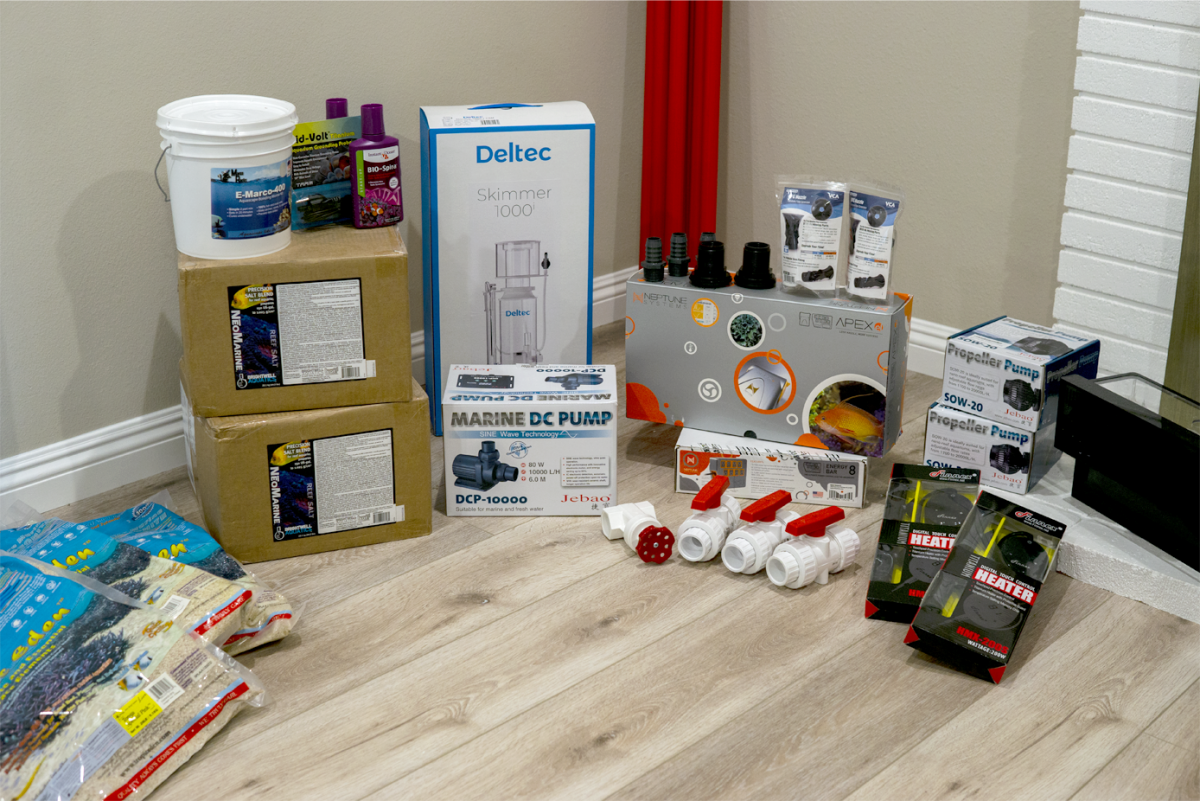 Just finished painting the inside of the tank. Used Killz 2 All Purpose paint primer. Did 3 coats and I think it came out pretty good. Going to start painting the skin of the tank now. 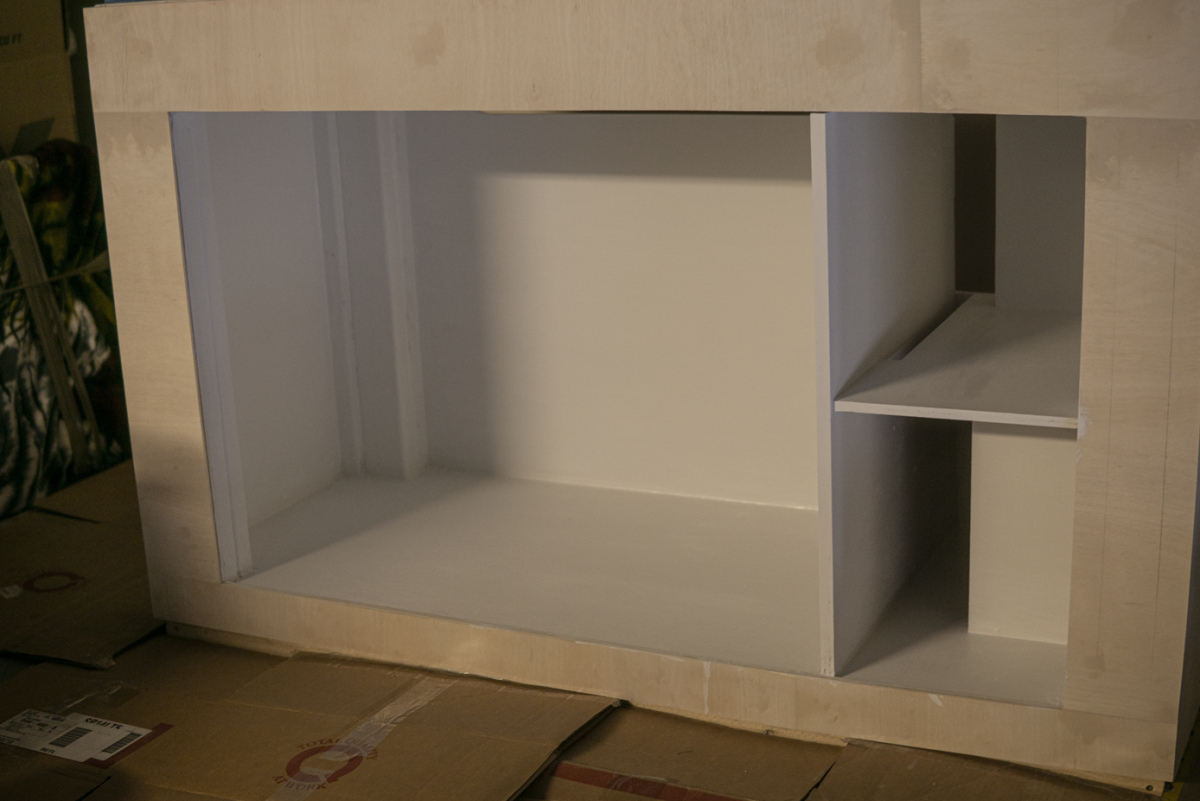 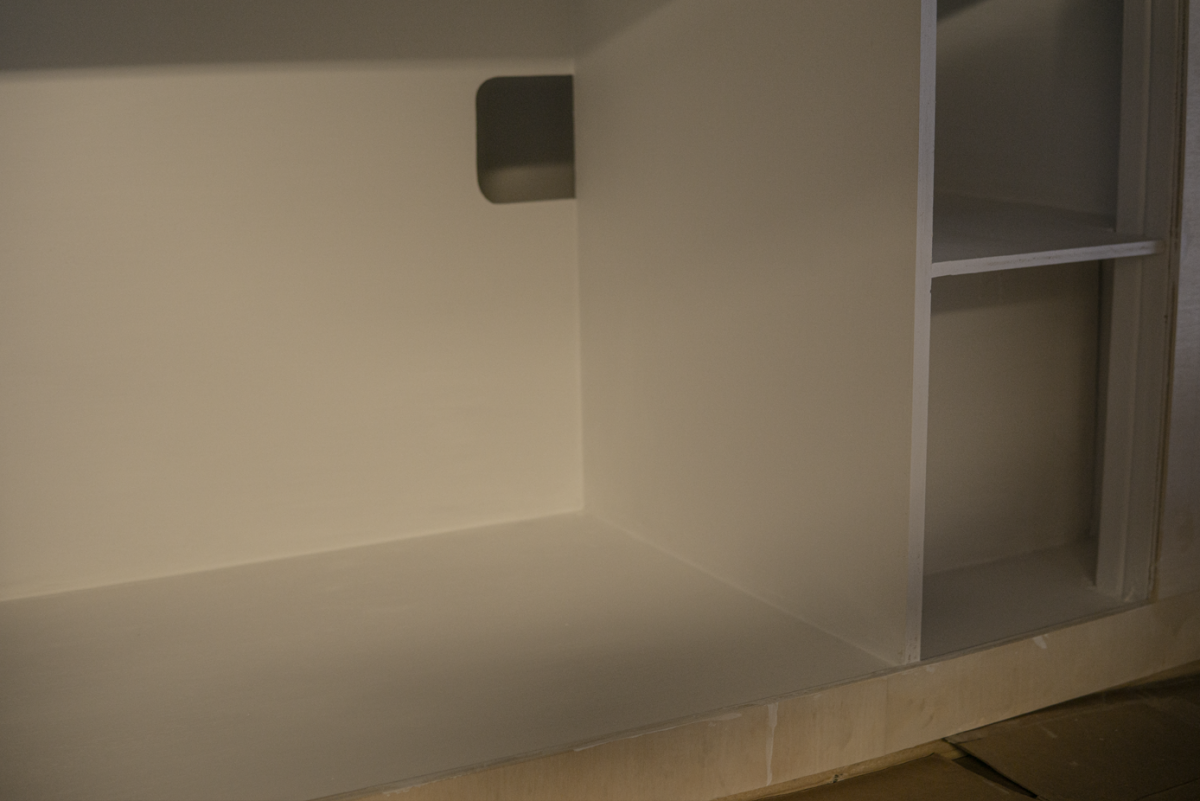 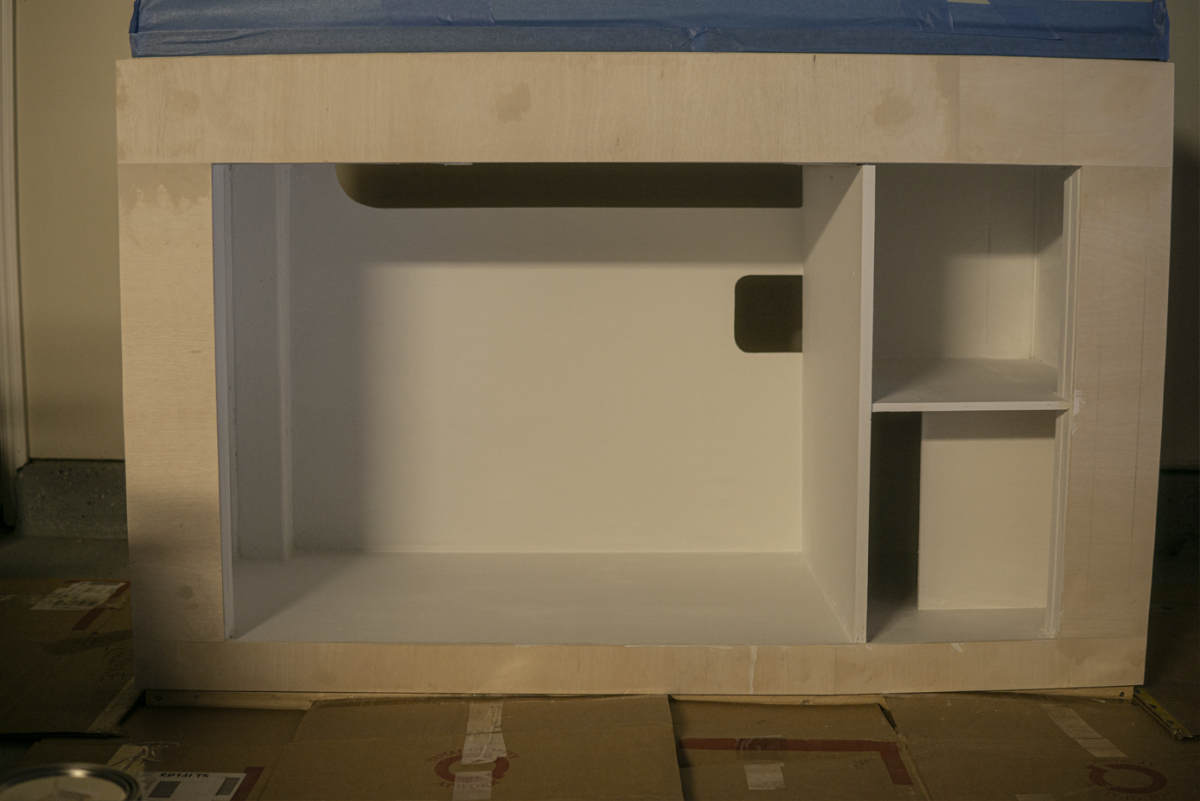 Quick update, finished painting the skin of tank. Still need to paint the 2x4 of the bottom base. I am in the midst of setting up the equipment and trying to do my best on management. I was not a big fan of my last setup of having rat next of wires in different sections so I went the route of ordering two types of cable raceways. One raceway would be for running 2-3 wires for just running and the other for running and exiting for plug in. Most likely will be in this part for a bit until I feel satisfied.

On the other hand, am very happy with how things are going and will be planning for a Sunday finish. Then I can work on my rockwork. 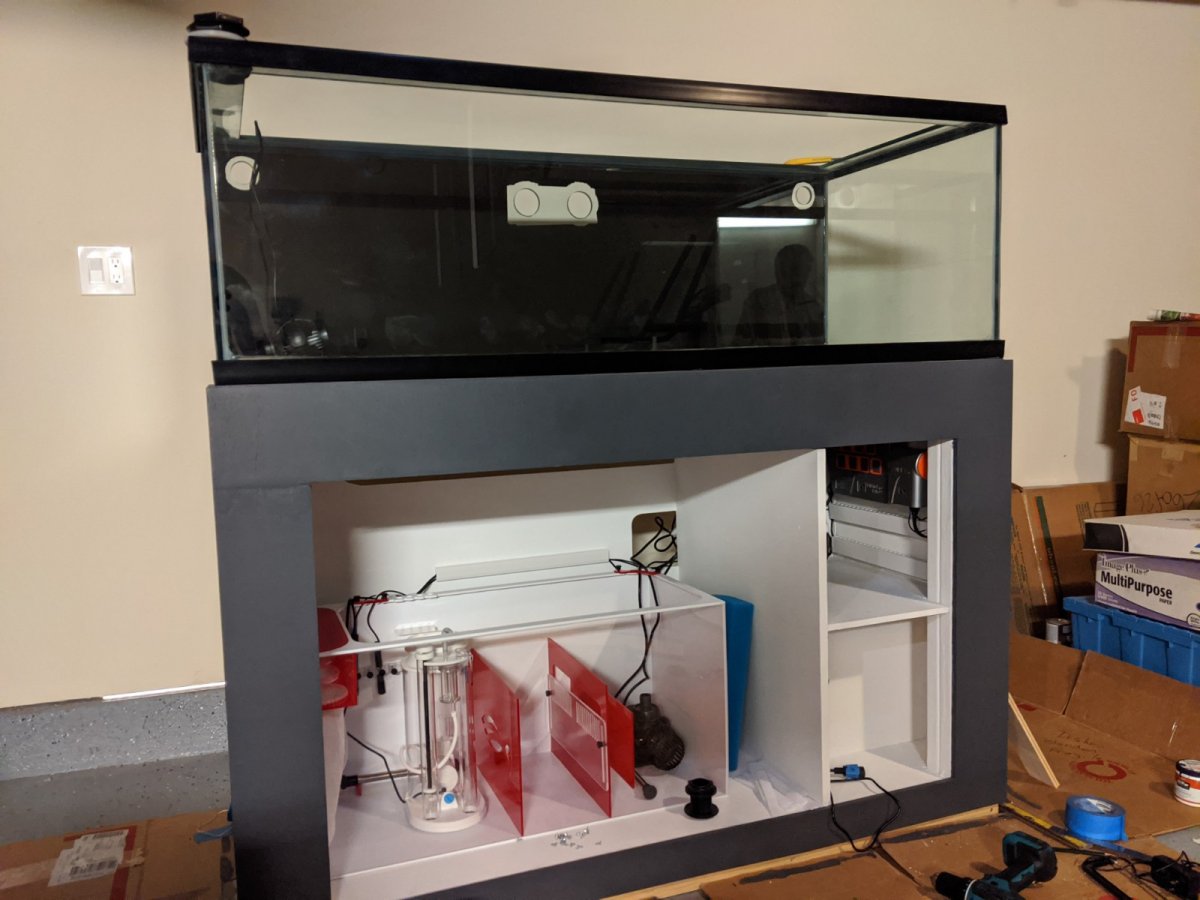 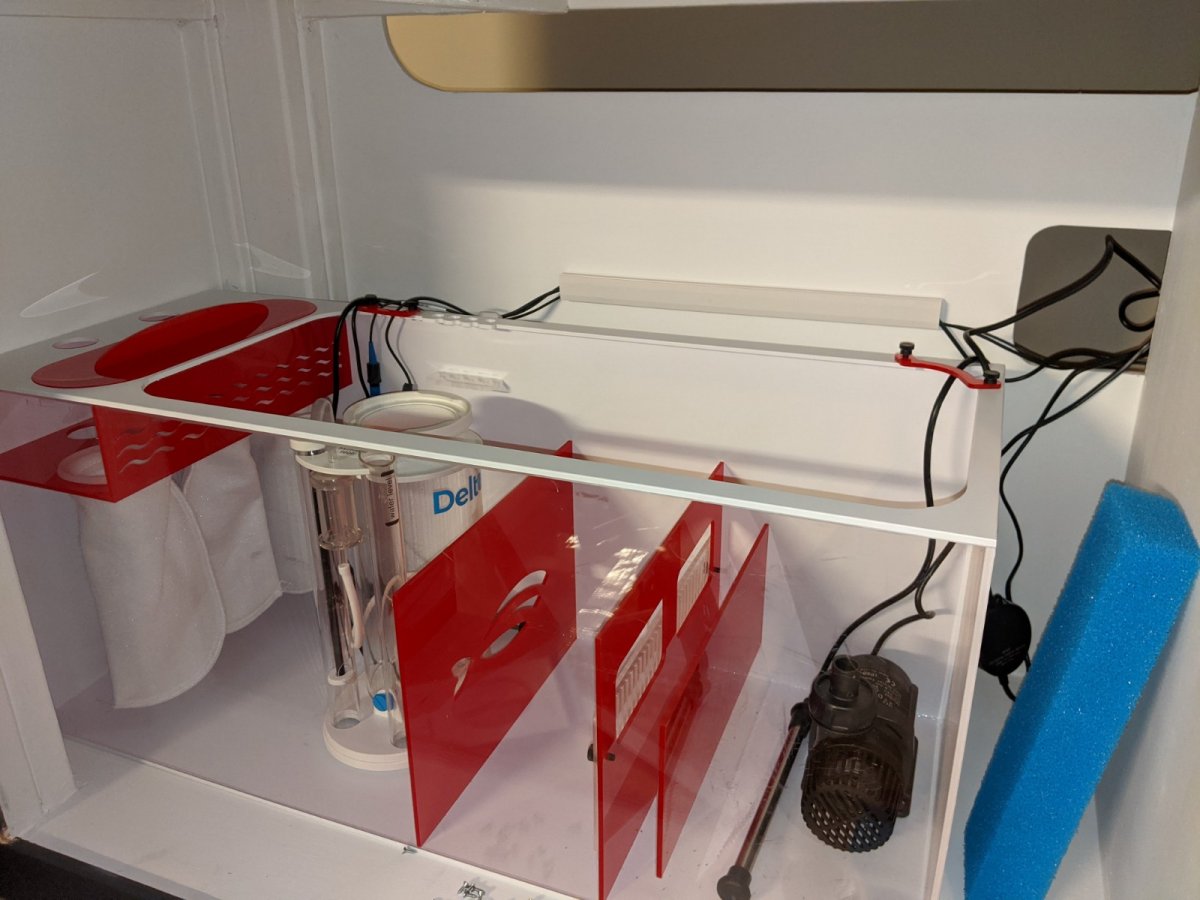 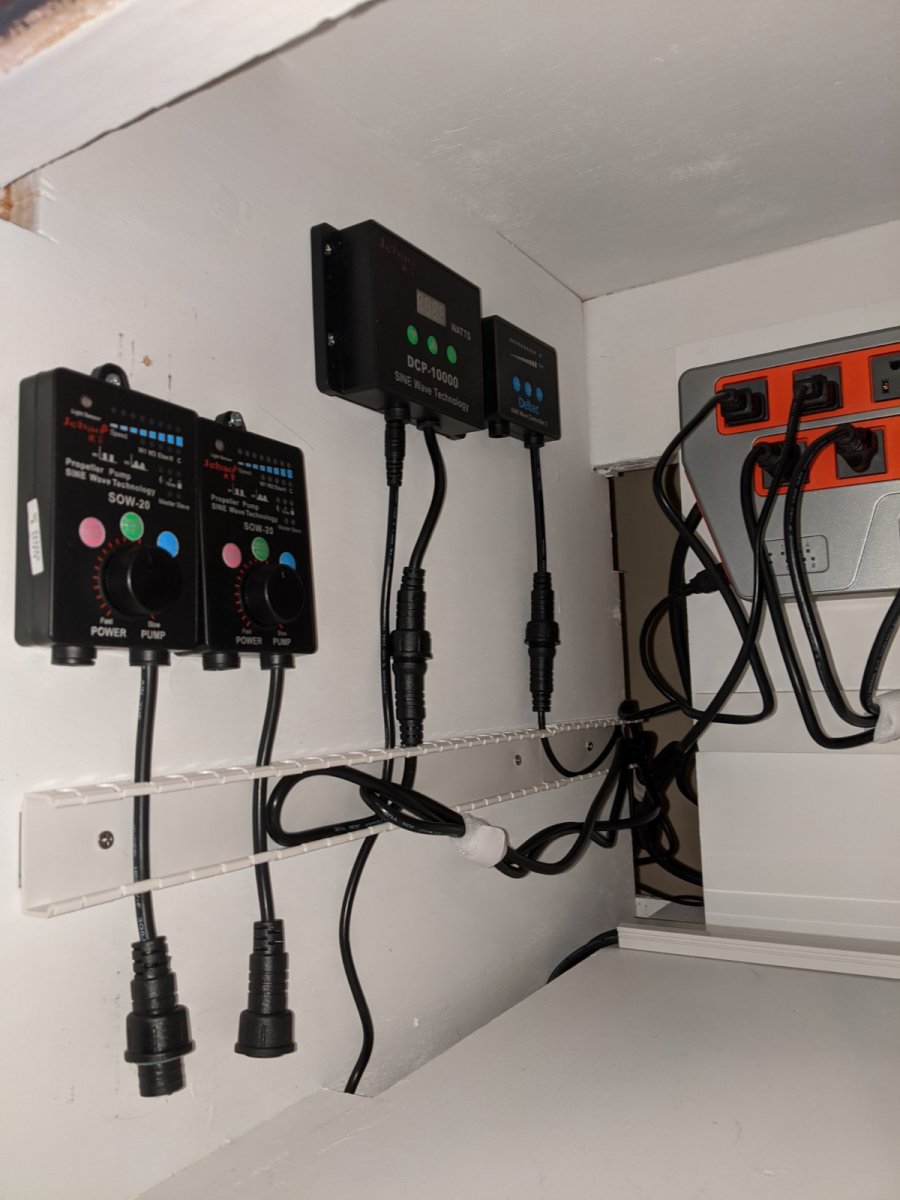 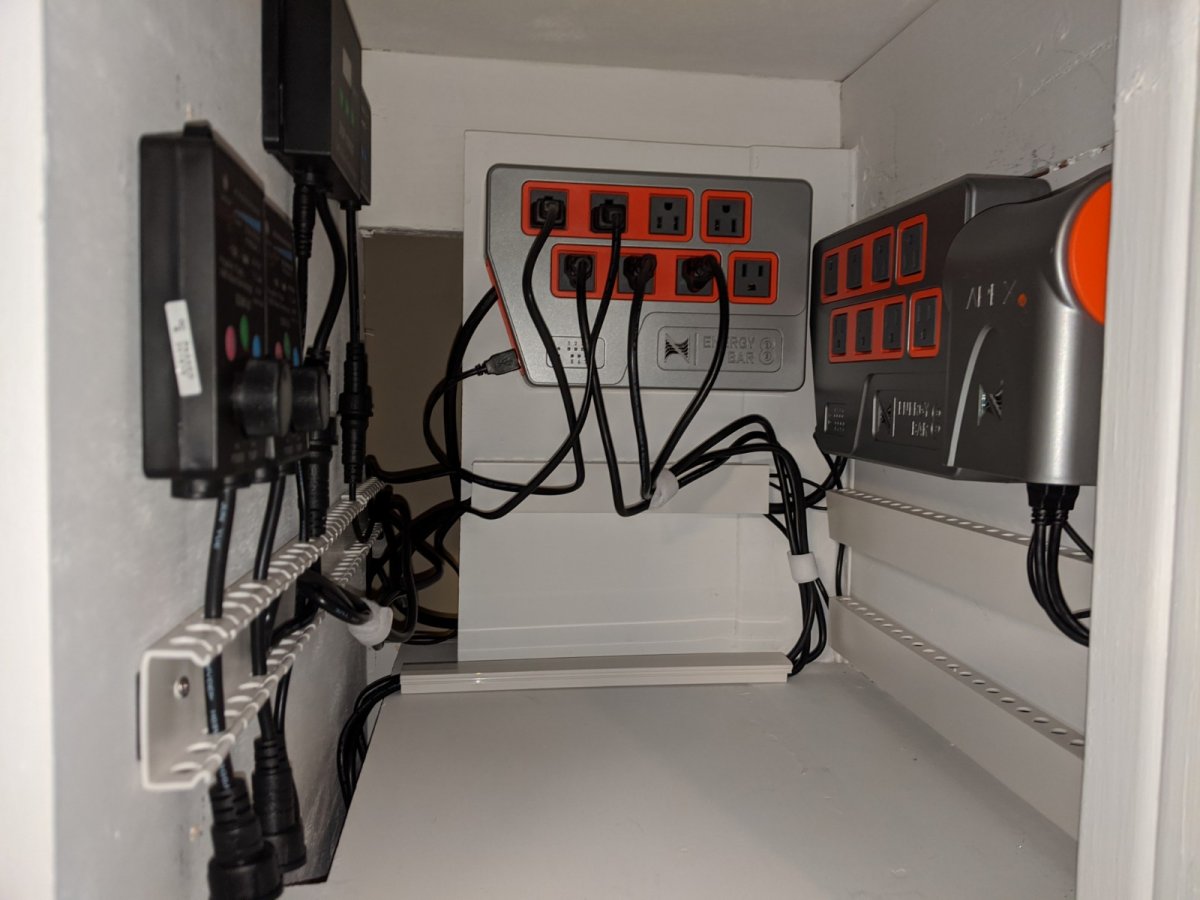