i noticed that today, and yesterday, my royal gramma had not made her way out of her spot, to grab some food. she is a hider, naturally, so i did not notice any unusual behavior until i came to realization that i know i didnt see her eat today, and dont recall seeing her take anything the day before. i had found that she had a little bit taken out of her tail, but didnt take too much consideration into it, as it does happen, but ive kept an eye on her. today, i decided to look much further into it, and get a closer look at her, and found that she looks like she might have something going on other than just a loss of apetite, and a small fin problem. i found that one of her fins on the side may have a small spit, and her rear tail is a bit more ragged. for safety, i moved her to QT at the moment.
i noticed the rear fin has some faint white spots, so in case it was ich, i started treating with the API super ick cure. its all i have at the moment, so i at least started dosing that in case there is ich. im leaning more towards some other bacterial disease, but i dont know. any thoughts, and treatments would be appreciated!

my eyes arent the greatest, looking up close, she looks quite discolored. the left side of her (the pic below) looks like there is redness a bit past her gils, and some whiteness around the color transition. breathing does not seem to be heavy. the last picture kind of shows the spts that i am seeing in the tail. with the little bits of substrate on the bottom, it can be hard to differentiate what is what, but if you look at the tail, you can see that whatever the spots are, are actually on the tail. 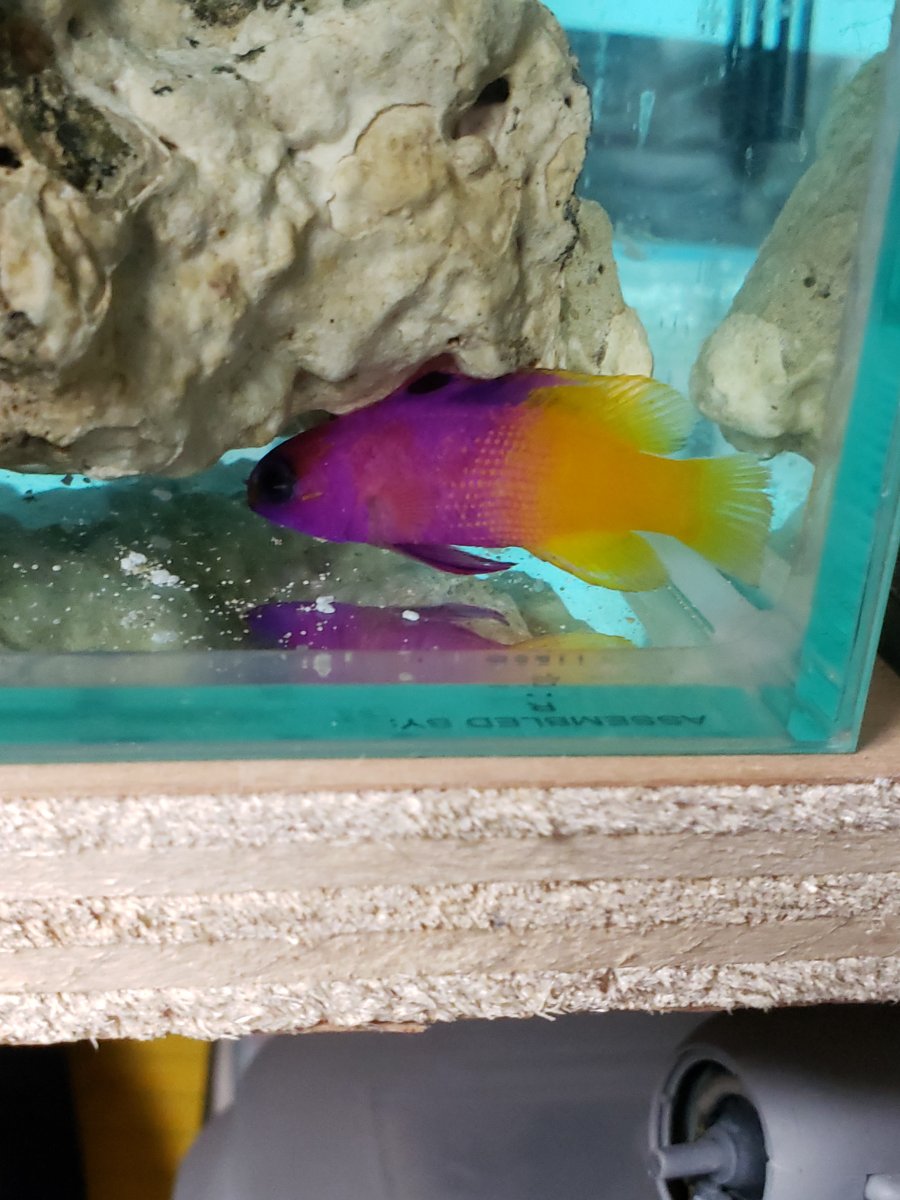 the aquarium seems to have a little gunk on it, but i seem to be able to see white spots on her rear fin. 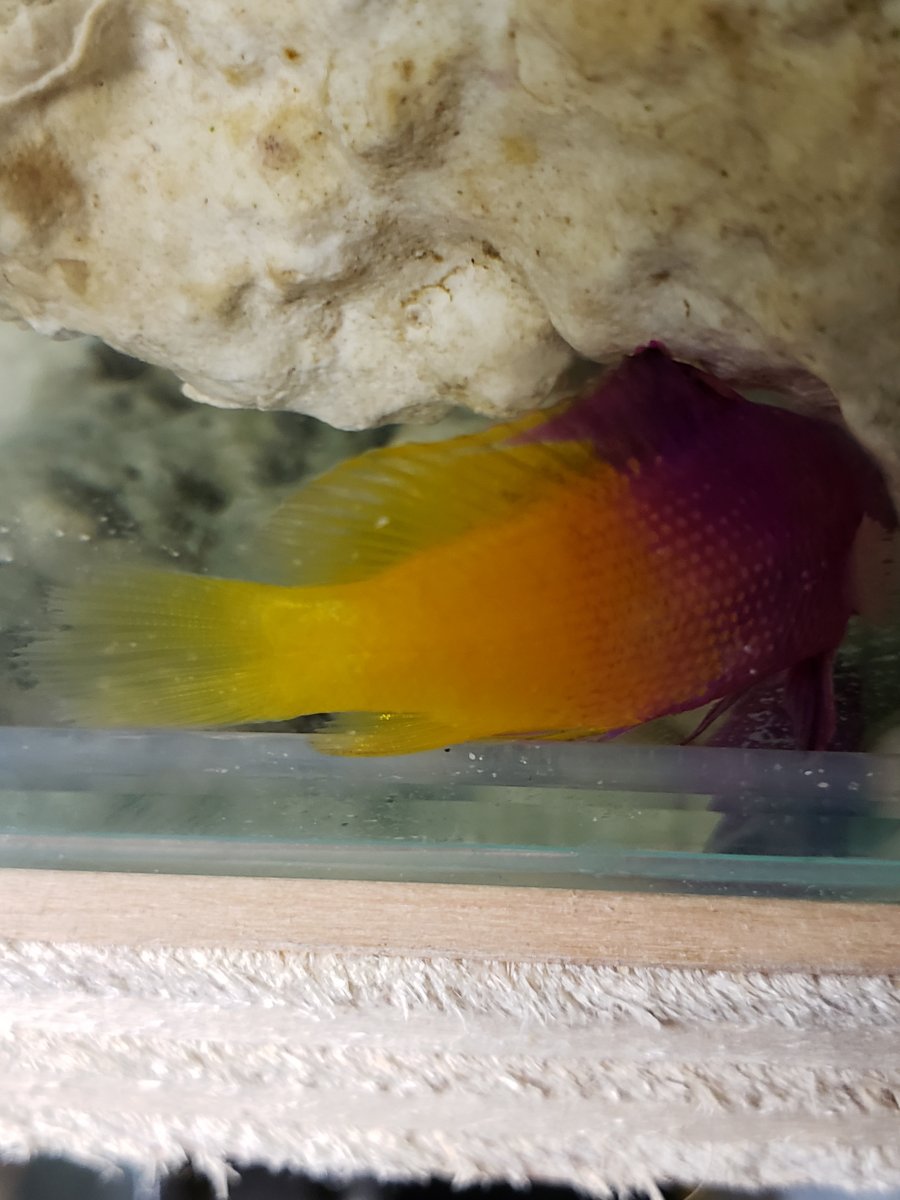 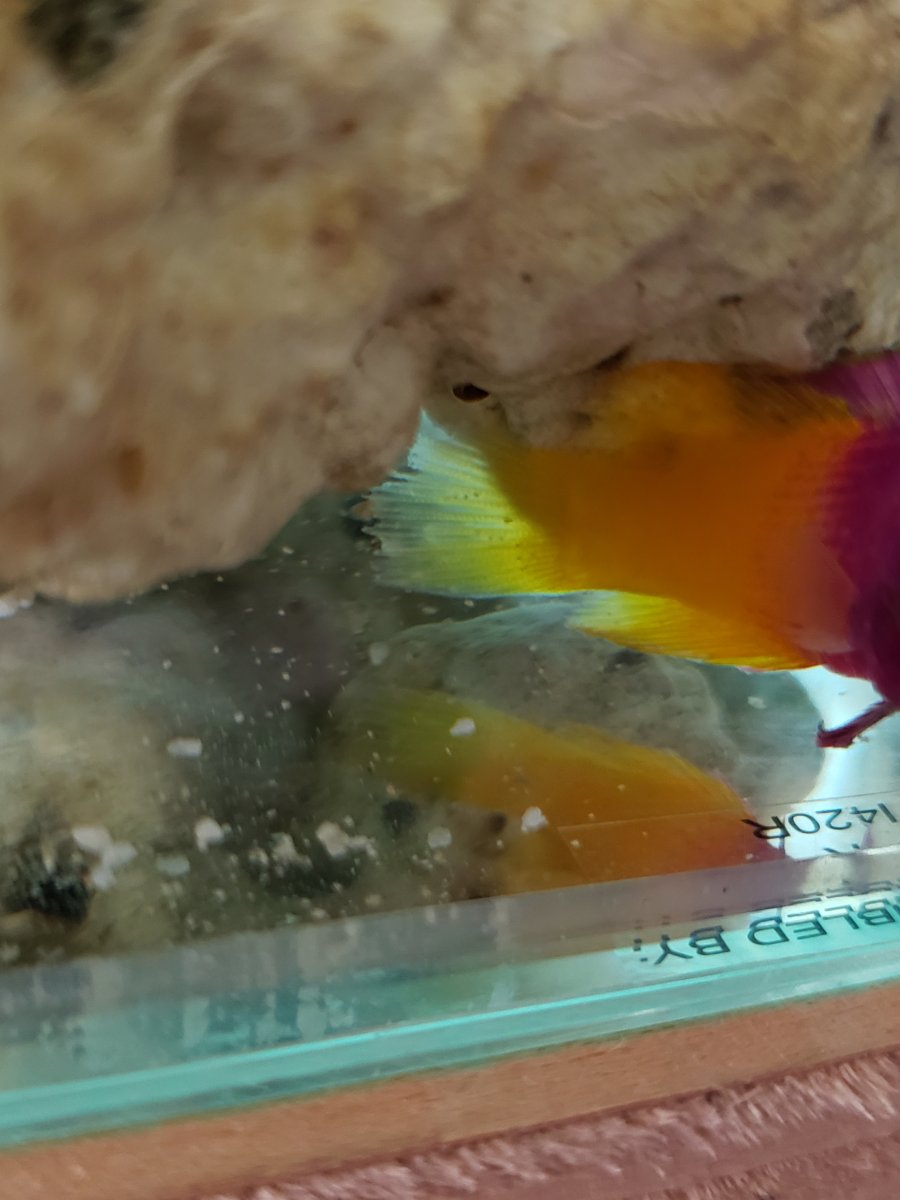 What other fish were in with the gramma? That looks like damage from aggression. The white spot seems a bit too large to be ich, but it bears watching.
Jay
OP
M

Jay Hemdal said:
What other fish were in with the gramma? That looks like damage from aggression. The white spot seems a bit too large to be ich, but it bears watching.
Jay
Click to expand...

2 clowns, which stay at the opposite side, a tail spot blenny which also stays at the other side, a bi color blenny, bi color angel, and a diamond goby. through they day, she stays in her hole until feeding time, so there really hasnt been any opportunity for aggression anywhere, and i know this because the tank is next to me through the whole day. is it possible? sure, but i would likely know about it if there were.

the discoloration is the part that worries me the most. and just doesnt look normal, even if there were damage from aggression

Well, fish can be pretty sly and while you are watching them, they are behaving well. If it isn't aggression, then it was another physical trauma maybe the gramma is feeling threatened and is backing itself into a corner, rubbing its tail - jawfish often do that.

There may well be secondary bacterial infection going on, to treat that, you would need to move the fish to a treatment tank and dose with a gram negative, broad spectrum antibiotic (Neoplex, Furan-2, or Maracyn 2).

White spot or not?

P
is that red sores or bacterial infection on Queen angel?