I have confirmation, from multiple sources, that there is going to be a significant price adjustment on the G4 Radion Pros upon the G5 Pro/Blue release. I have no idea what constitutes significant though.

Normally I would love to see a price drop, but as someone who JUST purchased 4 brand new Radion G4 Pros that I didn't even open yet, it really ****** me off! EcoTech and their retailers are still selling the G4 Pros at FULL price, with full knowledge of an upcoming price reduction and next generation release. To me, that is a horrible business practice on both EcoTech's part, and the retailers that received advanced notice (all of them). If nothing else, EcoTech should have provided discounts well in advance of a new release, and when the retailers were notified of the upcoming generation and price adjustment, they should have made the current inventory unavailable, but everyone is trying to suck out that extra buck!

Although I am already in possession of my brand new "old" G4 Pros, I contacted several online and local retailers inquiring to purchase more. Thankfully, about half of them straight up told me not to make a purchase due to the pending price adjustment of the G4, and release of the G5. The other half I will never purchase from again.

I thought to myself, I've spent over $10k on Ecotech equipment over the years, and heard great things about their customer service, surely they could provide some type of resolution. I explained to EcoTech that I just purchased and received 4 brand new Radion G4 Pros with diffusers (still waiting on the RMS mounts to arrive), and that I have not even opened the boxes yet, is there anything they can do as I know there is a price adjustment coming in 3 days, along with the release of the next generation. I explained that I would have never purchased the G4 if I knew the G5 was going to be released, and certainly not if a price adjustment was coming. I offered to return my G4s to Ecotech and pay a reasonable upgrade fee to go with the G5. Ecotech basically told me to get lost.

This was there response:
Thank you for contacting EcoTech Marine. Although we don't have any information on a Generation 5 Radion. If there were to be a new version released, the lights you currently have would still be fully supported and would function the same just as when they were initially released. Even as new model Radions are released through the years, the prior model lights wouldn't become outdated as they would still have their warranty. Many users are still using the Gen 1, 2, and 3 Radions successfully on their tank, and we continue to support those model lights as well. Please let me know if there is anything additional I could assist you with, thank you

What a lame response! And are they really supporting Gens 1-3, or are they just going with the upgrade model, where something breaks and they only offer a paid upgrade for a supported generation. Honestly, I'm so ****** at EcoTech right now, that I am really considering selling off all my EcoTech equipment and never purchasing any of their products again. I already have my G4s listed in the classifieds.

I mean it happens with alot of hardware launches just look at PC parts. It does suck, but the company realistically will not tell everyone to wait x amount of months for a sale to happen. Try and return them if you can. 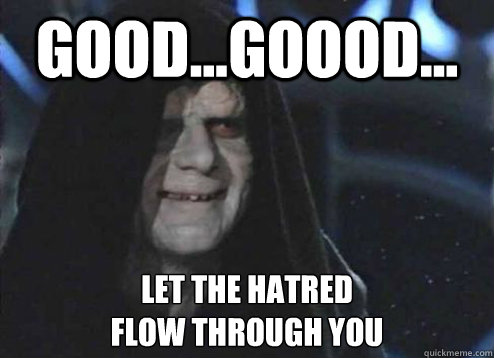 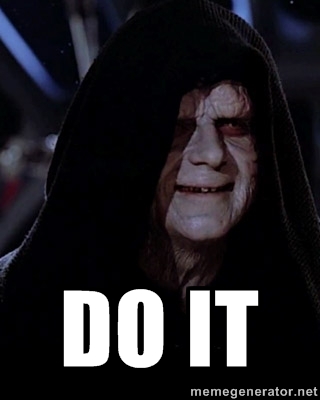 just trying to light up the mood

Houstoner said:
I mean it happens with alot of hardware launches just look at PC parts.
Click to expand...

Yeah, I understand it happens with PC parts and technology in general, but even Apple would allow a 30-day return period. Unfortunately, Apple caught me by surprise on a MacBook Pro launch, but they had no problem returning an opened box. Ecotech and the retailer that I purchased it from, nothing.

Return them to the retailer.

Why can't you return them if you literally just purchased them? Who did you order from?
R

mstgkillr said:
Yeah, I understand it happens with PC parts and technology in general, but even Apple would allow a 30-day return period. Unfortunately, Apple caught me by surprise on a MacBook Pro launch, but they had no problem returning an opened box. Ecotech and the retailer that I purchased it from, nothing.
Click to expand...

A new product launch should not effect the retailers return policy. They should accept a return at the price you paid.

Id be upset too but honestly they probably wont drop the price all that much...

what is retailers return policy on new unopened goods?

I don't see what they did wrong?? I agree with everyone else, return it and buy the discounted ones!

SERIOUSLY!!! What are they supposed to do, STOP SELLING THE G4 because the G5 is coming out EVENTUALLY!!!
OP
M

Unfortunately, my retailer (LFS) is not accepting the return. And I paid in cash too!

Billldg said:
SERIOUSLY!!! Ecotech can win for losing. What are they supposed to do, STOP SELLING THE G4 because the G5 is coming out EVENTUALLY!!!
Click to expand...

I hear you but it's a little different if your the guy who just spent $3200 on the lights. I think you would also be upset.

I think he’s just frustrated by the lack of consumer loyalty or lack of manufacturer transparency.

Maybe if ecotech has news of this light release with more advance it would be helpful. Seems like it’s purposely a last minute thing even telling retailers they can’t release any info in regards to new light. What’s the point of that? Why even give the retailers the info then?

Seems as if they wanted to Clear out all the existing G4 before the 5 release.

Not our fault they can’t keep Up with the technology or other LED manufacturer releases.

You know months I’m advance prior to I phone releases, and they buy back you old one

The aquarium hobby is so messed up
Now, I’ve been reefing for a long time, it used to be fun.

Retailers valued their customers, they wanted you to be satisfied.

Based on your statement of "just purchased and received them", if you paid for them via credit card, file a complaint with the CC company telling them you want to return the unopened lights and the retailer refuses a refund.

robbyg said:
I hear you but it's a little different if your the guy who just spent $3200 on the lights. I think you would also be upset.
Click to expand...

I understand, I DO, but they can't stop selling it because the have a future product coming out. If I was in the position of someone buying the G4 I may feel different, but I would also realize that I knew that the possibility of the G5 could happen as too many people were speculating about it. Either way there are always people who are on the short end of the stick when a new product or updated product is released.

Unless it’s some hack Selling out of his basement