Tft12 said:
Simon, amazing display! Thanks for documenting it!

What are the dimensions of your 450?
Click to expand...

Thx! It is 96" long, 36" front to back and 30" tall. Based on internal dimensions, holds 400 gallons of water before displacement by sand/rock/etc. Would have gone 120" long if I could, but the room wasn't cooperative. 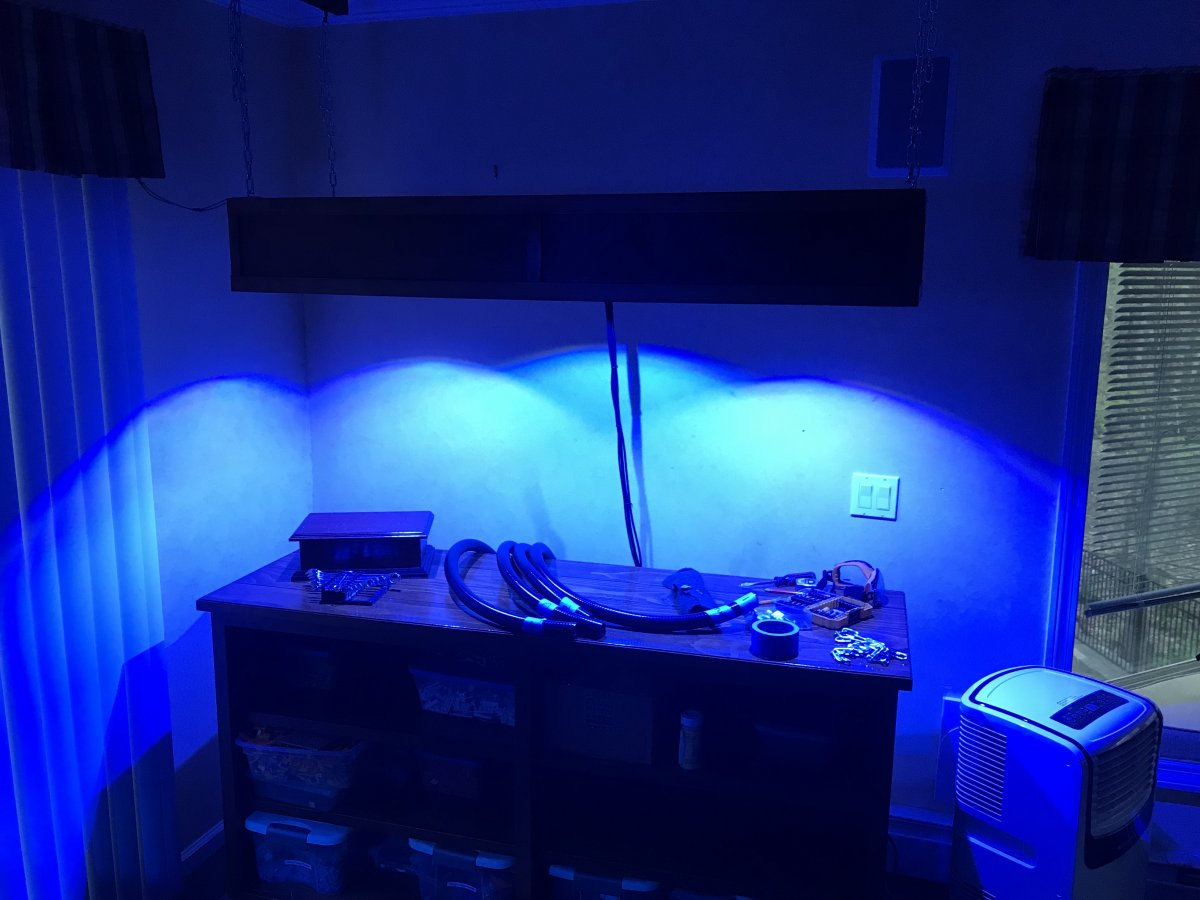 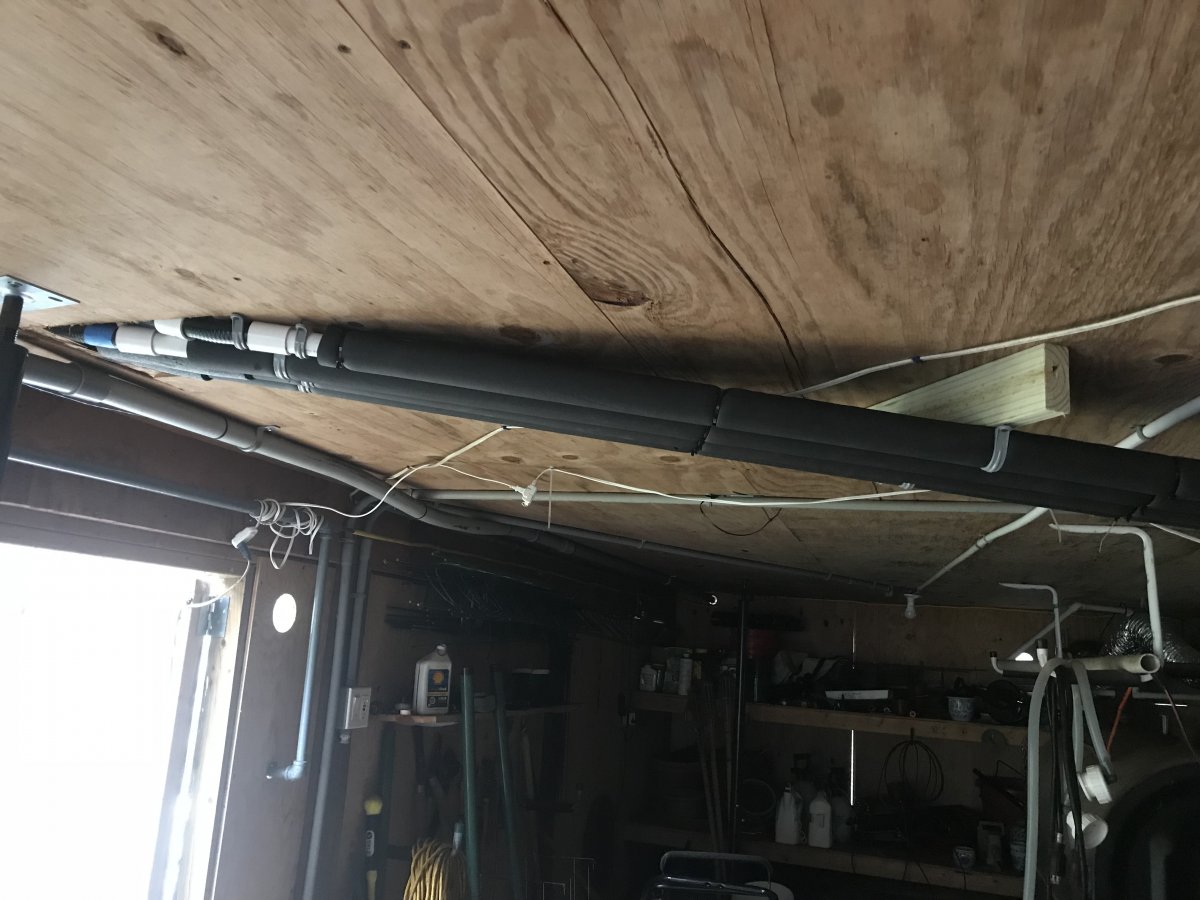 Awaiting delivery of a 110 add on tank .... though the tank builders making me nervous. Hope he’s not a flake. Built the hood, set up the lights and ran the plumbing. Few fish in the frag tank in desperate need of more space and some done with QT. All dressed up with nowhere to go LOL.
Last edited: Apr 24, 2021
OP

Drain and return lines are underneath the floor in an area open to the elements. Was initially worried about how to prevent any freeze ups, but after some further thought, probably not an issue. Even if the system were to fail during the Winter, all lines will purge anyhow so no standing water to freeze. I have a whole house genny, so powers not out for more than a few seconds, and I’m using a decades reliable PanWorld pump ..... have never had one fail on me.
OP 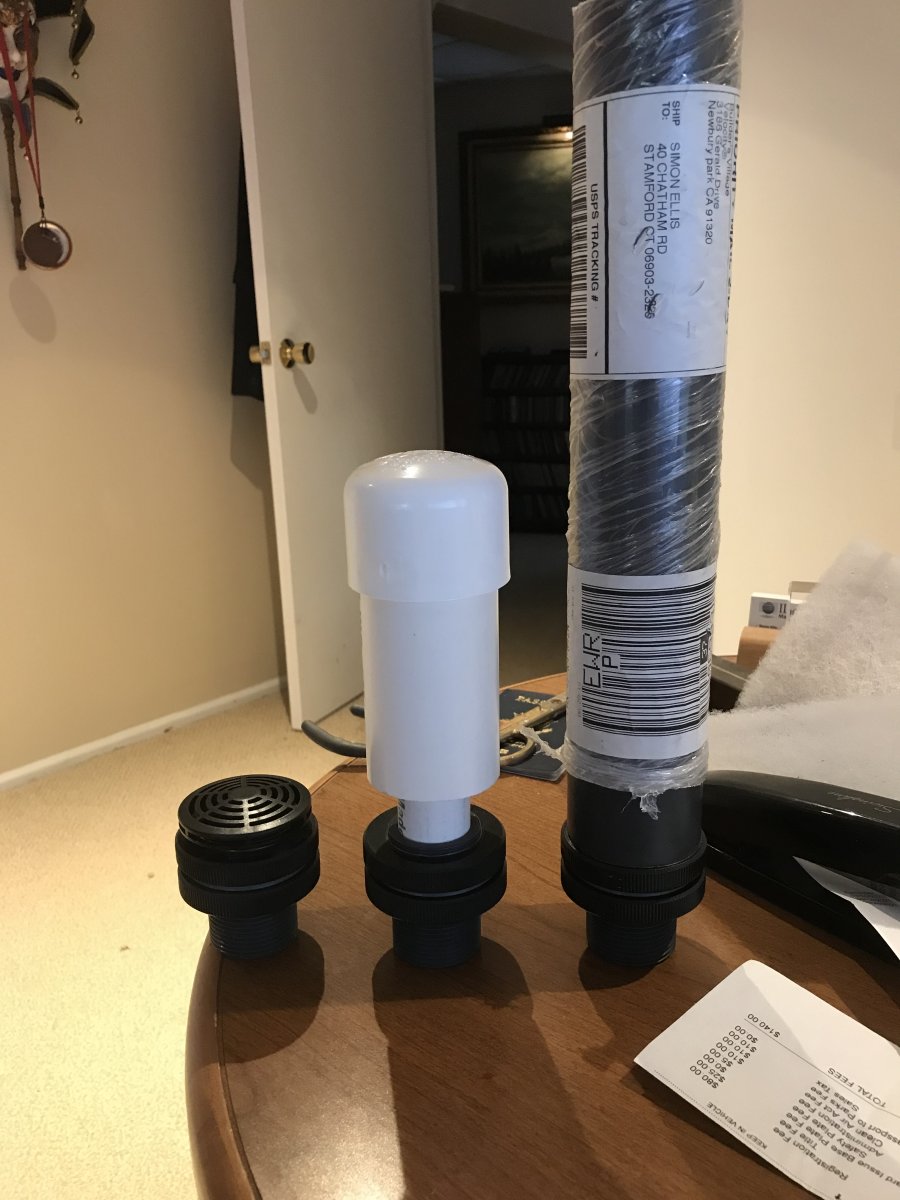 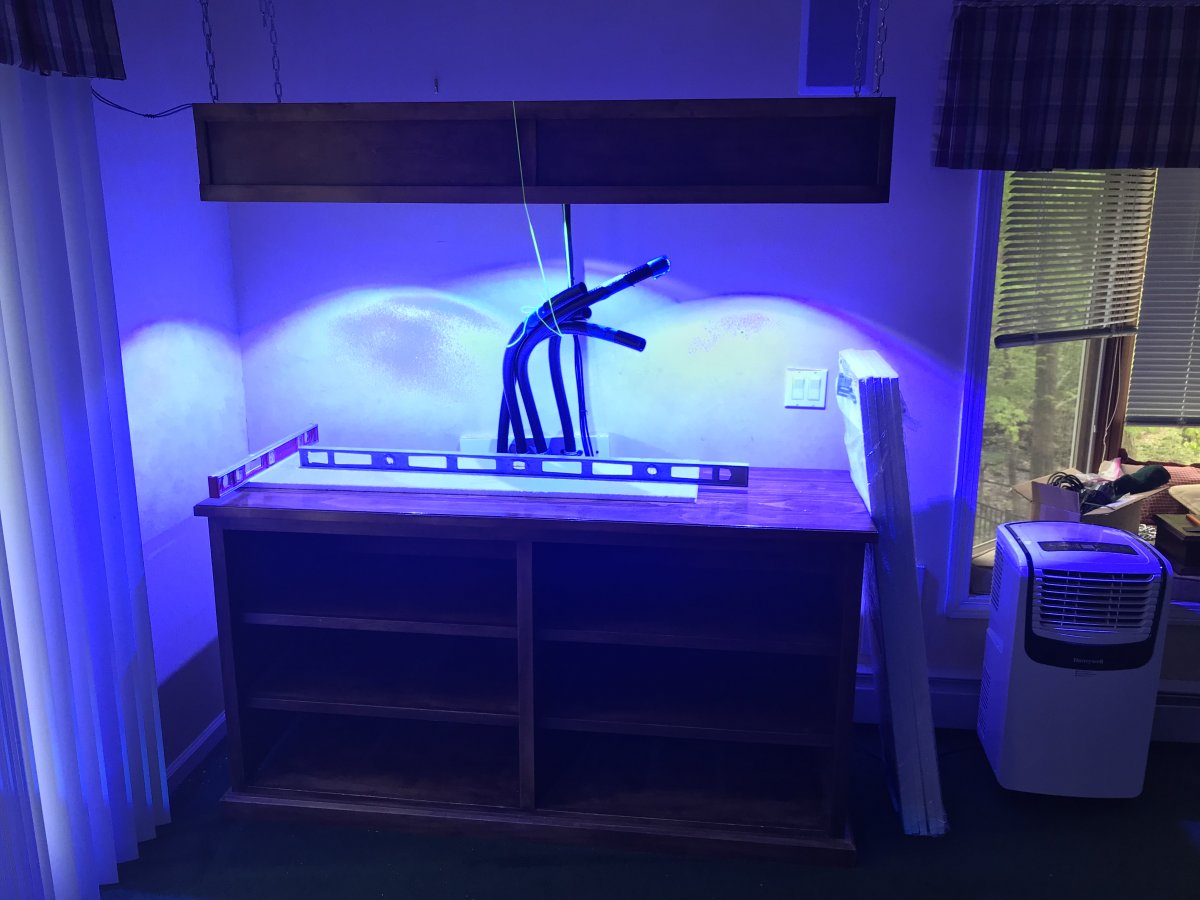 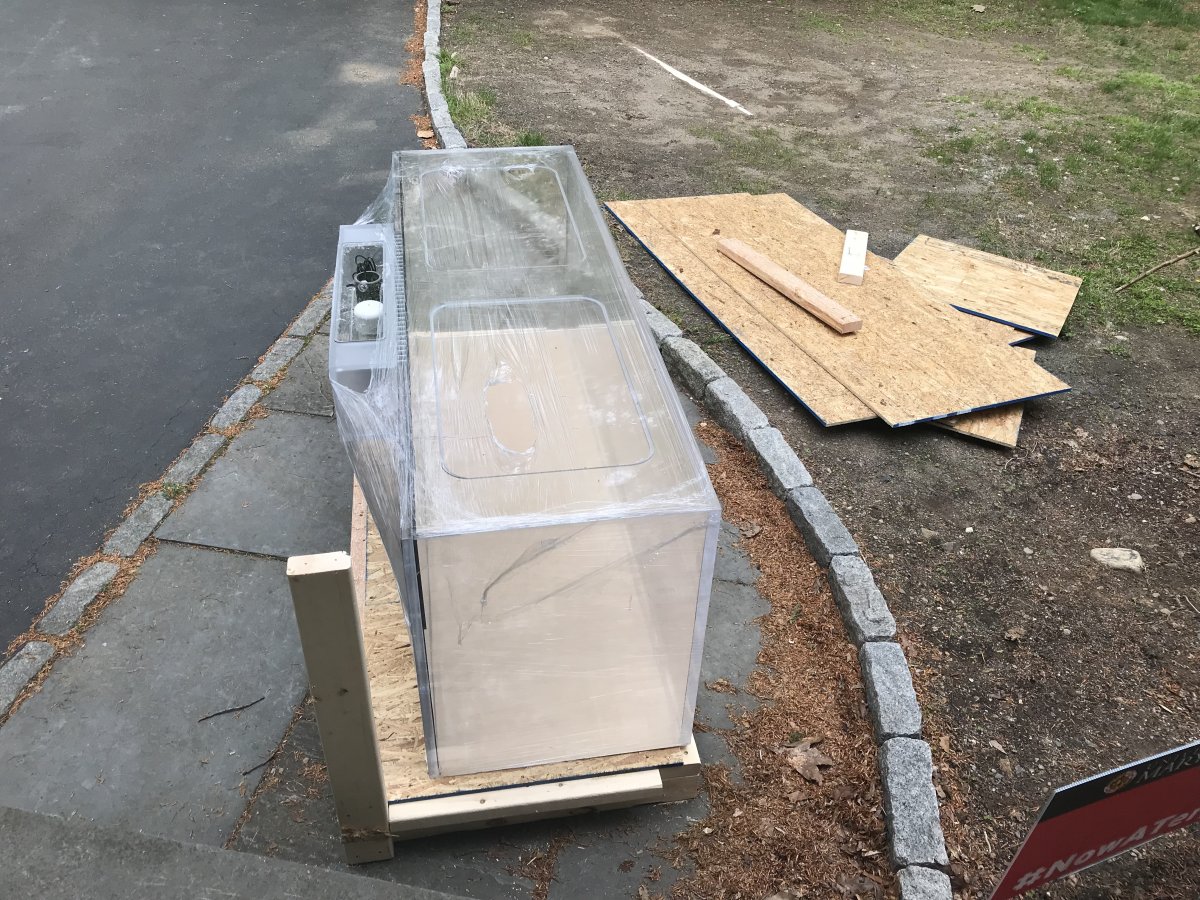 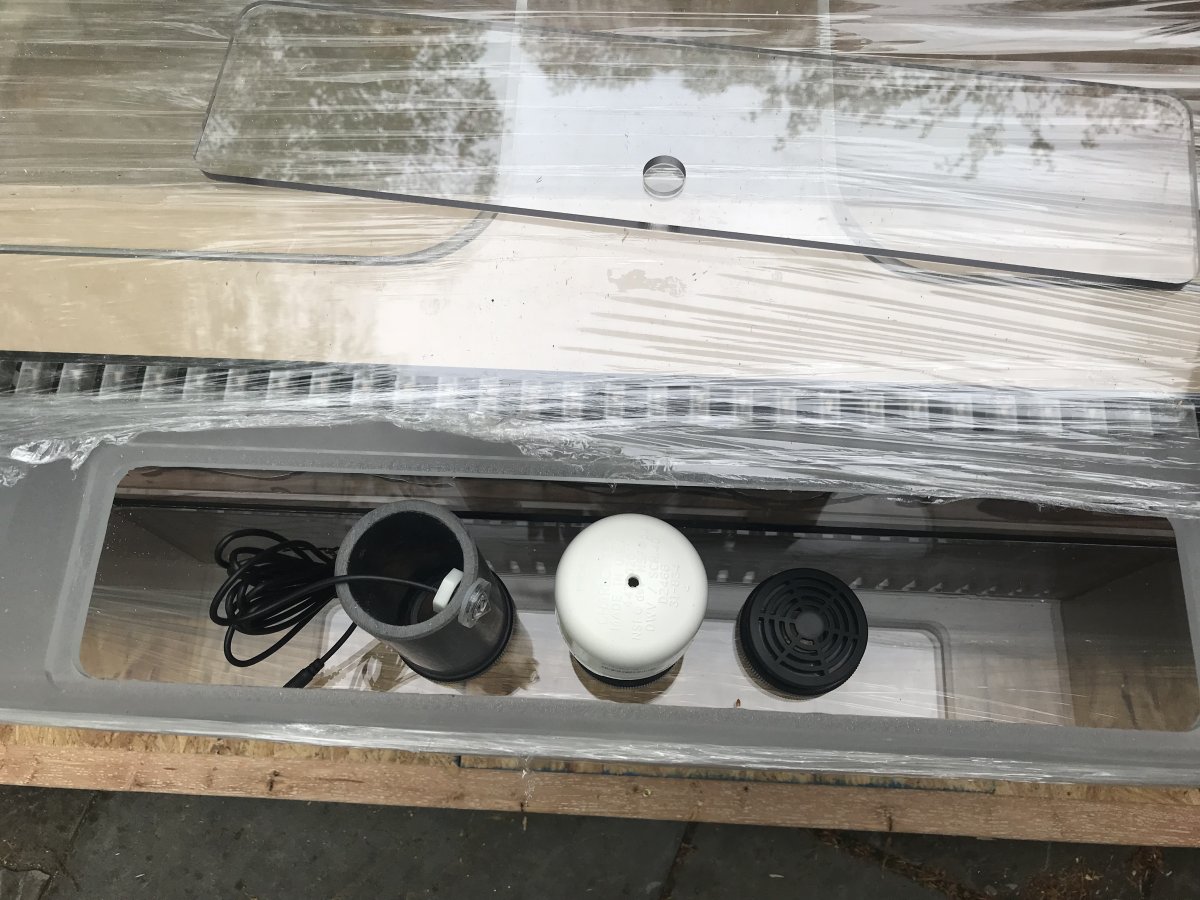 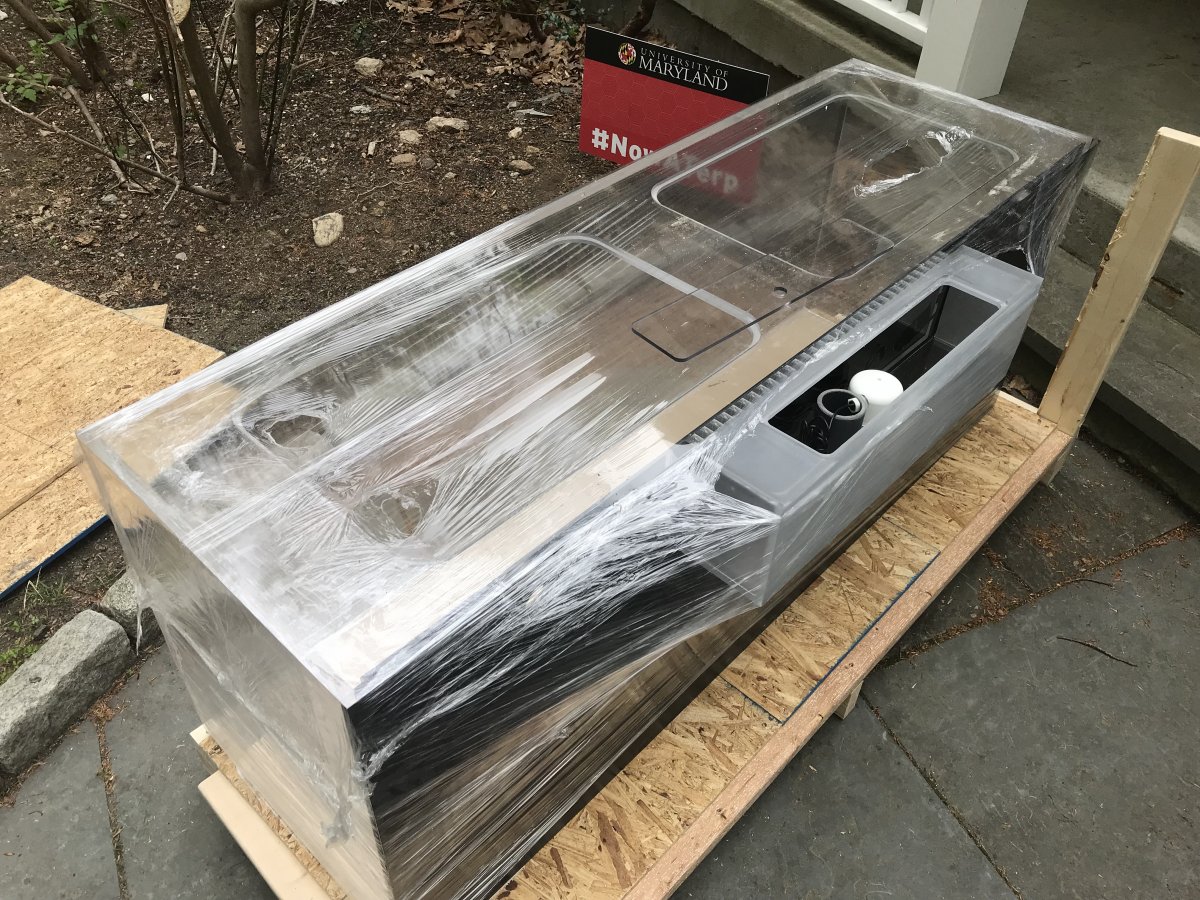 Went with a different builder this time because, well mostly just because. This tank has the weir slots cut directly into the back panel. Seems like a good way to go. Cannot see any disadvantages, but I guess I shall find out once the tank is filled.

Stand wasn’t built as a fish tank stand, but I made it myself and am a charter member of overbuilders anonymous, so a few extra struts here and there ought to suffice (famous last words ). Mostly it’s a 3/4” plywood box - better than many commercial stands. Plus the tank is only 110 gallons. Teeny little thing.
OP 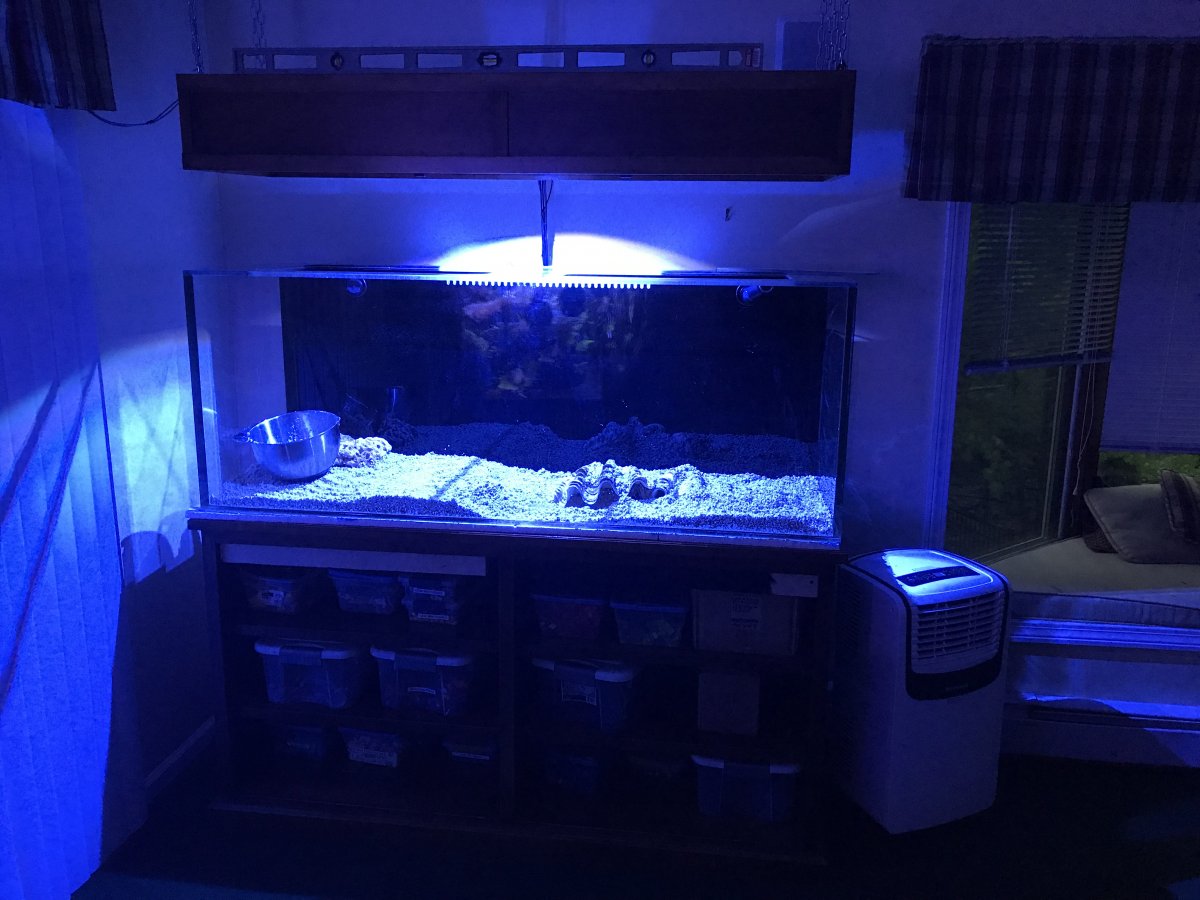 Indeed! I’m going with an extremely minimalist aquascape this time. Grown tired of crowded/choked tanks. More than in the above picture .... but not a lot more. Also going to prioritize softies and zoas, so no angels. Fish I already have that are ticketed for this tank include a long nose black tang, Achilles tang, small convict tang, a trio of female lyretail anthias, a pair of clowns and a male moyers wrasse.
OP 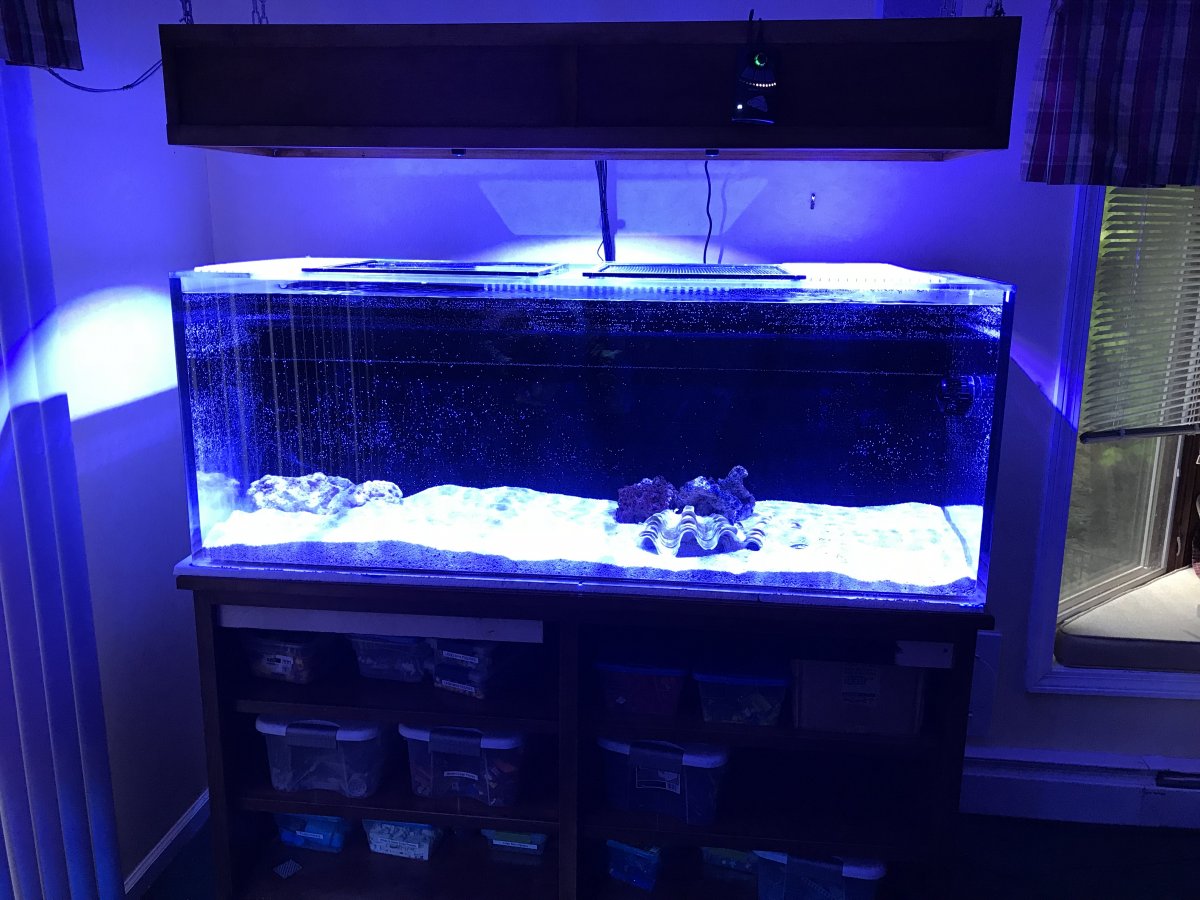 It's only been a couple of days, but I think I will never again buy a tank that doesn't have an integrated C2C/semi C2C overflow. Awesome to not have the internal skim box and whisper quiet. Bell siphon as secondary works like a charm.
OP

Cleared out the frag tank and moved stuff up ..... 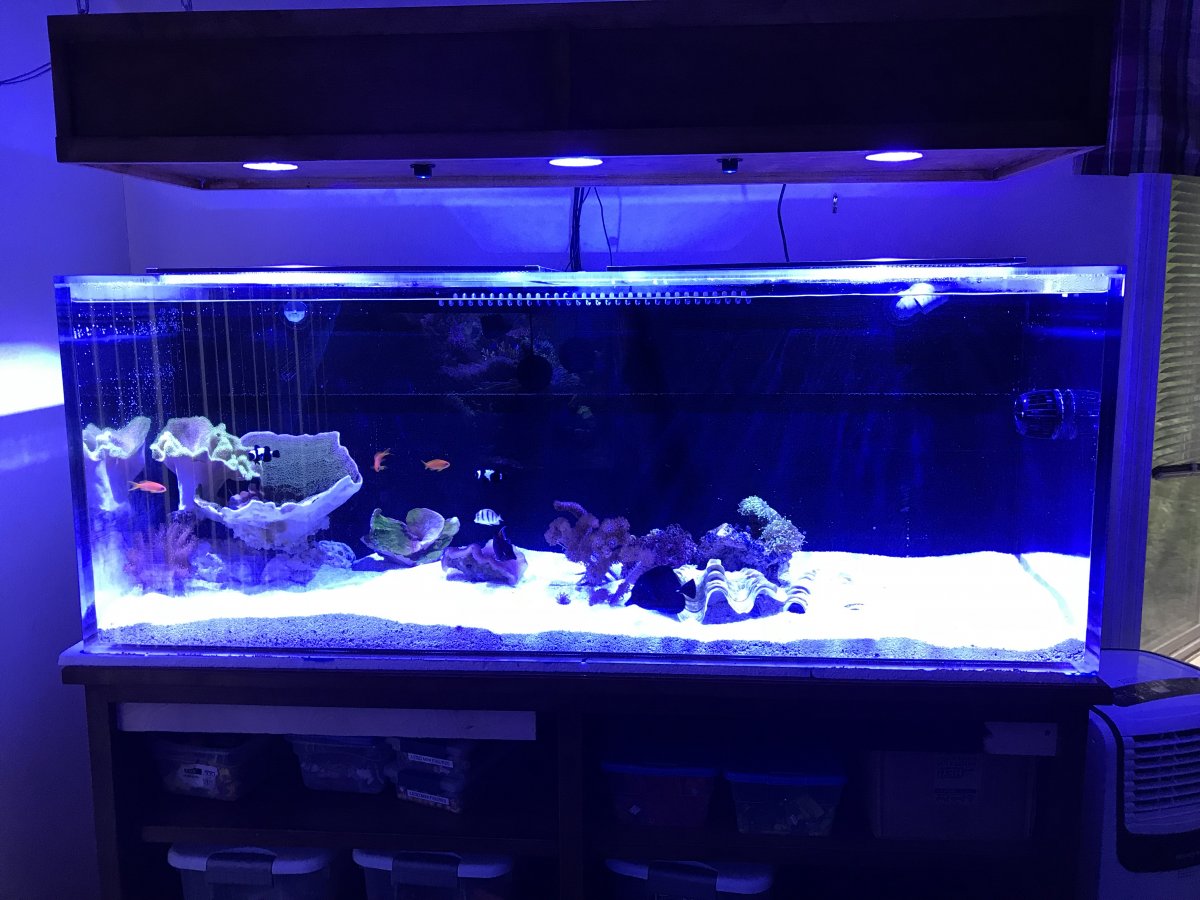 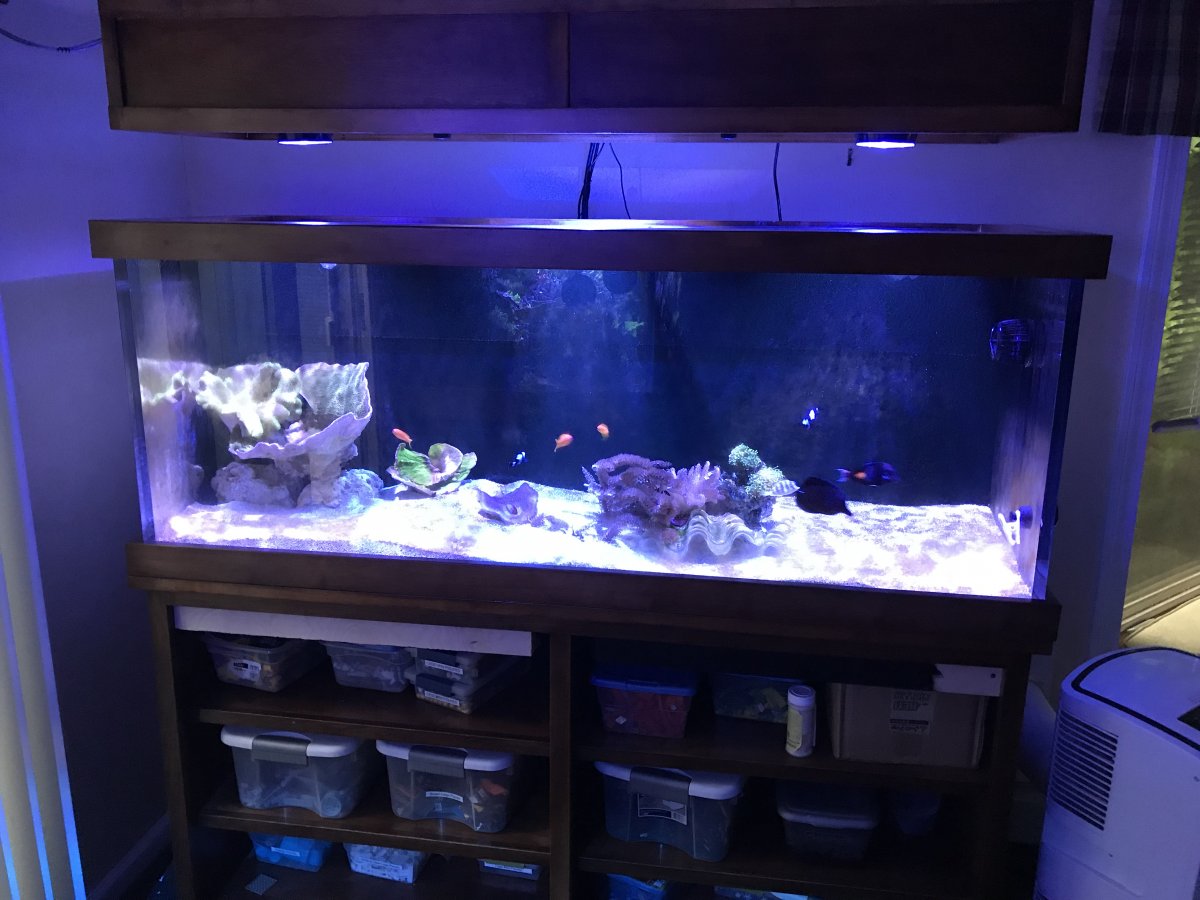 so we have a better view..

Help! Over run by Sea Lettuce