Some Anemones that have come through the store I work at. Thoughts?

Steve and his Animals

Like the title said. These nems have since sold but I was curious to know what they were. Camera didn't like the blue lights but the first one was a very fluorescent green while the second was a sort of banded tan color. I'm guessing they were carpet relatives but didn't have nearly as strong a sting as, say a Haddon's or other large species. 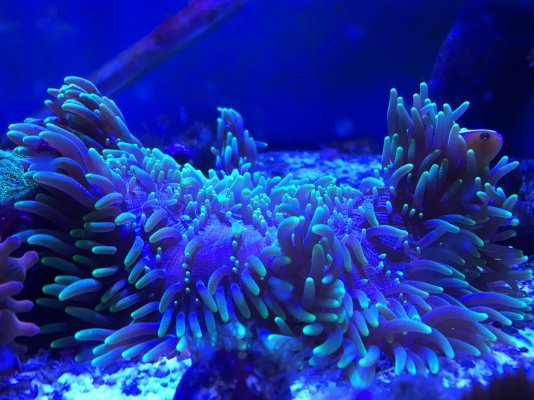 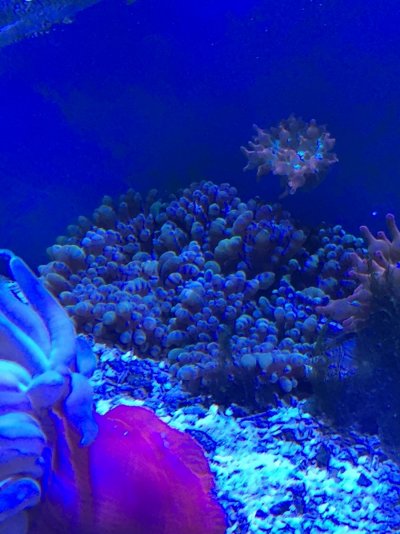 You might know this but the smaller anemones on the right of the bottom picture are RBTA.

Steve and his Animals

I considered it was maybe a long tentacle but the distribution/short length of the tentacles and the orientation of the disc told me otherwise. The tentacles were only about an inch and half at their longest, looked more like a carpet relative to me.

The one you called a bubble tip I don't really see it since it showed neither bubbles nor the longer/thin tentacles I typically see them exhibiting. They were very stout and basically tan; there's a rose bubble right next to it for comparison. There's condylactis in that tank, and it very clearly was not one of those.

Can I have anemones in a peaceful tank?

I need some general advice and thoughts.