A Bit of History First
I'll keep it brief. I had a fish-only tank back in the mid nineties and man, have things changed. That tank lasted until the late nineties until a move from Virginia to New Jersey killed off the whole thing. Looking back, I should have taken that as a warning.

In February, my buddy asked me if I wanted a "free aquarium" as I was forever prattling on about the SW tank I used to have. His nephew had a 38 gallon Aqueon straight out of PetSmart, complete with pirate ship and plastic plants. I decided I'd give reefing a whirl. So first mistake was not doing the leg work and starting at tank in 2020 with a 1995 mindset to tank technology. I learned a few lessons like, don't buy cheap lights, that crushed coral really isn't a good substrate, wet-dry filters are from the stone age - I could go on. I overcame the obstacles and have a baby reef that is quite literally just starting to grow.

What's Coming
I quite literally just ordered a WaterBox FRAG 104.5: 48" W x 24" D x 16" H. I'm going to use the fish, corals, rock, lighting, and water from my existing setup along with the following:
I'll post images of the build when it gets rolling. In the meantime, here's my immature 40 gallon mixed reef - Aqueon style. 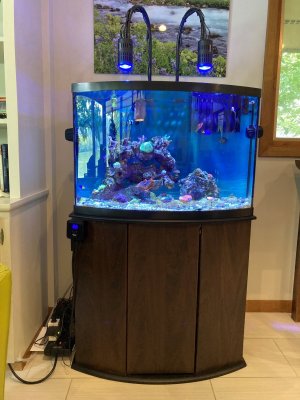 You got the right spot for your build. You can paste a link in you account details section for a build badge to let everyone know you have a build going on. Waterbox sounds like a good choice. Update us when it arrives
OP

Here are some images of the equipment for my upcoming build. I’m going to utilize the two Vortech MP10s that are on my current tank. I figured that I would place two MP10s on one side and an MP 40 on the other. I’ve already spent a ton and wanted to reuse what I could.
So what’s in the pile?
Still to come, 100 lbs of Caribsea Fiji pink sand. Oh, the actual aquarium and stand as well.
I’m excited! 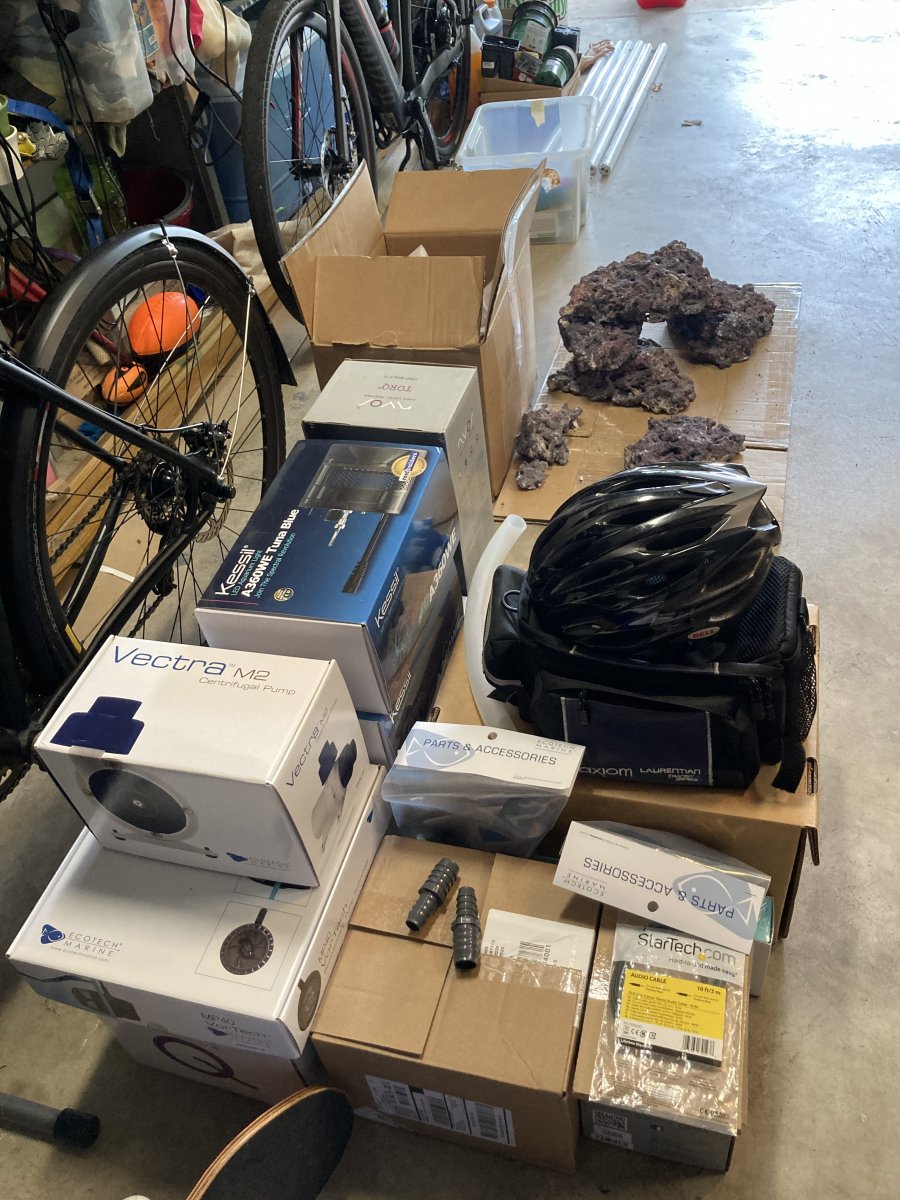 Well, no pictures to post, but the 100 lbs of Caribsea Fiji pink sand arrived today. I've also decided to buy an Ecotech Marine battery backup system and will connect it to my Vecra return pump as opposed to a Vortech powerhead. Also, I've been waffling on an Apex, but I've spent so much already, it may be foolish not to. Feeling the pain of a massive Visa bill at the moment and the cheapness is tugging at me. Unwise I think, particularly in this hobby. I'm trying to balance justifiable spending vs just spending.
OP

You got the right spot for your build. You can paste a link in you account details section for a build badge to let everyone know you have a build going on. Waterbox sounds like a good choice. Update us when it arrives
Click to expand...

Thanks for the heads up on the account details so that I can mark a build thread - done. Also don't want to be creepy, but followed you.

I'm getting closer. I took delivery of my Waterbox FRAG 105.4 yesterday. I'm going to start assembling the cabinet this weekend. Part of that will include a control board assembly in the dry side of the cabinet to (try and) keep everything neat and tidy. Unfortunately, it's going to be mid-October before I transfer aquariums. I'm moving the water, rock, and livestock from my existing 40 gallon to the new tank. We have a family vacation coming earlier next month and I want to wait until we get back before taking on this project. Bad things may happen if I swap everything over then disappear to the Keys for 10 days.

Still, getting EXCITED. Obviously getting the tank in is a significant milestone. 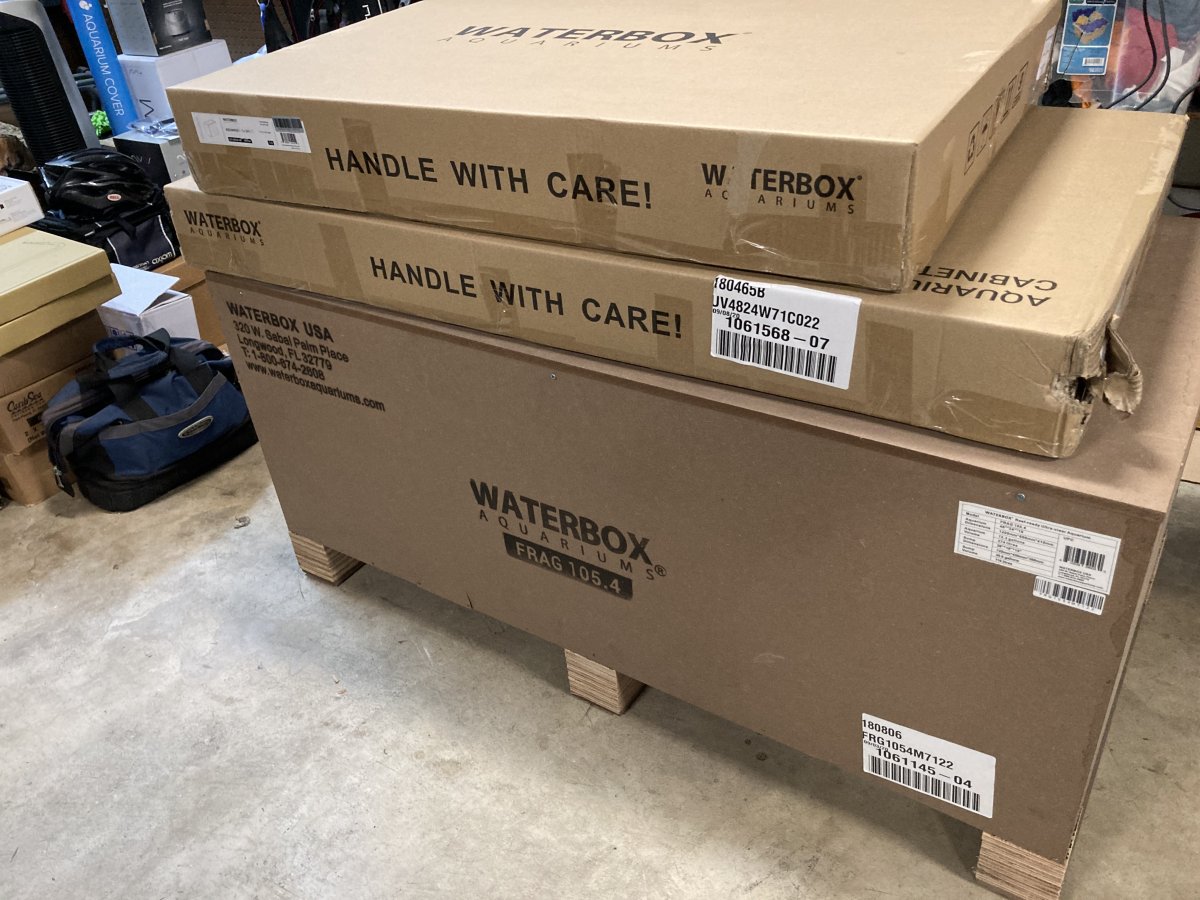 looking good; keep us up to date

Nice! Congrats on the @Waterbox Aquariums tank! We got ours earlier this year and absolutely love it. Love the company too. They've been nothing but great.
OP

esther said:
Nice! Congrats on the @Waterbox Aquariums tank! We got ours earlier this year and absolutely love it. Love the company too. They've been nothing but great.
Click to expand...

What model and size did you get?

bigjgmac said:
What model and size did you get?
Click to expand...

I have started assembly of my new waterbox FRAG series. The tank, stand, and jump-guard are in place. The sump is in and plumbed, complete with reactor and skimmer. The return pump, lighting, battery backup, and one of the Vortech MP 40 pumps is in place. I am currently working on my control board and running wiring. I’ll get everything done that I can prior to moving day and will be utilizing two Vortech MP 10s all the live rock and Maxspect nano bio-media from the old tank. (Not to mention all the fish, corals, and water.)

Some images of the current state of the build are below 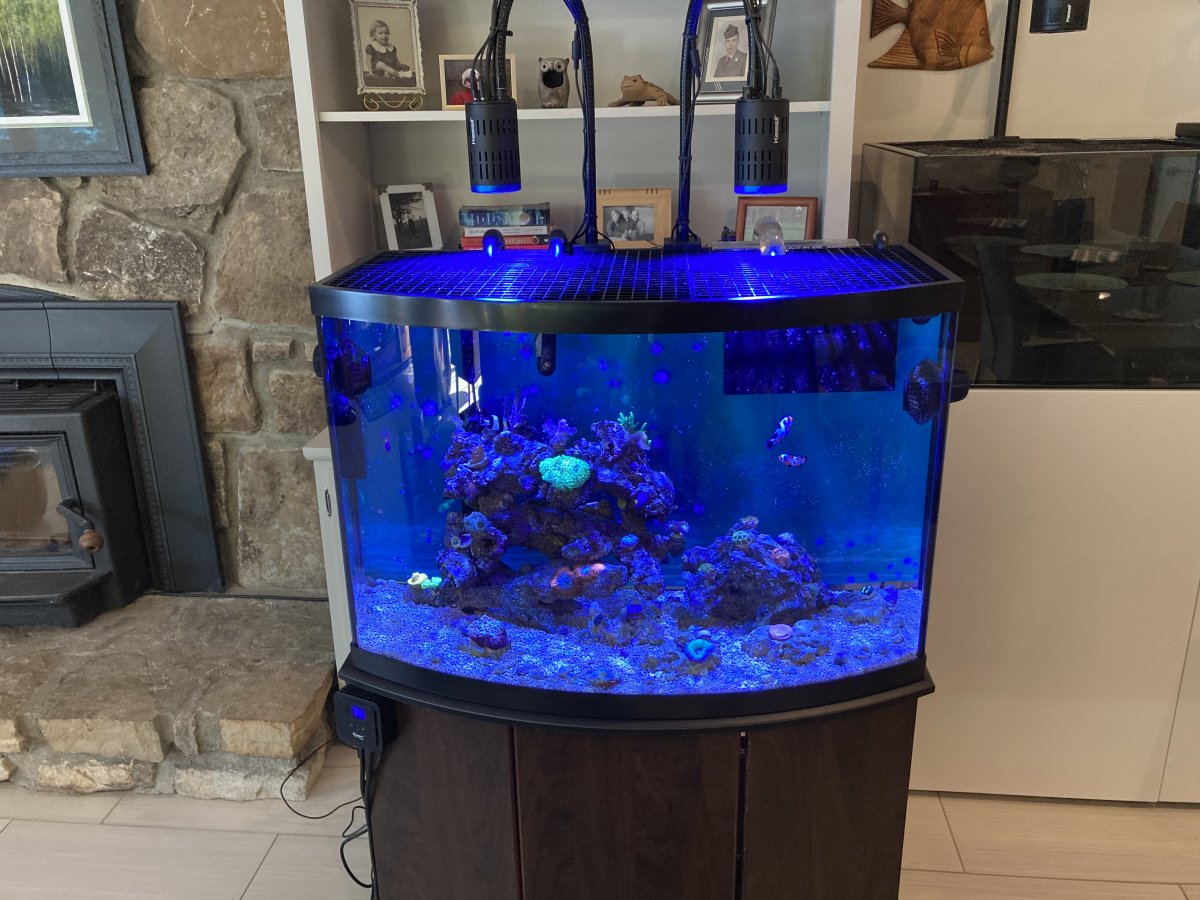 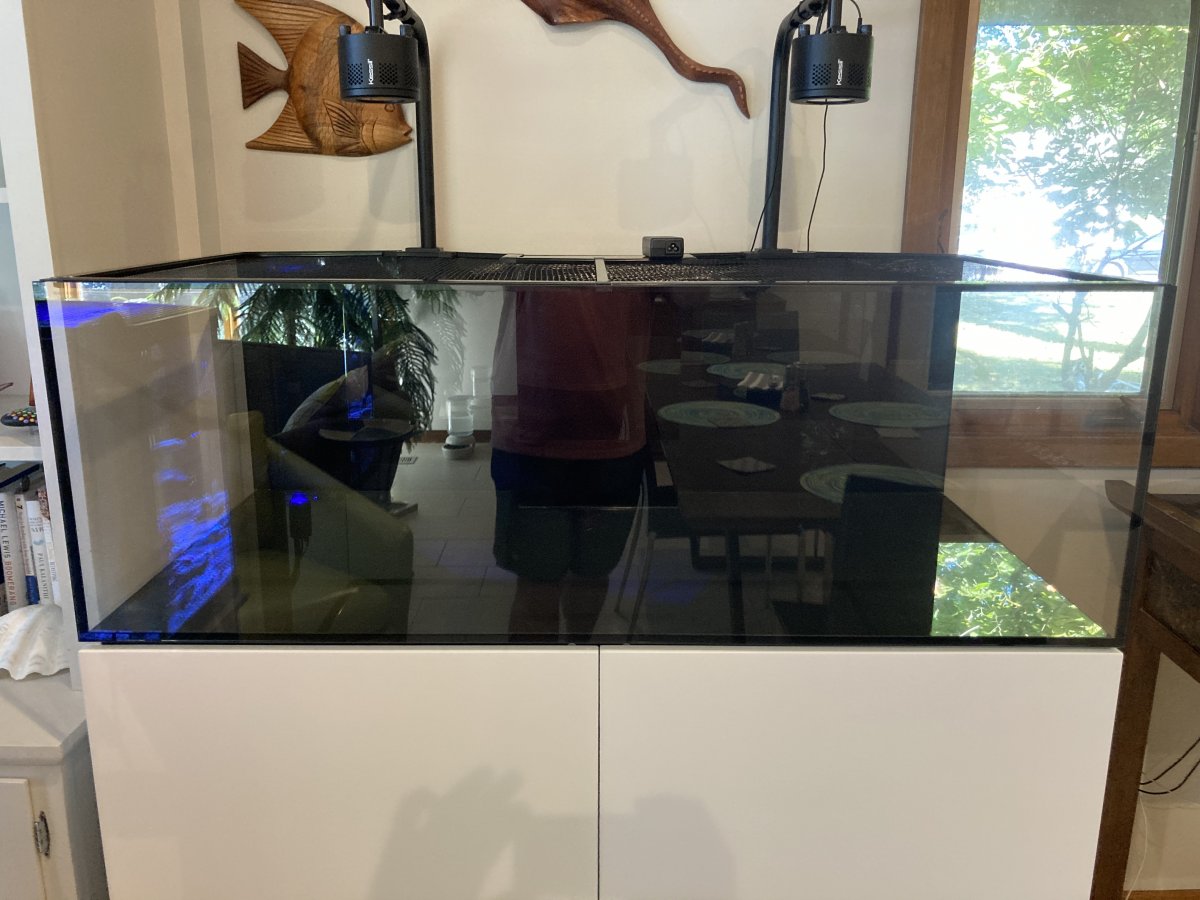 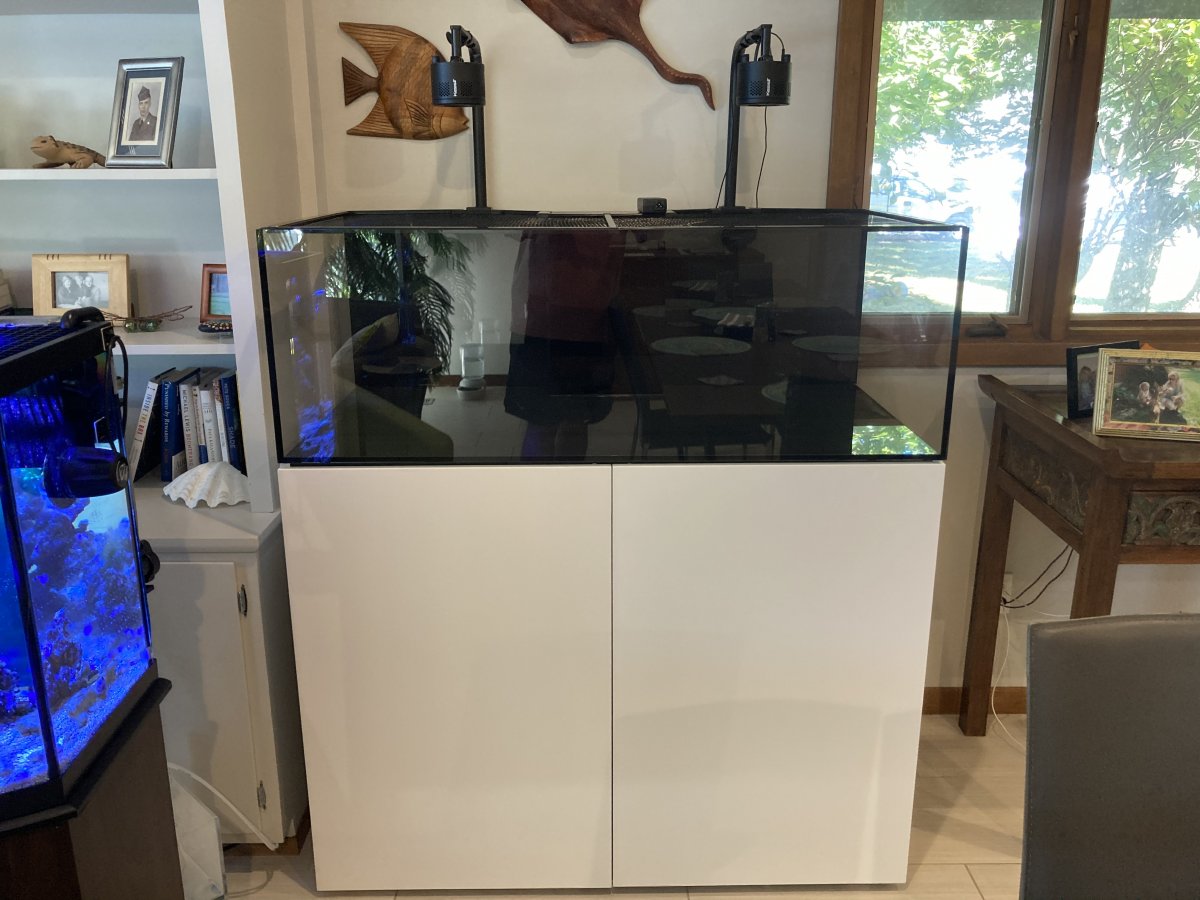 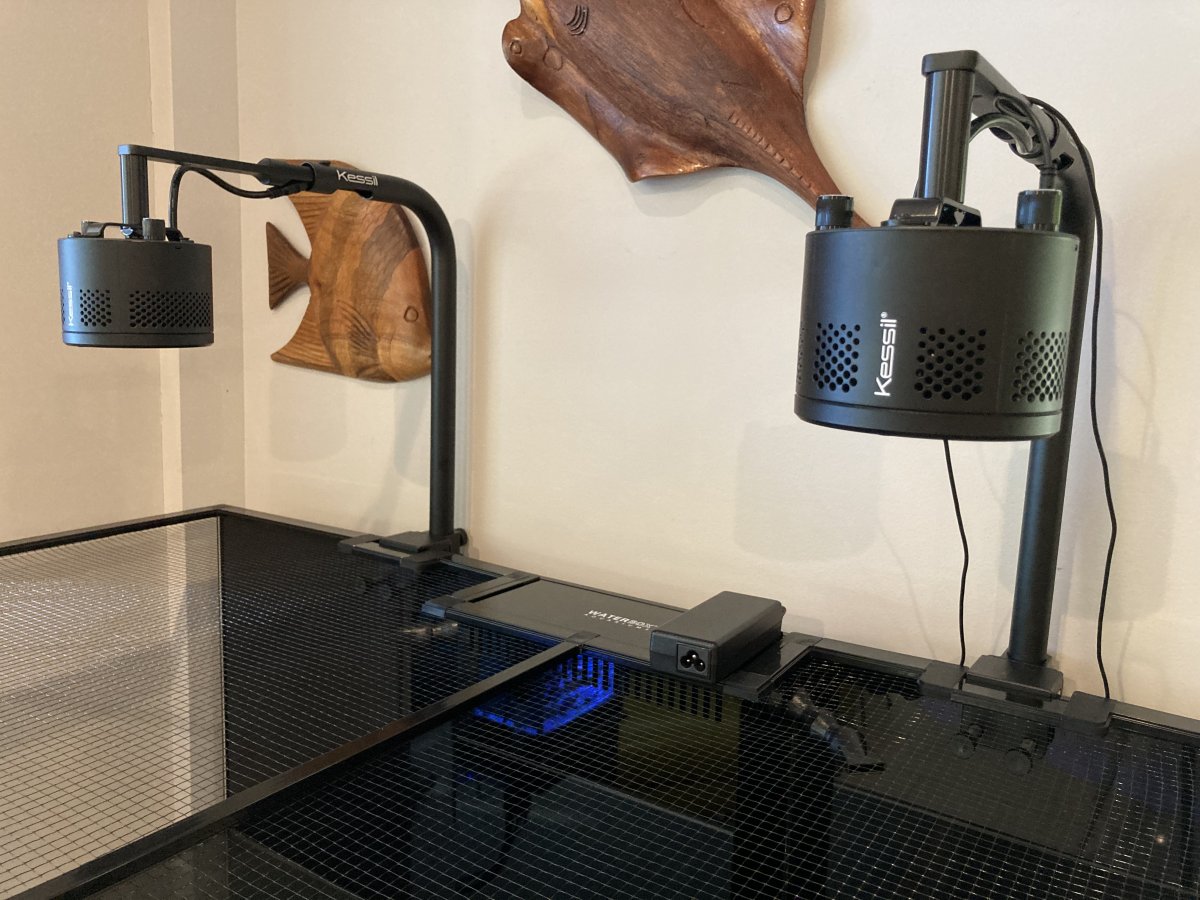 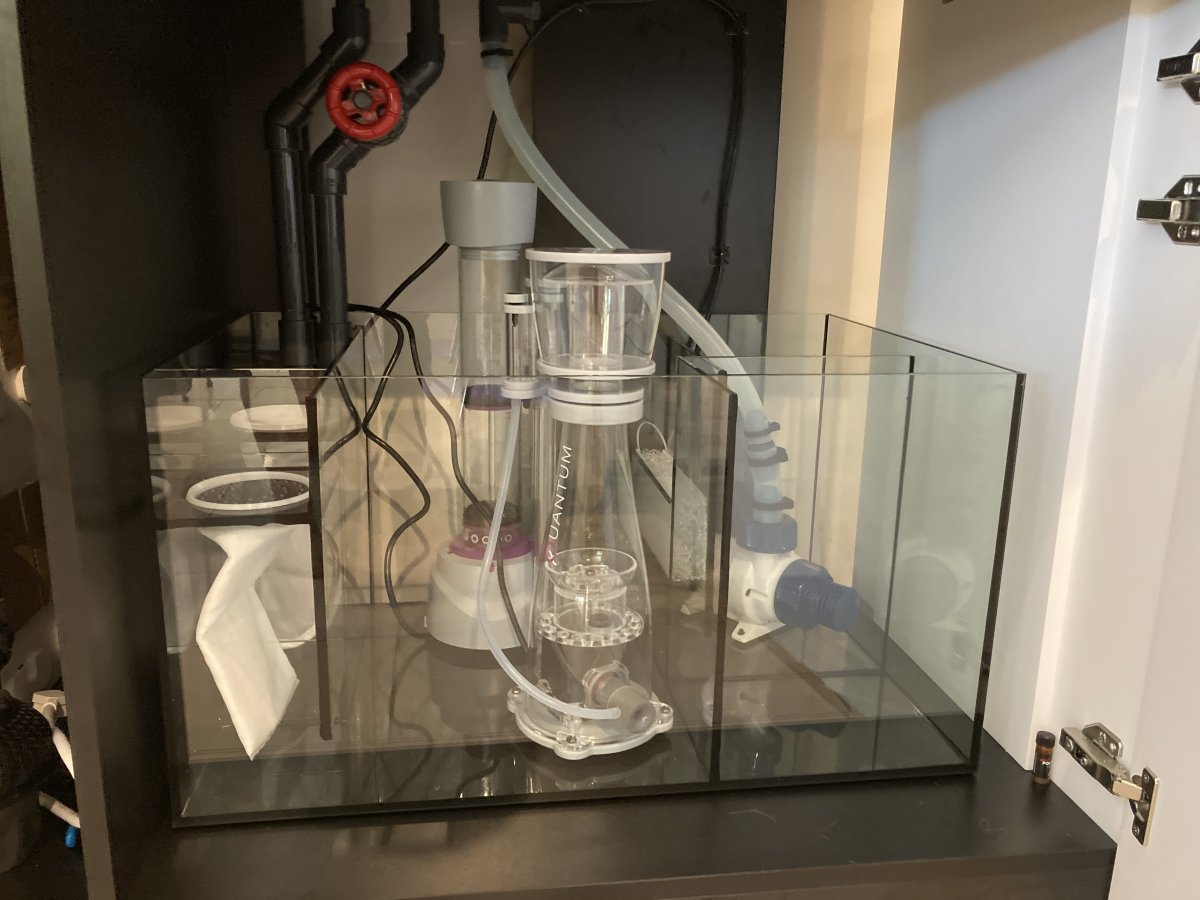 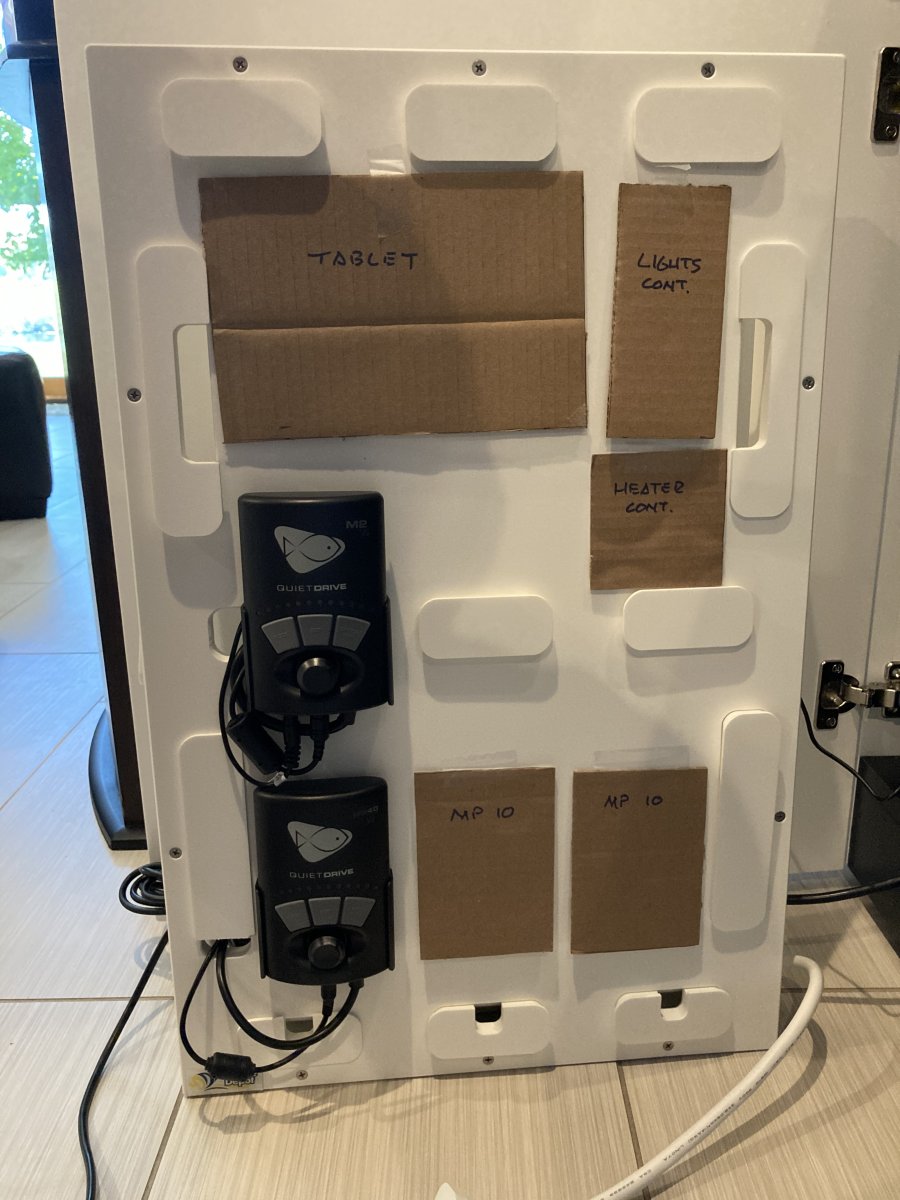 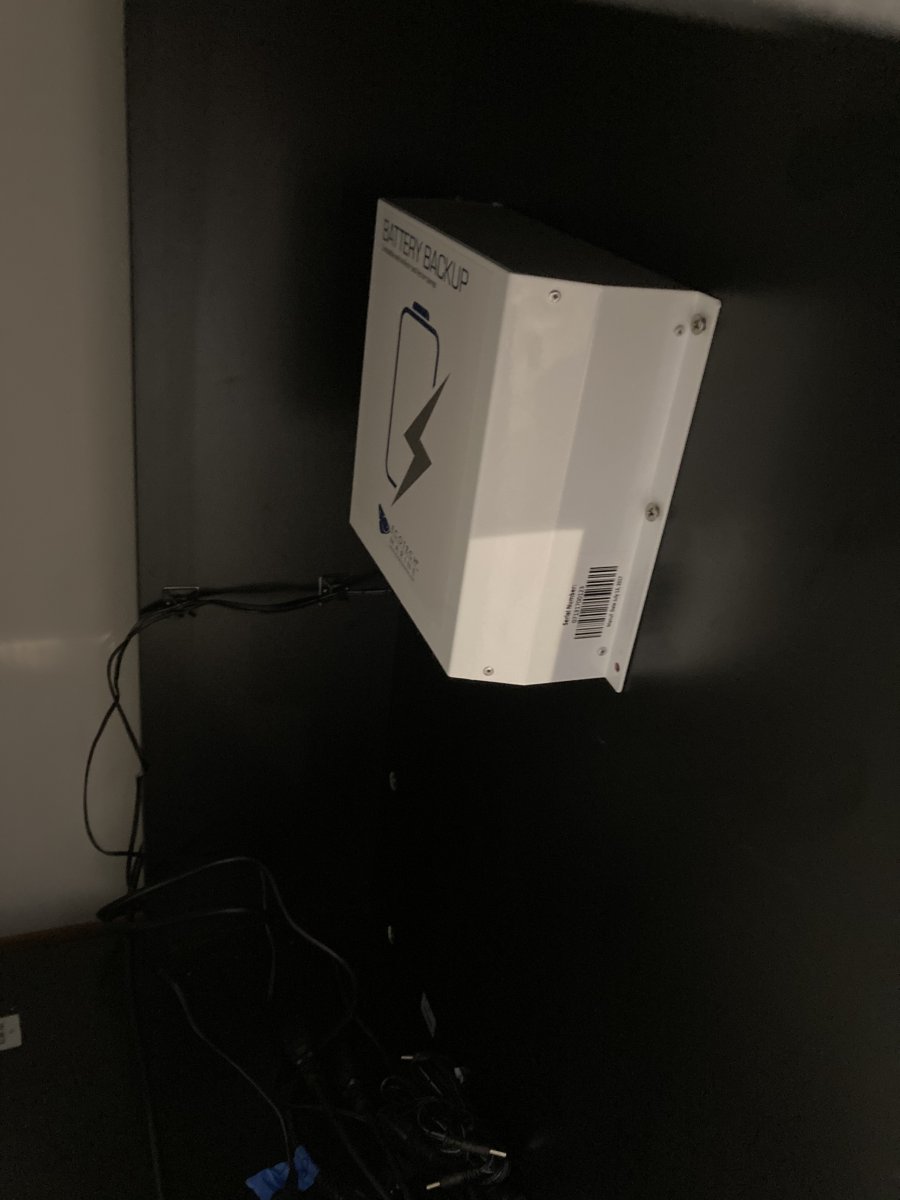 Looks good! I'll be following along. Interested to see it all come together!

Awesome another Frag 105.4! I’ll be following along. Nice work!

Great build, I love the waterbox frag series. Looking forward to following along.

So, I've been a bit lax in updating my build thread. The new tank is up and running. I bit the bullet and added an Apex whihc took me down a rabbit hole. I ended up shelving my Vortec return pump (literal on-shelf spare) and went with a Neptune COR 15. I also added a Neptune Trident DOS pump, and DDR. The Trident has been great. The data you get back is worth the price of admission. And yes, I know it's ruinously expensive. Despite the best of intentions, I was unable to prevent the rats nest of wiring, but it still looks much better than the old arrangement.

All the livestock was transferred over and I suffered nary a hitch. I added five new corals yesterday and have three more fish on the way. I think I'll leave it at that for now...well, maybe a couple more corals! 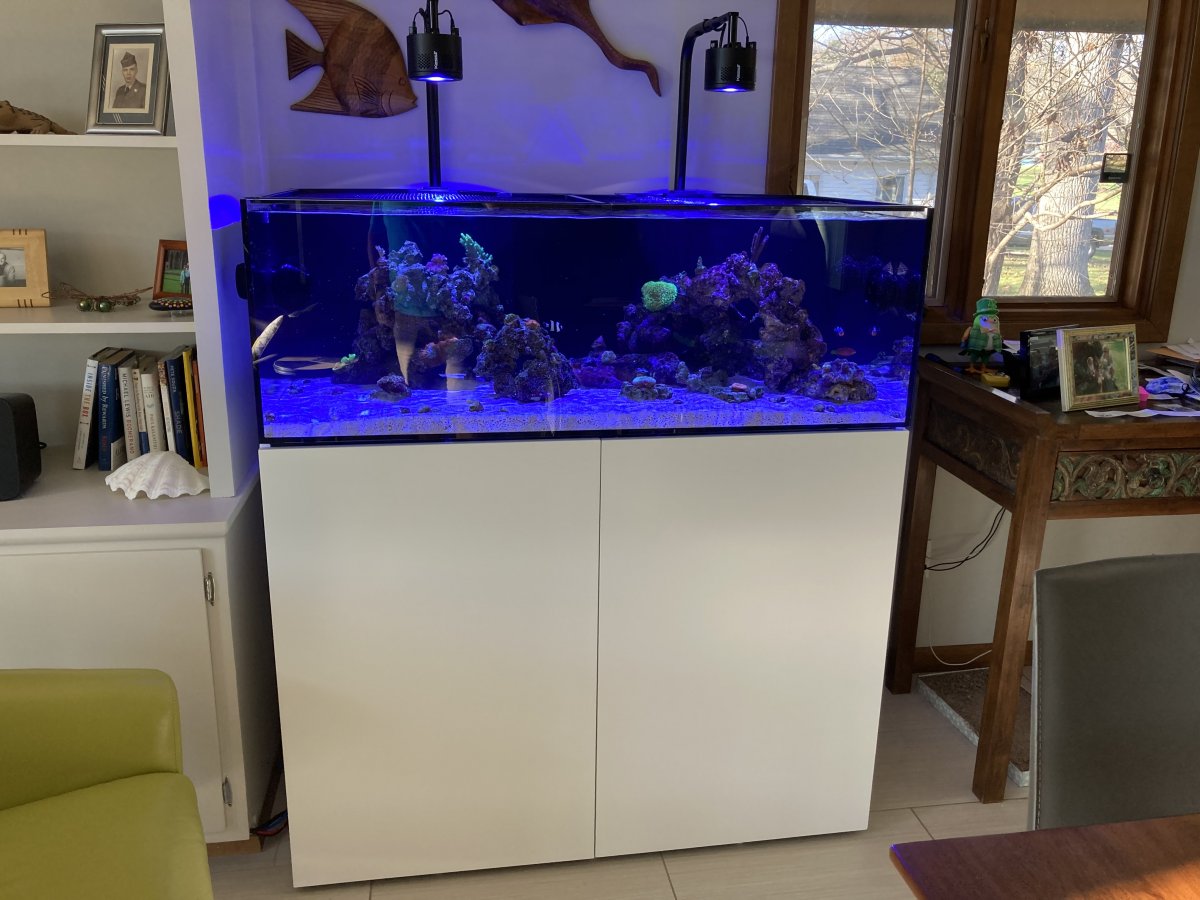 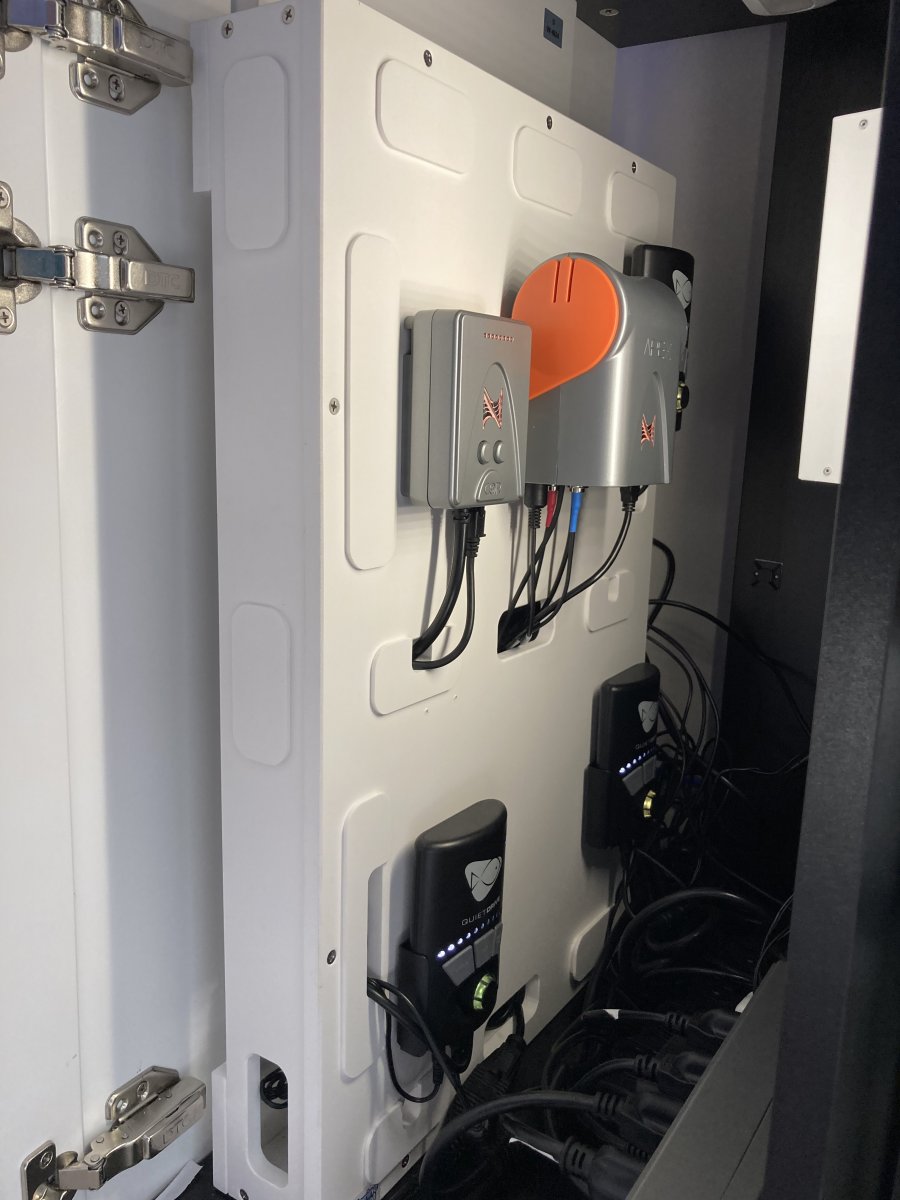 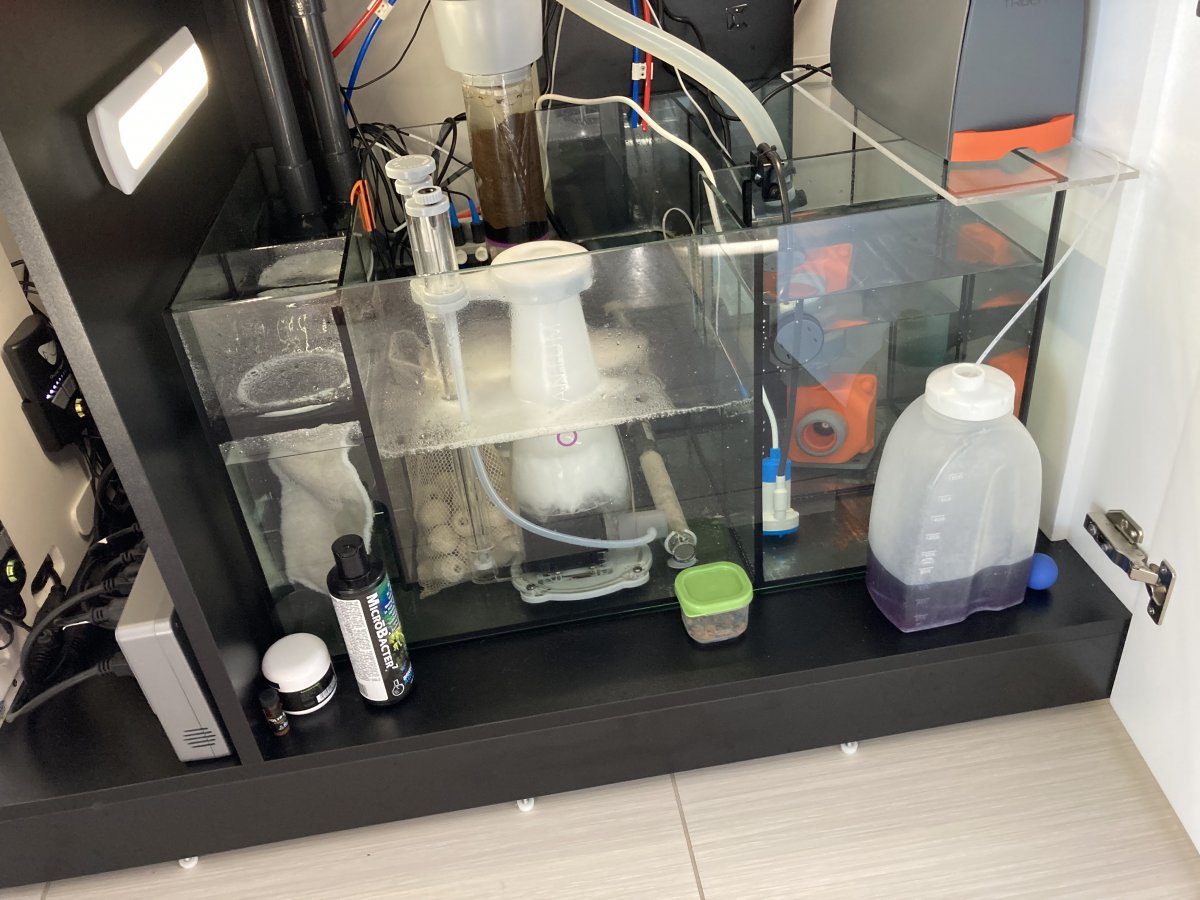 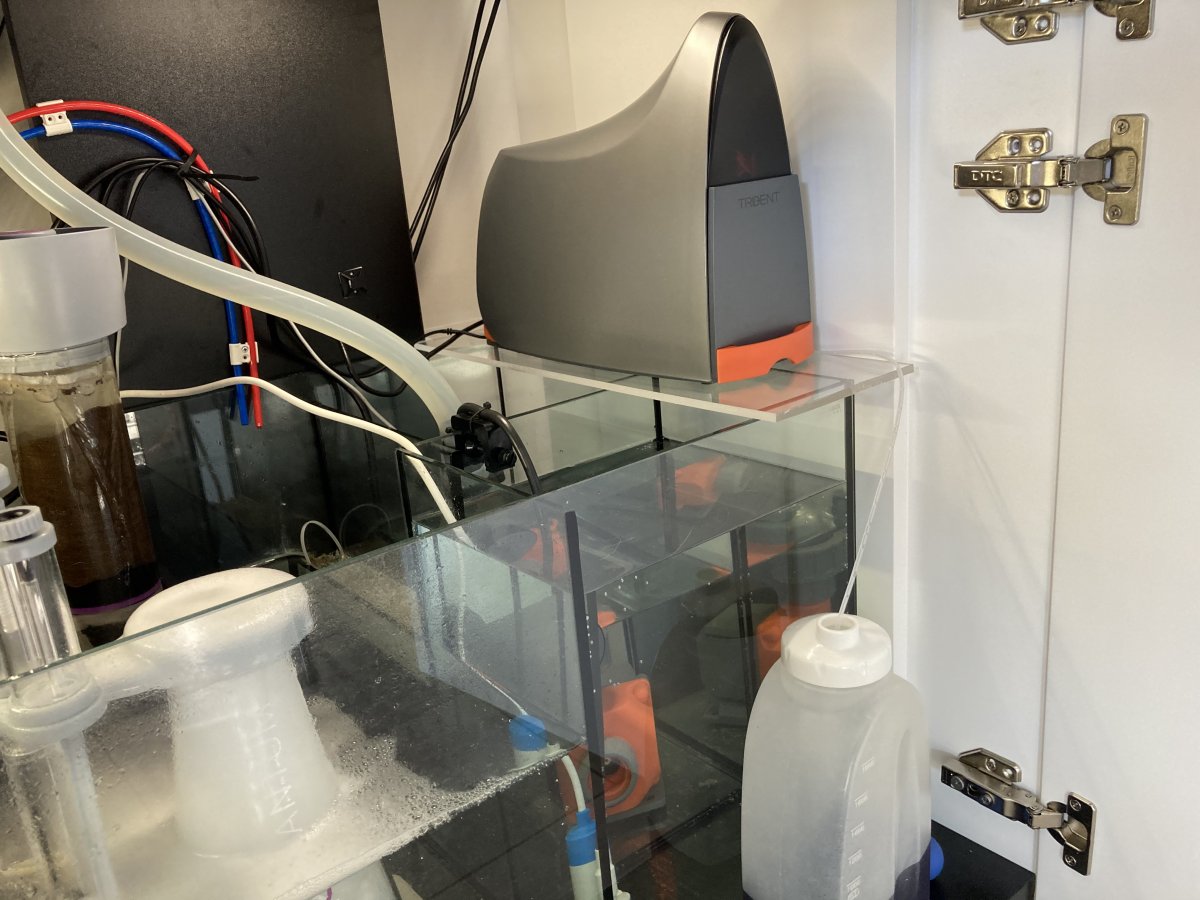 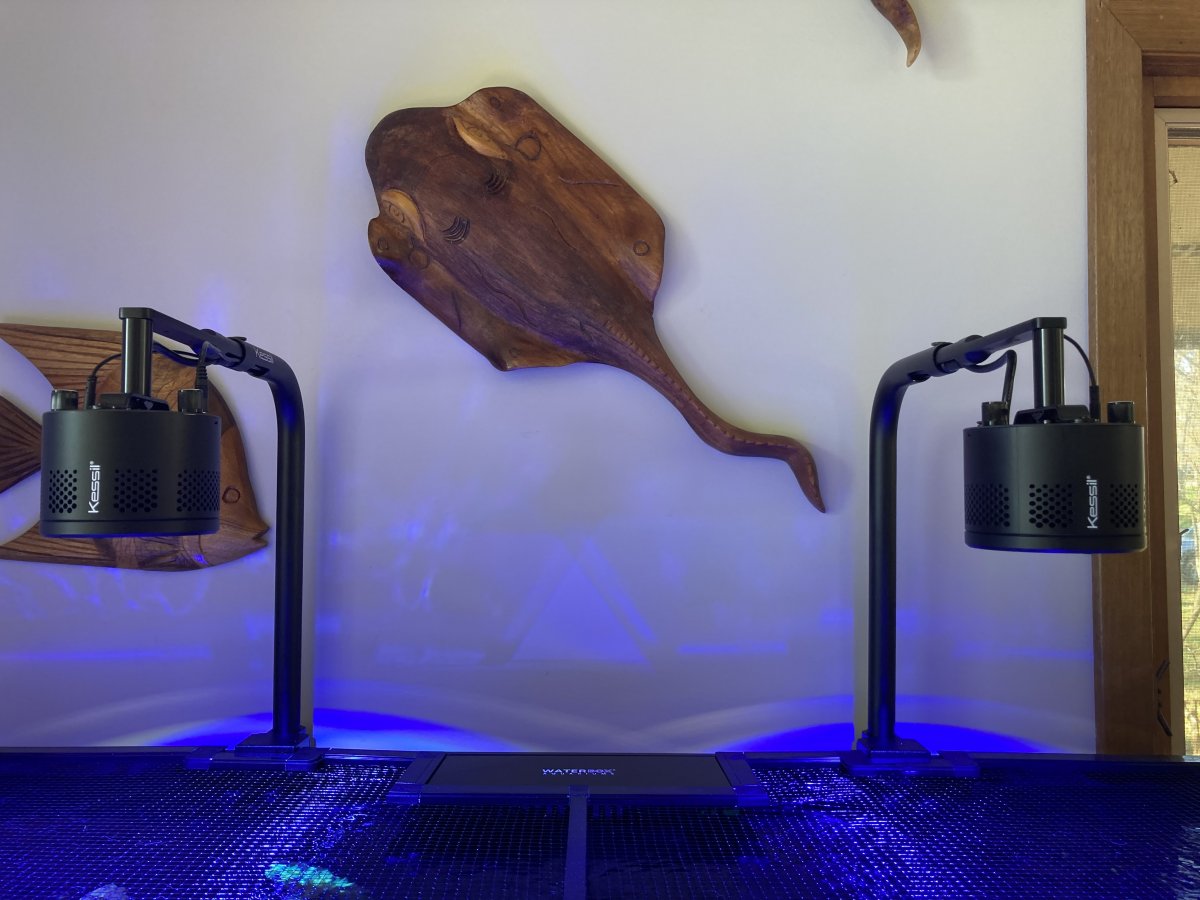 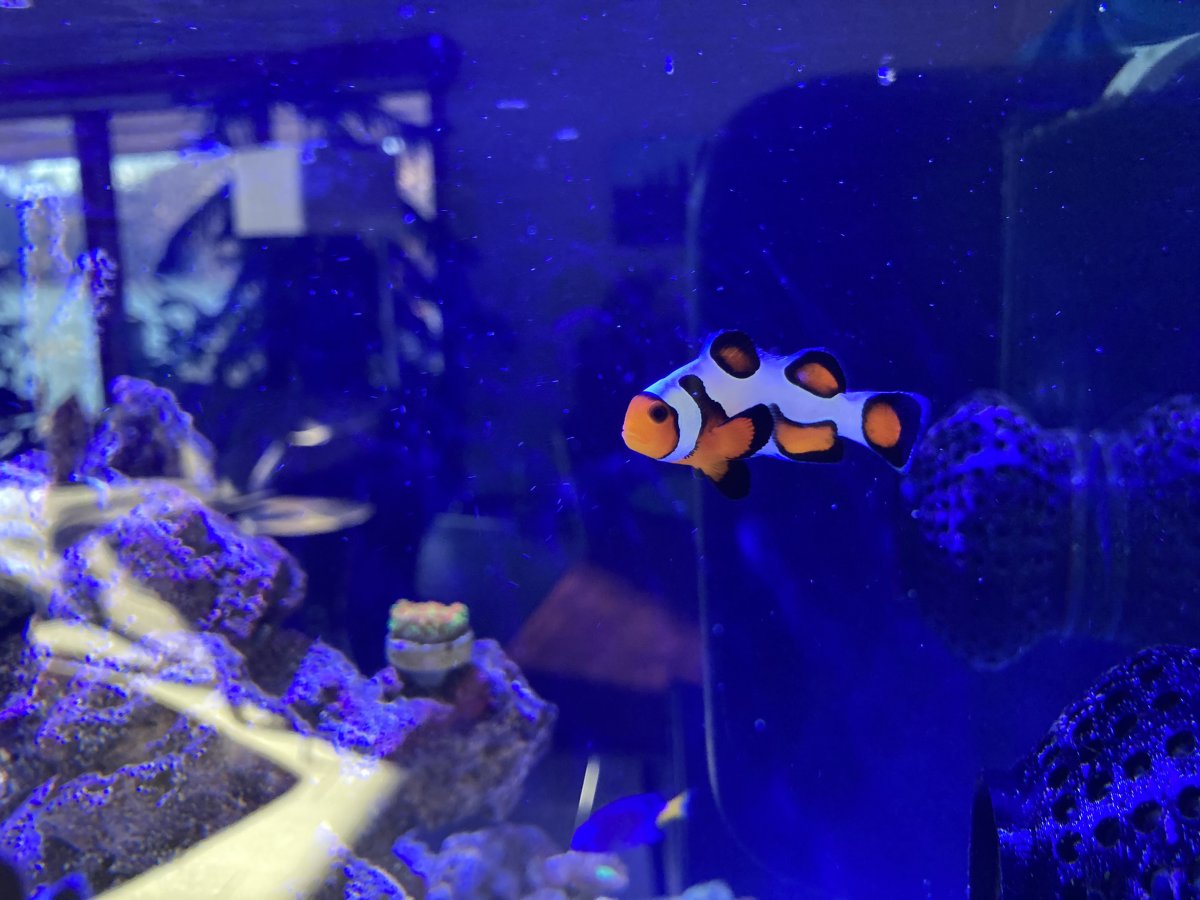 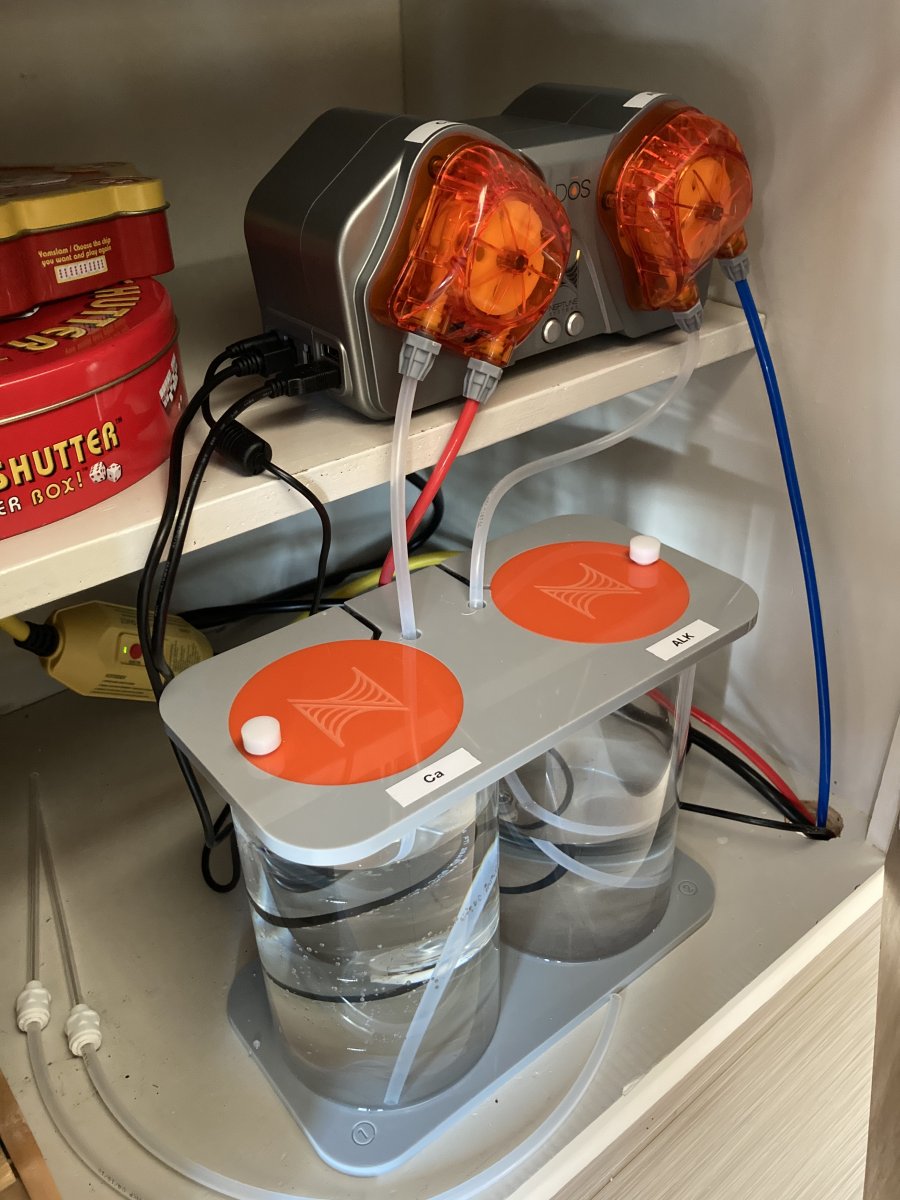 Ok that wooden stingray is awesome!

It is extremely hard to eliminate the “rats nest” of wires. I would say in many cases it is almost impossible. Making sure you can access and change is much more important
OP

As long as it doesn’t fall in the tank!
S

awesome tank. I got the same one as a add on to my other WB. The company is great