Will two Maxspect RSX 200w be suffucient for SPS?

I've been looking at the Maxspect RSX 200W for my 6ft tank, thinking two of them supplemented by T5 would be a pretty decent combo. It's hard to find any reviews though, especially reviews with SPS dominated tanks. Even harder to find negative ones.

Currently I'm running MH+T5, but the MH bulbs I like aren't being sold anymore and it seems more and more brands are disappearing so I'll make the jump into LED. Rather be proactive than stand here without bulbs in a year.

The tank has a eurobrace around the sides and across the middle, giving me two squares to put lighting over. The thought I've had so far is either standalone pucks, ie Hydra 32/Prime 16 minimum two per side or a single RSX fixture per side. So far the RSX seems hottest, plus being a little bit cheaper than going for four Hydra 32. For a softie tank I can find shining reviews of the RSX, but I never know if I become a dedicated stickhead eventually and it'd be a shame to feel limited because of the lights.

If money was no object I'd get radions or ATI hybrids, but that would be about twice as expensive as the RSX option.

So does anyone have anything bad to say about the RSX 200w? Or good of course!

I think the Maxspect RSX 200 looks like a good option. For almost the exact same cost you could get a 32" Reef Breeders Photon V2+. A few less leds, but not in clusters which means less shadows. Also some of the leds are 5 watts and the total fixture is 230 watts (I think). That's more than the RSX200. And it has 6 channels of control, each individual color, rather than the mixed colors on only 4 channels in the RSX200.

Take a good look and compare. I had a 120g all acro tank with Photons and it did very well until my chiller thermostat failed and cooled the tank to below 60F over night and killed every sps coral in the tank! BTW, the need for a chiller is due to living in SW Florida and running a house at 80F, not due to heat from the light fixture. It runs very cool and like the RSX200, has a thermostat controlled fan. 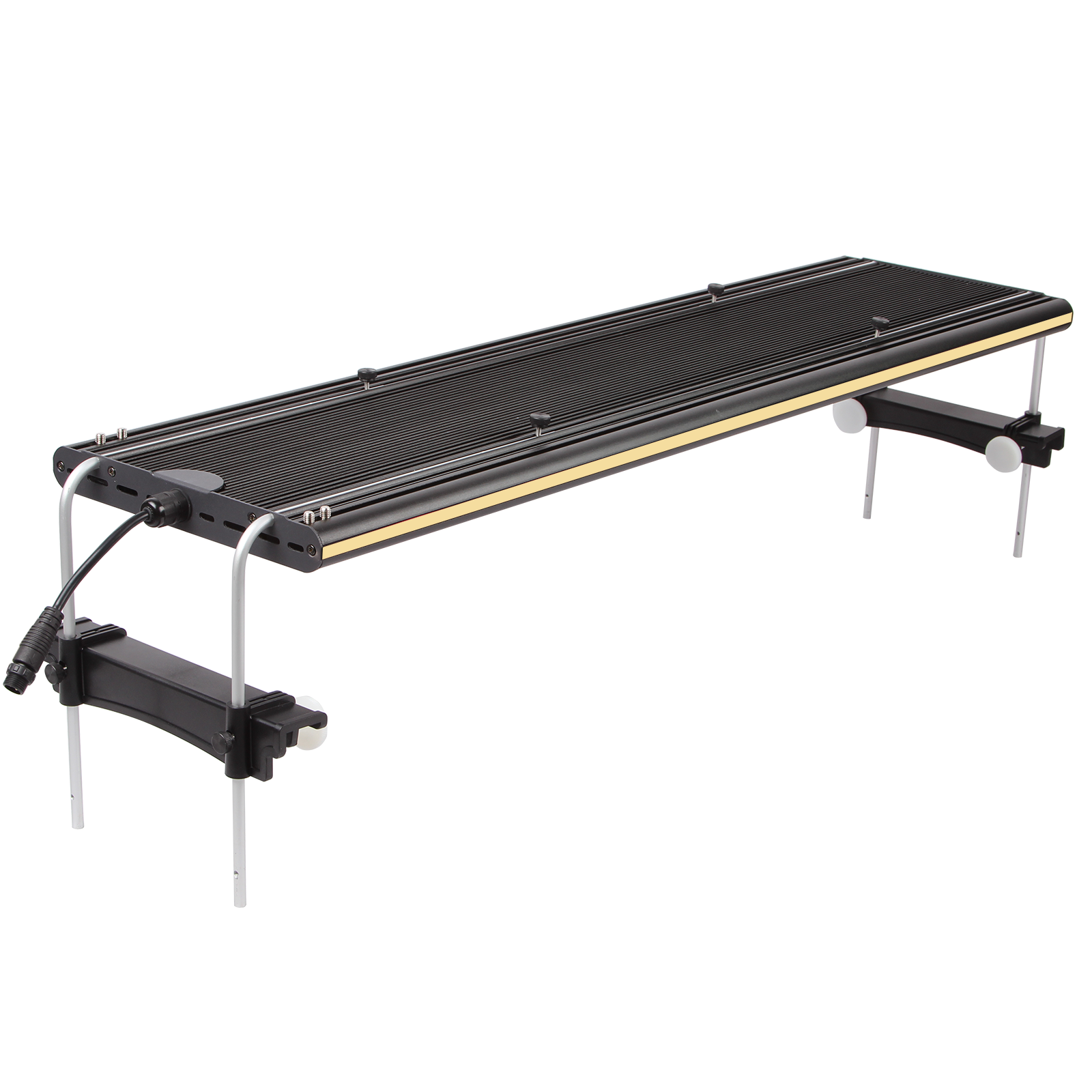 The Photon 32-V2+ is a perfect light for your 3 foot coral reef tank. It easily handles SPS corals and you can even use 2 for your 6 foot tank!

I compared and came to the conclusion the Photon would work better than the RSX, though I tried finding anyone supplying Reef Breeders LED in Europe but it seems it's a no-go so far. I could get someone in the USA to send it as a gift, but if I'd need to use the warranty it'd be hell on earth.

Now I'm second guessing the 200w RSX choice too. It's $760 per unit here after all, almost as much as a kessil ap9x is in the states. Wish I had a way to order from you guys without getting hit with a 40% electronisc fee.

Aaah such a shame, they looked really nice too.

Reef Breeders Photons are made by EverGrow in China. They sell through Reef Breeders exclusively in the USA. They sell ALMOST the same fixture around the rest of the world under the EverGrow name. And if you want a little true UV in the fixture, you'll like the EverGrow unit better.

Thanks Ron, and Merry Christmas to you too!

I'll look into the EverGrow ones, hopefully they aren't too hard to find here if I like them!

badluckman said:
Thanks Ron, and Merry Christmas to you too!

I'll look into the EverGrow ones, hopefully they aren't too hard to find here if I like them!
Click to expand...

The second release of the popular IT5012. Including a gradual light increase/decrease, lighting effect and updated wireless remote interface.

J
Some corals such as zoas not opening, but tests are reading fine.