Hey all, it has been a while since I was on here. I wanted to do an update and show off the big upgrade I finally did.

Short back story....
9 years ago, we owned a 14G BioCube setup for a nano reef. It was thriving and we were ready to make the jump up. So we bought a 75 Gallon tank. Before I started setting up the new tank, my son emptied a freshwater food container into the BioCube. He was 2 yrs old. He was just trying to help. My fault for having the tank so low. The massive PH swing killed everything in the tank within a couple hours. And so, my first run at Saltwater tanks ended. The 75 Gallon tank sat empty for close to a year before I turned it into a Vivarium for frogs and fish.

Fast forward 8 years....
After two years of running a 40G saltwater tank it was finally time to use the 75-gallon tank for what it was meant for! I made a couple major changes from the previous setup. 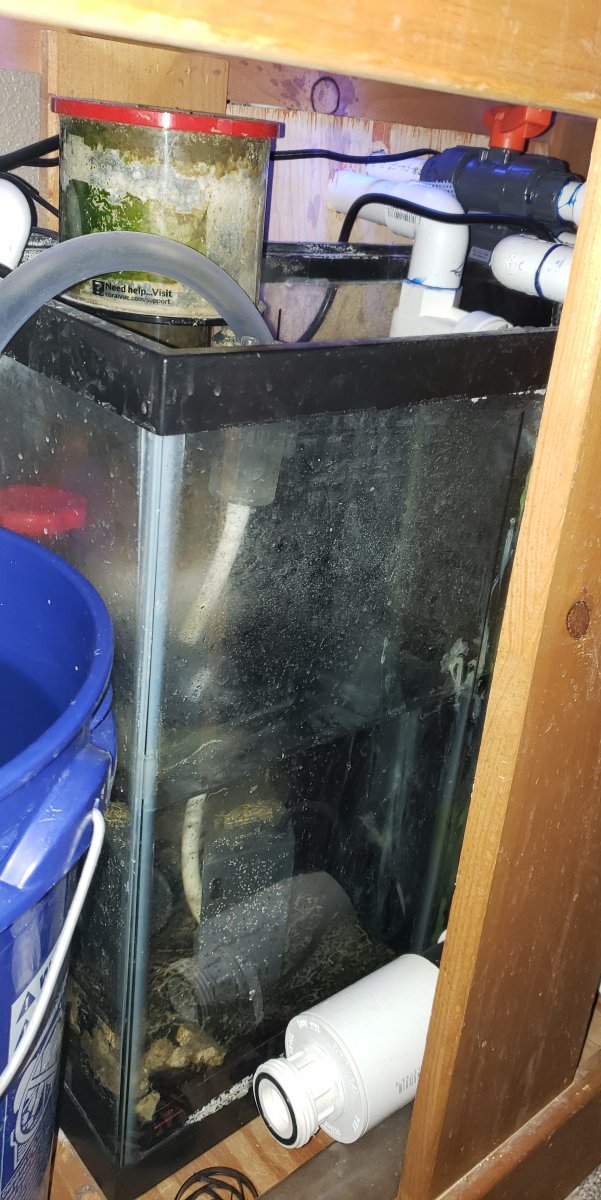 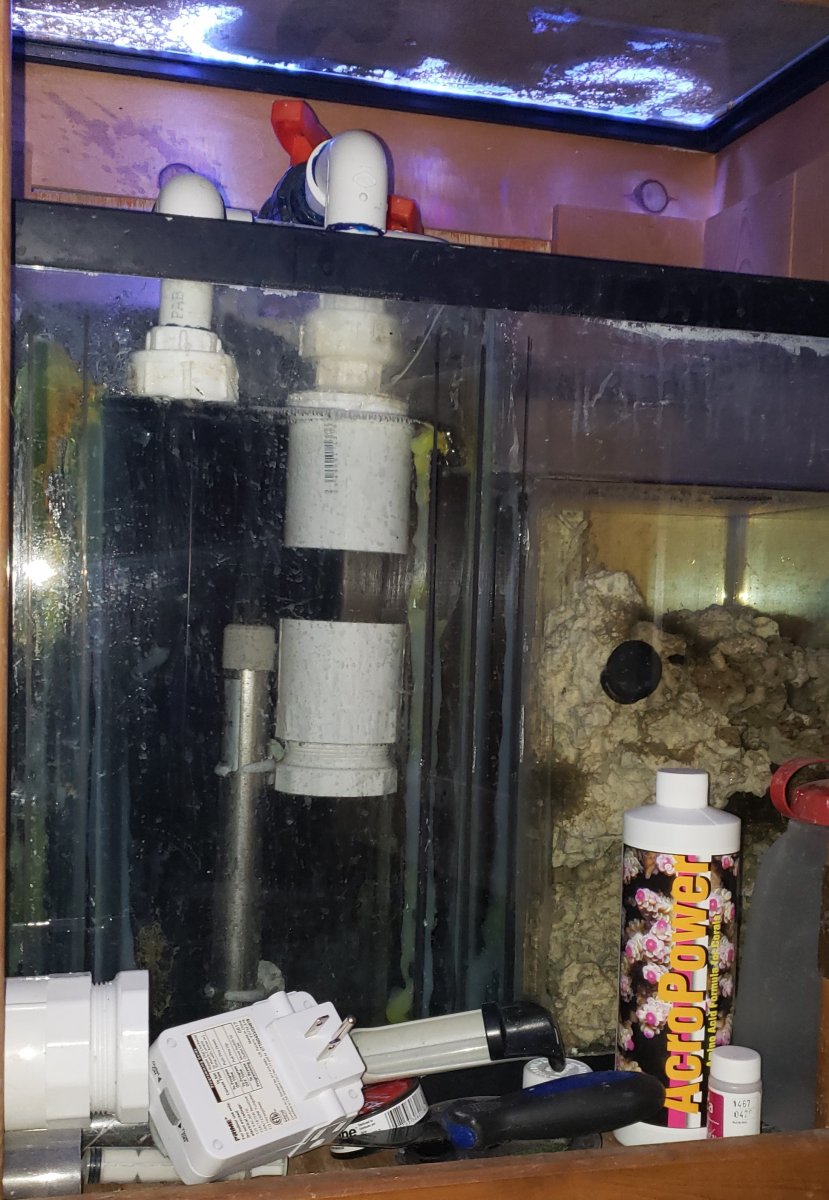 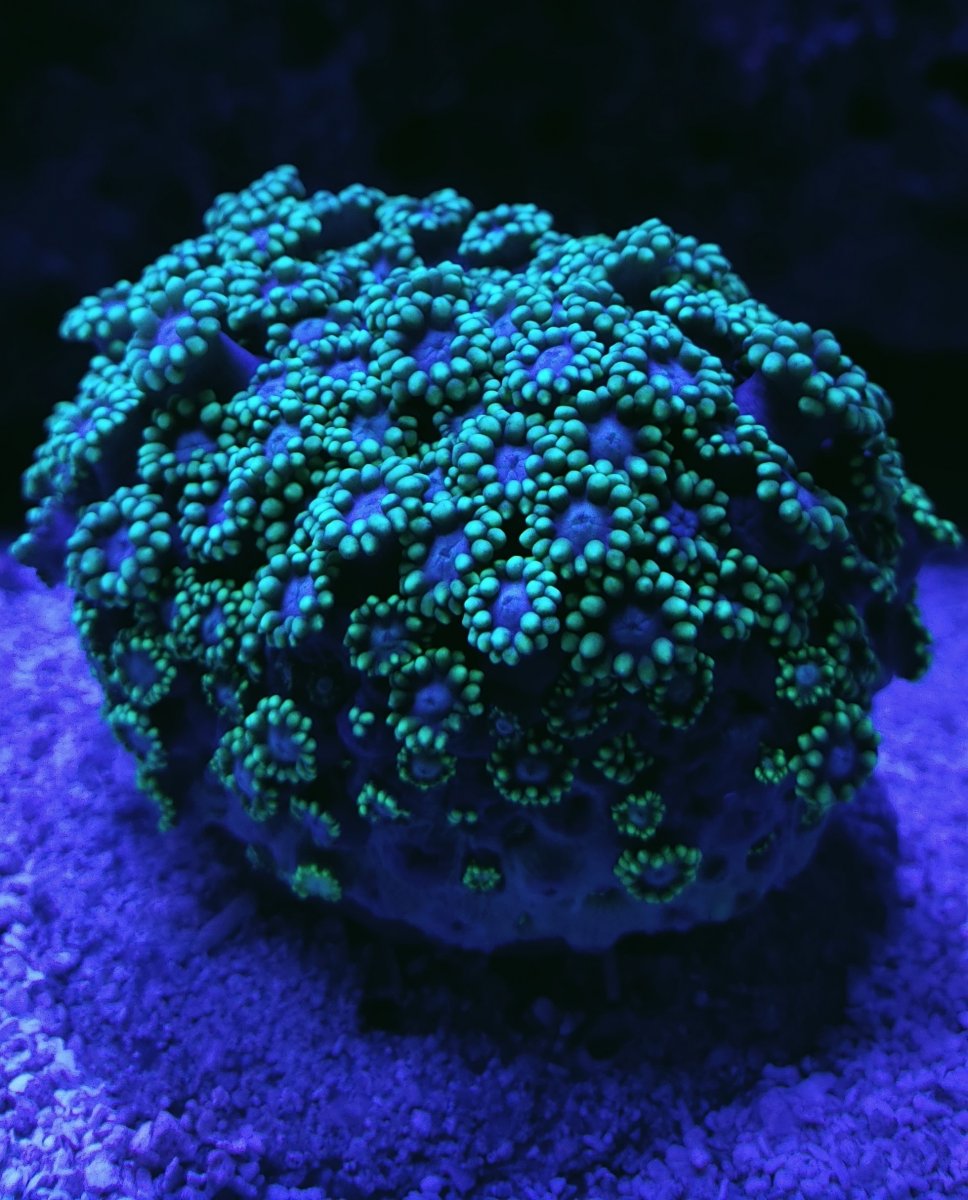 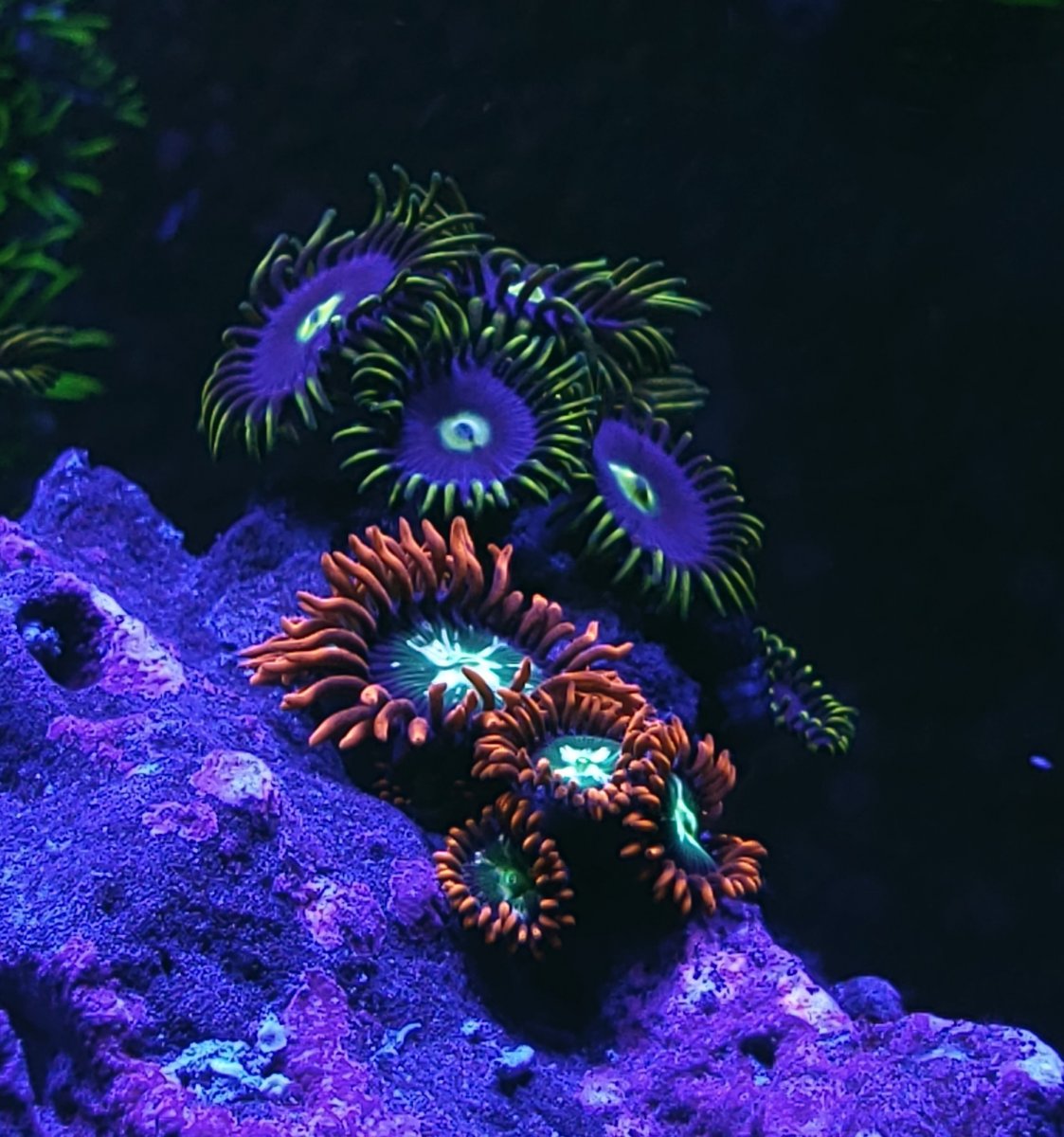 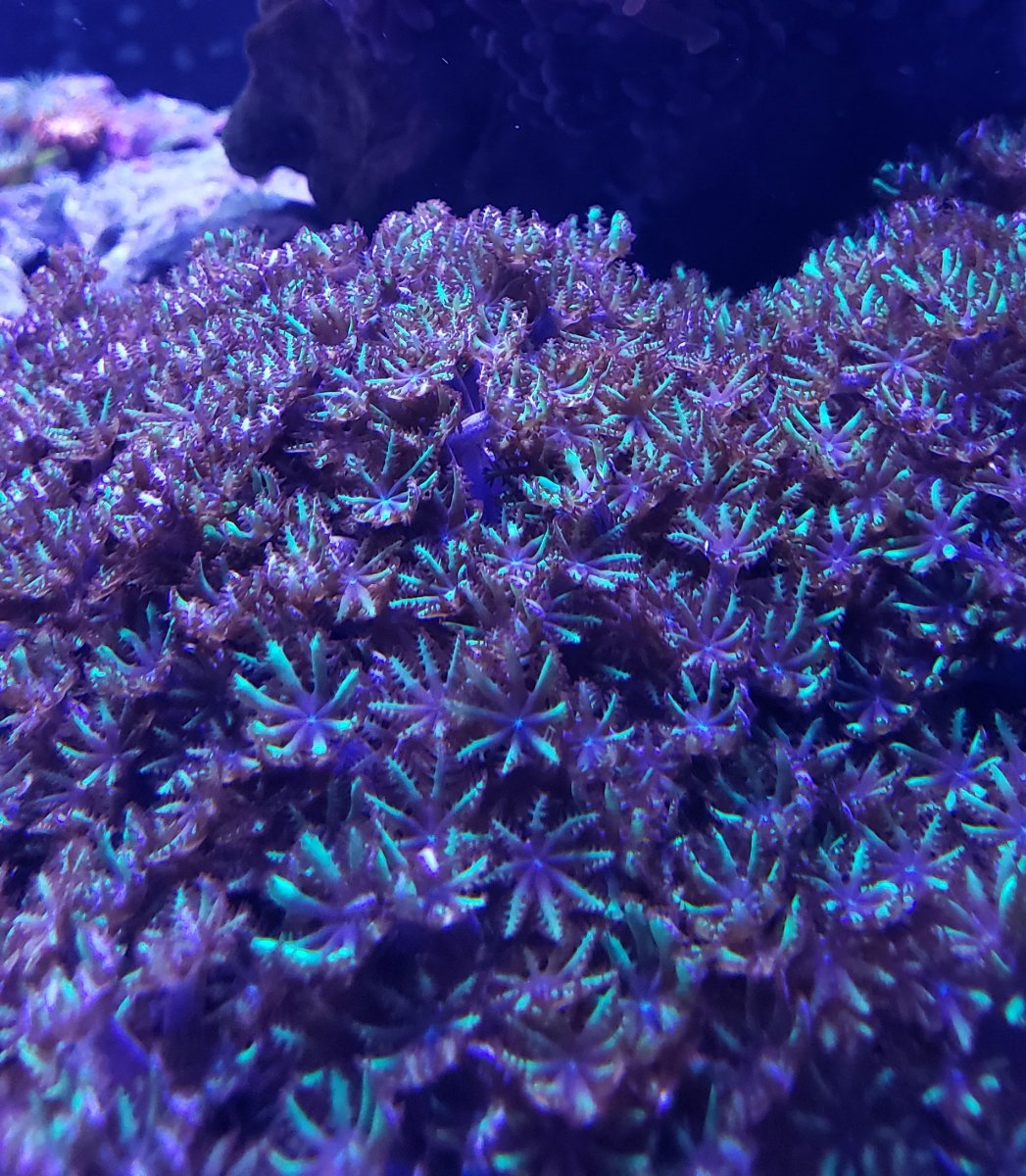 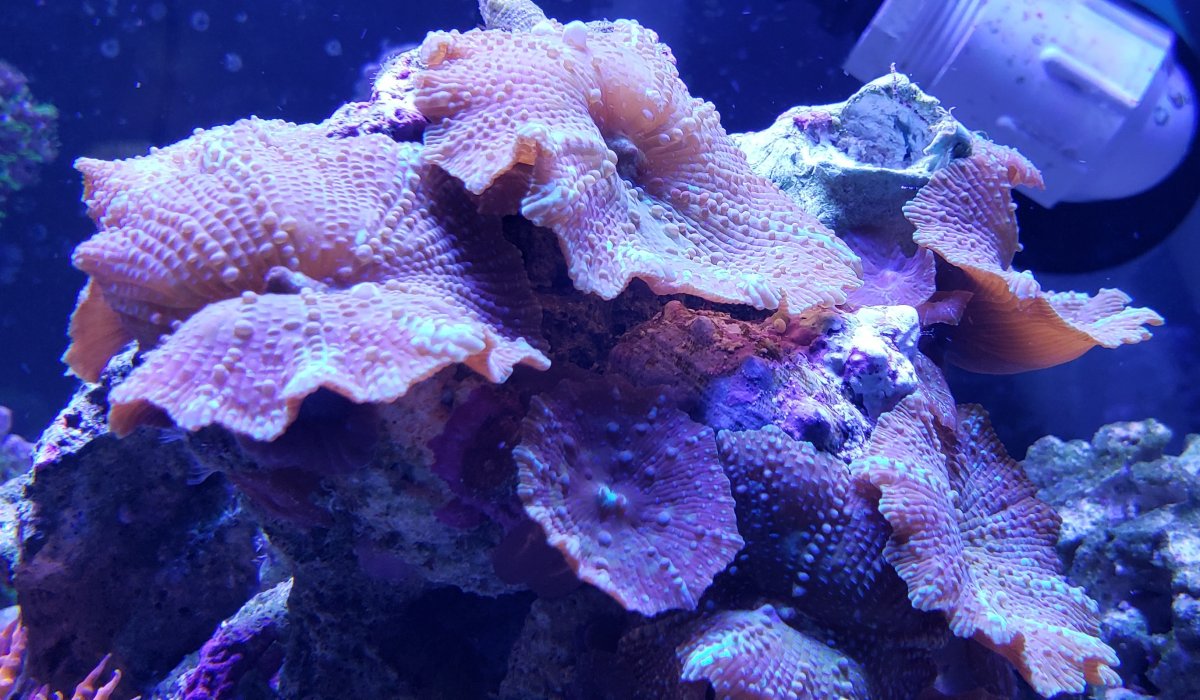 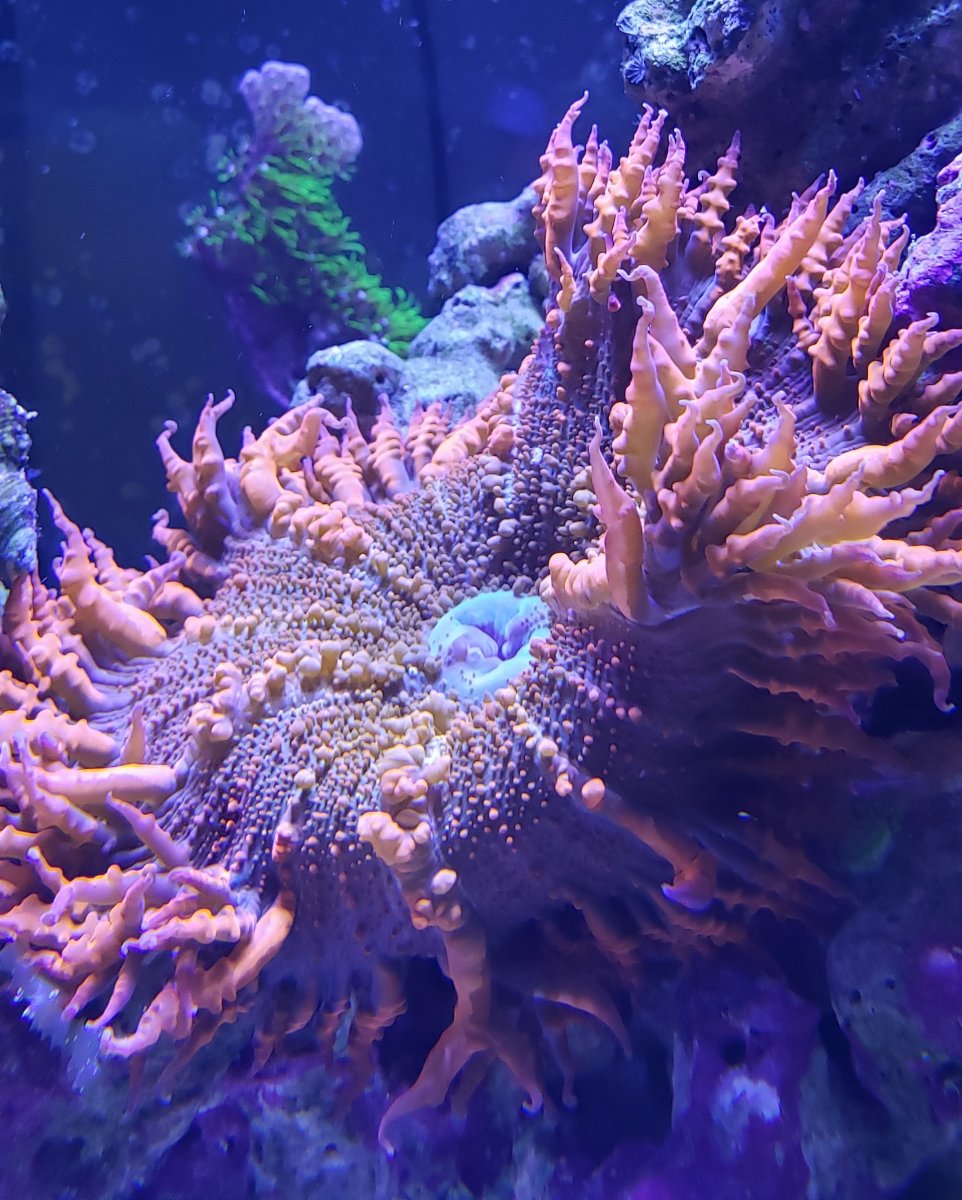 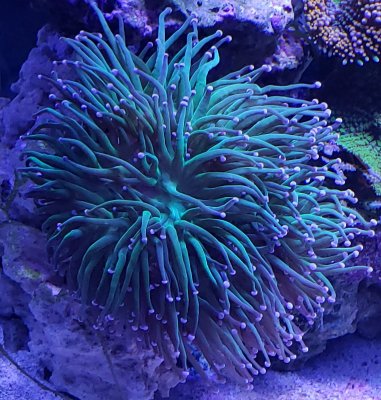 a small addition to the tank came in today :) The light was a spur of the moment purchase....thought it was a lot smaller......will have to mount it high above the refugium and see if I get some greener cheeto. A water change tonight and then I can setup the doser :) very excited to see how...

It has been another while since my last update. The tank is still doing great. Lots of things going strong and growing like weeds lol. I tried to do dosing and it was always just a little off in each direction. Then life got busy early 2020 and I quit doing water changes. Now all I do is make sure that my auto top off has fresh water, and the filtration on the RODI doesn't turn brown/orange. Now that this one is doing great I think we are about ready to upgrade again A 125 gallon fits perfectly where the tank is now with about half inch to spare! 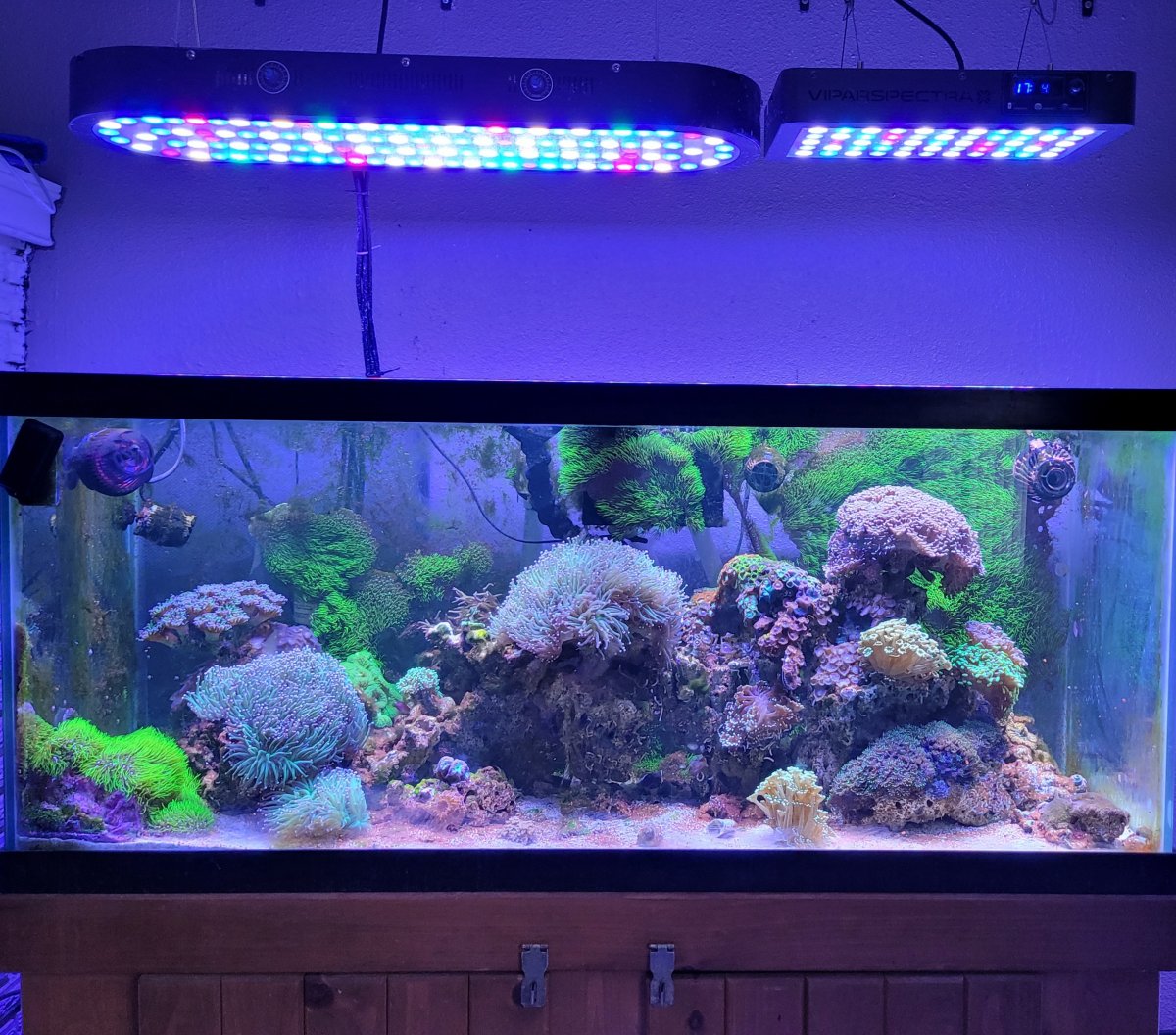 A
Build Thread Upgrading to 75g