New to here, not new to saltwater aquariums. This is my second one, and doing it different this time.

Taking advantage of living on an island (recently moved to Hawaii), and seeing how cheap I can be.


Using natural ocean water and starting out with live rock and hermit crabs. Hawaiian laws prohibit taking of live rock or coral so I went with "grown" live rock that the LFS does. Takes about 3 years for them to go from dead to sale.

Trying out this LED setup and see if it will grow any coral. Has really good reviews and is quite reasonably priced. Wasn't going to spring for an AI Prime or EoTech for this tiny tank.

Will be doing weekly water changes of at least 10% which is probably overkill, but no reason not to since it is free. A state run fishery has a pipeline that runs 2+miles off shore to bring in clean oceanwater for the fishery, and they were awesome enough to put a spigot out for all the hobbyists on the island to use for free. Natural, perfect salt water for free in any quantity. The Waikiki aquarium is unique in that it uses all natural water and sunlight, no artificial lighting in most tanks, it is a really cool place. They also give you free water from their system if you are a member. I'll probably end up becoming a member and volunteering there in the future, but either way I have free water.

So no water testing, no mixing water, no cycling, and into a tank ready to go for under $200. Hard to beat. I'll eventually get a baby fish out of the ocean and put it in there then release it once it is big enough. Probably get a softie or two from the LFS, illegal to remove coral from the ocean as well. Was at the beach yesterday and saw some super awesome baby pipefish (may have been trumpet, too small to tell at a distance), Sgt Majors, and several others I could not identify. You guys would be mad as F if you saw the prices of fish here. Large flame angel for like $25. Christmas wrasse ~$20 etc. I think the most expensive thing I saw was a huge softball sized hairy hermit crab for $70.

The filter is a little strong on the flow now, creating a hole in the sand, so I have to rig that somehow to reduce the flow a little or put in some more rock to disperse the flow. Pretty stoked to have a tank again and really excited to see how this kind of set up works.

Some pics of set up and inhabitants, as well as the mystery hitchhiker. Looks like a little watermelon. Can't find it in any hitchhiker guides I've found on the net.

I love the rock shape.

Tiny crab I haven't seen again so not sure on species yet.

So any help you can give in identifying the green thing would be greatly appreciated.

Welcome to R2R!!! Thank you for the introduction - we're glad you're here!

Thanks all. Appreciate the warm welcomes.

Welcome @426HEMI - My guess is the blue is possibly a sponge. That’s definitely a limpet on the hermit. No harm there. Nice to have you!
OP
4

ScottR said:
Welcome @426HEMI - My guess is the blue is possibly a sponge. That’s definitely a limpet on the hermit. No harm there. Nice to have you!
Click to expand...

Thanks for the welcome.

Sponge would be awesome, never had one that color before.

Any guesses on the watermelon looking thing>? 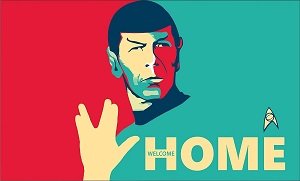 Welcome to r2r! I’m also a mopar guy. I had a A12 super bee for 22 years. I’m looking forward to seeing more of your tank.

Skynyrd Fish said:
Welcome to r2r! I’m also a mopar guy. I had a A12 super bee for 22 years. I’m looking forward to seeing more of your tank.
Click to expand...

426HEMI said:
Thanks for the welcome.

Sponge would be awesome, never had one that color before.

Any guesses on the watermelon looking thing>?
Click to expand...

Do you have a better pic of the watermelon thing?

I grew up in Hawaii btw. On Oahu. Left about 6 years ago. When I was in high school, there weren’t any reefers. Just some scattered saltwater fish keepers. I hear there’s a place in Salt Lake now that has corals and fish from someone else here. I think his name is @Pop (apologies if I tagged the wrong person.) He was looking for fellow reefers in the area.