So a little about me I deal with water every day, being a plumber and owning a plumbing company I grew up around fish tanks and at a young age I even dove in to ponds to catch wild turtles by catching them off guard as they sunbathed on logs and had fresh water tank as far back as I can remember, my mom having a wall of fish tanks. Jumping forward I felt I had maxed out the fresh water seen when I was breeding rare crystal bee shrimp morphs and needed a challenge. I jumped straight in to corals in a 28g cube since I felt that (keeping fish was easy) ha ha. I killed my first corals from a auto top off sinsore falling making my tank a fresh water tank and having a wet floor in my basement wiping out all my coral except for a clown fish. I was so devastated that I could not sleep that night and the second time with a heater falling in the on position raising the temp to 89 degrees farinhite with total loss except for the clown fish. so now I try to keep redundancy on top of redundancy. At least 2 or 3 of everything from pumps, to heaters, to reef keeper, to now apex with aback up apex and I still test my water and recalibrate my probs. Ok back to the coral serial killer part, When I first started I bought every coral I could get my hands on the smaller the cheeper the better I thought and from my coral budies I would get the pieces that broke off of there frags even thang they said was a wast of my time and would not live was the challenge that I loved. Getting bugger sized coral and growing them out was everything and trying to push my luck by putting them to close together and setting them in a new 112gallon tank that had just been cycled was mad scientist stuff for me and I could not bring my self to get rid of the fast growers because they were Iike my children and If you had many children and one started Killing the others could you get rid of that kid when you love all your kids? I compensated by fragging frags and playing refry all the time but eventually the fast growing coral that I sold to the fish store when they called was not enough and they got out of hand and making 200 frags on a Saturday was becoming a wast of my time and now had these corals killing my high end corals some times over night. so I am now trying to set up a 180 gallon tank and ripping out coral and killing them on perpes to try to save my high end slow growing coral. So that is how I became a coral serial killer and somehow can still sleep at night.

hi welcome to the reef going to love it here!!
lots of fun/info/fun/help/fun..
nice intro...kill no more,here to help
OP
J

fishguy242 said:
hi welcome to the reef going to love it here!!
lots of fun/info/fun/help/fun..
nice intro...kill no more,here to help
Click to expand...

What would you recommend I do with the fast growing coral that are killing my slow growing coral without having to spend all my free time fragging?
Thank you for the reply

sell off in larger pieces ,let them frag,but keep some of it, they are your golden goose
OP
J

fishguy242 said:
sell off in larger pieces ,let them frag,but keep some of it, they are your golden goose
Click to expand...

I really appreciate the advice just did not want to get rid of my rock scape since it is the old real coral rock that you can not get any more but if I don't I will lose all my high end corals.

jaydubbw said:
I really appreciate the advice just did not want to get rid of my rock scape since it is the old real coral rock that you can not get any more but if I don't I will lose all my high end corals.
Click to expand...

cannot just take most of fast growers off and keep your rocks?? pics??

A reefer in need is a friend indeed!

Welcome to Reef2Reef! Totally agree with @fishguy242 post some pics of the fast growing piece if it’s worth you’ll have lots of offers

Love the title of your thread! Looking forward to seeing your tank!

fishguy242 said:
cannot just take most of fast growers off and keep your rocks?? pics??
Click to expand...

Now it is thousands of zoanthids, mushrooms, encrusting montys and cypastra. trying to take them off the rock is next to impossible. I will see what I can do without messing up my water quality. I will clean the glass this weekend and take some pics and then figuout how to post them.
Thank you again.

Welcome to R2R. Wish you lived in uk. A coral sale would be good

Haha nice intro although I think some fish are very hard to keep their natural life span....much harder than majority of corals (except nps perhaps). Thinking of things like morish idols and princess anthias and such.. lots of premature deaths!
P

Welcome, good skills to have for reefing.
Pull as required to make room for your slow growers, tanks evolve.
Maybe start another tank for the overflow corals, if you want them. 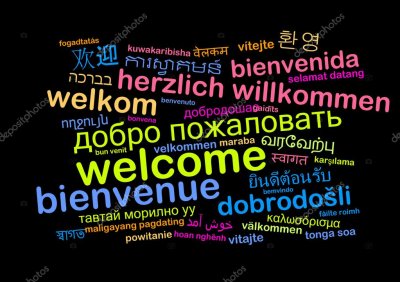 Welcome to the party! Happy reefing! Ever see the show criminal minds.... yup.... profile of a reefer...

The Tiger Reef In Yellowstone