Hello everyone, I’m Fred and this is my 18 gallon Colbalt Aquatics C-Vue.

I have had many tanks over the years since I entered the hobby in 2004. Normally I would start a tank and end up giving up due to my failure, ignorance, and mostly neglect of my tanks.

With this tank I plan not to let failure be an option and plan to keep this tank going for 5 years. I am testing constantly with this tank to make sure I’m on top of things.

I have had three hiccups. First was dosing vodka with adding addition of bacteria. Ph dropped to 7 and killed two of my soft corals and my cleanup crew. I was able to save the other three, thankfully. Secondly was a die off of my macro algae in my refugium. Third is the introduction of nuisance algae from snails and a frag plug. Unfortunately I introduced bubble algae and red wire algae. I have manually removed all the bubble algae, but have had a few patches that showed up. Luckily I have been able to manually remove it all so far. The red wire algae still needs to be manually removed.

I chose this aquarium mostly because it fit the space I had available. I was considering a waterbox 20, but chose the c-vue due to price, availability, space constraints, and mostly because I dislike cube aquariums. This tank realistically is a 10 gallon with a sump on the back. I hope to upgrade to a 60-70 gallon system when I am done with this tank.

My future plans for this tank are to stabilize the parameters with automatic dosing and more corals. 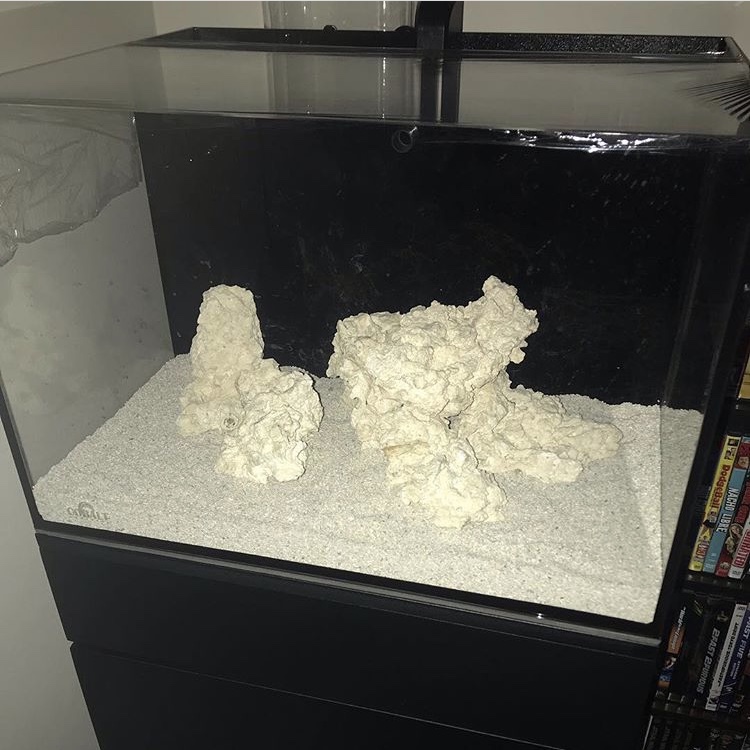 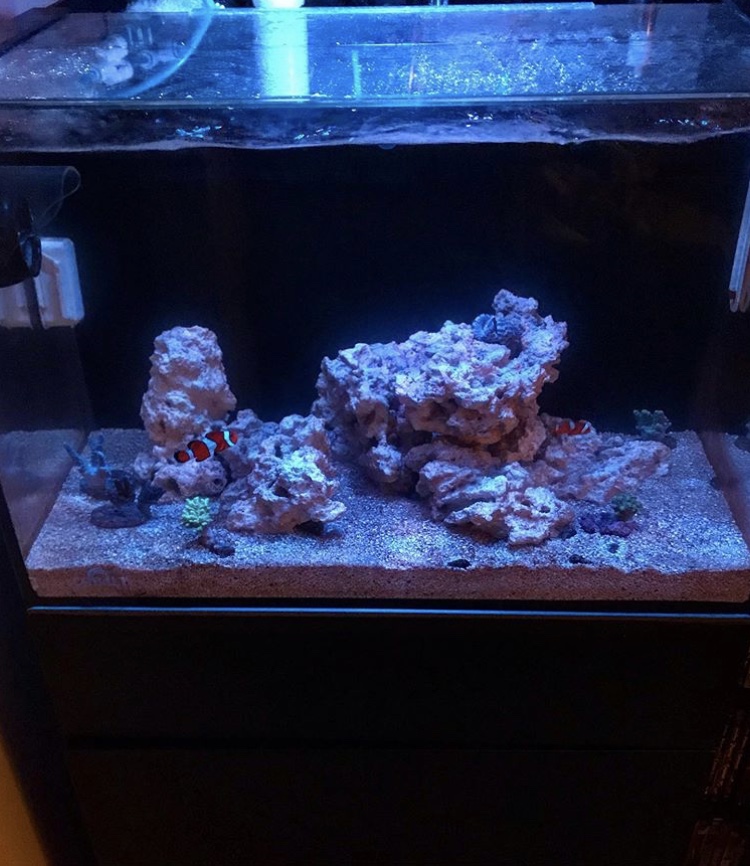 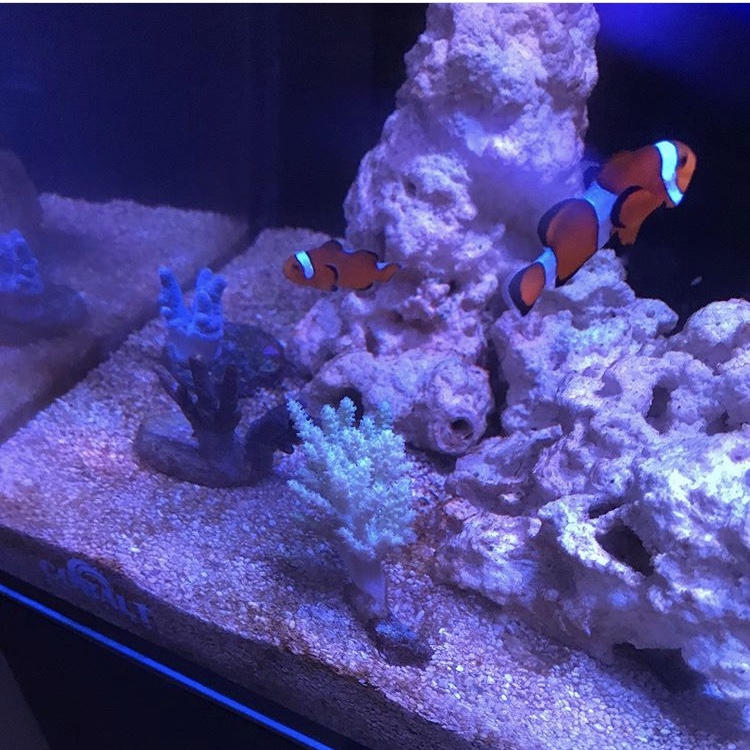 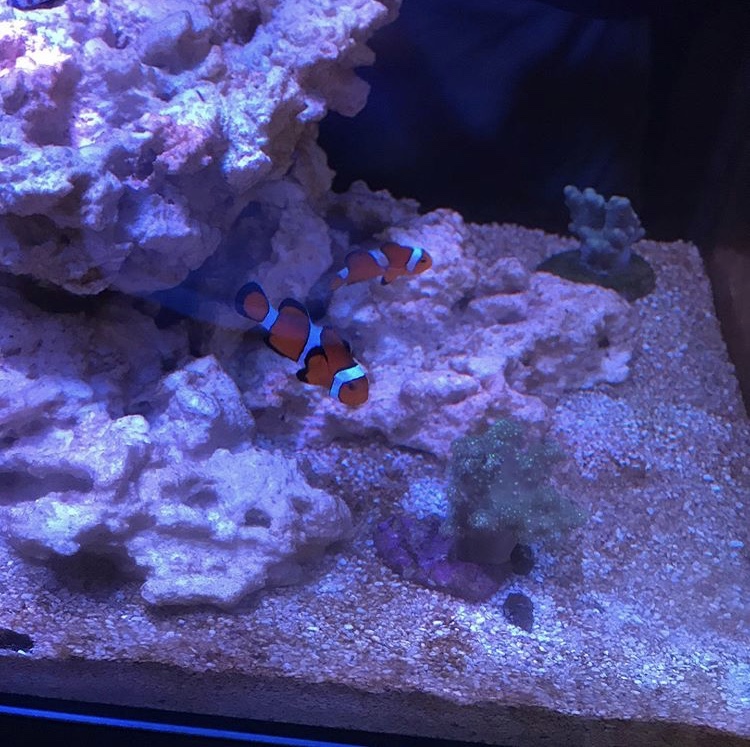 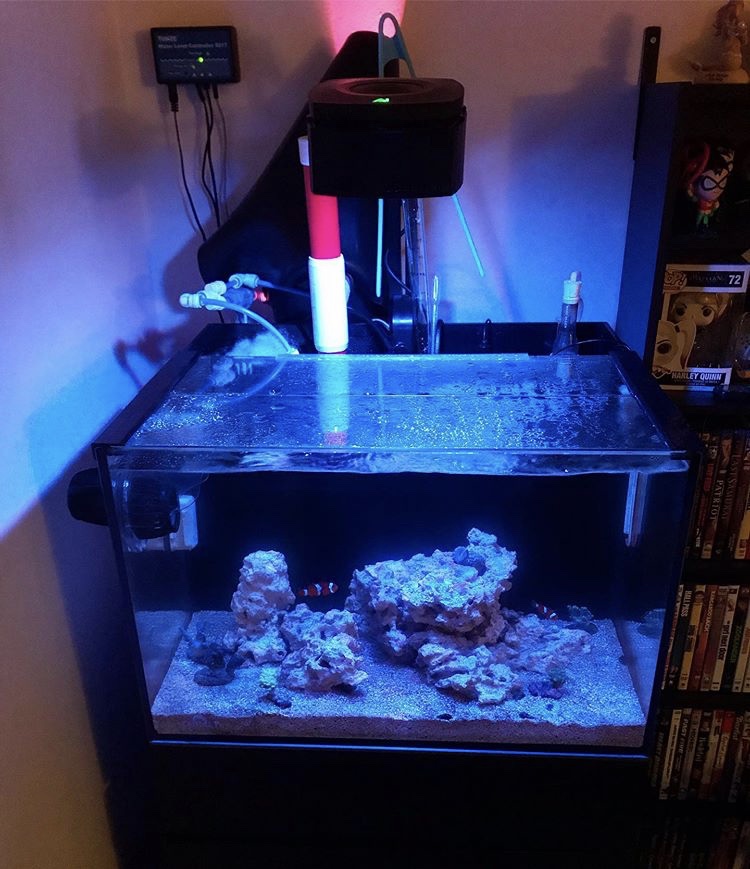 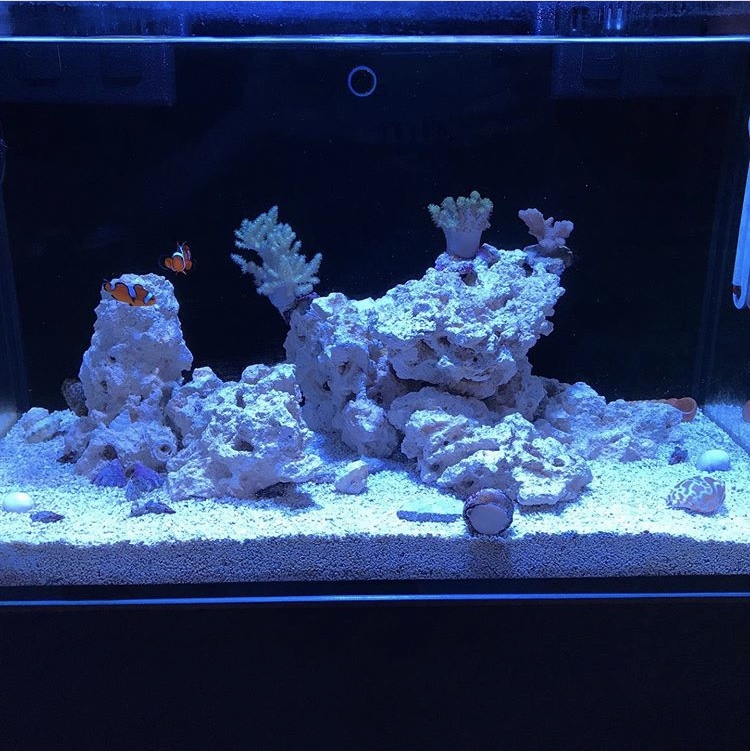 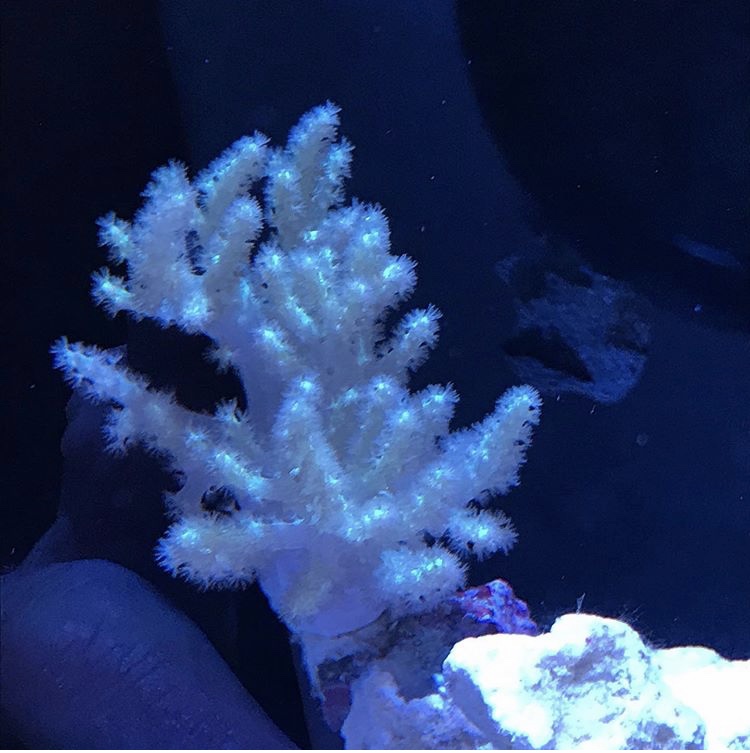 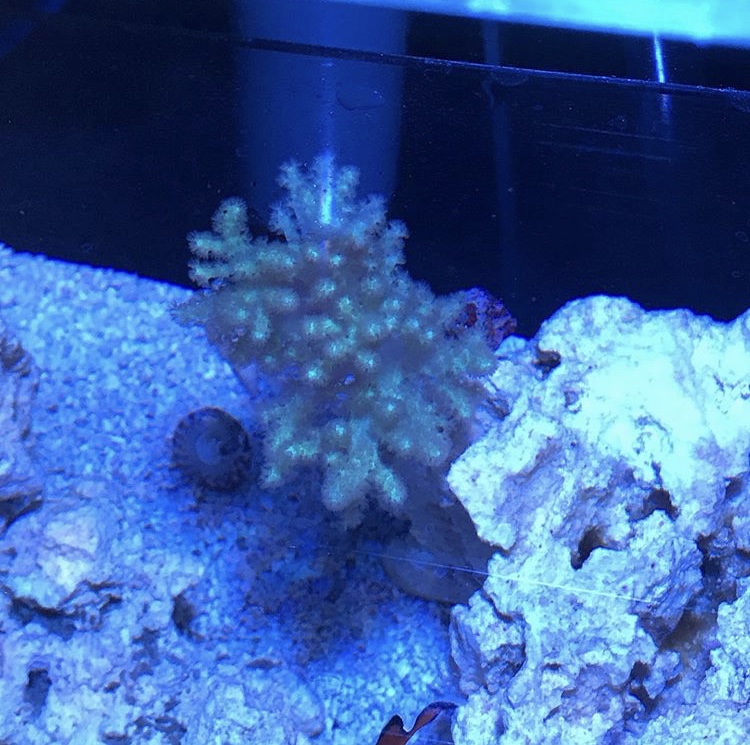 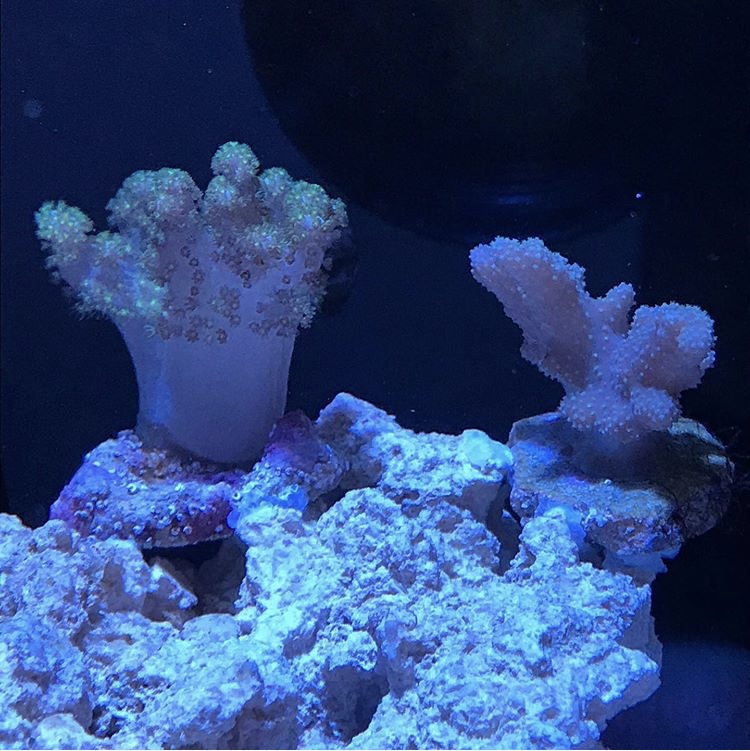 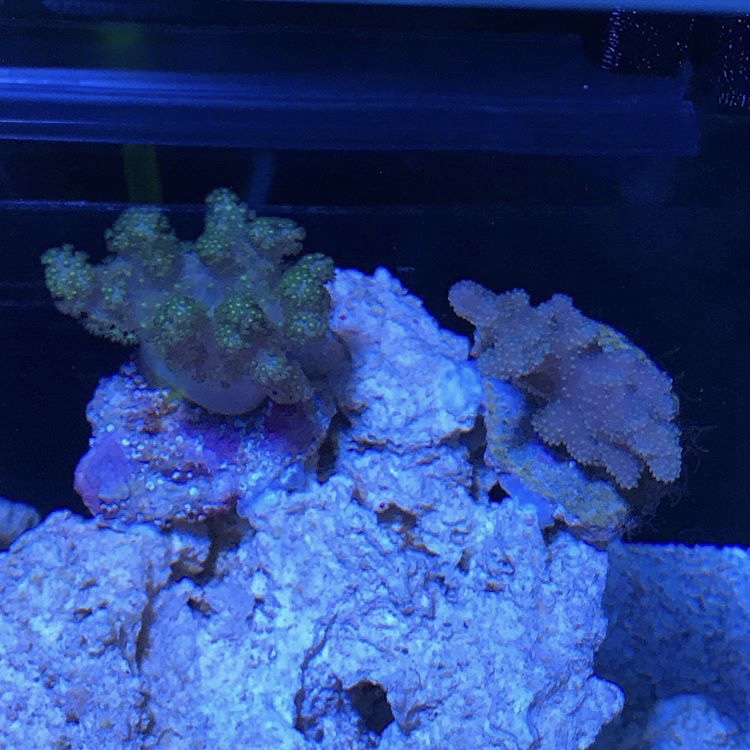 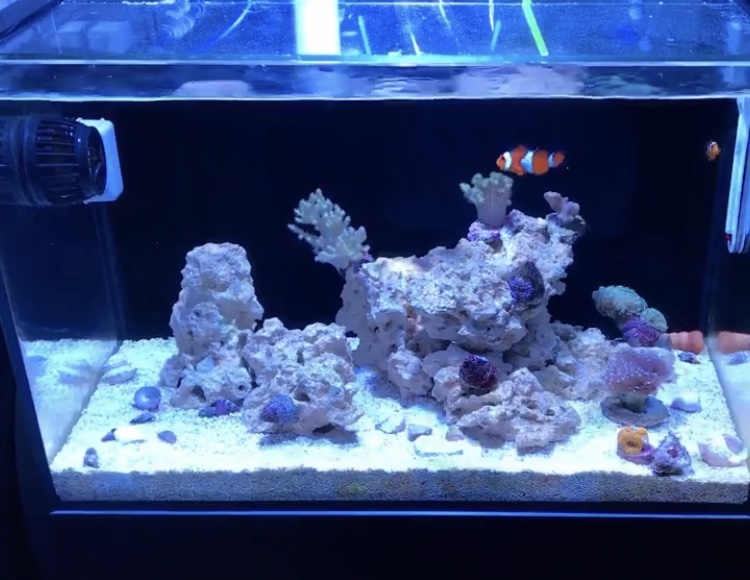 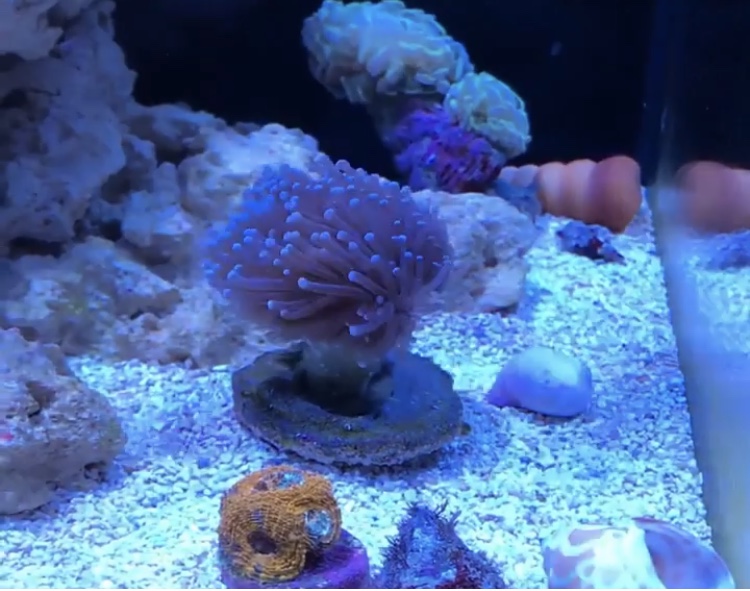 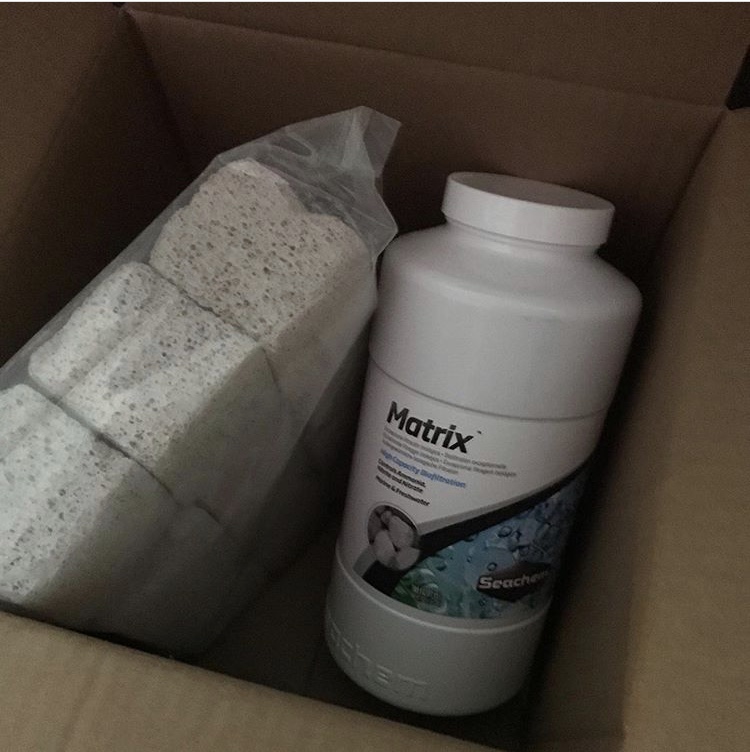 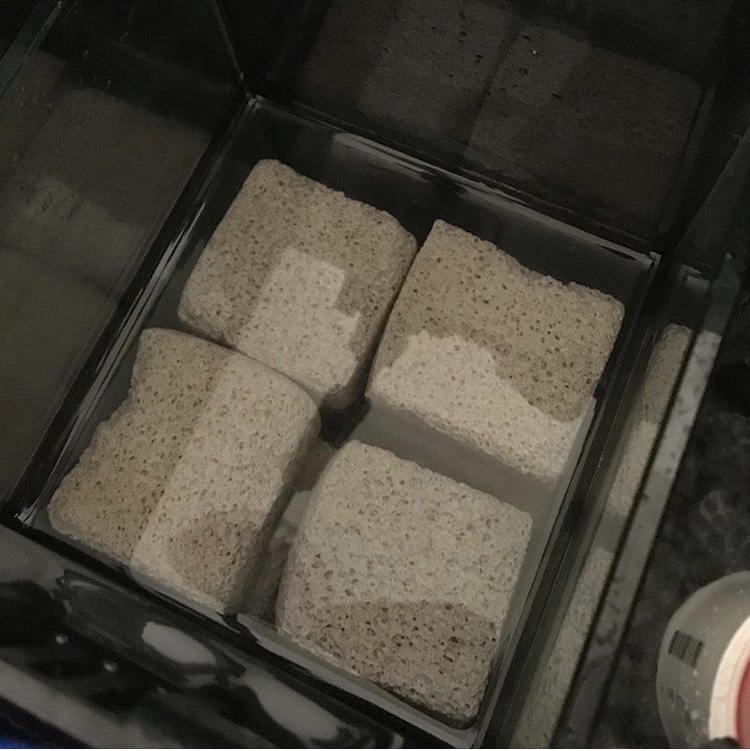 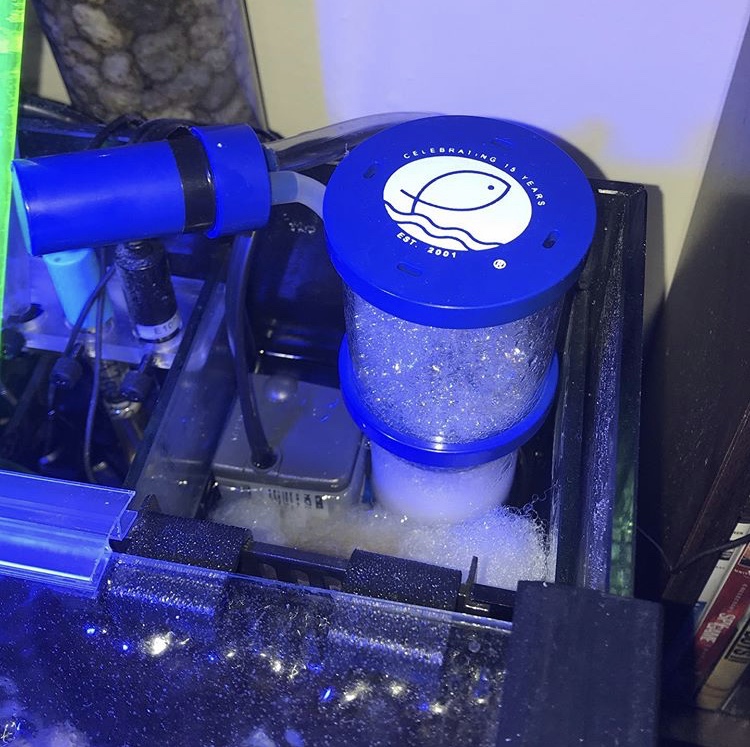 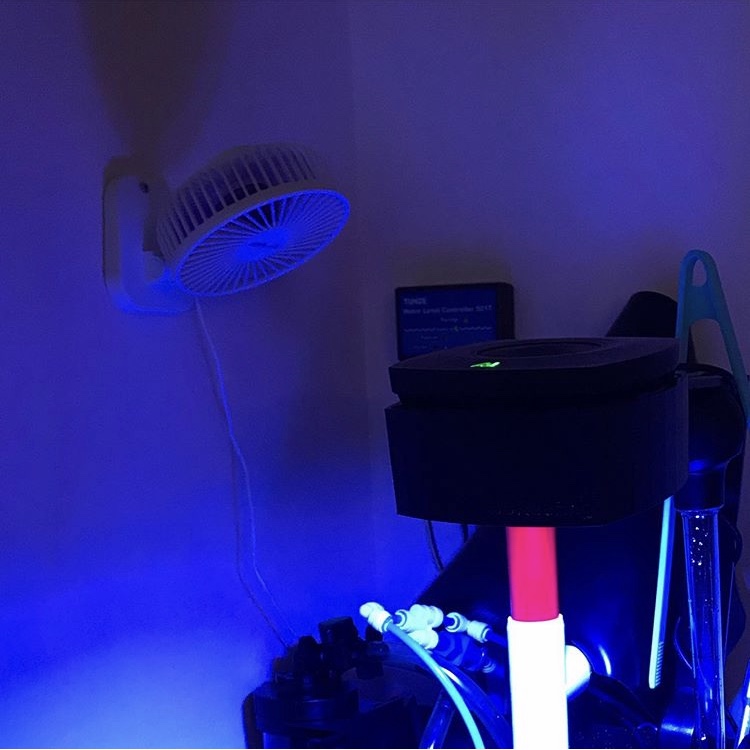 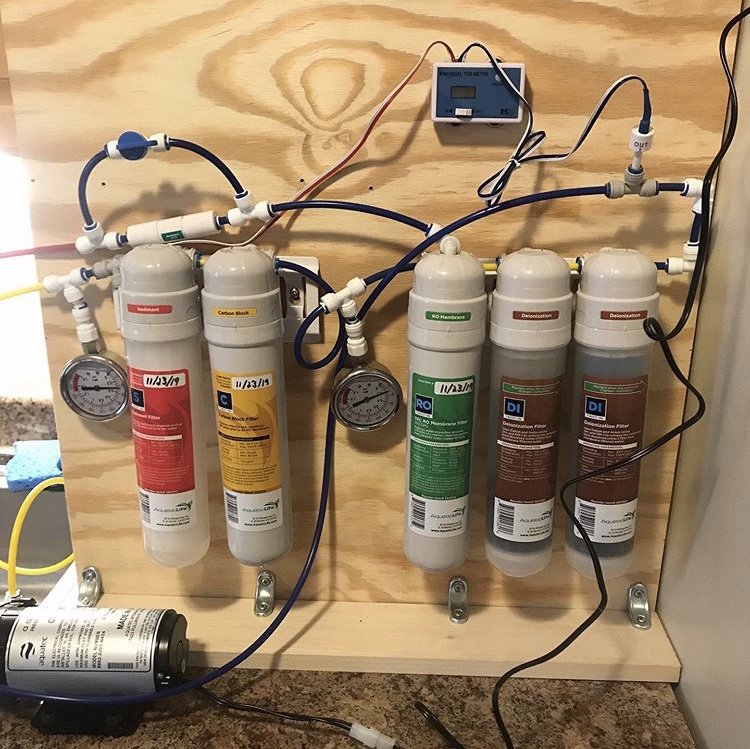 I’ve been slacking on keeping this thread updated. Mainly due to a new addition to the family. The tank has gone through some up and downs over the past few months. Alk spike and bleaching. Then once recovered I had my alk drop with my nitrates fully bottoming out. This lead to a huge dino outbreak, that the tank is now recovering from and trying to stable out at the moment. I am almost 100% dino free after a month struggle. I ended up raising my water temp slowly from 77.5*F to 80*F, siphoning out the dino and part of the sand bed through a 100 micron sock, dosing 2ml of peroxide, and have been steadly dosing ab+ with drtim’s. 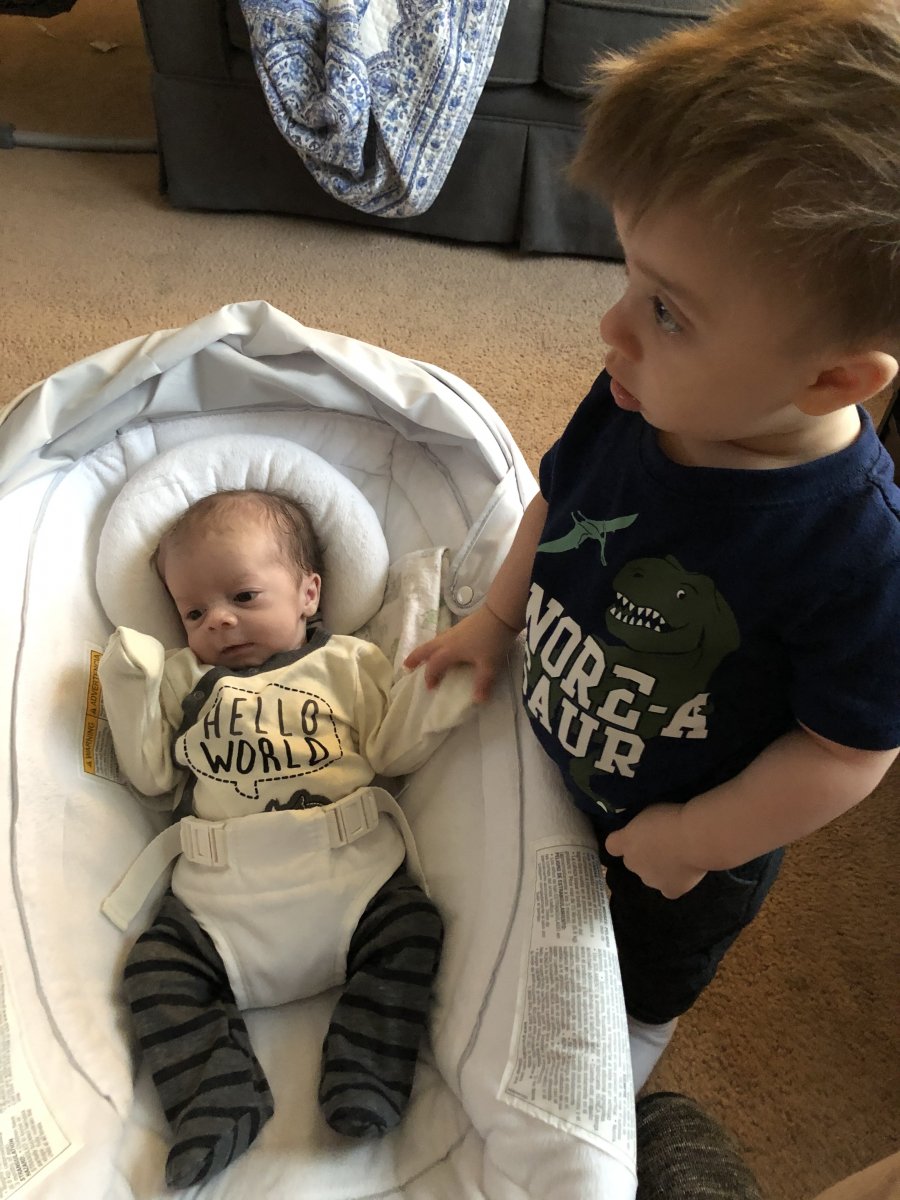 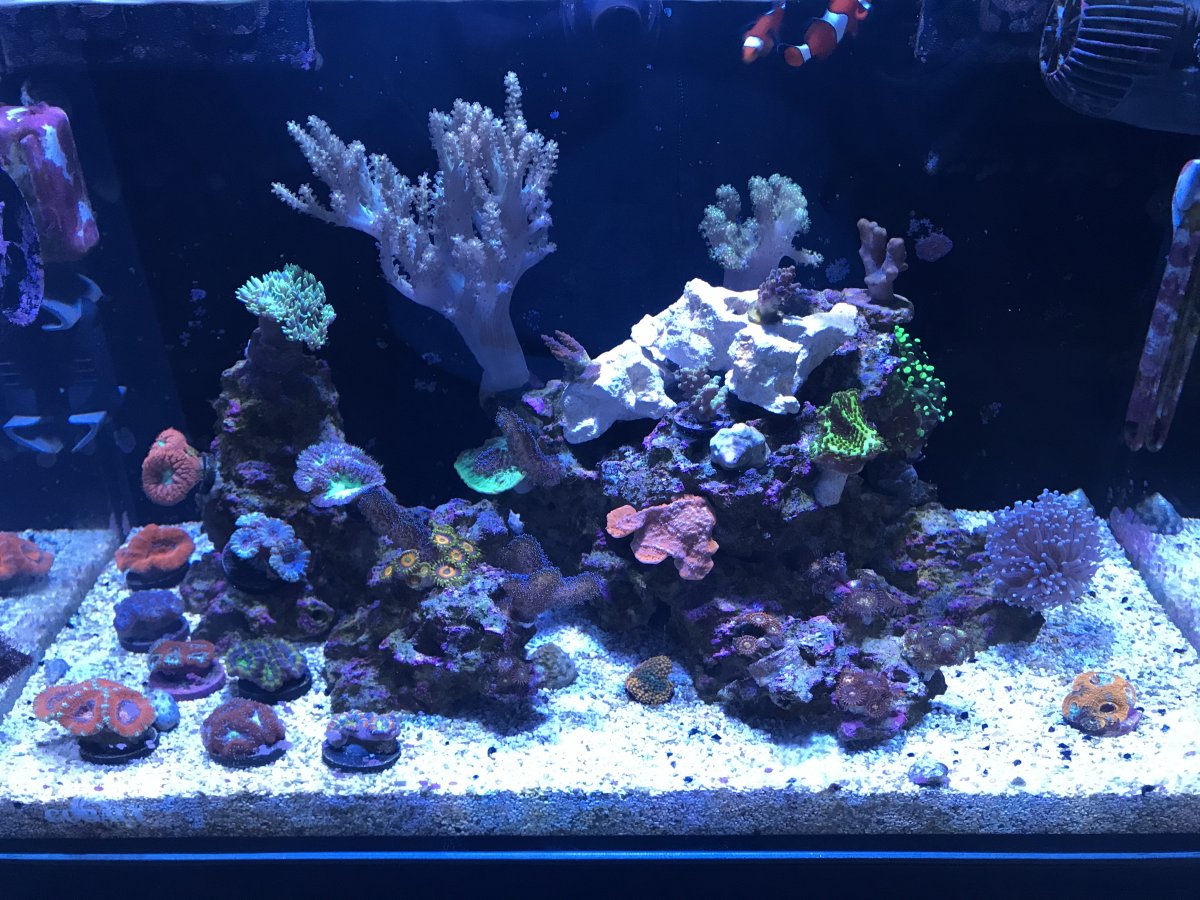 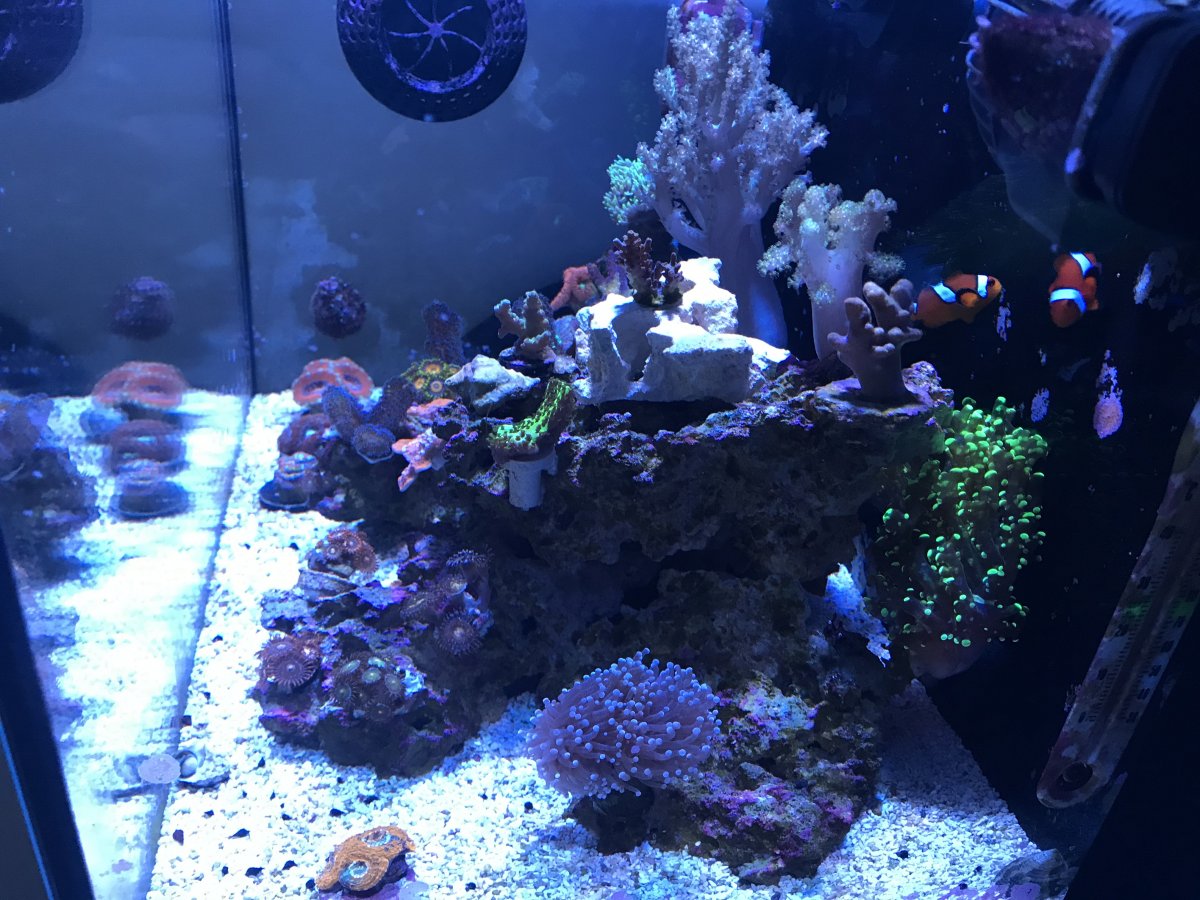 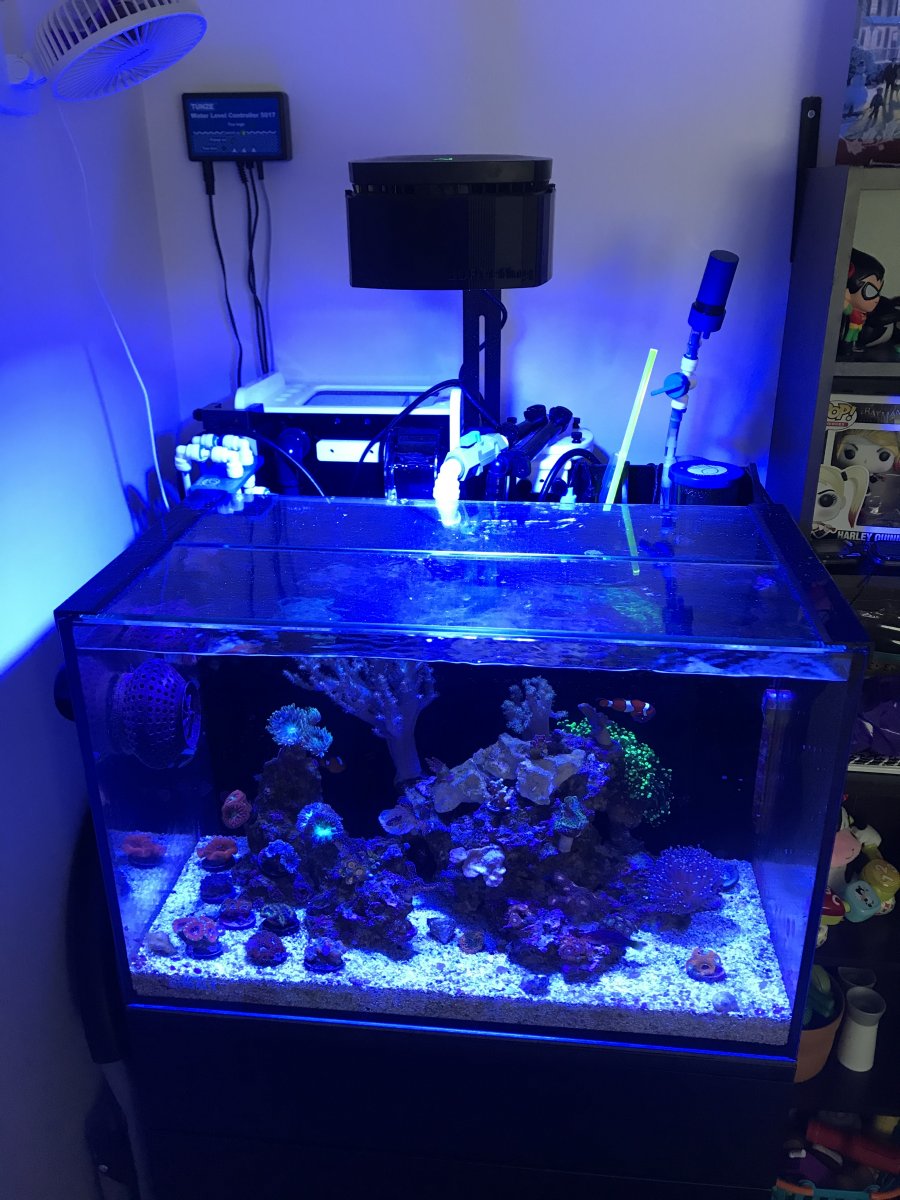 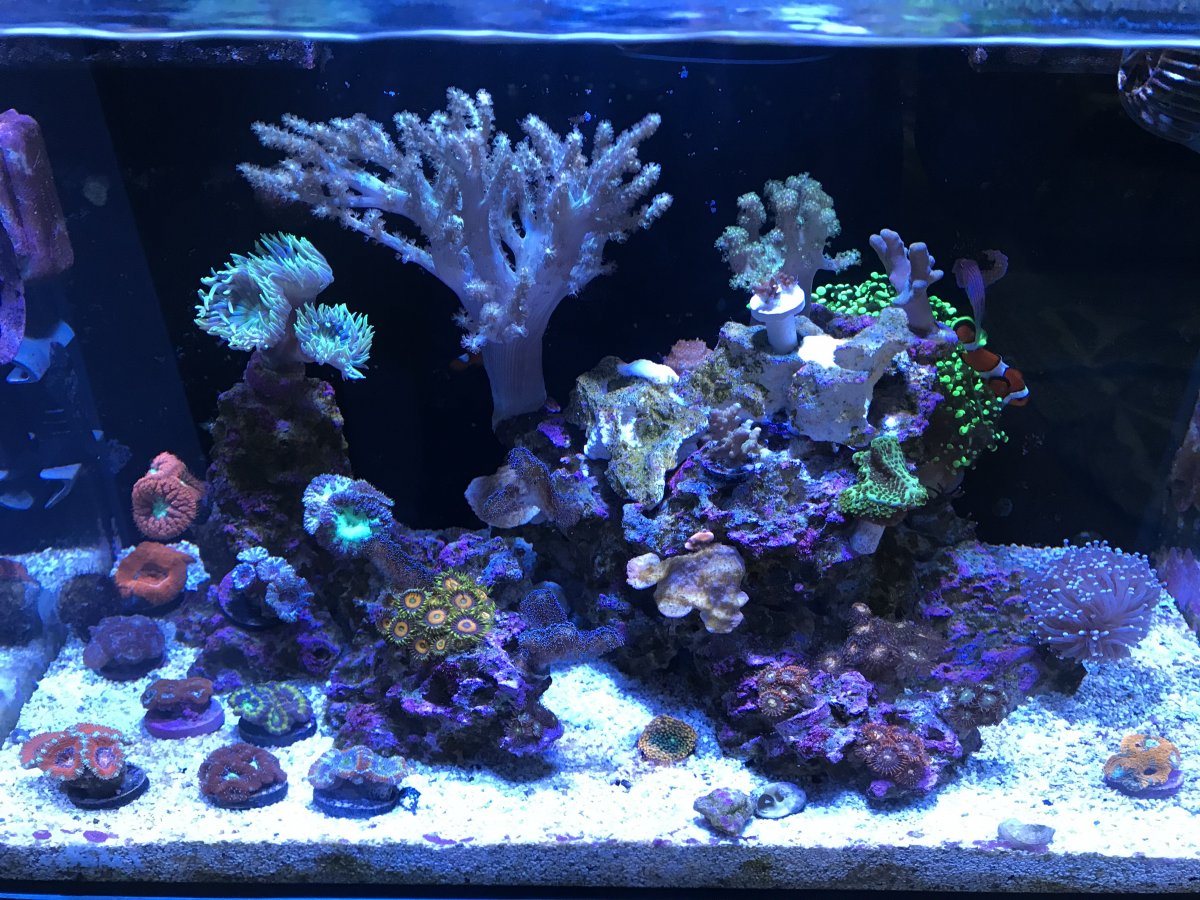 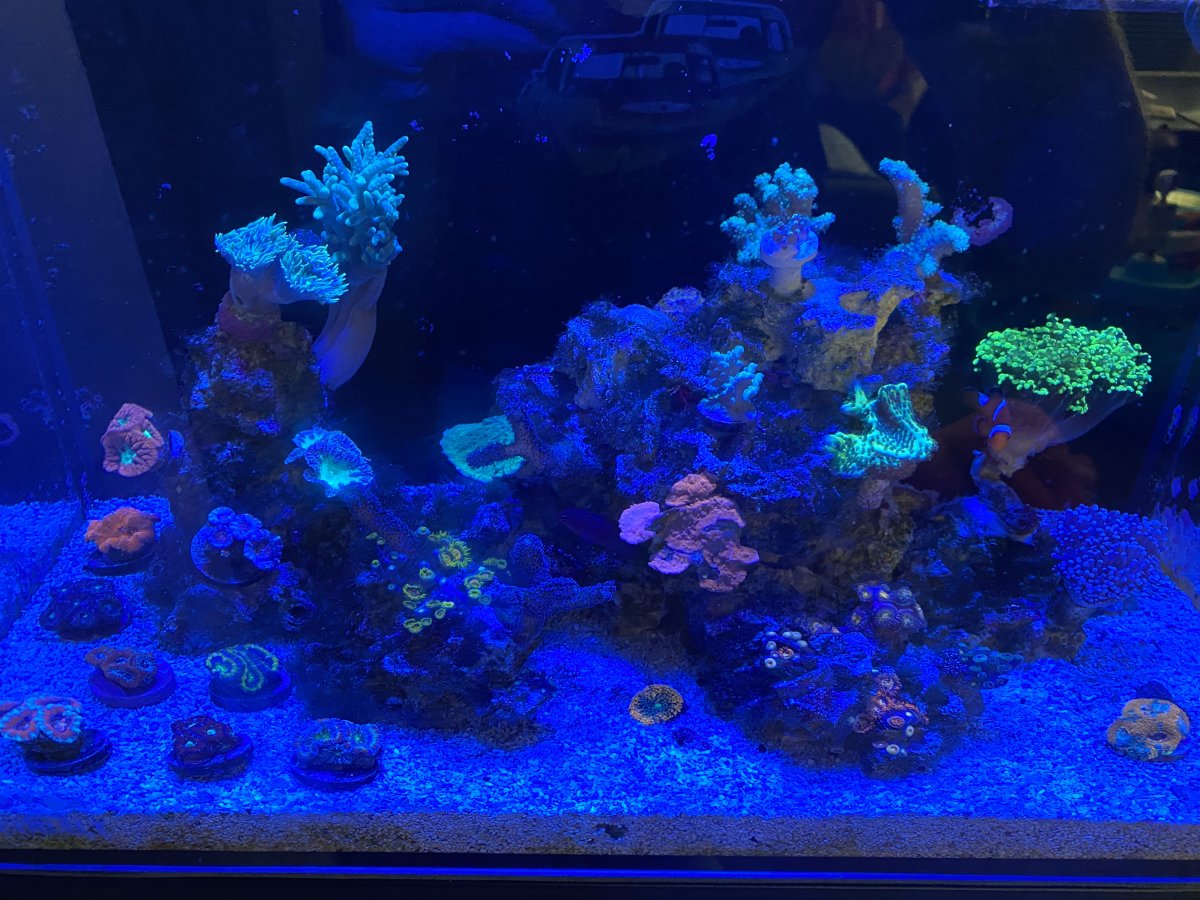 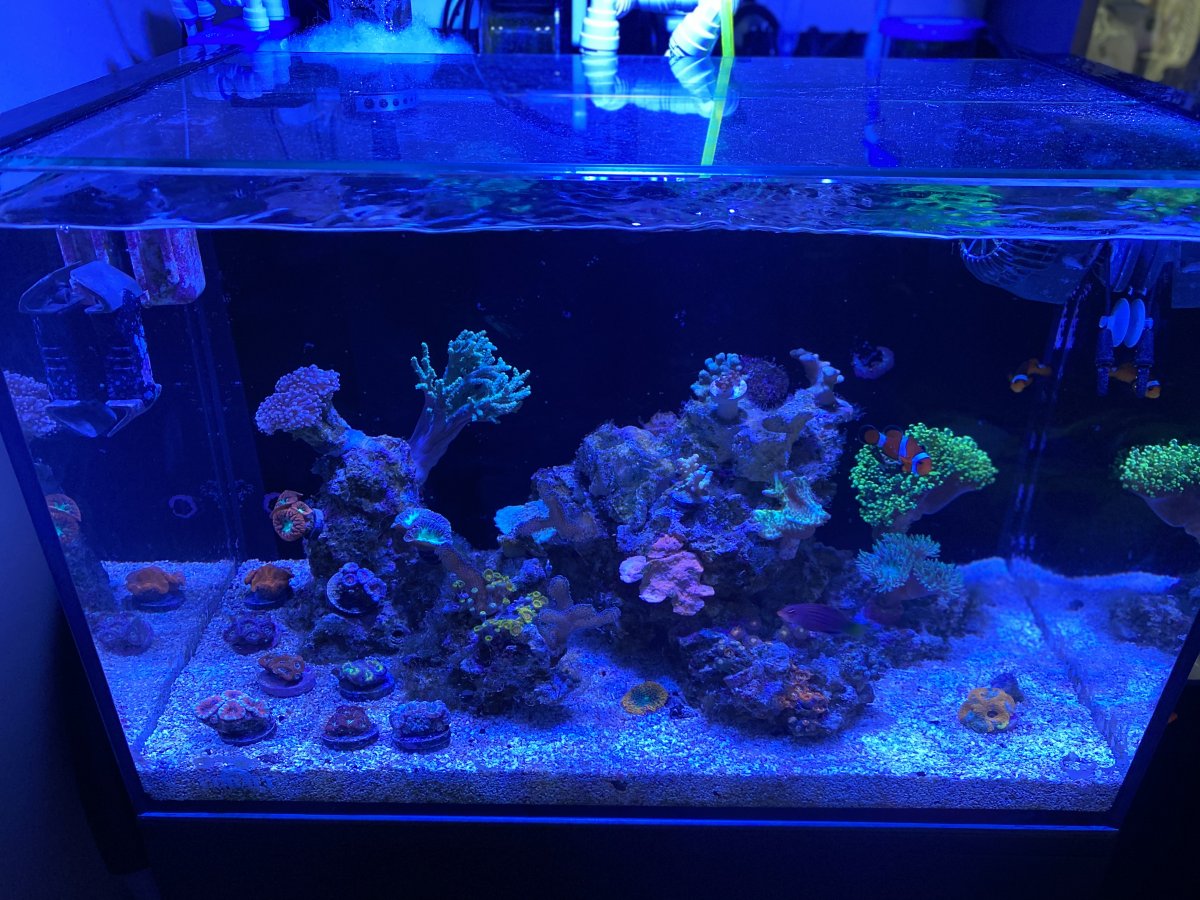 Anyone know of and have thoughts on colbalt aquatics aquariums?