Hey everyone. Im starting a new 75 gal mixed reef build and decided to do a build thread. Never blogged or even posted on reef2reef before but I have loved all the good information I've gotten here in the past. A little background, I had a cobalt c-vue 45 all-in-one running for about a year with pretty good results. 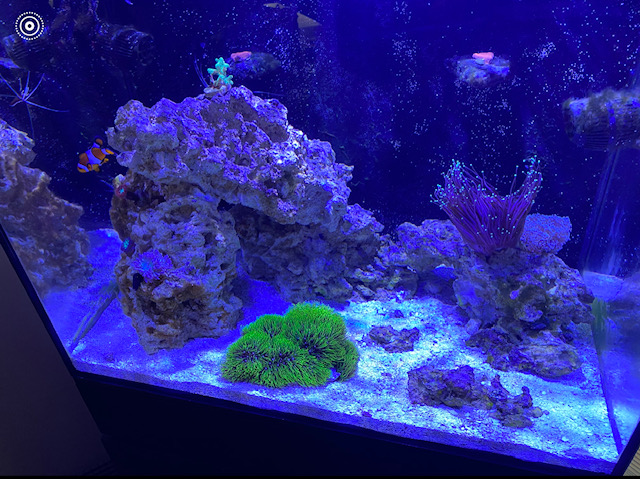 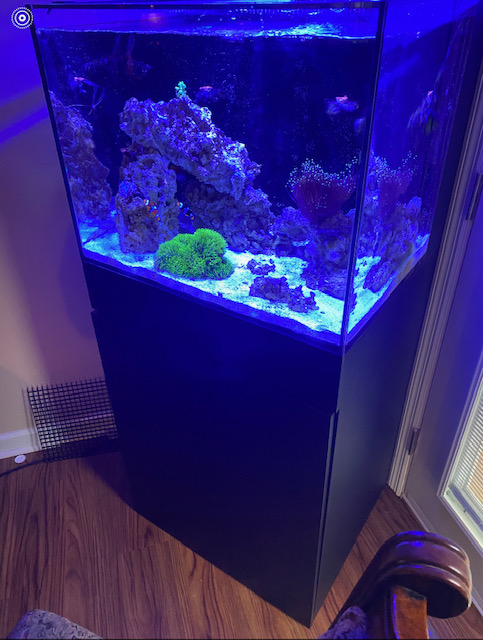 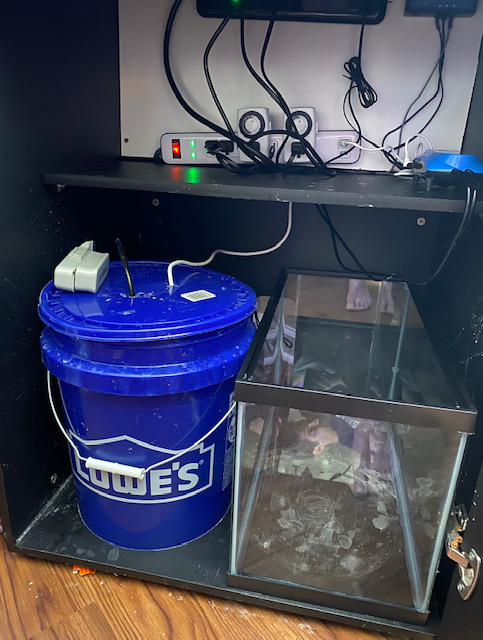 Unfortunately for the tank, although very good for our family, my wife got into grad school and we were required to move. We moved to Kansas city in the middle of Jan. The rock and livstock went throught two moves in just under a month. Out of the 45 into a 20 gal long on my moms spare bedroom floor while we closed on our house. Then up to KC during what someone from the south would call a bizzard. The drive was about 12 hours and the water got way to cold. I set up the 20 gal long in our basement and got everything warmed back up. Unfortunately I lost most of the corals besides a torch, gsp, duncans, and some blastos. 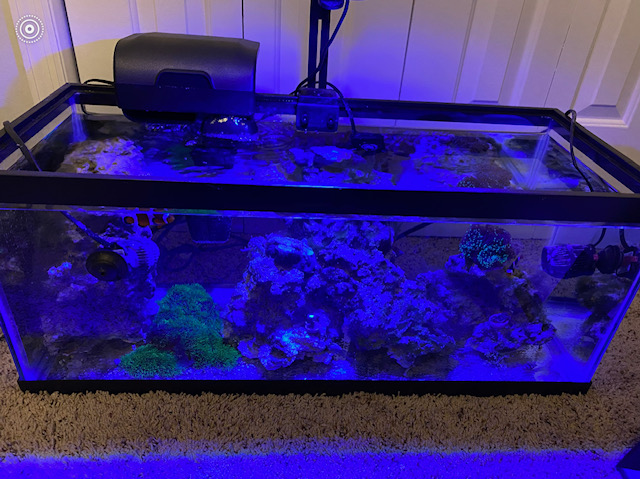 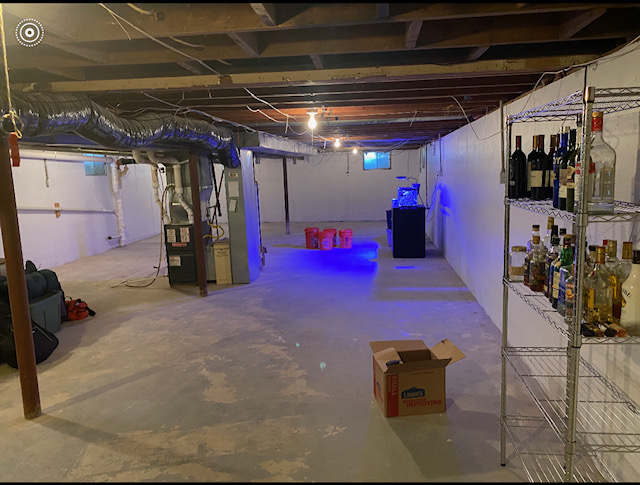 Ive thought multiple times about putting the 45 back together but havent got around to it for several reasons. First the 20gal is sitting on the stand for the 45 gal at the moment. Second the AIO back is acrylic and has separated from the glass and needs new silicone. Third one corner of the tank had depeloped a long "bubble" along the corner between the silicone seal and the glass. There were no leaks when Ishut the tank down but with it having been dry for 6 months and moved 1000 miles I'm not sure that I would trust it anymore. I've always wanted a reef tank and had loved having one for the past year but I was about to sell off the last of my fish and corals and try to get back in the hobby in a couple years. Thats when my wife came home told me that her co worker was giving away a 75 gal tank. She also mentioned that two other of her coworkers said they had saltwater tanks. This lead me back down the ribbit hole of frag swaps and how much I enjoy the hobby. So with my wife in grad school (read limited money and time) I'm going to attempt to put together a medium size tank that looks nice, grows corals, and doesn't break the bank (though it might bent it slightly). So the plan is to take this old 75 gal tank and turn it into a mixed reef. 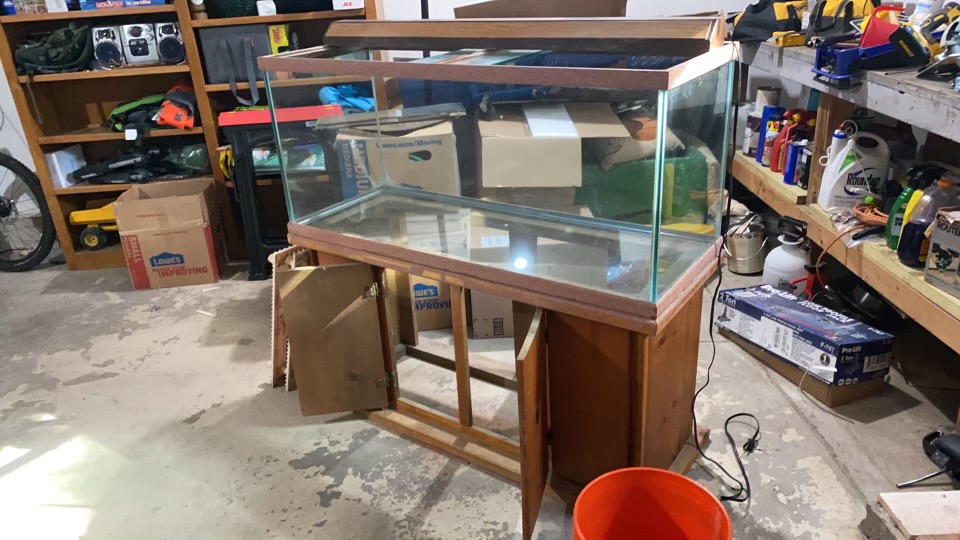 I plan on drilling it and adding a overflow and sump, building a new stand with removable paneling, picking out new return pumps, heaters, lights, powerheads, building new rockscape and adding new livestock. Stay tuned and feel free to offer any input on how to keep cost down if you have it. My next post will be on some questions on selecting equipment and what I currently have in mind for the build followed by a post with the first leak test and painting the rims.
Last edited: Aug 24, 2021

If you've got the money or can get the money you'd be better off starting with a newer and already drilled plumbed tank. Silicone can weaken with age. The wood trim look is about as cool as wood paneling (though to each his own). You're almost certainly limited to drilling the back glass as bottoms on older tanks are usually tempered. Although, rear drilled over flows have improved greatly and are in favor by some. I'll probably go that route in the future.

Welcome to the forum. Best wishes for your build.
OP
F

chaostactics said:
If you've got the money or can get the money you'd be better off starting with a newer and already drilled plumbed tank. Silicone can weaken with age. The wood trim look is about as cool as wood paneling (though to each his own). You're almost certainly limited to drilling the back glass as bottoms on older tanks are usually tempered. Although, rear drilled over flows have improved greatly and are in favor by some. I'll probably go that route in the future.

Welcome to the forum. Best wishes for your build.
Click to expand...

Well I do agree for the most part. A couple things are stopping me from buying a new tank. One I plan on this tank having a life of two years. We will move again after school so I’m not as concerned about the long life of the tank as long as it doesn’t burst. Two, The silicone looks pretty good on the tank and honestly feels more solid then new aqueons I have. Wood trim isn’t my favorite for sure but it’s solid and it doesn’t look like wood trim any more. I put enamel over it. From what I can tell with polarized glasses none of this tank is tempered. The plan is to put an eshopps overflow in the middle on the back pane.
Last edited: Aug 25, 2021
OP
F

Hey guys. Here is some more info on what I'm thinking/planning on this build. Im going to be building a new DIY stand for this tank. The stand that it came with isn't really to my liking and I would really like removable planels. The stand it came with is pine and sturdy enough however its only 2 feet tall and not wide enough to hold a 40 breeder that I want to use as a sump. 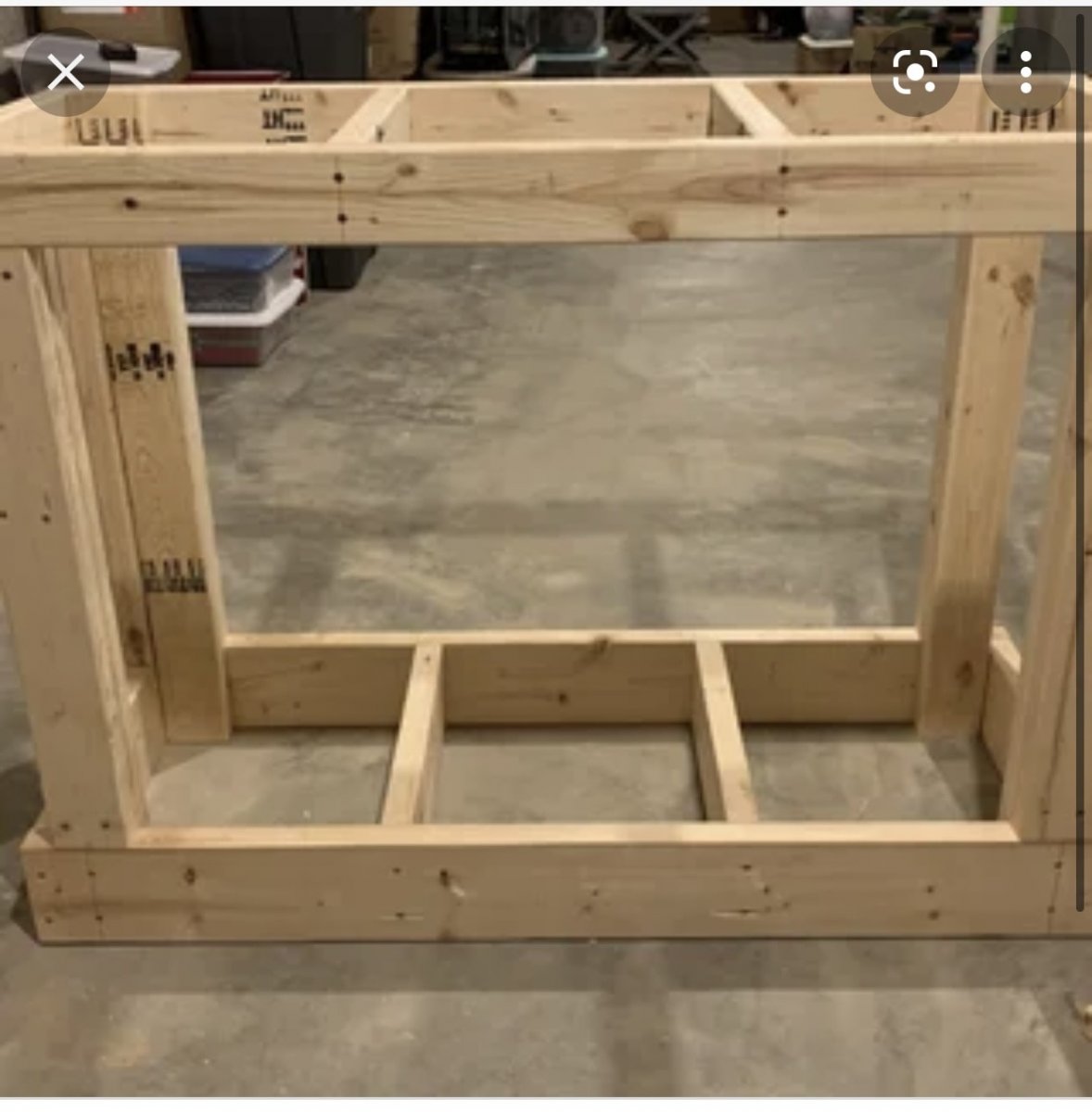 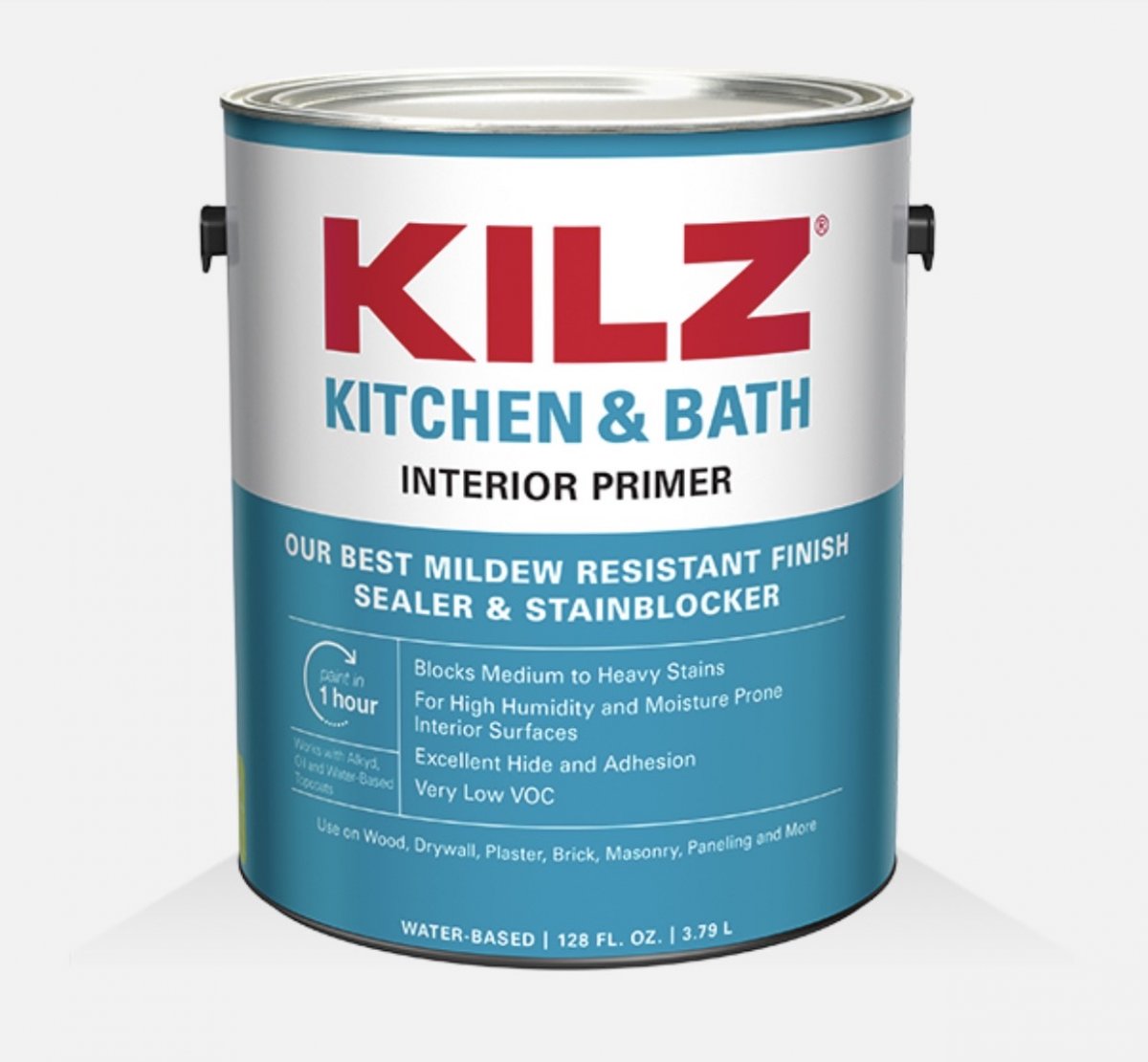 I'm going to start off by building a simple 2x4 box stand like you can find all over the internet, seal it with white kilz and then after the tank is running build some removable planels to dress the stand up some. I believe I've settled on 3.5 feet for stand hight. That way the sand (yes I'll be using sand) will be about eye level when sitting on a chair and the top of the tank about eye level for most people standing. The top of the tank with be about 5'2" off the ground that also should leave me enough remove for a small storage shelf above the sump in the stand. My idea at the moment is to have the removable planels attach to the stand with magnets like these 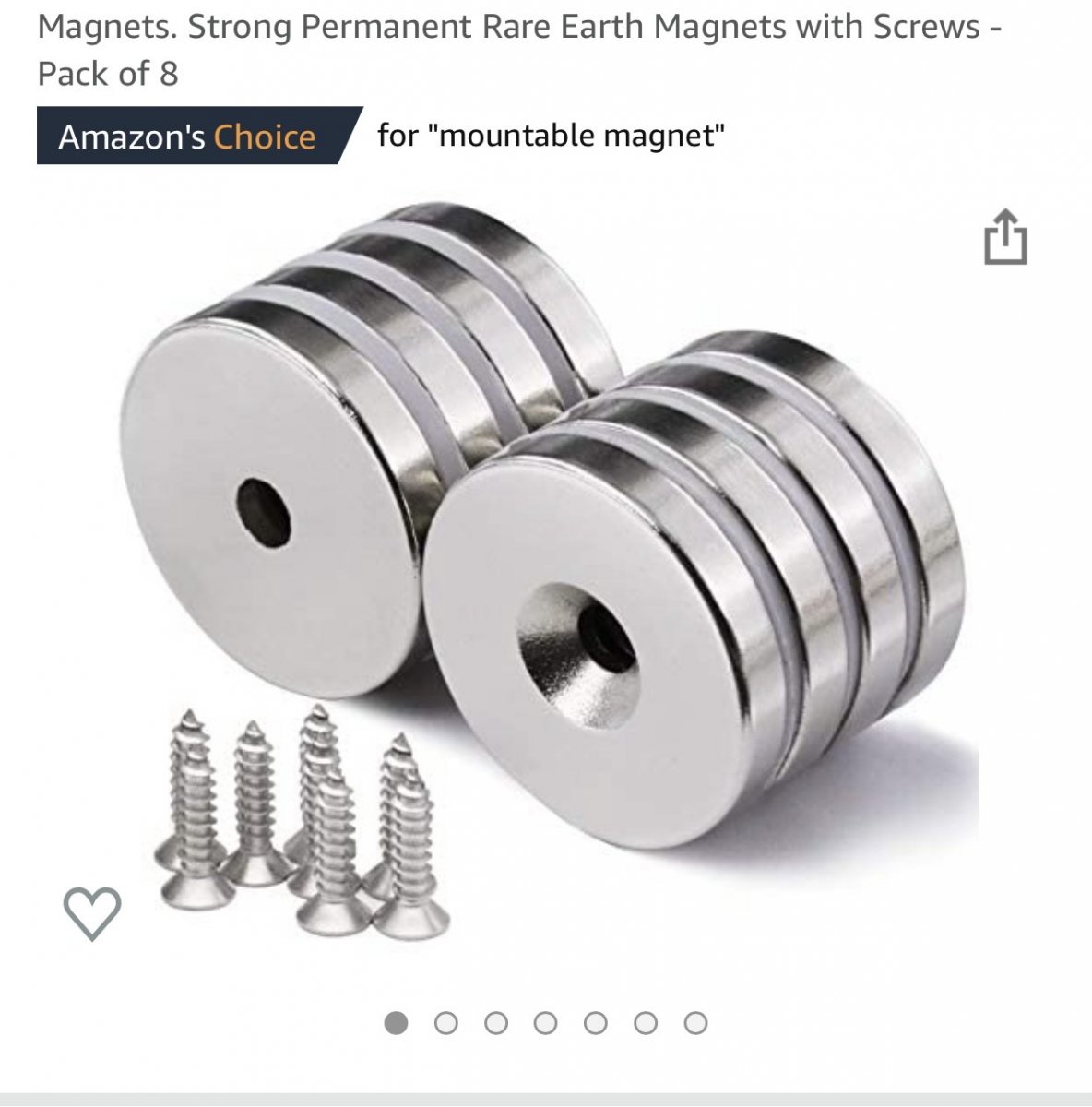 but maybe hinges, we'll see how is goes. haven't decided yet if I want to try to make cabinet door style planels to match my kitchen cabinets or do a flat formica style planel like red sea. 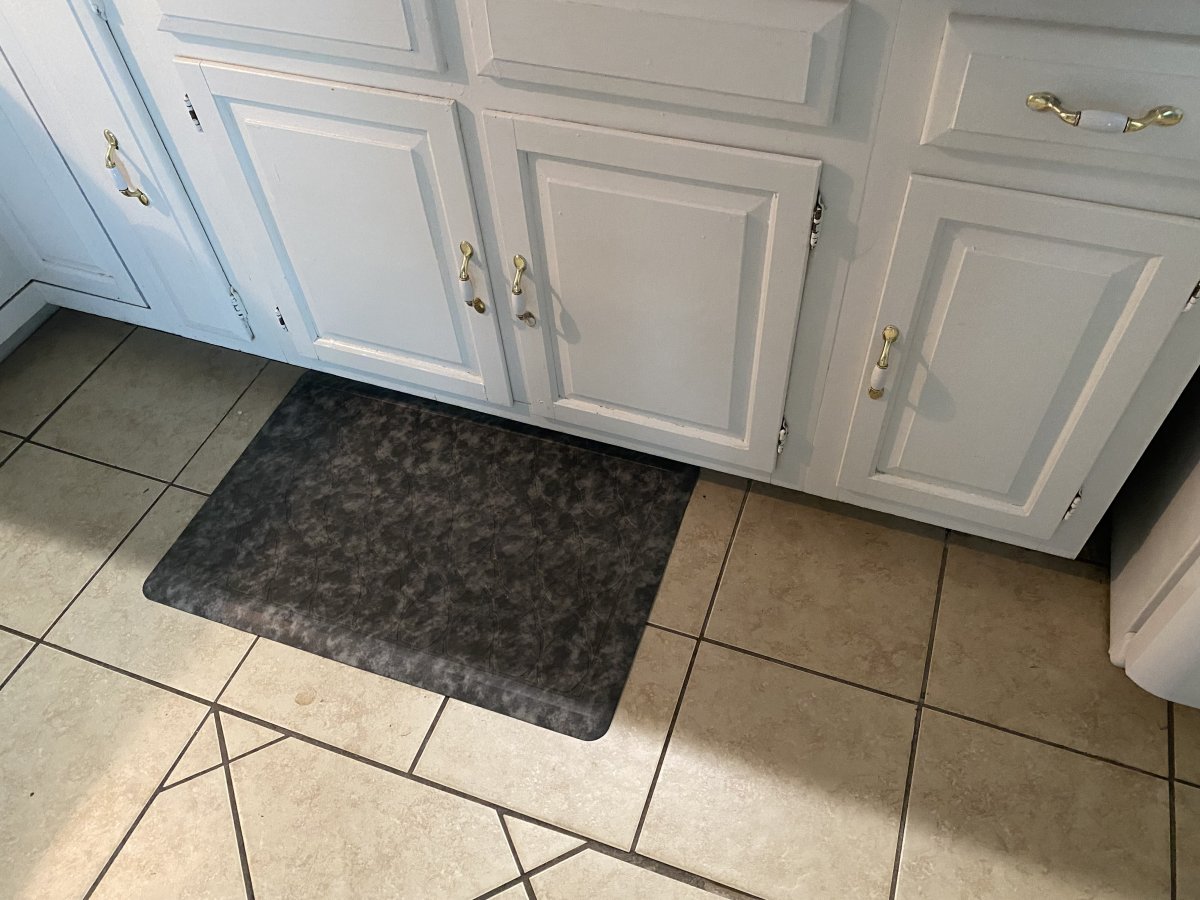 I'm going to order about 50 pounds of marco dry rock for the aquascape. I have about 40 pounds already that has been live for about two years now. I liked working with it in the past and want to stick to the same stuff. Ill be drilling the tank for a eshopps slim overflow and plan to run a herbie overflow. The slim is only rated for 6oo gph which is a little lighter then most but I like the small profile and thats still x8 DT turn over which is more then enough. I plan on controling the siphon with a gate vaule. I really want to hard plum the tank but im not sure its worth it seeing how I plan to upgrade in a couple years. We'll see. Plan to build a DIY sump with a 40 breeder and glass baffles. Will run filter stocks skimmer refugium and returns. For returns im looking at two sicce 1.5s. That will be a little over 600gph the overflow can handle but they are ajustable somewhat I think and I'm wanting to run a carbon reacter off one. that will reduce the actual tank turnover some what. If anyone knows how to do the math on that I would be interrested. Possibly add a cheato reacter down the road. Saw some hitauing powerheads on amazon that look interesting, might give them a try. I would love to have some ecotechs but this is not that kind of tank. my old tank is running hydors and has never had a problem. I like the DC wavemarker on the hitauing's although they are cheap so might have to replace every year or so. Same with heaters. I have a strong urge to just use two 150w eheims. I use eheims for my mixing station and have never had a issue and they're cheap. However, I would replace then once a year on a display. I really like the look of the brs heaters with the ink bird temp. I like having the wifi capability, them being titanium, and the two temp probes but they are twice the cost. I'll put a ball vaule on one of the returns for head pressure if needed for the reactors. Lights.... I have a zetlight ufo running on my old tank. Plenty for the old tank but would need another one for the 75gal. The tank came with a freshwater t5 (not using of course) and a black box LED. Its bright but there are only 3 blue LEDs in the box which I don't like plus its huge. Im probably going to buy a second ufo. The light is great but the app is a pain in the a**. If I wanted to buy all new lights I would probably have bought primes.

So main questions for you guys
1. Two year tank, hard plumb or no?
2. Cheap heaters and replace, better heaters and dont.
3. Sicce flow rates when running through a reactor.
4. Do you like the red sea/waterbox stand look or cabinets

The tank is painted and has water in it right now for a leak test btw Ill post pictures on that next time.

Build Thread Well getting there I think