Its about 7 hours ive done this .But nothing has happened .
So it seems to be cyano.
Whats chemiclean?
Can i use it while corals are in the tank?
Or are there any other methods dor treating the cyano?
OP

arman said:
Its about 7 hours ive done this .But nothing has happened .
So it seems to be cyano.
Whats chemiclean?
Can i use it while corals are in the tank?
Or are there any other methods dor treating the cyano?
Click to expand...

Some people treat cyano by reducing nitrates and increasing flow. You can also speed up the process by using Boyd's ChemiClean (there are other brands too) to kill the cyano to get rid of what is in the tank. I think it's best to siphon out as much of the algae as possible to ensure you don't just release nutrients back into the water once the cyano dies.

There are 2 different type of treatments that are marketed for cyano that I'm aware of, one is an antibiotic and the other is some sort of oxidizer(?). We don't want to use the antibiotic type since it can possibly disturb the bacterial colonies in the tank. So the oxidizer type is best and is considered reef safe. 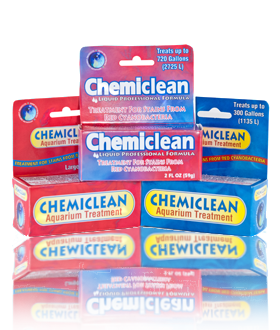 Im a little confused cause where ever i take alook at cyano bacterias they are red.
But mine is brown.
Can cyanos be brown or in other colors too?

for sure. monera in reef tanks can express green black purple red brown golden yellow and clearish, although reds are favored in reefing and blue greens favored in freshwater. Cyano are the single most constant presence invader in any reef tank, they travel the globe, they live in your garden dirt and get into any aquarium on a constant basis by standard cross contamination pathways and by aersols/floc in some instances. they get in every reef tank daily, and either express as a colony or not.

in contrast, dinos must be imported in every case there is no other transmission pathway other than direct physical import from currently wet reef substrates. this is handy because we can plan accordingly, cyano w be ongoing remedies we provide either by direct attacks, grazing, meds or low nutrients and dino once truly beaten, DNA eradicated, cannot get back in even if those things vary. it must ride in on purpose by the non QTing reefer lol. also consider small coloration variants that result from two or more invasions on the same substrate, this occurs commonly as vital space is a hashing ground in the reef tank, a race to capitalize.
Last edited: Oct 28, 2015

Sonnus I have been sending the id trick around and its really taking off.
0

Hey Brandon,...thanks for the link to your site. I really liked this fellows id info. > http://api.viglink.com/api/click?fo...ms&txt=http://www.algaeid.com/identification/

007~
That is good link back! I haven't seen that detailed summary page you posted that's great. As I link up this stuff I'll begin using that too

Is that page saying those bottom wiry red pics were close up of cyano? I hadn't seen cyano under a scope but didn't expect it to look like that?

I just scanned it kind of quick and put the link in my Word file on this thread for my future referral,...but I think he said cyano,... which you really don't need a microscope to see.
The poster gave his contact info and even said he would try and help with the id if you send him a slide of the algae your looking at,...main reason I posted his link,...sounds like a nice guy.---Rick

Very informative. Mine is definitely Ostreopsis. They swim in a whirly gig fashion around a central point. 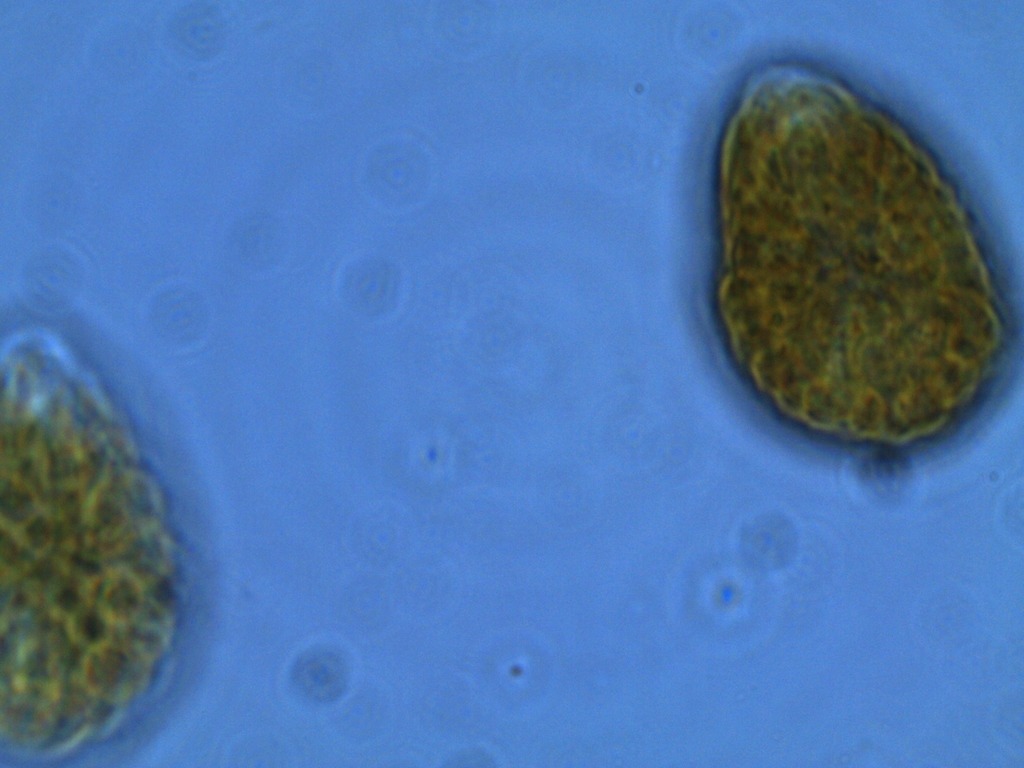 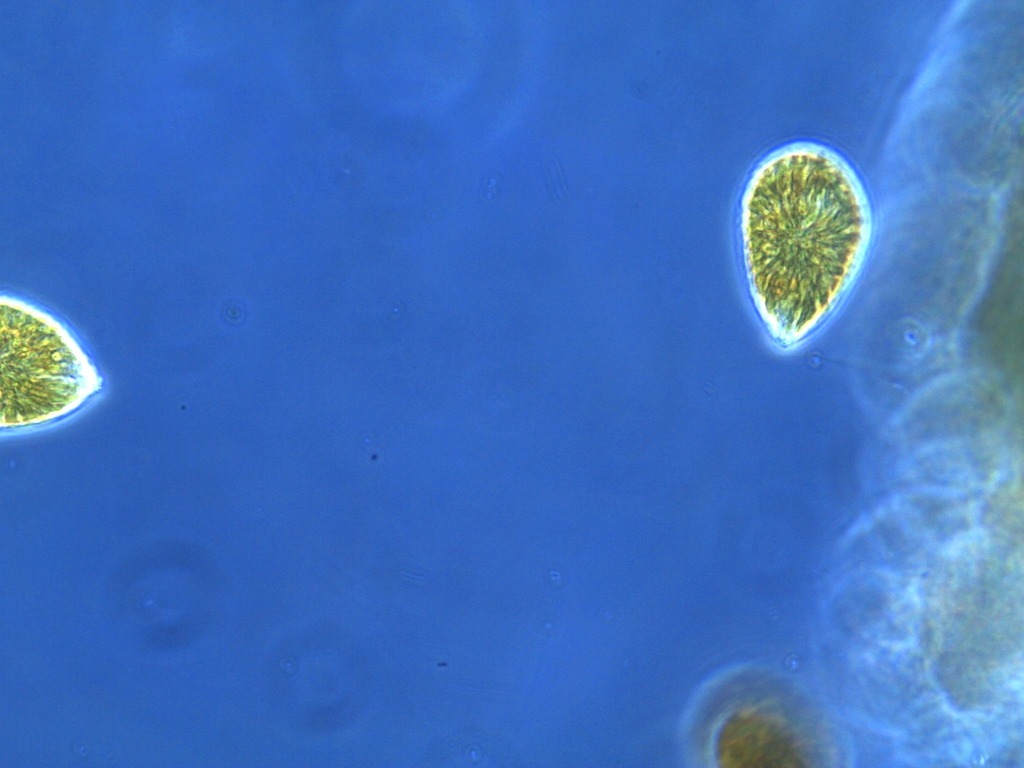 sonnus said:
There have been dozens (probably hundreds) of posts from people trying to identify dinoflagellates in their aquarium. I have posted this in other threads but figured it might be helpful to start a thread explaining this method.

Dinoflagellates are single-celled organisms that aggregate to form visible colonies on surfaces in our aquariums. They are typically described as a brown slime algae.

Correct identification of dinoflagellates is important since different algal blooms have specific treatments that are most effective depending on which type of bloom you're dealing with. Many posters have suggested that microscopic identification is necessary but this is obviously not reasonable for most of us.

I accidentally stumbled on this phenomenon many years ago while siphoning dinos from my tank through a filter sock into a bucket. The water was essentially clear in the bucket but after sitting in the bucket outside I noticed brown slime algae "growing" in the bucket. After stirring the bucket water vigorously the algae disappeared completely only to reappear a little while later.

To identify dinoflagellates you'll need to siphon some algae into a container preferably with a lid or cap. After filling up the container shake the water up vigorously to break up the algae. Then filter the water through a paper towel or filter sock, the water should be rather clear. Leave the water exposed to ambient light in this container for 30-120 minutes. In my experience dinoflagellate algae will be the only type that aggregates back together quickly in the container.

Here's the sample water after filtering through a paper towel 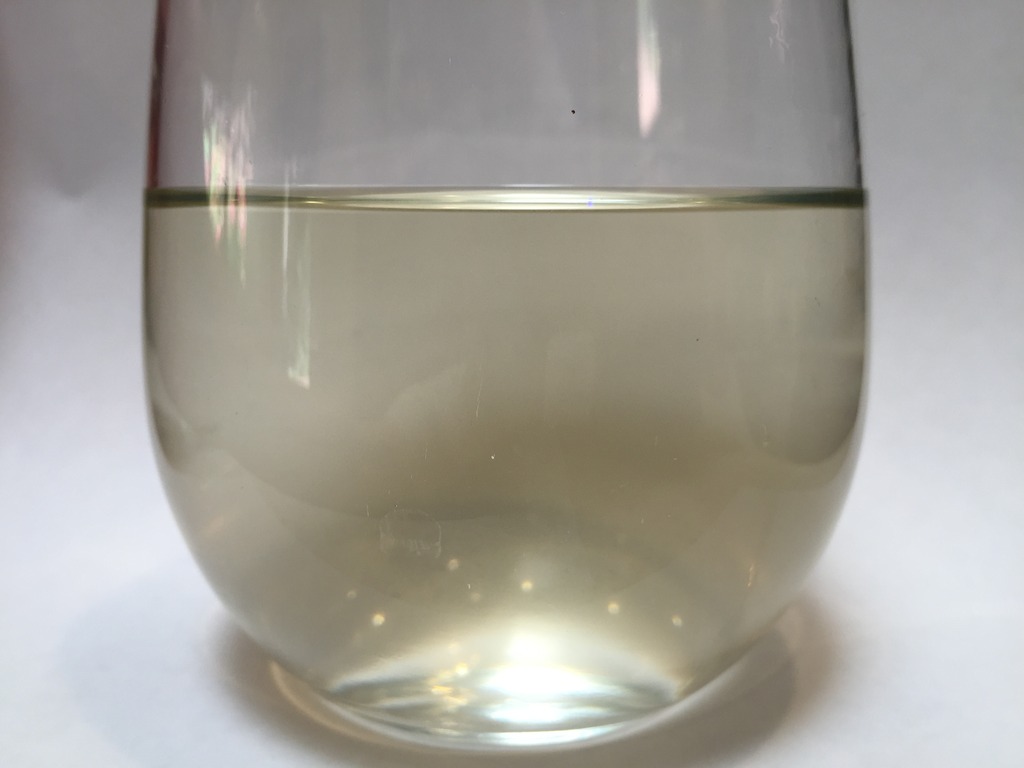 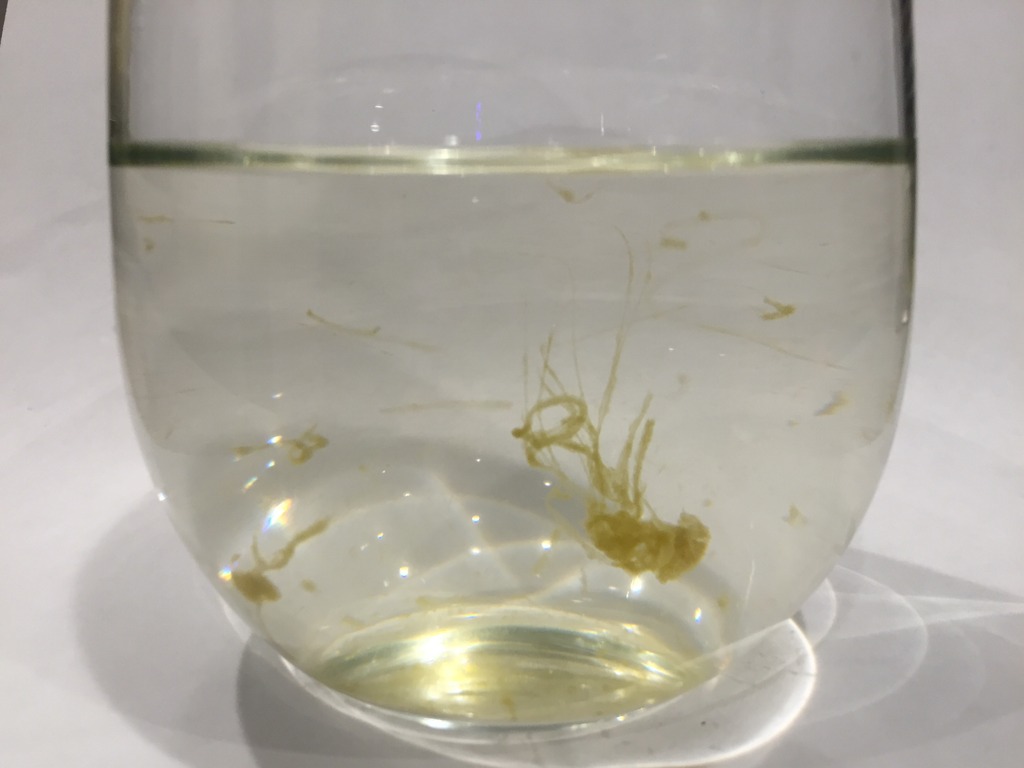 Help pls. Dinos or Diatom? I try to siphoning to glas via filter sock and only get dust on the bottom. But how can i get diatom bloom in 4 year old reef? 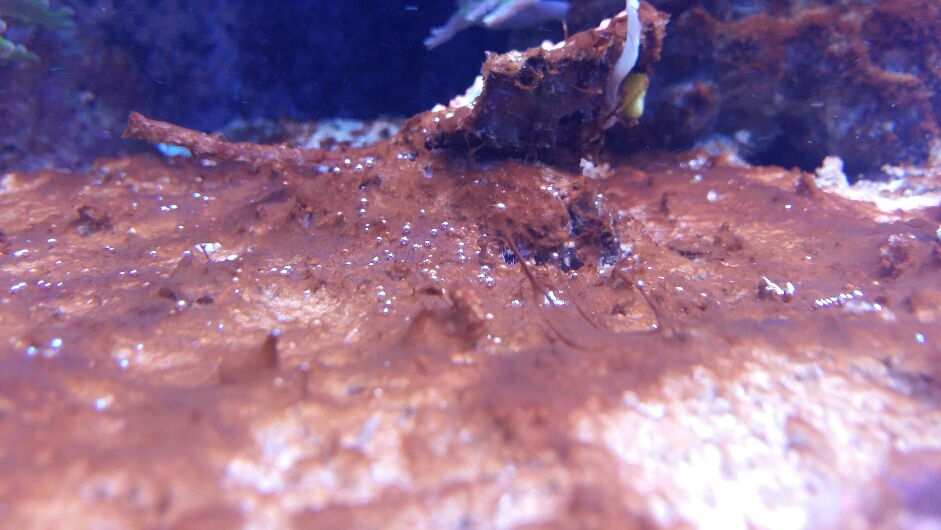 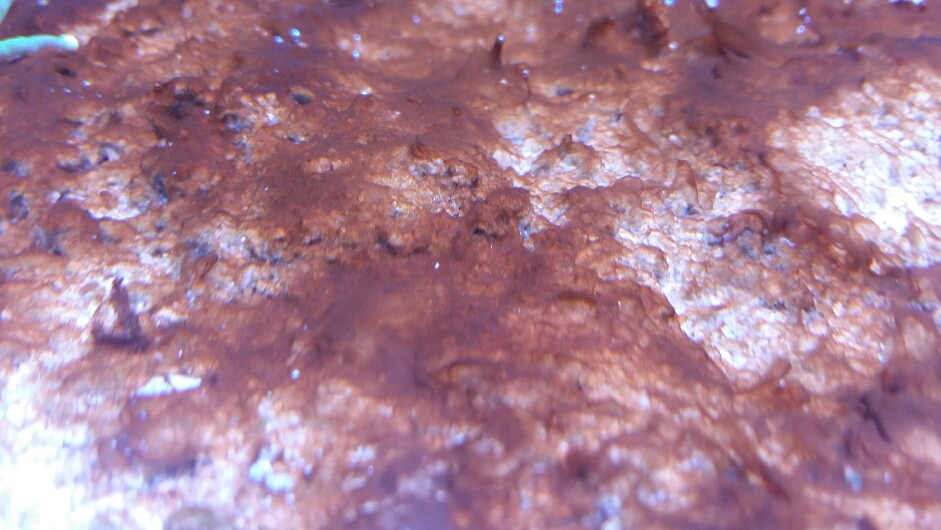 Mine is gone after I stop dosing carbon.

that is cyano not dino

I try with chemiclean and noting happend...first time when i used chemiclean remove whole cyano... and this is brown, not purple...

Based on the thread ID details did you run that aggregation test? The chemi clean is no indicator. Several cyano threads show it not working, it does in others, variable

I feel 100% its cyano there are several colors they can show including what's photographed. Cyano diagnosis is preferable to Dino's every day so it's good ID!

Im having posters pm me on a constant basis for algae/dino control across sites (which I relish as a reef nerd) and about half the cases are unclear diagnoses between cyano and dino, the ranging colors and morphs that dinos assume make initial ID almost required using your technique when they are ambiguous

Im working on another good challenge at nano-reef.com and have linked your thread again, if it keeps panning out like it does for clear ID you will have a thread of the dang year potential. keep refining your aggregation methods and updating, this was an original idea you had.
Last edited: Dec 10, 2015