Hi All,
So I have recently purchased the Maxspect Gyre XF330 with two pumps. I had seen everywhere how they are great since you can connect them to battery backups and keep tanks alive during power outages. I live in Miami and hurricanes typically knock out power for extended periods of time. During hurricane Irma, my power was out for two weeks. So battery backups are very important to me. I have a system of a couple of deep cycle batteries to give me crazy extended power and the best is that I can take one out to my car to charge if I start to get low. (generators are not allowed in my building as I am on the 6th floor).

Now comes my issue/question. Before I purchased my gyres, I read the product manual, and Maxspect mentions that I can hook them up my battery backups but I would need to purchase a Power Switch Adapter(sold separately). See the screenshot of the manual below. No issue. I am fine spending the extra money on the adapter. But I come to find they don't seem to offer it for sale. Bulk reef support didn't know and said to contact CoralVue. Maxspect specific CoralVue customer support seems to have never heard of the adapter before. And tells me to buy their icecaps battery backup instead. But this will only run 2 gyre pumps for a day or so even at the auto reduced speed. Not really an option for hurricane season.

Coralvue also told me to buy the below Y cable....but the connectors seem to be incorrect. 2 males and one female compared to the 2 females and one male of the power switch adapter. So I think they were mistaken in suggesting this cable.

Does anyone have a suggestion? How has everyone else tied Gyres into their backups? Is this possible...or should I just return the Gyres and use a different powerhead?

@csmaxspect @Bulk Reef Supply Any help would be greatly appreciated since the gyres won't work for me if they can't connect to my backup system as the product manual says they can.

Lets start with the Coralvue Y cable. The male end goes on to the output of the battery. The female ends go into the pumps(a lot of people run 1 pump at each end of the aquarium). The Coralvue battery is 24V.

If you are using a 12 volt backup(the system you have now) you need the switch.
OP
J

tnw50cal said:
Lets start with the Coralvue Y cable. The male end goes on to the output of the battery. The female ends go into the pumps(a lot of people run 1 pump at each end of the aquarium). The Coralvue battery is 24V.

If you are using a 12 volt backup(the system you have now) you need the switch.
Click to expand...

Thanks for your reply. I was under the impression that the icecap battery backup is 12V. How else would the gyre know that it was on battery power and lower the output to conserve energy? 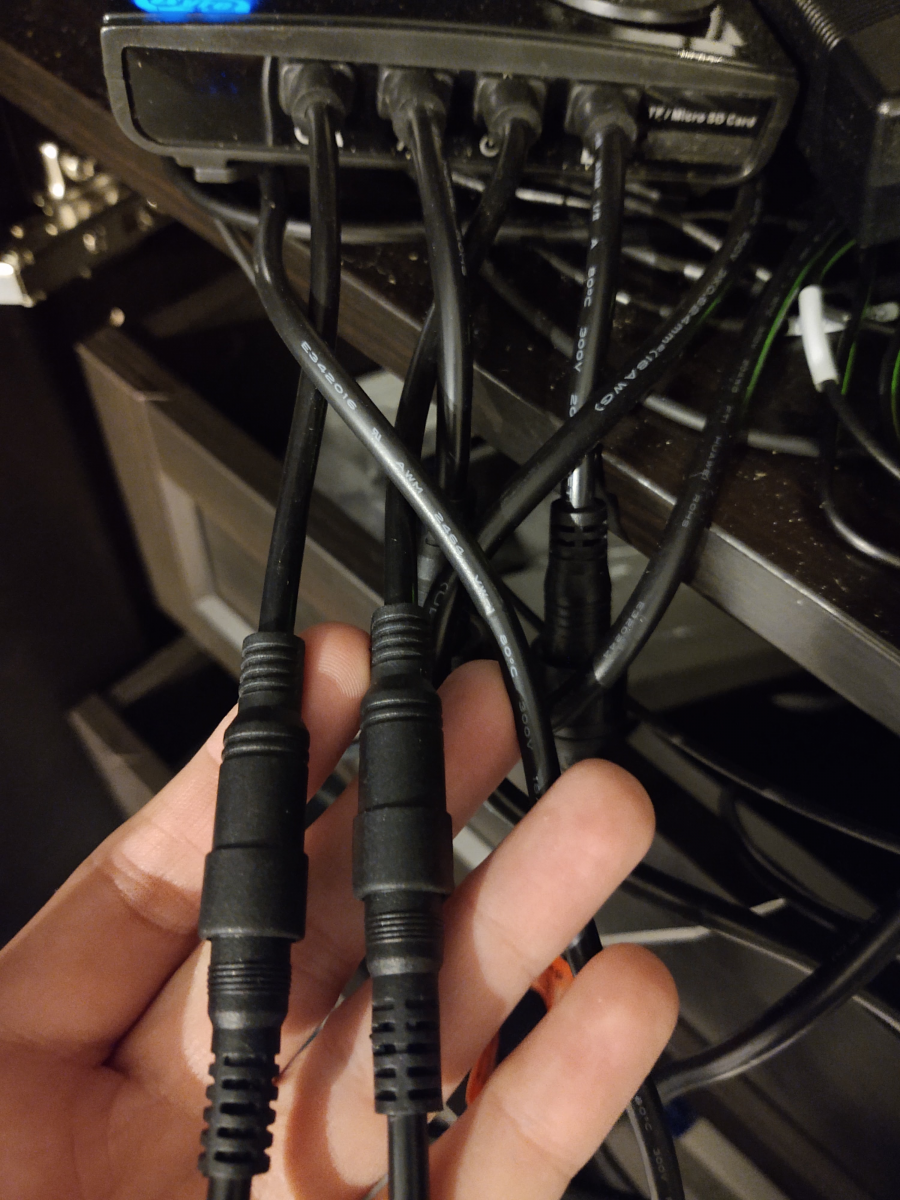 So the Y cable pictured suggested by coralvue in my original post has two female connectors and would only really work if the battery was wired directly to the pumps instead of both 24v and 12v wired at the same time to enable it to automatically switch over to battery when the power goes out. Was that what you were suggesting?

tnw50cal said:
Lets start with the Coralvue Y cable. The male end goes on to the output of the battery. The female ends go into the pumps(a lot of people run 1 pump at each end of the aquarium). The Coralvue battery is 24V.

If you are using a 12 volt backup(the system you have now) you need the switch.
Click to expand...

Any clarification for this one, I built a battery backup and have it hooked up with those Y cables but the second it is connected my second pump with turn off and will not turn back on.

Also does anyone know if you can have the controller keep both pumps on not just one?
OP
J

Just an update for everyone on the thread. So I spoke to Coral Vue. The adapter they still reference in their product manual is shipped with the last-gen Gyres standard. But they stopped offering it on their site and it can't be purchased (my feeling is that they want to force people to buy their battery backup...which is really underpowered in my opinion...especially for the price!!). After threatening to return the gyres since they were now useless to me without connecting to my battery backup, customer support did allow me to purchase the switch for $20. So if they give you a hard time, ask them to talk to the manager and you can still get one.

It is amazing. Now my XF330s work on my DIY battery back up and they run for days and days with no issue on battery. I clocked 7 days before I turned back to 24v...could have kept going. So I am finally ready for hurricane season.

The only issue I will mention. If you have an apex and turn off your gyres during feed mode, the battery backup does kick in, haha. So I installed a switch to cut battery power during feed mode. Not a big deal, but worth mentioning.

Hope this thread helps some of you.