Yes. I have a tank breed coral beauty and a moorish idol. Neither have nipped coral but someday they may.
A

bnord said:
have been interested to see fox face on the caution list, didn't know that before I added one and 1) never seen him touch a coral and 2) rarely seen him graze. So good news bad news....
Click to expand...

I've been through 3 of them. Never bothered my corals, but I just cannot keep them alive either. I was going to grab a 4th but I hate seeing them die. Not sure what I'm doing or not doing because all other fish are fine.

I have a Coral Beauty Angelfish in my 29G. Never had a problem. Infact, this is my 2nd coralBeauty. Both of them have been great.
A

My LFS has Cebu Coral Beauties and I REALLY want one but I worry about the risk. I've had 3 one spot foxfaces and never had an issue with nipping, but I do have an issue keeping them alive. Not sure what I am doing or not doing as all the rest of my fish seem to be just fine.

The guy at my LFS said that since my big eyed squirrelfish is a dwarf breed, it’s a reef safe hybrid. All was fine for about 2 years, then my Cleaner shrimp disappeared! Followed by an orchid Dottyback, and most recently, my blue spotted jawfish!

I keep a flame angel. It's been a lot of years with no issues - but I keep an out just in case.

I picked up a male flame angle from a fellow reefer about 2 weeks ago now. He’s been a model citizen so far and the previous owner had no issues with it nipping corals. I’ve wanted a flame for a while and for $40 I couldn’t pass it up. I plan on transitioning to more of a bubble tipped anemone focused tank here in the next few weeks so that will reduce further risk.

I’ve kept melanarus wrasses in the past and really enjoyed them. The one I had did pick off my cuc when the opportunity arose but again it wasn’t a big issue for me.

revhtree said:
Recently we talked about "reef safe" angelfish but today I want to expand the conversation to all fish that are considered reef safe, but with caution. Thanks to @Gtinnel for the QOTD idea. So let's talk about these fish!

1. Do you keep "Reef Safe with Caution" fish? If so what fish and what's your experience with them been?

2. What would you say are some good fish to take a chance on and some that are a bad bet? 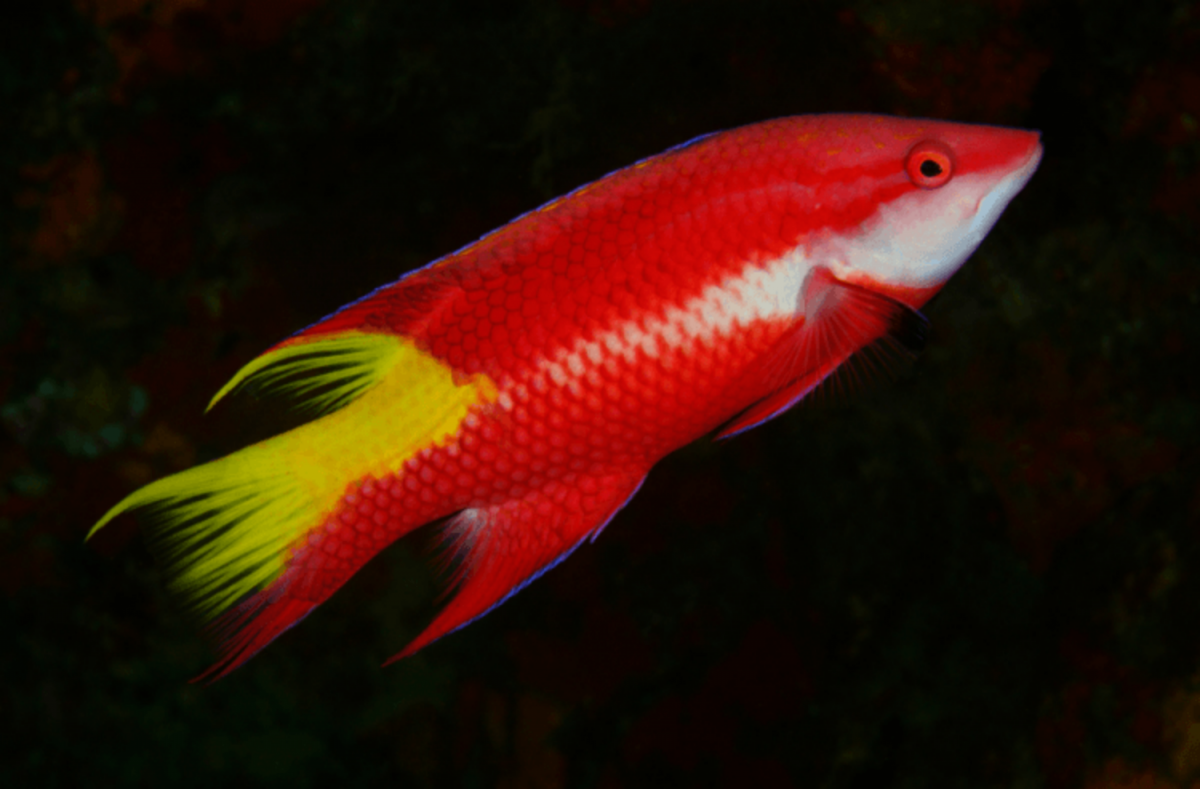 I have a fox face and he is a model citizen in the tank and has never touched any of my corals. I think any fish with caution could go either way, if they are well fed then you stand a better chance of them leaving your coral alone but again every fish is different and one that doesn't nip corals for one might for someone else.

I have a one spot foxface and a coral beauty. Both of them started nipping at my gorgonians last week, so I upped the feeding and got out the nori clip.
B

I have a coral beauty. Have never seen it nip at any of the coral!

I'm bumming over my loss today. I got home from golfing and had to bring my wife to the airport. I checked the fish and decided to feed them when I got back. When I arrived home I got the food ready and fed them. Something was wrong, My Gem Tang not present. I was only gone 2 hrs and I'm puzzled at what happened. 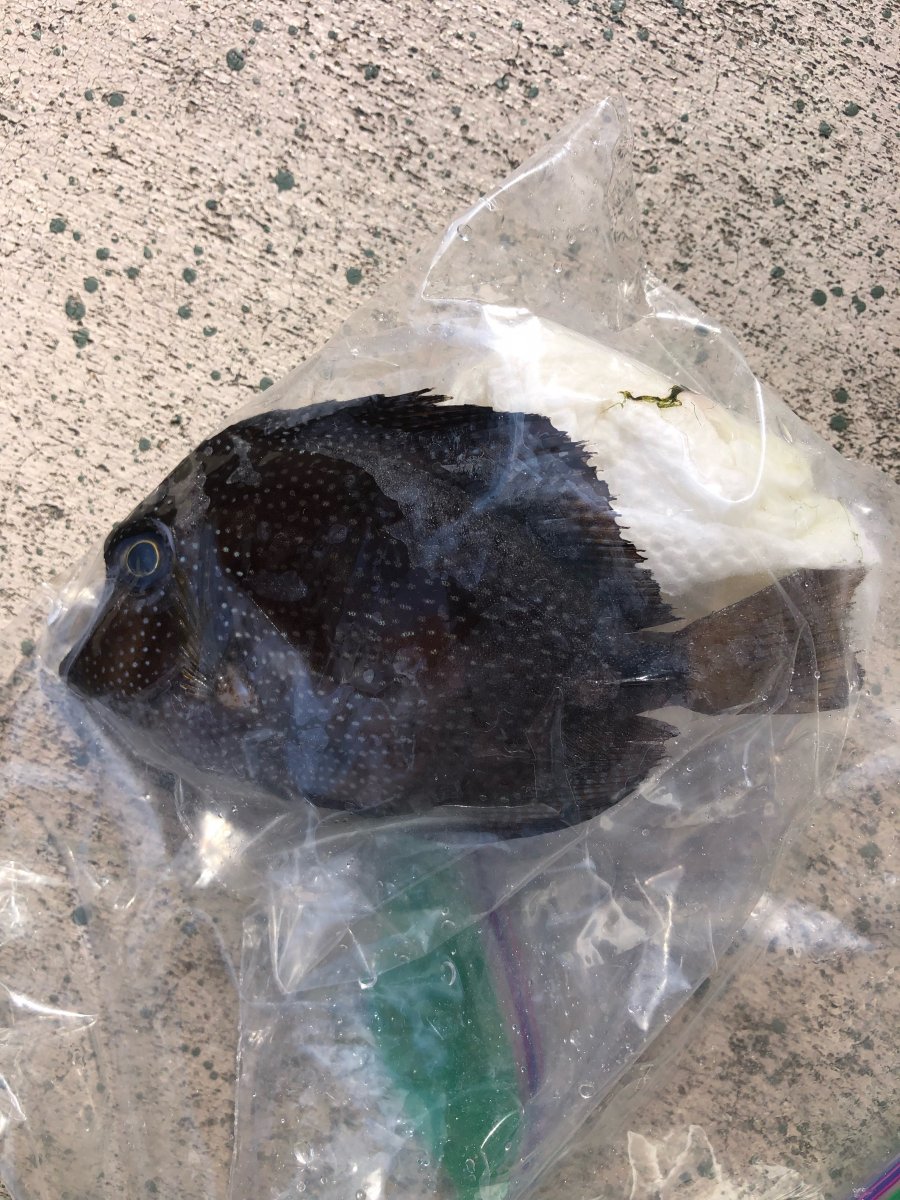 I have a Regal Angelfish and a Copperband Butterfly in my 220g mixed reef.
No issues at all other than the Regal eats zoas. I tried a small frag of inexpensive zoas and they were gone in a blink of the eye. No more zoas for me.

I’ve also had good luck with Potter’s Angels as well.

I've got a Majestic FoxFace who is a model citizen. My Blue Face Angel, however, is an ENTIRELY different story. He consumed every single soft coral I had in the tank. He is destined for my FOWL tank as soon as I receive the bubble trap.

i have [at the current time] a matted file fish. it’s my second one. my first was wild caught, and loved eating my aptaisia. it died after living nice and fat for abt 5yrs in my 150gT, which is about to be my former tank. my “new” MFF has lived with us for abt 3yrs. it is tank bred. it refuses to even nibble aptaisia. before everyone moves to the new 200g 24” tall tank, the MFF goes back to my LFS. it’s too bad bc the MFF is very cool to watch. it has fascinating ways of camouflage, and is gr8 to watch regardless. BUT: it ate *all* my zoas. it got my torch, which was coming back well after being badly wounded by my RBTA. nothing has managed to survive the MFF except sponges [ha!] and some palys. all the fish and my hermits r ok. i have an accidental FOWLR tank. my new tank will be a REEF tank, without a matted file fish. it makes me sad, but there’s nothing else to be done. i would not call a matted file fish reef safe, period! i’m new, but i’ll try to attach a short vid of a happy asterina & company. the weird look is ‘cause i tried to leach a b*tt load of phosphate out of the rocks [old tank syndrome] - we’re starting fresh!

I have a flame angel who is very cool,
So much so that I want a Potters angel when they become available again.
I still want a Flame hawk, I had one before and I think I will try one again although I'll have to get a life insurance policy on my shrimp.
I had a Humma Humma many years ago in a predator tank and never thought of keeping it in a reef tank... so tempted, it's my favorite fish of all time.
F

Have a flame and a african flameback and they have never bothered any of the corals. So far(about 5years) no problems. My yellow tang and blue tang will rarely nip at one of the gorgonians.
F

G Santana said:
I have a flame angel who is very cool,
So much so that I want a Potters angel when they become available again.
I still want a Flame hawk, I had one before and I think I will try one again although I'll have to get a life insurance policy on my shrimp.
I had a Humma Humma many years ago in a predator tank and never thought of keeping it in a reef tank... so tempted, it's my favorite fish of all time.
Click to expand...

Aptasia eating filefish.....not the one I got. Took a gamble and found him munching on my micromusa. Back to the drawing board.

I was going to get the aptasia eatting file fish but after reading this maybe not! I am thinking of getting a dwarf pygmy angel because I read they were the safest bet of dwarf angels!

Are Hawkfish not coral safe? I have a spotted/pixie and he is fine but he does like to sit on my corals which agitates them and me! LOL

I have a one spot foxface, melanurus wrasse and a hawkfish that I’ve read that are considered, reef safe with caution. I’ve never had any problems with them.

QUESTION OF THE DAY Reef Safe (Kinda) Angelfish: What are your favorites & how did they do long term?
5 6 7 8 9

Saturday at 1:55 AM
rubiocantabro
R

QUESTION OF THE DAY Is your Reef Tank "MATURE" and how long does it take?
2 3 4