I’ve always been fascinated by reef tanks but thought they were probably too difficult to start and were too expensive to maintain. After a copious amount of reading, I realized that a basic FOWLR setup was actually pretty simple. So, a little over two years ago, I ran the idea by my boss, and he gave me the go ahead to place an aquarium in my office.

After even more research, I decided to go with a 40 breeder with a 20 gallon DIY sump. Like many others on this forum, I picked up both tanks during Petco’s $1/gallon sale. For what it’s worth, I believe the 40 breeder was only 50% off, but it came out to around $50.

I drilled and plumbed the tank myself, picked up some live sand and dry pukani rock from BRS, then let it cycle for a few months. I was able to be patient, as I planned the cycling process during the busiest time of the year at work.

I then added a few clowns and a cleaner shrimp, followed not long after by a yellow watchman goby and a pistol shrimp. I wanted to add more, especially a tang or two, but my selection was limited due to the tank size.

Fast forward a few months. I was starting to lose interest in my FOWLR, but lucky for me, I got the itch to buy some coral. That reignited my interest and drove my obsession with the reefing hobby!

With so much extra time on my hands due to the public health emergency, and equipped with a few extra years of experience, I’ve decided to spruce things up a bit.

Two years ago, I started with one of those black MDF stands sold at Petco. I believe the one I bought was technically made for either a 50 or 65 gallon tank, but the WxL dimensions are fairly similar. For the most part, it’s held up fine, but I’m paranoid that it could just fall apart at any moment. Looking back, I probably should have applied some sort of water sealant. A few splashes here and there have caused certain section of the stand to puff out.

Rather than buy another stand from Petco, I wanted to get something that I was confident would last for years. I’m fairly handy, so I decided to build my own stand.

I started my search for 2x4’s at Home Depot, but was less than thrilled with what they had to offer in terms of lumber. I then visited a local lumber yard and picked up some quality wood. I spent about $100 on the 2x4’s and another $40-$50 on plywood to wrap the stand. This was my first time building a stand, so I totally overbuilt this thing. I’m pretty sure it could easily hold the weight of a car.

I left enough room underneath for an acrylic sump I picked up from another local reefer. I also purchased an American DJ 8-switch Power Center from the Guitar Store: https://www.guitarcenter.com/American-DJ/PC-100A-8-Switch-ON-OFF-Power-Center-1273887986599.gc

This will give me the ability to control individual switches without having to unplug anything. I attached the power strip to the back of the stand, so that I can easily turn things on/off...and it’s out of view.

After the stand was built, I put on a few layers of Kilz primer before adding a final coat of paint.

I also thought it would be cool to utilize barn doors rather than the traditional cabinet style doors.

Here’s how the final product turned out: 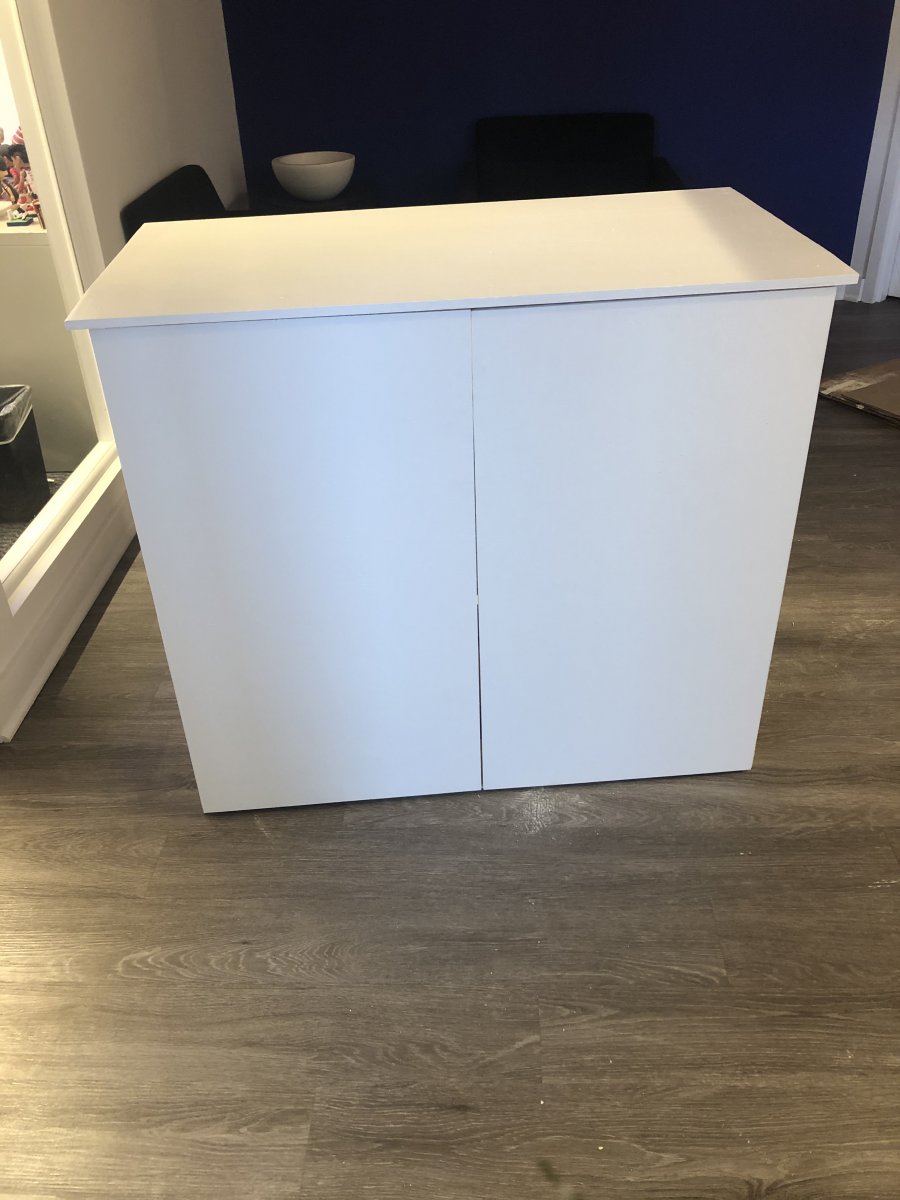 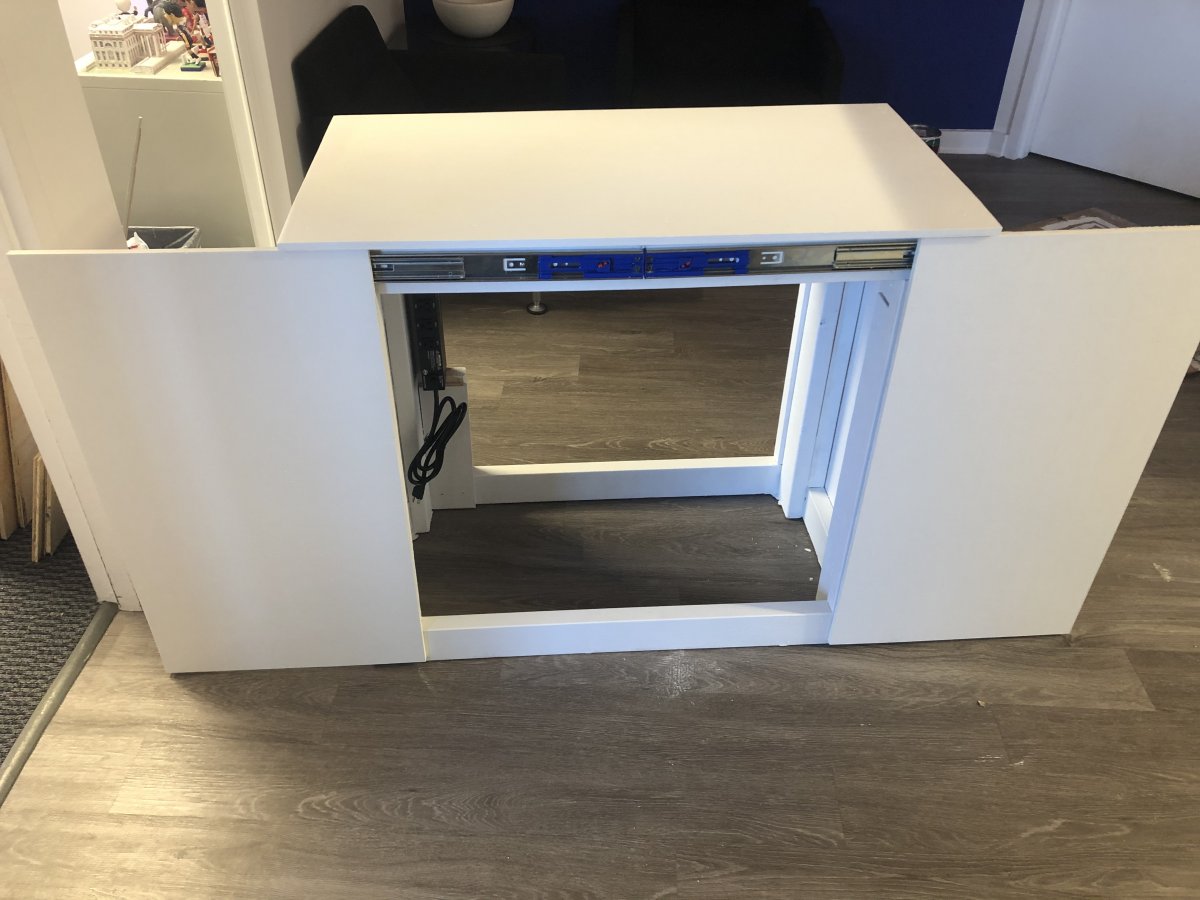 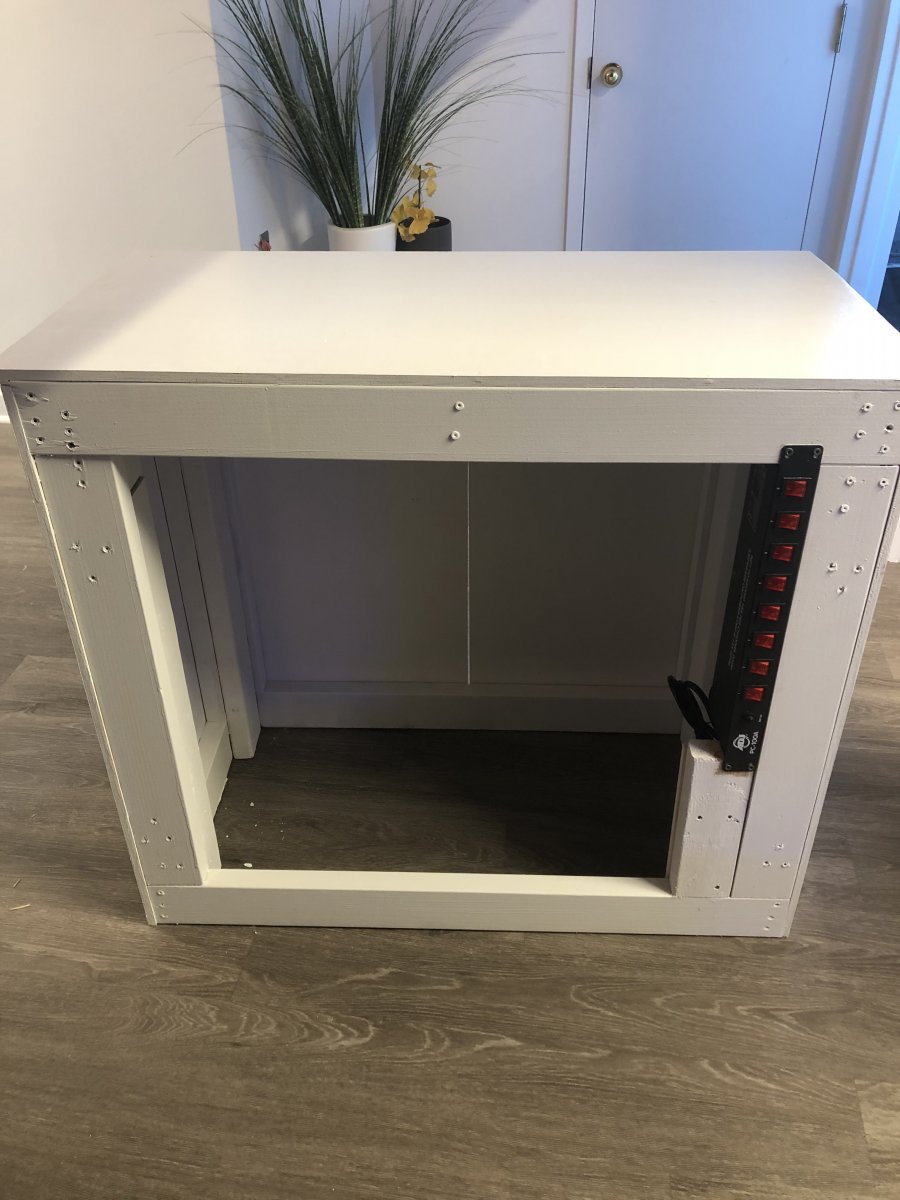