Looking for an ID on these, I’m pretty sure they are vermatid snails. New tank, 16 days in with mostly dry rock but I got a whole bunch of rock from a a tank shutdown which had been out of the tank for a week.

It’s that rock which is infested. I have three seperate rock towers and I’m thinking I should remove the one which has most of them in it before they infest the rest. I think I can spot remove them from the other rocks as there doesn’t

Problem is I have a torch, two acans, two clowns and a wrasse. I think I should have enough other rock and I have a bio block in the sump to cope with the bio load and skimmer is dialed in nicely,

Tank has been stable and it’s been processing ammonia well, watching it on the Seneye currently at 0.003.

Also have a cyano outbreak at the moment which I’m just keeping an eye on.

Any advice on cleaning them up, success of the bumblebee snails and if I remove the rock and hydro acid it or should I just ditch the rock altogether 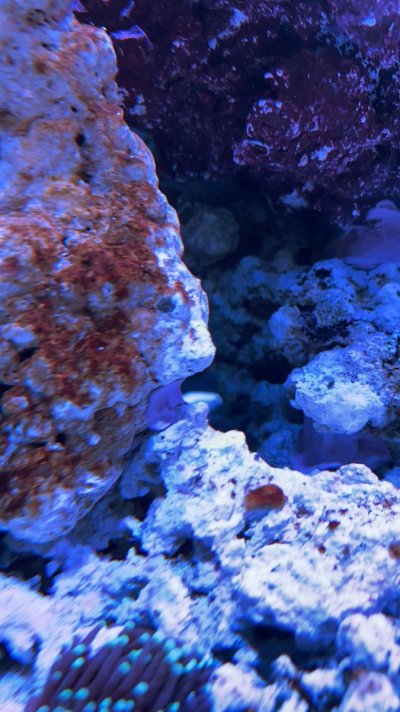 The movies have the vermatids the photo is the algae

Yeah mate, looks like vermatids to me too. I've just recently ID'd these in my tank also and they're everywhere.
I'd seen them there a long time ago but was unaware what they were, figure it was just some algae or something, googling today made me realise it was this pest.