Vodka, vinegar, or both?

I'm not dosing anything yet at the moment. To clarify my question though, I have settled on carbon dosing for nutrient control because I am trying to base all decisions on what would be easiest for a house sitter after retirement and possible (hoped for) long, extended vacations. Dosing seems much easier than asking a squeemish daughter to harvest chaeto or clean a scruber, etc. Additionally, I have been leaning towards vodka simply for the higher potency so each container goes further before even needing a refill/swap out.

However, in reading through many threads I'm seeing random comments on one, or the other, supporting different types of bacteria as well as causing more/less possibility of cyano. Due to other ingredients I can see there maybe being a difference in cyano probability (even if half say vinegar and the others vodka for which is more likely). However, as far as a "type" of bacteria I'm missing something, unless those comments are simply anecdotal. Isn't carbon, carbon? It's only on the chart of elements once, so what would the source matter? It's still carbon.

So, just looking for clarification and any head to head comparisons with pros/cons. Lower dosing volume required would otherwise be my goal. Total system volume is ~300 gallons and primarily SPS.

Thanks for any help and insight!!

Here is the tried and true mix that is virtually the NoPox recipe. 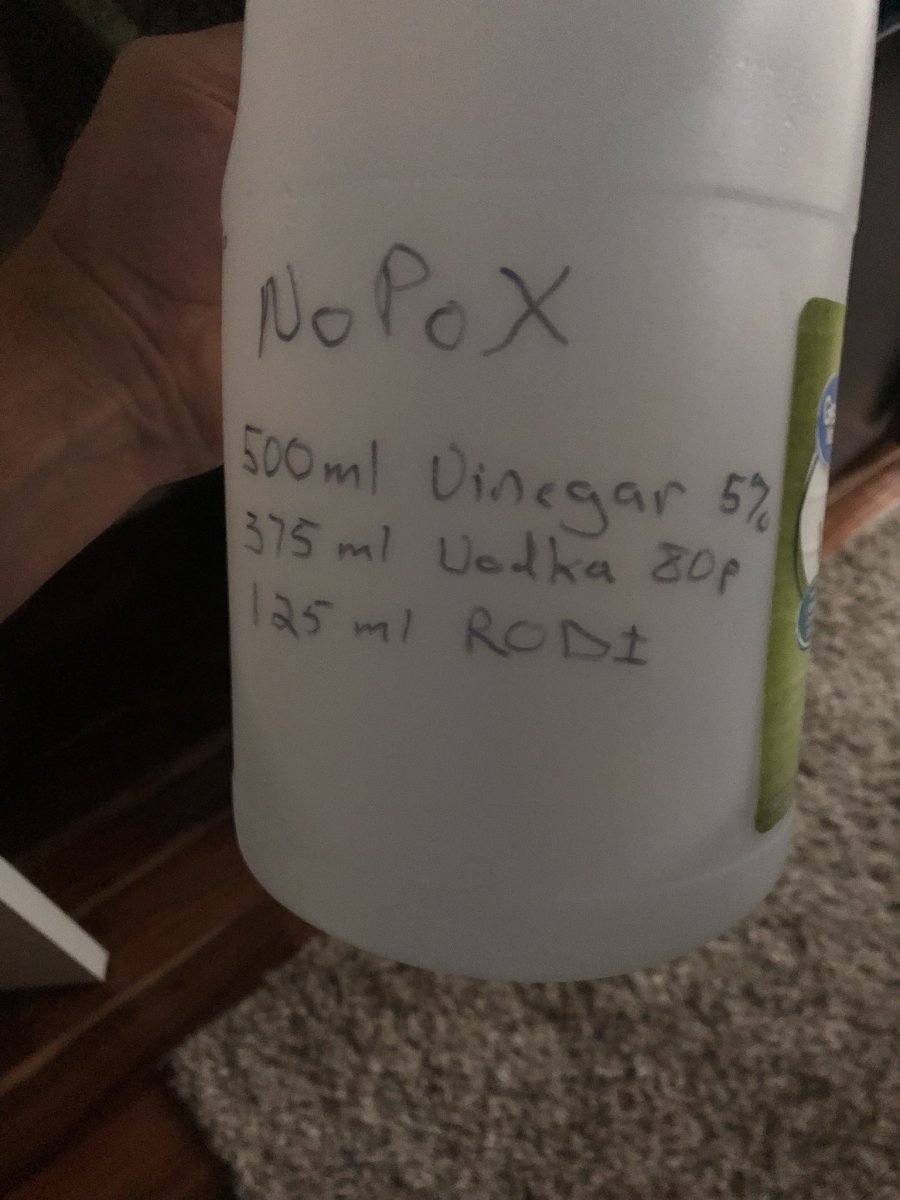 Dose it thru a doser everyday for almost 2 years now. Super easy and efficient way to manage nitrates.

mta_morrow said:
Here is the tried and true mix that is virtually the NoPox recipe.

Doubt nopox also has acetone in it

IME, overdosing leads to cyano if cyano is present. If you dose based on others experience, it should be ok. As for whether it actually really works as great nutrient export... I can’t say I’ve ever had long term success. I don’t think carbon dosing will zero out NO3 and PO4.

LC8Sumi said:
Doubt nopox also has acetone in it
Click to expand...

I used both. I've heard that there may be additional benefits to vinegar, but it's much less concentrated and acidic, so I figured a 50/50 mix could be a nice middle ground

I have a slight preference for vinegar but folks use both just fine, and some folks have issues with carbon dosing.

mta_morrow said:
Here is the tried and true mix that is virtually the NoPox recipe.

As an FYI, using this recipe, I follow the actual Red Sea NoPox instructions which is helpful. As others have said, they all work. I only recommend starting out at 1/2 doses for a week before getting up to regular dosing to avoid any potential bacteria bloom.

Thanks all! Plenty to think about now I think I may go with a mix but heavier on the vodka side, but plenty of time to decide. At least it has been confirmed there's not much of a difference overall between sources.