This is a late build thread as a lot of the build is already done. So I’ll post most of the pics that I took during the build. The stand came already built so that was a bonus.

the tank is used and it’s approximately 6 months old. The seller was moving so needed to get rid of the tank. the tank is in perfect condition and came with some extras. I’ll only use the Red Sea 300 skimmer that it came with. Everything else I’ve purchased. 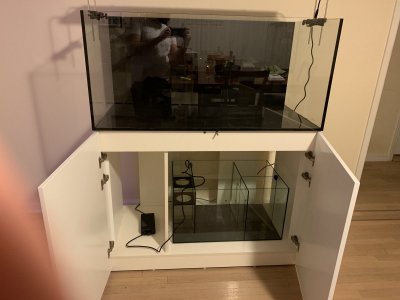 most of my controllers will be housed on a controller board in a separate cabinet next to the tank. I learned my lesson with my first tank. The less clutter the better....I used a bamboo serving tray as a controller board. I decided not to drill holes in it as I don’t have many controllers and there isn’t much clutter as is. I have the wires coming thru the side hand holders.

I got the cabinet on Wayfair for $60

I used a Motion sensor LED light to light up the cabinet when I open the doors. It’s awesome. I found it on amazon for around 20 bucks. 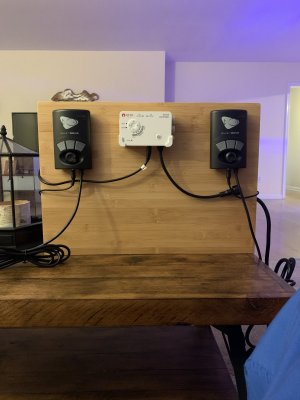 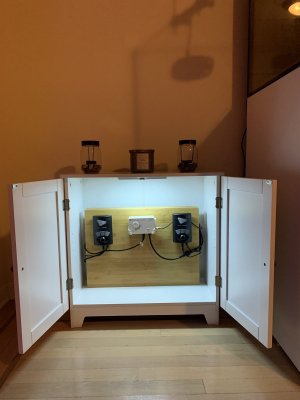 Love the set up, some really inventive ideas. Those cubes have endless possibilities. If you have not already done so Brs did a segment on modifying a biocube.

I haven’t yet plumbed the tank or filled it with water as I am awaiting the wall to get painted. Today I got to work on the aqua scape. I found some real branched Tonga rock (dry) from a fellow reefer. He never used this Tonga. I spent about 4 hours on the scape today. I used BSI glue and a spray that accelerated the glue drying. It worked very very well. I decided not to use cement or epoxy based on BRS recommendations as well as a fellow reefer who makes great scapes. Glue was a pleasure to work with and along with the spray- it dried very quickly (almost instantly). I did wait about 6 hours to transport my centerpiece to the tank.

I havent yet decided what I want to do with the sides of the tank. I was thinking of an island off to the right?? Vs. something else..

my goal for the tank is SPS dominated with some LPS on the sand bed vs. lower in the scape. 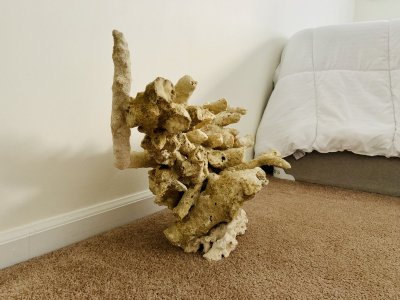 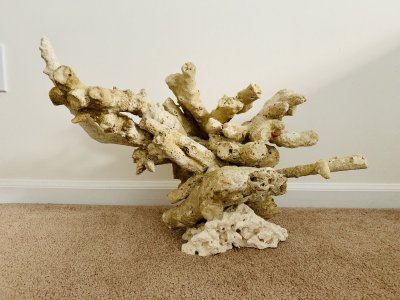 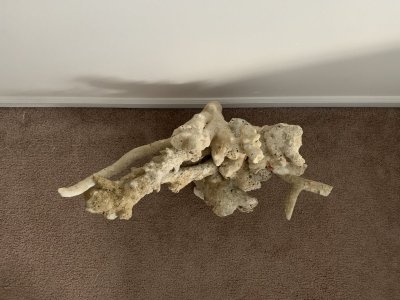 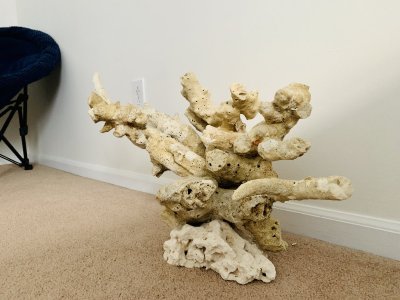 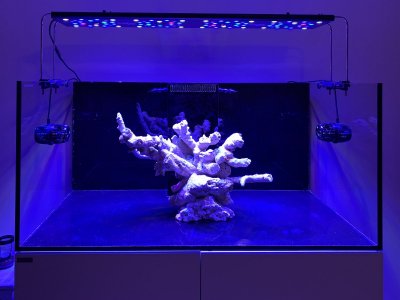 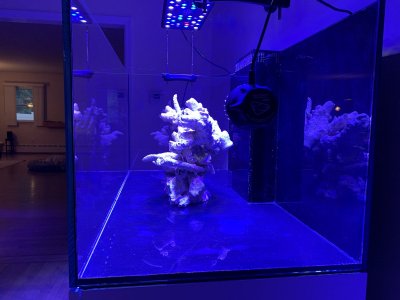 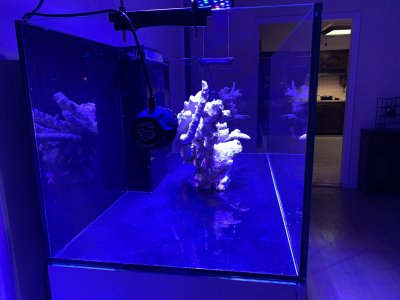 Love the set up, some really inventive ideas. Those cubes have endless possibilities. If you have not already done so Brs did a segment on modifying a biocube.

Attach a link to your build thread into your profile, details section so you can get a build thread badge. This way everyone can follow your build.
Click to expand...

Will do! Biocube is actually my old tank. The build will be the waterbox 130.4.

Madonia said:
Will do! Biocube is actually my old tank. The build will be the waterbox 130.4.
Click to expand...

Even better. I have heard great things about Waterbox.

Mastiffsrule said:
Sorry. Old, I get a bit sleepy after 8 .

Even better. I have heard great things about Waterbox.
Click to expand...

It’s great so far. The cabinet is high quality. The glass is crystal clear. Sump is nice and big. No complaints!
OP

Progress with the build:

I was able to fill the tank yesterday. I used BRS 4 stage RODI unit with the water saver upgrade. It worked very well. After about 10 minutes after initial startup, I had a TDS reading of 0. I felt that the water flow was adequate for my needs.

I set up the RODI line directly to the display and filled it up until the water reaches the sump. I let the sump fill 2/3 of the way and then fired up the octo various 6 pump. No leaks!

haven’t yet dialed in the return pump flow. It’s only at setting 1/5. I will tinker tonight to try and increase it.

I then added the salt. I am using tropic Marin Pro reef. Brought my salinity you to 1.025. I added Dr. Tim’s one and only, followed by liquid ammonia (Microbacter). I also added some of my biocubes media floss to get the cycle rolling. I’ll test ammonia today.

i have Carib sea special grade live sand. I used 60lbs total and that gave me about a 1 inch sand bed. 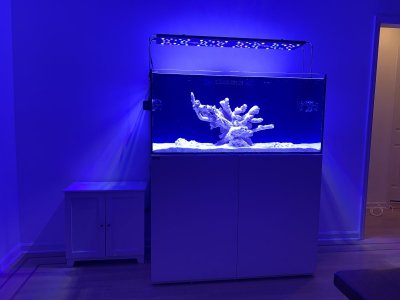 The overflow valve under the cabinet gave me some trouble. There was a gurgling sound every 20 seconds. This was when the valve was in the fully open position (turned all the way left).

What I did to fix this was turn the valve all the way to the right (Closing the overflow). This filled up the overflow completely. I noticed that water was now coming down to the sump through the emergency drain.

the gurgling sound stems from the overflow being too open, allowing a spillage of water down into it.

by adjusting it the way I did, the overflow is completely filled and only allows a certain amount down into the sump. This seemed to work as I no longer hear gurgling.