Which Dwarf Angelfish should i go for?

Marinexx said:
In the same tank? How large is your tank?0
Click to expand...

I personally find the fleshy LPS to be some of, if not the best looking individual specimens of corals. The Acans, Scolys, Trachys, Lobos and so on. However because of my preference for angels as my “centerpiece” (don’t like the term), I know these two probably won’t go well together so unfortunately I’ll have to forego them.

Japan gets some really good varieties of butterflies and from what I’ve seen so far, they might even have more popularity in Japan than in the West. I’ve seen some tanks of Japanese hobbyists with deepwater Prognathodes species like Prognathodes aya, falcifer, Aculeatus and even the Roa. As you might know, the Wrought Iron Butterfly (Chaetodon daedalma) is a Japanese endemic. Even many corallivore butterflies are attempted, and sometimes successfully kept by Japanese hobbyists. Heniochus, both the white and the brown varieties, are also found in Japanese waters.

Butterflies are nice although I find the colors of angels to be better on average. As for body shapes both have many species that are very well-designed and pretty to look at. Chaetodon nippon, auripes, and wiebli aren’t rare in East Asian waters but are rarely, if ever seen in the West.

I found two cool fish channels that give you an idea of the fish life in Japanese waters. Both do lots of collecting in the Satsunan (northernmost part of the Ryukyus) / Kagoshima areas, and sometimes the Wakayama / Izu region. Unfortunately both Youtubers only speak in Japanese and any comments will have to be translated.

One is called 少年水族館 (yes, I know, it’s Kanji)

The other is called Arakawa.

How long is the Centropyge Police Academy?

After switching over to reef years ago, I've missed having angels, so after researching, I took the risk and added a Coral Beauty & a Flame to my 120 six months ago (at the same time) and they've been "perfect angels" for me, at least so far.

There was a post on R2R that apparently had been up for over a decade, where they kept track of people's experiences with angels in their reef and they tallied the percentage of each species as for being "reef safe". The CB & Flame came out on top, both somewhere around 80-85% reef safe after 10 years of data. I wish I saved a link to that post. If anyone knows the post I'm referencing and can add a link, please do. The Potter's came in third (IIRC) and I certainly would have added a Potter's (love the markings) if not for the Hawaii ban. I've also read that having more than one angel keeps them busy with each other and less likely to nip at coral. Main thing is to be sure to keep them well fed.

This is one beautiful angel. I guess I am very bias since he is happy and healthy in my tank. 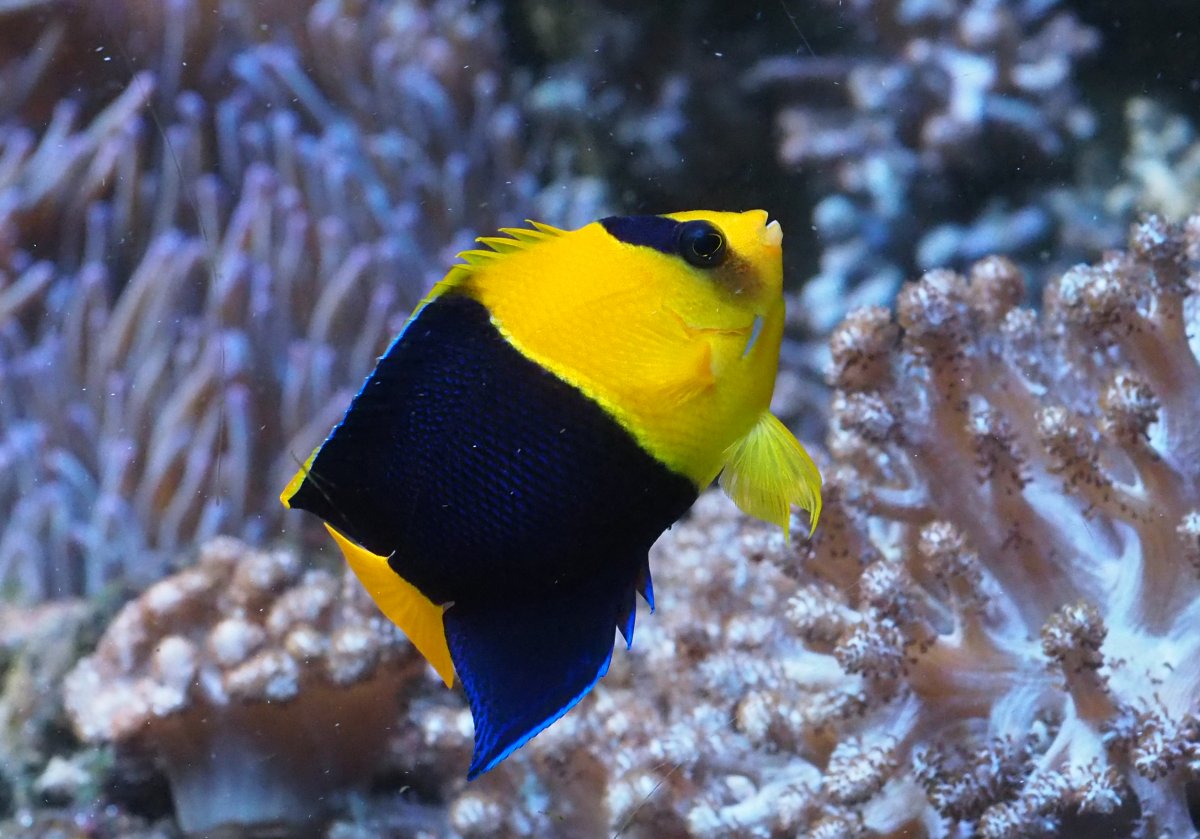 How are your Angel harems doing? Actually I wonder what would happen if Regals are kept in a trio.

Zionas said:
xD It’s community college compared to Tang Police Academy which is like the Ivy League
Click to expand...

Now could I please have my motorboat hippo tang?
J

i have a couple of multicolors, a couple of flameback angels, a venustus angel, and cherub angel. None of them pick on coral, but one of my flamebacks will kill any new fish that comes in the tank. 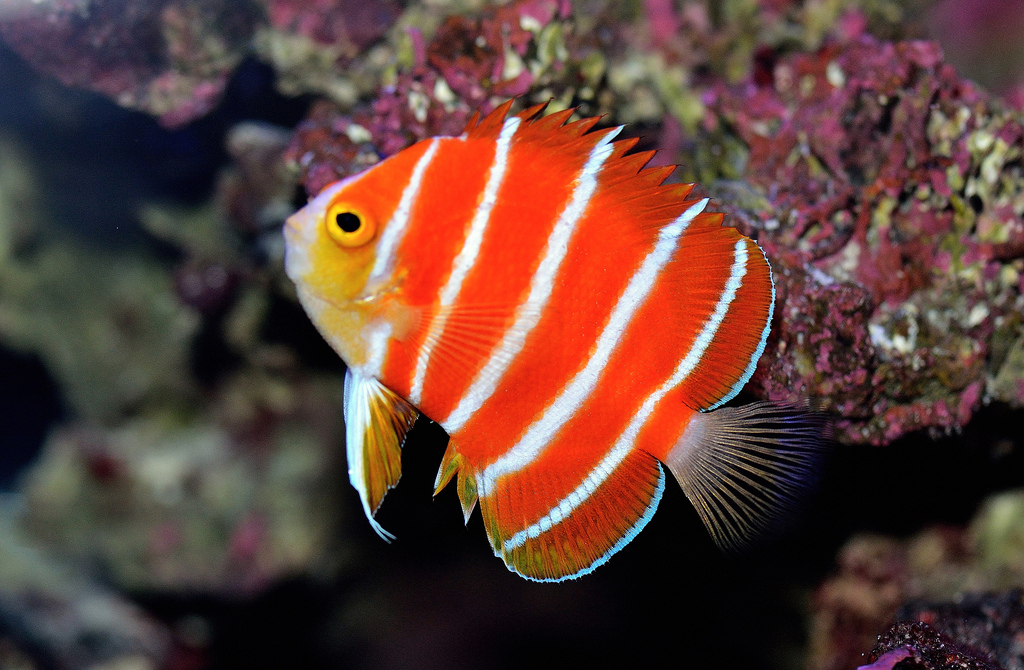 Word of advice - only get one!
I had 5 of these in my tank and they did quarrel a bit. Nothing major, just some fin nipping to establish dominance but took a good while for them to settle down. Didn’t touch any corals which was nice!

Pretty much limited to Pygmy, Whitetail, or Flameback. Your tank is going to be a warzone if not.

The latest version of Fish Farm is looking good!
M

EakTheFreak said:
My tank is 171 gallons with the DT being 131. They pretty much leave each other alone.

i actually had the coral beauty in first for about 1-1/2 years. I added a bit of rock and the Flame Angel with a yellow tang & (2) bimaculatus anthias.

I think because of adding 4 fish in at that time it kept him from picking on the Flame Angel. They have both been together now for about 1-1/2 years.
Click to expand...

I have two flames (fr a reason) in 2 different tanks and with one flame is a coral beauty. No issues with any of them
Flame is my pick

I have been lucky maybe when I see all the posts about dwarf angels eating polyps because I have had my 2 angels 5 years before I lost my flame to an ich outbreak after overhaul of the sump about 6 months ago, now I just have my coral beauty
And he/she has never nipped anything apart from trying to chase my yellow wrasse has been a model citizen too although I have a bit bigger tank than you and coral beauty is loving the independence now Mr flame has gone 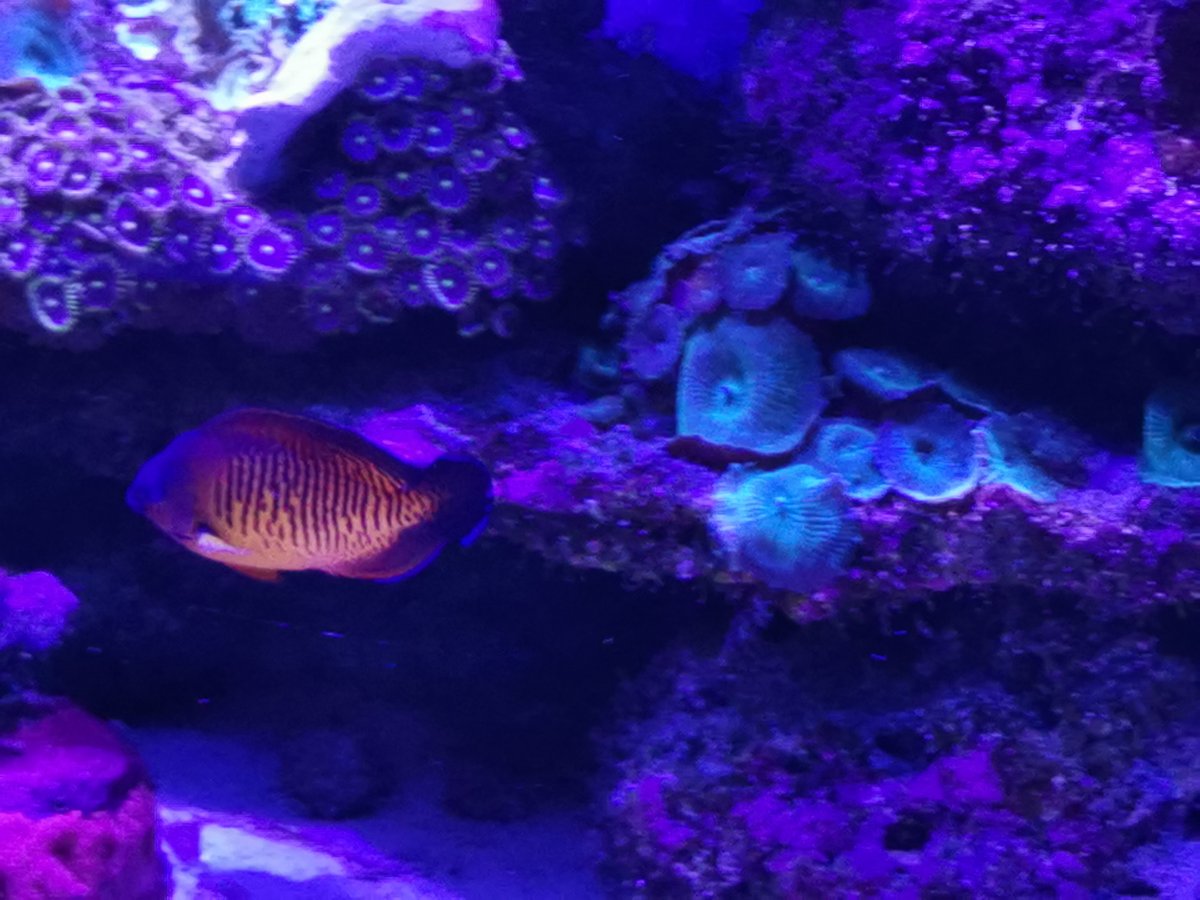 Brucealmighty said:
I have been lucky maybe when I see all the posts about dwarf angels eating polyps because I have had my 2 angels 5 years before I lost my flame to an ich outbreak after overhaul of the sump about 6 months ago, now I just have my coral beauty
And he/she has never nipped anything apart from trying to chase my yellow wrasse has been a model citizen too although I have a bit bigger tank than you and coral beauty is loving the independence now Mr flame has gone

That’s a beautiful CBA, I haven’t seen one with the orange all the way down to the tail in a while. Isn’t it a rarer colouration or something?

i cant think said:
That’s a beautiful CBA, I haven’t seen one with the orange all the way down to the tail in a while. Isn’t it a rarer colouration or something?
Click to expand...

Zionas said:
What’s the hobby like in Japan? I see some Japanese guys with amazing collections of rare deepwater fish!

Stuff never or seldom seen in the West or even the rest of Asia. My impression is that Japanese reefers on average are far less into Tangs than we are, but have amazing collections of Angels, Butterflies, Basslets, Wrasses, Anthias, and sometimes other stuff like Gobies and rare Damsels.
Click to expand...

I highly recommend you look for Digiman tank, that's a real collection of rare fish, if I remember correctly he lives in Japan.

I will have a look. But I think the last time I checked he hadn’t posted for many years.

That's sad, it may be so but I hope you can find something recent. Makoto Matsuoka's collection is enviable too, interesting butterflies there .