Welcome to my build thread. If pictures are worth 1000 words, then I plan on saving myself some typing with some photos.
I have a few "strategies" or "philosophies" that I have always stuck with in reef keeping:
Here are some of the details of the aquarium:
Without further adieu, here is the current set-up/plan.
Steps completed:
I had a 75 gallon in my old house. I have moved the stock from the 75 into the new aquarium. The 75 is currently serving as the QT tank. 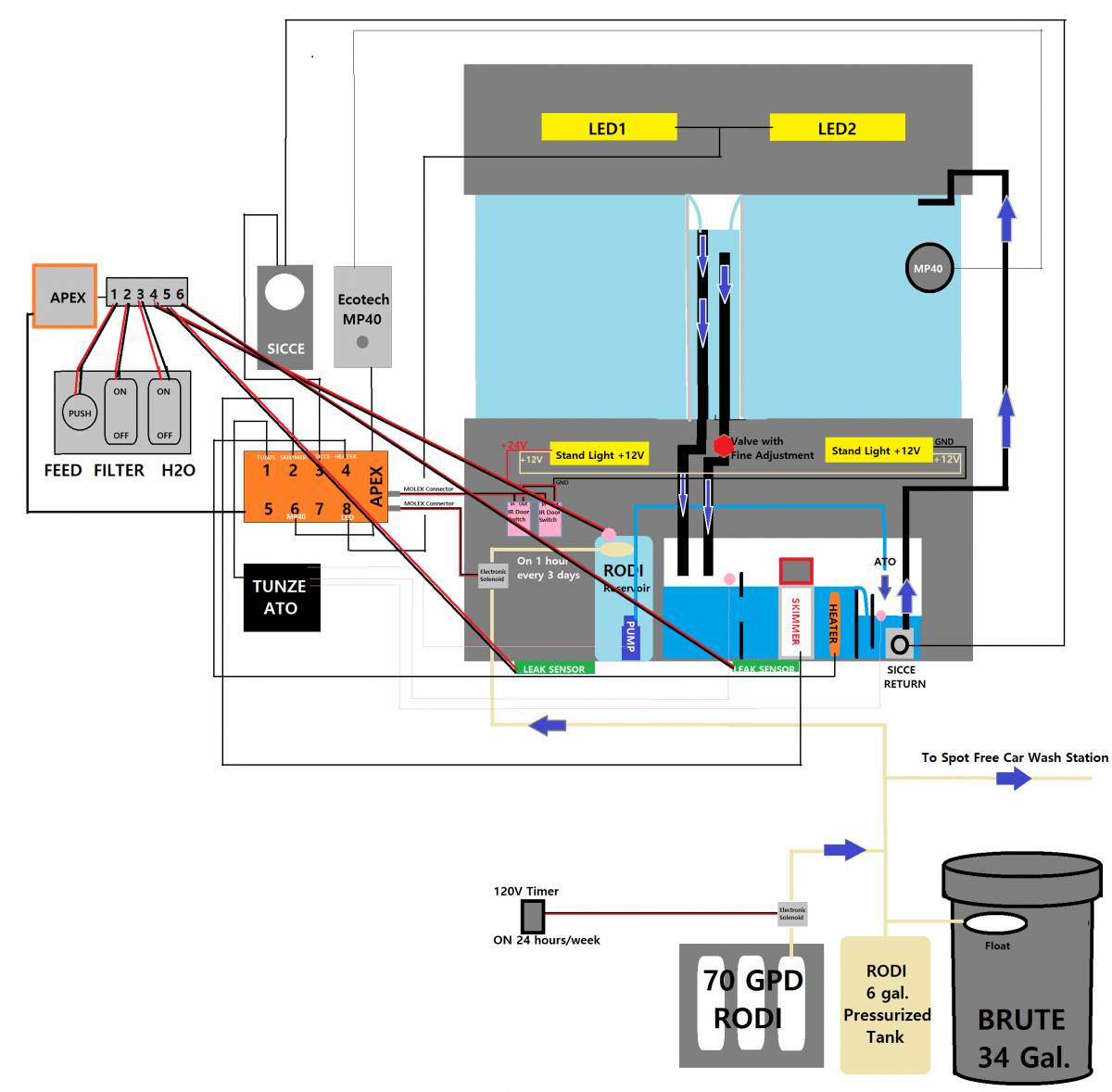 This setup has been great thus far. Best part of all has been the spotfree car wash I have setup in my garage. It is basically an ATO reservoir with a standard float valve. I turn a knob and 5 gallons of spot free water (0TDS) drains into the reservoir with a freshwater pump attached.

Here is an image of the aquarium: 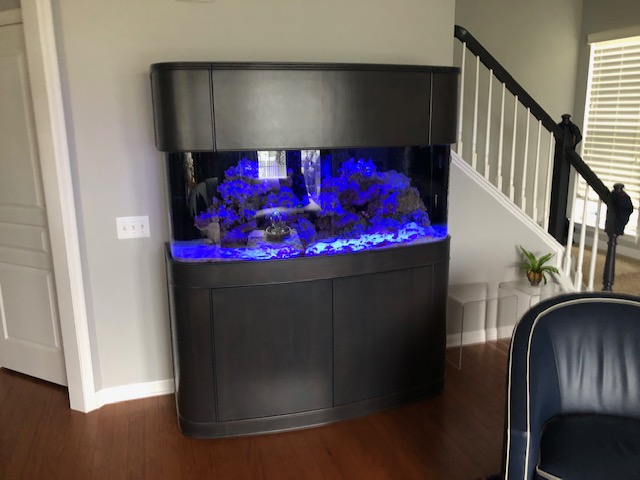 I want to point out my "favorite" hack/DIY feature is definitely the stand lights. I have always powered LED stand lights from the Apex EL 24V power supply. They would turn on when I opened the left door. I found myself wanting the lights to go on when either door was opened, so it was just a quick little DIY hack. 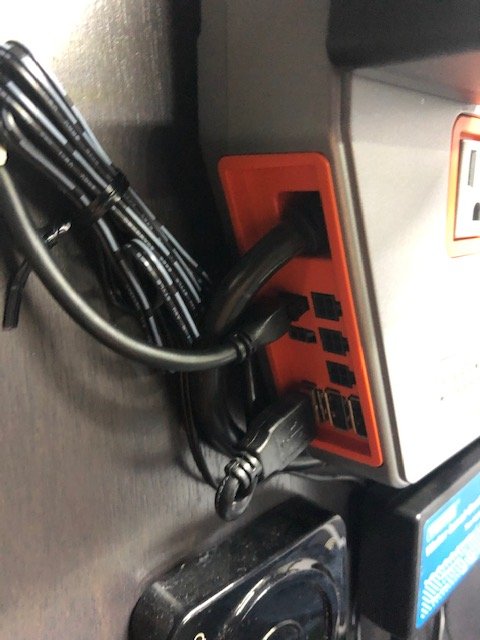 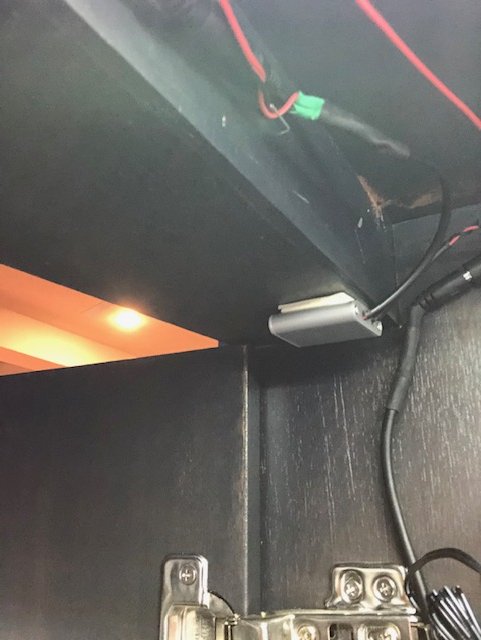 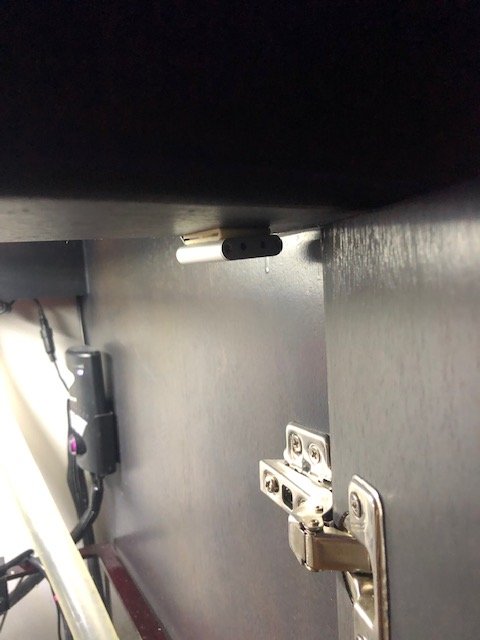 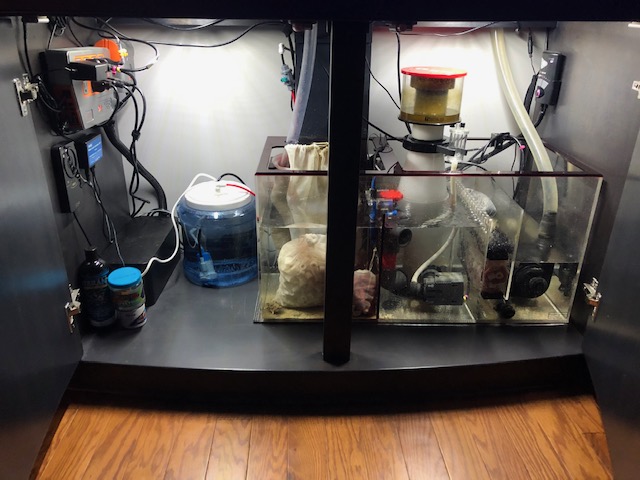 This is what it all looks like when the lighting is on.

My next priorities are stocking the tank with inhabitants. I welcome any comments or suggestions, and thanks for taking a look at my build. 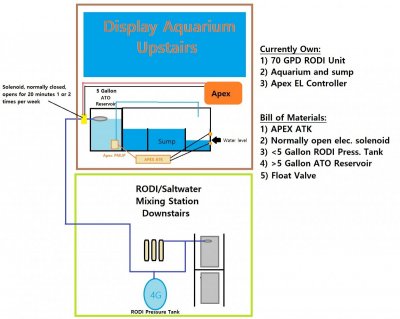 Wow! This is so detailed and well thought out! I feel like you just gave us the recipe for the secret sauce! Can’t wait to see the amazing things you do with it!

Great artwork, or whatever we should call the computer design images.

You look to be off to a strong start!
OP

Ron Reefman said:
Great artwork, or whatever we should call the computer design images.

You look to be off to a strong start!
Click to expand...

Hi Ron, thanks for the feedback. You can call them whatever you want but I personally just call it the greatest computer program of all time - MS Paint!

I am back and pleading to all for some assistance. I have a thought on a way to make my water change program much easier, I just want to run the design past Reef2Reef for thumbs up approvals. I currently run a sort of Herbie system with a fine gate valve on the main line (I like quiet).
I have a saltwater mixing station in my basement with the typical 32 gallon Brute Trashcans. I use a pump to move saltwater upstairs to the display tank at the rate of ROUGHLY 1 gallon/minute. The pump has a float switch, so when the brute is close to empty, it will shut itself off. The problem I have is needing to watch water levels because once I drain too much out, I will not have any new water mixed as replacement. Here is my "design" so I would never need to monitor actual water volumes in/out.

Basics of the design:
Here are the steps for a water change.
The thought is that for every gallon that enters the display, an equal amount of water would drain through the main drain line, leading to a near perfect 1:1 exchange of water. I have not seen this design elsewhere, maybe someone has. Does this sound like a prudent design? 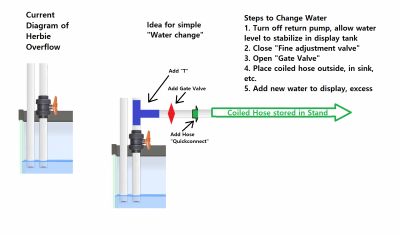 Ready for the worst update on a tank build ever?!?
I was feeding the fish the other day and noticed an unusual line in the eurobrace on my aquarium. Upon further inspection, I noticed it is fully cracked! Uh oh. I quickly contacted the manufacturer, Aquavim. It took a few days, but here was their reply:

"Our specialist says it's best to replace it, as it is risky to have a glass tank without the euro-bracing. You can do this by emptying the aquarium first (as currently the water is applying pressure to all sides of the tank), and then finding a piece of glass that is the same size, and gluing this with silicone glue underneath the piece that has the crack, so that they are glued together and you get double reinforcement. Pls note, it is very important that the tank is COMPLETELY empty without water before you do this.

Please update us on the process and contact us if you have any questions." 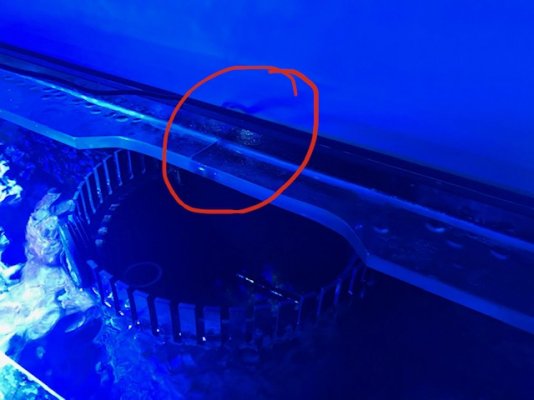 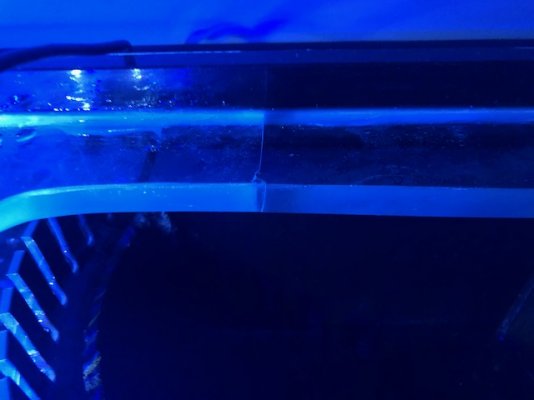