do it yourself overflow inprovement.

my tanks a EA 1200s older version so it don't have a weir overflow but comprises of :

2 returns from sump
2 overflows to sump

all are at the top (obviously) back of the tank

problems I see to be an issue with this setup 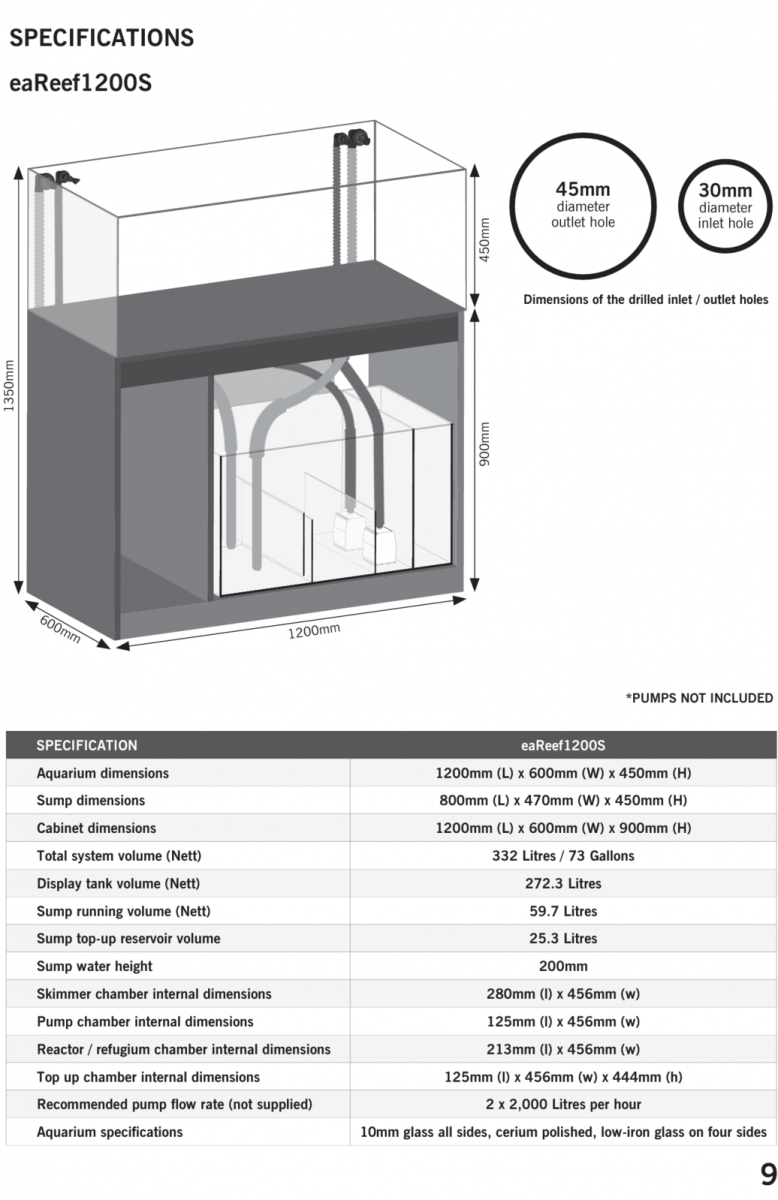 what I'm thinking if I join the to outlets together with a section of pipe so creating a long tube across the back.

I know ill need to increase the diameter of the pipe to both accommodate the inlets and maintain unrestricted flow.

but what size pipe would be best ? 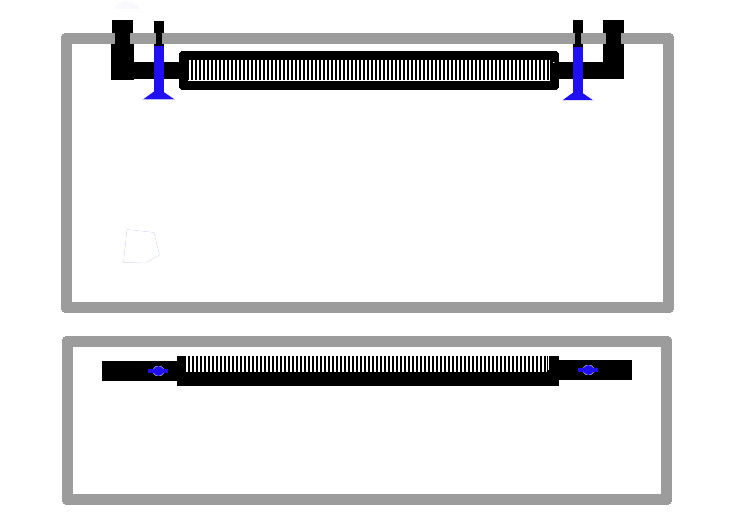 this is only a idea as yet lol

any input welcome good or bad

I think it's a pretty good idea given the holes you have to work with. I have seen similar overflow setups with a horizontal PVC pipe but with lots of perpendicular slots cut into the top of the pipe - that might be easier to do than to cut off the top of the pipe and try to fit weir combs into it. Not sure what size PVC you have access to in the UK but I would definitely use something with larger inside diameter than the 45mm outlets.

why not a box out of acrylic?

There is a style of that overflow already available.


I'm sure you can build you own. I'm also sure if I built it, I would end up rebuilding it once or twice because I would get the weir size wrong or too low/high etc.

If it was my tank, I would build a couple of overflow boxes and use the drain and return holes as a herbie overflow drains. Then relocate the return lines. Dual herbie overflows is a silent and reliable drain and the hardest part of drilling the holes is already done.
R

Personally, I would glue in two pieces of glass to form an overflow box running the entire back of the tank. You honestly don’t need teeth, you just need a cover that forms a slot narrow enough to keep big stuff from plugging the pipes. A herbie or bean could be created using the existing holes (use one of the small holes for the siphon). Returns can be notched through the cover.

thanks for the ideas

a lot of good ideas to think about

the main idea is to improve the overflow more than anything else at the present what seems to happen is due to the layout of the outlets in relation to the inlets you have to direct inlet flow inwards to the centre of the tank, That would be an issue normally but as the outlets are on the outside edges the effect means you have a large proportion of the surface aria I've noticed never gets churned to remove the bio film and has no return to the drain.

its a bit of a bad layout design.

also the outlets being that there a simple strainer means there forever clogging up and in need cleaning twice a week even with light feeding.
that in its self is the main issue as the tank runs less than an inch from the top edge (just above the outlet levels) and if they were to become clogged I would imagine the 2 return pumps would drain the sump return quickly.


RocketEngineer said:
Personally, I would glue in two pieces of glass to form an overflow box running the entire back of the tank. You honestly don’t need teeth, you just need a cover that forms a slot narrow enough to keep big stuff from plugging the pipes. A herbie or bean could be created using the existing holes (use one of the small holes for the siphon). Returns can be notched through the cover.
Click to expand...

the idea is basically a 3-5mm thick acrylic box to run across the lenth of the tank with just the approx. 1.5 inch internal
similar to the pics above with wholes at the back in the place were the inlets and outlets are but with the diameters larger than the bulkheads so no need to reseal it in

then use the duckbill outlets as a attachment point to the back glass seeing there screw threaded into the bulkheads.

this mean the whole unit could be removed for a deep clean if needed and the original setup reused if anything happens.

but this is just a guess lol
OP 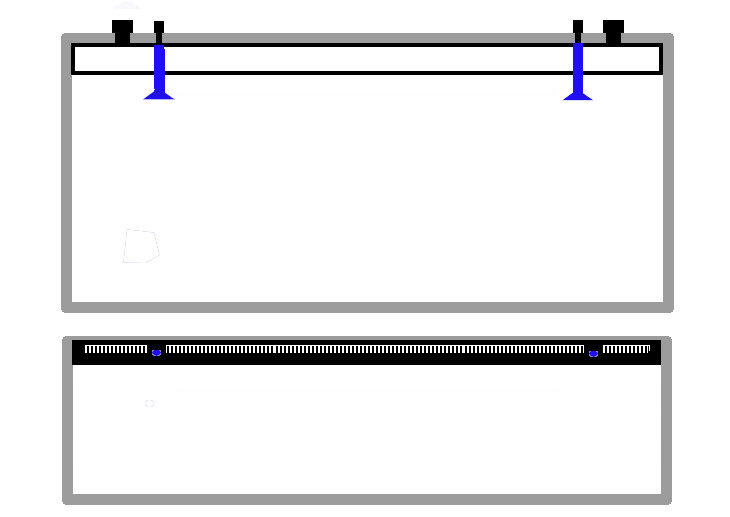 This was mine. It didn’t run the full width but at 42” of a 72” tank, I could push 1000gph over it and never hear it. In my case I attached an external glass box as well for the drains. 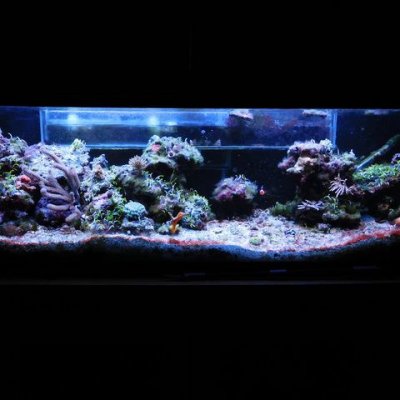 You mentioned that it was too noisy; the best option for a quiet and reliable overflow is a bean animal system, but that requires 3 pipes plus a return. Here are a couple of other ideas -
If you don’t mind having a pipe come over the top, you could put a long, coast 2 coast weir across the back and either have it flow out of the bulkheads as-is, or set up a bean animal system either internally or with an external box.

thanks for the reply's

but I have to work out what the drain options are as I don't think I can put 6 drains down into the sump with ease and dont really want to join them into 3 so might look at a version of a herbie/durso drain with only 2 pipes.

will come post when i get a chance to sit down and work it out fully.

I really want to keep the return outlets in the tank were they are so as not to have to play to much with the tank and keep the additional bits showing to a minimal or none when I finally get around to changing my circulation pumps.

but anyways thank again for the input and anything else you can think of would still be taken onboard.