Does my blue tang have Dropsy?!

I have a blue tang that has acting himself. He lost his appetite and doesn’t swim all over the tank like he was just a few days ago. I started noticing on Saturday that he would just stay attached to a rock and didn’t come for feed anymore.

a about a month or so ago he was swimming downwards not a lot but started having signs of it and looked bloated. I have a post about all that and got great info from other ppl on here if you would like to check it out. Incorporated epsom salt into his food and his bloating seemed to go down slightly but was still there. His tendency of swimming downwards went away and he kept eating through out all this process so I figured he was fine. Also, at that time I noticed his breathing was a little fast and lately had noticed it normalized.

I gave him a 5 min FW dip today cause I did some research on google but no luck on that end. Breathing doesn’t look off, I noticed his eyes are puffing out a bit. The scales around his mouth and nose are really noticeable. I read up and seems like dropsy has those symptoms.
I have maracyn 2 ready to go but I would like to hear other opinions.

also I could’ve swore I had ich in the tank cause there’s these little flea like creatures crawling around the glass and I caught them crawling on the blue tang. But everyone says you wouldn’t be able to see Ich. I checked him and he doesn’t have white spots.
he did stop by the fire shrimp’s body wash to get cleaned up but I’m assuming he eats those. I did research and it seems like they are isopods. I can’t even get a picture of them, they are too small. I’m gonna attach pics of the tang

Water levels are 0 except nitrate it’s a little high but that’s how the tank has been since Jan and didn’t notice a change in behavior on fish and I’ve tried lowering it but no luck but didn’t stress out too much cause I’ve read that it can be normal to be around the 20-4 range as long as fish aren’t affected by it and they weren’t till now that this blue tang is acting sick. ph is 8 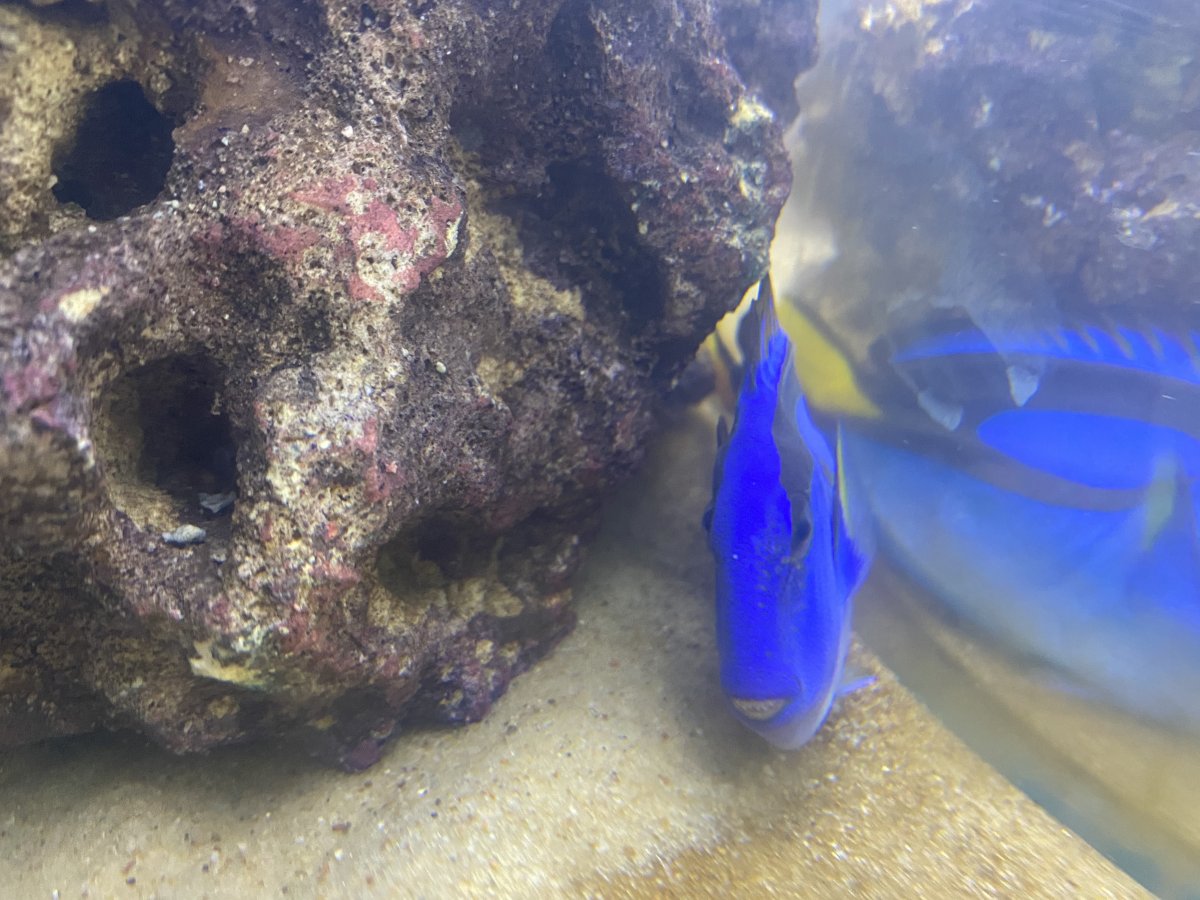 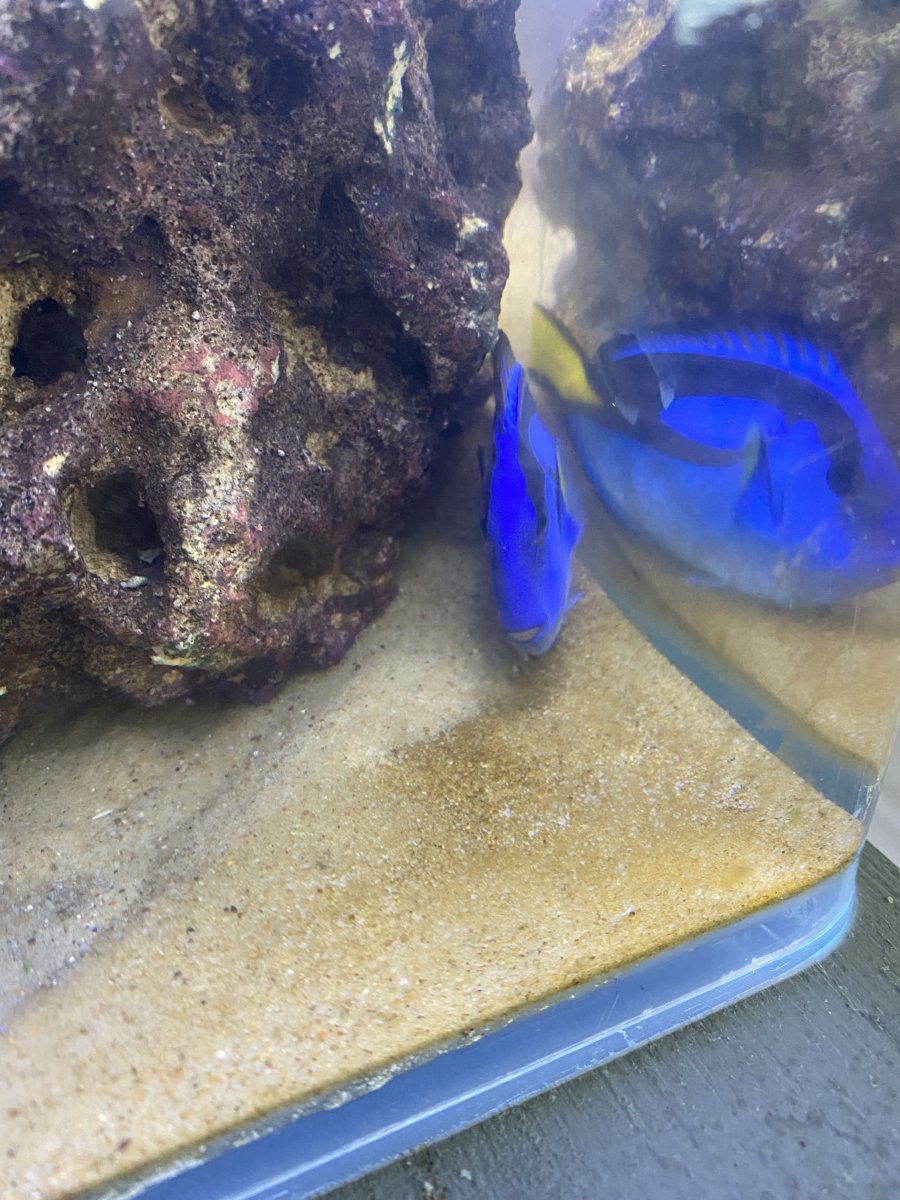 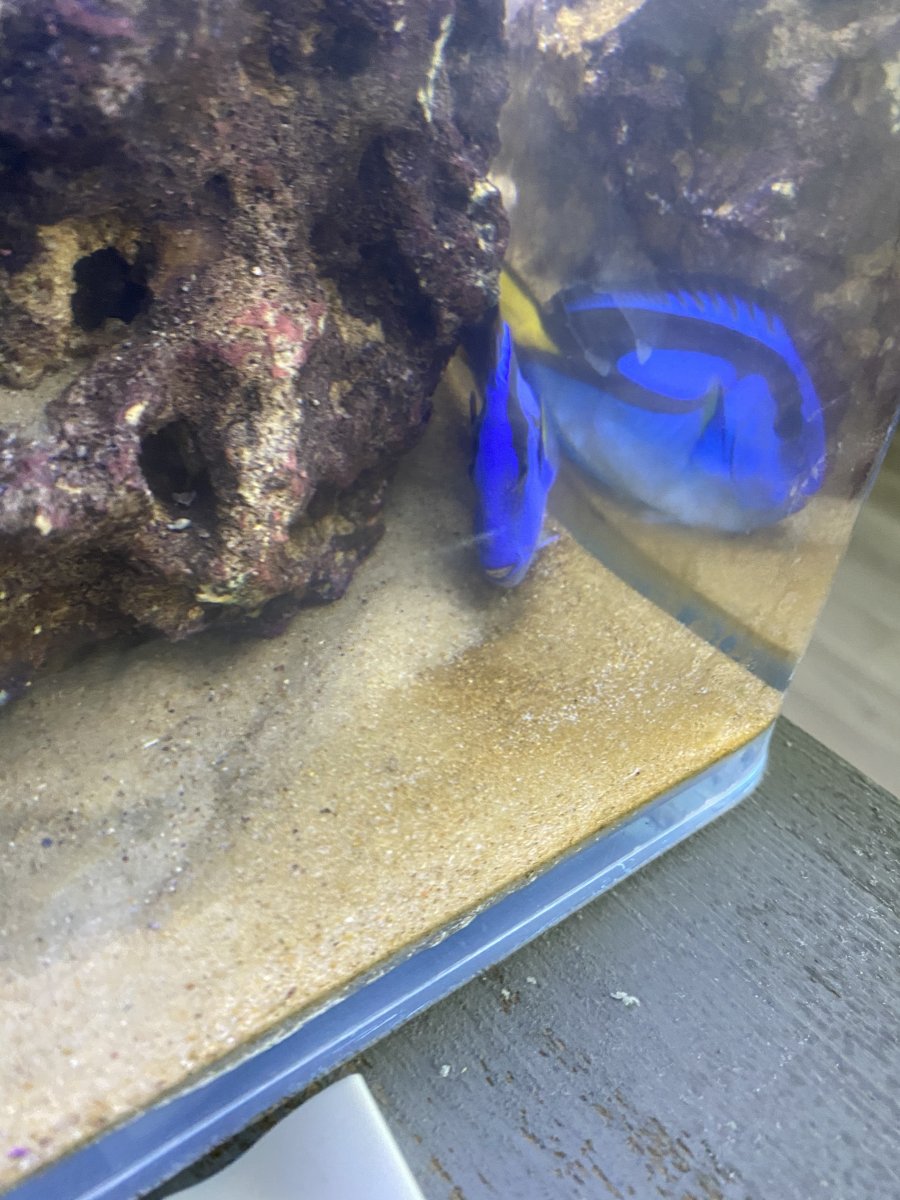 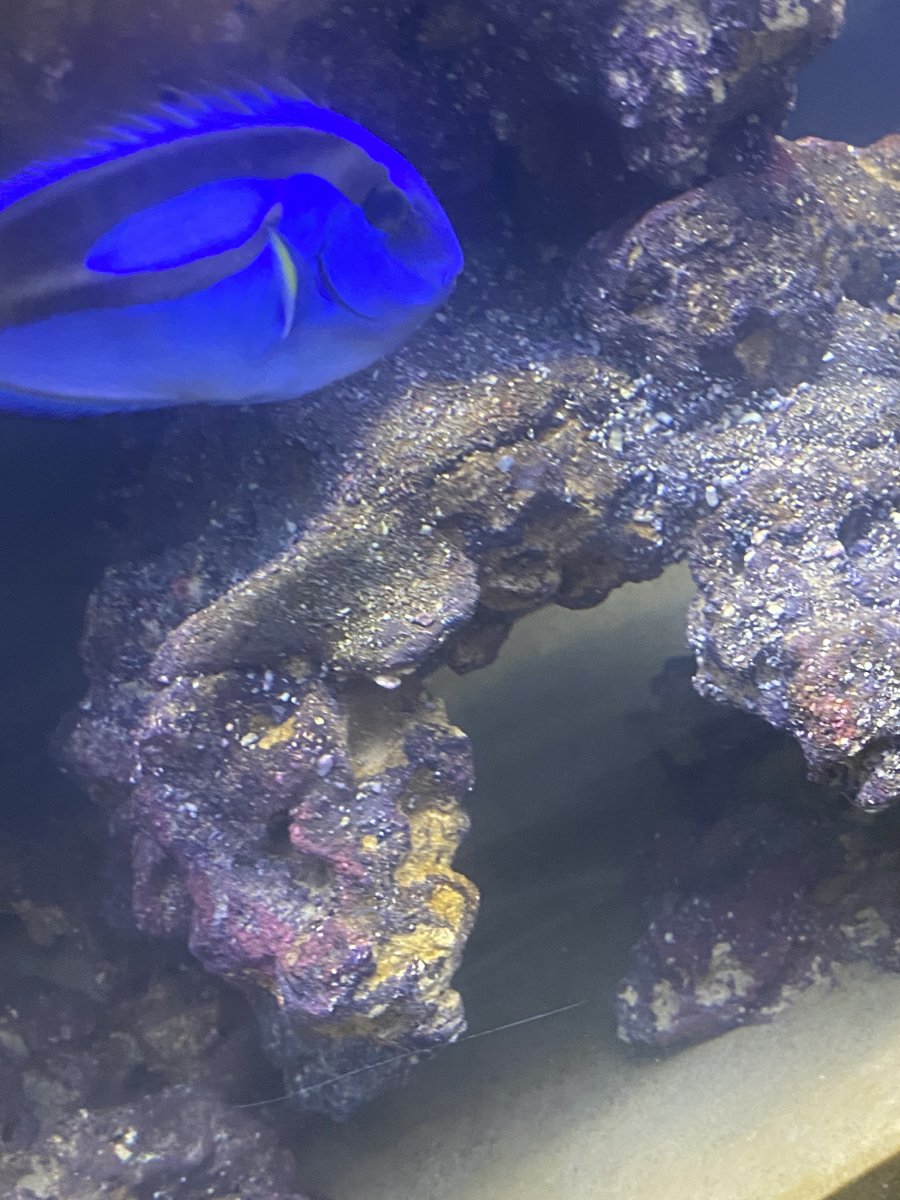 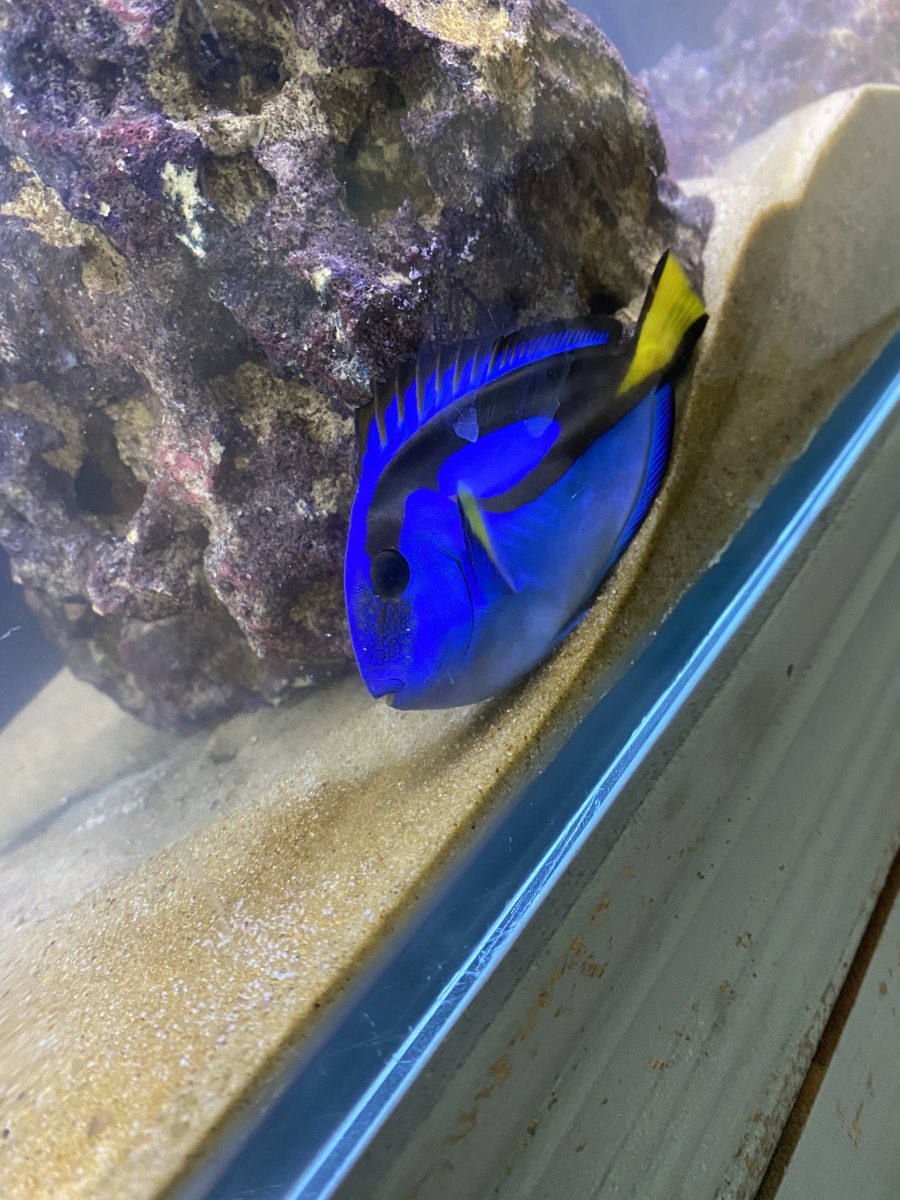 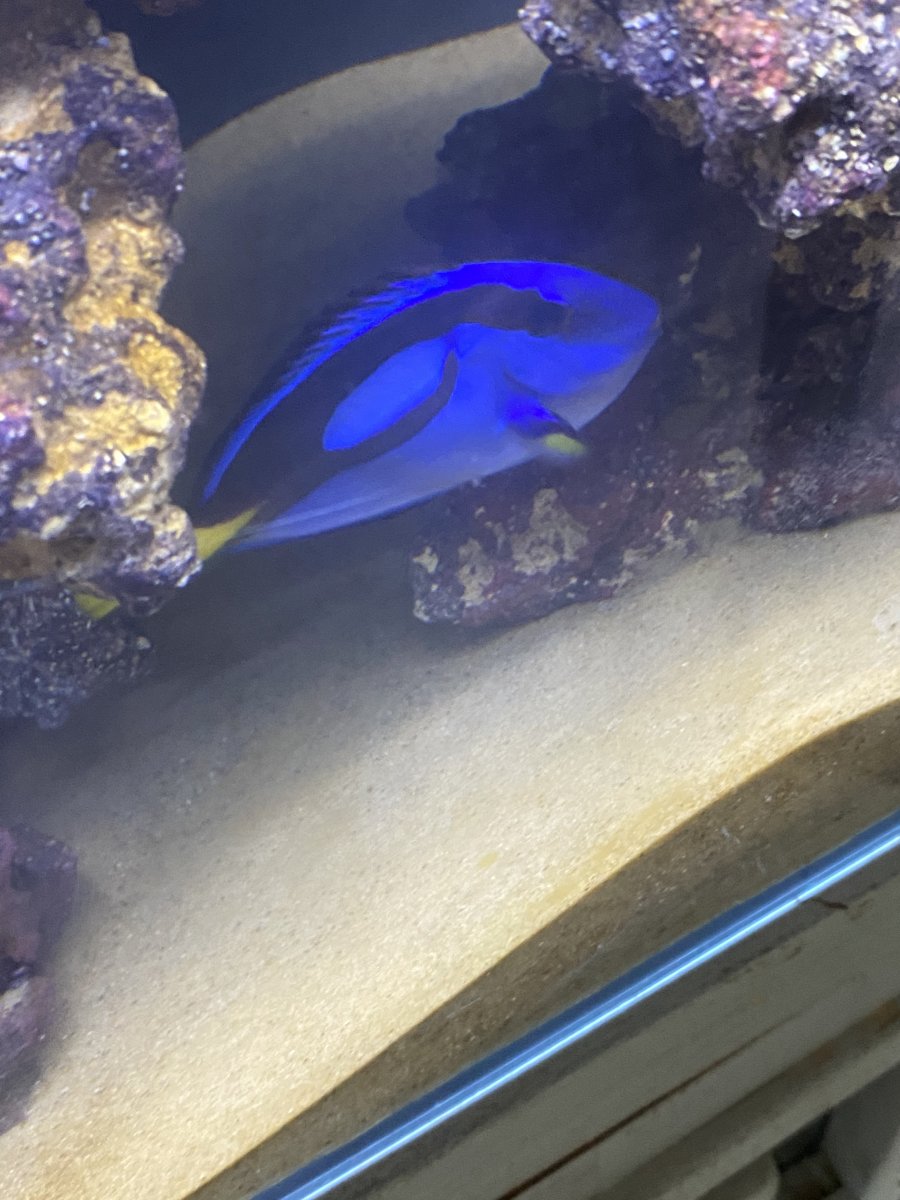 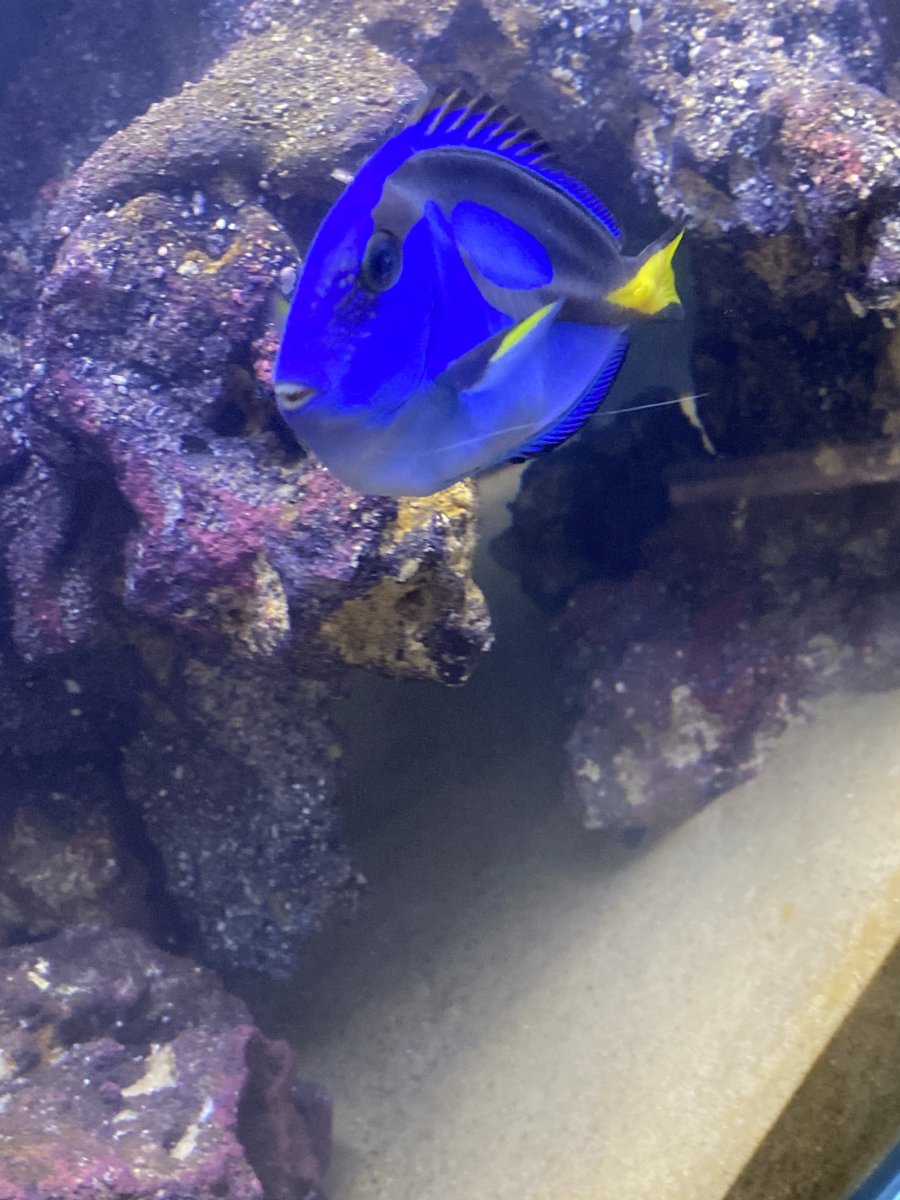 I don’t see dropsy but I do see a very thin tang. What have you been feeding him?

Seams to look normal.
You know they are a larger ( close to 12” fish )

What are the parameters ?
Salinity , alk , temp ?

how long have you had him ?
J