I have been looking at various controllers to see what they can and can't do. One thing I have recently seen, for the GHL Profilux 4, is a 12v power adapter that is specifically used to trigger a 'power outage' mode.

I was looking to see if Hydros has anything similar but I couldn't see anything. I then started wondering about the inputs (sense and/or 0-10v) that could be used to switch modes.

I then looked around online and found this 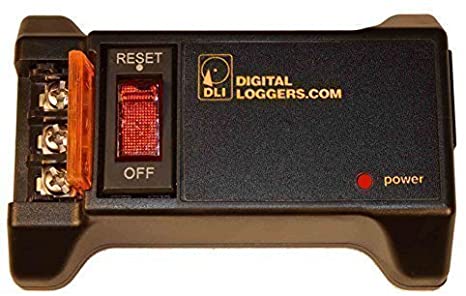 The idea is that you have the Hydros and WiFi power strip (and presumably the router?) plugged in to a UPS. The device above is plugged in to an outlet that will fail when the power goes out. The relay output is wired into a Hydros Sense port (effectively now acting like any normal switch, but one that is triggered by a power outage).

If the power fails, the controller and power strip will stay online, supplied by the UPS, but it will 'Sense' that the power has failed and a pre-programmed mode could be used to turn on/off outlets/devices to the users preference, in case the power doesn't come back on again.

I think so
I believe you would have to use a 0-10 volt input to initiate a mode switch.

A Mode can be activated using two different methods: