Is reefing the only option?

coseal said:
planted tanks are pretty sweet! more work than reef IMO...... just as expensive too- if your into the "shiny things"
Click to expand...

For sure not as expensive. Plants are cheap. But the rate of growth on a planted tank is so fast it’s really hard to keep it looking good.

speaking more towards the equipment side of things.. but yes fast growers can be a literal "handfull" in a high tech co2 driven tank lol

I went with not sure.

While reefing is great and all, a Tanganyikan specific tank is pretty interesting too. "Lake Tanganyika is the second largest freshwater lake in the world and the second deepest lake of any kind." What I've read is that the lake was deep enough to buffer the effects of the asteroid that took out the dinosaurs, as a result the fish have had a very long time to evolve, similar to saltwater fish.

I wouldn't go larger than 80g on a saltwater reef, but I've always wanted a large Tanganyikan tank, something in the 120g+ range. I might do it when the kids are older and I can reclaim some space currently dominated by toys.

One of my favs: 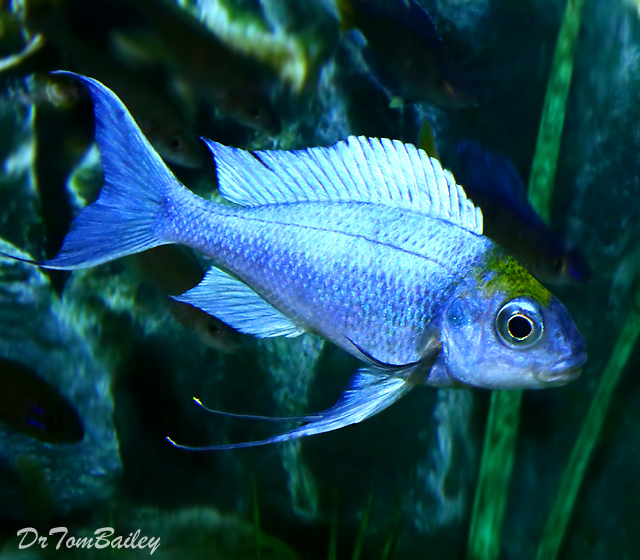 The males build a huge volcano type mound out of the sand and "flash" the females lol. They will swim around the top of the mound and lay eggs, then scoop them back up after he does his job. They are mouth brooders.

I have three planted fw, fowlr,reef

I'm not a freshwater fan, but won't absolutely rule one out.

I would likely never set-up a freshwater tank to keep Cichlids or Discus since they require a lot of meddling to keep the water parameters good. I already do that with the reef and I like it.

The retirement dream is to get rid of the reef tank and live on an island surrounded by a reef that I can enjoy without another water change. And if my dream goes big, I will have a Koi pond at my house to keep me engaged with the water kingdom-building itch.

I enjoy aquariums in general and have 2 fw puffer tanks. Tbh I'm not a true reefer and def not into planted. My dream would be to have a 300g like waterbox eel island and then a big native full of longer sunfish or a group of peacock bass.

Picked not sure as case in point my current build is a large scale fish only. Love reefs, but also love a well done FOWLR. Something stunning about some of the larger angels with room to thrive!

I have a freshwater but not saltwater yet, my African Butterflyfish is the coolest fish I’ve seen so far.

I run both! I enjoy aspects of both freshwater and reef keeping. I absolutely my love discus fish as well as freshwater catfish/Plecos, but my reef is the main attraction in the house. After keeping a reef, maintaining water parameters for fresh water seems like a snap!

Its reefing all the way for me. While I do like African Cichlids, freshwater is mostly boring to me. And as far as planted; I have an entire yard to grow greenery.

Wait...who let those Cichlid guys in here? Planted is one thing, but those rock and fish tanks are something else. Actually, my wife and I really want a shallow shell dweller tank on the sofa table. Those fish are fascinating.

I have both and reefing kind of on the side, I'm primarily a catfish enthusiast (If there was a tiny reeef safe catfish no mattere how boring looking you could bet that would be the only fish in my tank!

ReefLab said:
For sure not as expensive. Plants are cheap. But the rate of growth on a planted tank is so fast it’s really hard to keep it looking good.
Click to expand...

I think that depends on your plant selection, both my tanks are low tech planted tanks and I only have different varieties of java fern, anubias and bucephalandra which all have many different shapes, sizes, a few colours and are very slow growing. Only time it grows out of hand is when I put it off for over 6 months.

I like the overgrown wild look personally, mainly because I know the fish do.

I do planted and Reef it is just fun to do both. I never like to box myself in with my aquarium hobby. When the reef system is having issues I can enjoy my planted tank.
I go big in both so my Planted tanks are high tech with the best lighting and Co2 and GHL Profilux and dosing. Just getting ready for a new ADA 120p for my living room and it will be my Fall aquarium project.
my planted tanks are my stress free tanks my reef systems just to increase my stress.

revhtree said:
If you got out of reefing would you ever consider a planted tank or any other type of aquarium? 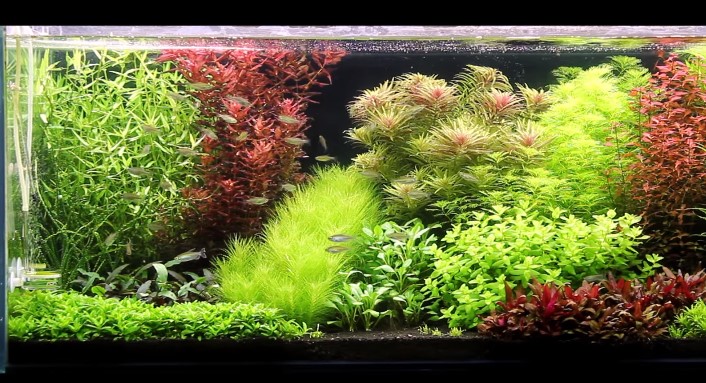 Why would I get out? What did I do wrong? Why don't my corals love me anymore?? Why are you making me think this way!?!?

PS. And yes, for me, reefing is the only way to fish tank

Everyone is different and that great for both hobbies!

Currently have about 20 or so smaller tanks for breeding plecos, corydoras, and some cichlids.
I am also setting up a large reef. Interested in both, but if I had to choose it would be freshwater.

Got a 75g reef tank, 4g shrimp and Betta tank and a 50g freshwater community. Love them all, couldn't get rid of any. Had 7 at one stage and these are the ones that made the cut. 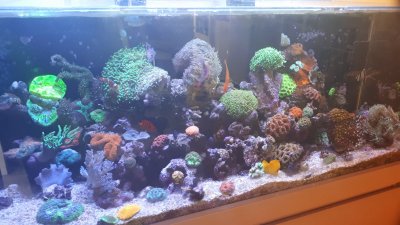 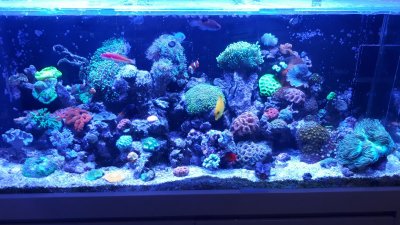 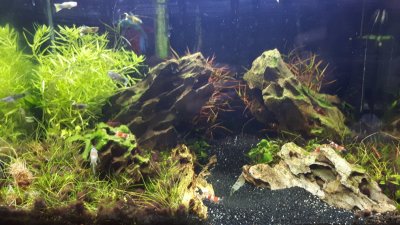 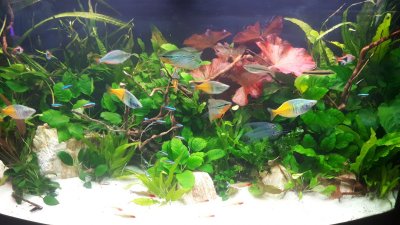