Well after a 10 year or so absence I decided to jump back in with an AIO. This is so odd for me as my previous builds have been hundreds of gallons and rubbermaid sumps.
This will be SPS dominant with some LPS 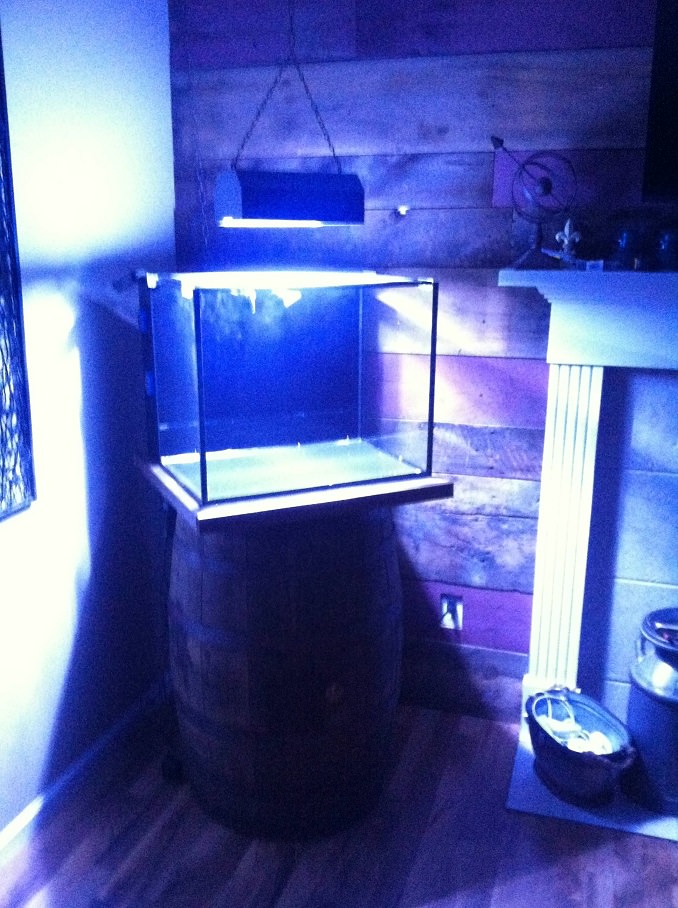 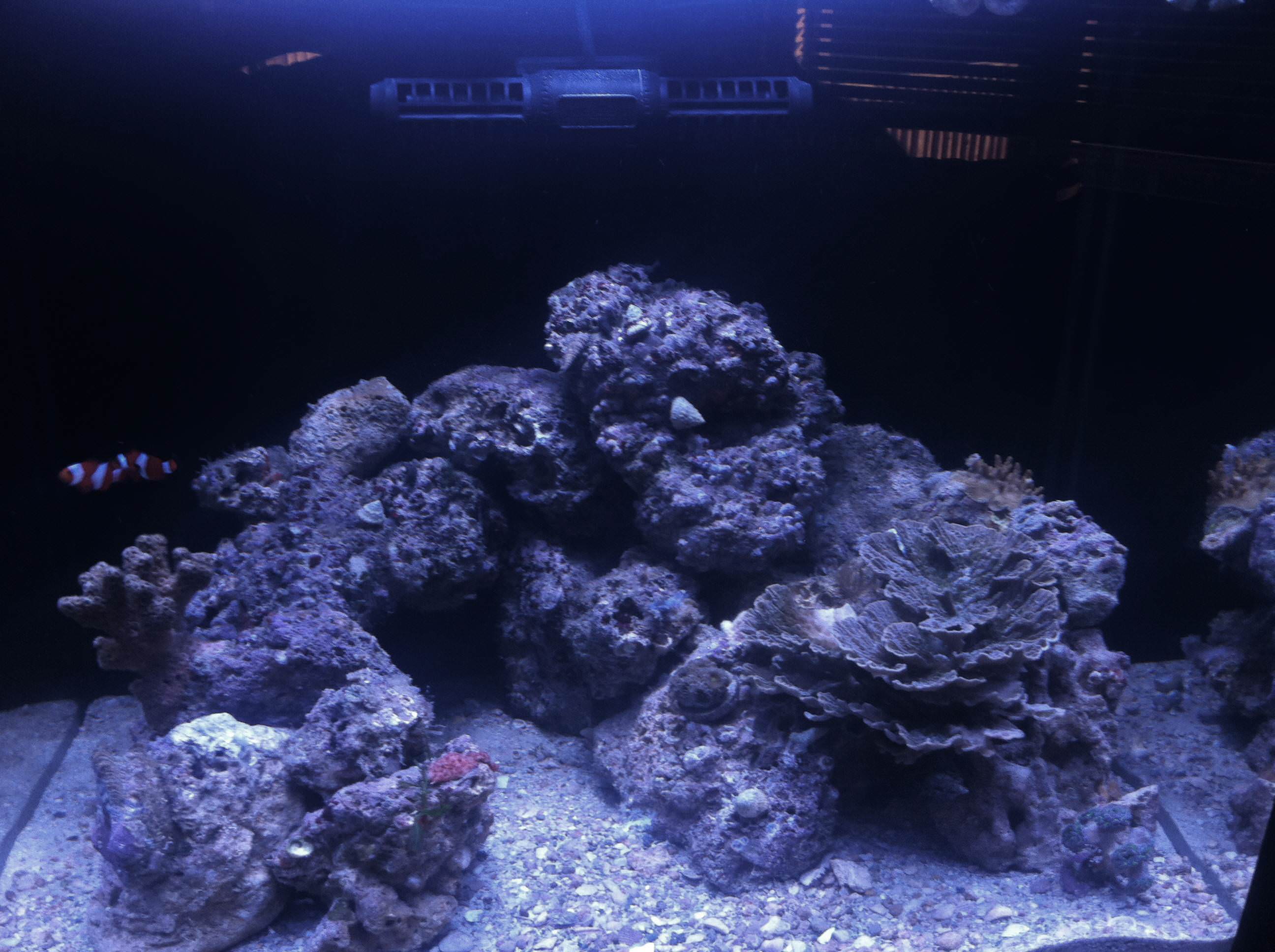 Thank you. The craziest thing is it was "reef-pi" that brought me to this site. Considering building it out instead of buying. I have a pretty good background in electronics, have built tesla coils, lasers etc for years. I built a tec controller temp monitor from a pi in the past for my laser diodes.

Looks great, using a barrel to prop up the tank is a interesting idea! Looks great, I will be following along for updates
OP

OffTopic said:
Looks great, using a barrel to prop up the tank is a interesting idea! Looks great, I will be following along for updates
Click to expand...

Thanks The base is two pieces of birch 3/4 plywood laminated together then edged with maple for extra strength. I am sure overkill but didn't want any worries.

Began construction on my reef-pi, will be nice to have some thing automated. Was going to just go Apex and call it a day, but really prefer tinkering.

The tank I am happy to report has healed all the test SPS, a Garf Bonsai, tyree undata (these two were actually from pieces that I traded in for credit 12 years ago to the LFS they found them wedged under some rock tearing down a tank) and another Monti cap. The Bonsai has grown over some broken tips and starting to shift color from brown, The undata was mostly just skeleton but has actually grown like a weed my wife even though I got a new coral as a spot grew that wasn't visible in the beginning in the dead part. The monti went from brown/bleached shedding some flesh to now darker green.

I started this tank with TBS package and a couple local live pieces of rock 6 weeks back or so, never saw much of a cycle slight ammonia, nitrite reach 10ppm now about .01 just a tinge of color on the lowest resolution salifert, I have found most tanks do always show a tinge even though everyone rounds to 0. Nitrate is at about 20ppm, this is higher than I ran in the past, but as long as algae doesn't become an issue i'll keep it higher intentionally this time and see how the coral do.

Yes most say a year or more before taking the plunge to SPS, but I have corals arriving later in the week and really feel if the rock is mature all will be fine. I think the recommendations are more to teach stability and maintenance.

I am really glad I went with what I knew for lighting and not the new LED's.

Hopefully youtube embeds work, not the best but was test for focus distance.
[youtube]v=9ot1U_YksSo[/youtube]

Good thing I am already planning the next tank, first frag pack just arrived and I already din't like how close I needed to place them.
OP

And here is the Macro video after I hacked the gopro2 to do macro shots. focus distance is narrow, but wow so much better that the stock video above.

speedstar said:
And here is the Macro video after I hacked the gopro2 to do macro shots. focus distance is narrow, but wow so much better that the stock video above.

That is very cool.

Clearly I am not very good at this updating thing. The last month has gone pretty well, though I had found a crazy high po4 amount, like off the chart. >3ppm

I am currently working to reduce this slowly as I have about 15 SPS in the system I do not want to shock. My only thought is that the plankton I was dosing for the sponges (I used TBS rock and some established) heavily must have brought in the levels.

I am sick of washing filter socks and the next purchase will be an InTank caddy and floss.

Have room for 4 more acro frags. Might wait awhile on them due to finances kids birthdays and Christmas coming up.
OP

Been fighting to bring down po4 and nitrate, no algae issues though it does grow fast, I more have noticed issues with sps color growth. Couple new pictures, happy to see some encrusting on some frags. 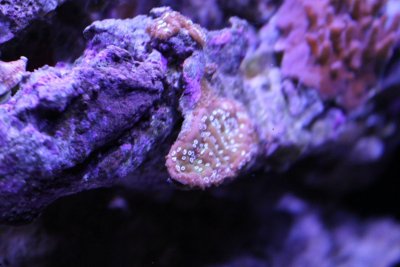 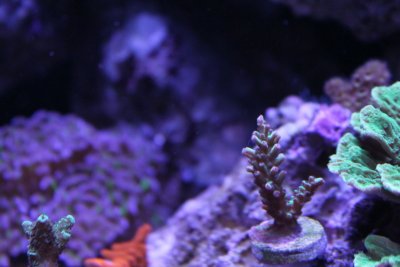 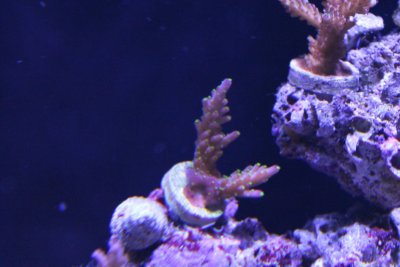 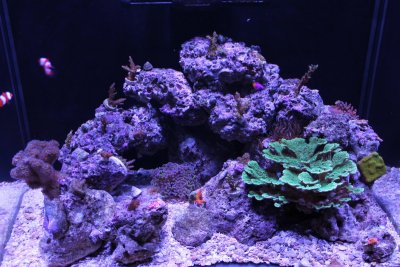 Also just ordered a new bulb stayed with the 250w DE 14K, also ordered an intank basket, will use floss, carbon, gfo and some biogems in the compartments.
OP

hoping this JF flame takes off, 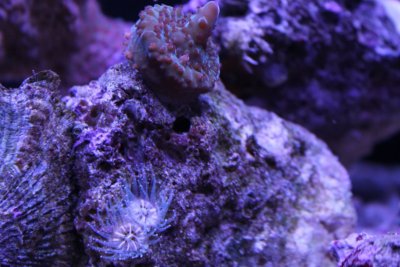 and here it is 9 days later 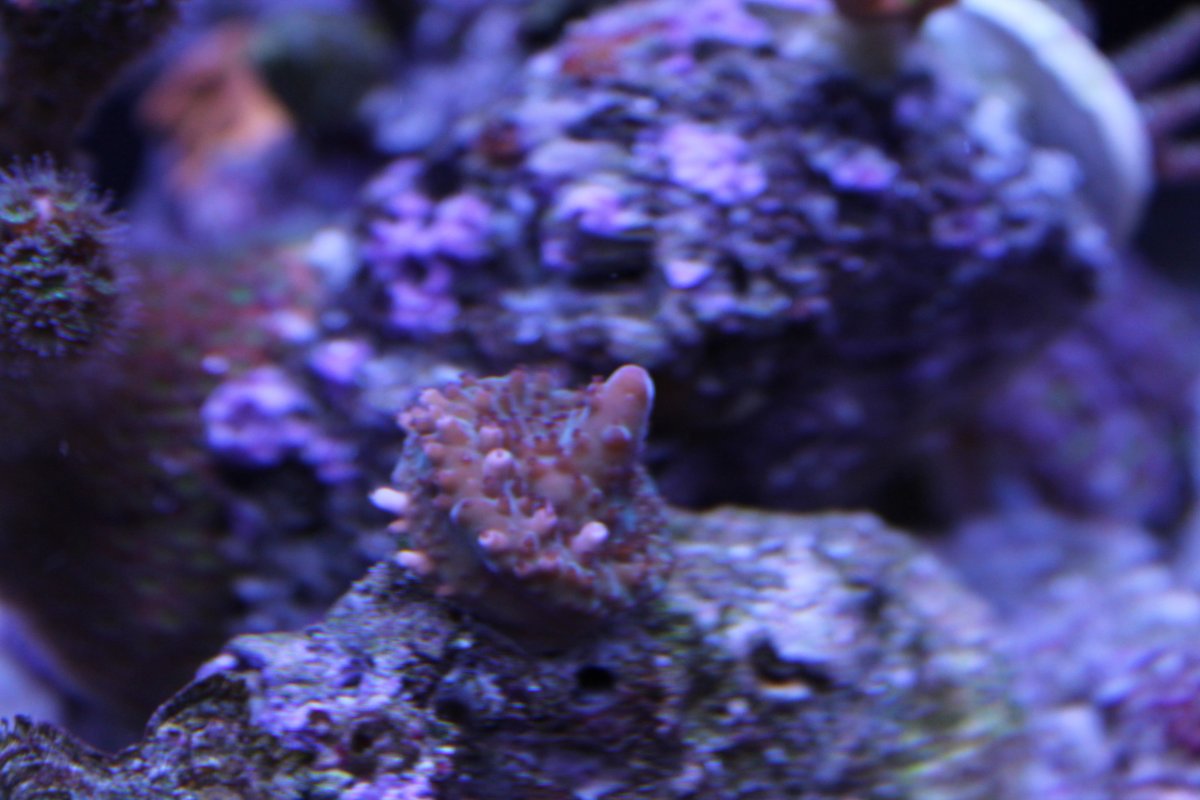 also the terrible looking aptasia thing(behind cap), is a curly cue anemone that my wife had to keep. Figured since I said this wouldn't be a coral tank I better let her.
Last edited: Nov 19, 2018
OP

added an intank media basket, GFO and GAC, as well as some ceramic gems. SO glad to be out of the filter sock game, hated washing them over and over. Now I can just easily swap the top pad or cheap poly fill.
OP 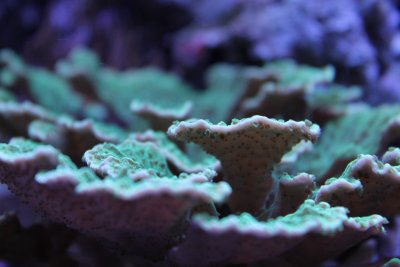 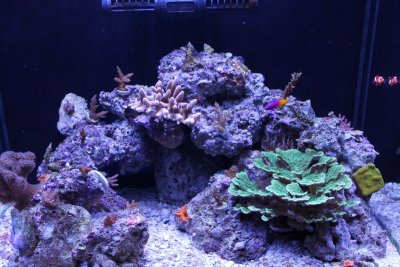 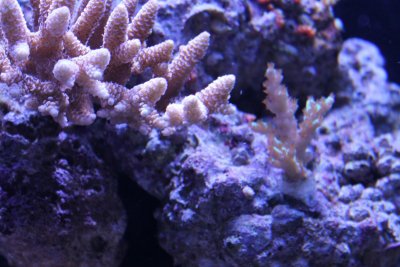 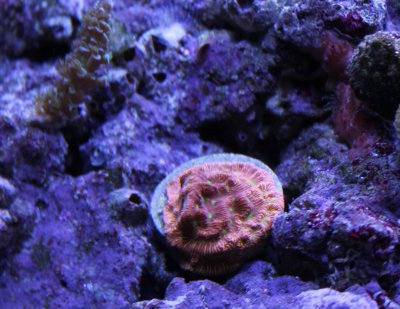 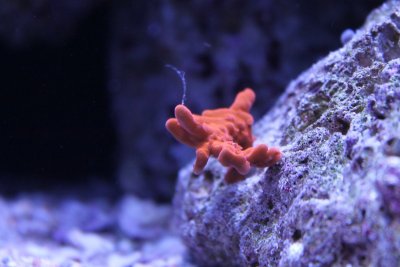 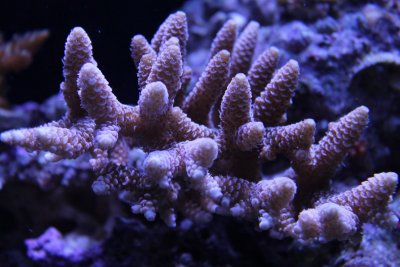 how is the fox flame doing?