yesterday I noticed one of my large SPS colonies that I had for over two years was melting away and then this morning the whole thing look like it was melting and gooey...

then noticing it’s also spreading to my other colony near it I remove both colonies and the one that was also being affected I flagged it the best I could dipped in iodine.

no swings in any chemistry the only thing I can think of is I added five new hammerheads from someone else’s tank that I did dip and Bayer solution and I also added GFO and carbon reactor for the first time four weeks ago I don’t know if that could cause it but after four weeks I would think that it’s not the GFO as my phosphates are still 0.12.

anyone else think it’s the GFO or could be the new corals I added as a bacterial infection I hope it doesn’t spread to my other SPS colonies? 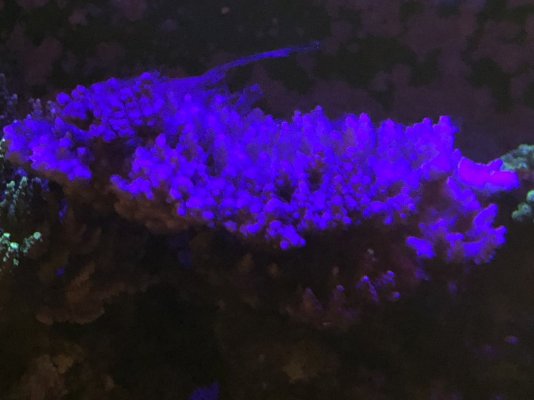 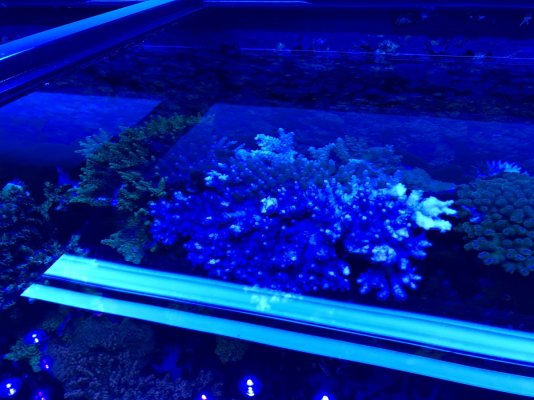 Can you show pics under white light? All visible is dark blue

If it’s gooey it’s not rtn, its most likely a brown jelly disease. Check your ph, was there a serious dip, also check your pumps was your flow off or are your pump not working properly ?
OP

Macdaddynick1 said:
If it’s gooey it’s not rtn, its most likely a brown jelly disease. Check your ph, was there a serious dip, also check your pumps was your flow off or are your pump not working properly ?
Click to expand...

It was very gooey, I did not know sps can get brown jelly disease.

my flow is running fine it seems, nothing changed with that.

Shading or other issue causing bleaching/stn at base of colony?