Rating - 0%
0   0   0
CYCLE DAY 1 - water is a bit cloudy and has a greenish hue to it. There’s also tiny white stringy things hanging off my rock. I was ghost feeding for a few days and added fritz turbo start 900 yesterday. Lmk if this looks bad. Ammonia is reading high right now. 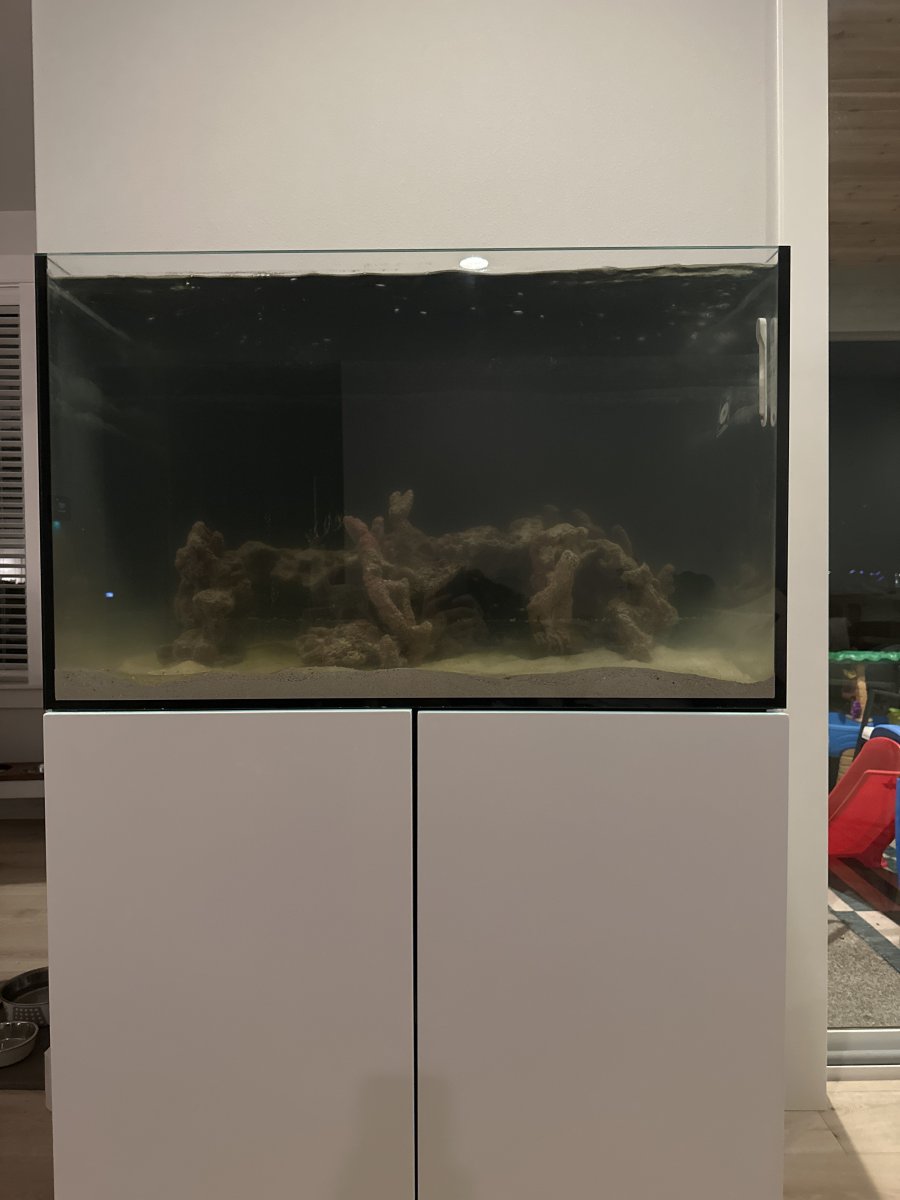 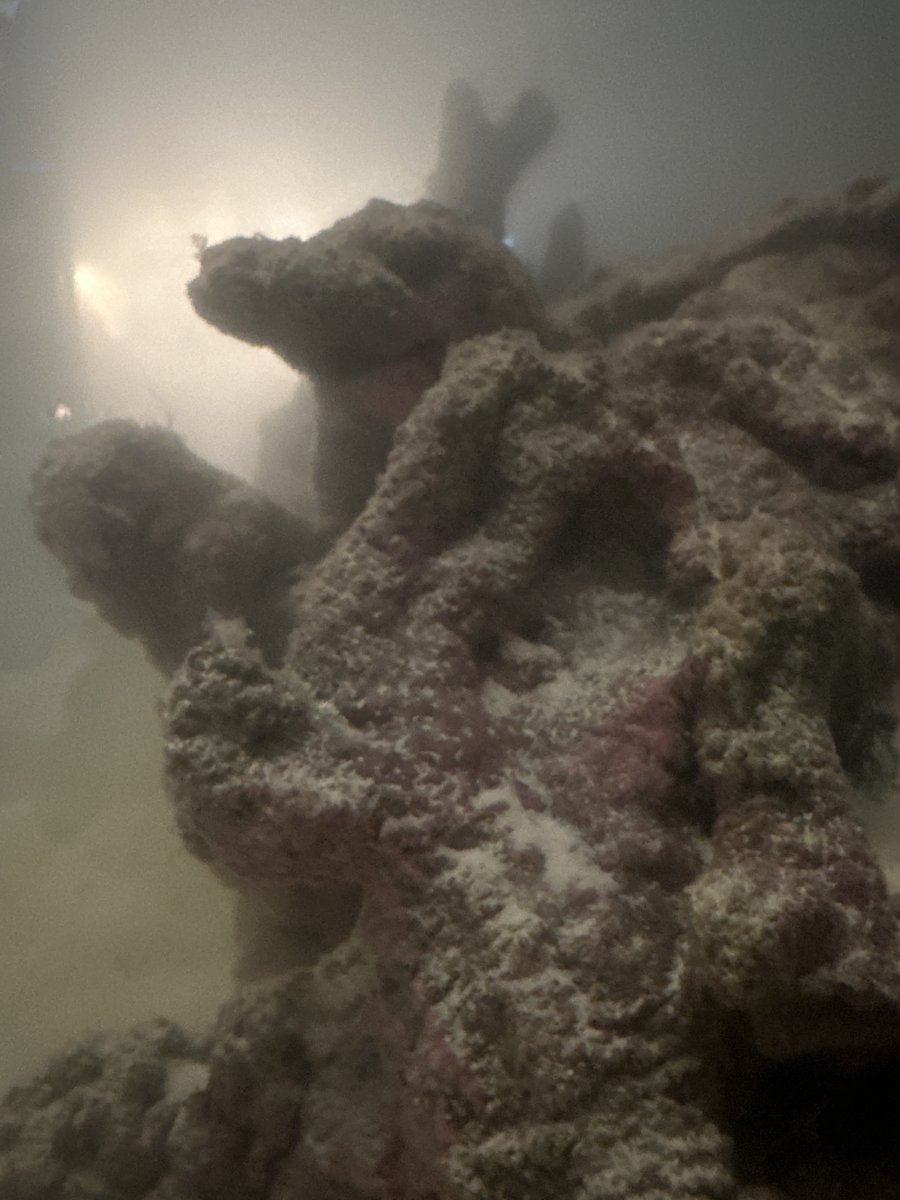 UPDATE: Here’s what it looks like installed. Having some issues with the plumbing and making sure it fits properly in the sump. The rest of my parts are arriving on the 16th! 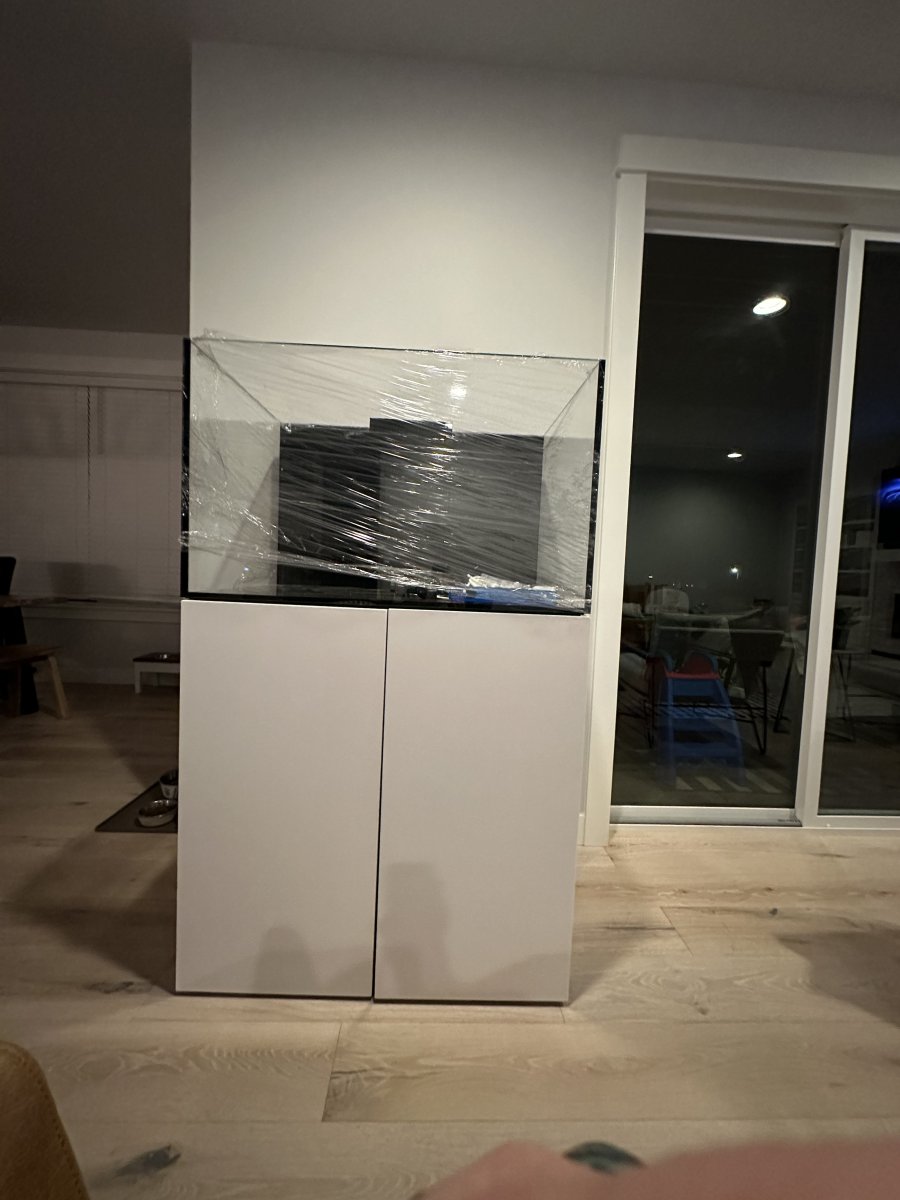 I’ve wanted to get into reefing for such a long time. I’m lucky enough to have neighbor who used to own his own tank in Brazil and is mentoring me through the process.

Ive purchased a waterbox dx 100.3 and it arrives tomorrow! Here’s a photo of it from the website!

I’d really love input on the cycling process and what I should put in it to start. I really want to take it slow and learn the chemistry of saltwater.

here’s a list of everything else I have purchased that is arriving next week and all of it was purchased from BRS!!! 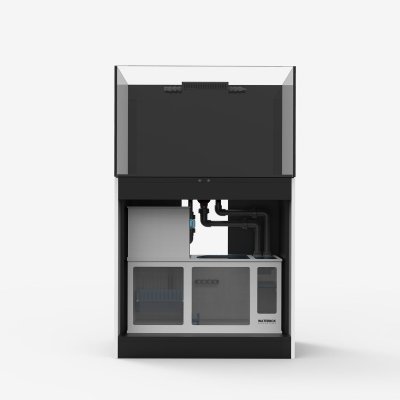 Peace River said:
That is a great tank and it looks like you have a good plan! Congratulations and welcome to the adventure!!!
Click to expand... 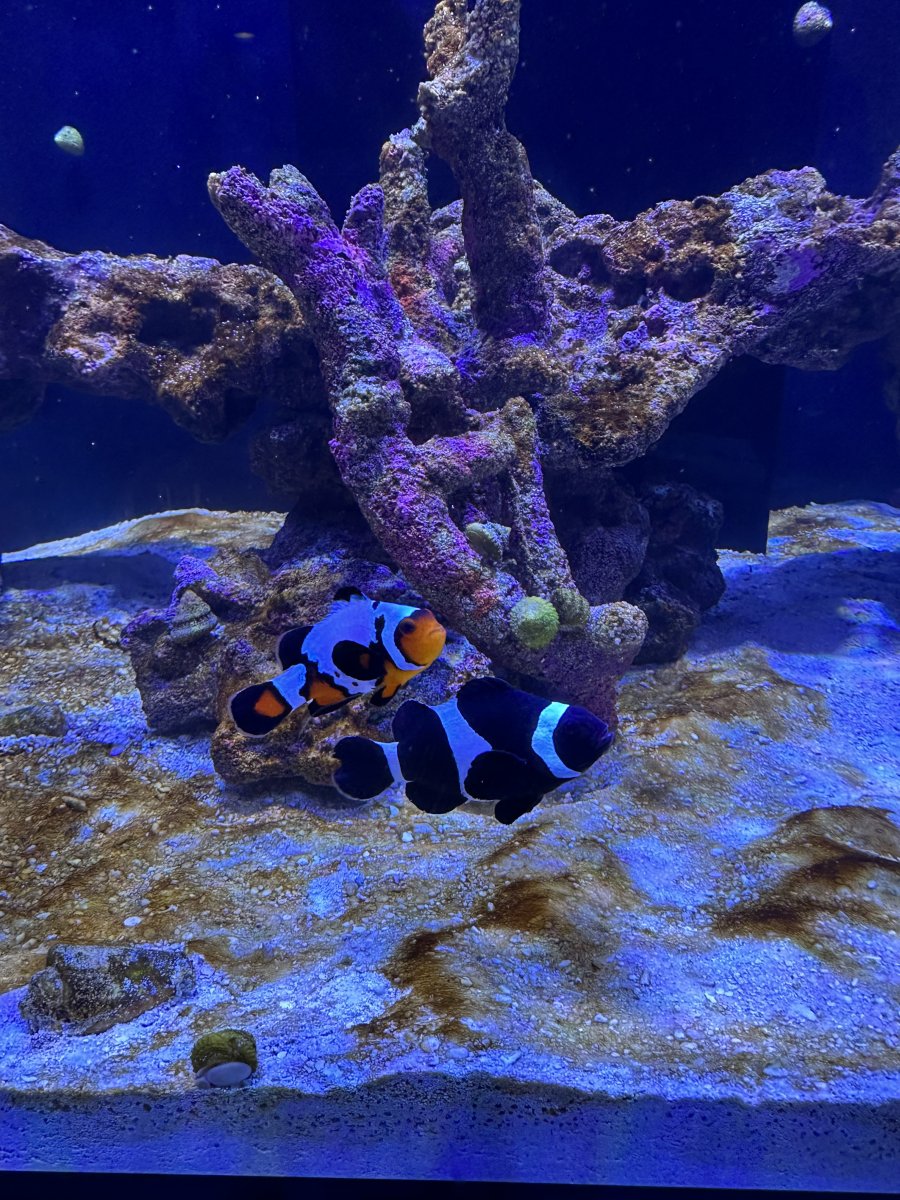 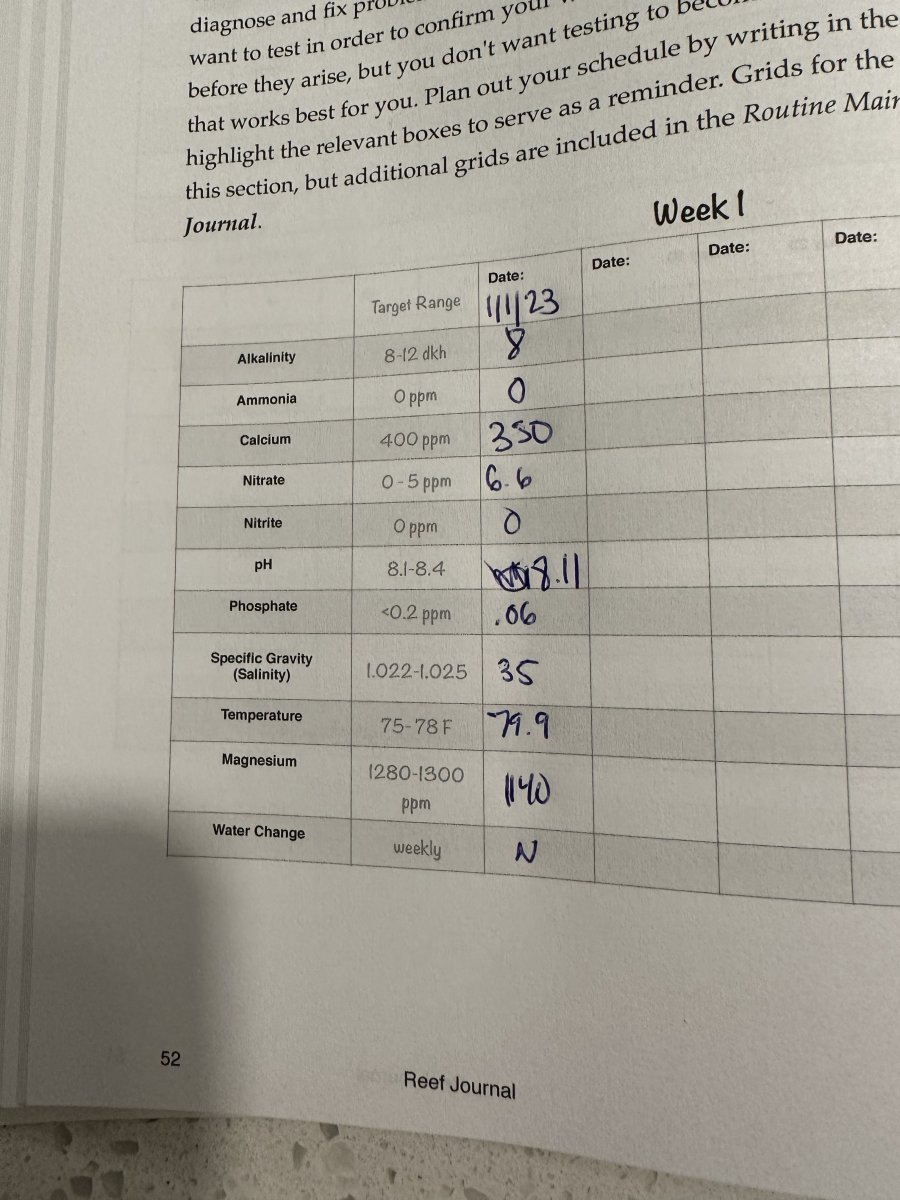 I used fritz turbo start and of course did a fish-less cycle.


I had them in the quartine tank for the first day but the blenny looked terrible and stressed. It had changed colors, wasn’t moving and wasn’t earting. I had a gut feeling to move them to the DT, especially because they’re all from the same store (corals, clowns, etc). I had to move around my rock because my clownfish were being bullies to the blenny. Almost immediately after moving the rocks, the blenny started swimming around, returned to normal color and is eating well.
The basslet has created a home twice. The other day we got to watch it spit sand and Carry rocks as well as attack multiple zombie snails.

My cleaner shrimp molted last night which was awesome to wake up too (I had a tarantula and loved see it molt.

my goby has moved a few times but is now front and center under a rock.

for almost 24 hours my mushroom coral
Was missing. Thought for sure it was gone but I found it under a rock on the other side of the tank .

so far things have gone great. Here’s a pic of the testing parameters I did today. Note that it says no in the water change because I did not do one before or after these tests. 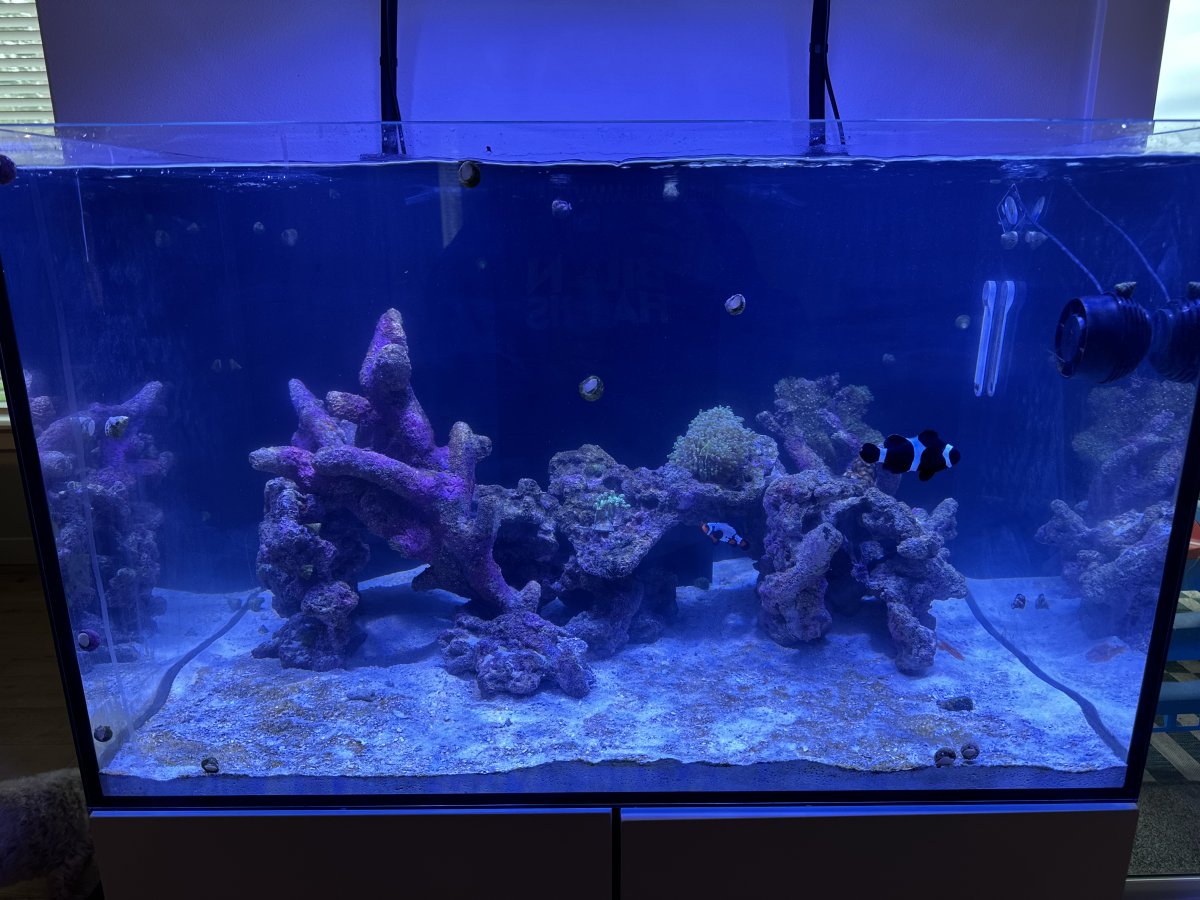 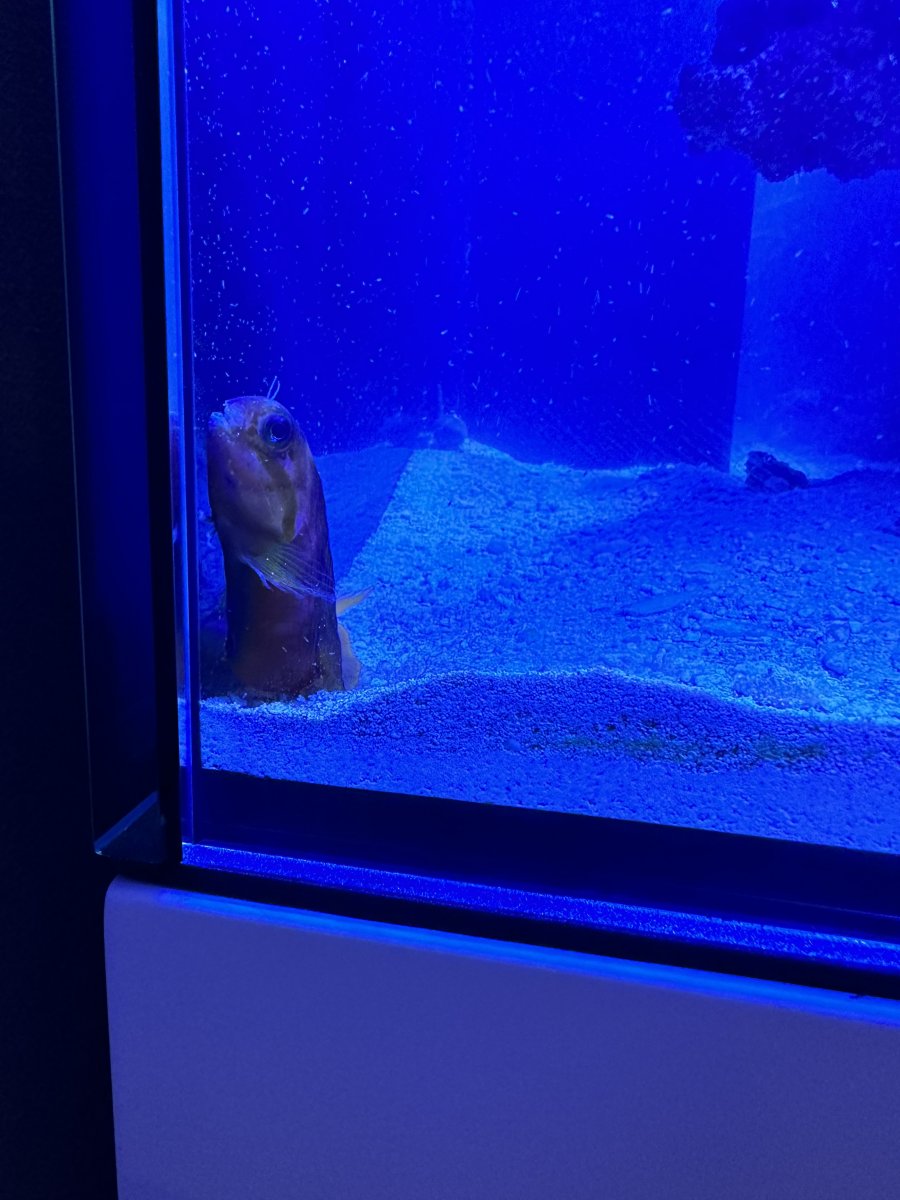 Rating - 0%
0   0   0
I lost my first fish Monday. Noticed that snails we're all around one specific area of my tank and upon closer look they were eating my goby. Not really sure what happened, but levels are good in the tank. In the single day it was in QT we noticed overnight it got a red spot on it. Not sure if it was the basslet or the blenny. It's been making me hesitant to start adding stuff to the tank. Is there a rule of thumb on after something dies how long you should wait?
B

Rating - 0%
0   0   0
So I just got a Waterbox 100.3 DX as well. Did you have any issues with the plumbing? I had no problems with the two drains, but the return pipe seemingly does not fit. I have to imagine I’m doing something wrong. Do you have a photo of your sump setup?

Rating - 0%
0   0   0
Yeah I had a big issue with the fitment of the return pump. I will send you a photo when I get home. I have a sicee return pump and the provided fittings didn’t fit the waterbox. It’s also really angled. I bumped it onetime while cleaning something and it knocked the pipe off and disconnected in the sump.
B

theasherrr said:
Yeah I had a big issue with the fitment of the return pump. I will send you a photo when I get home. I have a sicee return pump and the provided fittings didn’t fit the waterbox. It’s also really angled. I bumped it onetime while cleaning something and it knocked the pipe off and disconnected in the sump.
Click to expand...

Thank you so much! Here is where I’m stuck. I think my return pipe is supposed to go through the hole and not into the return chamber. But it’s too big to fit through the hole. I was expecting something like the two drain connections on the right which seal with the lid in between but I just can’t get it to work and all the videos/instructions online are for the regular 100.3, not the DX

Rating - 0%
0   0   0
The bottom two pipes unscrew and the one that stays attached is smaller enough to put in the hole. After it’s there you have to screw it on from the bottom of the hole. Basically it’s fighting above and under the white acrylic in the sump