I would like to add some old live rock that has been sitting outside for years. Before I do what should I do with it. Currently is soaking in RODI water that I change everyday for the past week. With a small pump. I guess the question is how long should I soak it for and is there anything else I should do.

thanks for the time.

Gonna have to cure that rock for a while. Basically recycle it.
OP

Ok so make some saltwater and let it cycle. Good thing I asked. Cool. I have some microbacter I can add some of that then add food sometimes. Got glad I asked.

michaelb said:
Ok so make some saltwater and let it cycle. Good thing I asked. Cool. I have some microbacter I can add some of that then add food sometimes. Got glad I asked.
Click to expand...

I would basically put it in a bin or bucket with a heater and pump and your microbacter7. You shouldn't need to add any food or anything. Just wait till ammonia, nitrite, and phosphate stop rising.
OP

Last question. Can I take water from a water change and put the rock in that to cycle. Bad idea good idea?

Clean it briefly and put it in your tank. your 5 years old tank is cycled - it will not change if you put in new (old) rocks. Absolutely no need to cycle them - you do not cycle rocks you cycle tanks and your 5 years old tank is cycled for sure. I´m sorry that I am giving opposite advises than others - but why should easy thing be so dam complicated.

I agree to an extent.

How much “live rock” are you adding to your established tank? Since this rock WAS live...it means there’s dead bacteria and microfauna all over it. If your tank is small, or not cycled it will cause an ammonia spike from the decomposition of dead organics.

If there’s not a lot of new rock in proportion to your current rocks in the tank, I would soak the rock in a bucket of bleach for a week and then let it sit in the sun for 2 days. Letting it sit in the sun is very important because the bleach will completely evaporate in light.

This bleach method will accomplish your same goal in a fraction of the time.

Slow curing a rock like you are doing now is doing the same thing as the bleach process, but at a very slow rate. Decomposition takes time.
One benefit of the slow, natural way is that you get to build new living microfauna for nitrification.

But why would you need to waste months of your time waiting for microfauna to build when you already have a large sustainable population sitting in that 5 year old tank? Your tank can handle it and will spread its own bacteria to the new rock.

Don’t just dump the rock without bleach as above user said. You will cause nitrates and phosphates to leach and cause a bloom depending on how much organics were left behind in the old rock. But bleaching it will remove the dead stuff.
Last edited: May 28, 2021
OP

I love reefing always another way. How about this I’ll soak in a bucket for 2 weeks. Balance? thanks for the time everyone.

How much rock and how big of a tank? I add old aquarium rock that's dried out periodically to existing systems. If it's a couple pieces going into a big tank I'll hose it off well and stick it in. If it's got dead stuff on it like old GSP it'll need to be scrubbed. If it's a lot of rock proportionally to a tank soaking it in water taken from the aquarium is the way I'd go.

If it's clean rock and you already soaked it for a week I would stick it in. If it got sprayed with weed killers and pesticides while outside I would probably put it back in the yard.

it’s not a huge piece of rock, one. But being a 10 gallon tank I wanted to ask love the conversation thou. Keep going anyone else?

Excuse me - instead for briefly cleaning I should have said - clean from organic matter (but I doubt it is any left after years of dry storage outside) There is bacteria on it - no harm at all. Just put it in.


WVNed said:
If it got sprayed with weed killers and pesticides while outside I would probably put it back in the yard.
Click to expand...

I agree in that

Sorry did t see the replies. 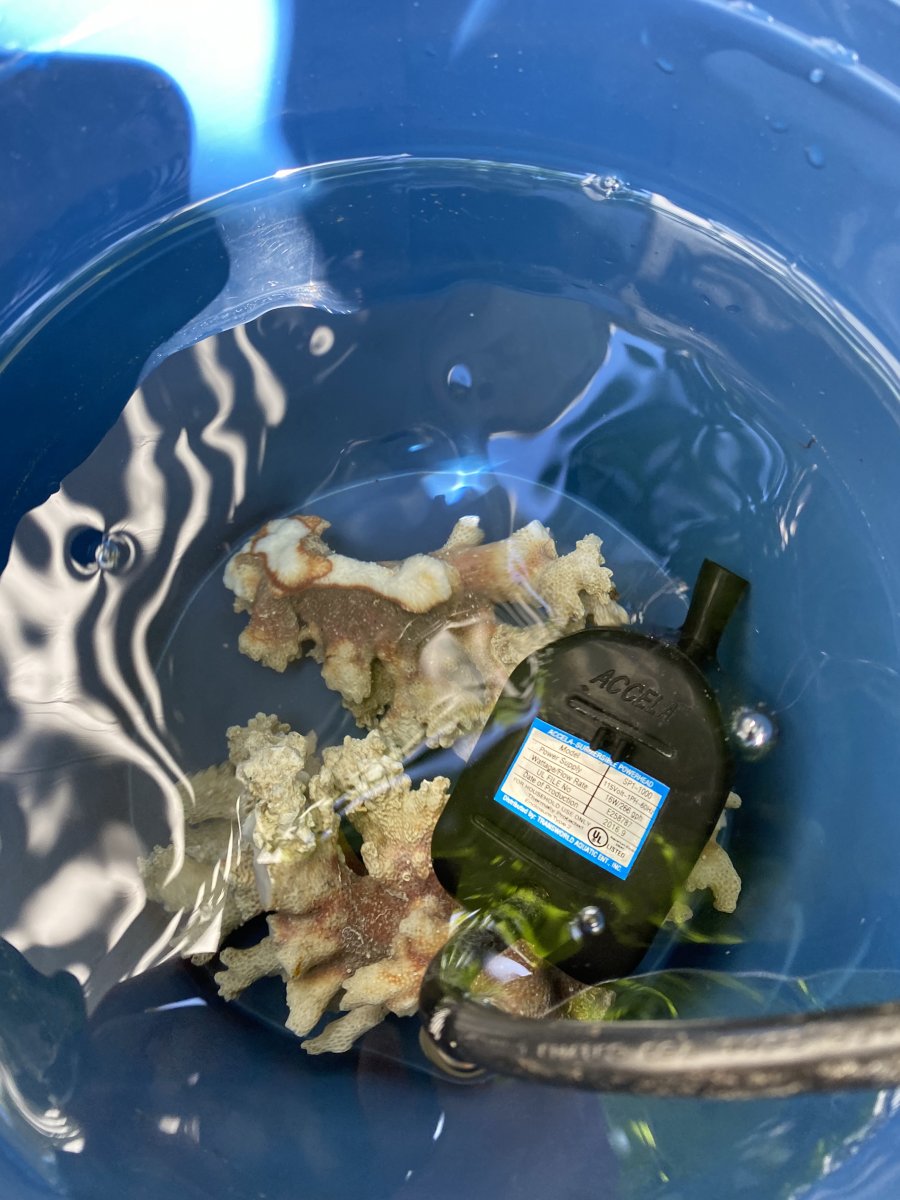 IM fusion 10. Might only use one of those pieces.
OP

It was outside on a busy street that mainly why I soaked it. I remember when I had a 100 gallon when I was a teenager(years ago my word) I grabbed rocks off of highway 395 in Ca, the LFS said soak them to get all the stuff out.
OP

The reason why I’m adding rock is to give a little more room for corals. It’s my sons tank and he can live without his huge anemone that is just huge for a 10 gallon.

It’s a 10 gallon? Please don’t put those rocks in without properly curing them. There’s not enough dilution and surface area to handle these nutrients IMO.
OP

Just made water to the bucket will let sit for awhile. Thanks

No reason at all you need to cycle the rock before hand. You are simply adding more surface area to your tank. Bacteria will over time attach and colonize that.

No reason at all you need to cycle the rock before hand. You are simply adding more surface area to your tank. Bacteria will over time attach and colonize that.
Click to expand...

OP said it was a busy street. Gas pollution can easily wipe out the tank.