Good Afternoon everyone, I am finally posting my tank after building it in September of 2021. Was nervous I was going to crash my tank so I waited to post until now.

Tank Setup: Biocube 32 with a refugium and filter floss in chamber two. In chamber one I have the bio cube skimmer that I periodically run, because as many of you know it makes way too many micro bubbles, and the heater. I have one MP10 and the stock lighting. I have a four stage RODI unit for water and I use Reef Crystals for my salt.

Livestock: One Frostbite Clow-Ebenzor (my Carmel Clown passed away); One Algae Blenny-Albus; One Timor Wrasse-Spider. (My wife likes naming pets so she names the fish, hence spider because of all the "eyes" on is pattern)

Feeding: Pellets, Flake, Frozen and reef chili. I also add Phytoplankton and am trying to keep some Tigger Pods stocked in the refugium, but we will see how that turns out. I target feed almost all of my corals at least once a week.

I have rearranged my rock work a few times and have settled on what I have now. I have made many mistakes like rushing getting my tank setup, which has caused the rearranging of my rock work. Plus it doesn't look fantastic as I bought a few types of live rock, but I won't make that mistake on the 75G I have curing right now. When I started the tank I used live rock, live sand and bacteria. I dosed ammonia at 2-3ppm until it was able to stabilize after 24 hours, this method worked, and after about 5 days the tank was cycled.

Losses: Lost a Carmel clown(Carlos) due to what appeared to be an intestinal parasite, even after placing him in a hospital tank and binding medication to its food. I had a coral banded shrimp, but I am pretty sure my wrasse ate him after being introduced to the tank. I have also lost one sixline and a royal gramma. They literally disappeared about 5 days after being added to the tank each time. I have no idea what got to them as there are no remains or sign of them at all. So no new fish until I get my 75G running. They were both small so maybe the shrimp got to the sixline before I added my timor wrasse, but the royal gramma is a mystery to me.

I also made the selfish decision to get the Timor Wrasse knowing I would need a larger tank, but she will be getting a new 75G in about a month once I get it cycled and ready for her debut to rule over her kingdom. I will never make that selfish decision again, but she does seem very Happy in the cube for now. She is easily my favorite fish and loves to get pictures taken of her. I also know it was risky to get my algae blenny, but he eats pellet and flake, as well as frozen so he is happy and always has a full belly, lucky for me and him.

So far I have seen great growth from all of my corals, and I am happy to finally get into this life sucking hobby after two years of trolling the forums. Here are a few photos, not the best at it yet. 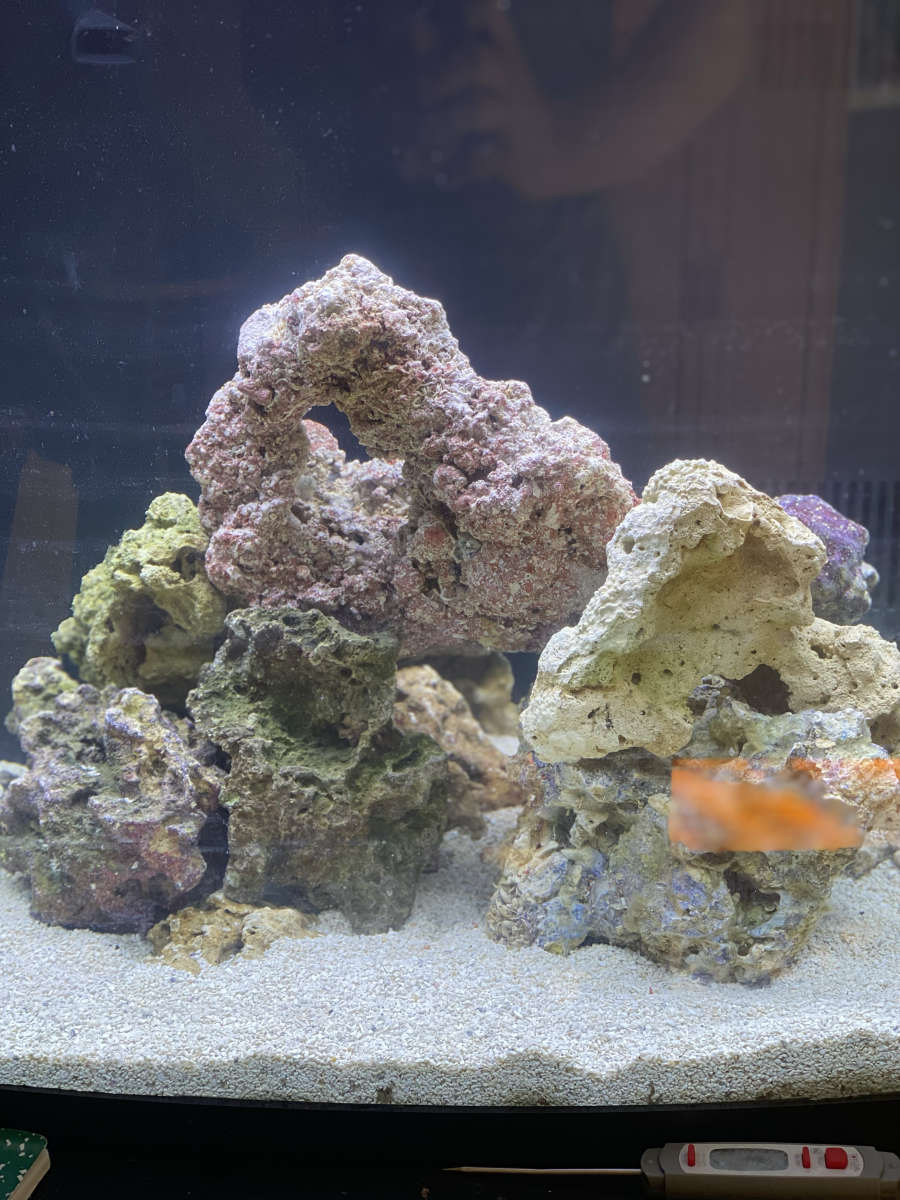 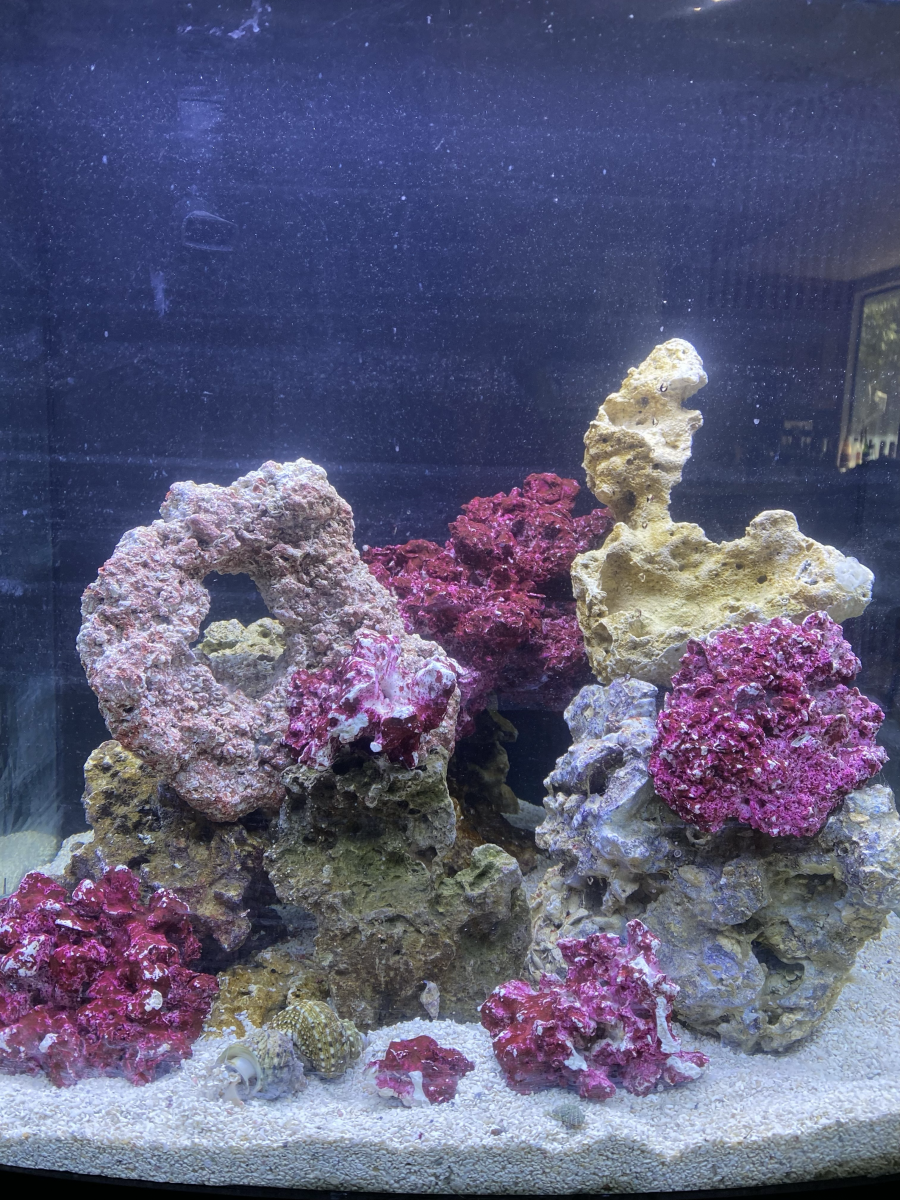 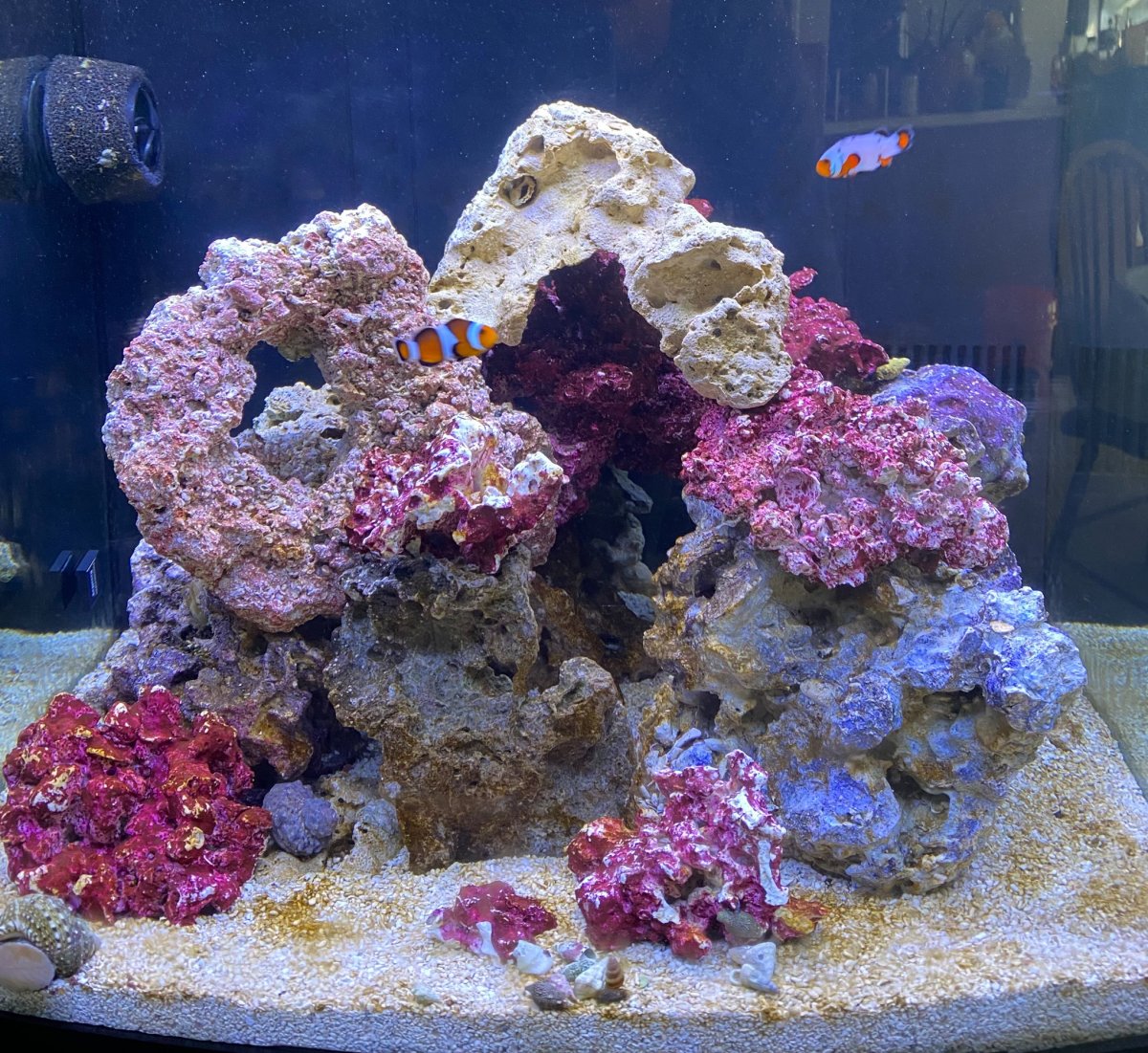 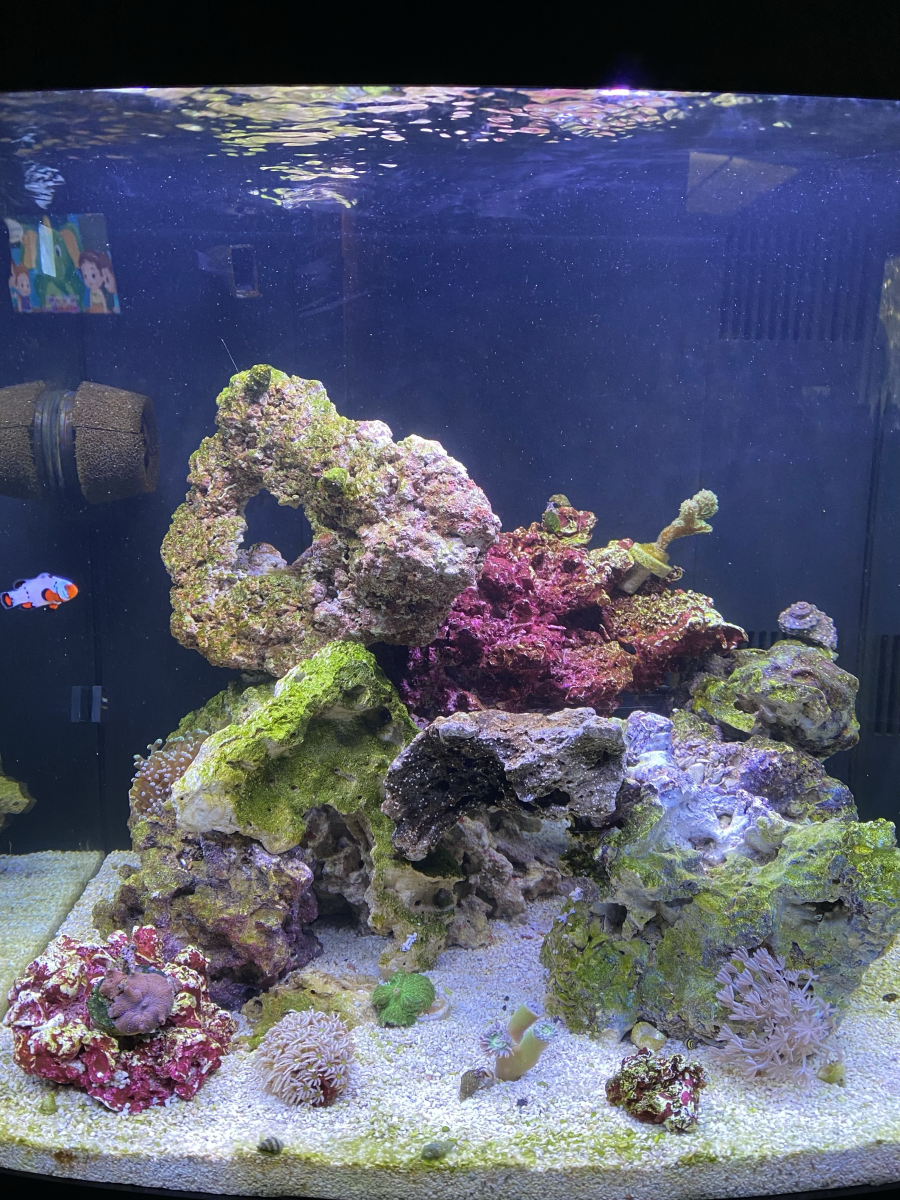 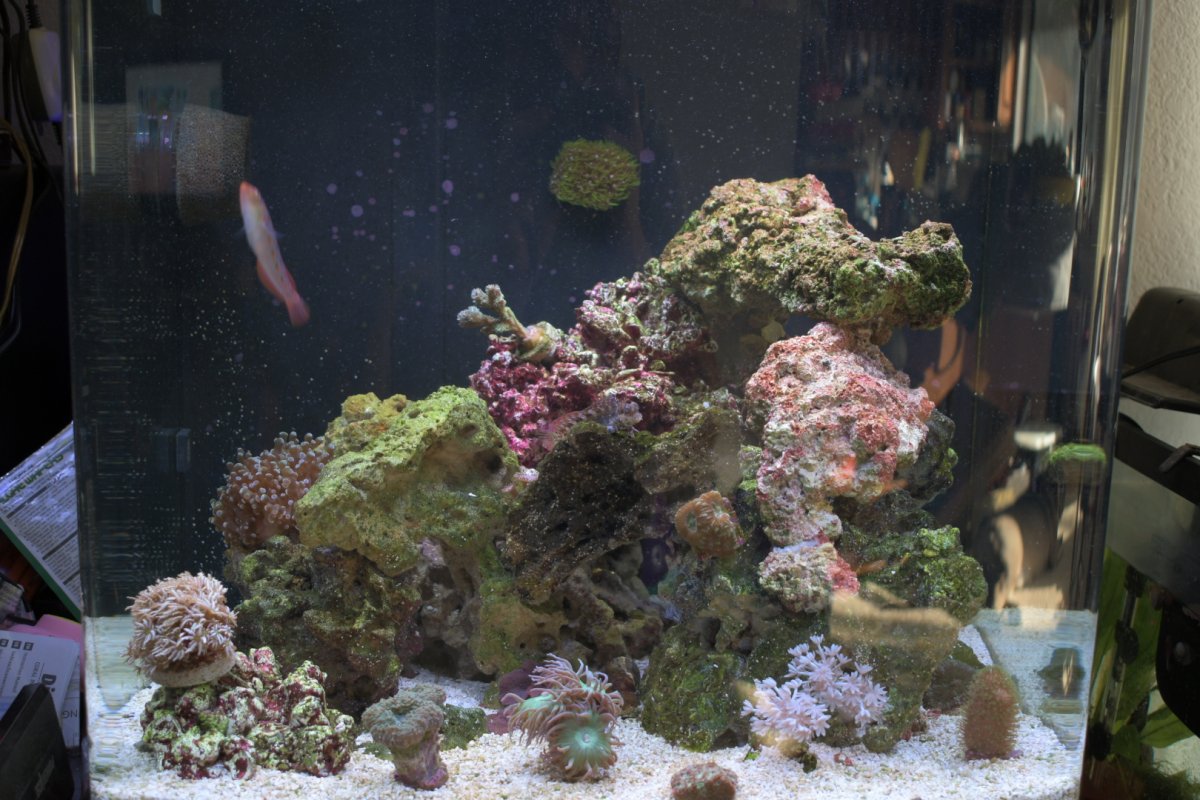 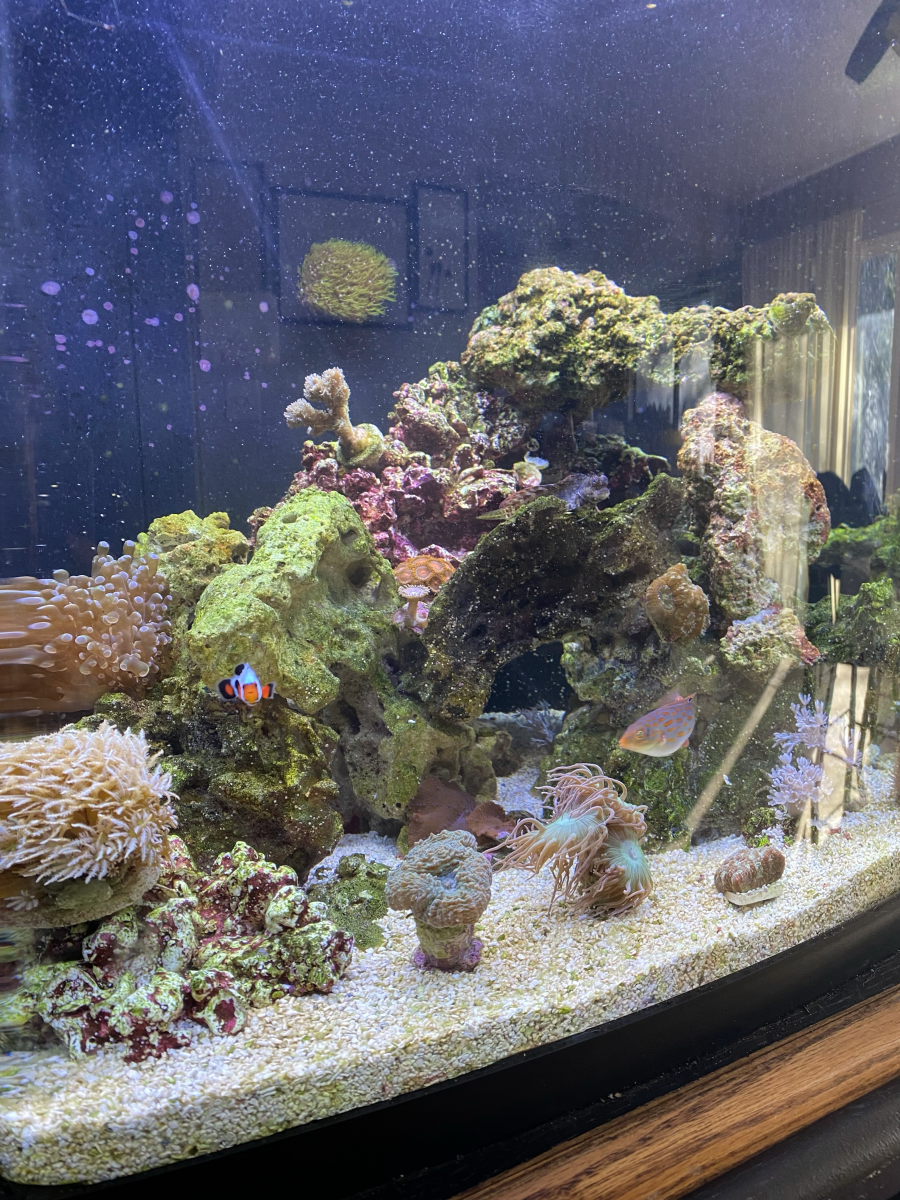 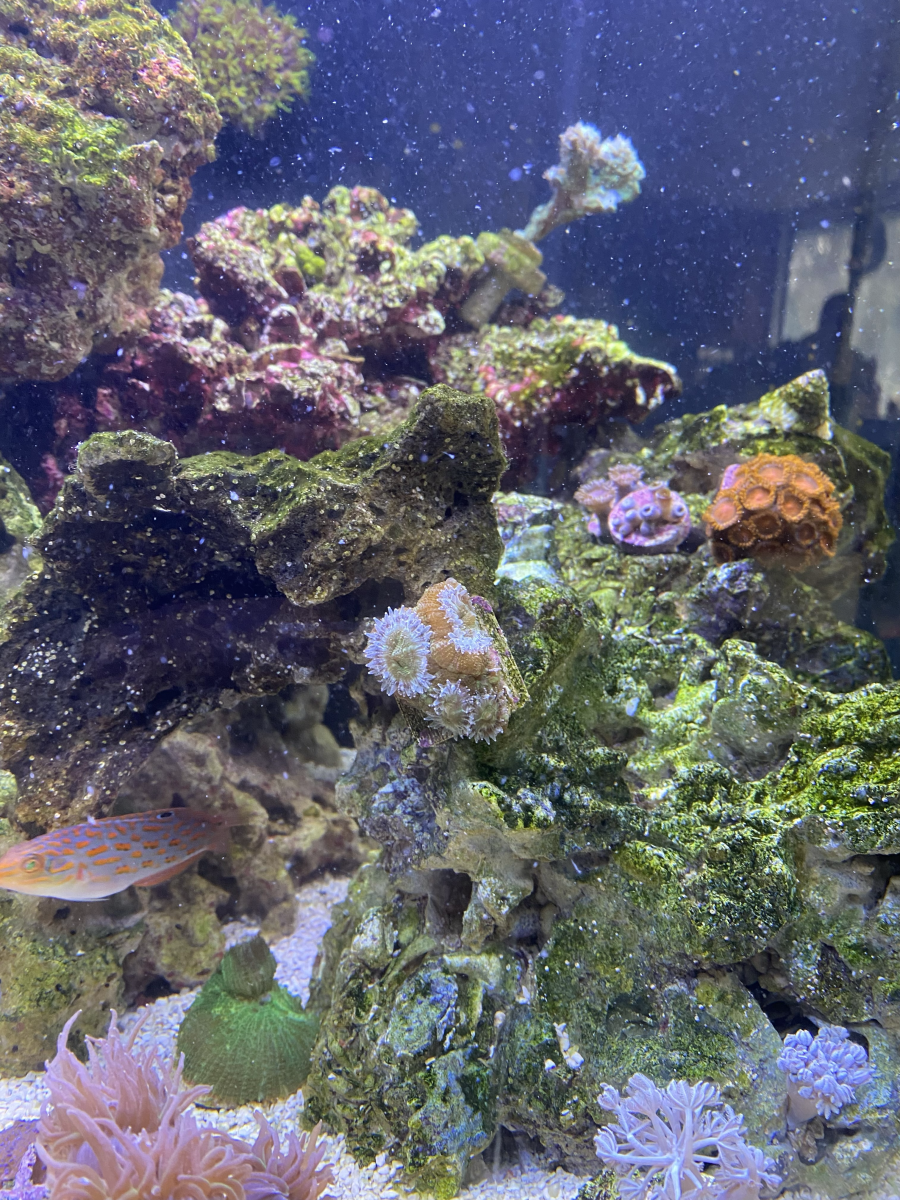 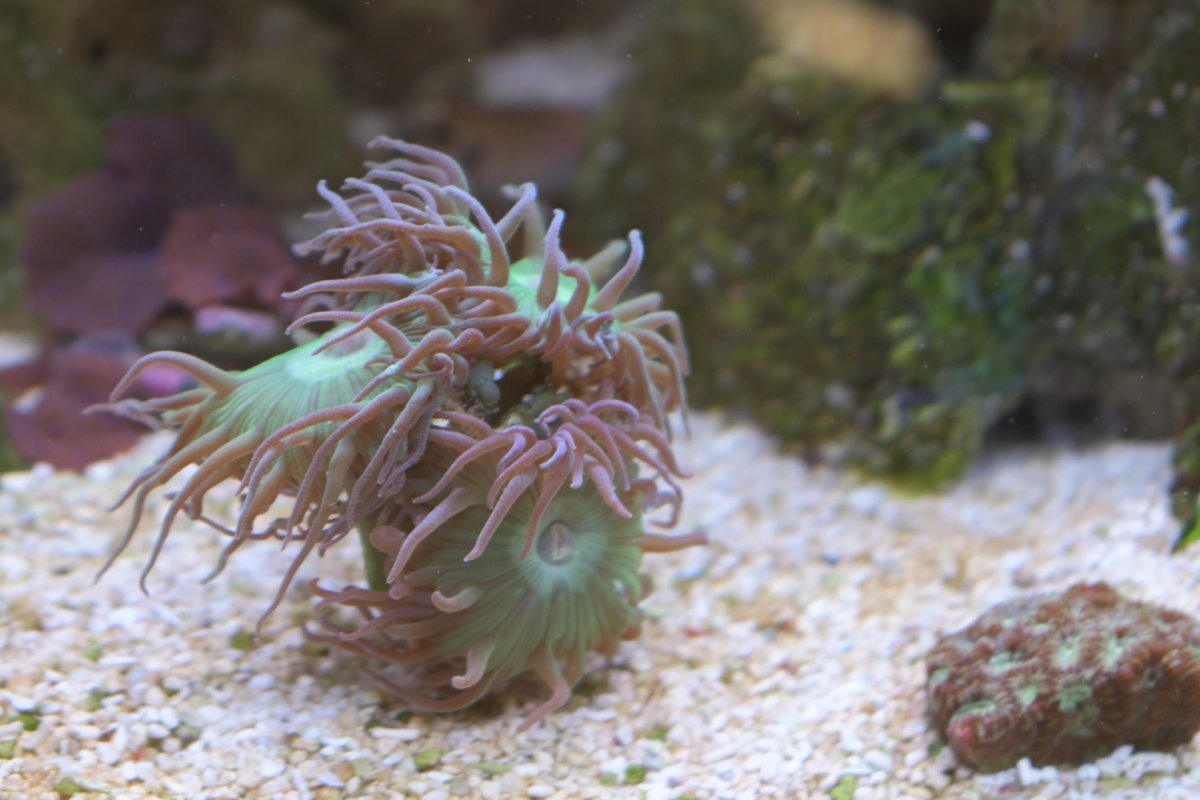 Grandpa of Cronies and Closer of Hawaiian Species

Looking good. I love the biocube 32 I hve. Even with me having very large tanks, my biocube is still one of my favorites.
OP

Thank you, I love the bio cube as well, not upset in the slightest it was my first tank.

It looks nice! I just started my first reef tank, the Biocube 32, on December 1st.

Thank you everyone! Sorry for the extremely late replies!
Good luck stephydawn, the Biocube has made this an awesome experience for me and I hope it works out for you too!
I noticed some of my purple zoanthids new polys had a pink ring, I thought I would let it ride and they have kept their color! So now there are a few purple and a few pink that are popping up. Sorry for the pictures, its hard to see the coloring. I need to get a lens filter, and I need to not take pictures with my phone. 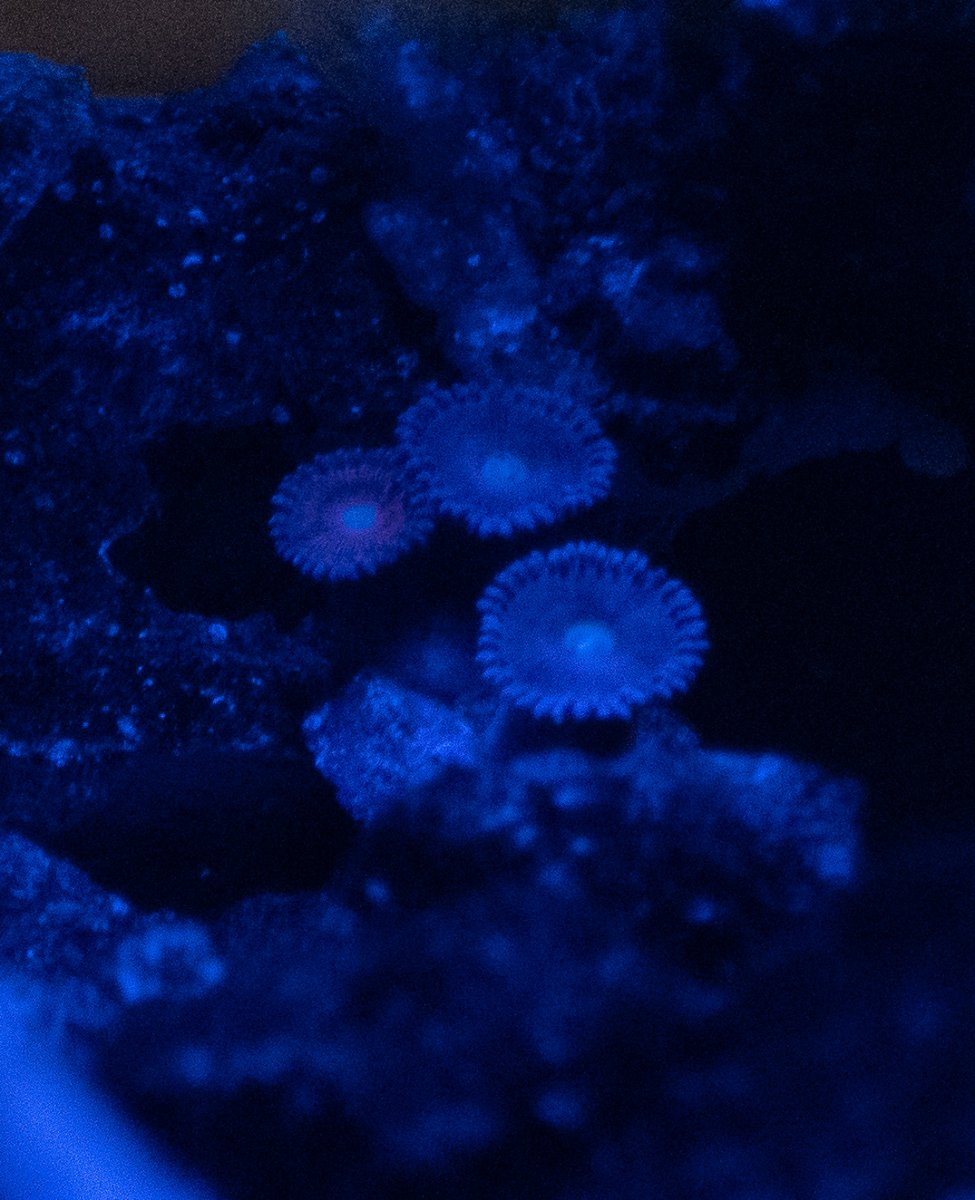 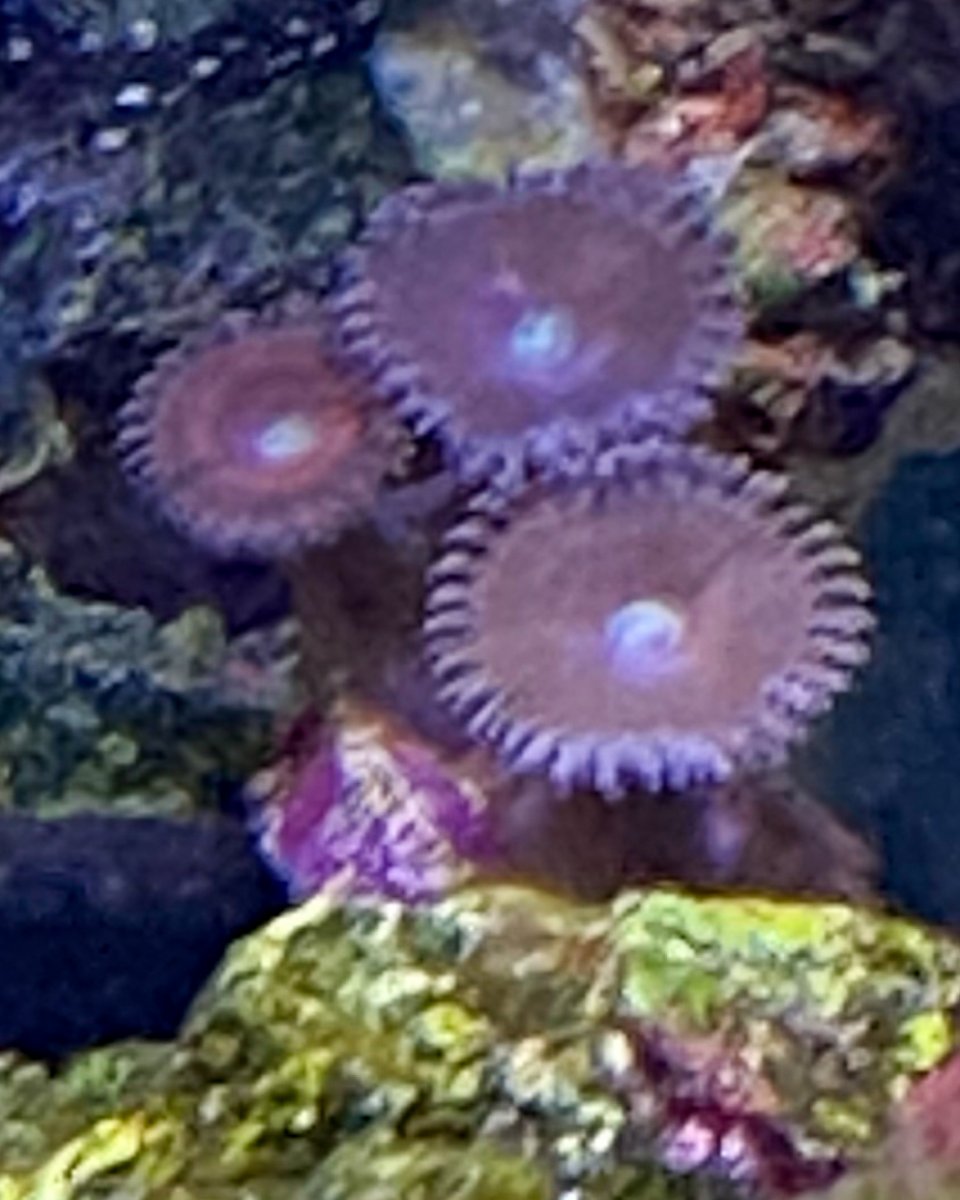 Biocube has been my favorite tank so far