Hello all, wanted to post some progress photos. Finally got everything so I could start building. This is my first time doing a nano and so far its alot of fun. I used Marco Rocks because I wanted to try something different and plan on making this a no hitchiker/no ich tank. Say what you will about it, but Ive had enough tanks to learn the ONLY way of defeating ich is by not bringing it into your tank in the first place.
These photos are just of the dryrock being put together and placed. I used the instant Ocean HoldFast because it's cheap, easy, and cures rock hard if you cure it dry. Key points I learned:

1. Using negative space is a great way to get the most out of your live rock. If you break apart your rock and reassemble it, you can not only achieve amazing ****** aquascapes but you can maximize the amount of surface area of your LR. Think about it, youre looking at about 16 pounds of dryrock in my tank. When I got the rock in the mail, I received 3 cantaloupe sized rocks that were not at all exciting to look at. I used a regular hacksaw to cut one of the rocks in order to make two bases that were flat on the bottom. Way cheaper and better looking than their precut base slices. You can get really creative when breaking and reassembling your rock. Way better than looking at 3 cantaloupe sized rocks stacked in your tank, right?
2. When using rock epoxy, use a toothpick or kabob skewer and poke divets into any of the putty that shows on joints. Many complain about the unnatural smooth finish of epoxy on rock, I think poking it a bit makes it look like part of the rock or a sponge growing on it. It will be covered up by coraline algae anyways but I still it makes it way more cosmetically pleasing for the 12 weeks its gonna take for coraline to show.
3. Plan your aquascape and substrate for the fish and coral you want to keep.

Other than that, I used plain Carib Sea Araganite sand from Petsmart I got for $5. Caribsea has one labeled "special grade" in a 40lb bag. I was able to grab a handful of both and compare...its the same exact thing. Im using Dr. Tims one and only to cycle it faster and picked up a bottle of ammonia from Ace hardware. Word of caution here, finding pure ammonia might be difficult. Its not the clear household ammonia you see at Kroger or Target. In fact, I looked up the SDS on this one and its a 10% solution of ammonium hydroxide in distilled water. No added ingredients and will work just fine. I also added Microbacter clean. This product claims to keep your dryrock "clean" from algae during the "ugly phase" of cycling as well as adding more beneficial bacteria. Im interested to see this in action. I'll keep dosing with the ammonia periodically and testing water until its cycled and then add my dream fish, a baby hippo tang!!!!!! J/king. 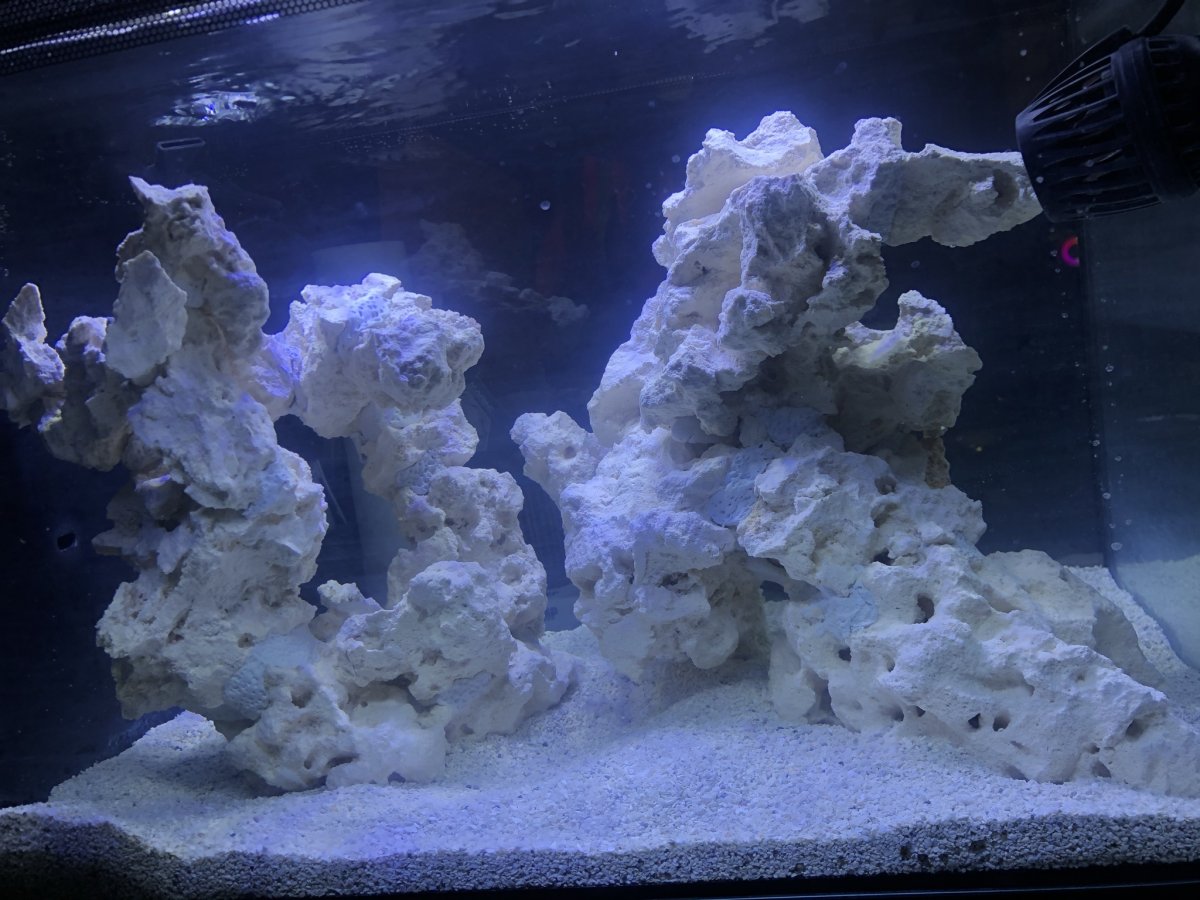 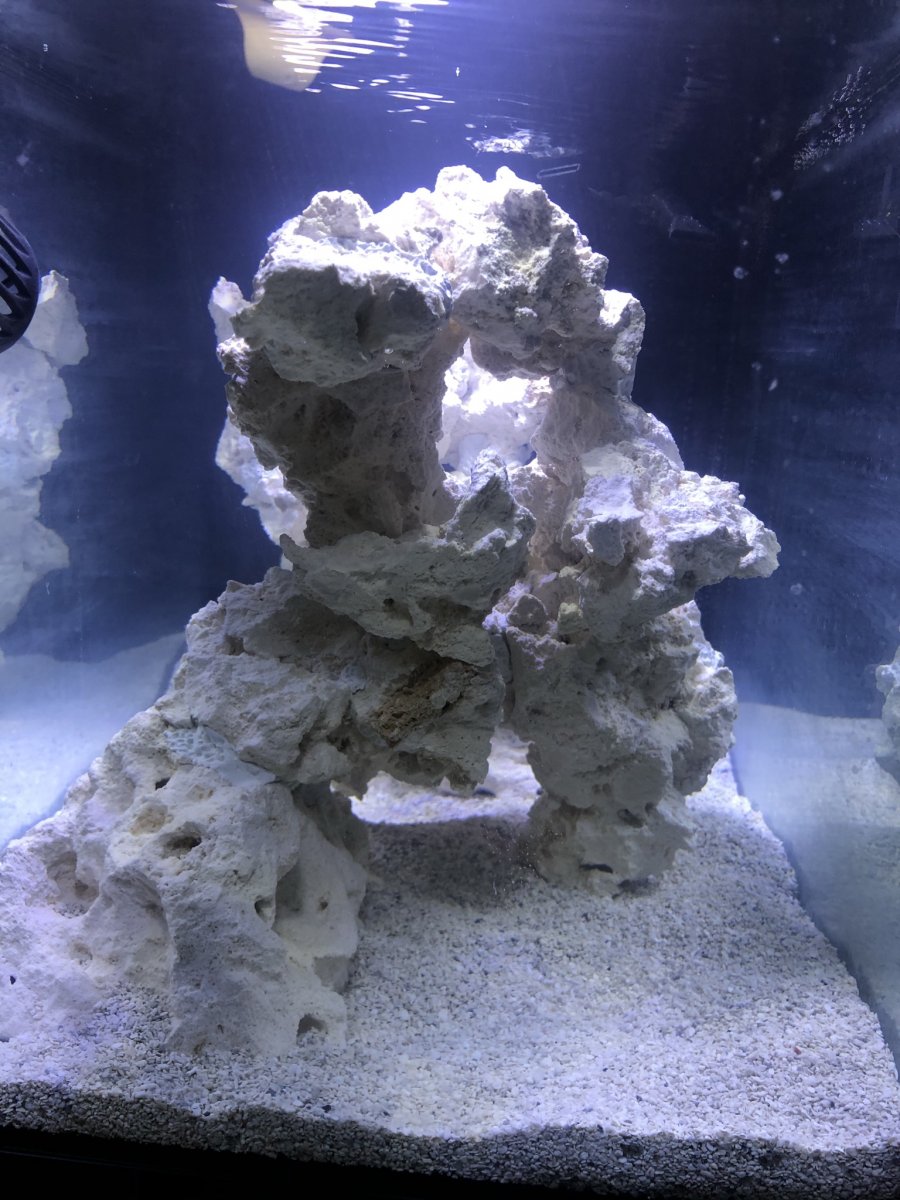 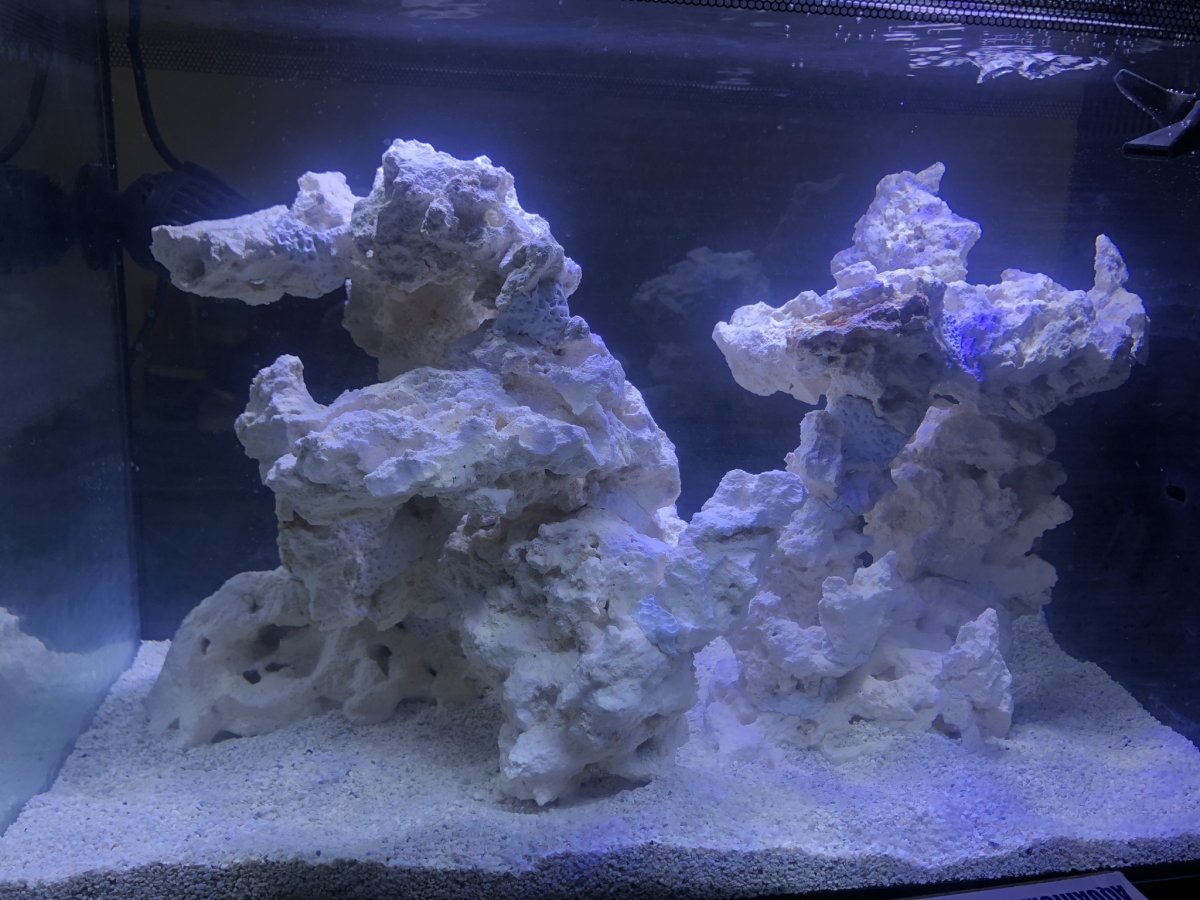 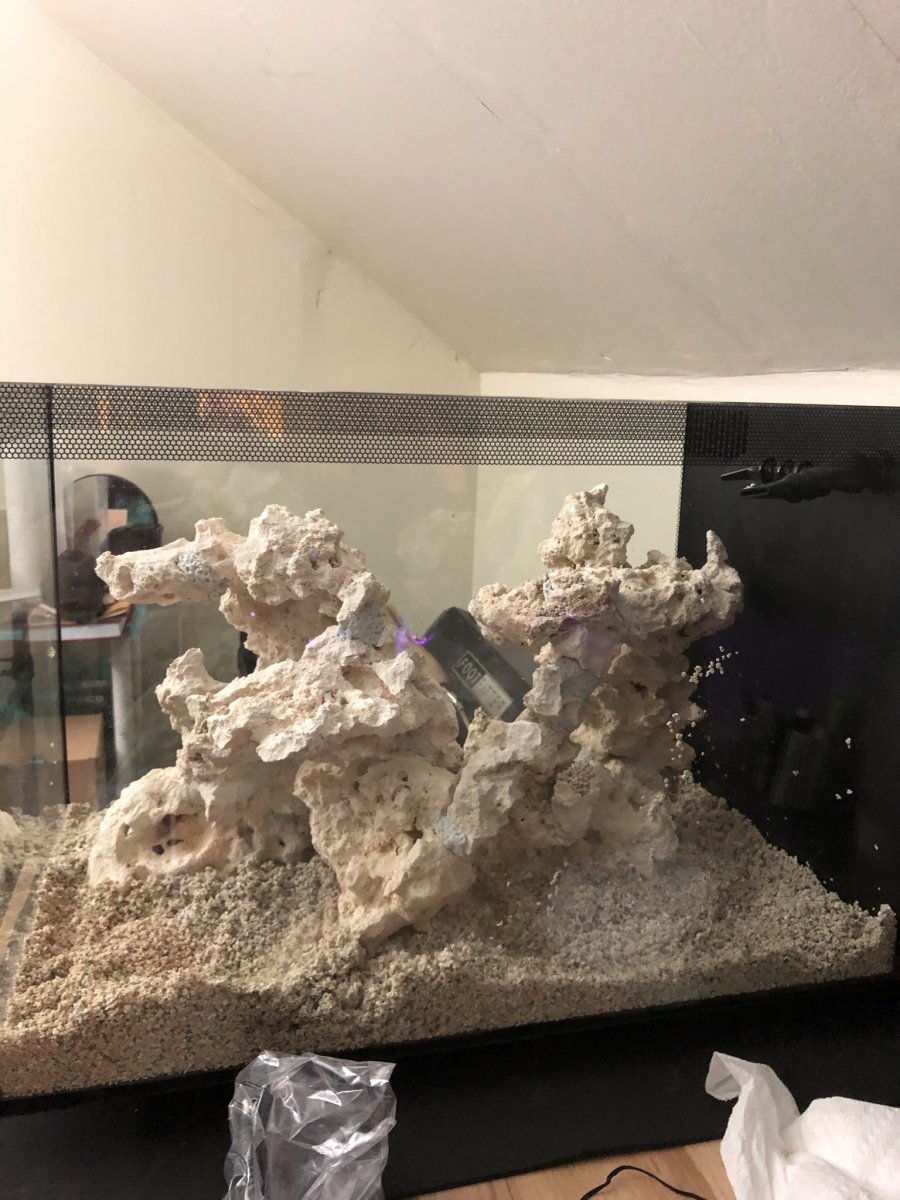 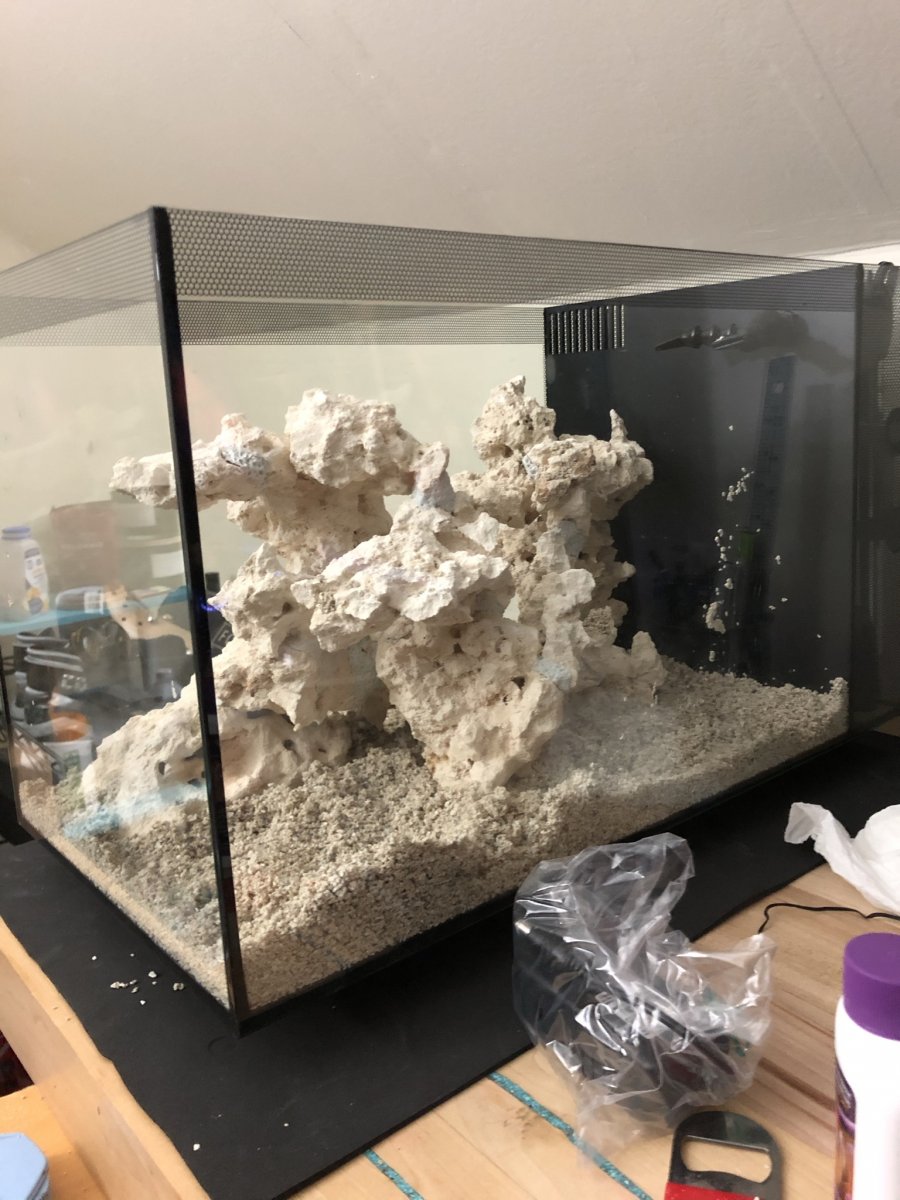 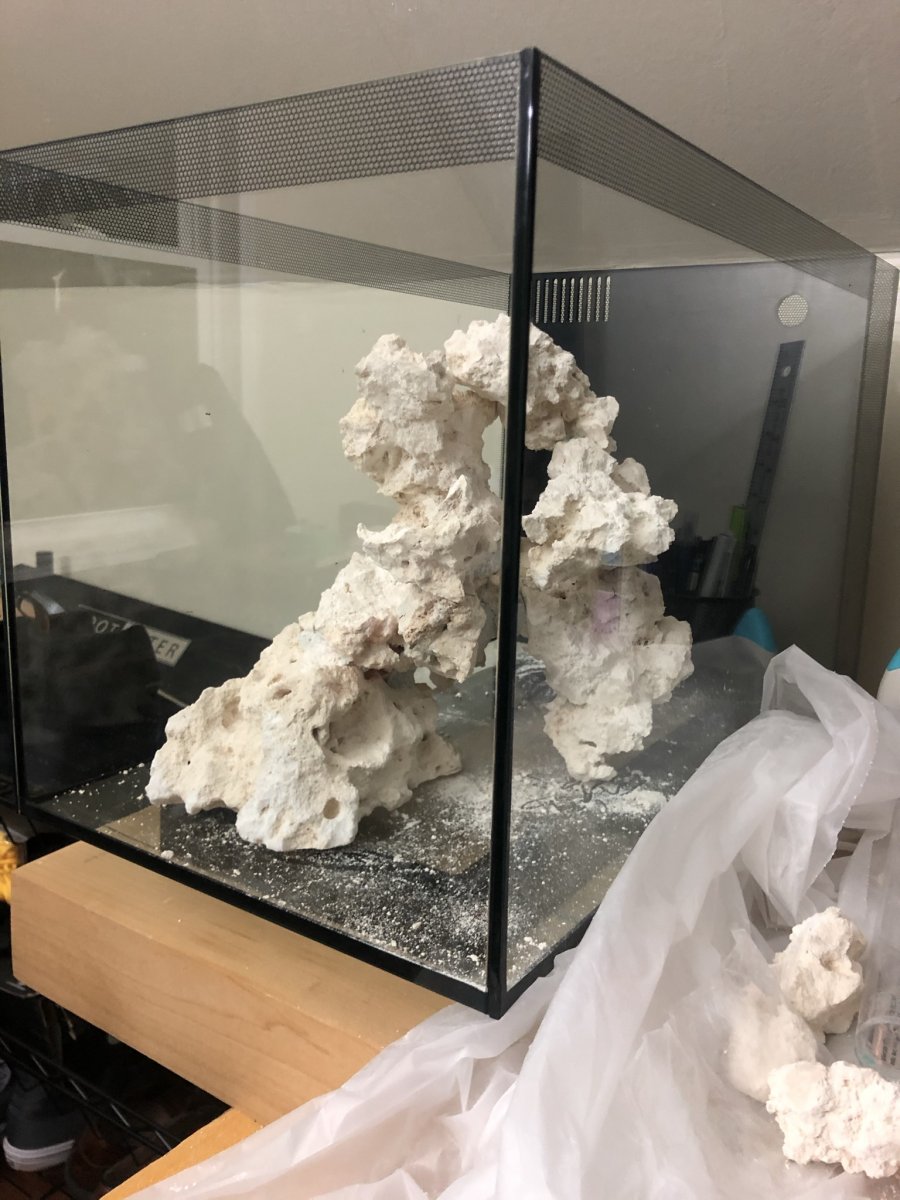 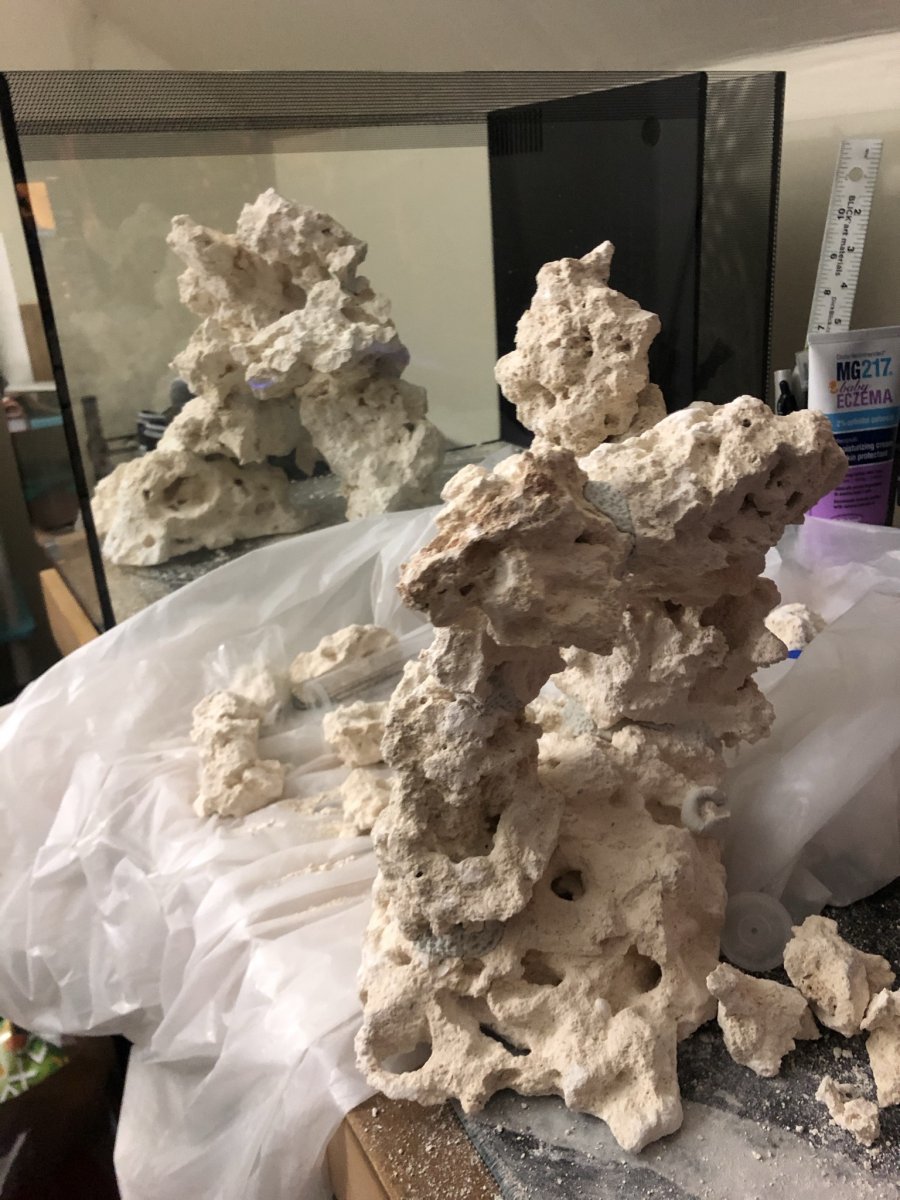 Thinking about adding a court jester goby.
Click to expand...

nice, Im trying to figure out what fish to add, def want a dartfish and a goby/shrimp pair. Wondering if I could get away with adding a small sand sifting goby and target fed. Ive heard ppl have decent luck feeding them pellets buried in sand by their burrow.