As I mentioned in another project thread, the 170 I purchased in December is coming down in favor of going bigger. It was short lived but the 170 got me back in the hobby and before I get any further into stocking it I've decided to just go with a larger reef tank something that will satisfy my plans long term for an aquarium and I am pulling the plug on the reefer.

First piece of the new build arrived today. 36" Bashsea smart sump. Tank gets here next week and then I can start to design the stand. Thinking a 48x20x32 using 2x2 1/8" tube steel faced in 3/4 pine. Next step will be to draw it up and have the fabricator put it together for me.

Plumbing and aquascape material comes next week also so I'll post some process pictures as everything comes together. 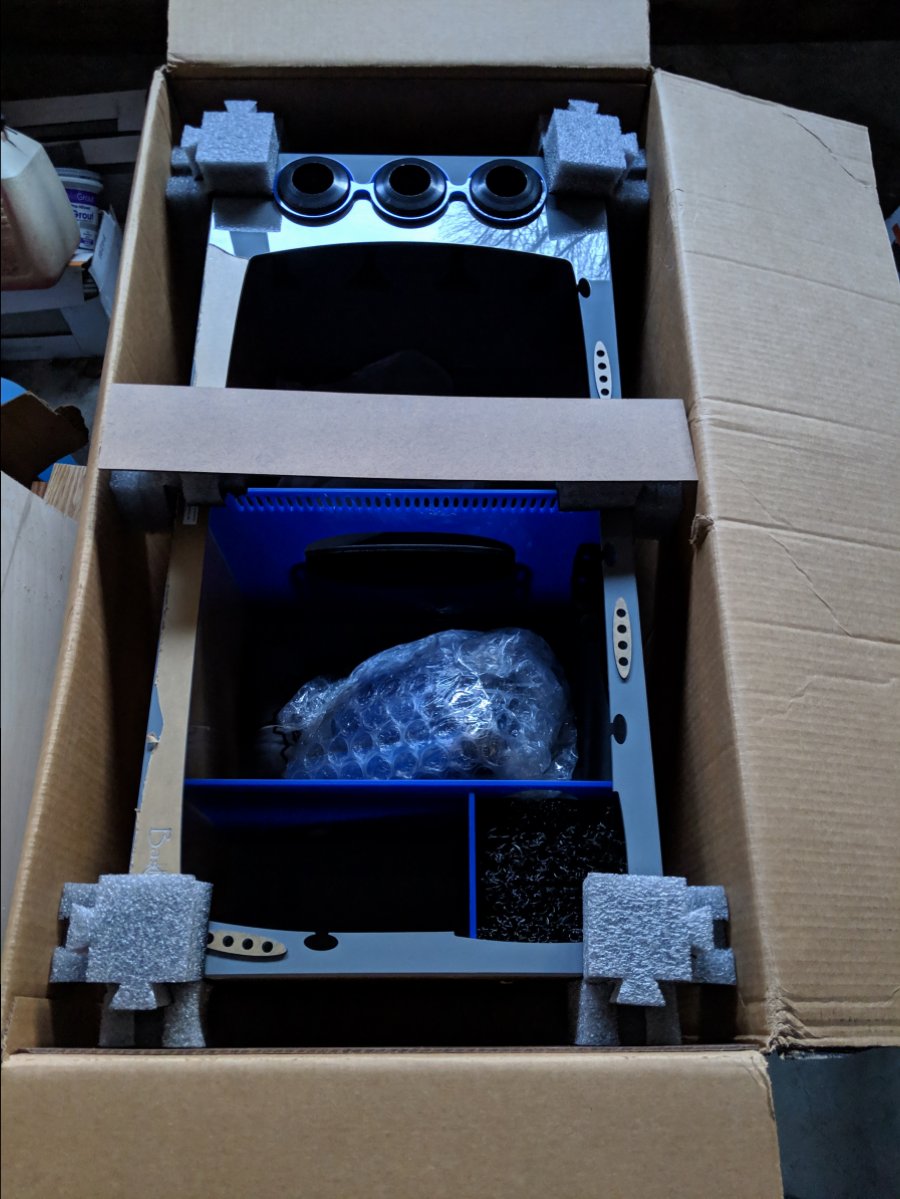 The tank arrived today and in one piece. Stand drawings went to the fabricator, will be a 2-3 week wait time. 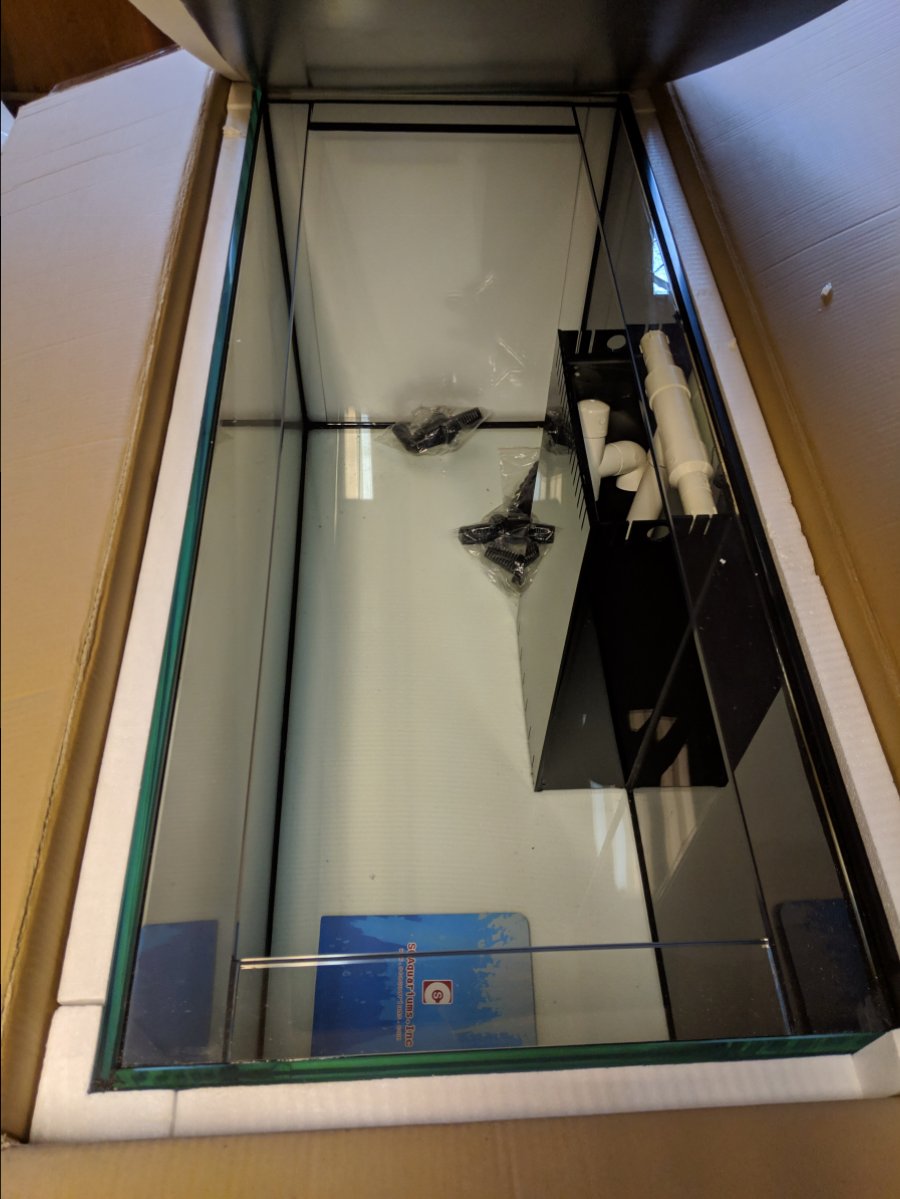 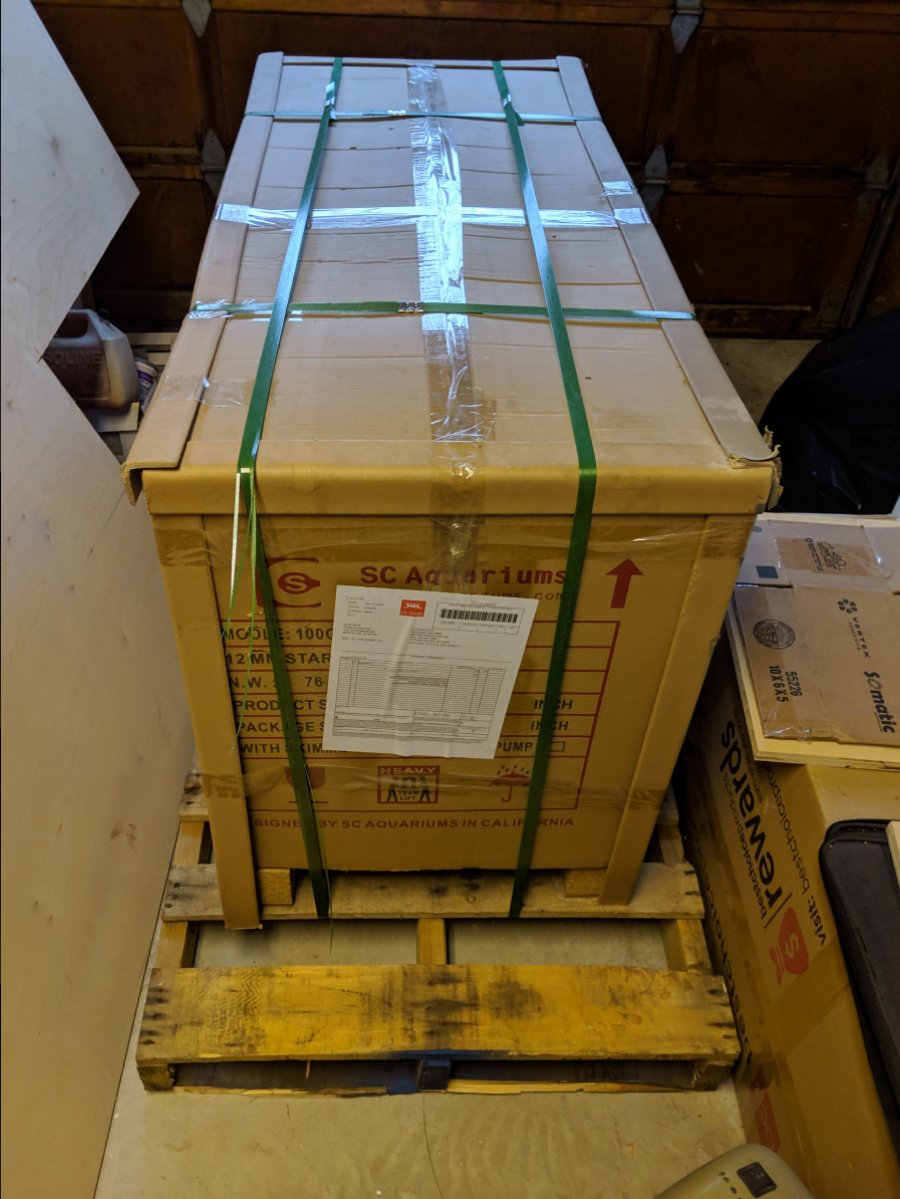 Looking like it's going to be a beauty! Can't wait to see the sump unboxed!

Been busy but things are coming together. The entire setup is almost here, still haven't decided on which return pump I'm going with for the new build yet. Other than that though, the stand build is underway and the rest of the equipment is ready to go up. Got a second kessil 360x to use along side the one that is coming off of the 170. Going to run them in an aquatic life 36" t5 hybrid fixture mounted on two kessil arms with extensions from the back of the cabinet.

The metal fabricator we use at work gave me a three week lead time on starting the stand so I bit the bullet, bought the lumber and decided to build it myself. I do have a full woodworking shop in the garage, might as well find time to use all the other toys that ate up the other half of my bank account. Never get to spend much time in the garage anymore lately. Here is the new design, going to get the stand built, enamel the entire thing, epoxy over that and face it later after the tank is up and running so I can take my time with it. Have had some nice walnut boards sitting around acclimating for a year now and this seems like a good opportunity to do something cool with them.

Plumbing and rocks got here last week, messed around with some possible rock scapes, in the process of building an arch out of some of the shelf rock. Thinking of a smaller formation on one side of the tank like the stack in the pictures and a taller arch on the opposite side with some open space in the middle of the tank. Minimalist with some depth and height changes is what I am aiming for. 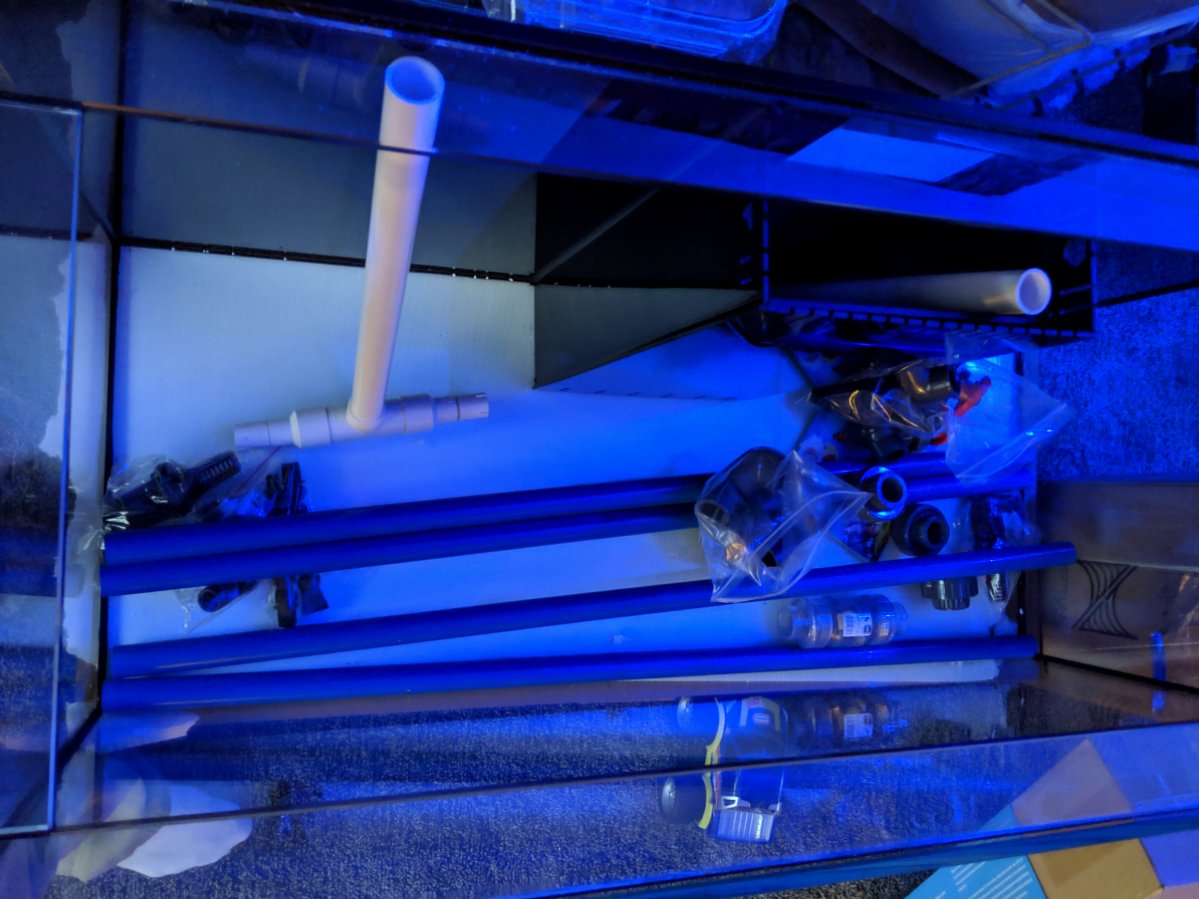 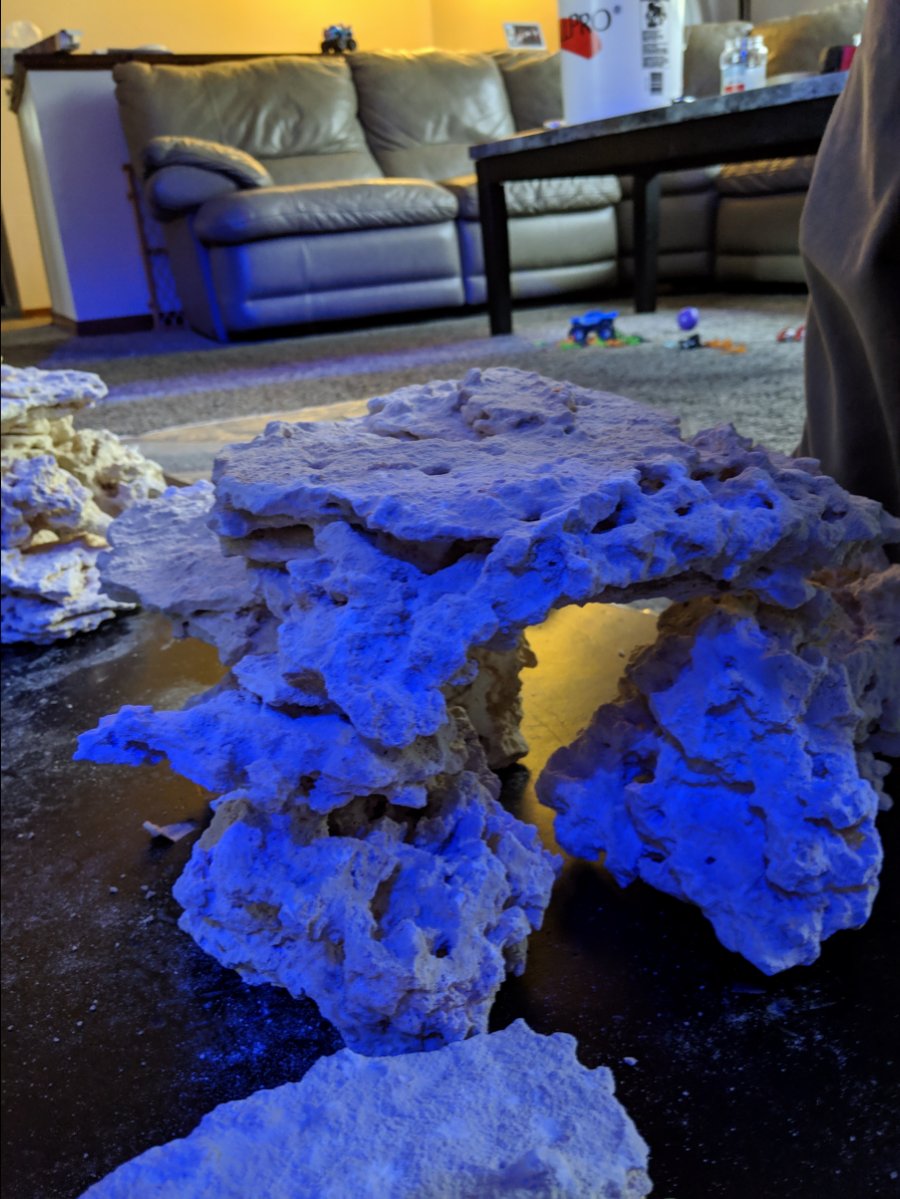 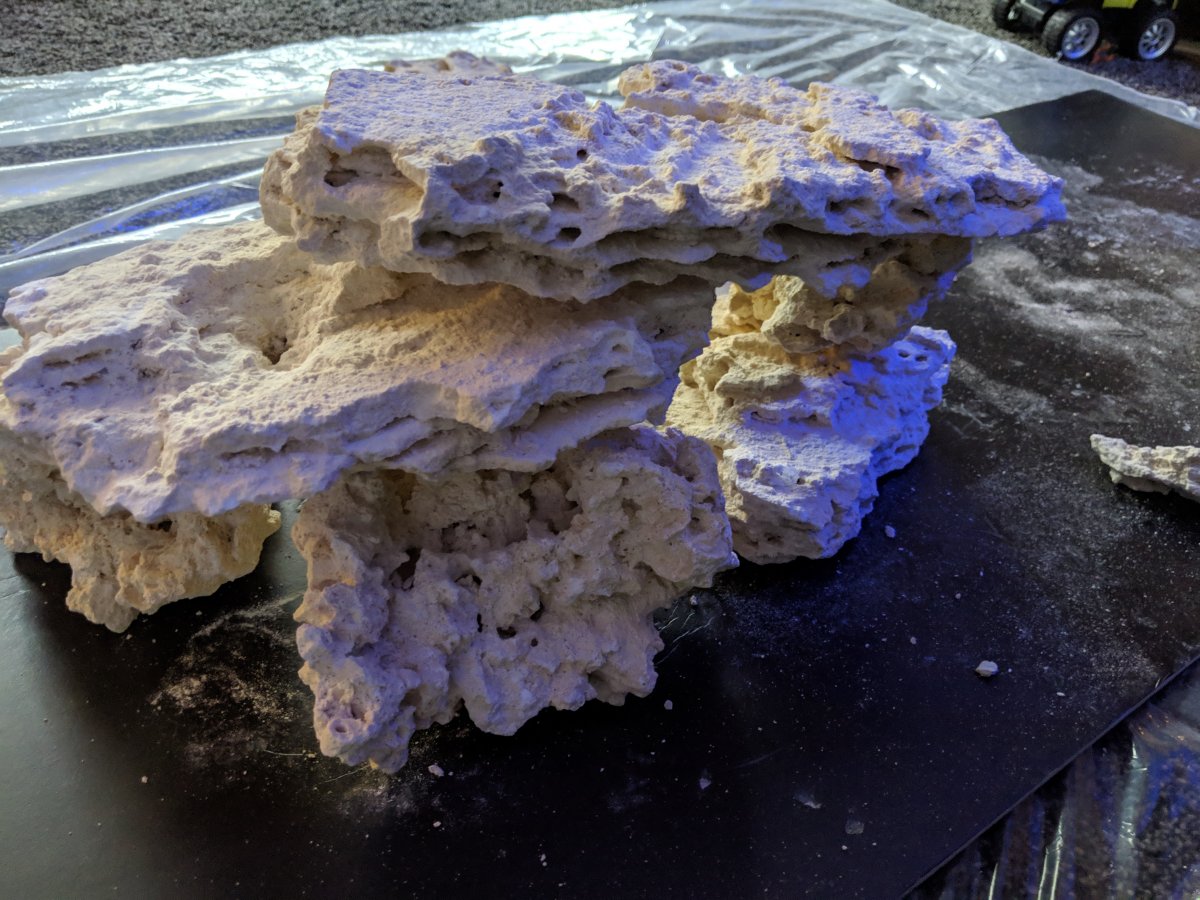 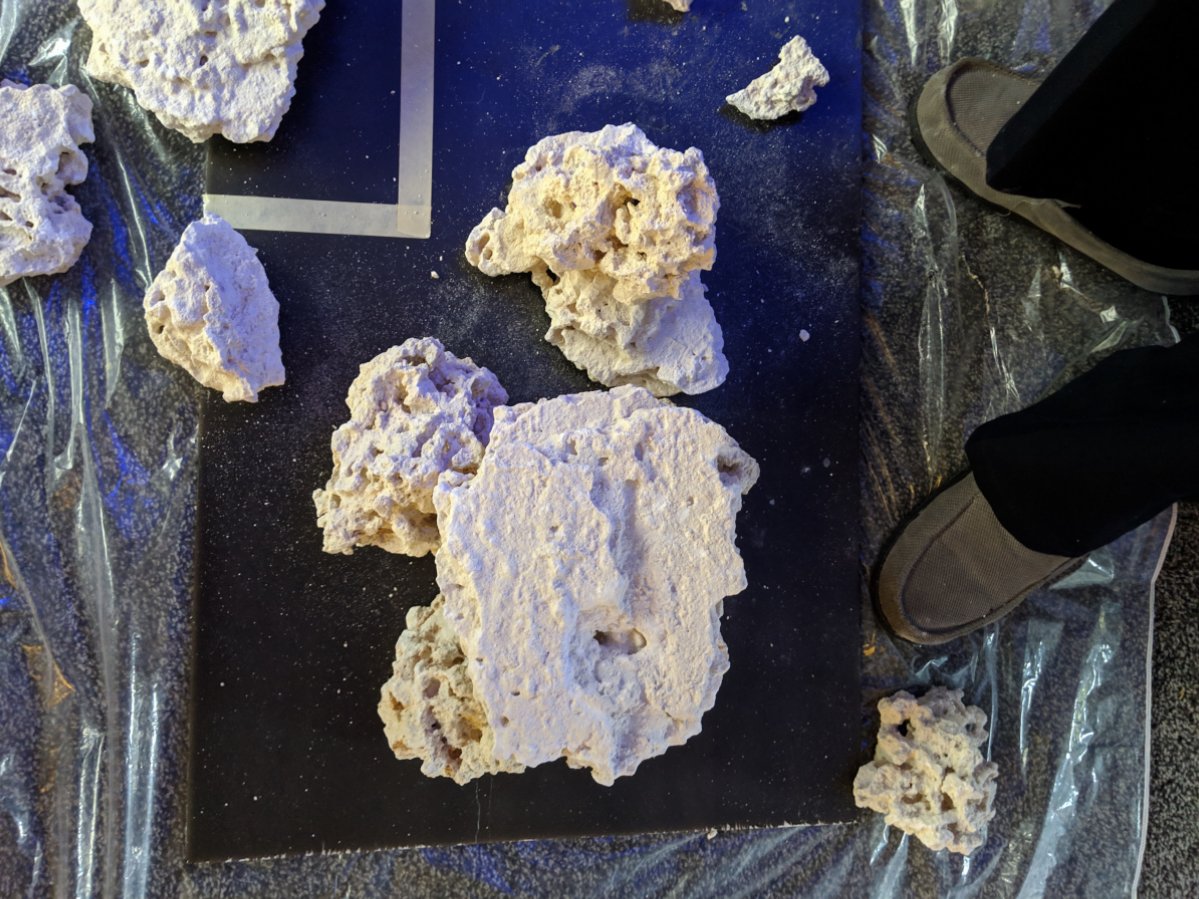 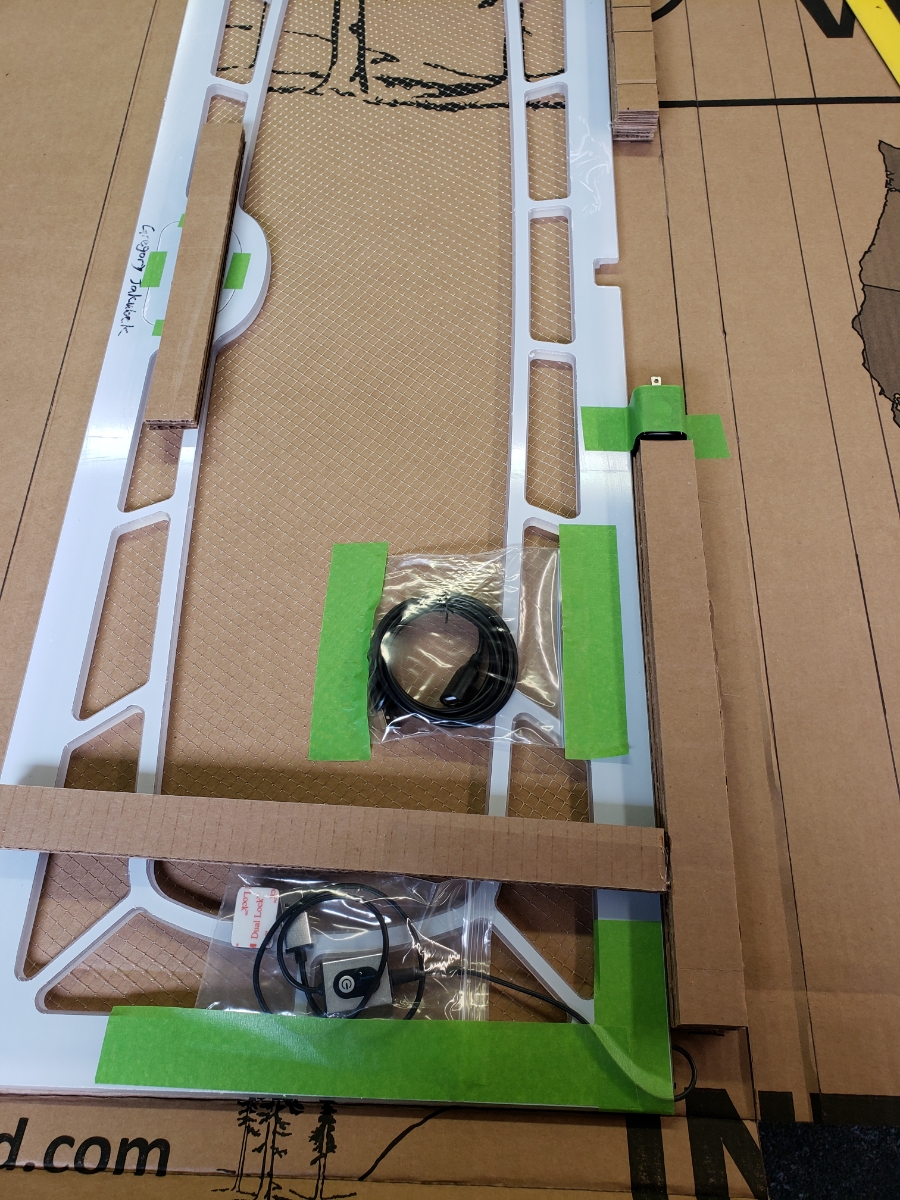 And the guys at Safetop shipped out the new lid this week, super excited. Going to be Christmas in May. Can't wait until it gets here!!!
OP
G

Found some time to get the stand put together, going to need to face it when it is in place.

Sprayed it with a coat of acrylic and epoxied over that, should be completely water proof now. Used two coats of epoxy on the top to self level any screw holes or imperfections. When everything dries I'll get the tank dry fit and cut out the holes for the plumbing. 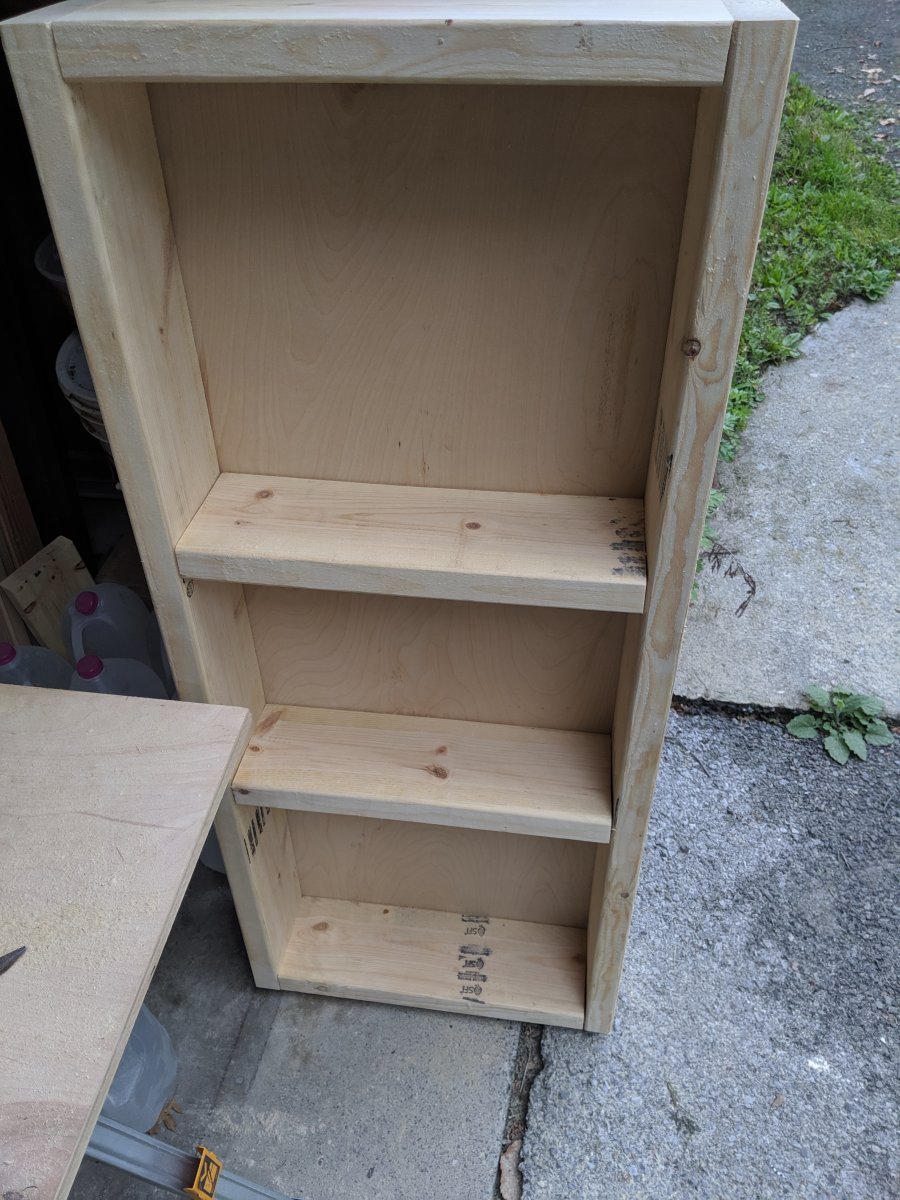 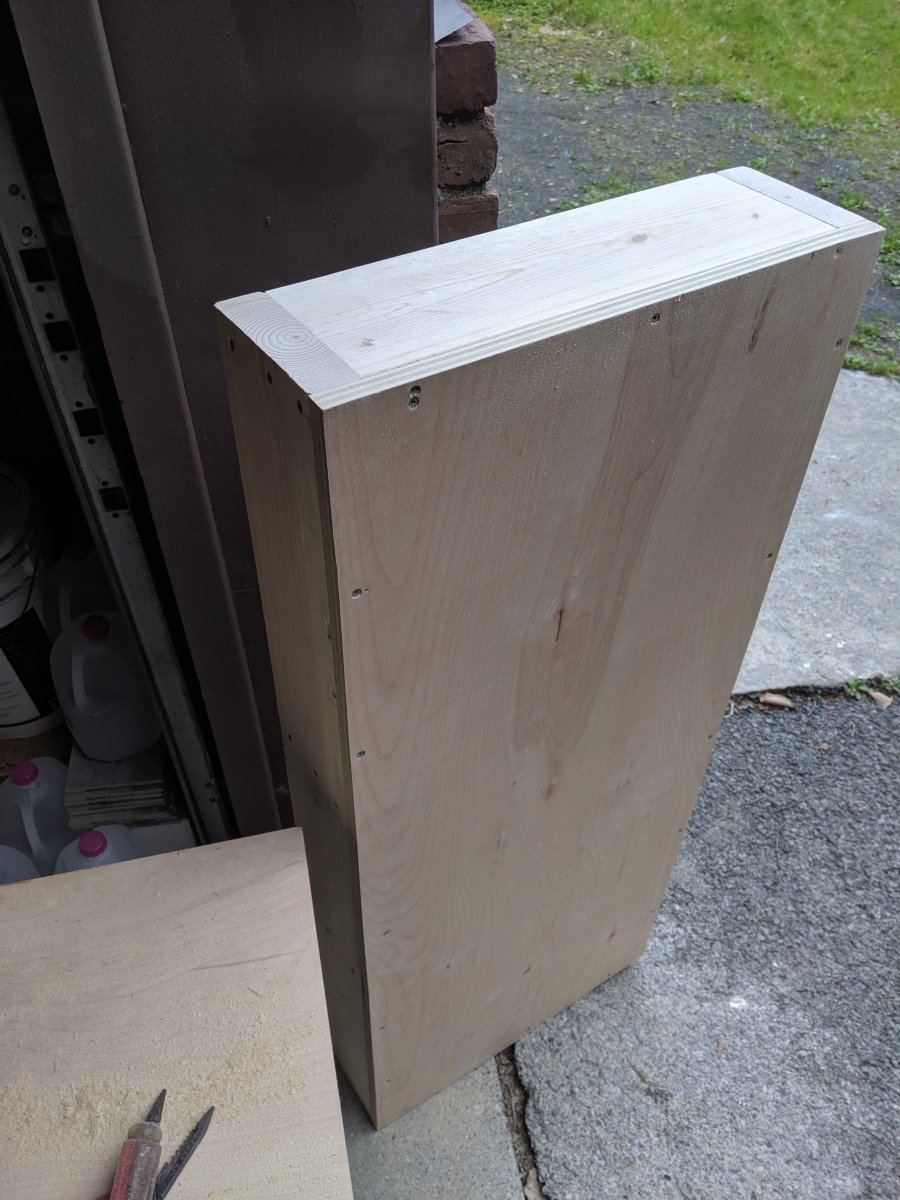 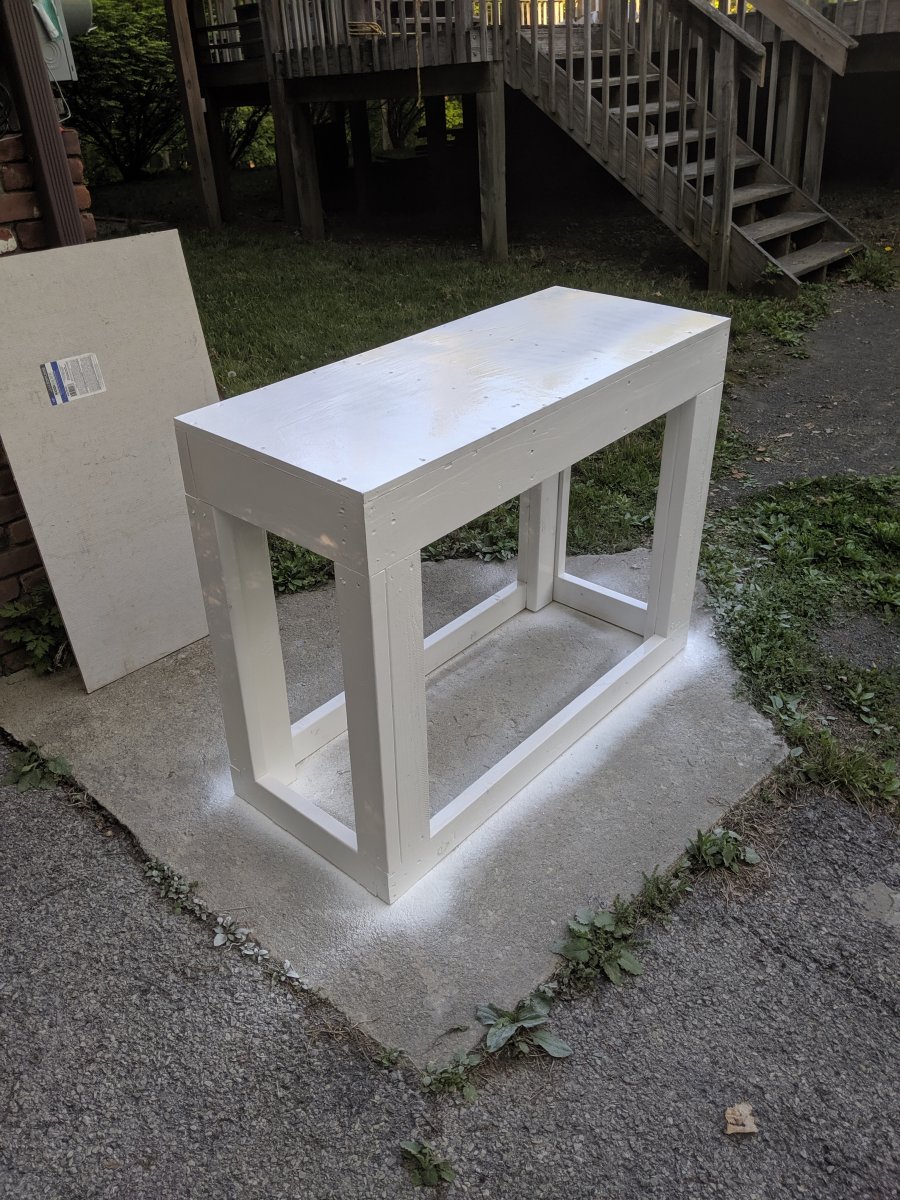 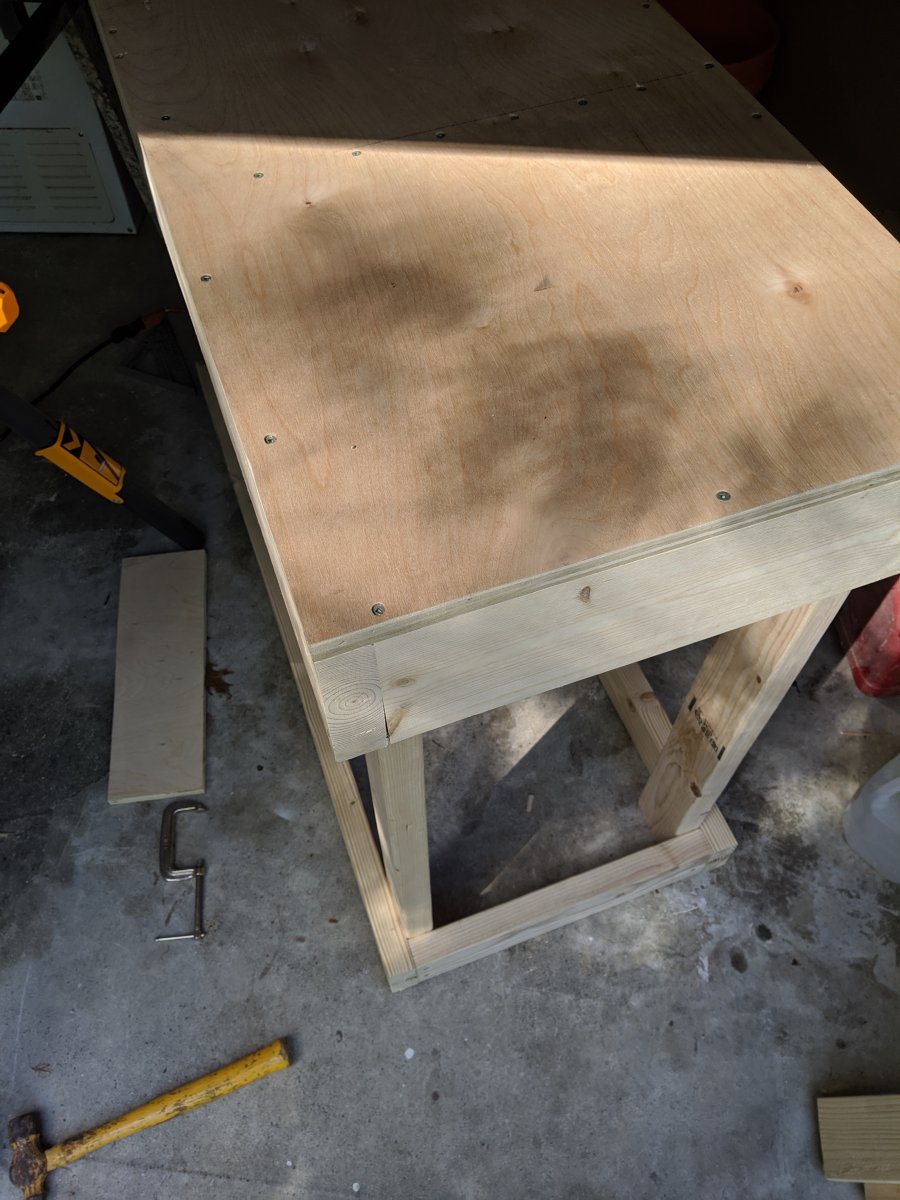 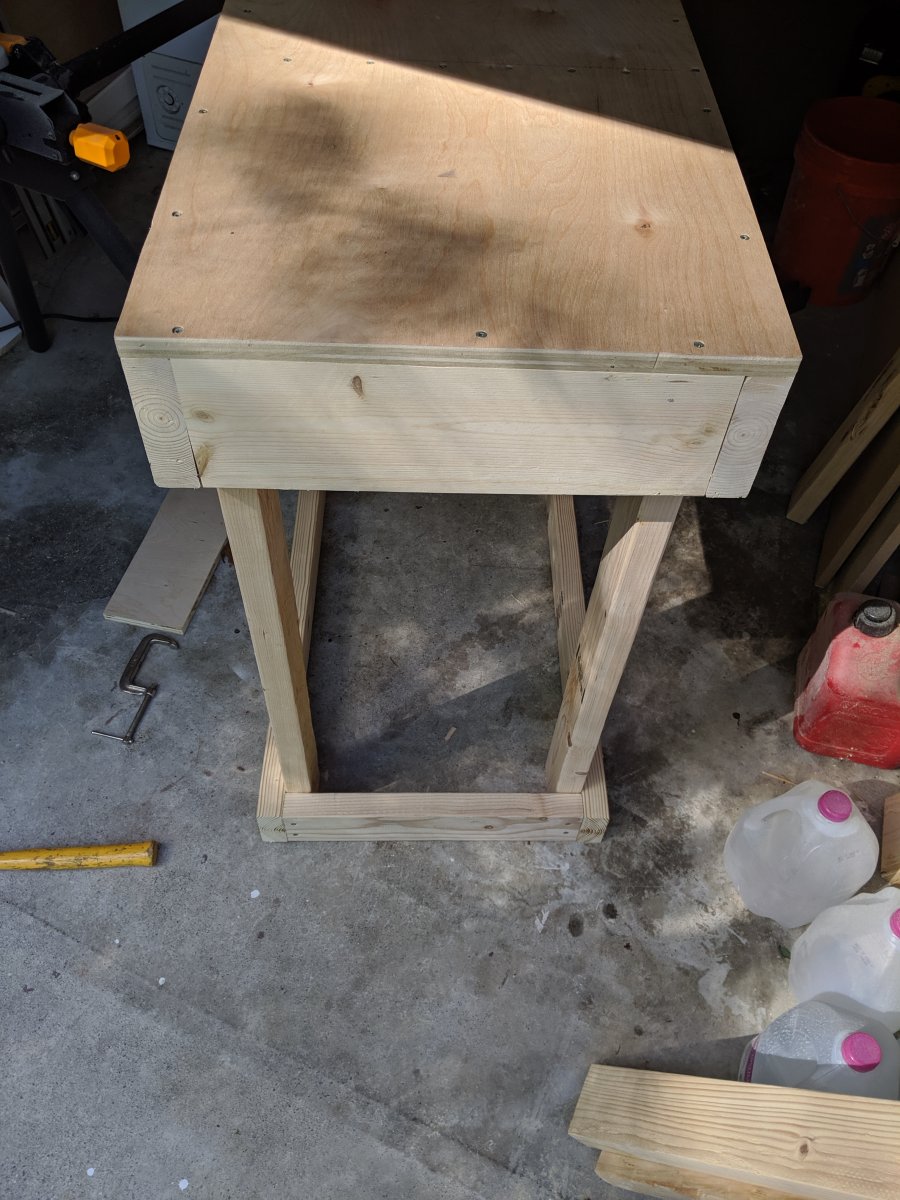 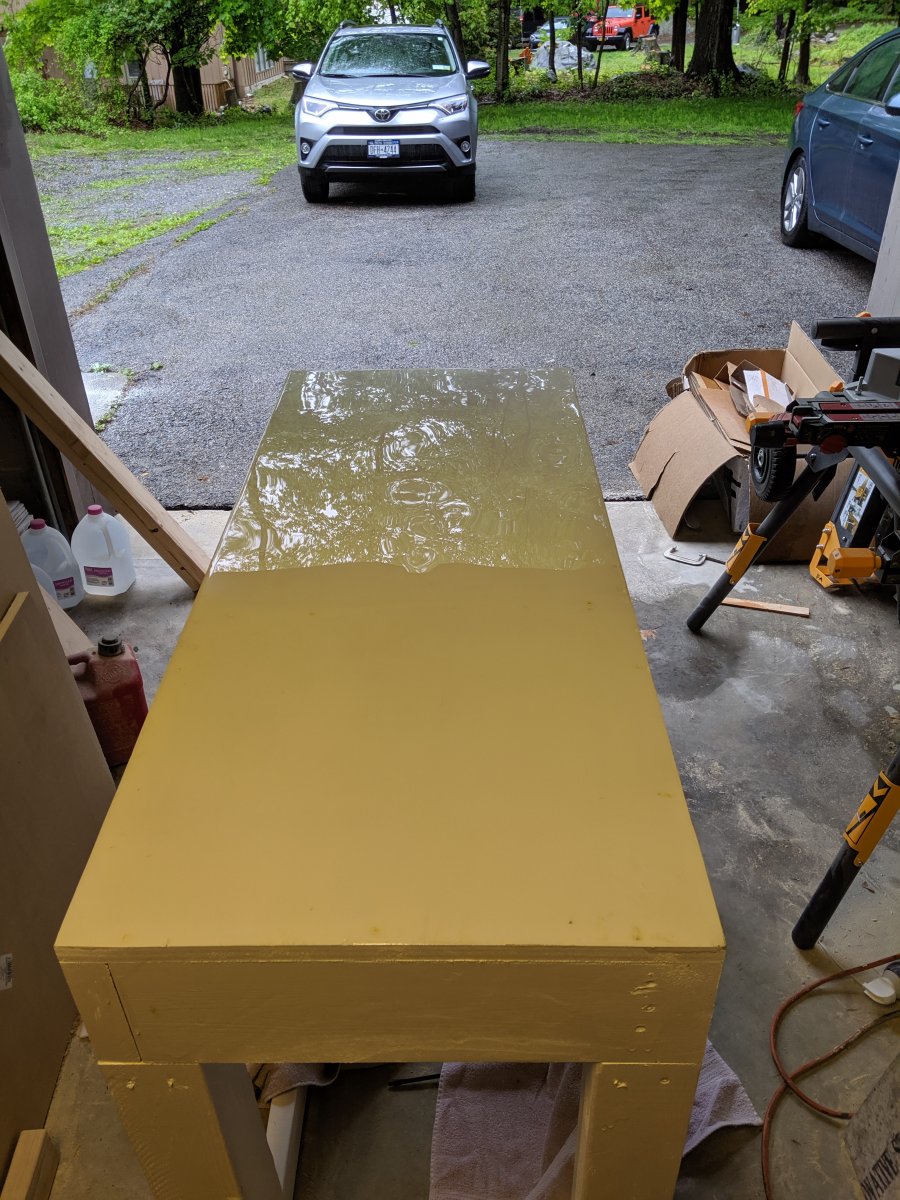 What is the pricing on those safe top lids? Build looks sweet but Need more updates!!!!! Thank you!
OP
G

Have my son half the week and I can only work on getting the new tank up when he's not with me. Goal for this weekend is getting the 170 tore down, moved downstairs into the workshop with all of it's inhabitants, getting the new stand in place and starting in on the plumbing.

I am imaging mixing it up, much like for fiberglass, then pouring that onto the wood.

What are the dimensions of your tank?

count krunk said:
What was your epoxy process like?

I am imaging mixing it up, much like for fiberglass, then pouring that onto the wood.

What are the dimensions of your tank?
Click to expand...

Mix the two parts, stir for 10 minutes, pour it on, spread it out, hit it with a blow torch to remove the bubbles and let it cure. Took about 20 minutes to apply. The goal is a completely waterproof inner stand that is easy to wipe down and keep neat. The added bonus is that it completely levels the top of the stand and fills in any screw holes or imperfections. No brainer for 20 minutes of work. As for the coat of epoxy on the inside and legs, same process but I heated it up to thin it out enough to airbrush it on after the acrylic dried.

a4edwin said:
What is the pricing on those safe top lids? Build looks sweet but Need more updates!!!!! Thank you!
Click to expand...

The lid was around 400 with the EV light installed around the rim. Kinda pricey but can't beat the look of the finished lid on the tank. Cuts down on evaporation and noise from the top of the overflow also and I don't have to remove the whole thing during feeding anymore.
OP
G 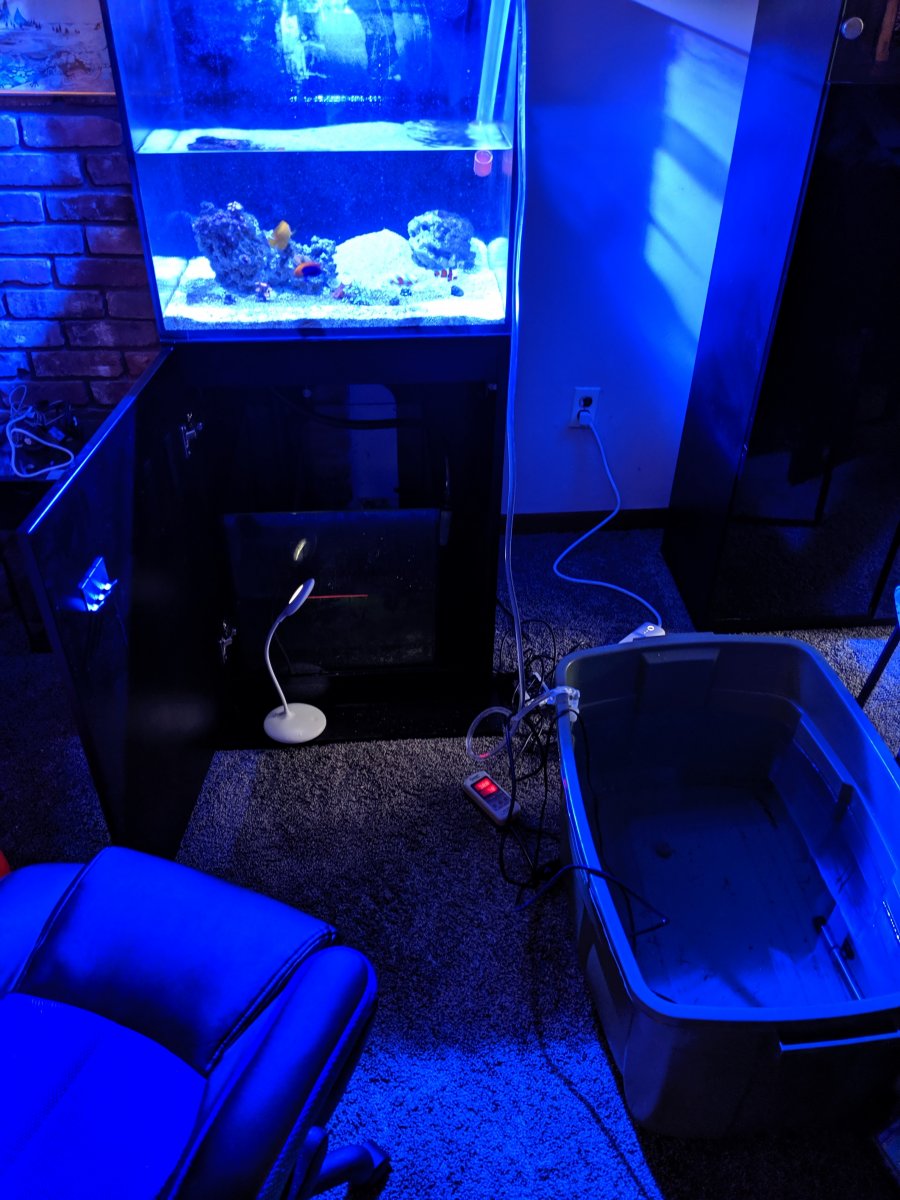 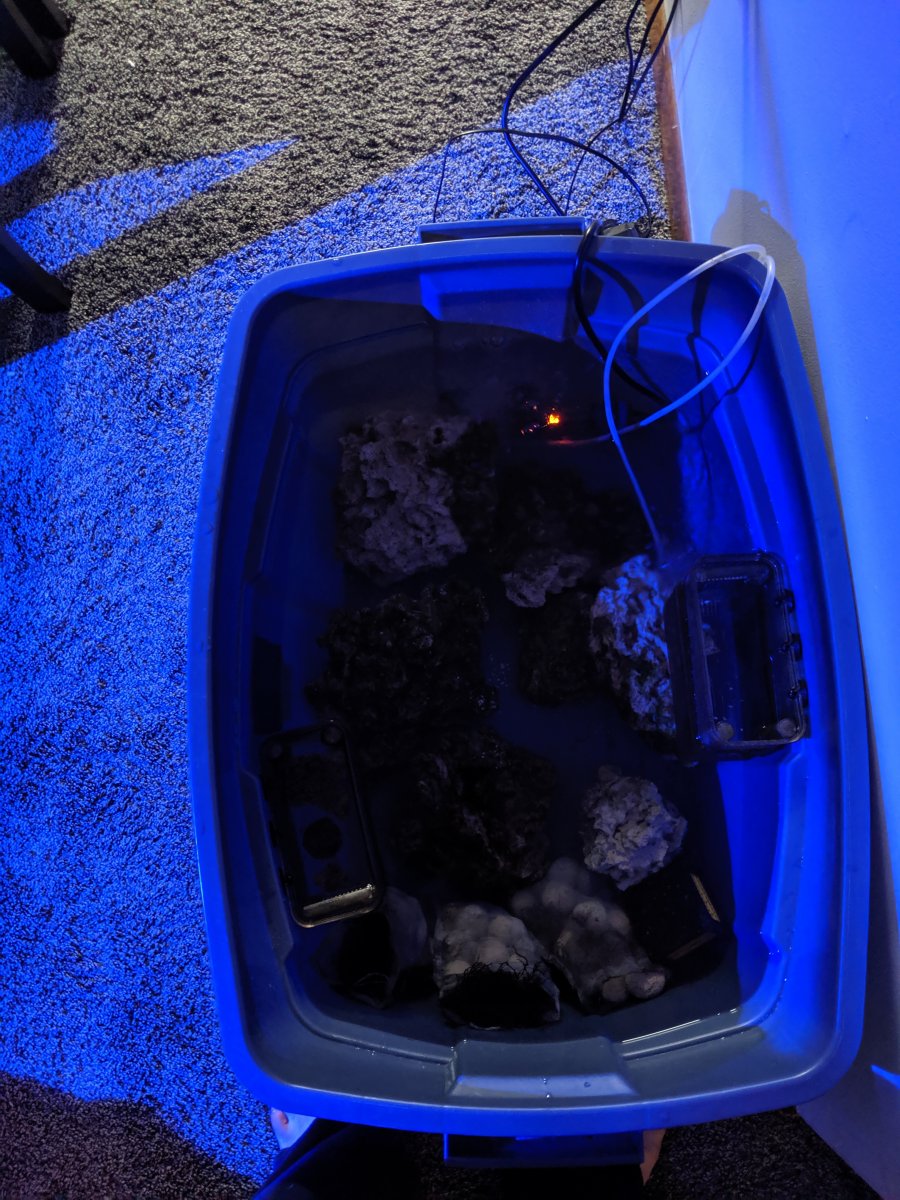 Broke down the 170 and moved it downstairs temporarily. Need to get the stand drilled for the builkheads this week after work and ill move that upstairs and start the plumbing for the new tank.
Last edited: May 28, 2019
OP
G

All sanded, needs a paint job this weekend then I'll get it upstairs. Going to figure out what I'm doing for a front panel after the sump goes in. Work has been a *****, haven't had much free time to devote to the new tank but I should be plumbing it next week. 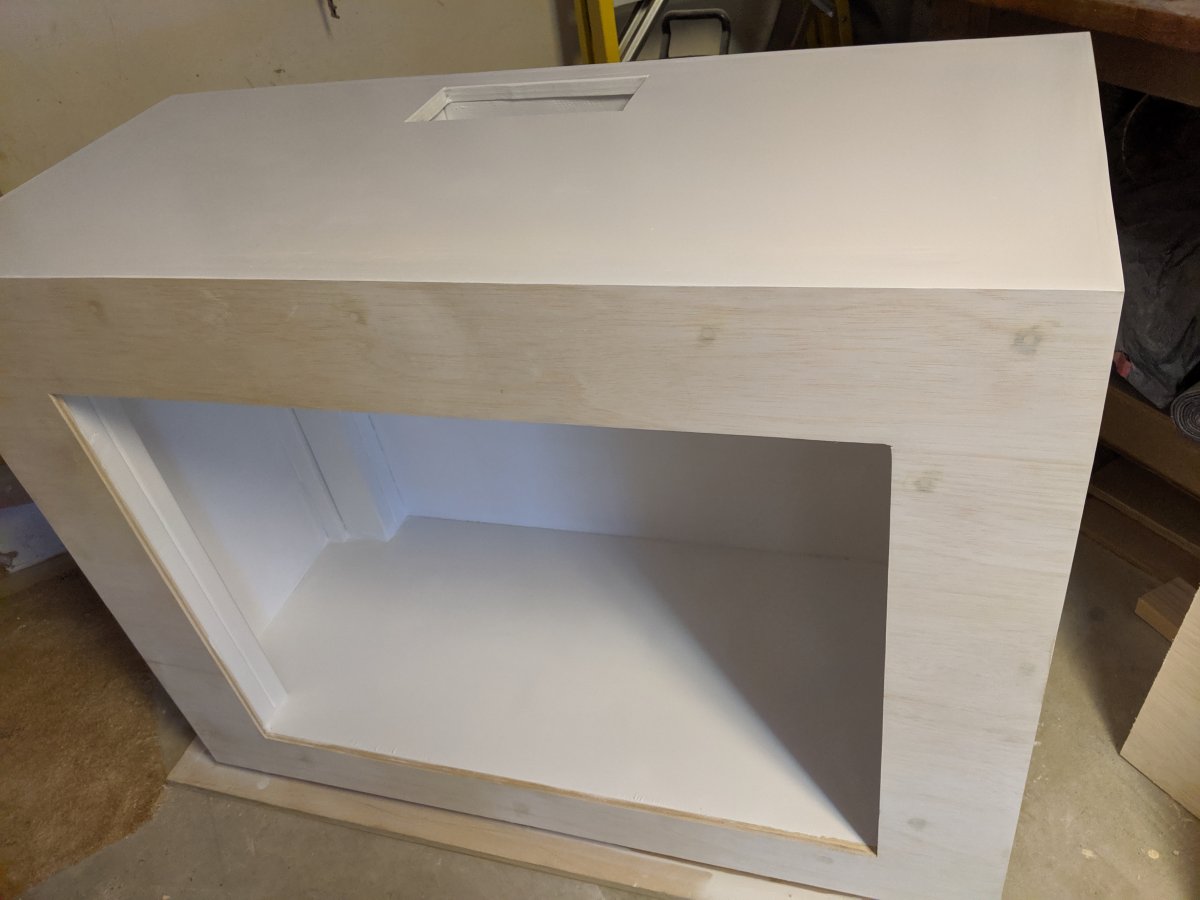 View attachment 1096946 Stand and tank are in place, plumbing to follow. 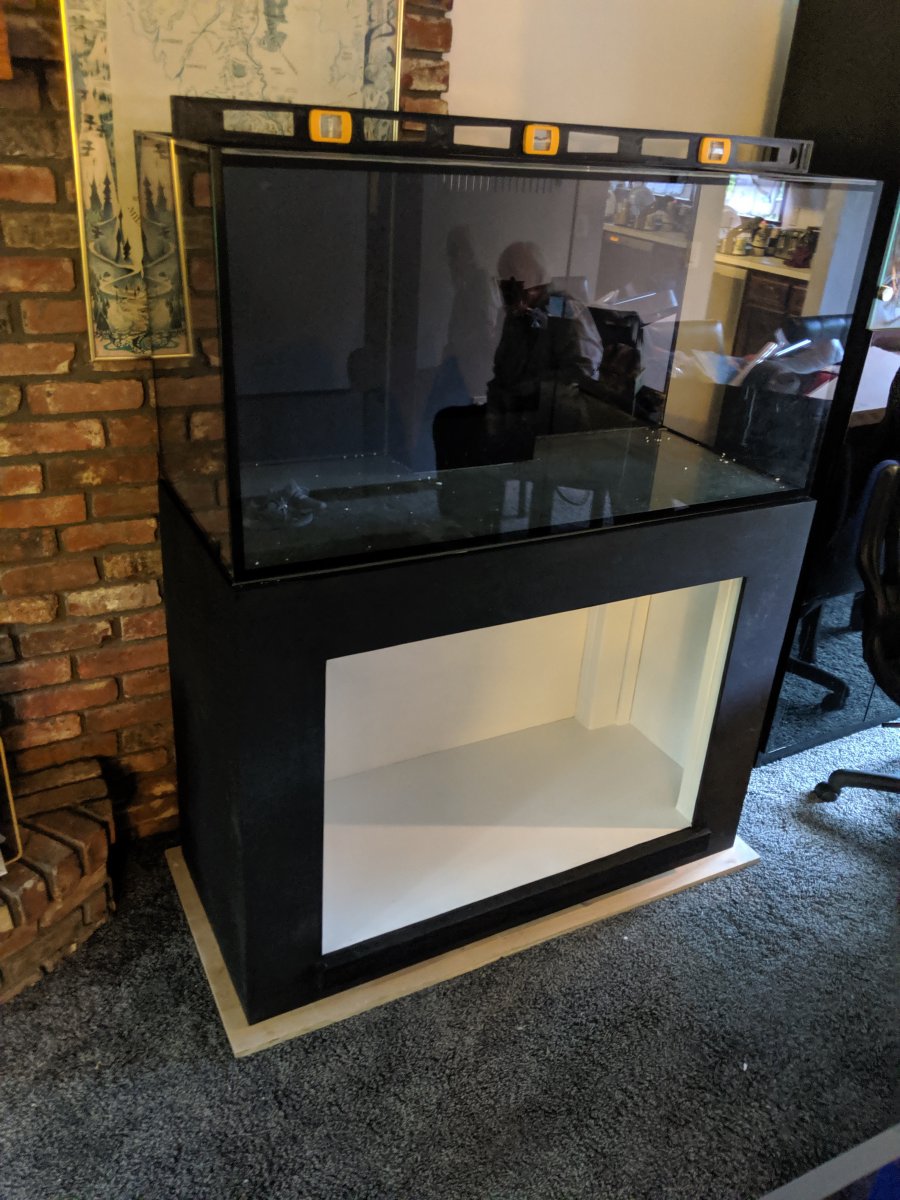 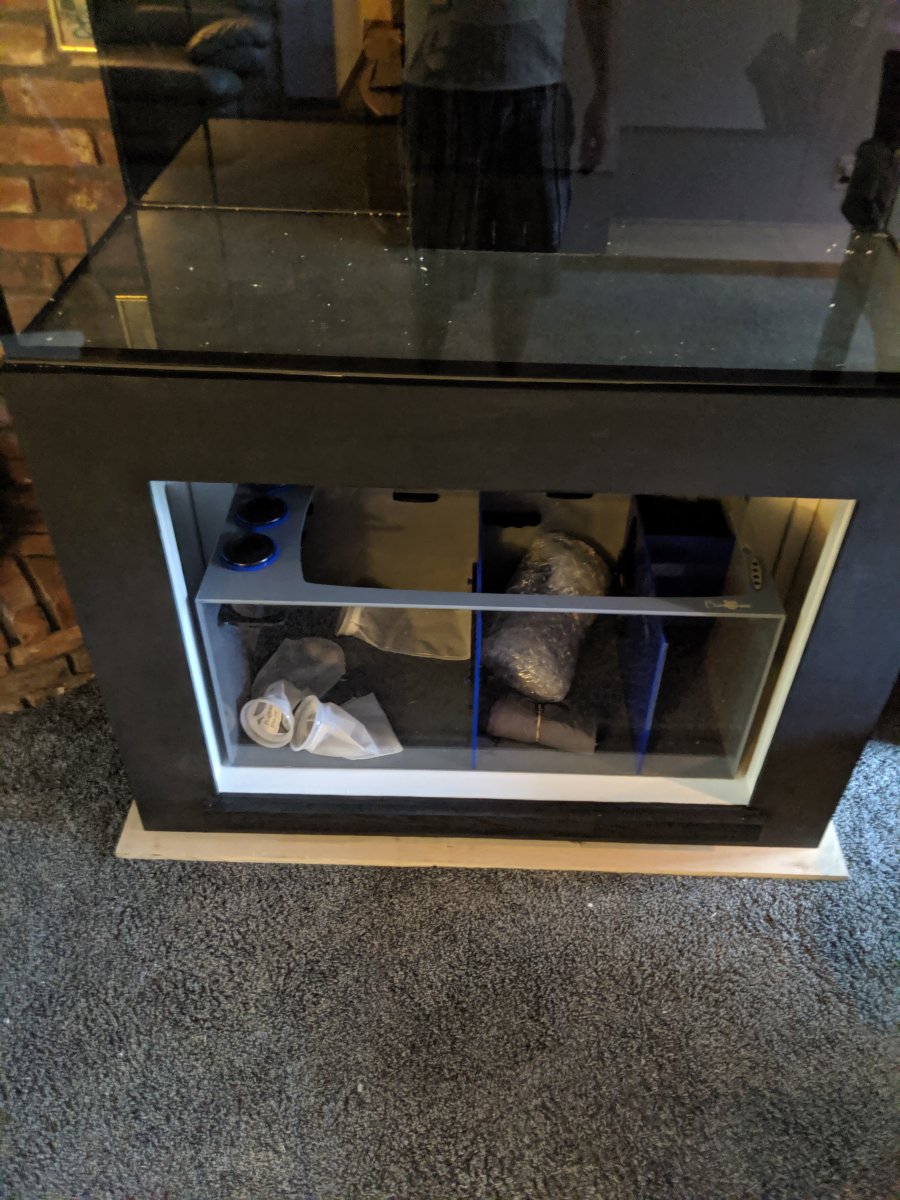 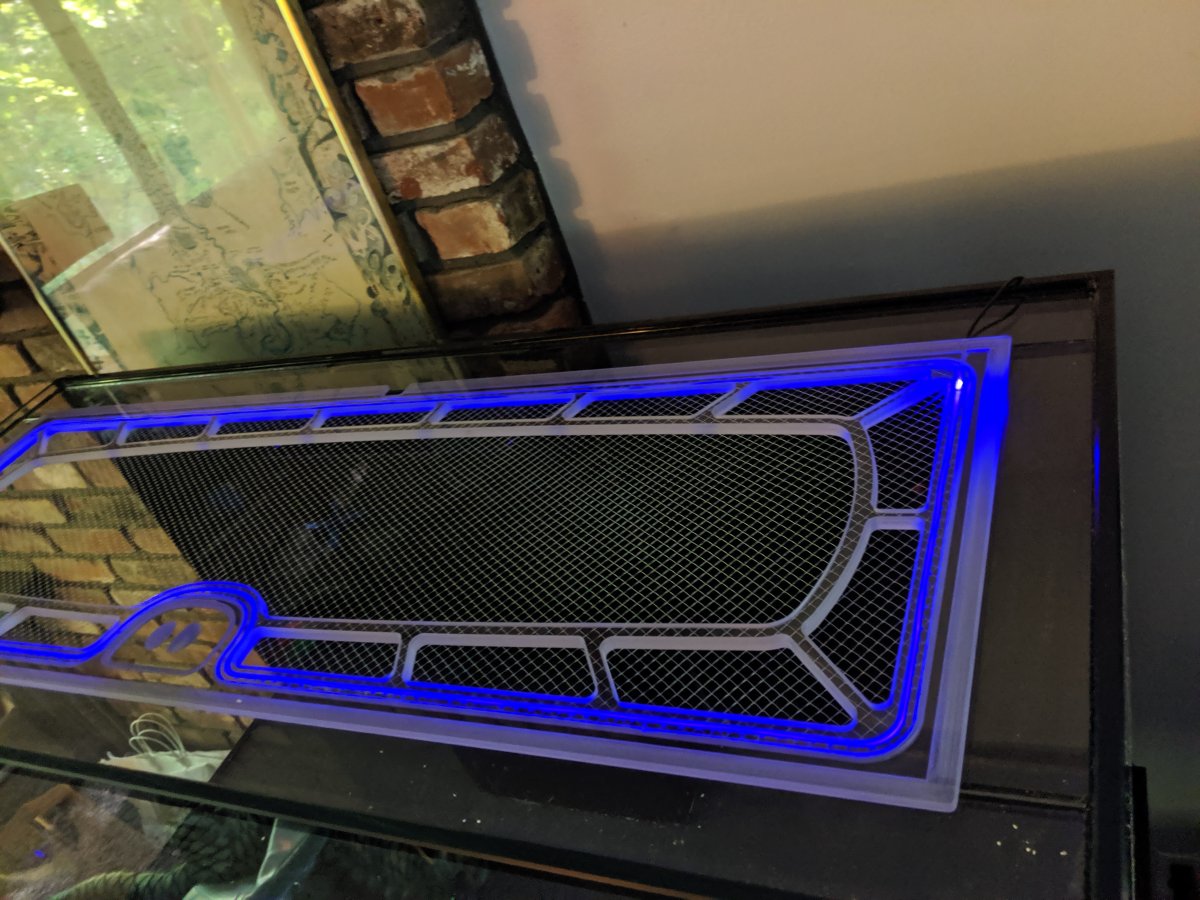 About half of the frags for the new tank. Two more orders coming this week. Should be done with the plumbing Thursday after work and then rockscaping on Saturday and hopefully filling it up on Sunday if all goes well. 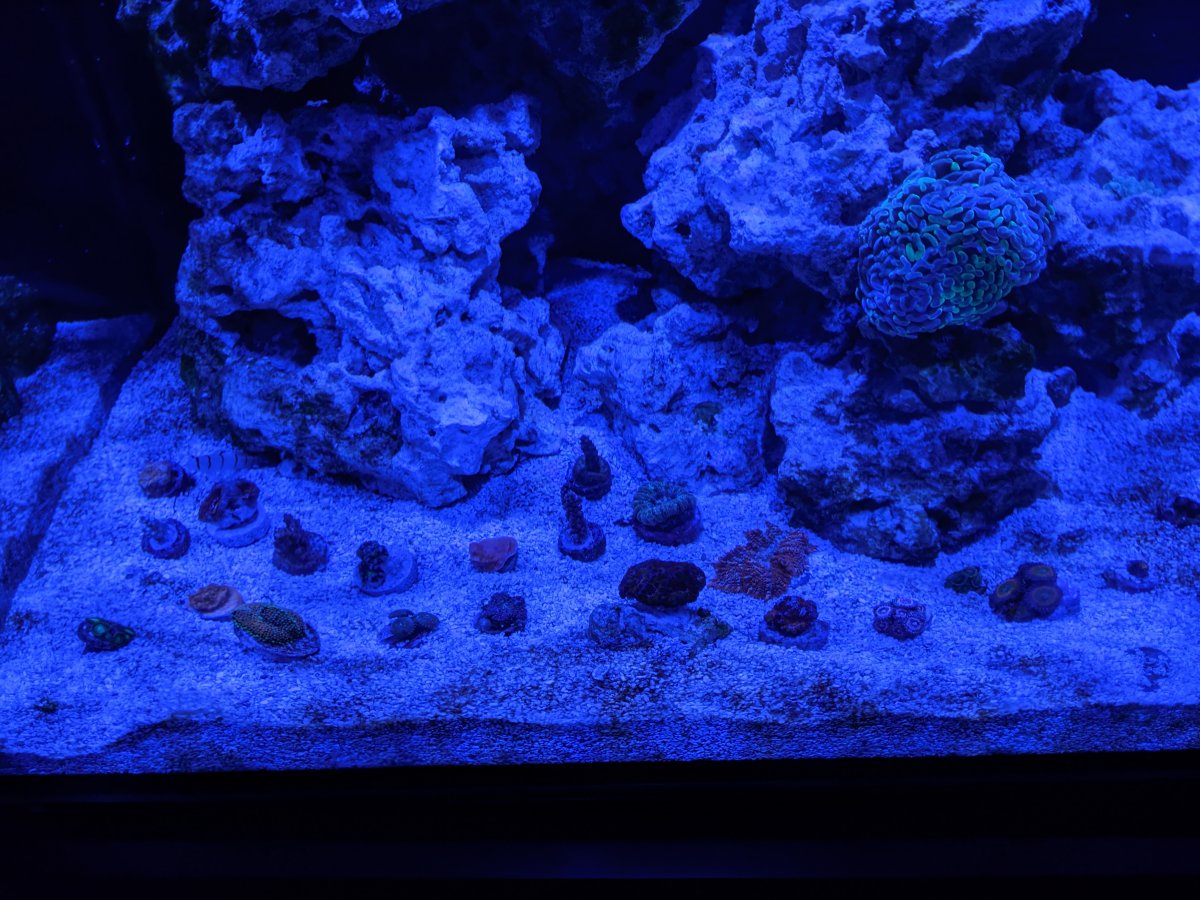 Looking good so far, and I have to say that custom lid is pretty.

Was this an artfully acrylic one?