Rating - 0%
0   0   0
I've set this tank up for two reasons, first off all the main display has been going downhill of late. Despite my best efforts I still somehow ended up with AEFW in the tank. They are low in number and I am doing my best to combat them but once they get into an SPS-dominated tank like mine there is no real way to beat them without removing all the Acro's from the tank. They are being kept under control but it's not a battle I'm convinced is winnable long term. Secondly, I have been having other issues such as cyano and dino's outbreaks and certain SPS just seem to be going downhill for no reason i can figure out. ICP test is imminent.

So this tank will act as a lifeboat for my best Acro's. I will take frags of all the best acro's I have and carefully make sure they are pest-free and grow them in this tank. I also made a lot of mistakes when setting up the scape in the main display, there is too much rock for the volume of water and I would have gone for a much more negative space style of scape had I known I was going to become an Acropora nut. So this new tank has been scaped with plenty of open shelves sticking out that will make the acro's easier to manage and get flow to.

I also want to show what's possible in a small budget build. That with the right approach you can keep the higher corals in the hobby in a relatively small cheap tank.

The tank is an older eaReef 600S. It has a no weir just a drain pipe and return pipe. Dimensions are 600mm (L) x 500mm (W) x 450mm (H) and it holds about 167L so it's borderline nano. But I would not try to keep Acro's in anything smaller. I have wrapped the cabinet in black vinyl (it was white). Picked it up used without plumbing for cheap.
The lighting is an ATI 6x 24W T5 with 1 x 75w LED Hybrid power module. (these lights are probably the best lights ever made for sheer SPS growth).
Iquatics universal hanging bar
Return: 1500LPH AC return pump (unknown brand)
Flow: 1 x Jacod SW-2 powerhead and 1 x Hydor Koralia Nano 900
ATO: TMC V2 auto top-up
Skimmer: Bubble Magus curve 5
Heating: 300W Titanium heater with D-D Dual Heating & Cooling Controller.
Filtration: Standard 4inch filter sock holder and filter socks
Dosing: Jacod twin dosing pump
Seneye reef monitor
D-D Mesh jump Guard.
The scape is made from some old Aquaroche ceramic towers and lumps I have lying around. Held together with putty
Sand Ocean Direct live sand
2kg of Aussie live rock to seed that tank.
Since this tank is kinda a budget build, I bought the tank and light unit second-hand. Most of the equipment I already had lying around. It still ended up costing a fair bit of money all in by the time I paid for the light, the hanging kit, the mesh top the sand and the plumbing, and so on.

I have used Ocean direct live sand and also got 2kg of real live rock. I have never started a tank with 100% dry and I never will. Doing so is just a world of problems waiting to happen so hopefully there is enough between the live sand and live rock to avoid a lot of the uglies.

The next step is to add a couple of small clowns and clean up crew once I feel that the tank is capable of sustaining them. It will be at least 3 or 4 months before I start adding in any Acros but I may add some LPS and easy SPS as test corals before then.

I also have a YouTube channel document this tank: https://www.youtube.com/channel/UChG8ZQAWTWIBQJUygVJvpGg

I am Scottish so prepare for the accent! 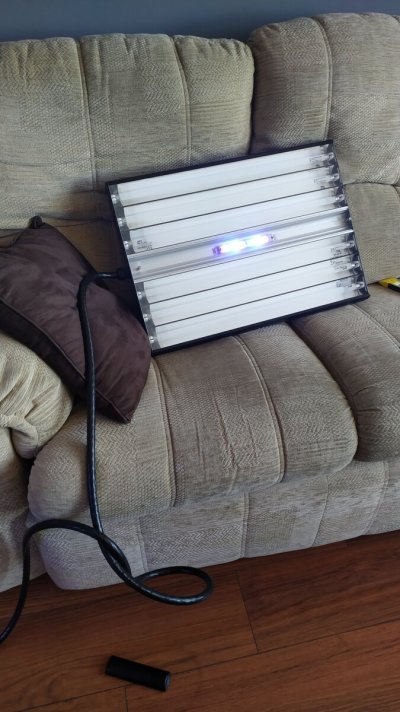 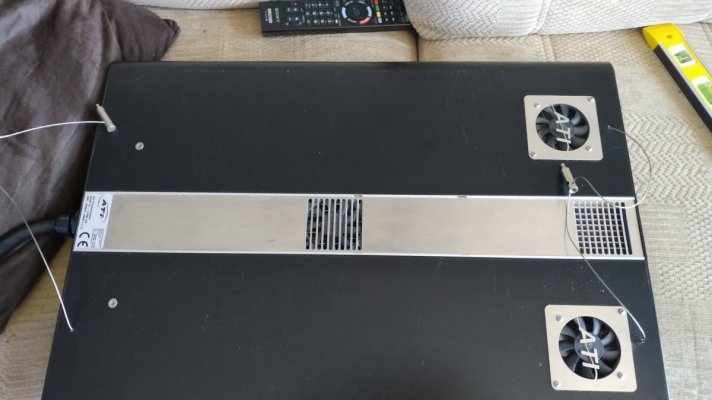 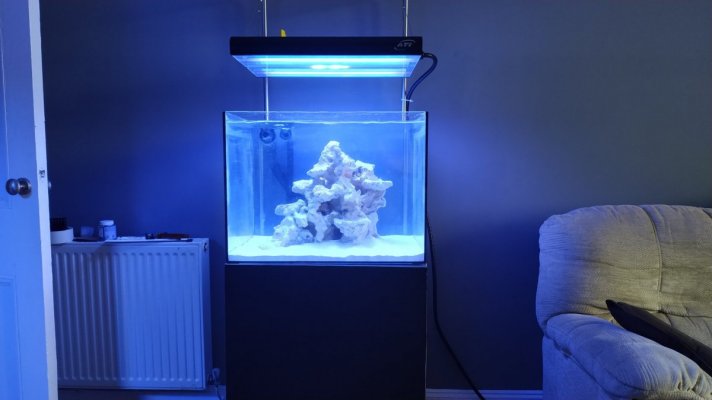 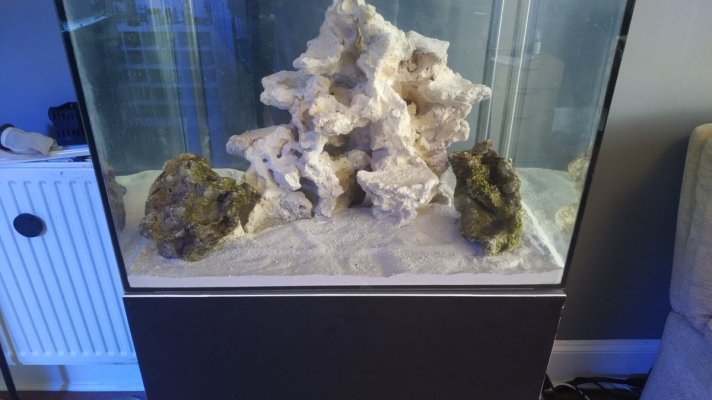 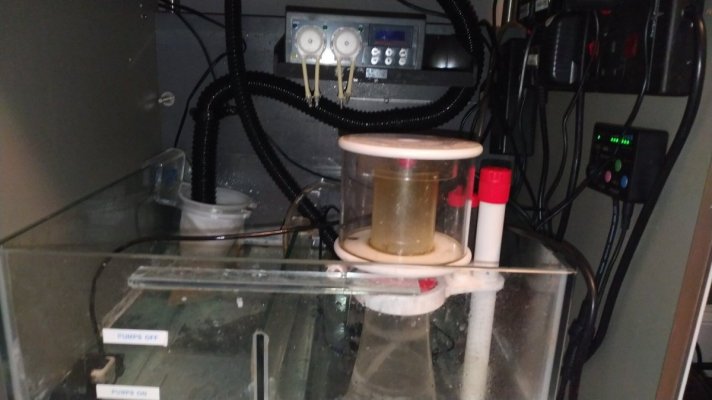 Here is the second update so far:

So update on how the tank is doing. There has been a massive algae/ bacteria bloom. I can hardly even see into the water. It's been like that for a week now. I guess that's what happens when you put the uncured live rock into your tank. I also add a couple of snails and hermits into the tank.

TheMantisReefer said:
How is it doing now?
Click to expand...

It's doing well, check out my latest update:

Rating - 0%
0   0   0
So the tank has been up and running for 6 months now and it's doing really well. I have moved over a lot of corals from the shutdown of the reefer 350 so the tank is getting nice and full. It's actually quite a good example of what can be achieved in 6 months. Some people say don't even attempt sps until 6 months well they are doing fine for me. Currently only dosing 16ml per day of All-for-Reef and 2ml of ATI nutrition phosphate. Feed the fish a mix of frozen, flake, and pellet.

Nutrients:
Phosphate 0.03
Nitrates are undetectable on my kit.
Alkalinity 8dkh
calcium not measured
mag not measured

I add two mp10s and a slw-10 for flow and I have put new tubes into the ATI Power module hybrid 2 x blue plus, 2 aquablue specials, 2x pure actinic.

Check out my latest Youtube update for more details and a closer look at the tank: 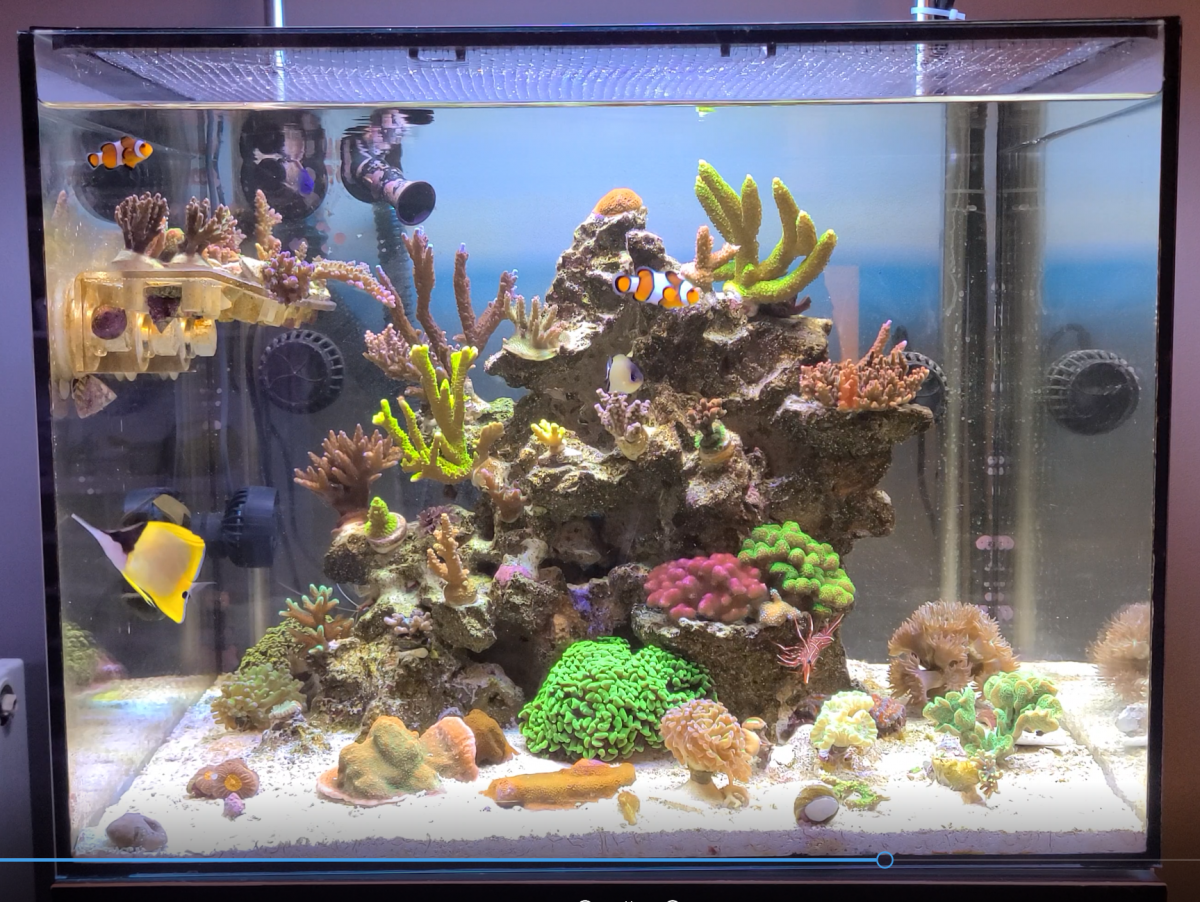